Clounmacon, road repairs in 1939 and style on Ladies Day

They had a great community gathering in Clounmacon on the weekend before Listowel Races 2015. People travelled from far and near to relive old times in the Community Centre, formerly the old schoolhouse. 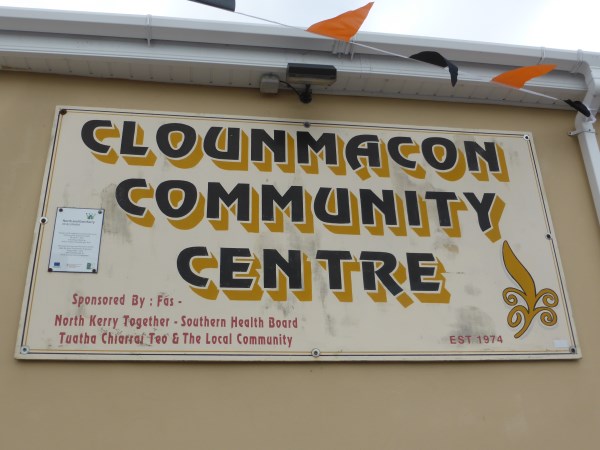 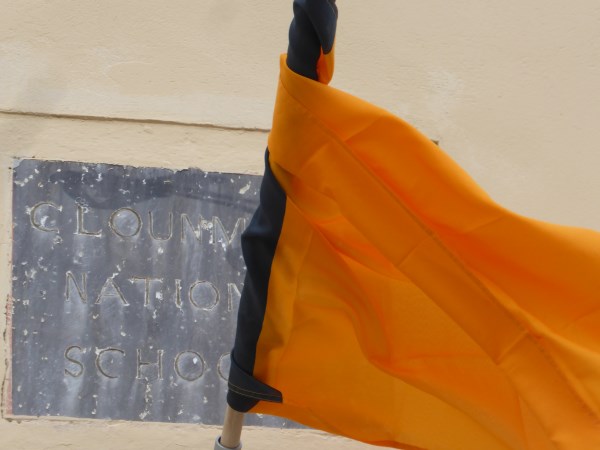 Here is an extract from the Dáil debates of 1968.

asked the Minister for Education if he is aware that the parents of the children attending Clounmacon school, County Kerry, are protesting strongly about the condition of the school; that a site was purchased for a new school over two years ago; and that a pump has already been sunk on this site to provide a piped water supply; and if so, if he [1731] will now give the cause of the delay in sanctioning the erection of the new school.

An investigation of the future trend of enrolments at Clounmacon school, County Kerry, indicates that in a few years time the average enrolments will not warrant the retention of a third teacher in the school. I am fully satisfied that it would be educationally unsound to create through the building of a new school a position in which the children of Clounmacon would for the next 80 years or so be dependent for their primary school education on a two-teacher school.

I am prepared, however, to have temporary works carried out in the existing Clounmacon school to render it suitable for a few years until future trends are finally established. The School Manager has been notified accordingly.

Is the Minister aware that this school is in a shocking condition? The roof is in danger of collapsing; the ceilings are cracked. One teacher said he could not see the pupils in the back seats.

The school closed in 1975. Shortly after the building was taken over as a community centre and, as such, still serves the people of the area well.

I was in the centre for the first time on Saturday Sept 12 2015 and I met some past pupils who were on a trip down memory lane. 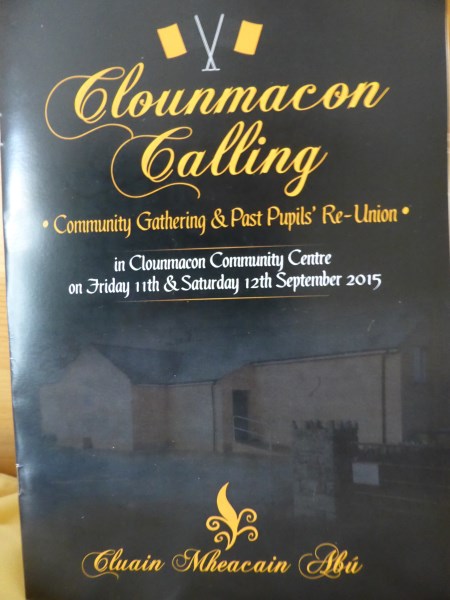 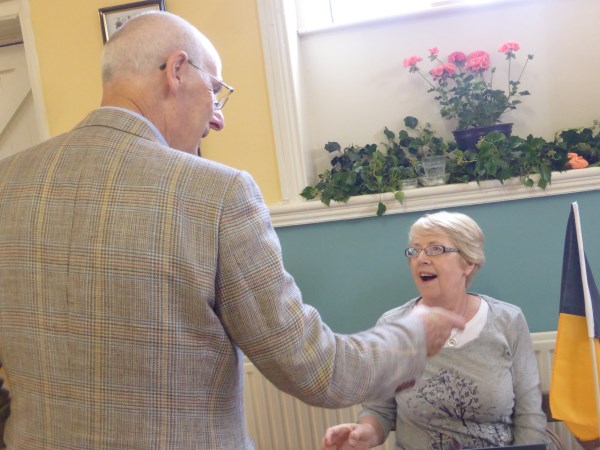 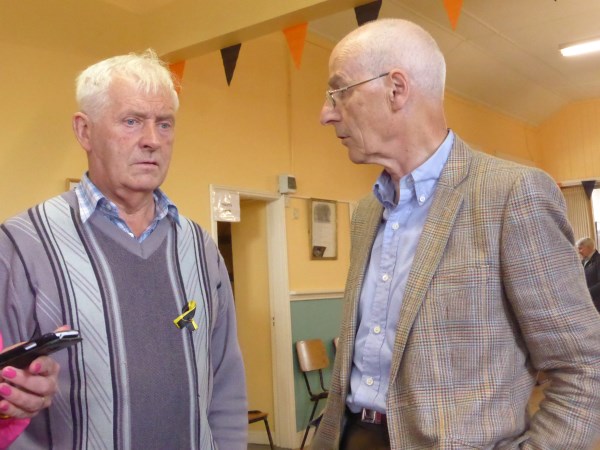 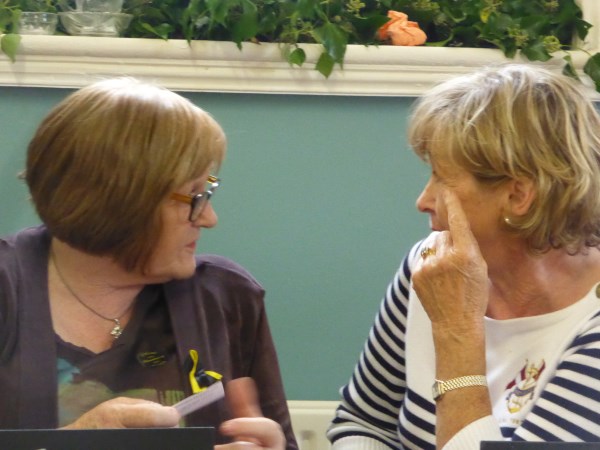 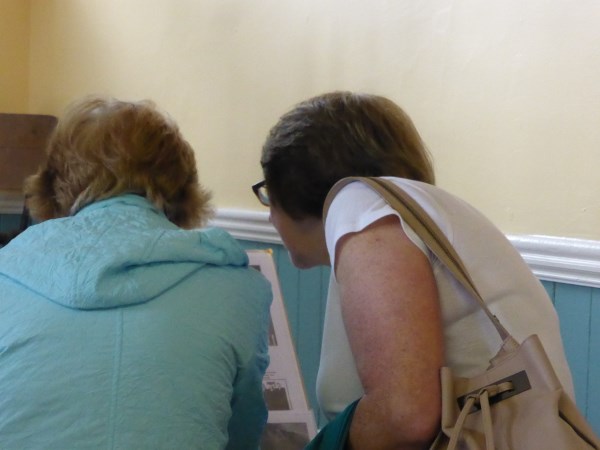 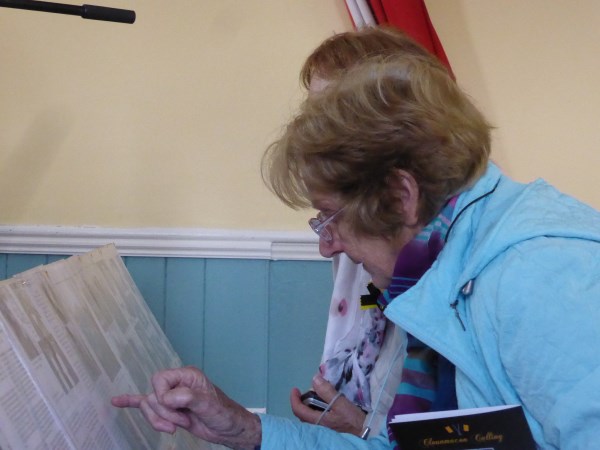 Meeting old friends and chatting about old times was the order of the day. There were photographs galore, a video of times past and lots of articles to read.

Clounmacon was a two room school first, then an extra room was added on and finally, when numbers declined that extra room became a store for turf. There was no central heating here. There were two open fires and in the memories of some past pupils some teachers hogged all the heat by sitting or standing directly in front of the open fire and blocking the heat from the pupils.

Milk or cocoa was the usual beverage and the bottles in which it was brought were left beside the fire to heat. They were frequently turned to prevent them exploding in the heat..

Corporal punishment was meted out freely, even though the pupils were generally well behaved and polite.

The school had a high turn over of teachers, some remembered with great fondness, a few best forgotten.

The most famous teachers to work there were William Keane, father of the playwright John B. and Bryan MacMahon’s mother. John B. writes in his autobiography that his father walked the three miles from Listowel to Clounmacon every morning and the three miles back every afternoon.

After the recent heavy rains our roads are in a dreadful state of disrepair. I have recently learned of a scheme in former years that might be worth taking on again.

From an account in  The Tralee Mercury of 1936  it would appear that local people looked after the roads and kept them in good repair and they got paid for it:

1 Daniel Madden and Timothy Carr, for repairing the bridge of the Commons on that part of the road from the sea at Ballybunion to Ballylongford, on the lands of the Commons, contracted for by James Leonard, securities, Thomas Lynch and Denis Harty.

2 John Foley and John Casey, for rebuilding the bridge of Bromore, on the road from the Cashion Ferry to Tarbert, on the townland of Bromore, contracted for by James Leonard, securities Thomas Lynch and Denis Harty.

3 Same for repairing the bridge of Lisloughtin, on the road from Bdllylongford to Tarbert, on the townland of Lisloughtin, contracted for by John Casey, securities John Foley and Richard Kissane,

4 Garrett Stack and Mchael Mulvihill, for repairing 331 perches of the road from the sea at Ballybunnion to Ballylongford and Tarbert, between Garrett Stack’s house at Tullihinel and the old cross road at the bog of Ahanagan. contracted for by John Finnerty, securities John Fenoughty and Michael Grady at 6s per.

7 Daniel Madden and Timothy Carr, for repairing 330 perches of the road from the sea at Ballybunion to Ballvlongtord, between the bridge of Ahafona and the cross of Lyre, contracted for by Daniel Madden, securities Wm. Collins and Michael Kissane, at.3s 9d

8 William Connor, for keeping in repair 1716 perches of the road from Listowel, to the Sea at Ballybunnion between the Cross of Scortleigh and the Bridge of Ballylouglin, his half years salary.

9 Dennis Golden, for keeping in repair 1593. perches of the road from Ballylongford to Abbeyfeale between the cross of Leitrim and the cross of Gortaglanna, his half years salary

12 Patrick Enright, for keeping in repair 936 perches of the road from Listowel to Glinn between the cross of Newtownsandes and the bounds of the County Limerick, his half years salary.

13 Peter Fitzell, for keeping in repair 712 perches of the road from Listowel to Ballylongford and Tarbert between the Widow Scanlon’s house at Puleen and John Enrights house at Kilcolgan his half years salary.

Some local People at the races on Ladies’ Day 2015 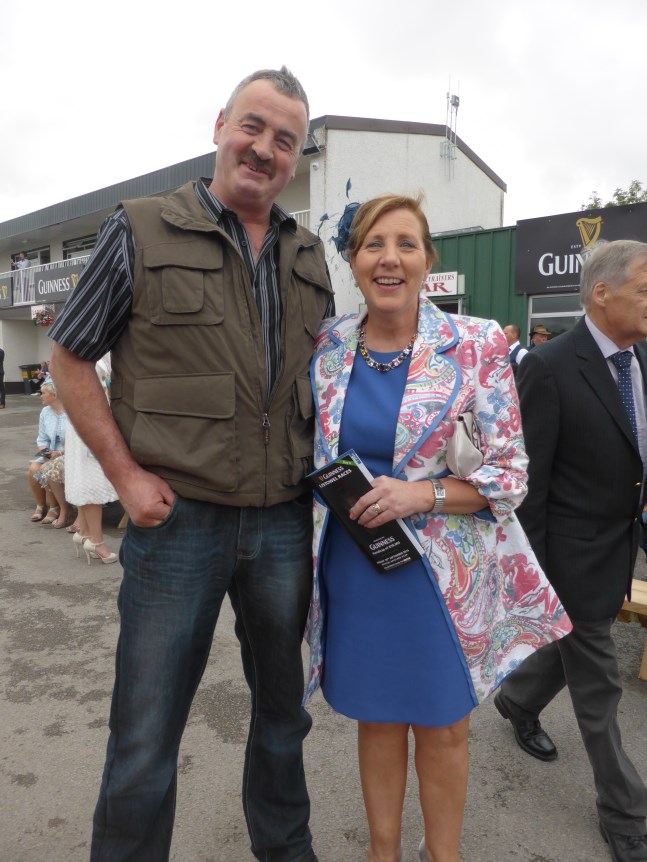 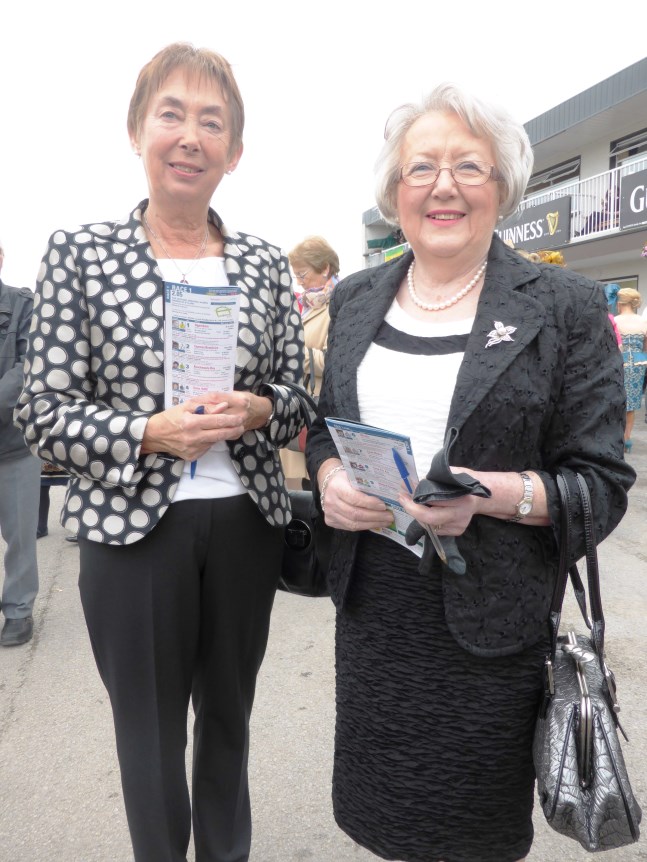 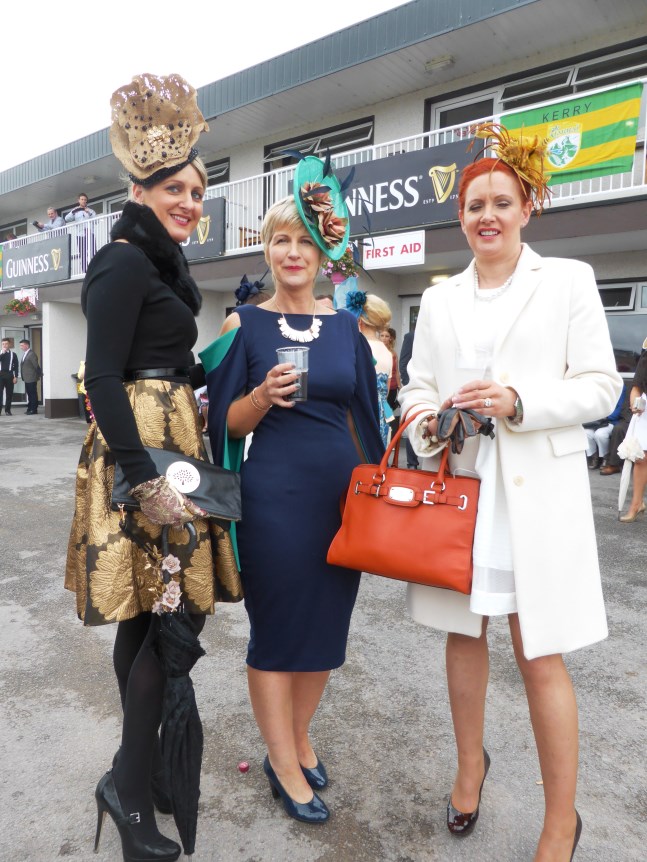 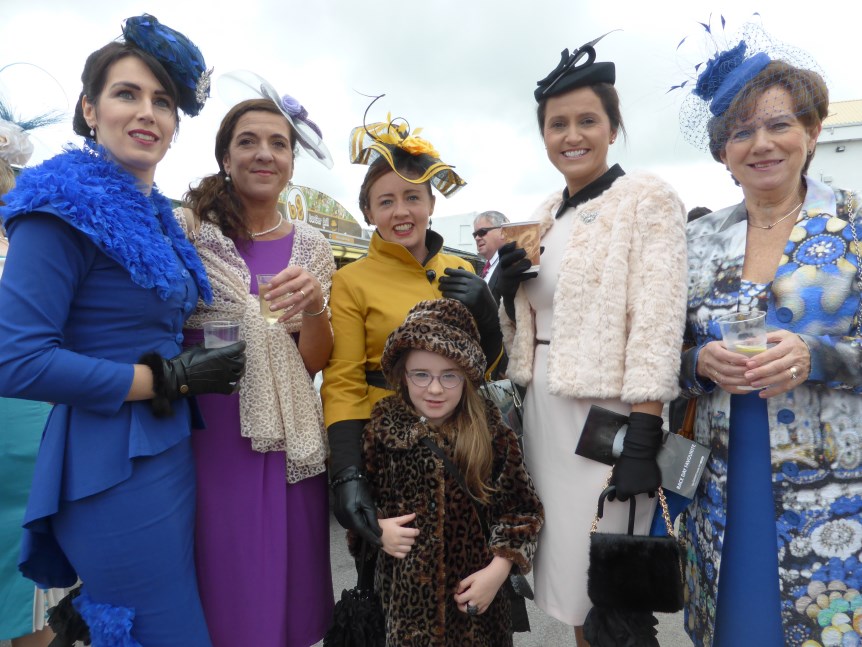 Thought which crossed my mind at a Train Crossing 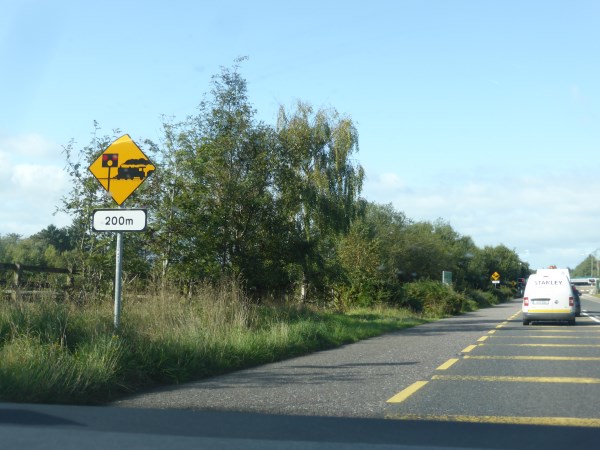 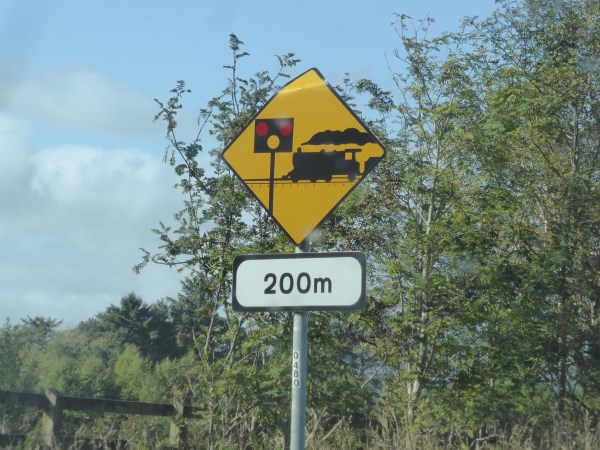 I took these photos while stopped at the level crossing near Glenflesk. Have you ever wondered why the signs feature a steam train? Are the signs that old?