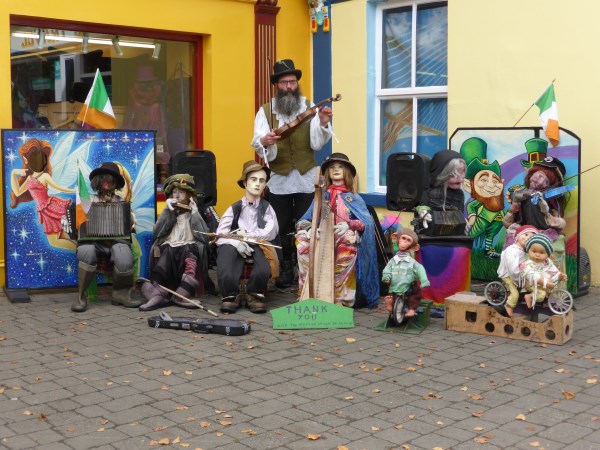 In the corner of Main Street the usual display of dolls and recorded music was in full flow. This year the man who runs this show has dressed up in a  a leprechaun like outfit. I don’t know if this adds anything to this very strange orchestral display. This has become an iconic feature at Listowel Races. 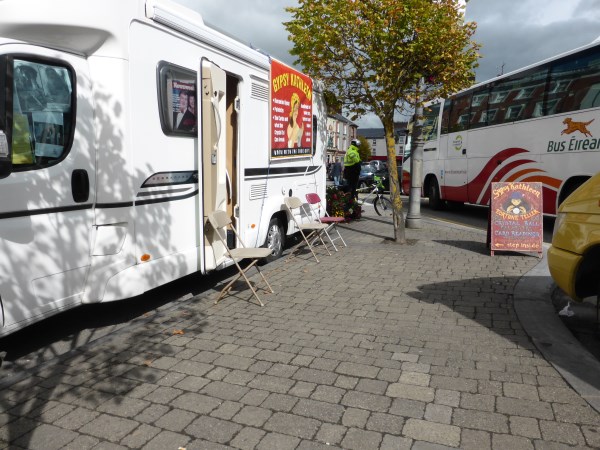 Gypsy Kathleen is in situ in The Square but she is not using her crystal ball to predict winners. 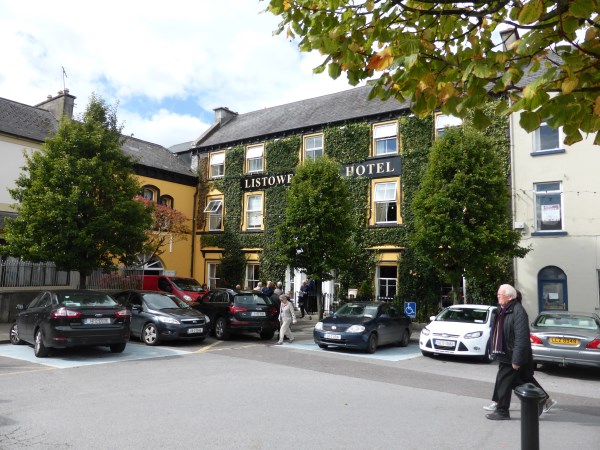 The Listowel Arms was busy. 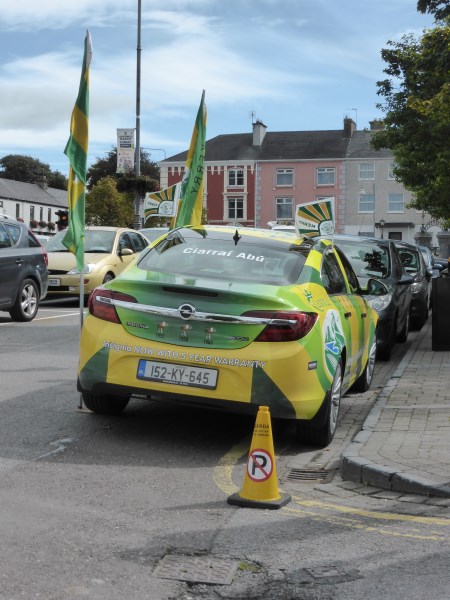 At the corner by The Seanchaí 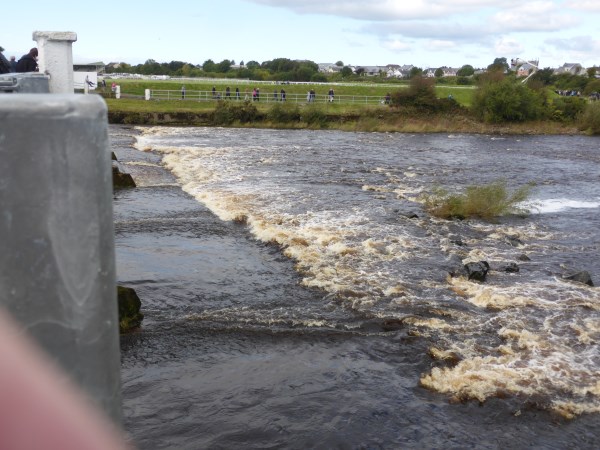 No one in the river but lots of little ones begging on the roadway. 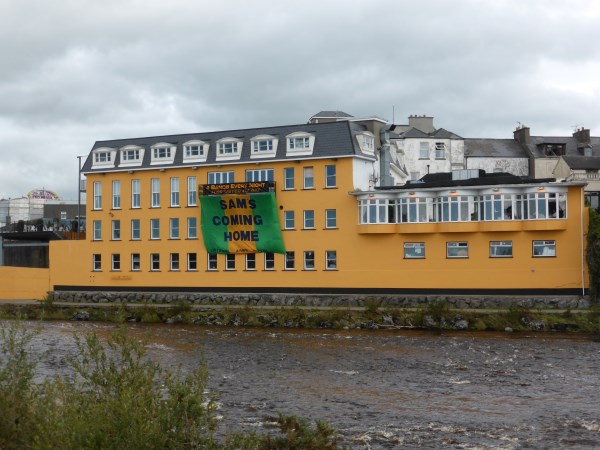 The Listowel Arms were displaying a very confident message of support to the Kerry team.

They will surely have that flag lowered today. 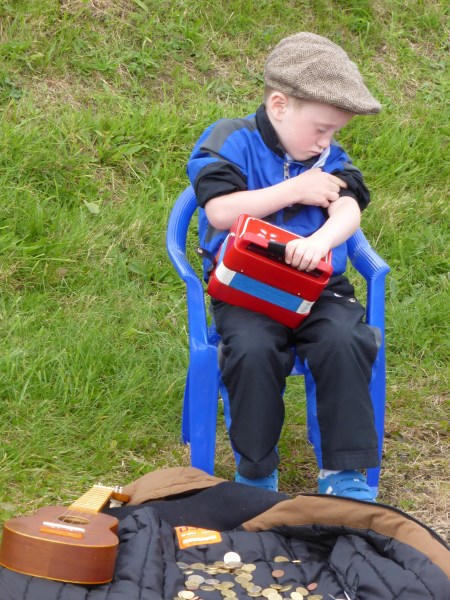 This young busker was rolling up his sleeves in order to get to grips with one or other of his two musical instruments. 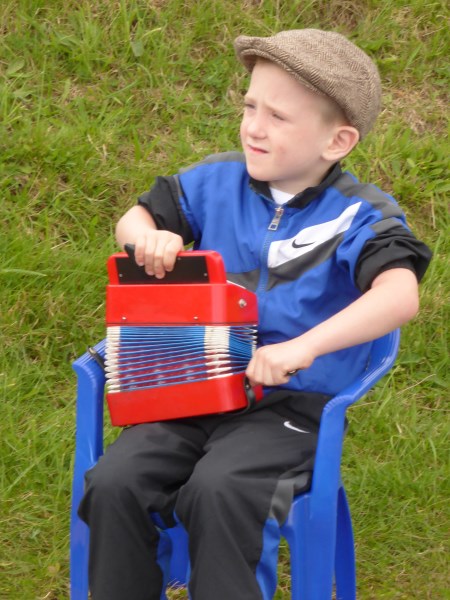 His method of playing the melodeon is a little unorthodox. 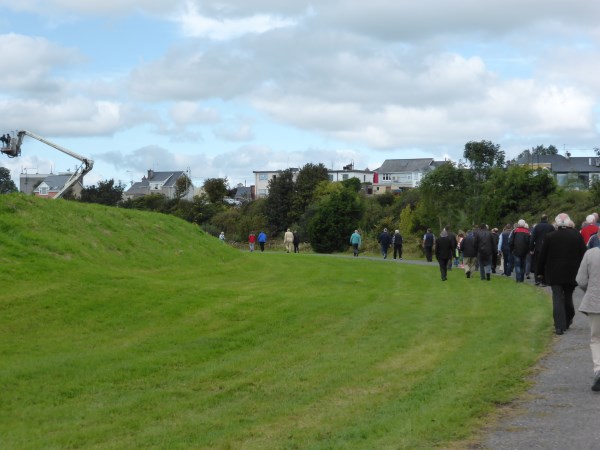 A steady stream of racegoers made their way to The Island.

The racecourse now is one big shopping centre. You could buy all sorts of stuff at The Races in 2015. I think this is a very regrettable development. Especially since it seems to be at the expense of more facilities related to horse racing. A few years ago I was lured by a special offer to invest in a Tote card. This works like a debit card. I put money in, the Tote keep my money and get the interest on it and I put my card into a machine in order to bet at the racecourse. I can also use this account to bet online. I only use this account once a year, in Listowel. Up to 2015 there were lots of locations on the racecourse where I could use my handy little card. There was a kind of Tote bus with lots of machines and people to help you if you had forgotten how to use the card after a year’s absence. This year all that had changed. There was only a fraction of the machines of previous years, no Tote bus and no one to give you a hand if you were in trouble. Many of the machines were broken down and there seemed to be no one on hand to repair them. There was a rough sign saying Customer Service on one Tote window and the service involved this Tote teller, who was also dealing with selling and paying out cash punters, making a phone call to someone who would then come and sort me out.

I had to do this several times. 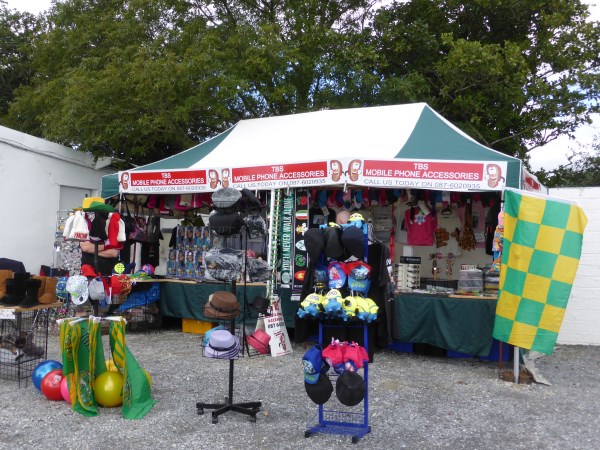 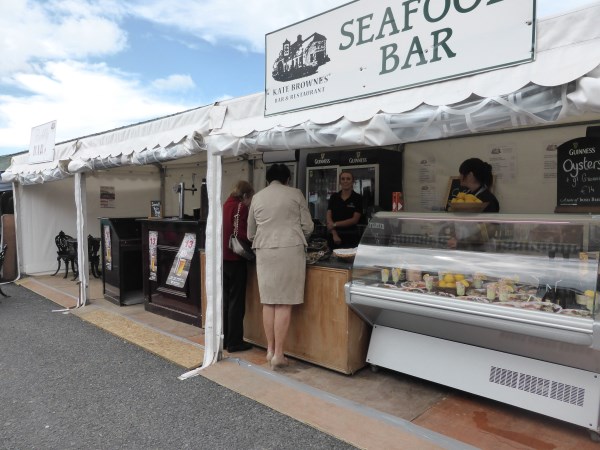 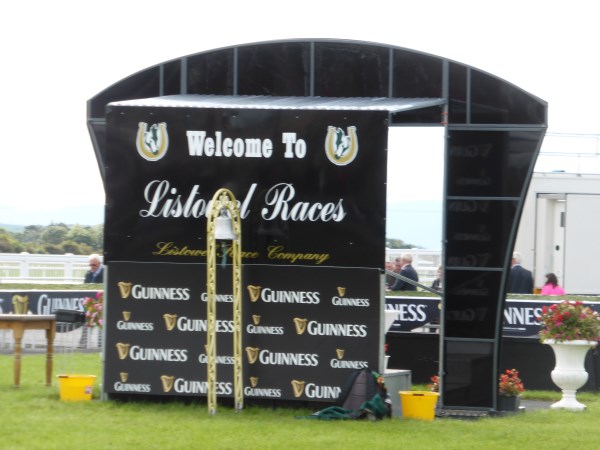 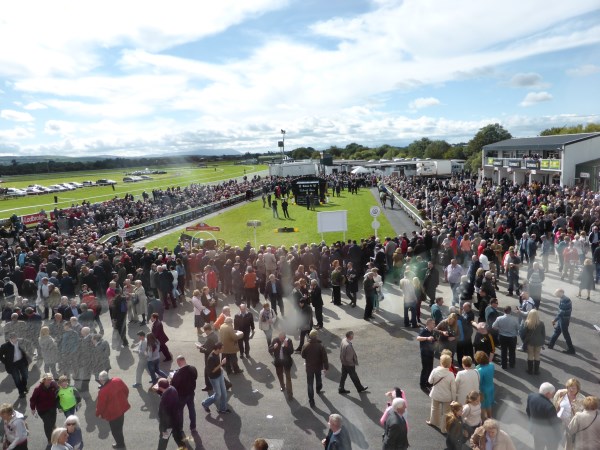 There was a good crowd on Wednesday. 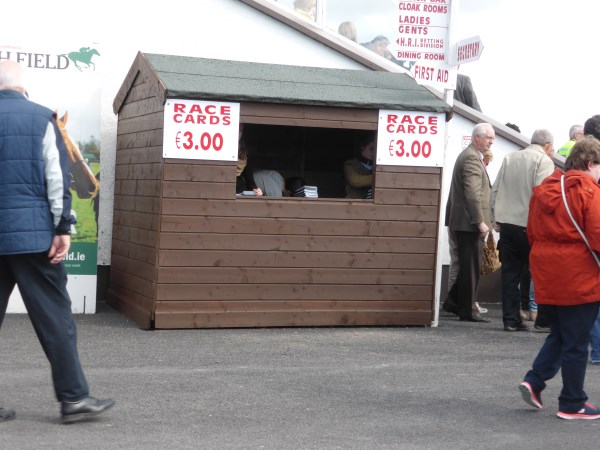 The best part of racing is running into old friends. Below are some of the people I met on Weds Sept 17. 2015 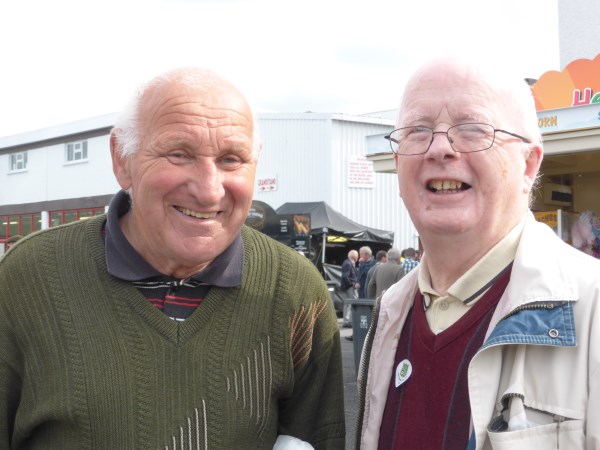 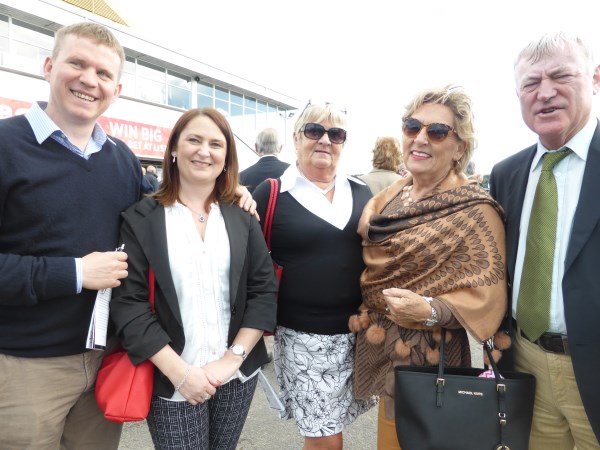 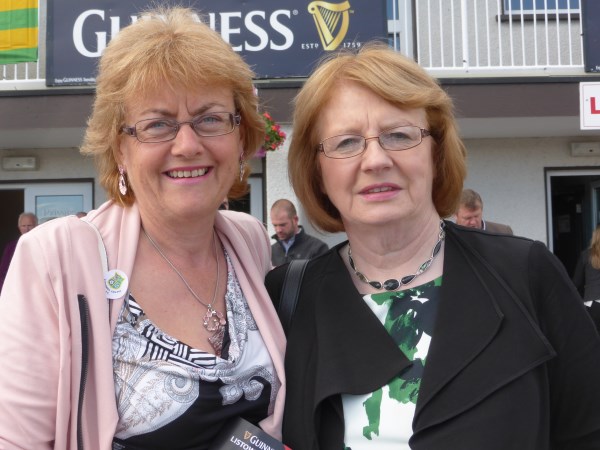 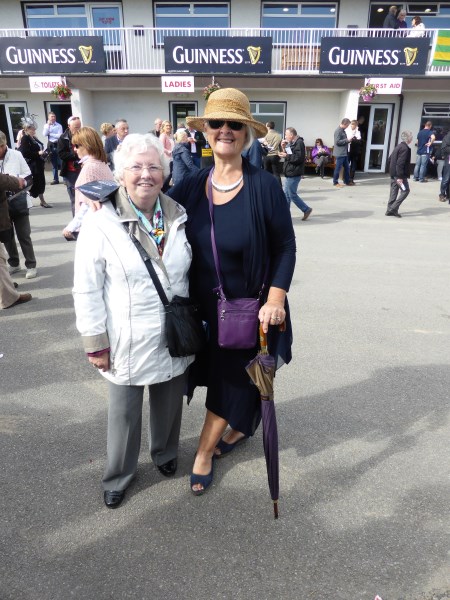 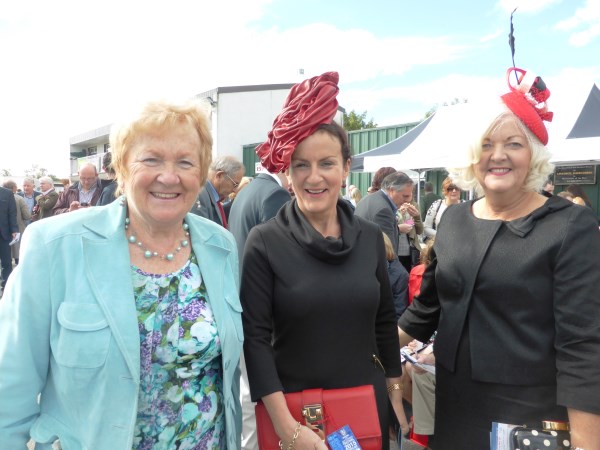 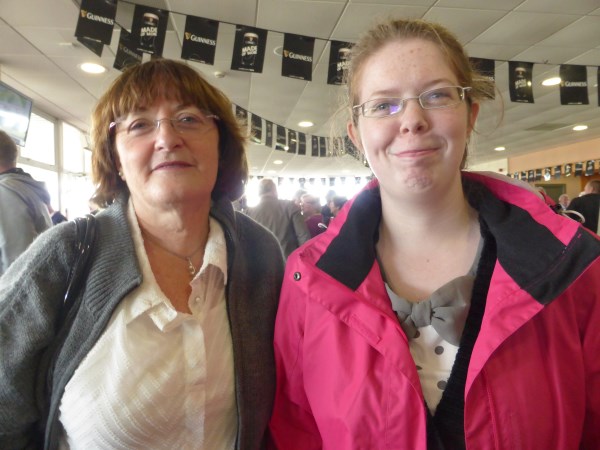 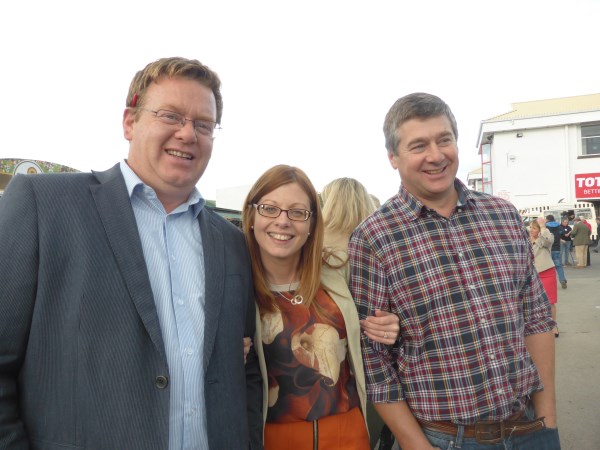 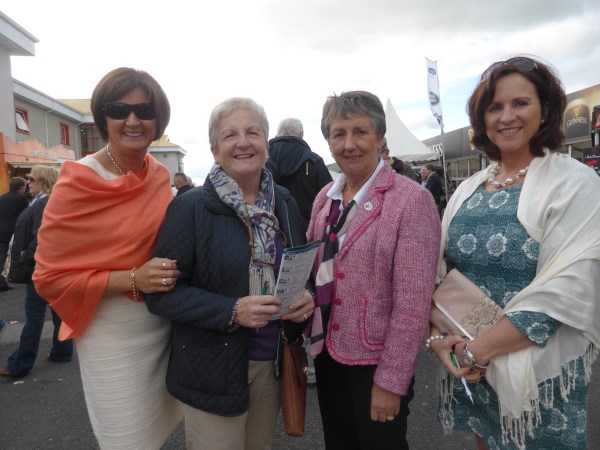 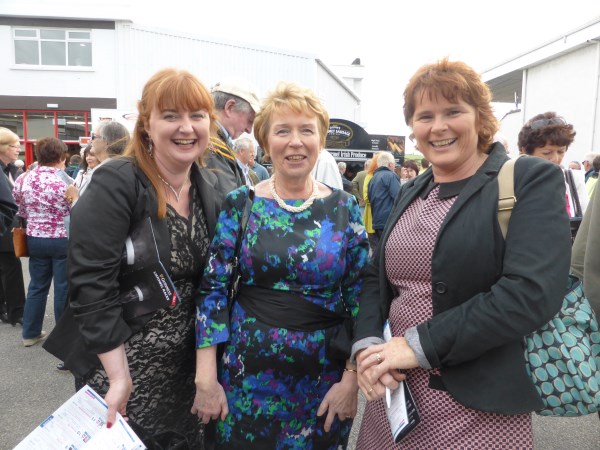 I took loads of photos so if you are interested in “the style” keep checking back here. 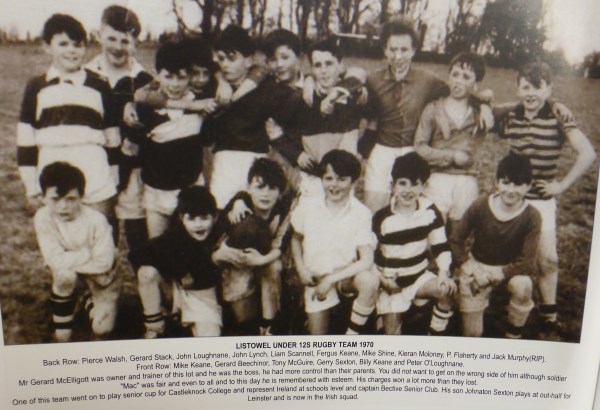 This old photo of Listowel’s u12 rugby team in 1970 was published in The Advertiser some years ago. Second from right in front is Billy Keane and next to him, third from right, is Gerry Sexton, father of Joanthon. 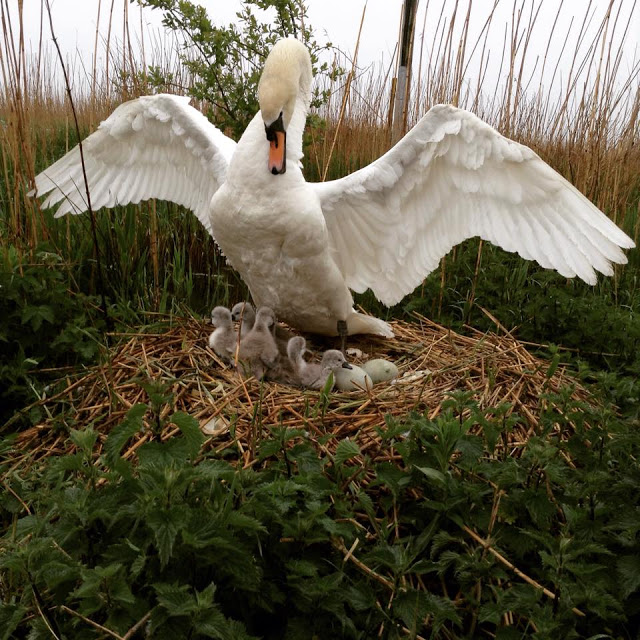 Well, they’re all grown up. Bridget O’Connor who took the original photos went back to photograph them last  week and there they were, big strong teenagers, still with some of their baby feathers and not yet able to fly. 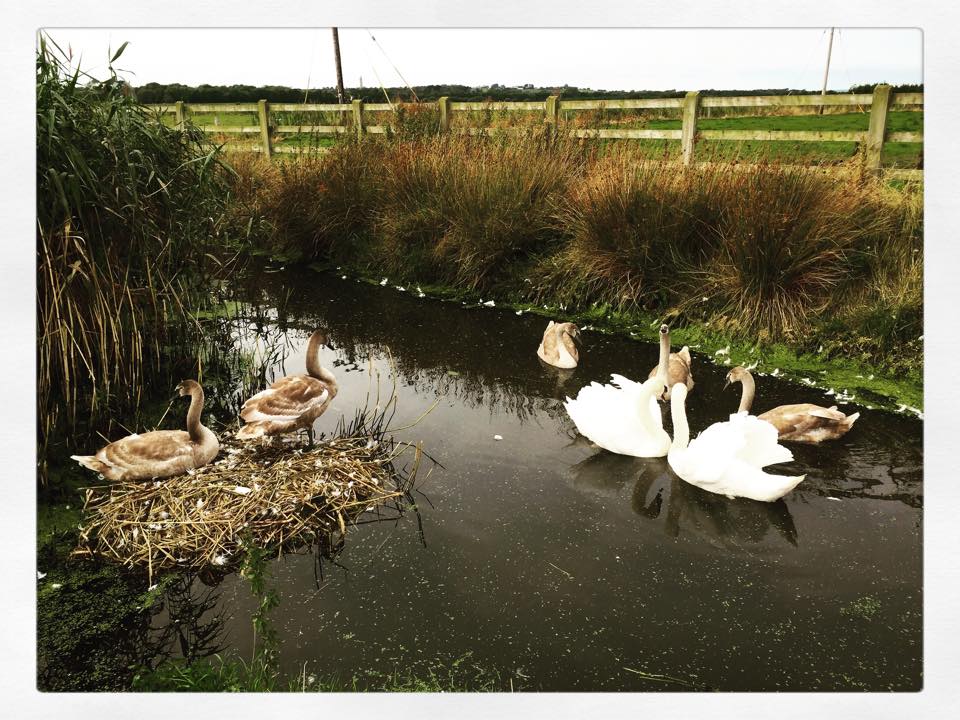 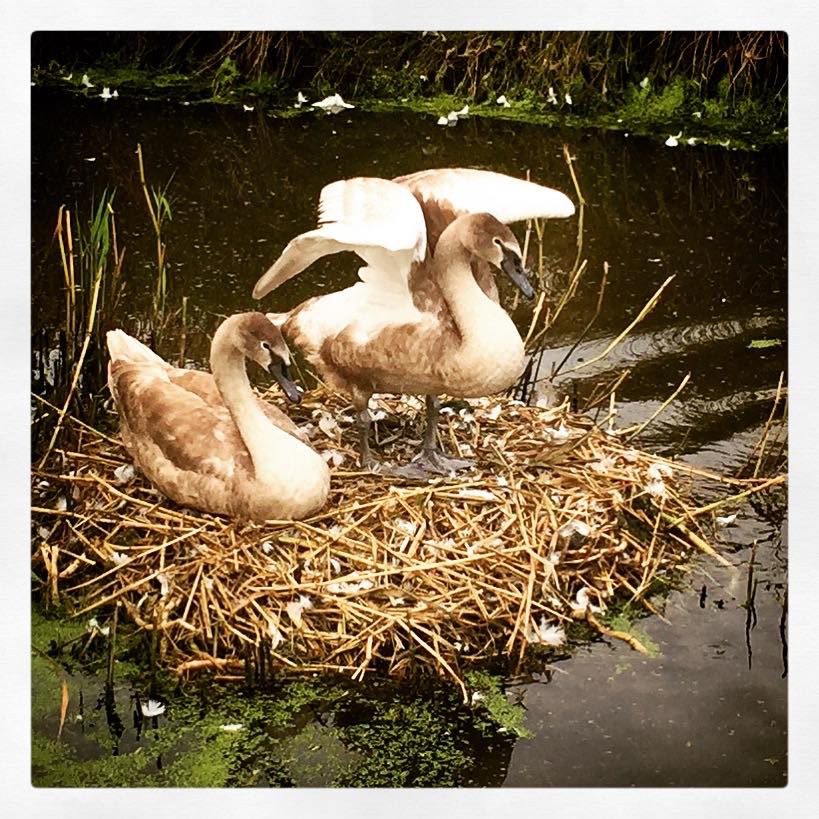 Two of the family seem to have moved out into a nest of their own.