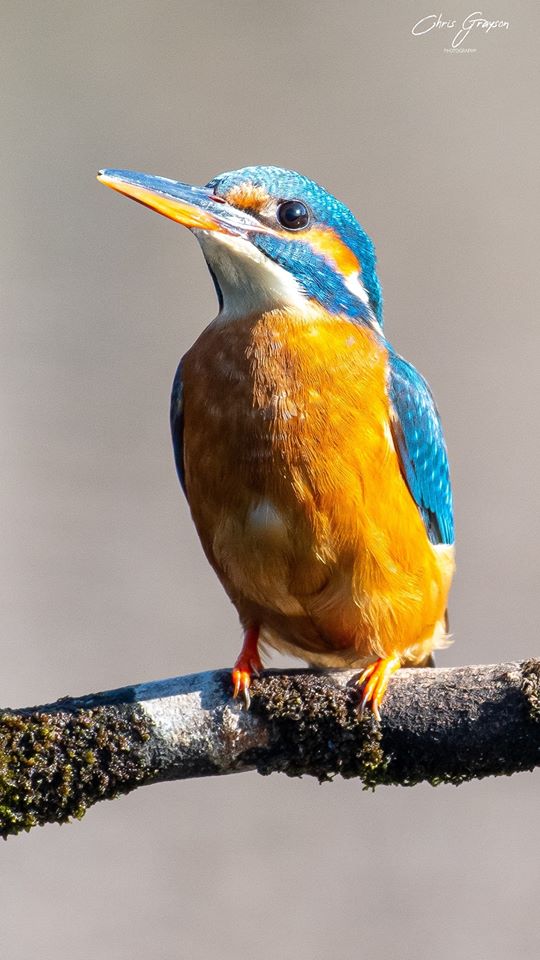 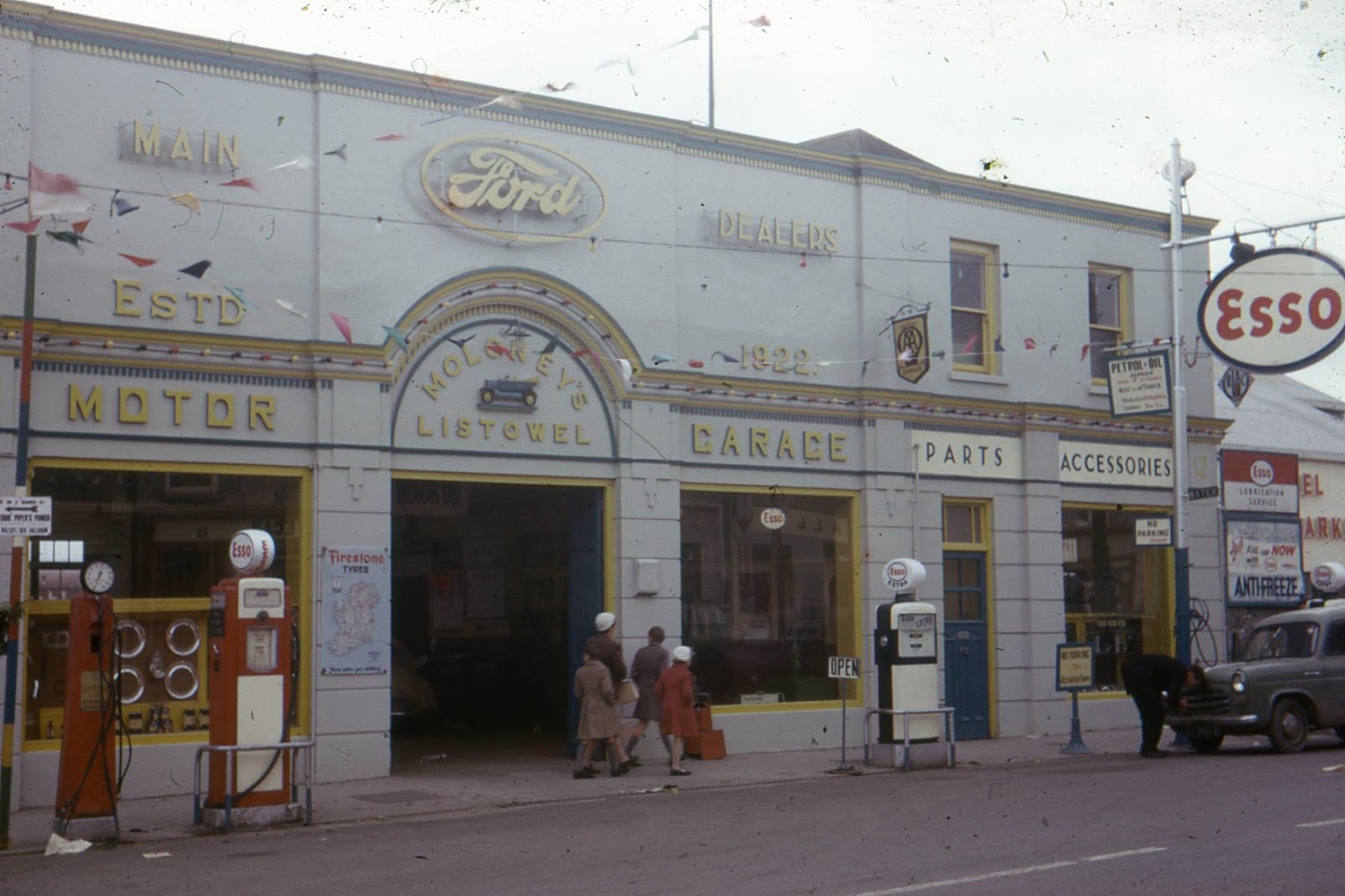 Moloneys was once one of the biggest employers in Listowel. The garage and car dealership was, at one time, located on Market Street where Spar is now.

Flowers back on the streets 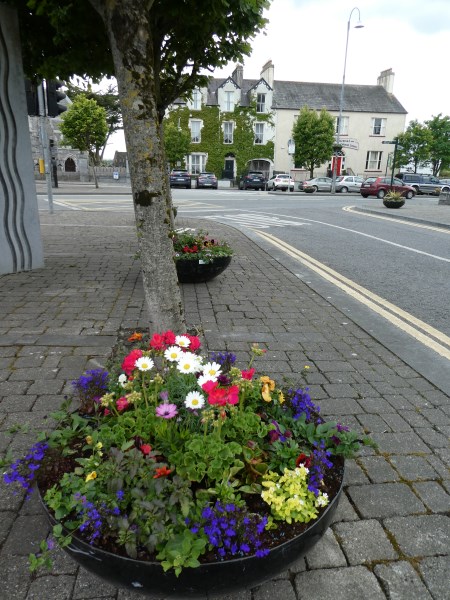 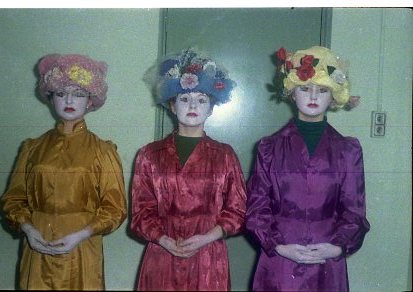 Anyone any idea who these young ladies are?

Do you Remember the fit ups?

I remember well the anticipation and excitement when McFadden’s travelling roadshow came  on its annual visit to Kanturk. The players set up their makeshift theatre and presented a different show every night for a week. I remember The Colleen Bawn was a staple. As well as the play there would be a talent show with local singers, dancers and musicians invited to take part. There would always be a raffle. It was my first introduction to live theatre and it was brilliant. We had Up Cork shows and local pantomines in The Edel Quinn Hall and, of course, the circus but the full week of entertainment was the highlight of my cultural calendar back then.

I didn’t know the Listowel connection until I read the following obituary in the Kildare Nationalist. 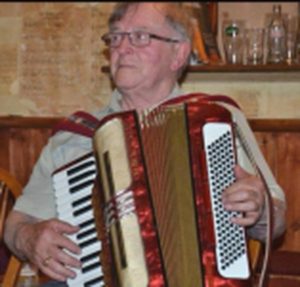 The death has occurred in Athy of popular and highly respected former showman Michael McFadden.

Michael, who was a member of the well known show family, was a fantastic and talented musician who played with numerous groups during his life. He passed away peacefully surrounded by his loving family on Sunday last 14 June.

A private funeral Mass will take place, due to government advice regarding public gatherings. The funeral Mass will be live-streamed on St. Michael’s Parish Church, Athy, website tofday Tuesday morning at 11am, see www.parishofathy.ie.

Here we reprint an extra t from an eye on the Past column by Frank Taaffe on Michael’s life published in the Kildare Nationalist  in 1995.

Michael’s grandparents operated the Belfast Hippodrome over 100 years ago. James McFadden, his grandfather, was a violinist and his grandmother Catherine the business woman who ran the Hippodrome for many years. Artists were brought to Belfast from abroad for the weekly shows produced on the Hippodrome stage and strange to relate one of those acts were John and James Duffy who were later to establish the famous Duffys Circus. The Hippodrome in time was to close and the McFaddens took to the road crossing and re-crossing the 32 counties with the McFadden Variety Roadshow.

Michael’s father married Catherine Hayes, daughter of the owner of Hayes Roadshow and both continued to travel with the McFaddens Road Show. With the usual mixture of variety acts followed by a second half film show road shows were popular in every town and village in Ireland. Travelling by caravan pulled by horses in the early years and later by motorised power the road shows generally stayed a week in each area. Michael’s Uncle, Jack McFadden, in keeping with the travelling show tradition married another show person and their sons were Jimmy, Henry, Teddy and George McFadden of the famous McFadden Shows of recent times.

Michael’s grandmother died in 1938 at a time when his father had temporarily retired from show business to live in Limerick City. Michael attended school in Limerick until 1942 by which time he had learned to play the violin. The McFadden family again took to the variety road show circuit by joining the Hayes Road Show owned by Mr. McFadden’s father-in-law. For a year young Michael followed the nomadic life, moving with his family and the travelling show from one venue to another. Every Monday it was a new town and a different school for Michael whose education continued while he was on the road. At the same time he played a violin solo at each nightly performance.

In 1943 the Hayes Road Show set up in Ballylinan, Co. Laois and when the tent stakes were pulled a week later the McFadden’s family caravan stayed behind. The time had come to settle down and Athy was the chosen town. There was no previous family link with Athy but a small house was rented in Blackparks on the Kilkenny Road and the caravan was sold off to Jimmy Lannigan in Ballybough.

Michael’s father was signed up by Paddy Gibbons of Barrack Street to work in England where workmen were scarce during the World War. After a few years the McFadden family moved to James’ Place which was nearer to town and just off the Kilkenny Road. While living in Blackparks the musically talented young Michael availed of the opportunity to play violin with the Hughes brothers of Rosebran. They were noted musicians in the traditional style and they imparted their enthusiasm for music and the playing of music to young Michael McFadden. In time Michael was to master in addition to the violin the guitar, trombone and piano accordion. He joined the Levitstown Ceile Band playing the piano accordion and sharing a platform with Jimmy and Paddy Hughes, Tom Fingleton and Mrs. Culley. It was to be the first of many musical combinations with which Michael was involved.

Later he joined the Sorrento Dance Band when it was reformed by Paudence Murphy in 1951. Paudence was Band Leader with Michael on piano accordion and vocals, Paudence and Andy Murphy on saxophone and Dinny Pender on drums. Michael ever the musical virtuoso went on to play the bass guitar when the emergence of Beatles and their music necessitated a shift in musical presentation.

For eleven years into the 1980’s Michael and Eamon Walsh played together under the name The Sapphires. It was the emergence of the sing along sessions in lounge bars, especially Malachy Corcorans in Leinster Street, now Kanes, which gave Michael the opportunity to develop as a solo artist. The piano accordion remains the main stay of the latter part of Michael’s musical career which is still going strong.

The show man’s son born outside Listowel Co. Kerry on 27 June, 1932 while the McFadden Show was on the road surely has show business in his blood. From the McFaddens of the Hippodrome of Belfast to Michael McFadden of Athy there are but three generations, all show business people entertaining others in the best show business tradition.