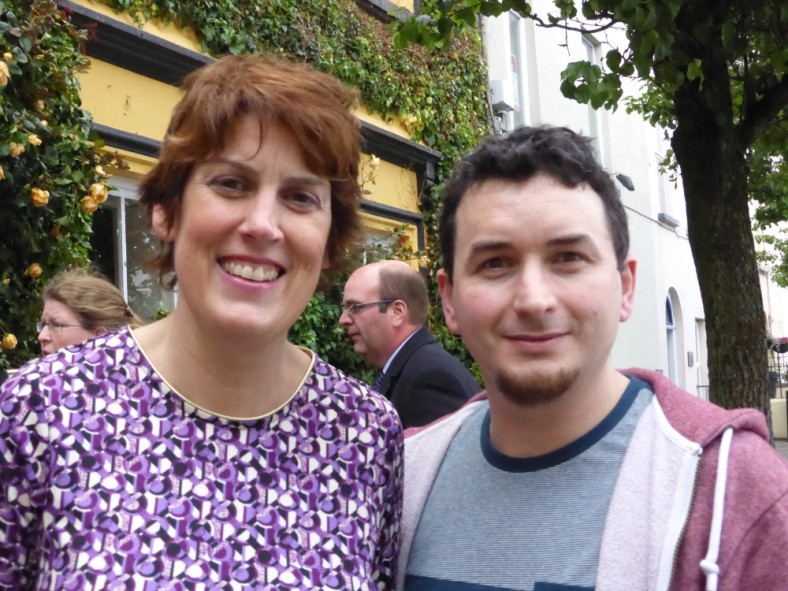 Máire Logue was meeting and greeting the stars of the show. Here she is with a man who grew up within yards of my family home in Kanturk. Will Collins has gone on to great things as a scriptwriter. His Song of the Sea script will be hitting our screens soon. Well worth seeing. He was in Listowel as part of Listowel Writers’ Week’s Operation Education. 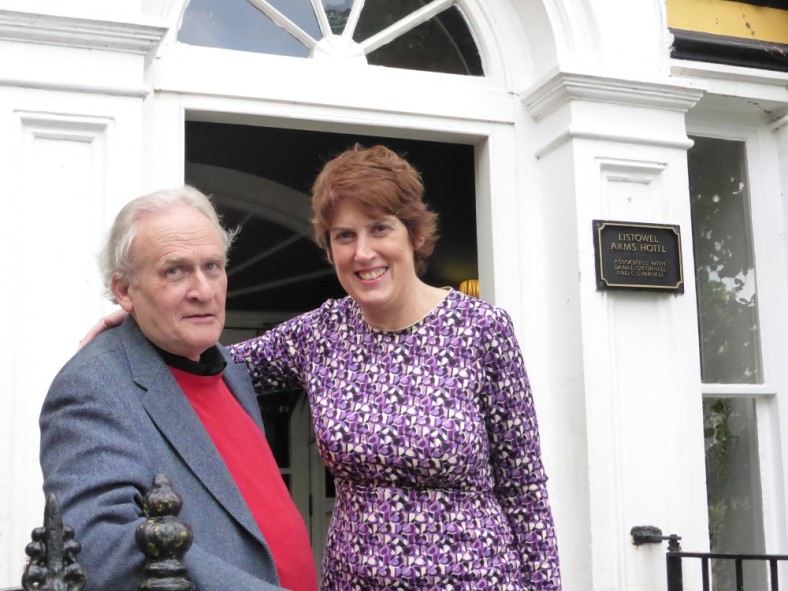 Poet, Paul Durcan was another participant in Operation Education. 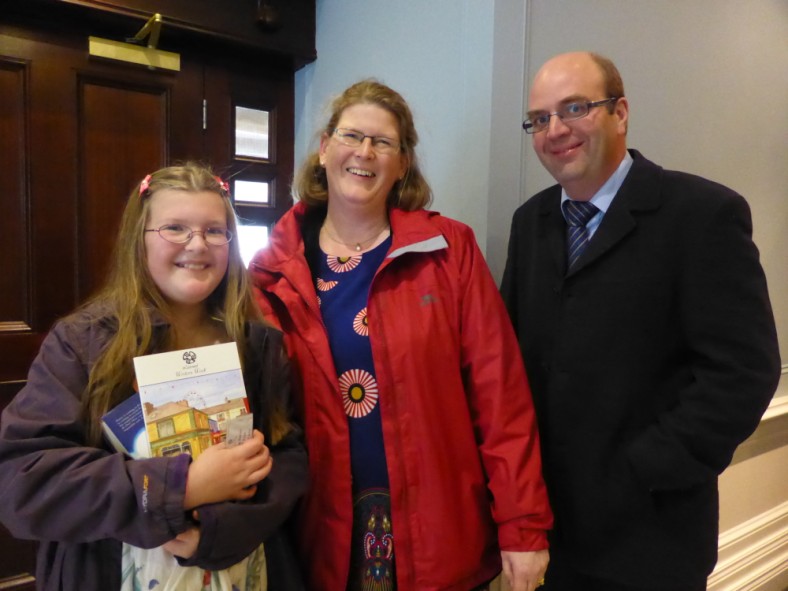 This prizewinner and her parents got here in good time 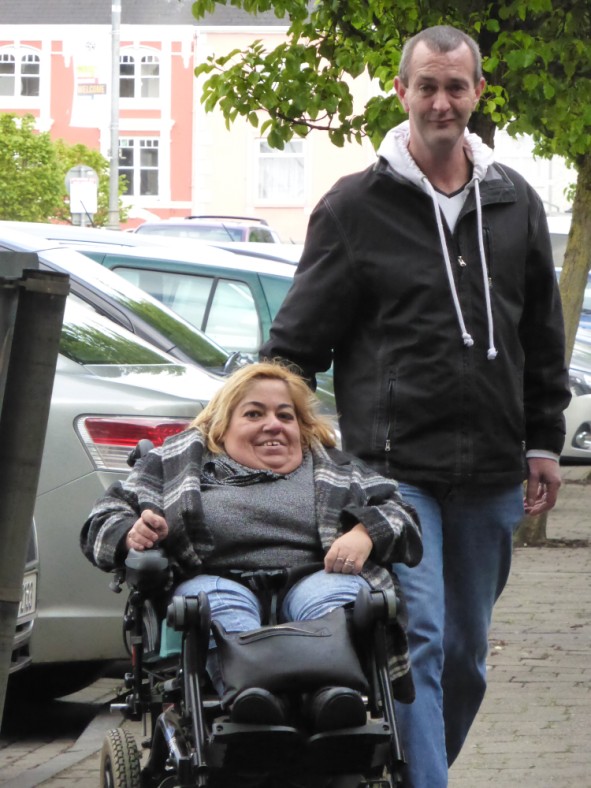 Margaret and Jerry making their way to the Arms. 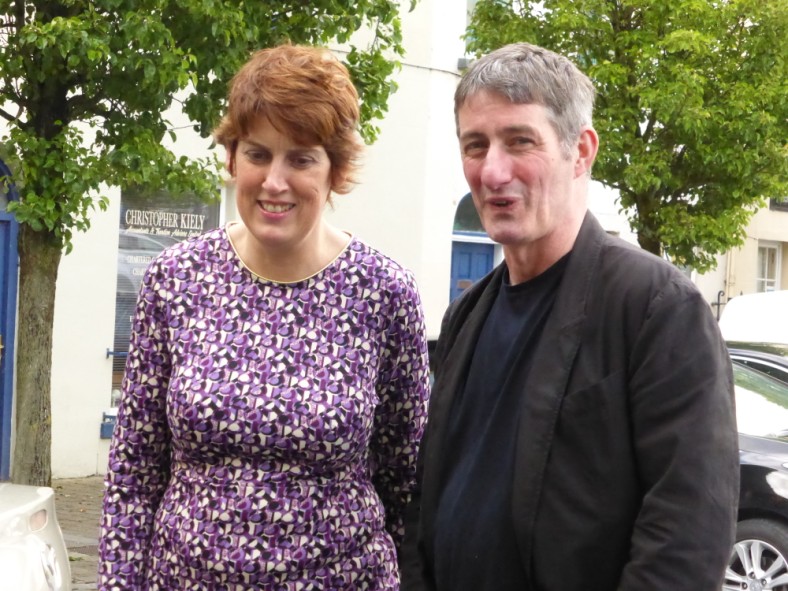 Máire with the winner of the Kerry Book of the Year Eoin McNamee. 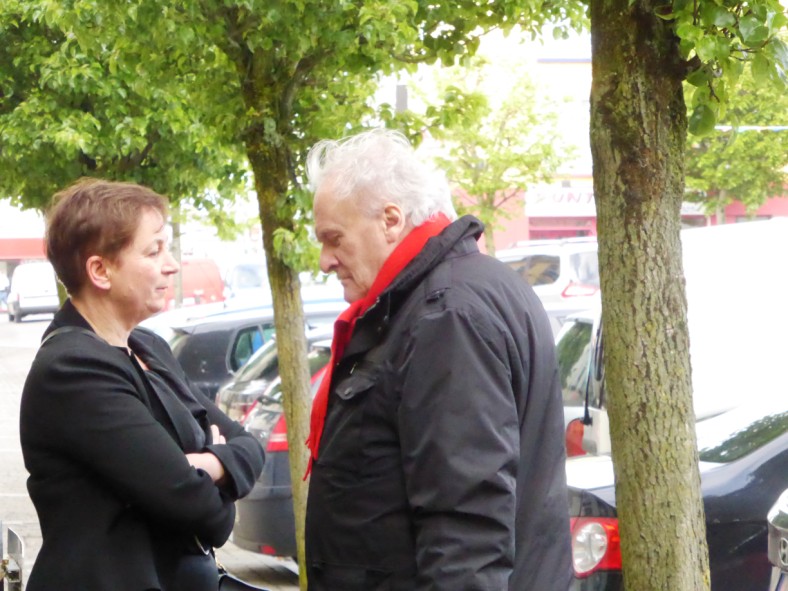 Anne Enright and Paul Durcan have a quiet chat. 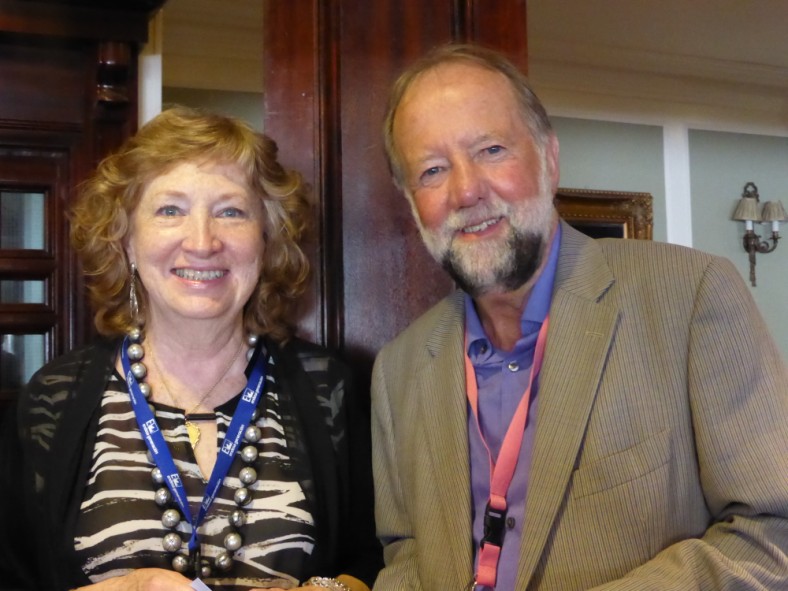 Carol and Dick are part of the welcoming committee. 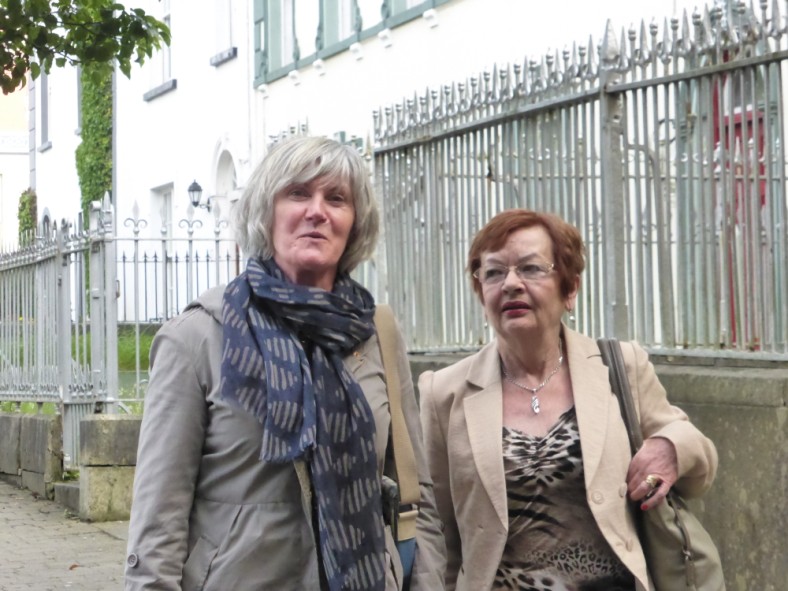 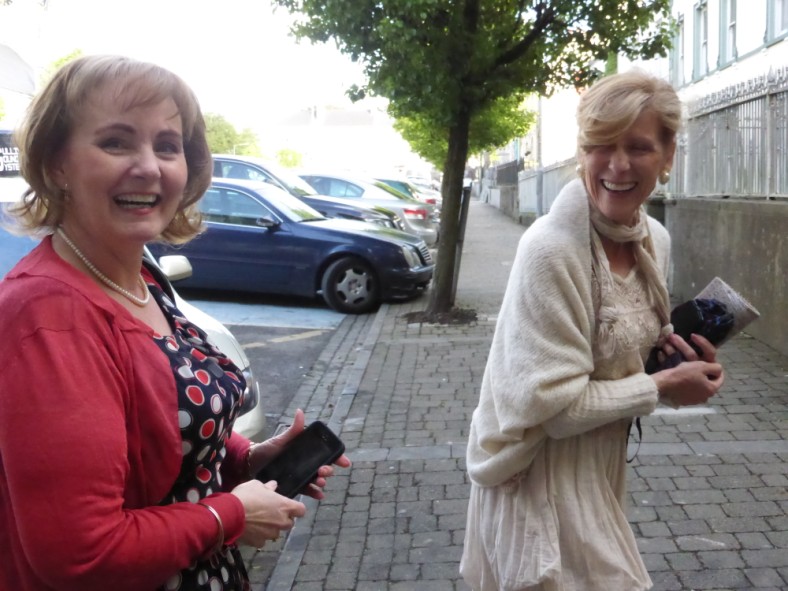 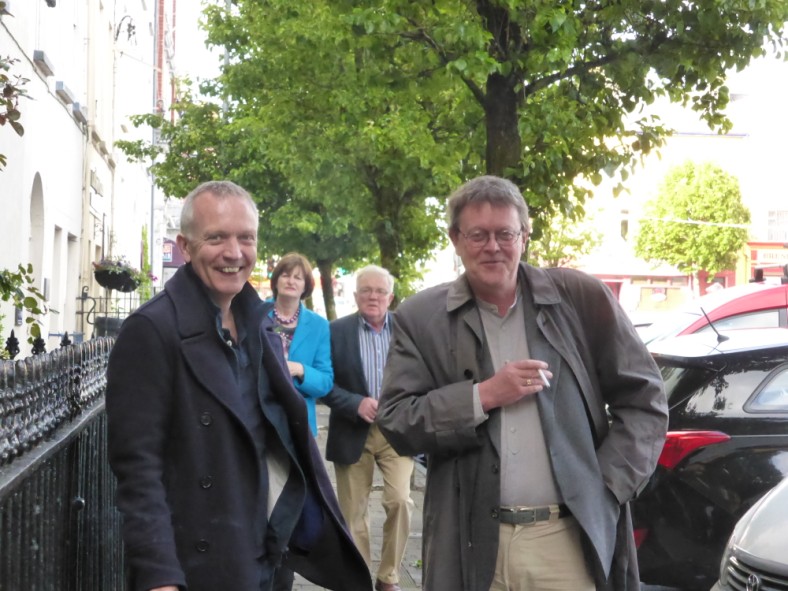 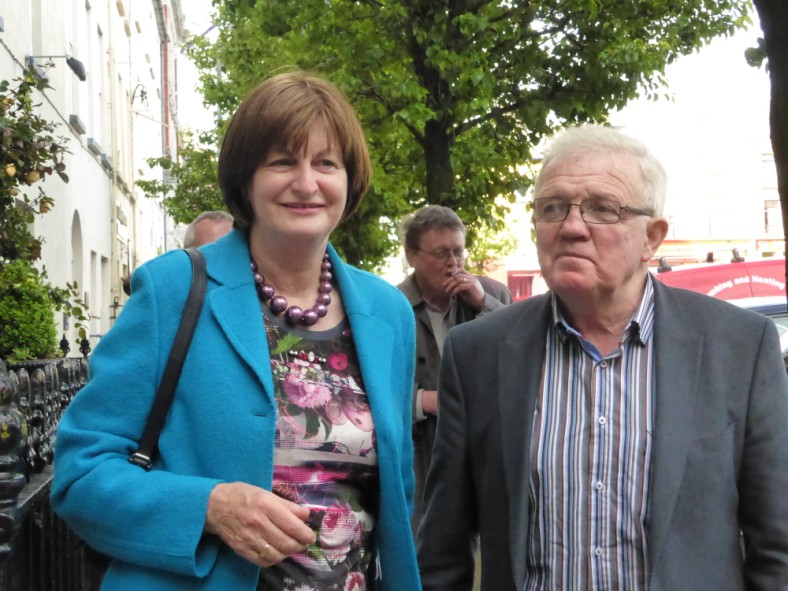 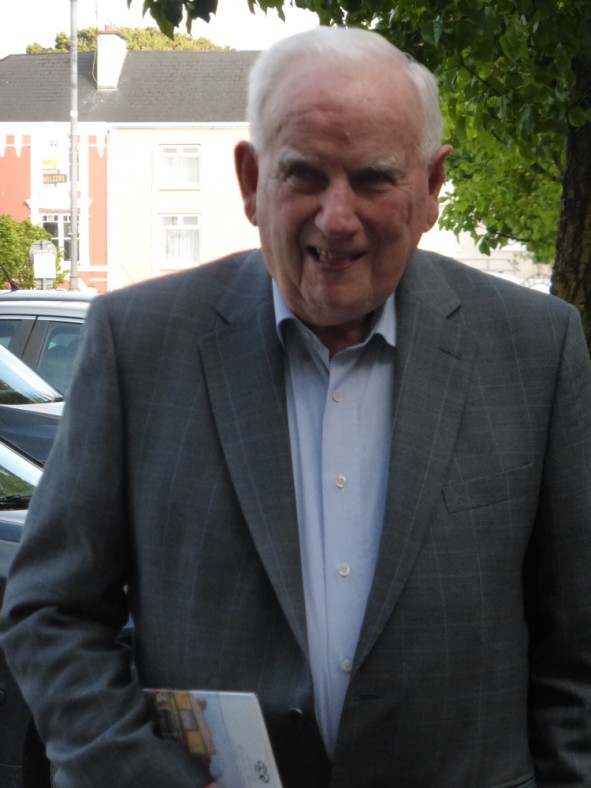 These people had not too far to come to enjoy the opening of the 2015 event. 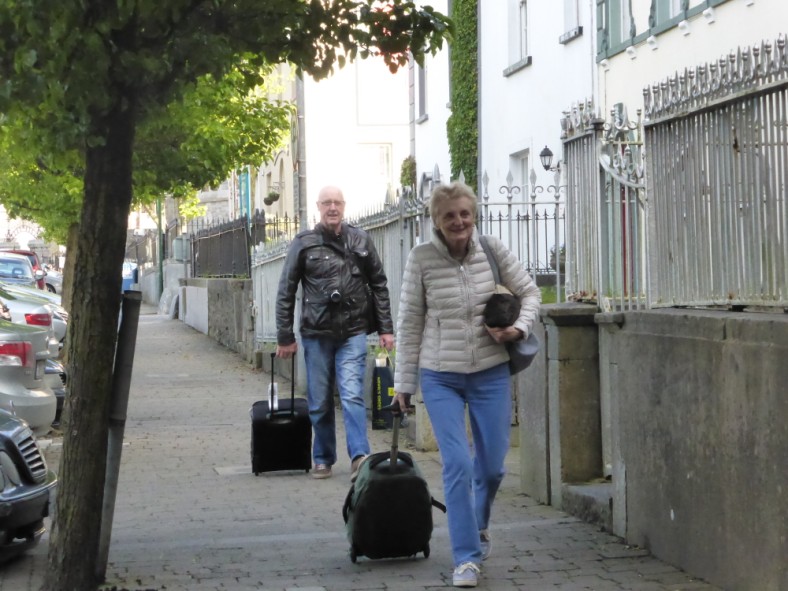 Others came a little farther and came prepared to stay. 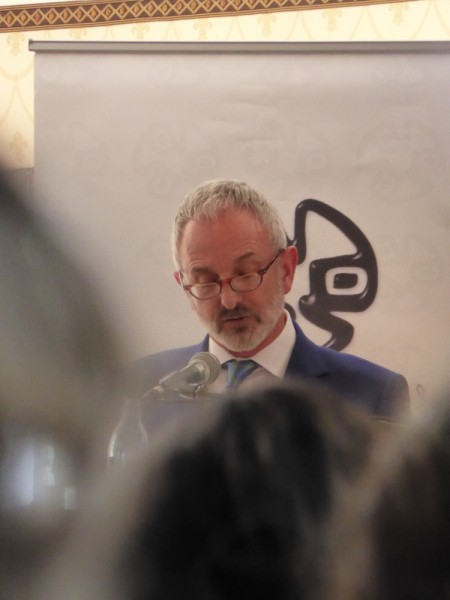 One of the very popular speakers on Sunday May 31 was Michael Murphy. Michael was a familiar face to us all when he read the news on RTE. He is now more famous as a psychotherapist and a writer. He also happens to be a gay man.

The past few weeks have been a very emotional time for him. He celebrated the vote of acceptance Irish people made on May 22 and a short week later he was mourning the death of his beloved mother.

It is a measure of the professionalism of the man that he kept his commitment to Listowel Writers’ Week a day after his mother’s funeral. He read some heartfelt and highly charged poems. He told us about the importance of the gaze and the voice. He told us a lot about love.

His mother suffered from Alzheimers disease and “in the end there was no word”. Michael himself has had prostate cancer which left him impotent and he has suffered all the rejection and abuse gay people felt in the past in the old Ireland. All of this story is well told in his poetry, but it is the lovely love poem to the love of his life on the occasion of their tying the knot that had us all in tears. He wrote of “a day in Dublin in June when I felt truly loved.”

The rawness of all the emotional trials he had been through so recently became too much for the consummate professional broadcaster and his voice cracked. As he regained his composure and finished his talk the audience, as one,  rose to their feet and we all put a metaphorical Listowel hand under Michael’s elbow and helped him over the line.

My friend Jos at Kiteman Photographs alerted me to a great blogpost by Colm Moriarty about the Listowel section of the National Archive’s folklore collection. It is all about piseogs and superstitions and includes the lovely old photos of the town from the National Library collection.