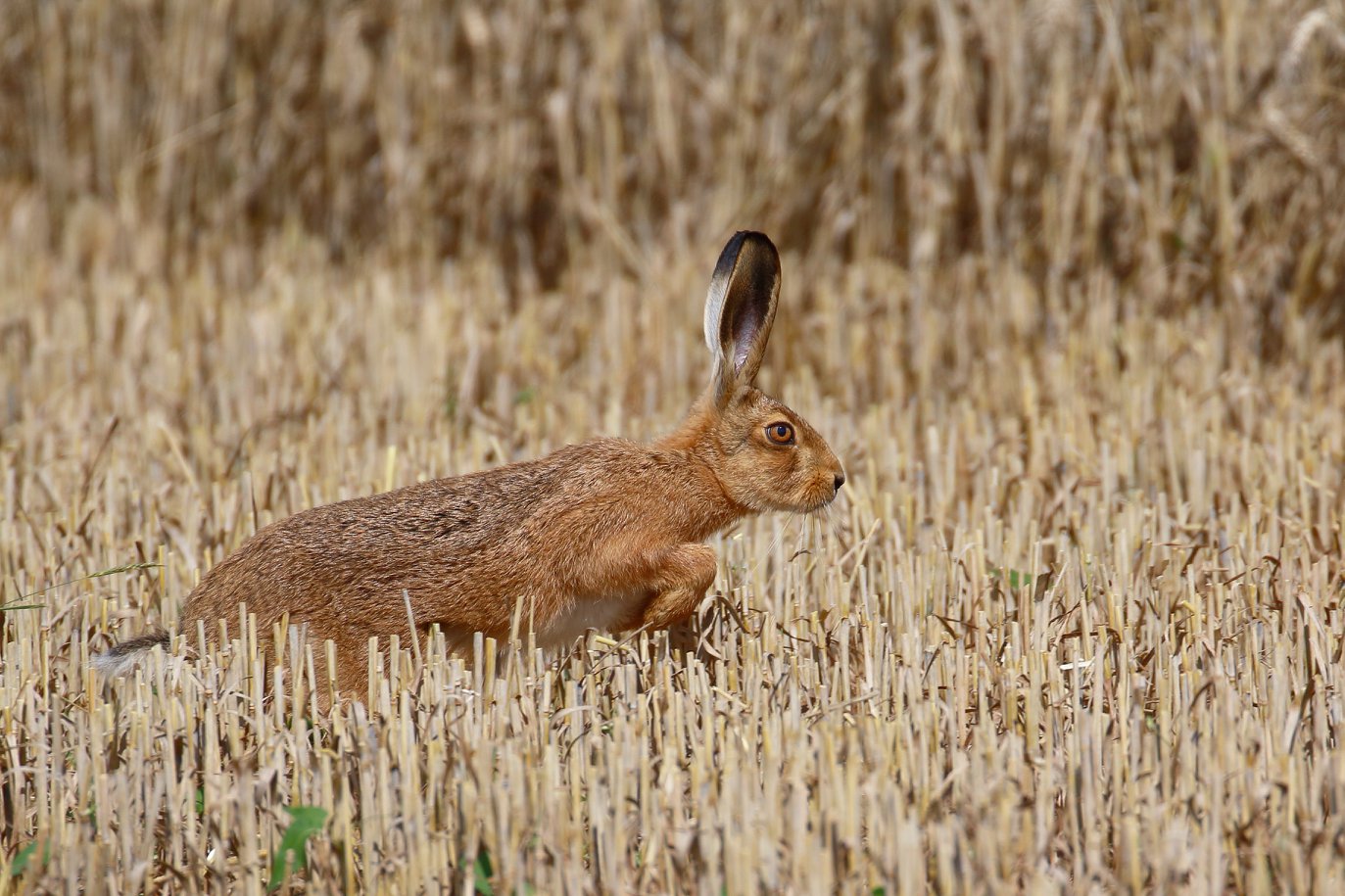 Once I had
occasion to call on a strong farmer near Finuge. I knew him  but slightly then but well enough to have
noted the practical streak that made him a successful farmer. He was away from
home when I called and it was with some surprise I learned that he was in the
garden. His farm lay between the road and the river and as I ambled towards The
Feale, I pictured my farmer working in his glasshouses tending tomatoes or
early vegetables or flowers for market. Or I thought thast maybe he goes in for
blackcurrants or strawberries or other small fruits in a big way. Possibly he
might be pruning or spraying serried lines of Cox’s Orange, Allingham Pippin, or
Lane’s Prince Albert or Worcester Pearmain or Bramley Seedling. Why, we might
even get to discussing fruit trees in general, I imagined as I hurried along.
But it was not to be. I found my farmer merely “rising to” his potatoes and a
further stage in my education on Kerry idiom had been reached. For in Kerry the
garden is a tillage field and poattoes, root crops and grain are all equally
likely to be found there.

Here, I admit, I
felt a bit resentful at what was to be an abuse of language. “If this field is
a garden,” I countered, “ What do you call the space in front of the house
where you grow flowers?” “Flowers,” echoed my Kerry man, “Where do you come
from, boy bawn? ‘Tis aisy we are in Kerry about flowers.”

Before the
farmer’s house one will often find a dry wall. The expression always sets me
thinking. Here I was baffled again, for I thought there must be some
distinction implied. But so far I have not come across a wet wall. Walls, of
course, whether in Kerry or Limerick are a subject in themselves. But here it
seemed I was ignorant of even the most elementary principles of wall
construction. Built without mortar or cement, as in Galway, one might concede
the point, but any examples I have seen were solid examples of the builder’s
skill with plumb and trowel. 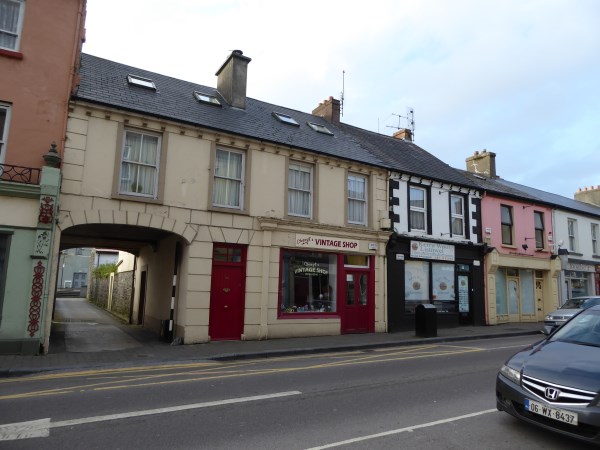 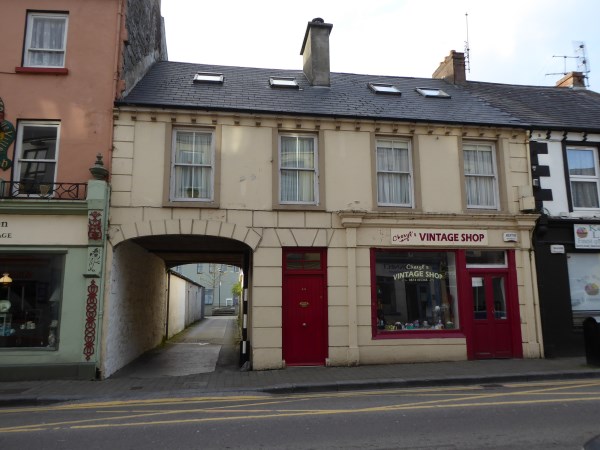 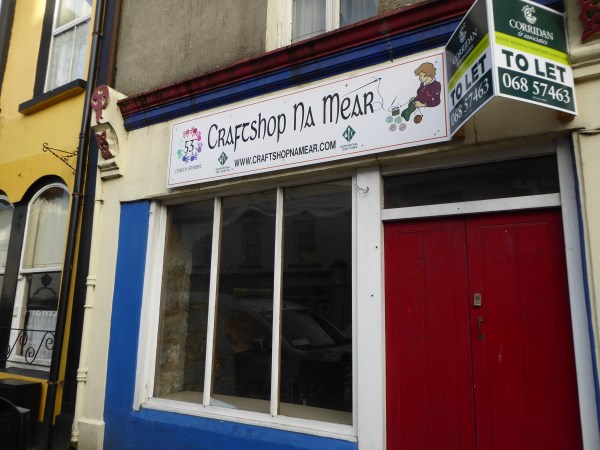 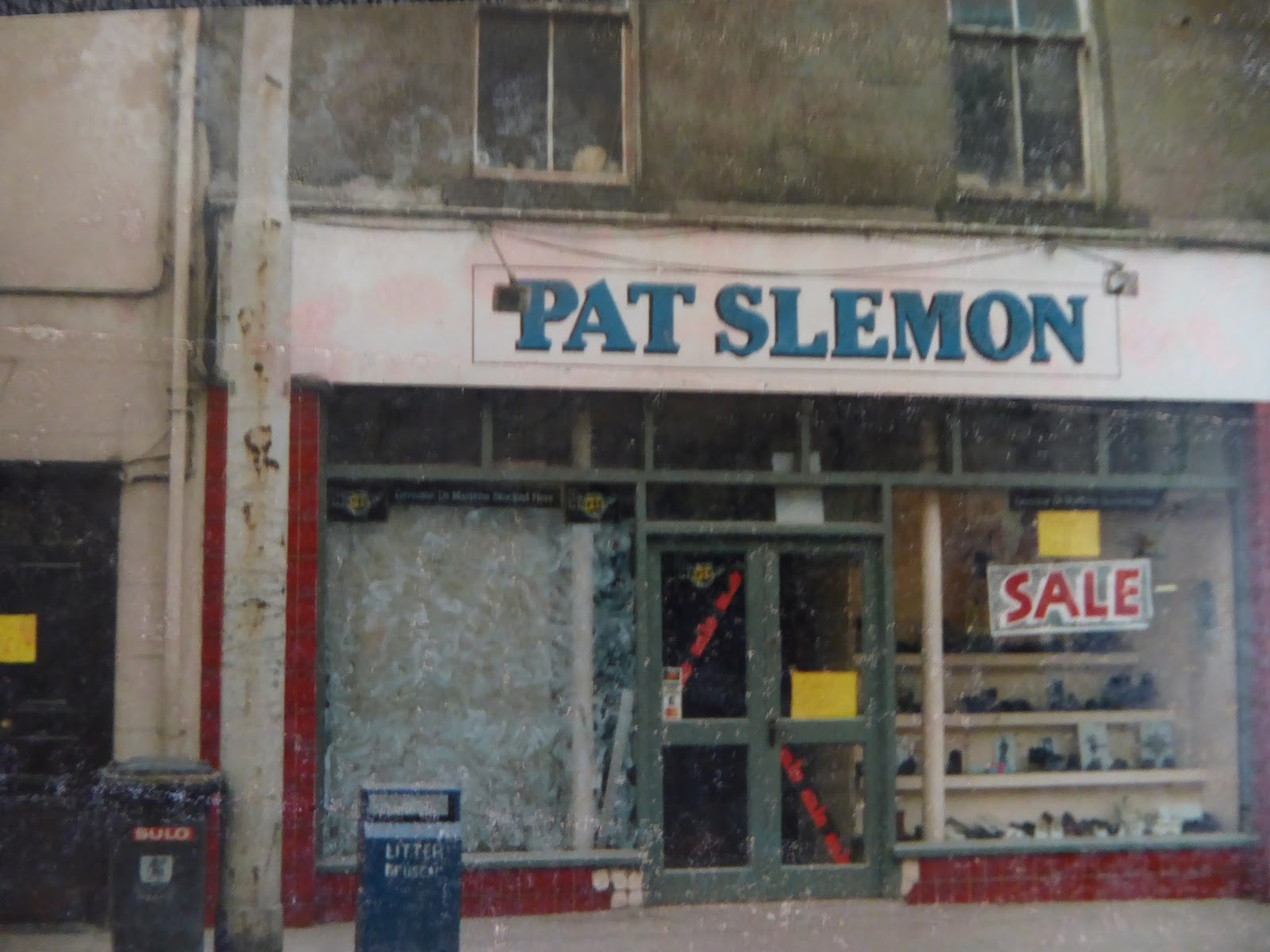 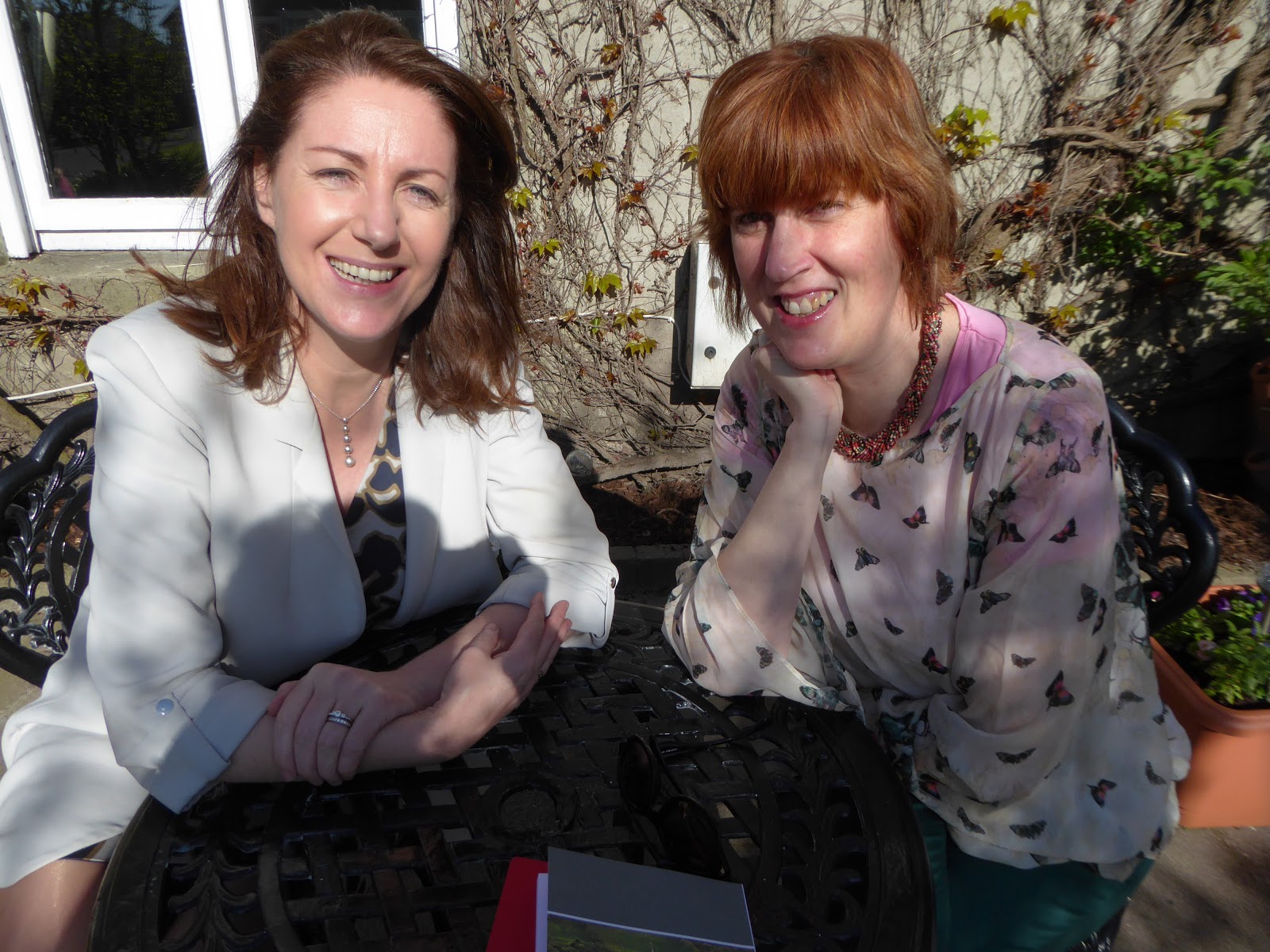 Katie Hannon of Duagh and RTE was one of the stars of the show. Here she is catching up with her old school pal, Máire Logue who was on a kind of busman’s holiday, enjoying our neighbour’s festival. 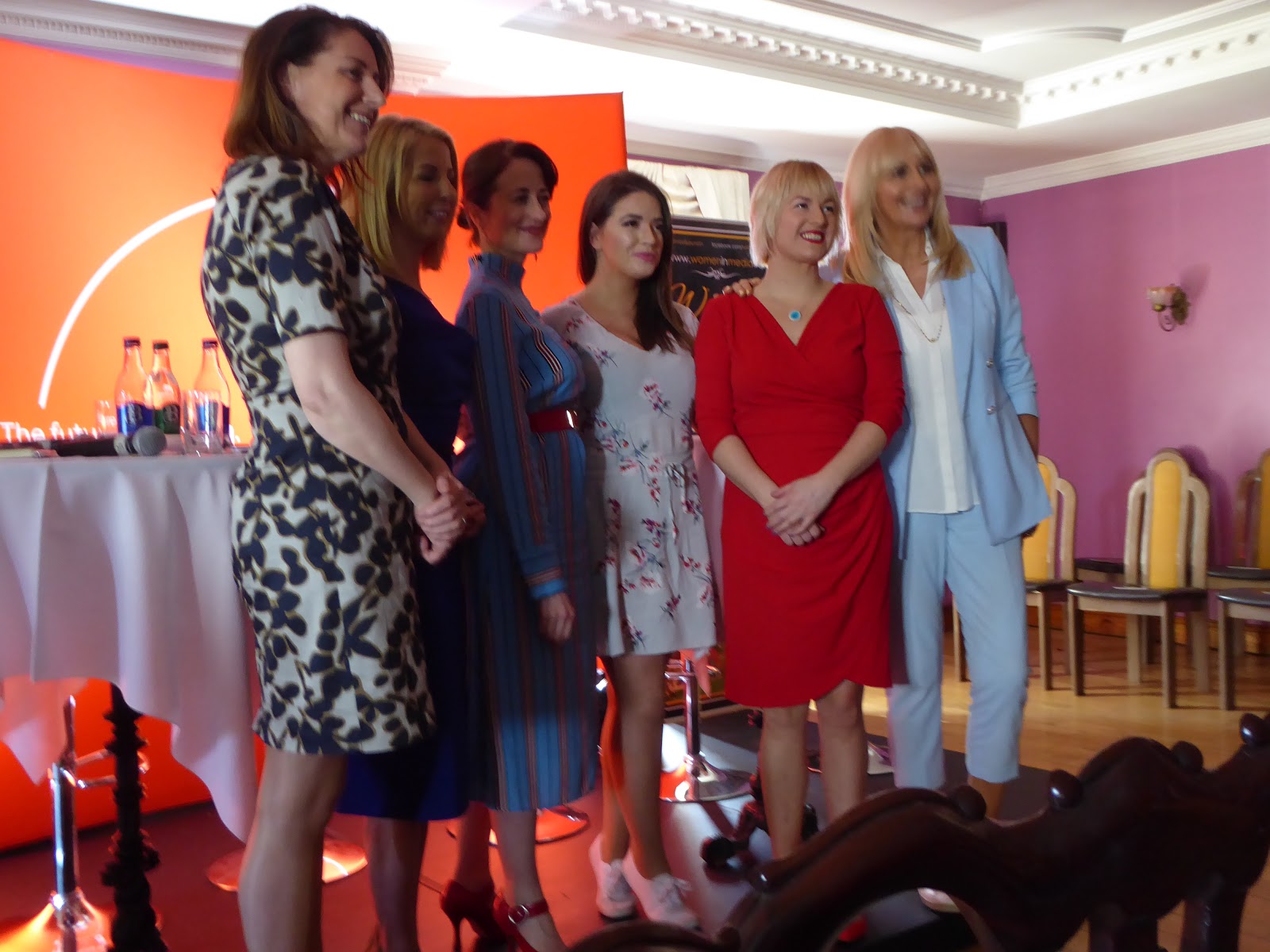 This was the really prestigious panel for the first symposium I attended. These formidable women of the media world are  our own Katie Hannon, prize winning investigate journalist, widely acknowledged as one of the best in the business, Caitríona Perry, news anchor, author and rising star in Irish journalism, the very impressive Susan Daly, editor of the best online journal bar none, The Journal.ie, Deirdre O’Shaughnessey of Cork 96FM fame  and Miriam O’Callaghan. probably Ireland’s best known woman in media. 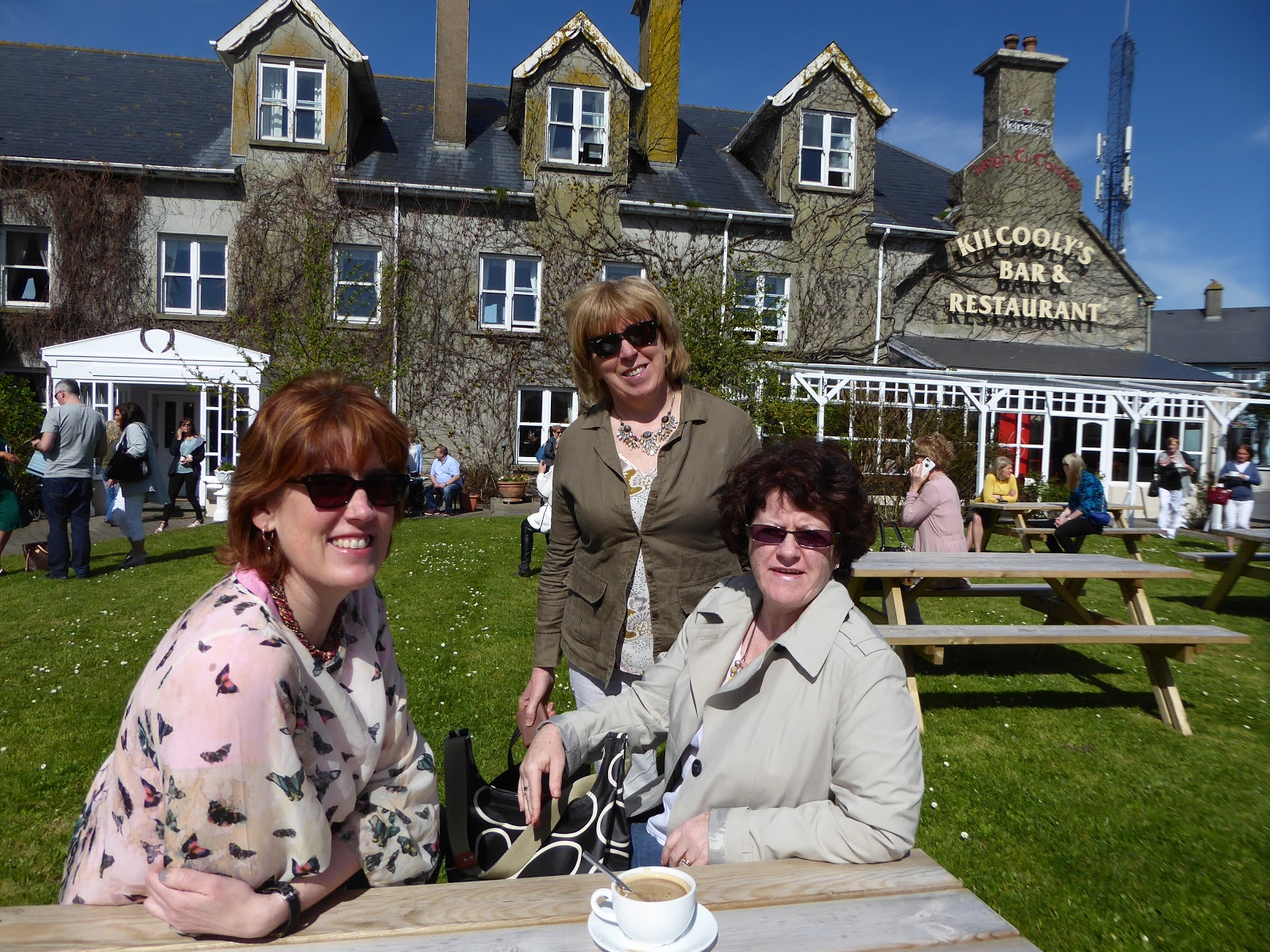 Máire, Lucy and Rose basked in the summer sunshine. 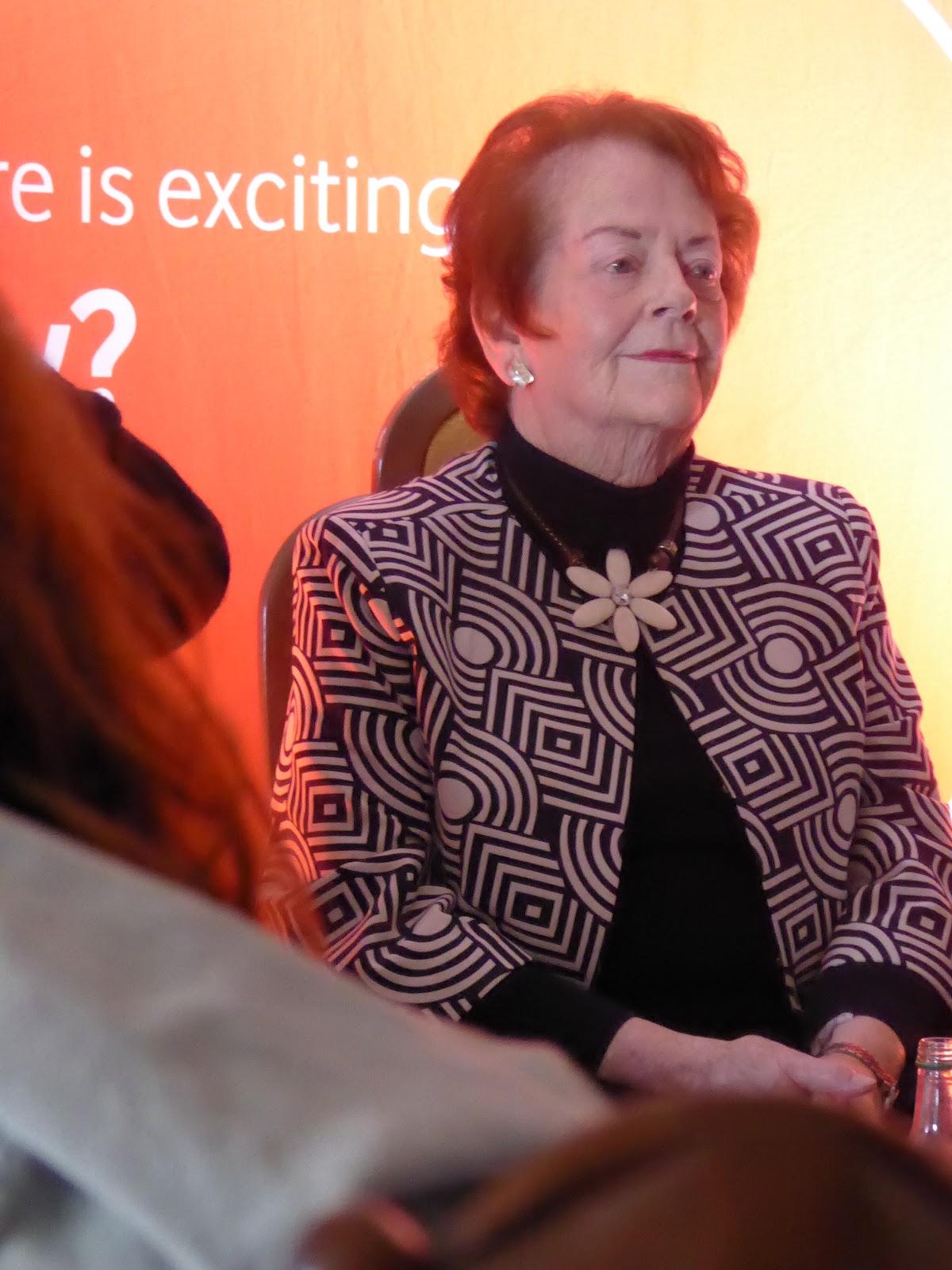 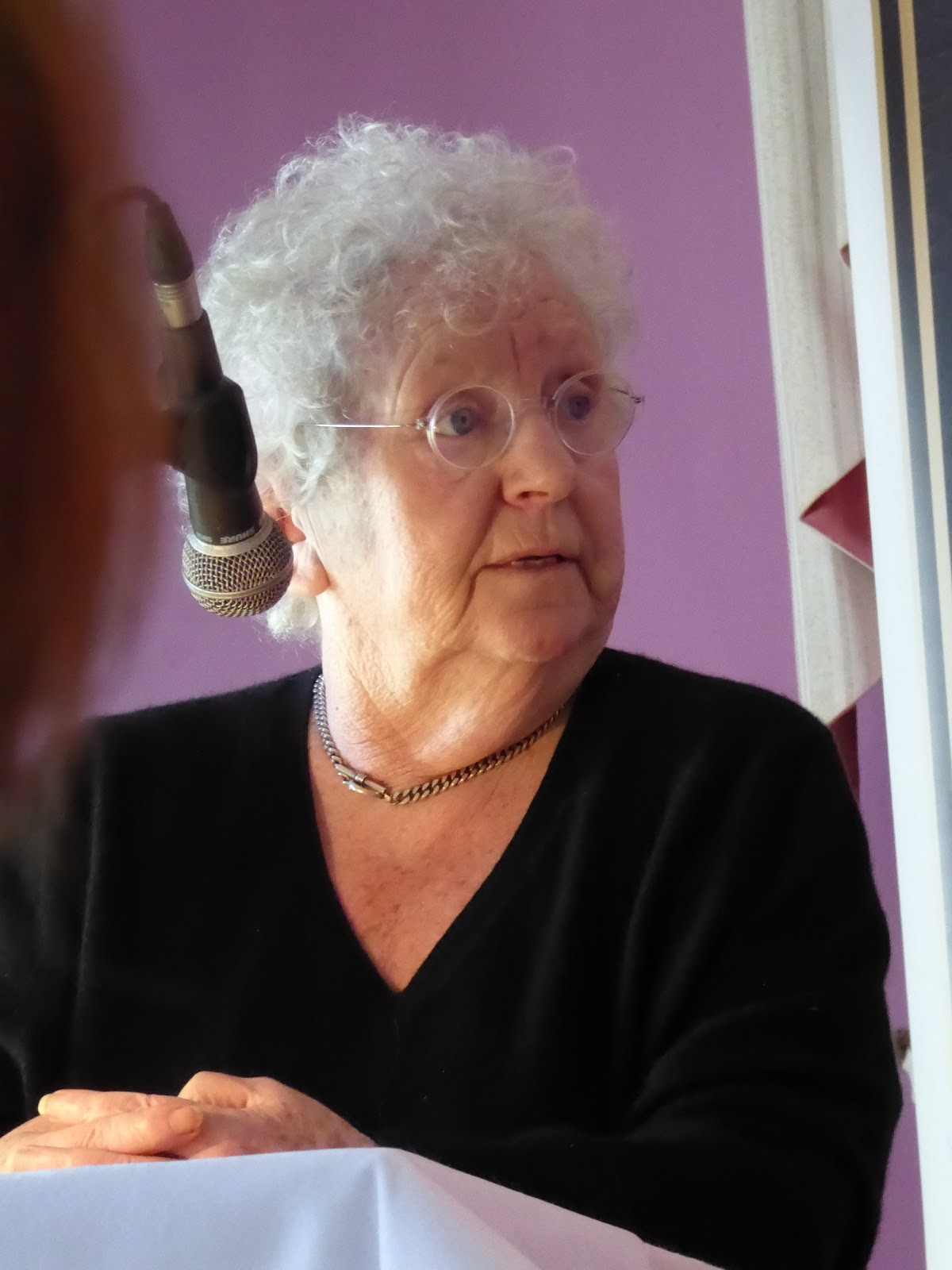 Mary O’Rourke and Nell MacCafferty were representing us, the retired generation.

The years have been kinder to some rather than others. 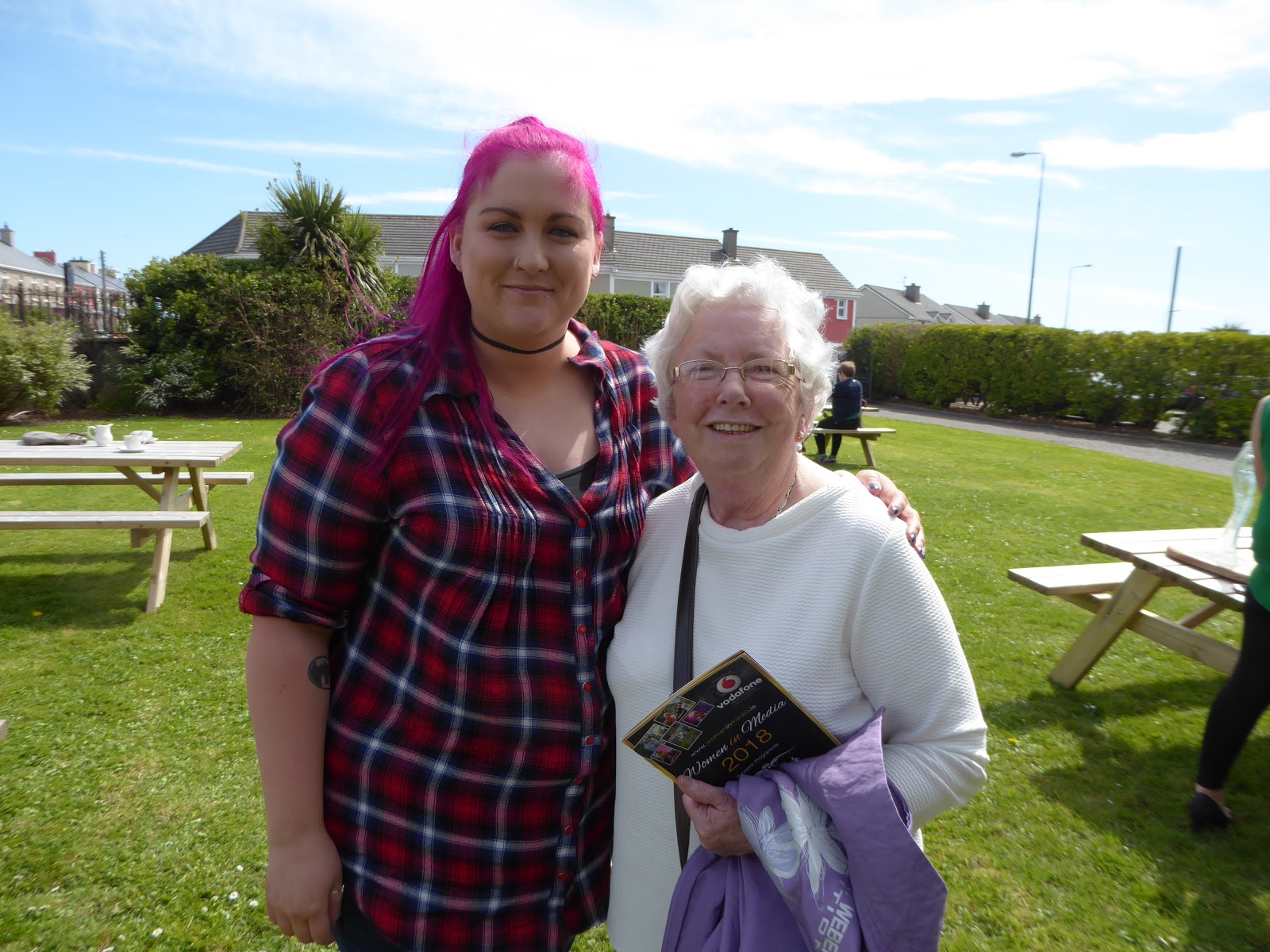 I knew Chloe Walsh when she was in a brown uniform in Pres. Listowel. She is still the same lovely girl and I was delighted when she approached me after I had failed to recognise her. 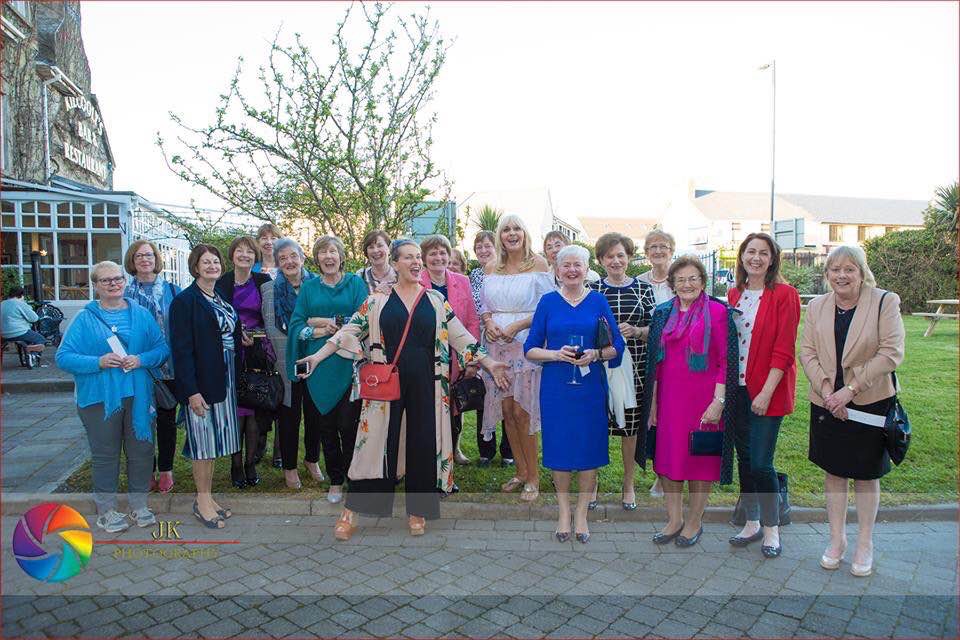 John Kelliher took this great photo of a group of Listowel Ladies who attended the grand opening of Women in Media 2018. Katherine Lynch and Miriam O’Callaghan have only a tenuous Listowel connection but Katie Hannon is one of our own, a neighbour’s child and we are all dead proud of her.