Today I am sharing the first of my photos from this weekend’s military event. 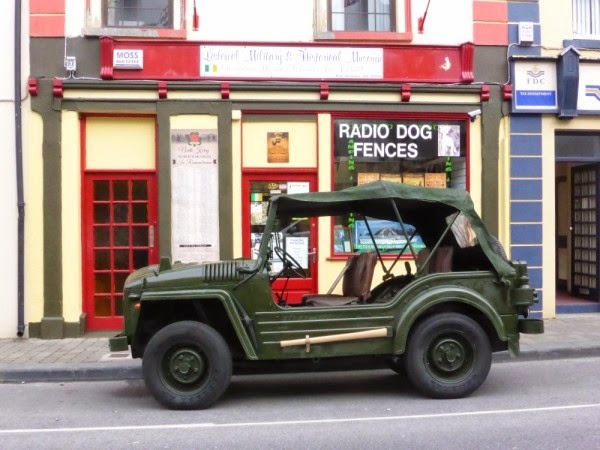 Jim Halpin’s transport for the weekend was parked outside his museum door on Friday. 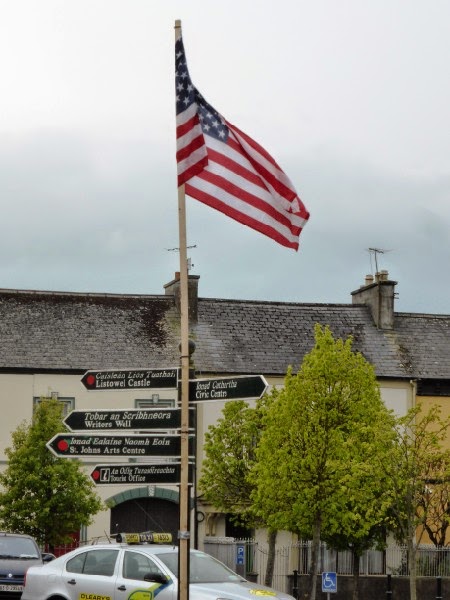 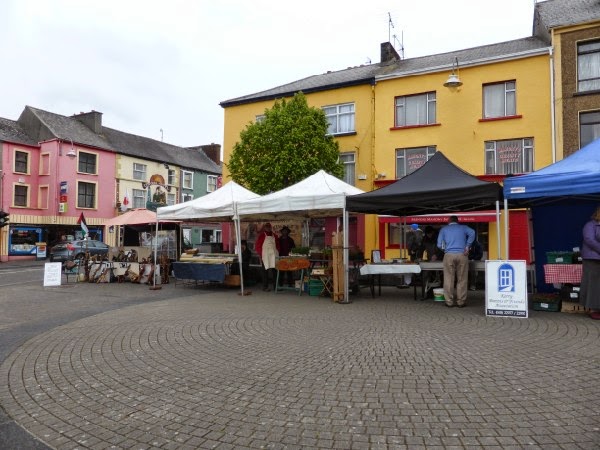 It was Friday May 1 2015. Market Day and gathering day for the now annual Listowel Military Tattoo 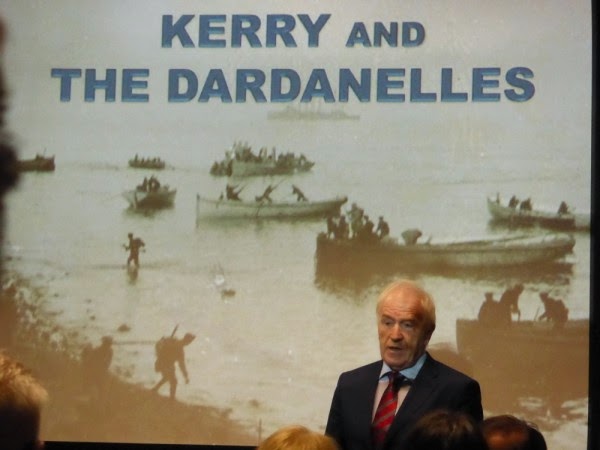 Jimmy Deenihan did the official opening. 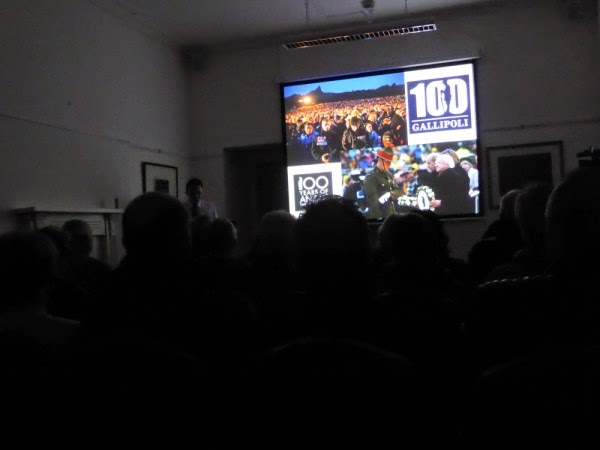 The first event of the weekend was a lecture on Kerrymen in The Dardanelles. The Seanchaí was packed. This presentation set the bar very high for the weekend. Tom Dillon gave us an excellent talk, well researched, well illustrated with photos, letters and anecdotes and beautifully written and delivered with just the right balance of information, fact, myth, anecdote and humour.

On Saturday evening we had James Holland, historian and BBC broadcaster give us a lecture on DDay. His style was very different to Tom’s; animated, seemingly off the cuff easy delivery but laced with hard facts. His talk was excellent, different from Tom’s, not better. 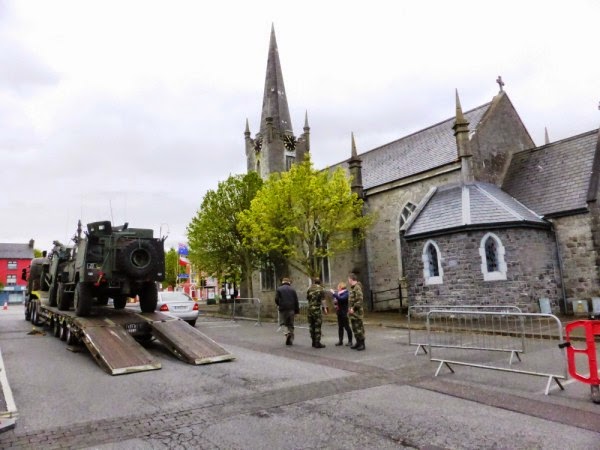 It’s Saturday morning and things are  hotting up in The Square. 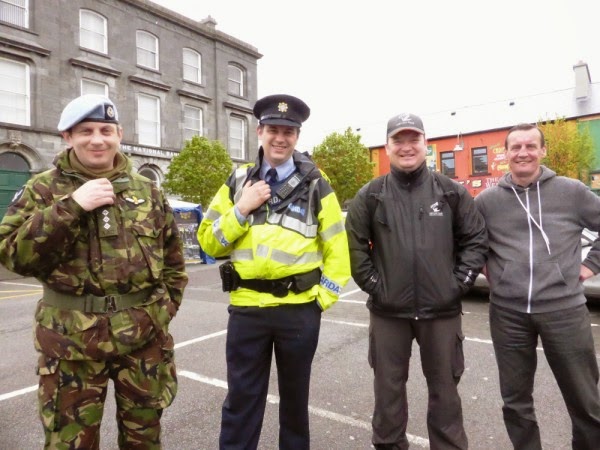 A real guard chats to some local stewards for the event. 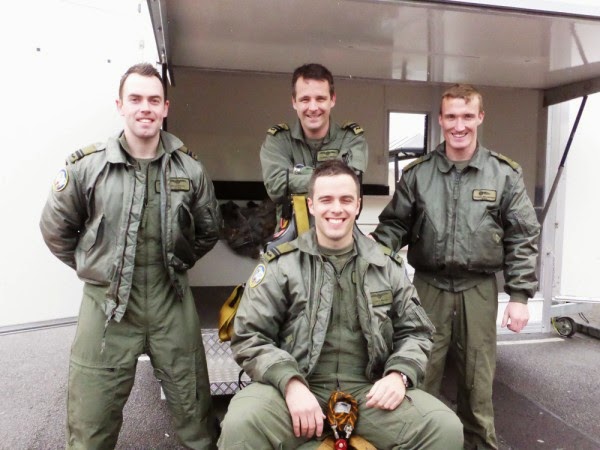 The air corps sent a very handsome contingent. They were happy to pose for a snap for me. 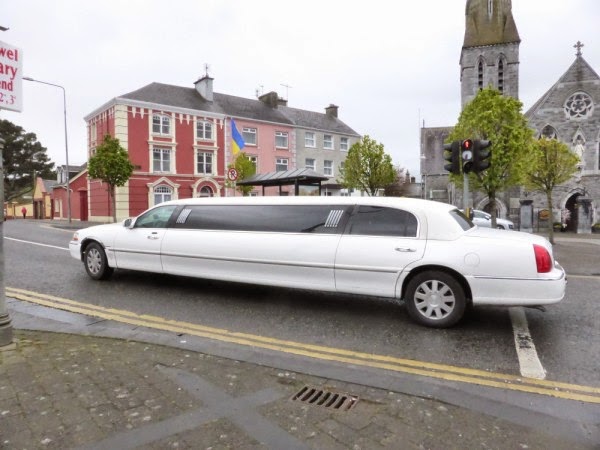 Life goes on. This limo passed by on its way to collect a bride. 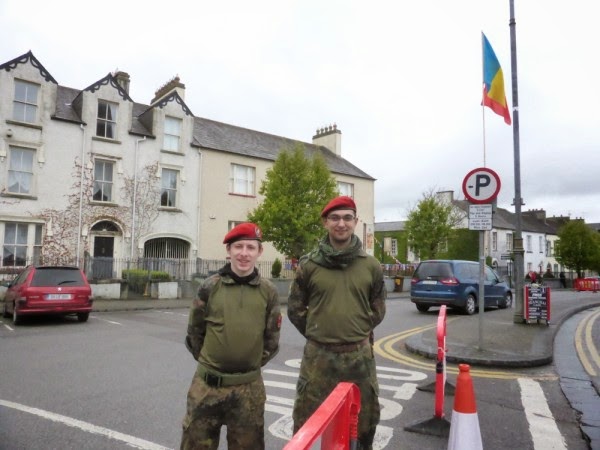 These reenactors were making sure no one parked in the closed off street. 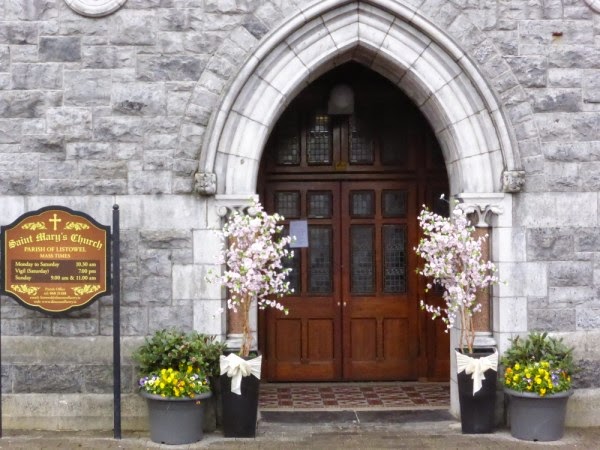 I hope the wedding party are history buffs. 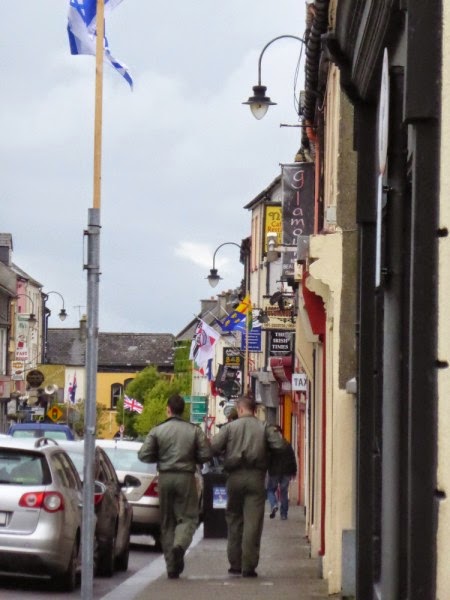 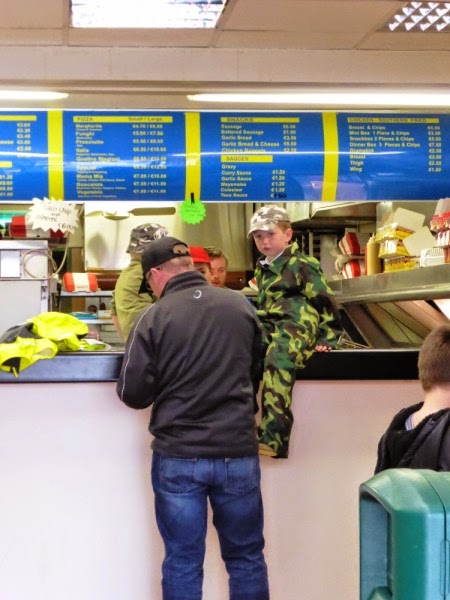 Soldiers, some real and some dressed up for the day were everywhere on the streets  and in the shops of our town. 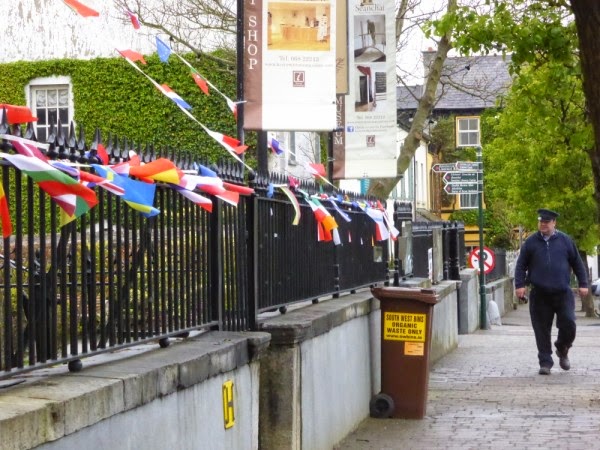 Our own man in uniform was looking well. 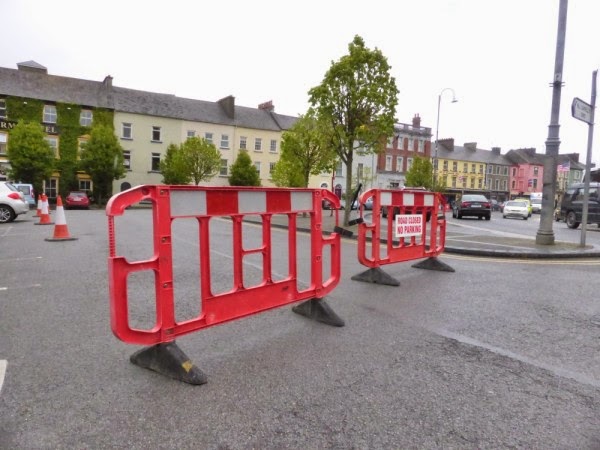 Parking in the square was restricted.

(More from this event tomorrow)

The following photos I took from the advertisement for the sale of the convent on Myhome.ie 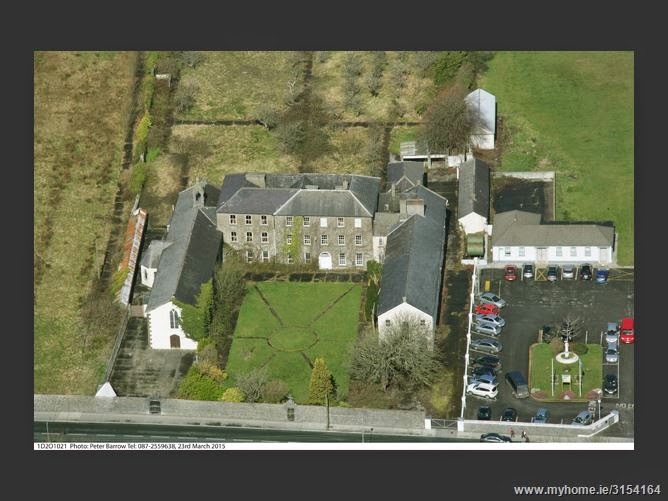 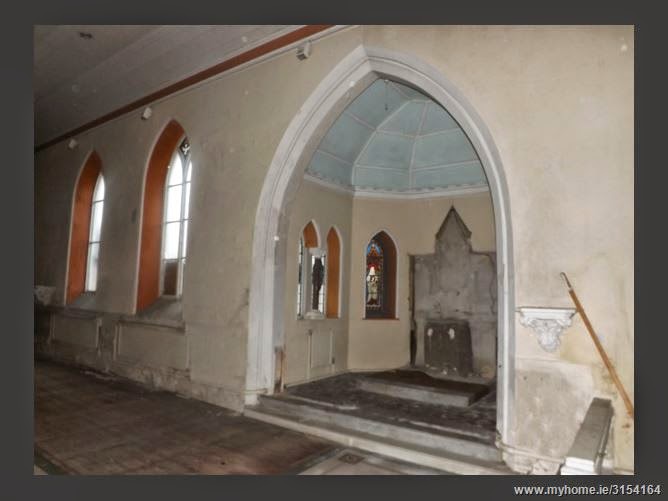 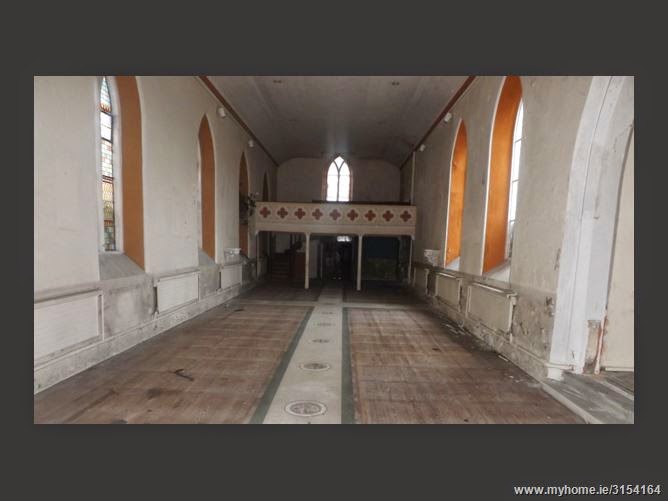 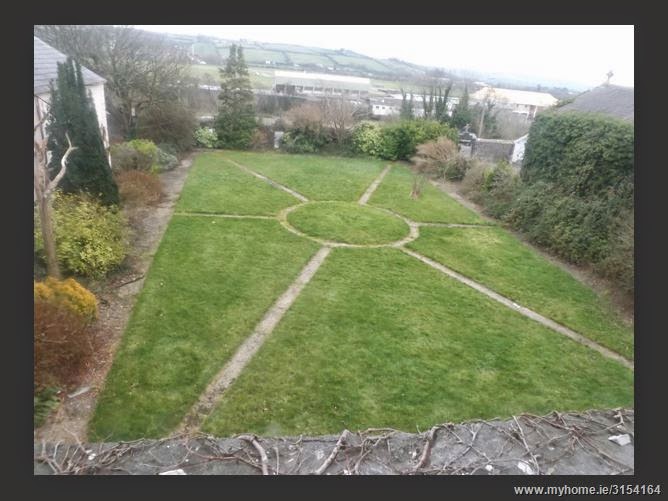 Patrick Street from the roof of the old post office 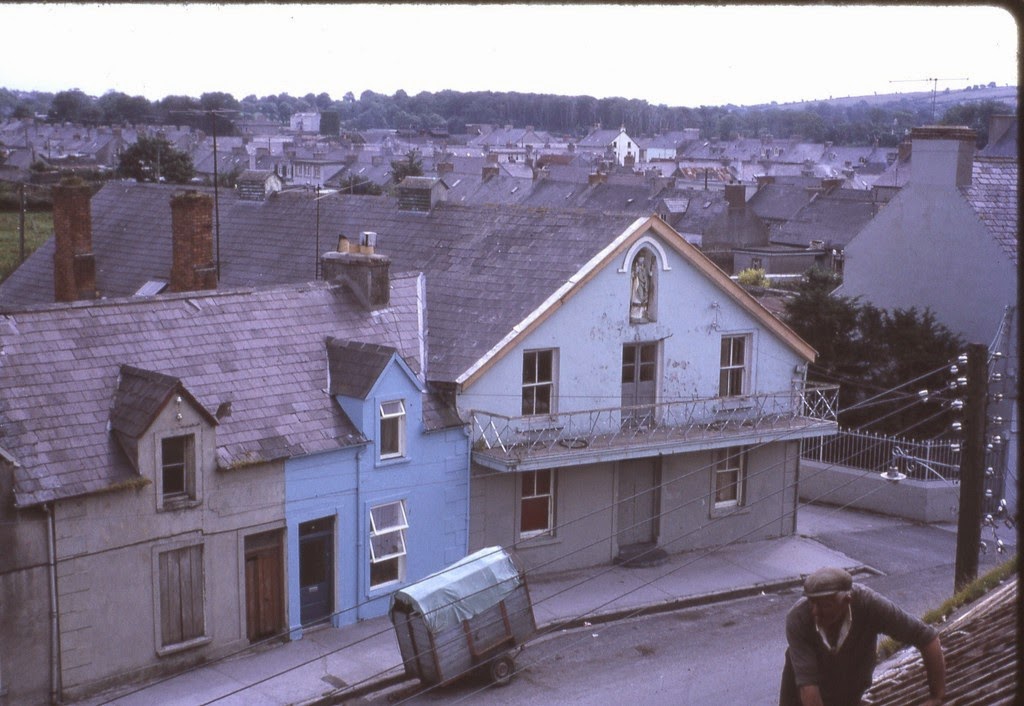 This old photo comes from Boards.ie. It was taken from the top of the old post office in Upper William St. St. Patrick’s Hall looks a bit shabby. This description of the scene in the picture is also from Boards.

“The photo taken about 1970, shows ( I think ) Sonny Carroll. He worked with M.A. Hannon, who were the main contractors. Looking across the street is St Patrick’s Hall and two houses, no’s 17 & 19, which originally were owned by Mike Joe Hennessy, formally of this street and Ballyduff. When the photograph was taken, number 17, was occupied by Tony and Marie Fealy, number 19, had stood derelict for some years previously, and would remain so, until both houses were eventually bought, and renovated by the Listowel Urban Council. St Patrick’s Hall, built in 1893, was at this stage (1970) also showing its age and a badly needed face-lift. Happily, the two houses were rebuilt when the council took ownership and both looked resplendent until May/June 2014 when during a change of tendency in number 17, the council or engineer, for some outlandish reason, more than likely, only known to themselves, decided to put in a new window. This box like window, ( more suited to an outhouse) is half the size of the original, and completely at variance with all the upper story dormer windows of this unique terrace of houses.

The house at the lower side of lane-way had been the surgery of Doctor Timothy Buckley ( whose home was the house being knocked). Alongside the house was a wall and high railing with gateway from the street giving access to rear of the house.”


Two men whose waving broke my heart this weekend 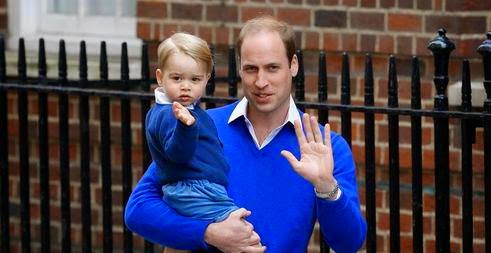 See a camera….wave. Royal infants like little George learn this early. This is big brother, George, accompanying his dad to see his new sister, Charlotte. Isn’t he sweet? He has the art of waving to to the camera down to a T. 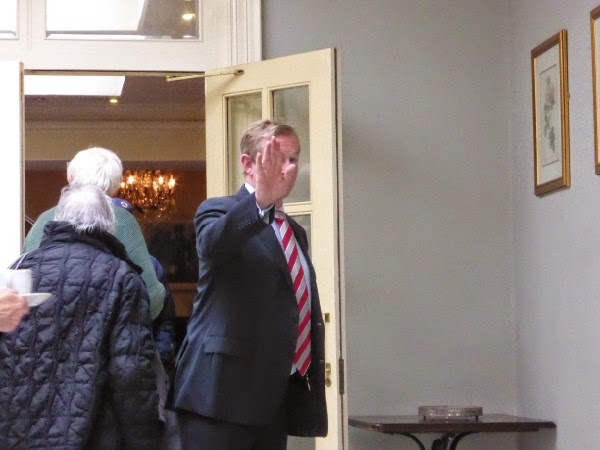 I was in The Listowel Arms on Sunday when who do I see but our taoiseach. He was in town in a private capacity to attend a funeral. As I see him leaving,I whip out my camera and, sure enough, what does our Enda do? He waves.

But he is not born to it like George and completely conceals his face.  But it is Enda alright. Don’t you recognize the tie?