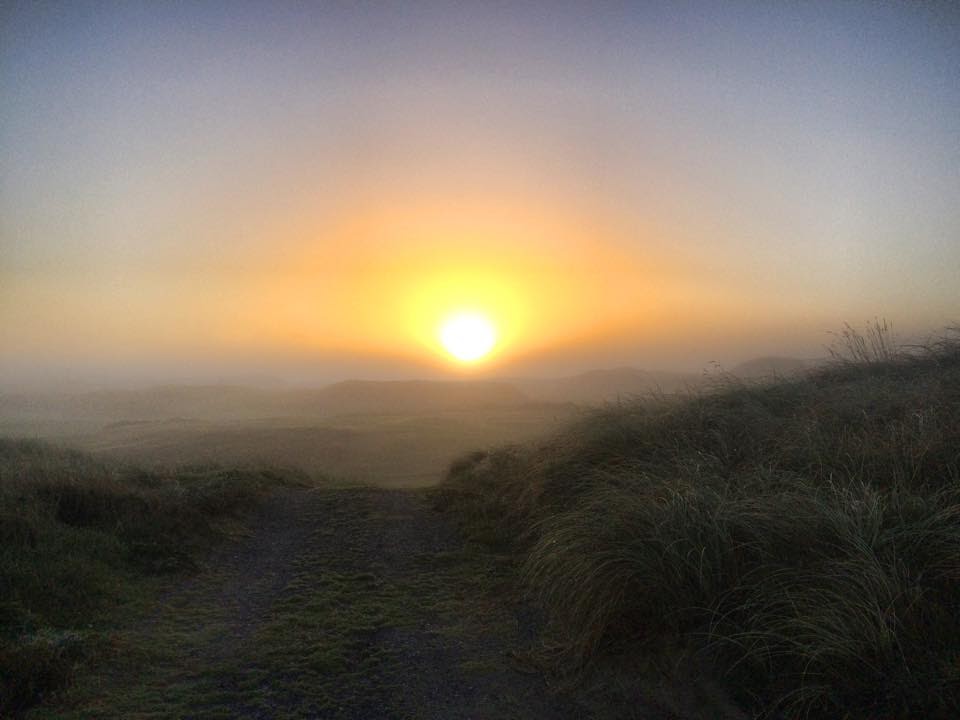 Ballybunion Angling and Coastal Views captured this shot when out fishing at sunrise this week.

Mixing with the Stars 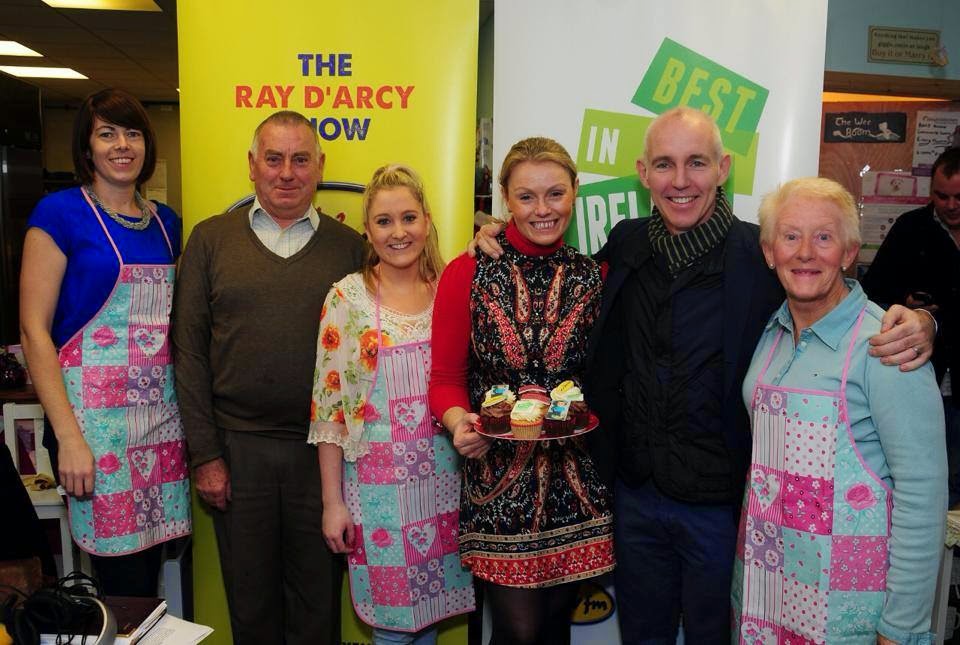 They had a great time in The Mixing Bowl when Ray, Bressie et al came to call during the week. 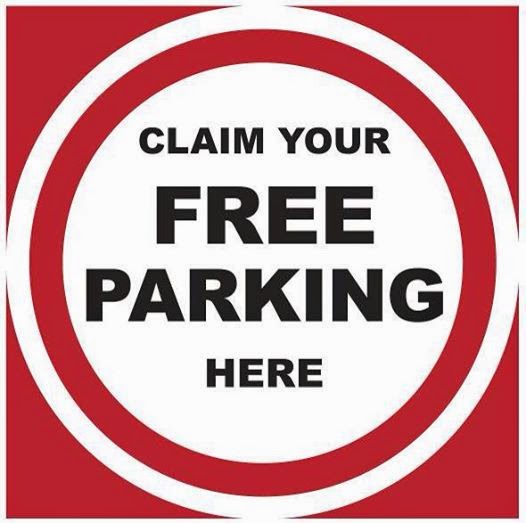 On street parking in Listowel is free every afternoon from now until Dec 19 and all day during Christmas week. 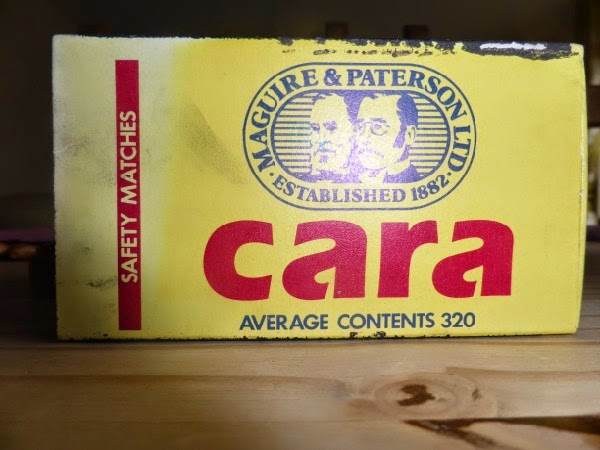 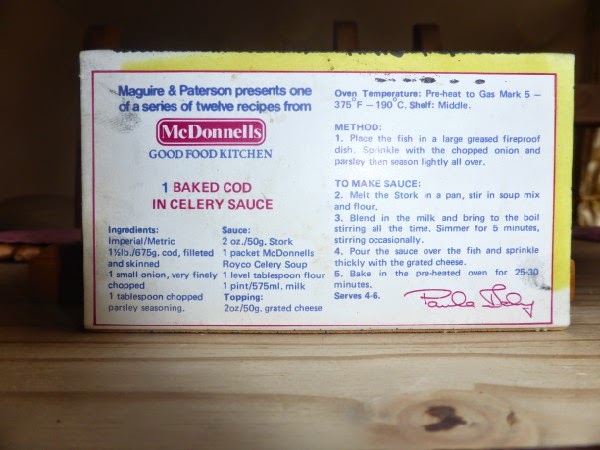 Do you remember safety matches? They were the ones with the black tips. They were originally called “safety matches” because they only lit when struck on the side of the box. Matches with red tip could be struck off of practically any surface.

I wonder if anyone made the baked cod recipe. 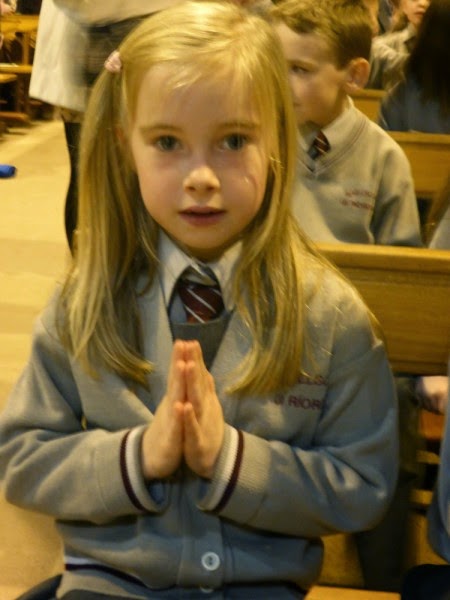 My lovely granddaughter at her Ceremony of Light last week.

Santa Claus is Coming to Town 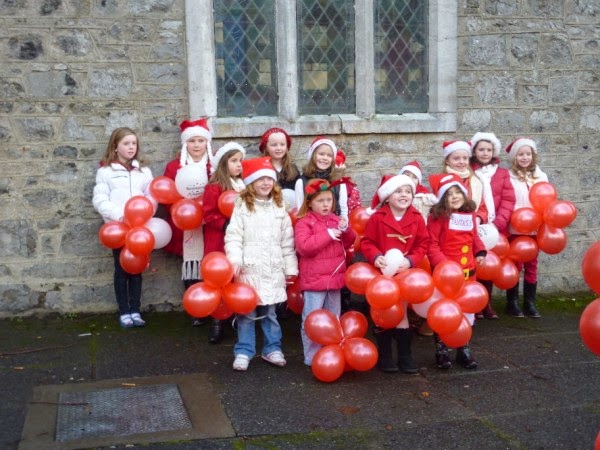 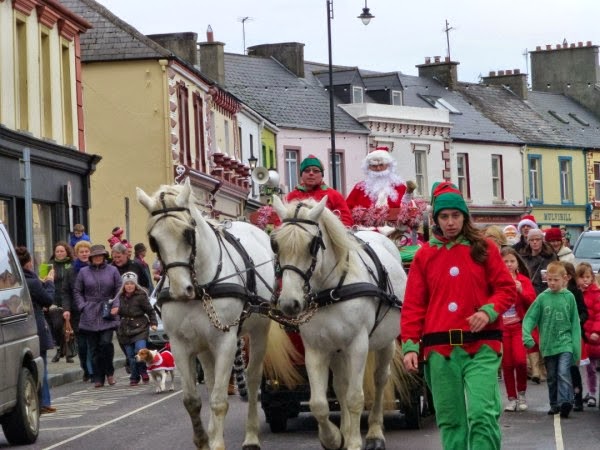 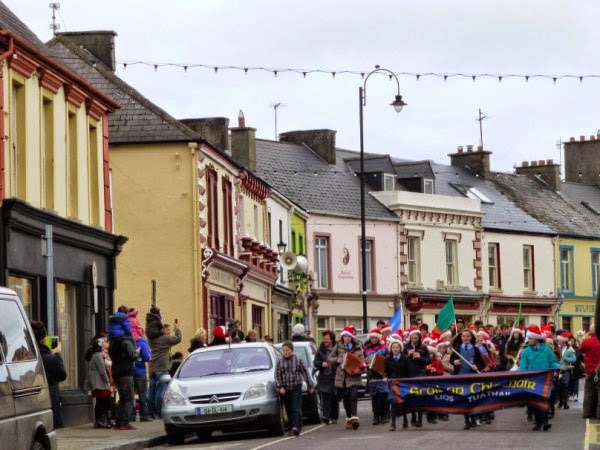 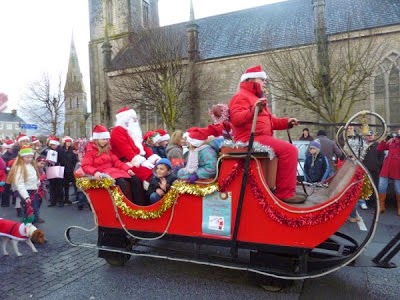 These pictures are from previous parades. This year’s parade takes place on Sunday Dec 7 in The Square at 1.00p.m. 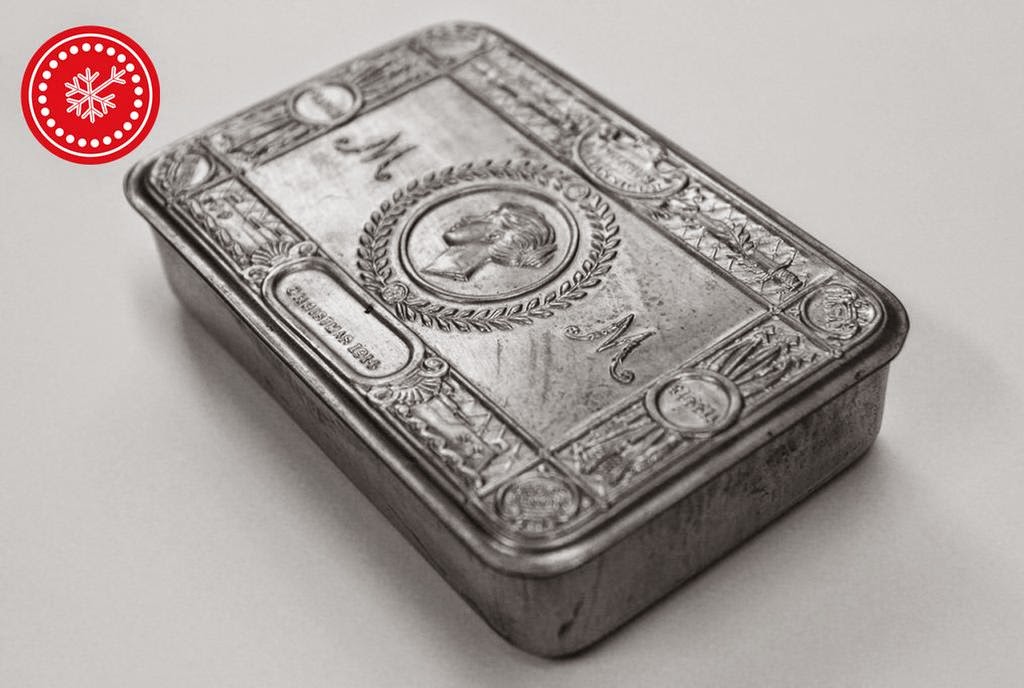 Yesterday I told you about the Princess Mary tin which brought some cheer to the trenches during WW1. Jim Halpin has been in touch to tell us that he has one such tin in his William O’Dell collection in his war museum in Church Street, Listowel.

End of an era 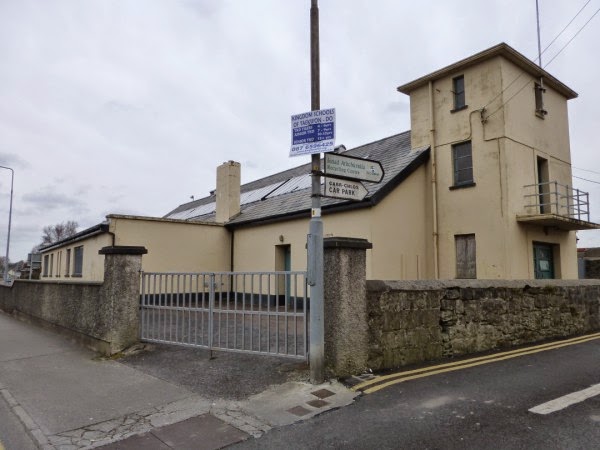 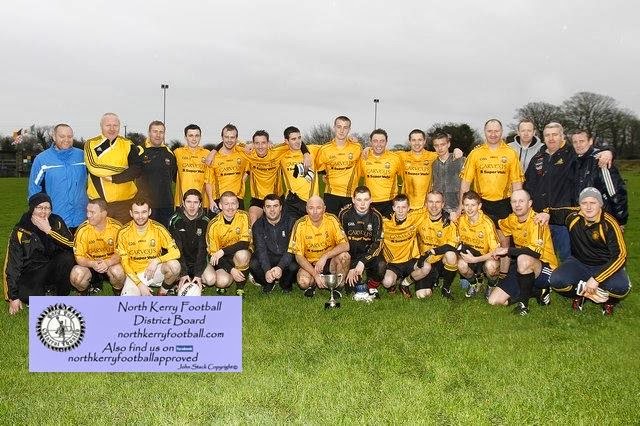 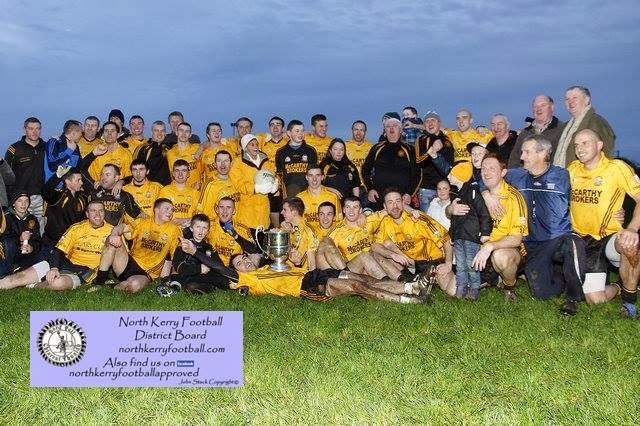 Both games were won by the narrowest of margins, one point. 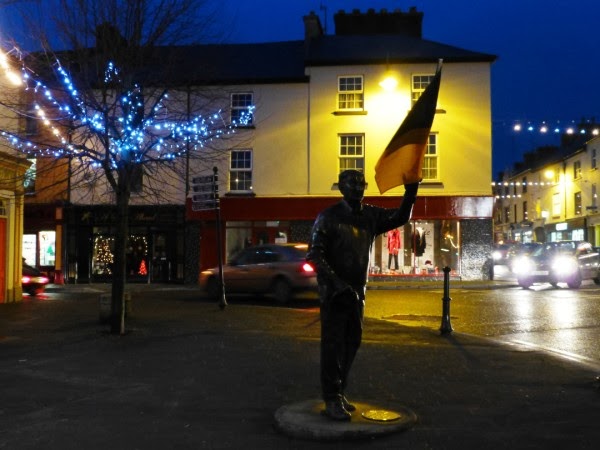 I took this in the Small Square shortly after the final whistle. 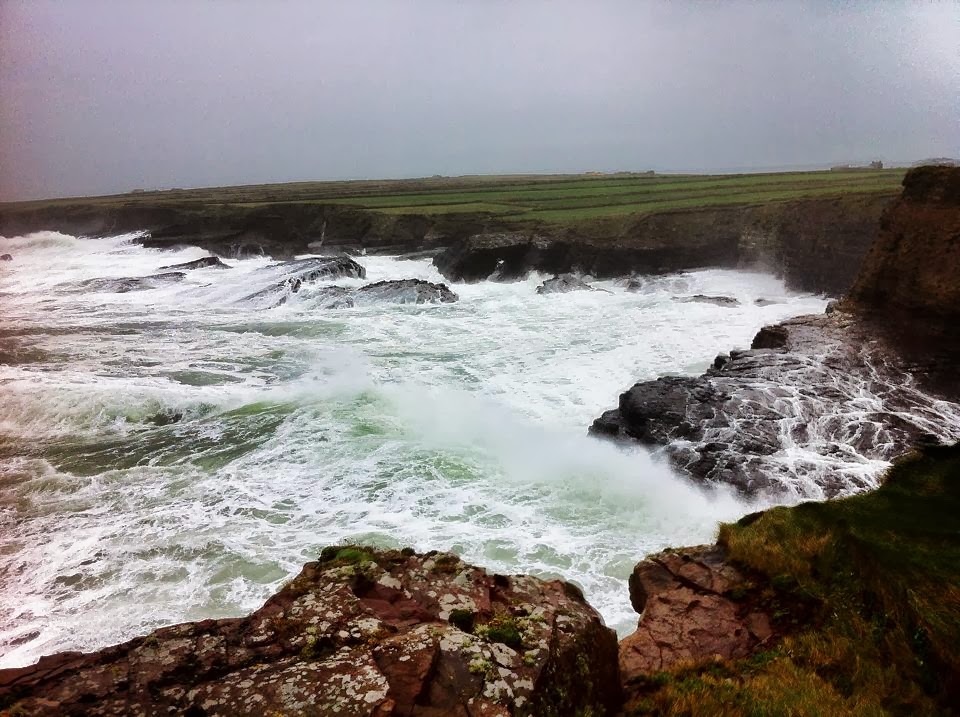 The weather  has taken a turn for the worst. This is Mike Enright’s picture of the sea in Ballybunion on Saturday Dec 14 2013.

Santa arrived in Listowel in his usual flamboyant style on Dec. 8th. I photographed him as he made his way down Church Street followed by a parade. The Convent School band led the parade followed by Gaelscoil Lios Tuathail. A very popular entry in the parade this year was a group of Australian young people. They were on a tour of North Kerry. They played football against Ballylongford and Listowel Emmetts. Both games were played under lights in Páic Mhic Shithigh and proved very enjoyable. 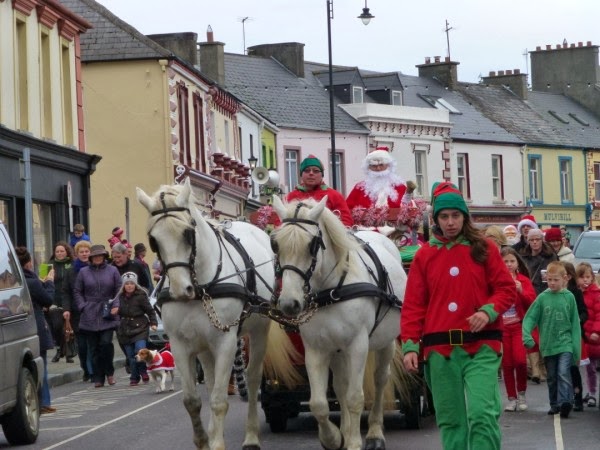 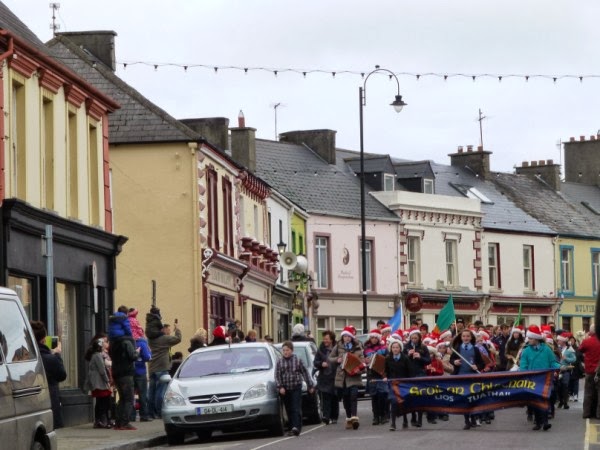 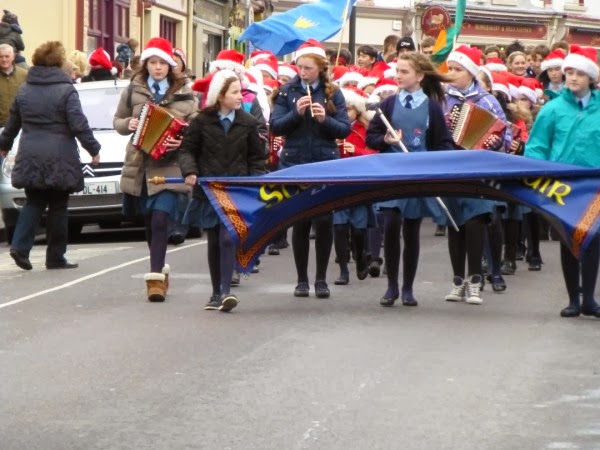 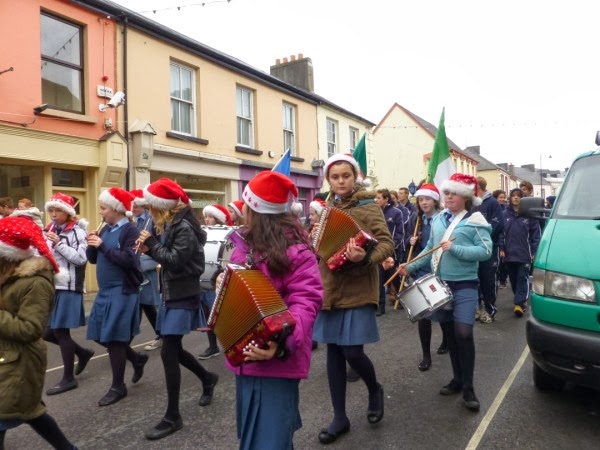 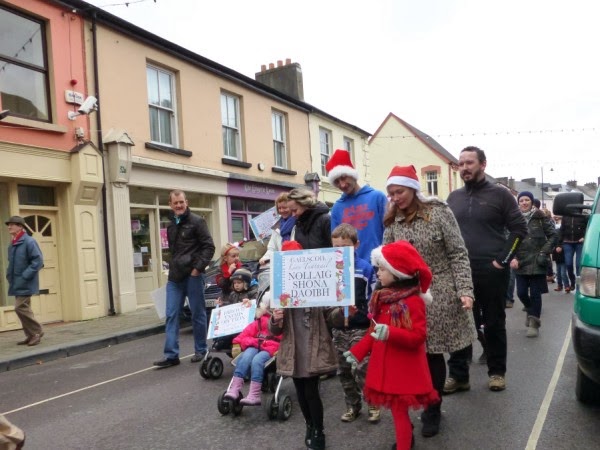 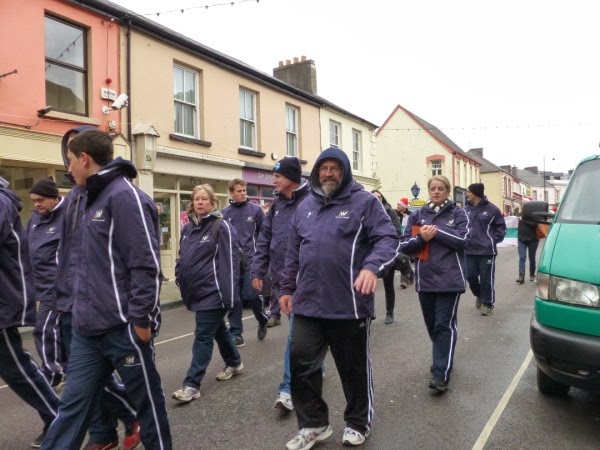 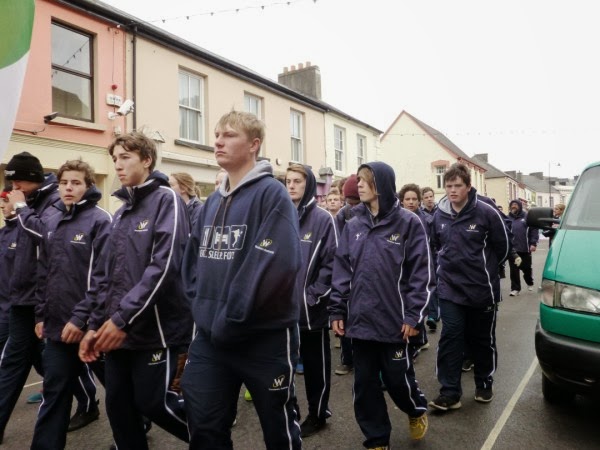 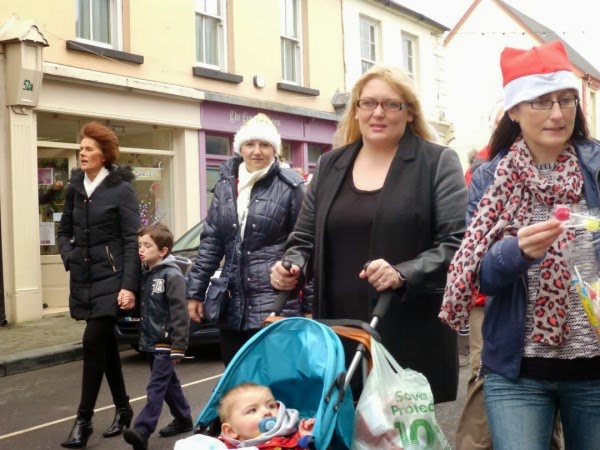 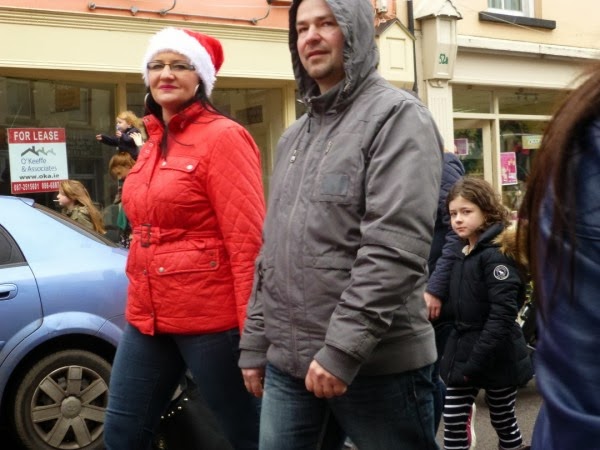 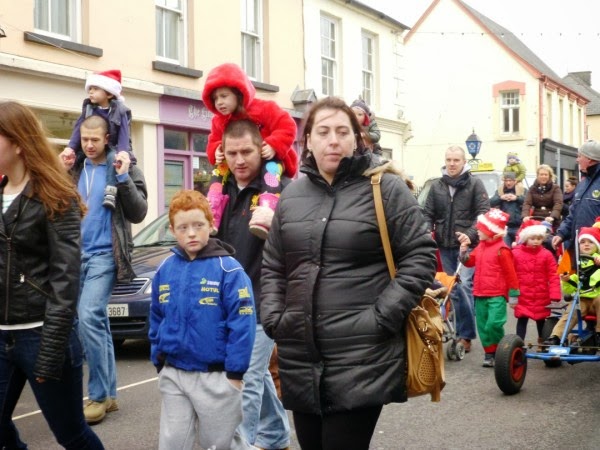 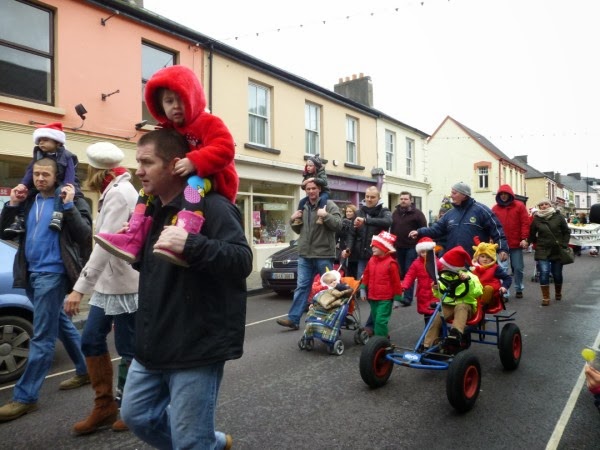 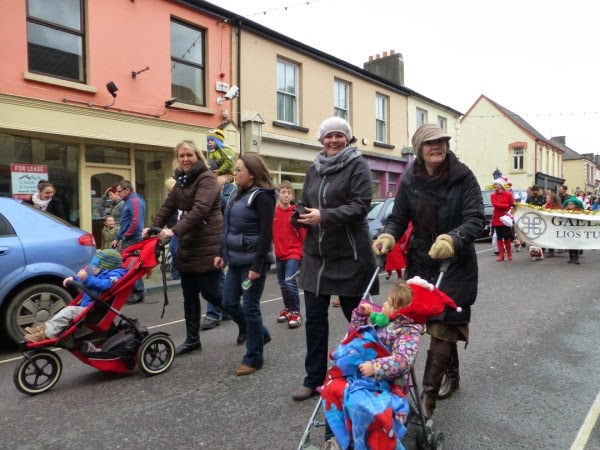 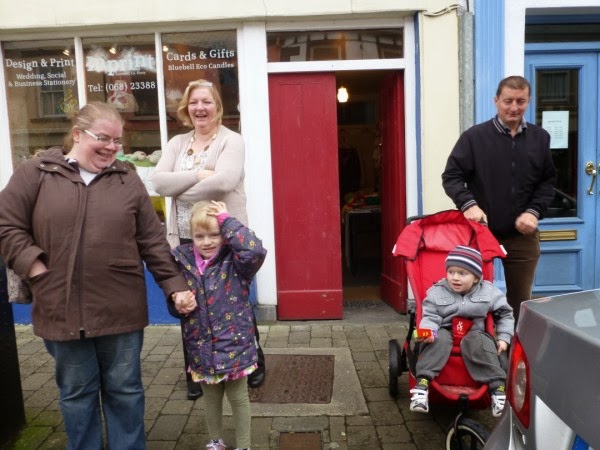 The Leahy family of Shrone were joined by Eileen O’Sullivan to watch Santa pass by.

and steps that meet the breaker.”

a mile north of Bromore Cliffs 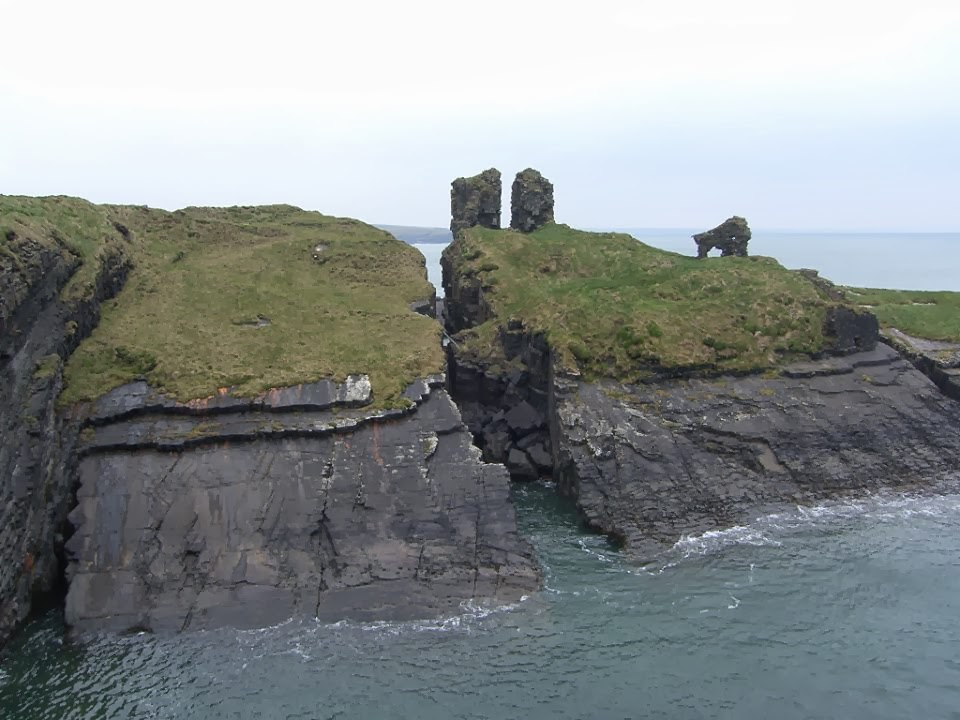 Newspaper snippet from the past

SERGEANT-MAJOR’S DEATH-The death in action of Sergeant-Major John Hennessy,Leinsters, has occasioned keen regret in his native town, Listowel. The deceased was 21 years in the army, and served through the South African war,

and was about receiving a commission when he was killed by a shell. He was the son of the late Mr. D.C. Hennessy, journalist, and author of the “Lays of North Kerry.”