Mark and Sheila Hewitt made a welcome return to Listowel after their Covid absence.

At the School Gate

Scoil Realt na Maidine has got a new school gate.

I learned on Facebook that the gates were made and fitted by Beasley Engineering, Listowel

The Oldest Man in Listowel?

Is Peter McGrath the oldest man in Listowel? He is 95.

Neighbours at a Wedding

I Know for a Fact

Elvis Presley wore a cross, a Star of David and the Hebrew letter chi around his neck. He explained this choice of jewellery thus. “I don’t want to miss out on Heaven due to a technicality.”

Presley died on August 1977, in the bathroom of his Graceland home.

The man who posted this image on Twitter assures us that David Clifford is in there somewhere. Whenever his team, Fossa, play nowadays he is likely to be mobbed by admiring fans as soon as the final whistle is blown.

No mob here, unless its puffins or gannets. The great O’Sé’s on a trip to Scellig.

The Griffin Family, Bridge Road. This old photo was shared online by a family member.

When we got to Galway City, we had the evening to ourselves.   Knowing the area well, what do I do?  I walk almost 4 miles out to Salthill.  One of my favorite promenades in Ireland!!

I walked to the amusement park and then took the bus back to Merchant Street and shopped in the shops.   I shopped at Faller Jewelry.  Back in the 80’s, I was with my mother and got my first claddagh ring.   I misplaced my last one and I had to get a new ring.   I got one with my birthstone on it- a ruby stone!  A trip down memory lane.

We boarded the ferry to Inis Oirr, the most easterly of the Aran Islands, which translates to East Island!  Ferry ride back treated us to the majestic beauty of The Cliffs of Moher, truly breath-taking.

The best way to see the cliffs up close!  After that, we spent the night at The Lahinch Coast Hotel with the stunning views of the Atlantic Ocean, not my room.   A beautiful walk that evening was well worth it and of course, the 1st ice cream 99 cone!

Picture from The Advertiser shared by Mike Hannon

Wedding of Mary and Dave

I had a lovely day at Mary and Dave’s wedding. The music as expected was out of this world. Thank you to Mary’s friends from Listowel Folk Group.

A horse’s age is determined by looking at his teeth. The term ‘long in the tooth” meaning old came about because of this fact.

As horses age their gums recede so their teeth appear longer. This gave rise to the assumption that the teeth were growing. They weren’t.

Recently I made a brief pit stop in Mallow and I photographed a few landmarks there.

Mallow is a strange mix of architectural styles.

Up to the highest height.

This was the scene in Ballybunion on the Saturday of the May bank holiday weekend 2022. MOYA goes from strength to strength.

This was Hannon’s newsagent’s and book shop back in the day.

I told you the other day that I bought my Frances Kennedy cd in that shop.

Mike Hannon is sharing marvellous old photos on Facebook. This is one of those, Eileen and Danny in the shop.

These are just two of the great local books I’d highly recommend this Christmas.

Some of my readers abroad have been enquiring where they can get local books. Woulfe’s Independent Bookshop is your one stop shop for books. Brenda stocks all the local books. She also has a wide selection of all the popular titles and she will post to anywhere in the world, but be warned, postage costs to places outside of Ireland are high.

The Joy of Comics

This essay is by Declan Hassett from his lovely nostalgic book,

I was on my way to my hairdresser’s appointment when I saw a crowd gathered at the door of the shop.

All was shortly revealed. Danny had spotted the class of schoolboys looking at his lovely Christmas window. Danny, being Danny, grabbed his jar of lollipops and distributed them to the delighted boys.

Sometimes a small gesture can make your day.

At the heart of Listowel Christmasses for over a century

I got this email yesterday from Dave O’Sullivan.

Greetings from a wet and windy Kildare.

What a lovely essay from Nathalie this morning. Nathalie’s experience in Listowel in terms of warm welcomes and inclusion mirrors mine, one that has created a network of lifelong friendships and affinity for lovely Listowel.

I have attached a piece from the South Pacific show Nathalie references in her Listowel memoir which may trigger more memories for you readers. 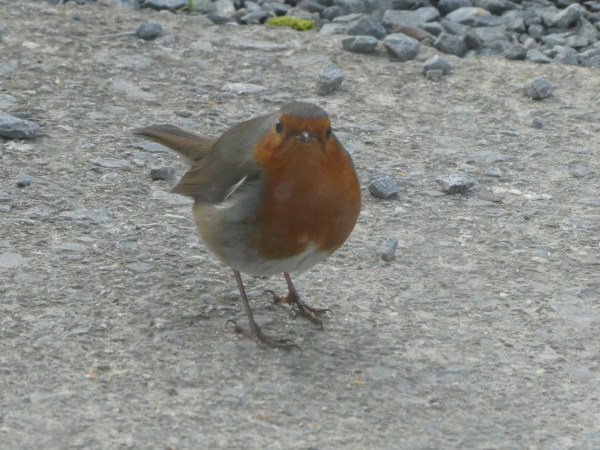 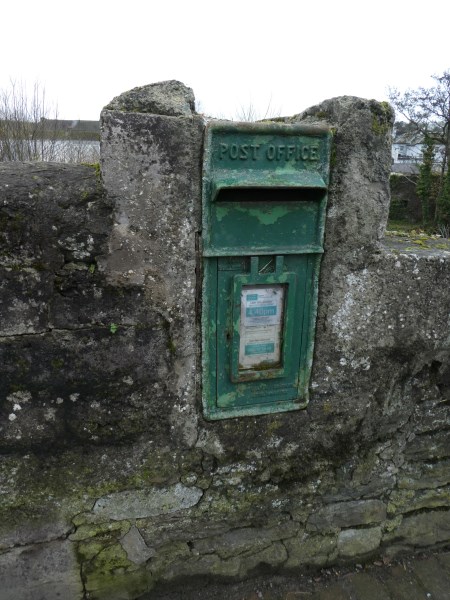 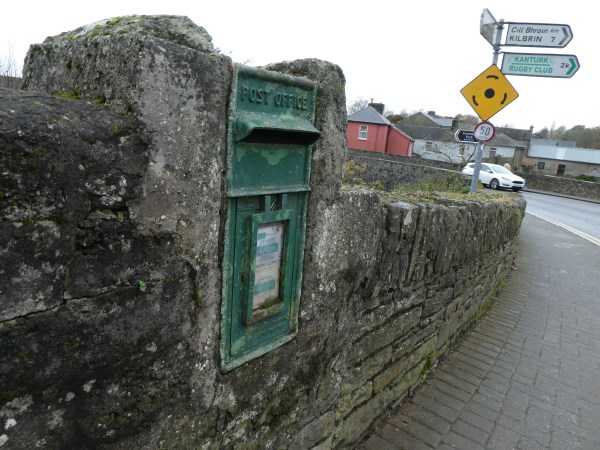 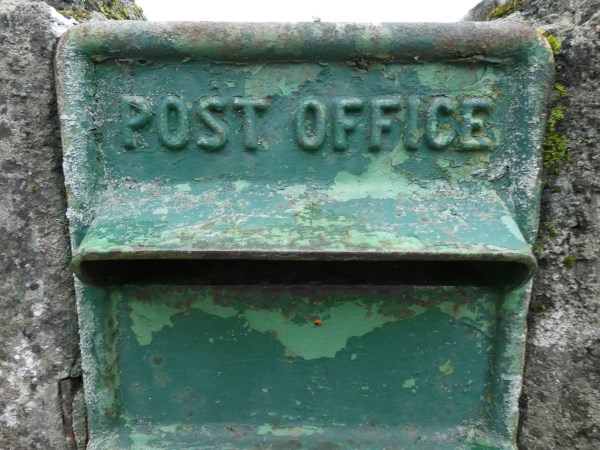 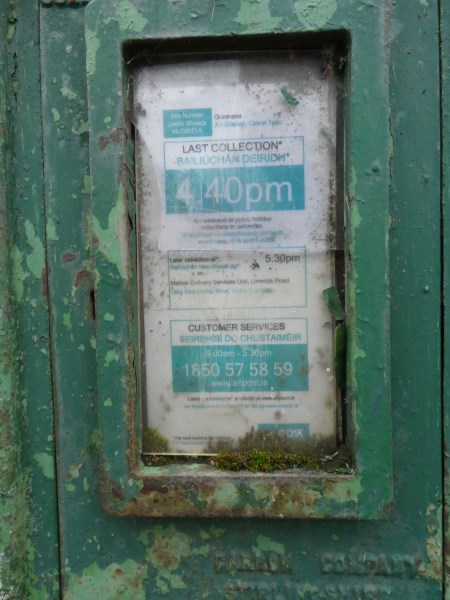 This lovely old postbox needs a lick of paint. It is very important that we preserve these lovely pieces of street furniture. They have stood the test of time and deserve better care. 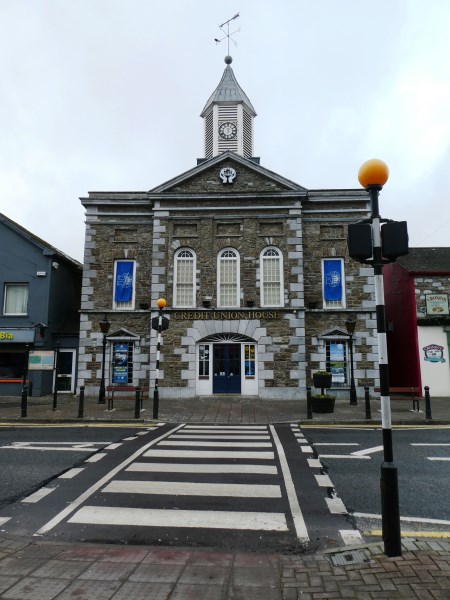 This building known as The Clock House, now houses the Credit Union. It is a lovely old building complete with weathervane and public clock. It is beautifully kept and looks much as I remember it from 50 years ago. 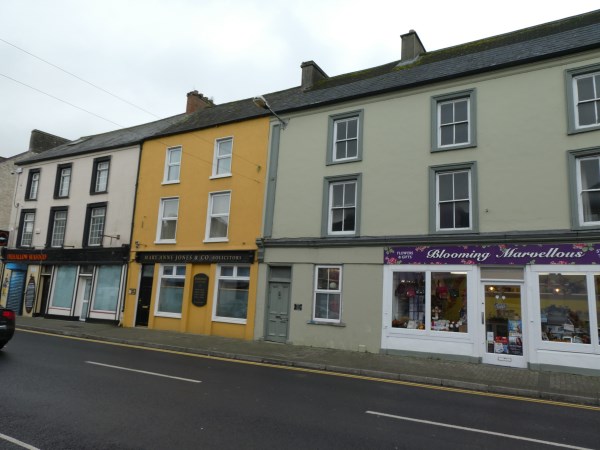 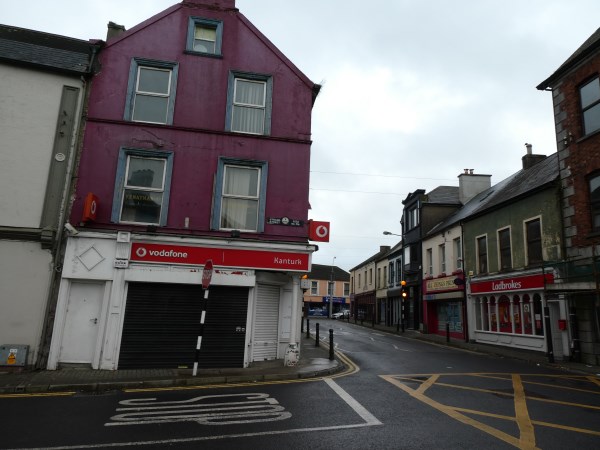 This corner used to house Connolly’s shoe shop in my day. 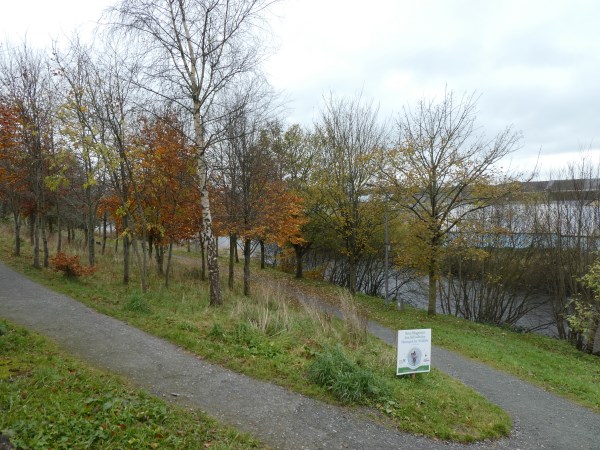 Greenane Park is a new development since my day. 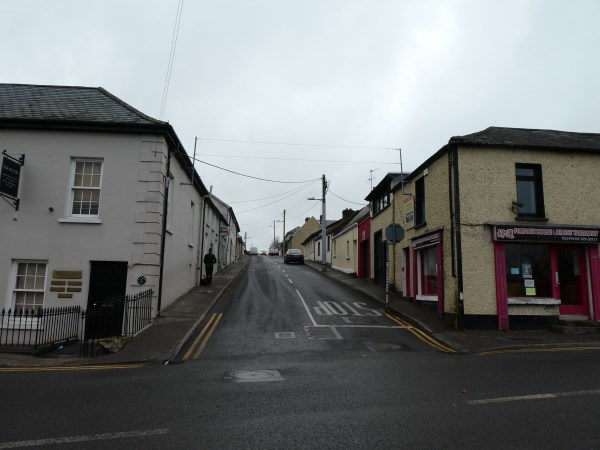 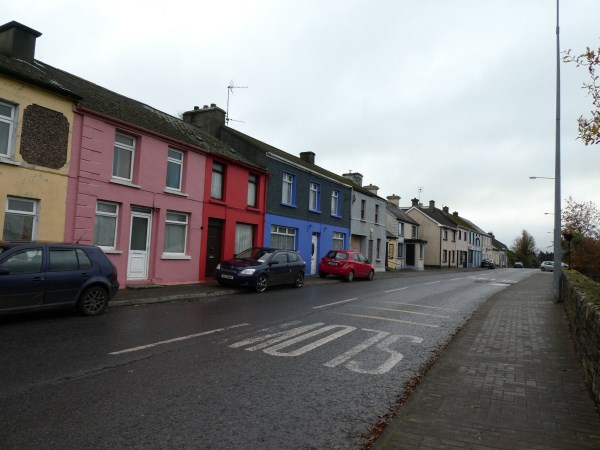 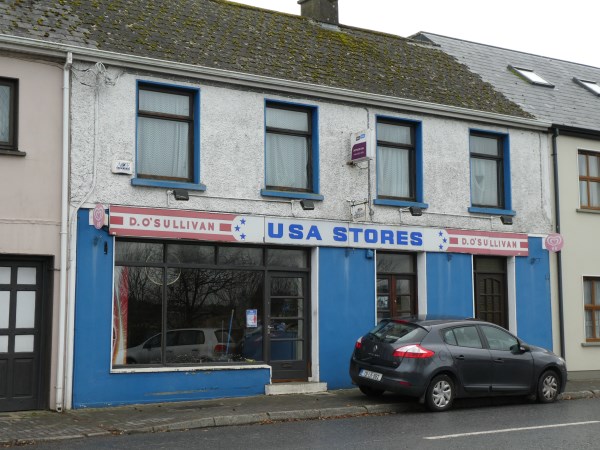 This iconic Kanturk store which we used to call Donie’s is, sadly, closed.

St. Mullen’s Well (Brosna, Co. Kerry.)
St. Mullen’s well is situated in the picturesque historic town of Brosna in East Kerry. In the dim an distant past, St. Mullin – a holy Bishop was preaching to a large crowd of Pagans at the foot of Lavalla hill where the blessed well is situated. He saw that his words were making a deep impression on the pagans and he was hoping to make many converts. When the Saint had concluded his sermon a tall handsome blind man said: If you claim God has such power, I’d like you would give some demonstration of that power. “If I representing God .” said the Saint “gave sight to your eyes would you be converted?” “Gladly and willingly,” answered the blind chieftain. Thereupon the Saint, lifting his crozier above his head prayed long and fervently and then struck the ground three times with the end of the crozier. Immediately water gushed from the ground and when the Saint bathed the blind chieftain’s eyes with the water and immediately his sight was restored. The chieftain and all his followers were converted on the spot. Every month of May hundreds of people pay “rounds” at the well and many cures especially to the eyes have been effected.

Read it and Laugh

I Built a Fabulous Machine

I built a fabulous machine

To keep my room completely clean.

It swept it up in nothing flat.

Has anybody seen the cat? 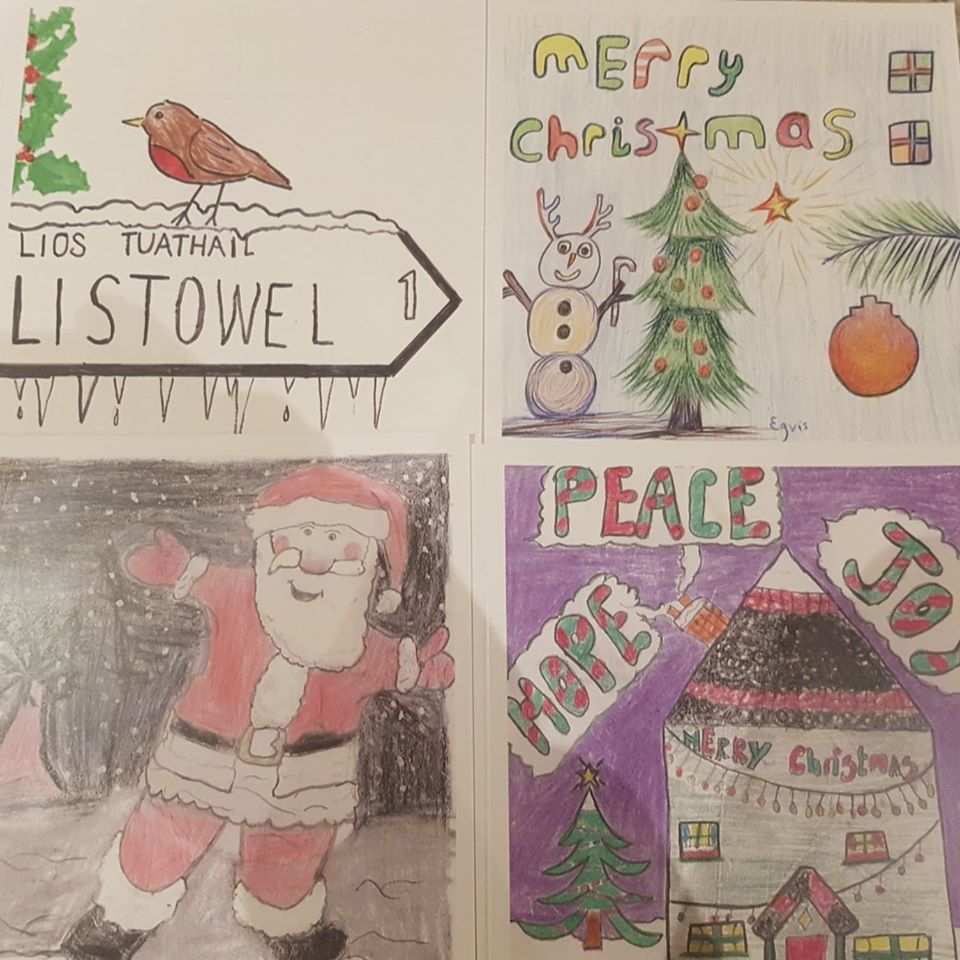 Whimsical shadowy murals have been popping up around Tralee. They are the work of Mike O’Donnell, a talented artist, playwright, poet, composer and musician There is no end to Mike’s talents.  Here are a few of his pieces that have become a talking point in Tralee. 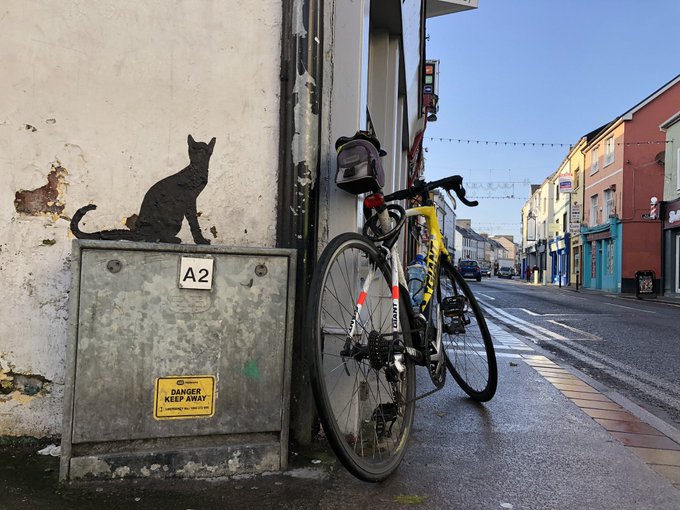 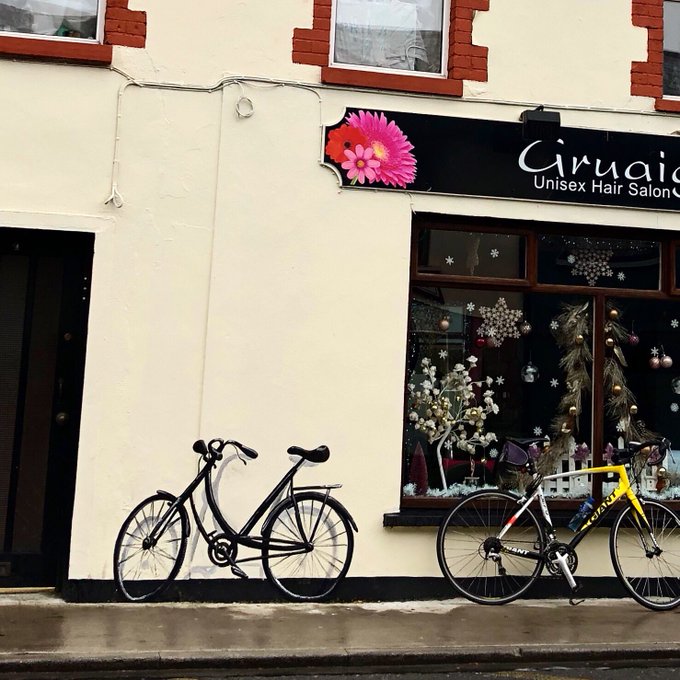 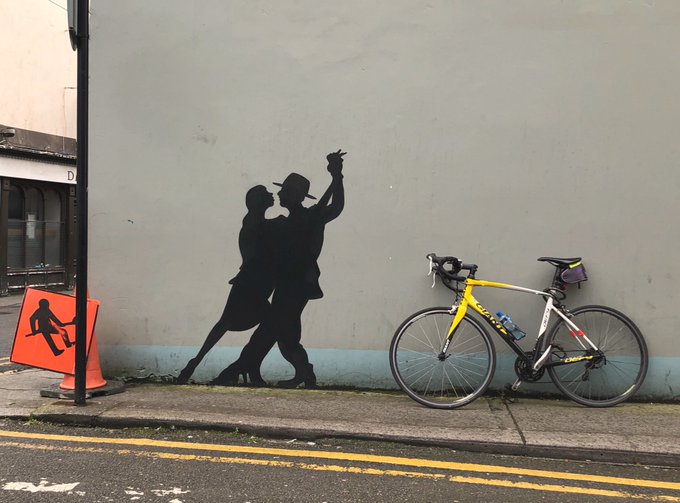 The yellow bike is kinda like his signature or tag.