Vincent failed to upload this as a comment but he kindly emailed it to me for your delectation.

While not wishing to do so, I must take issue with the blogger in the instance of her  recollection of the story of the Protestant business man.

As I recall, the incident which is referred to, concerned a Protestant family of shopkeepers named Elder who had a shop in the Square for nearly thirty years, and which was subsequently  bought by the Lynch family who had a shop and bakery on the premises until recently.

It seems that some of the Elders staff enlisted to serve in the Great War and as a result a poster was displayed on the shop window which read, ” REQUIRED WITHIN, TWO SHOP ASSISTANTS, NO CATHOLIC NEED APPLY” , this clearly infuriated the greater majority of townspeople and on one of the following days after the Elder family opened their shop they found a whitewashed slogan painted on their front wall, which read, ” NO CATHOLIC WILL APPLY”

Horans shop itself had many interesting occupants over its many years, one of whom was a gentleman named John Foley who ran a drapery business for some time. Foley was a noted athlete and was Irish Shot Putt champion in his early years. Indeed a son of his called Jerry returned back to Listowel some years ago in retirement after a lifetime of seventy years in America.

During the War of Independence his shop was where JK Sports (Aidan O Connor) trades. Further up William Street there was a hardware shop owned by John Faley, Faley a staunch republican had over those years working in his employ many of the young men fighting for the cause, indeed one of these was Paddy Dalton, murdered at Gortaglanna. The Black and Tans were aware of where Faleys sympathies lay and they decided to make an example of him by torching the shop, after this order was given, the party to carry out the business left the Barracks, came down Church Street and up William Street, however they mistook the name John Foley for John Faley and preceded to set the house on fire. Such was the outcry after this event, Faleys escaped.

Other occupants of where Horans are now were, William Woods, shoeshop. Tom Walsh, drapery, he afterwards moved across the road to the corner house which is now part of McKennas,  McCarthy, drapery. Paul Shanahan, shoeshop.

One can see a photograph of John J.Foley, athlete, in the company of Ned( the hooker) Walsh and Morgan Sheehy taken (C) 1900 in “Listowel and the GAA”  page 22. While a photograph of the burning of Foleys house is to be found in Carmodys “North Kerry Camera” page 96.

The Rubicon has been crossed 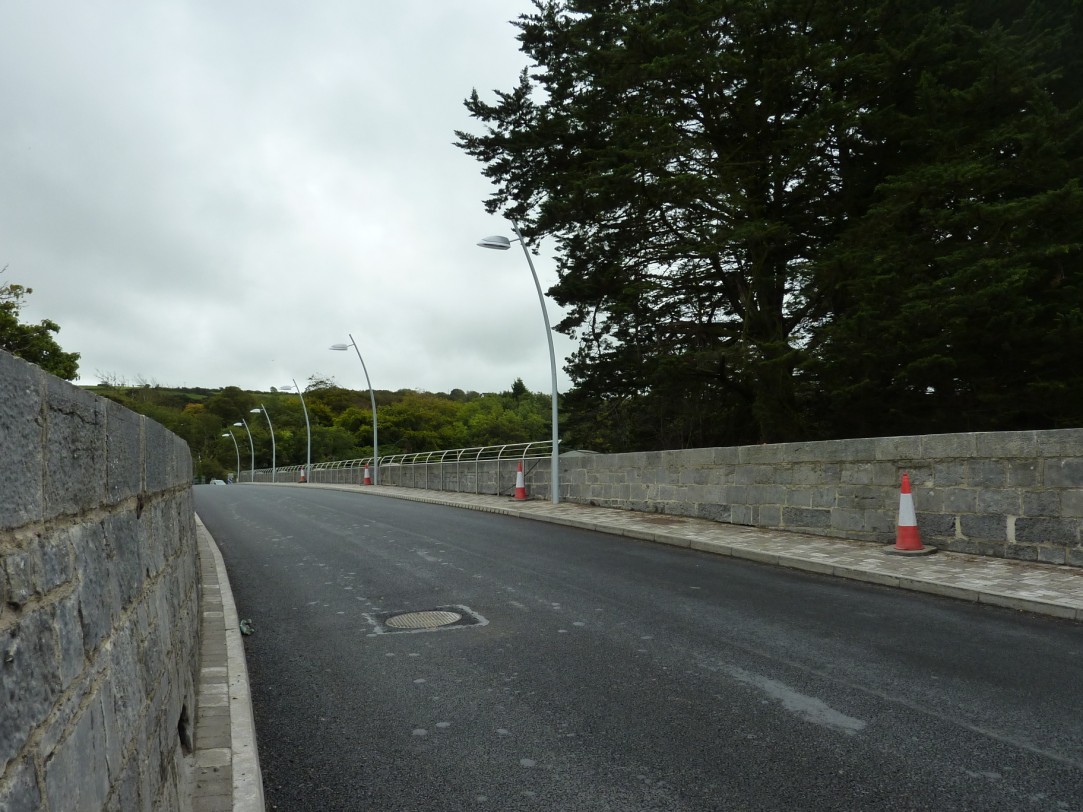 Our entrances and our exits will never look the same again. Upgrading work on the big bridge has finished. The new lights are in place but not lit yet. It looks smashing. 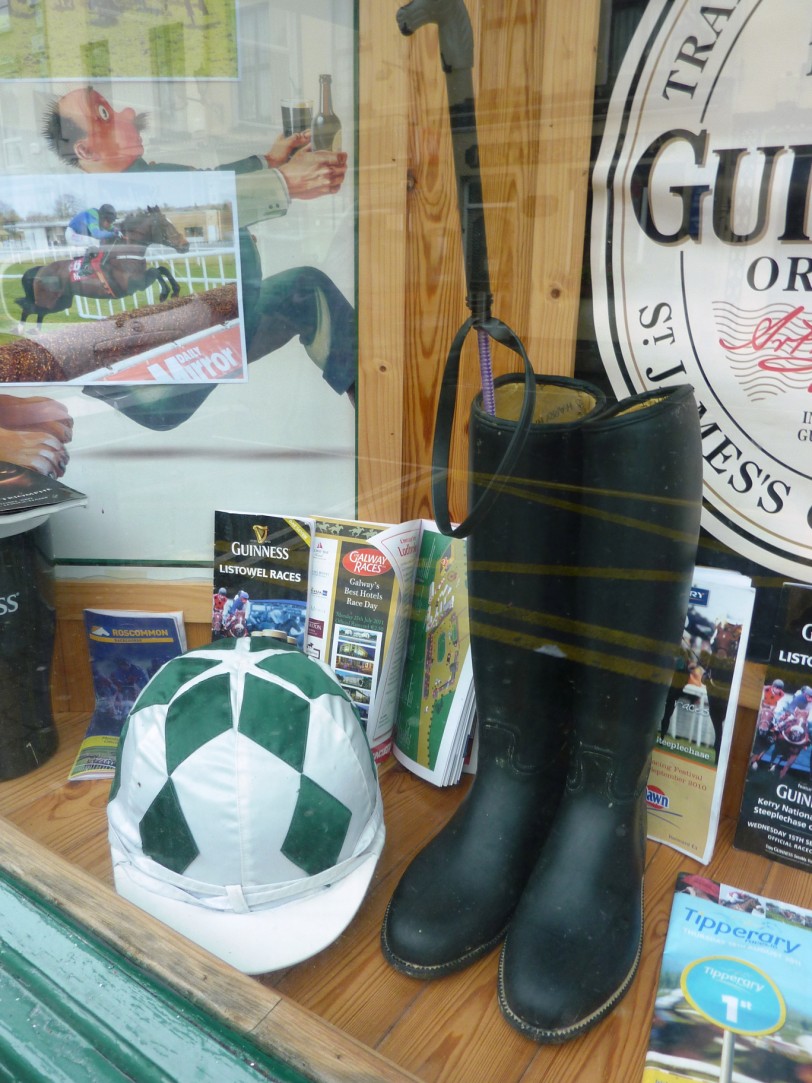 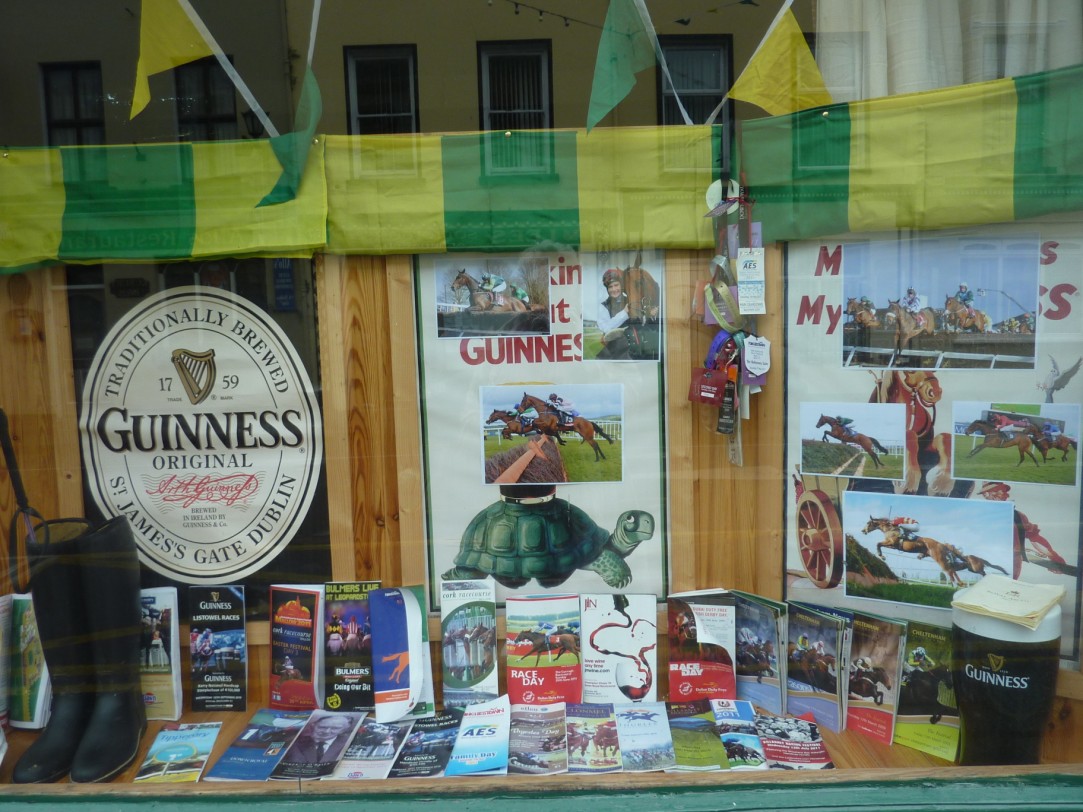 The publicans and shopkeepers are gearing up for the big week. 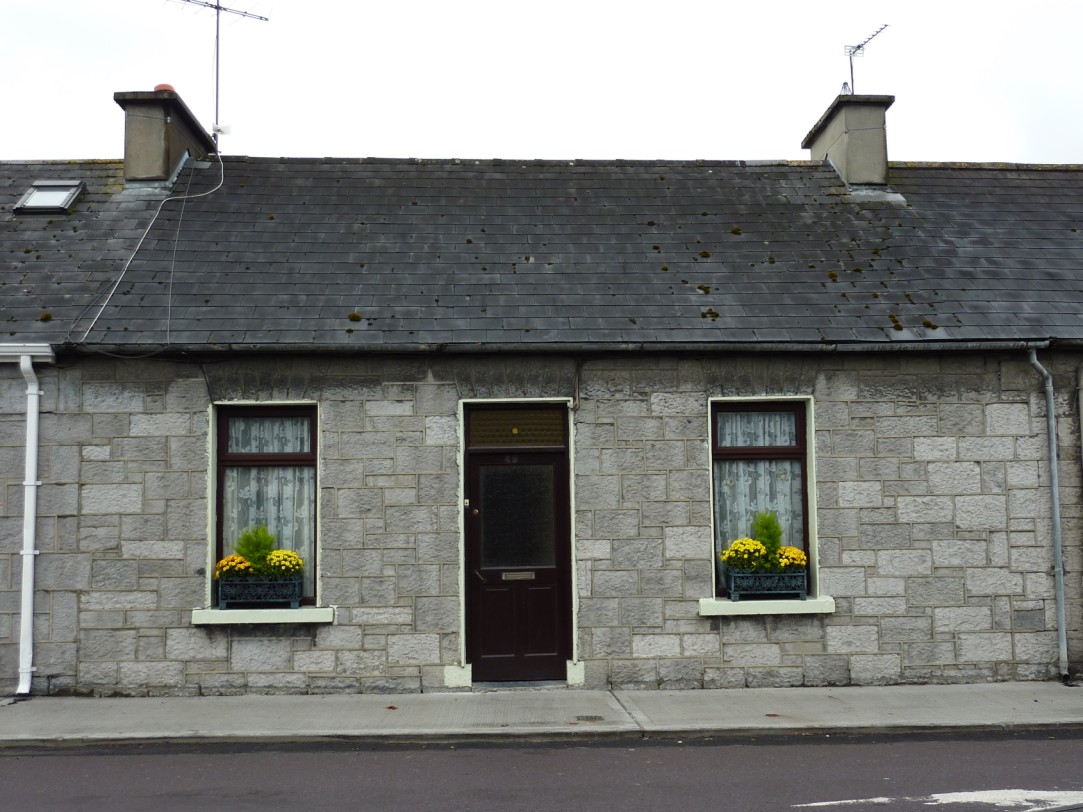 As soon as The Races are over it will be all systems go for Croker. I photographed this lovely green and gold window box display on Charles St. yesterday.