A Lost Soul at Christmas

Today’s story is from Cyril Kelly

Apologies for the awful scanning. I favoured substance over style.

Down Memory Lane with the Boys

This photo and the accompanying autographs was shared by John Keane on Facebook. The photo is from 1980, in the days before uniforms in St. Michael’s.

All the names were gathered by William Carroll of William Street. The photo is his.

John McGrath’s poems are always food for thought. This lovely new anthology is out just in time for Christmas. I’d highly recommend it for that last minute present.

Make someone smile at Christmas!

After Closing, my new collection, available at:

St. Michael’s College used to be as fever hospital. In the 1940s and 50s it had a massive reputation for the teaching of Latin and Greek. A remarkable number of St. Michael’s past pupils have achieved international eminence.

Hard to believe but the first team game that was played in the college was cricket.

Another premises looking for a new tenant. The first photo dates back to 2007.

A Listowel pooch in a room with a view.

Cyril Kelly tells us about the trials and tribulations of an altar boy in November. They were all boys before Vatican 2. No altar servers then.

Katherina is the first past pupil to be appointed principal. I wish her every good luck in her new role.

I found this book on my bookshelf. God alone knows where I picked it up, probably a charity shop.

This is one of the stories of interest. I’m sure some local people will know who these men were. R.I.P. John Linnane

Do you remember this (fairly irritating ) song that was really popular with children a few years ago.

Well, it could save your life. That’s a fact.

The song has a tempo of 115 beats per minute. This is just about the perfect speed for performing chest compressions. So it’s the perfect tune to hum while you are saving a life.

A Mill, a Poem, a Signwriter and a Celtic Illuminator

The Old Rustic Bridge by the Mill

While I was in Castletownroche for my family wedding I took the opportunity to visit the most famous spot in the village.

Death of a Priest.
Much regret will he felt by Kerry priests and Kerry men all over the world at the death of the Very Rev. Father Timothy Crowley, lately president of St Michael’s College, Listowel. Father Crowley was a native of Kilsarken, and received his earlier education at St. Brendan’s Seminary, Killarney. Going thence to Maynooth, he had a distinguished career, and was made on his ordination president of the Kerry Diocesan Seminary. Subsequently he made a tour in America collecting for the O’Connell Memorial Church, and on his return was appointed to the presidency of St. Michael’s College, Listowel. Failing health overtook him, and he passed away in his 54th year, to the great regret of his confreres in the diocese, who deplore the loss of so able a colleague.

Martin Chute is doing an excellent job of signwriting on this iconic building in Listowel’s picturesque Square.

A Poem for Poetry Week

This poem by Delia O’Sullivan from her great book It’s Now or Never will give you food for thought.

Plans are afoot to bring some of the works of this extraordinary but under appreciated Listowel born artist back to his family home at 24 The Square, now Kerry Writers’ Museum.

On today, September 17, the anniversary of Michael’s death, his son, Fr. Brendan O’Connor shares memories of his father with us.

Michael Anthony O’Connor (1913-1969)
Although it is over 50 years since the passing of my late father, on 17th September 1969, I still have fond memories of seeing him stooped over his drawing board in the evenings, with paints, brushes, pens and quills arranged on the table beside him. He would work patiently for hours on end, usually after we had all gone to bed when he would have less distractions.

His concentrated and painstaking artistic work reflected his good-humored and patient manner. He never had to raise his voice.

“What did your mother tell you?” was enough to convey that it was time to obey.

We looked forward to his return from the office every day – his professional work was as an assistant architect in the Department of Transport and Power – but especially on Fridays when he would bring some chocolates for us and a treat for my mother.

We were so accustomed to his artistic creations that we didn’t fully appreciate the originality, skill and dedication he brought to his art. He had the humility to continue working at a very high level of achievement without seeking to be known or appreciated. The completed work was its own reward.

This is shown in particular in the “Breastplate of St Patrick” – a family heirloom which he produced for his own enjoyment in 1961 to celebrate 1,500th anniversary of the national saint.

He responded generously to requests for illuminated commemorative scrolls and the like. He also completed a number of commissions for official government purposes, but of all of these we have little data.

Although original illuminated artwork and calligraphy in the Celtic style was not much appreciated at the time, a small circle of friends and acquaintances were aware of the quality of his achievements. Prof. Etienne Rynne and Maurice Fridberg have left written testimonies of their appreciation.
Mr Fridberg, an Art Collector, wrote in a letter to the President of Ireland in 1972 –

“Michael O’Connor was in my opinion the greatest artist of modern Celtic Illumination in this century. “

Although obviously influenced by the Book of Kells, his own individuality comes through every letter.” Prof. Rynne, wrote an article on the revival of Irish Art in an American journal, also in 1972, in which he said “O’Connor, however, produced much excellent work, notably in the form of beautifully illuminated letters. Although a master-craftsman and an original worker he depended somewhat more on the ancient models and on neat symmetry than did O’Murnaghan. … With the death in 1969 of O’Connor, the ranks of first-class artists working in the ‘Celtic’ style were seriously bereft.”

Michael O’Connor was born in No. 24, The Square, Listowel in 1913. He married Margaret Walsh in 1950 and they had four children, Michael, Brendan, Gerardine and Aidan. We used to enjoy memorable visits to the family home on the Square when we were children and were especially proud of the Castle in the garden!
It would indeed be a very fitting if belated tribute to his contribution to the ancient Irish artistic heritage and culture to have his available works displayed in his ancestral home in Listowel.
Brendan O’Connor (Rev.)

Doggy in the Window 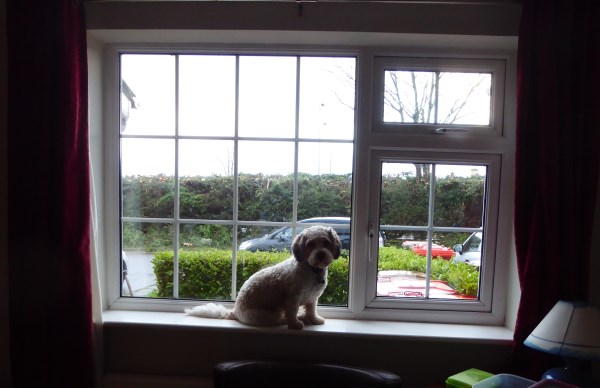 If Molly had a big red button, she’d put it here.

When the pantomime was the talk of the town 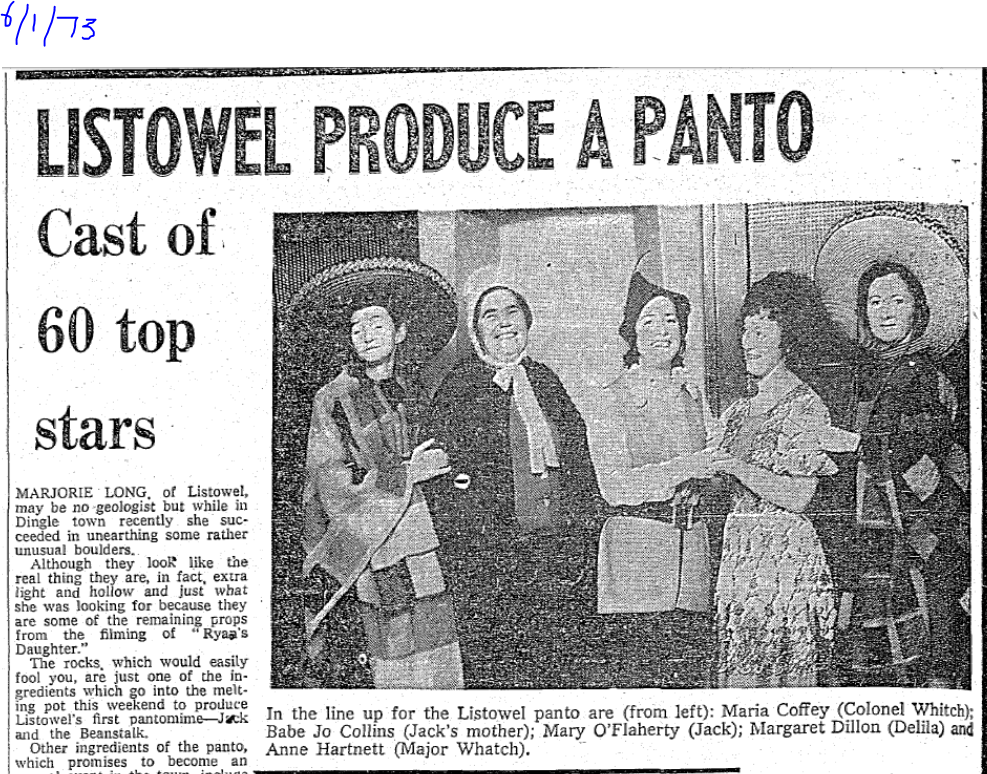 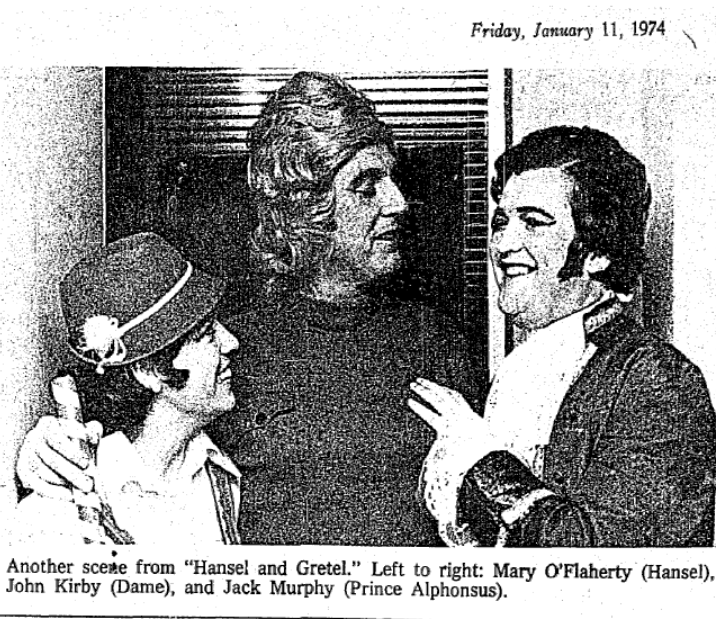 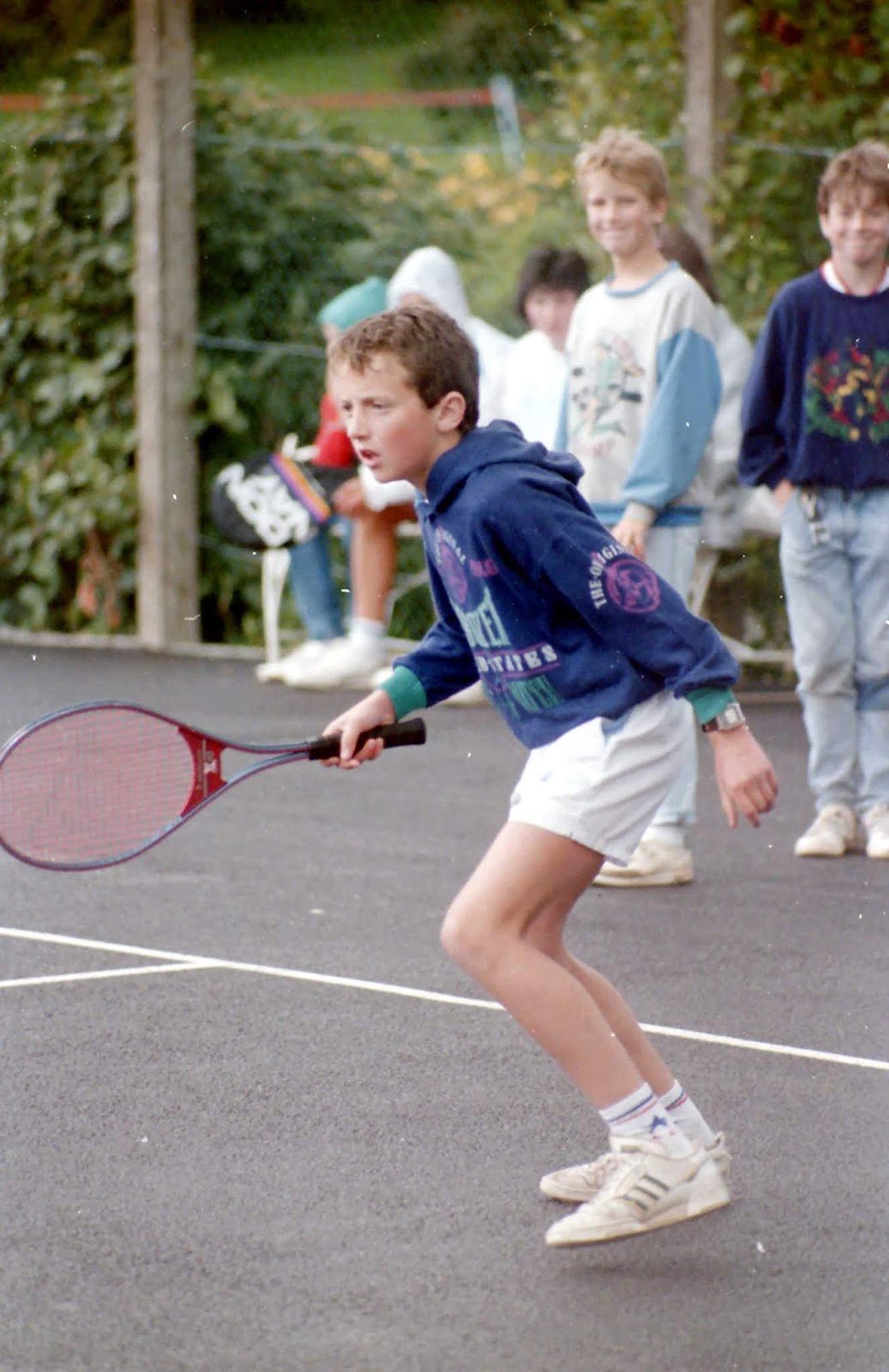 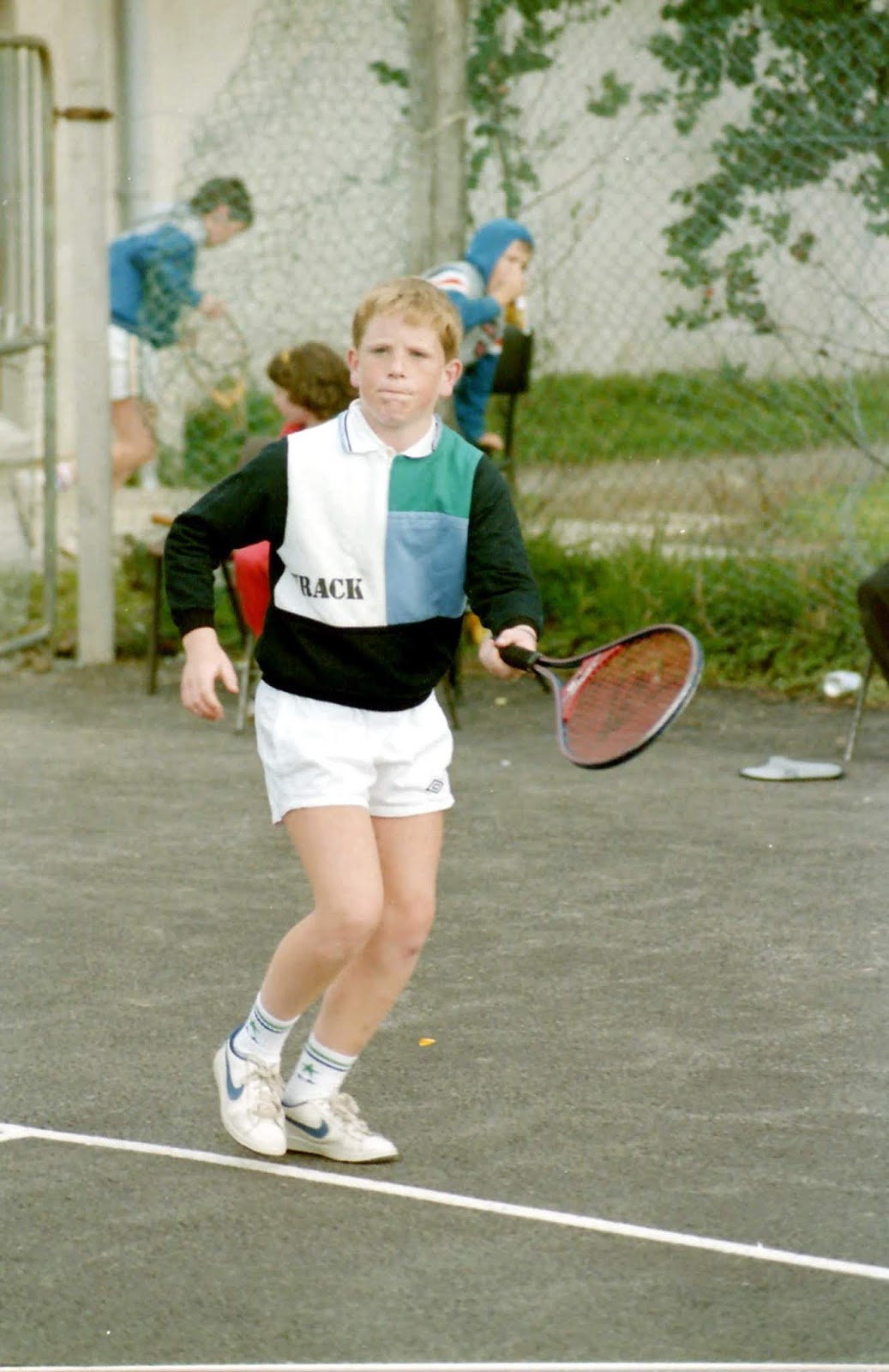 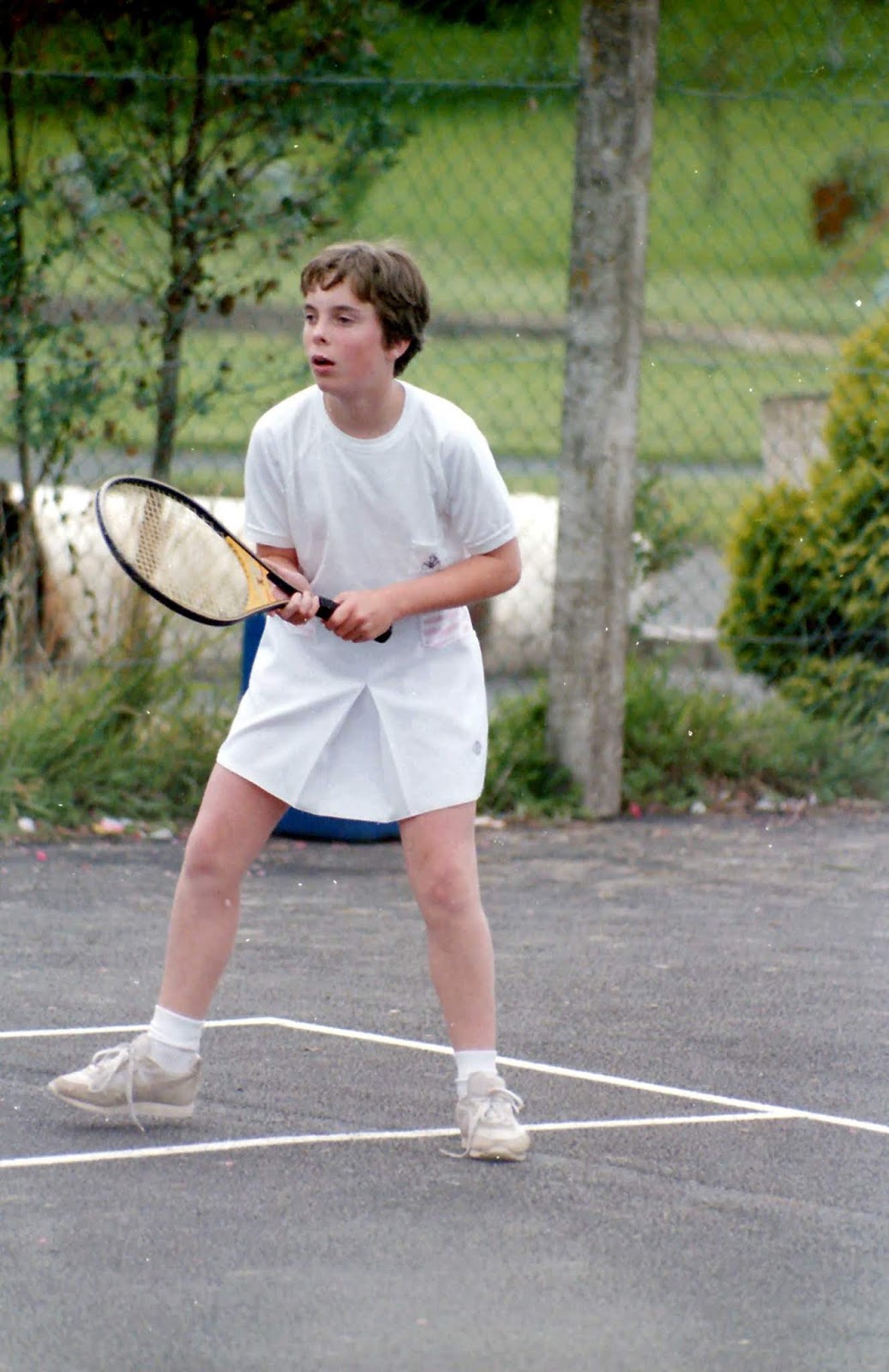 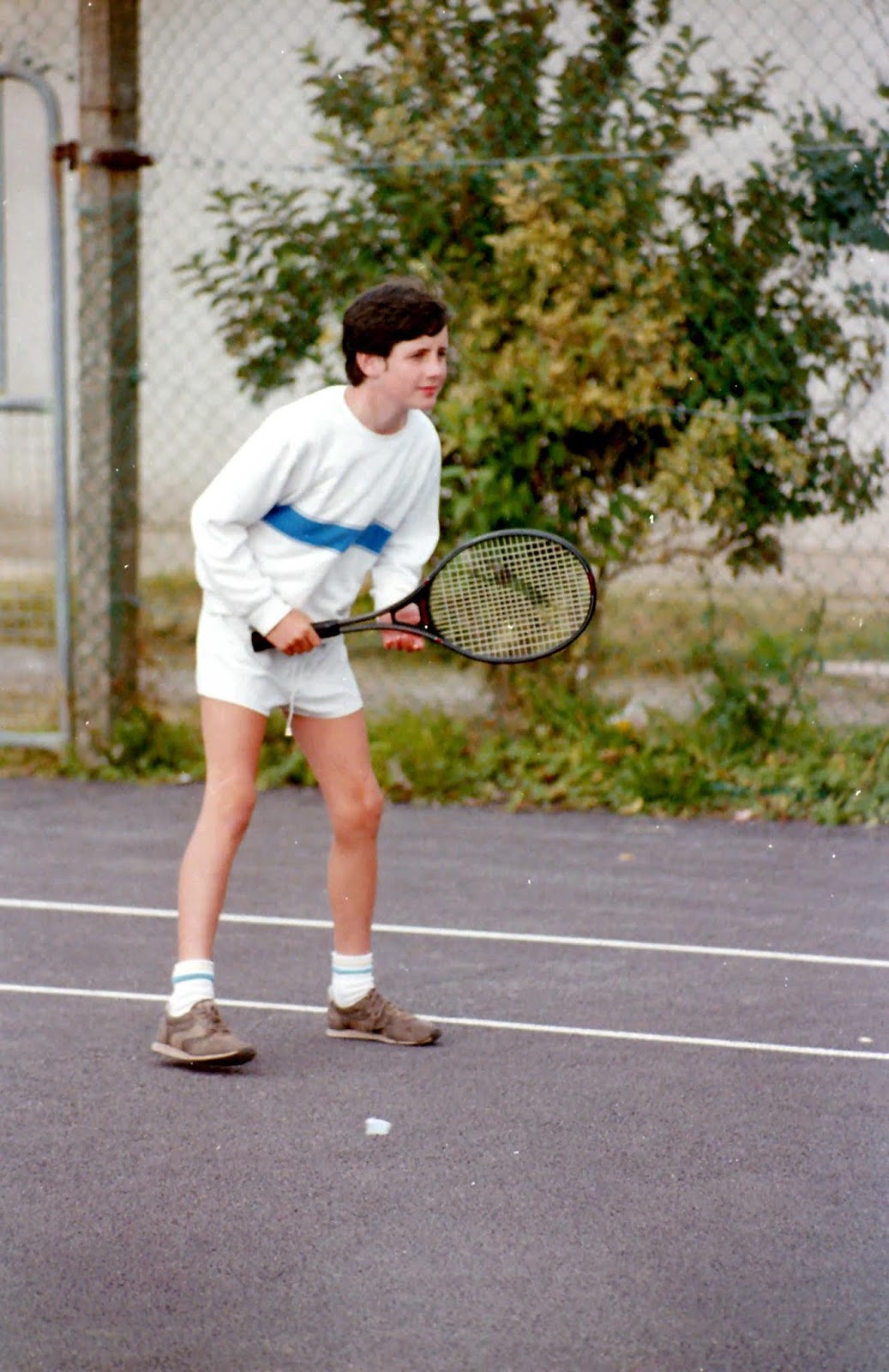 They’re planning a black tie ball in St. Michael’s. It will be held on March 15th 2019 and tickets are available at the school.

The last time they held such an event was in  December 1999  when the college was celebrating 120 years of education for boys in Listowel.  Here is the souvenir booklet. 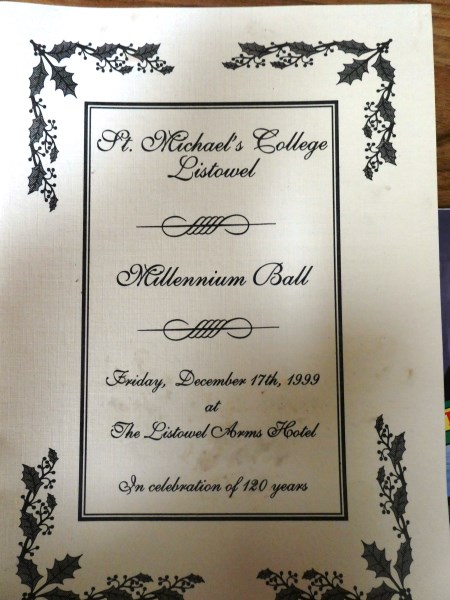 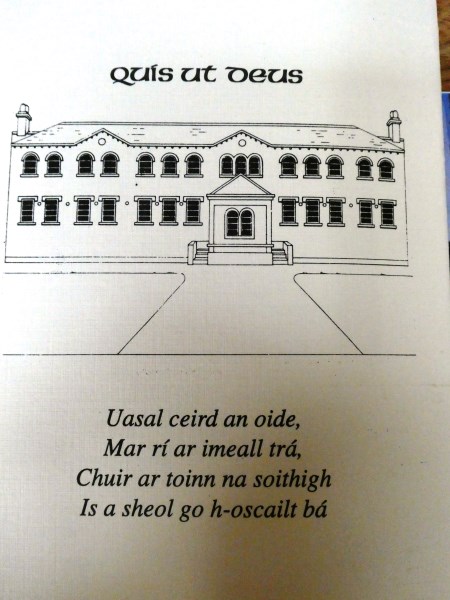 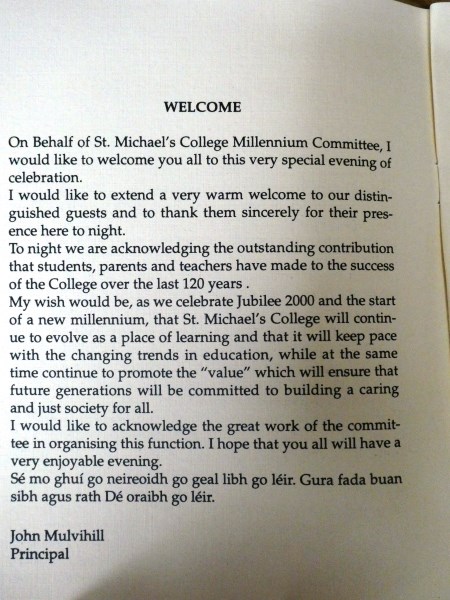 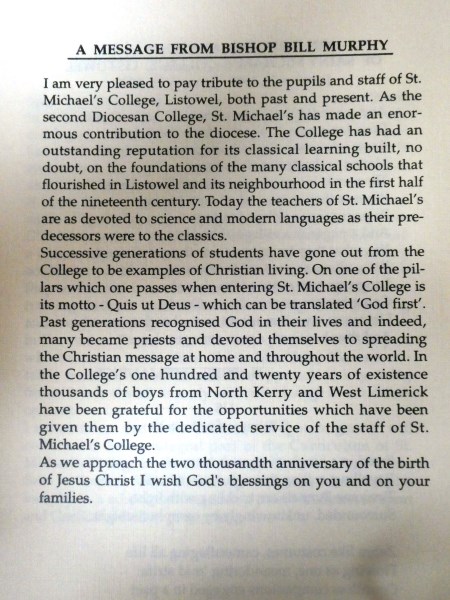 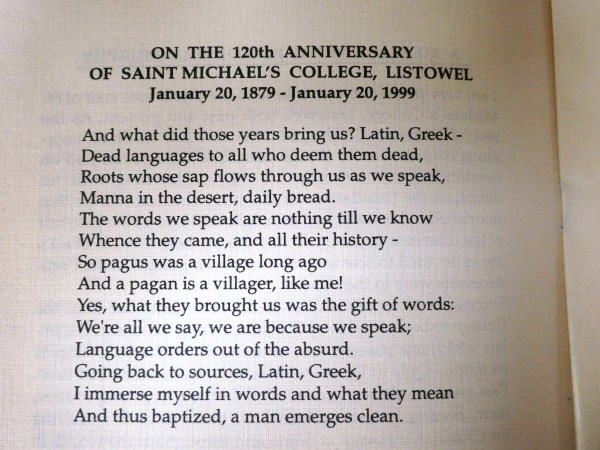 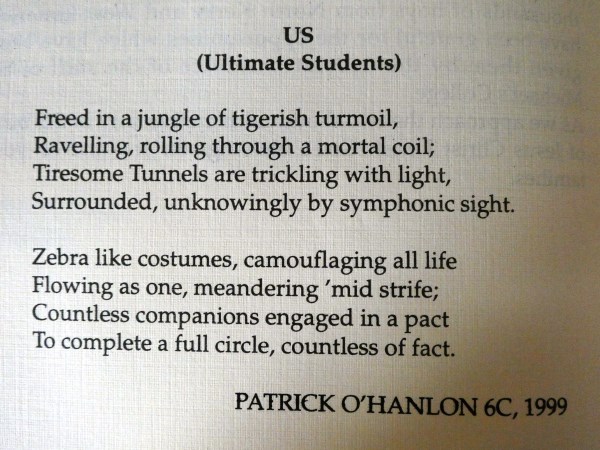 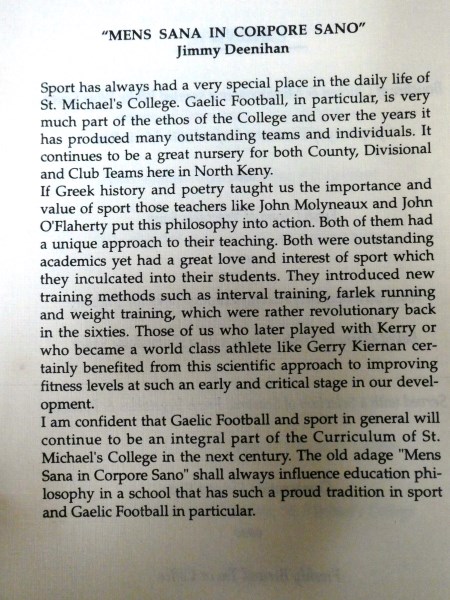 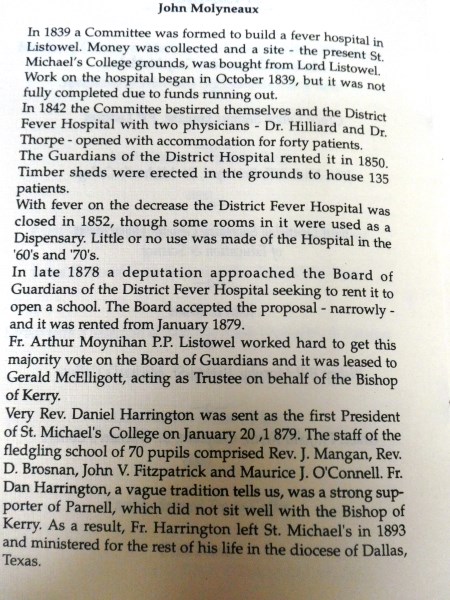 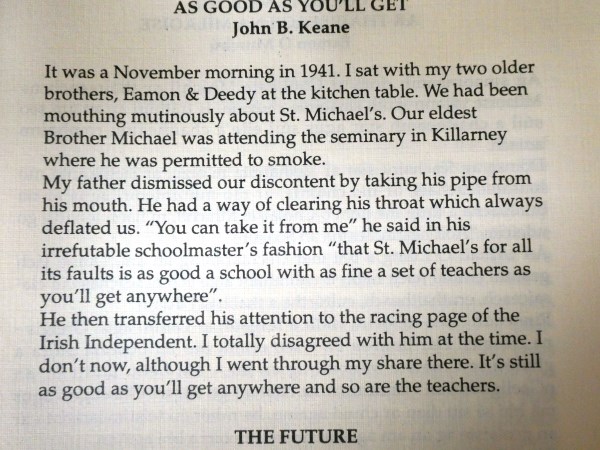 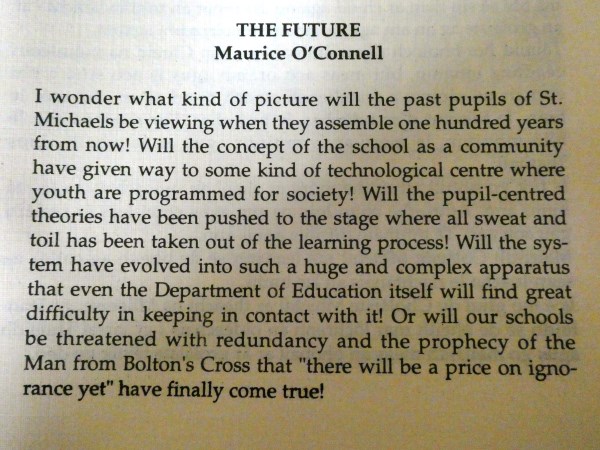 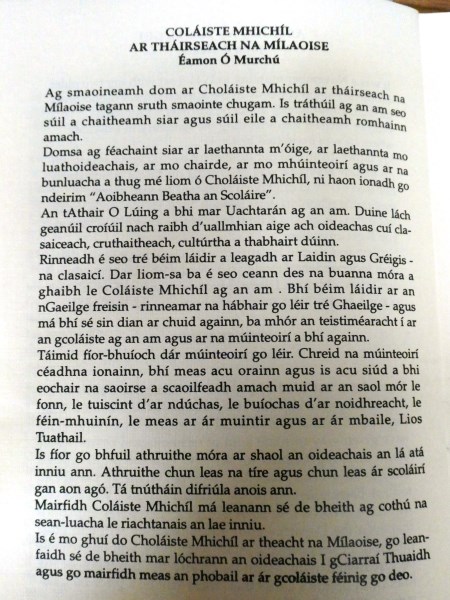 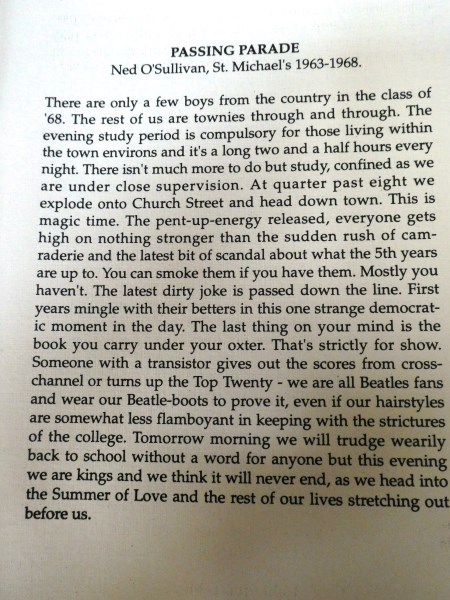 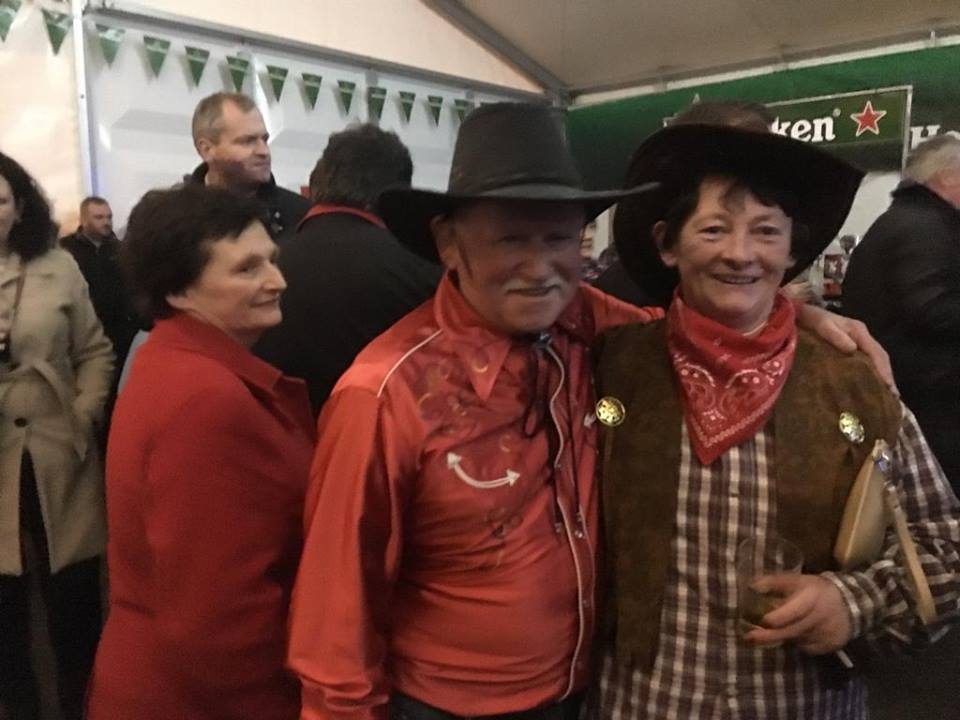 I found this photo on Facebook of two happy barn dancers, Patsy Kennedy and Kay Lane at William Street on Friday 8 2019 for Listowel’s barn dance in aid of Listowel Tidy Town’s proposed purchase of a van.