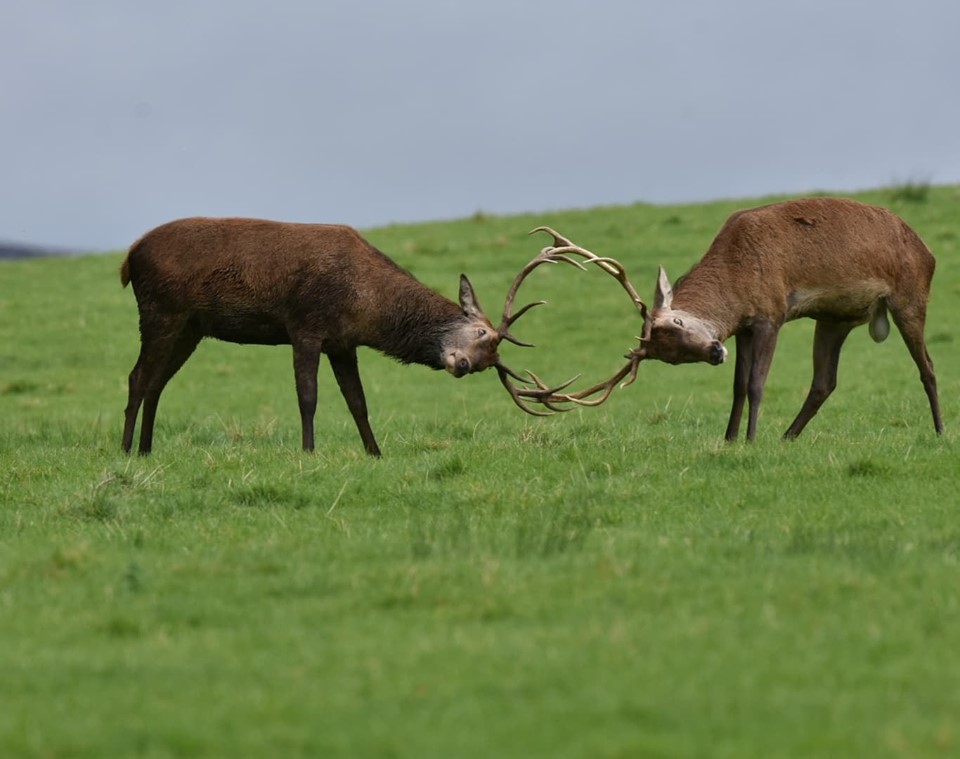 Locking Horns in The National Park

John B. Keane in The Limerick Leader

One venerable reader of our column on communications was none other than my great friend, Willie Whack Gleeson, dean of Limerick’s typesetters and a great man to utilise big words as well as small.

He is a man to whom I am greatly indebted this many a day for his priceless insight into the character and background of his fellow Limerickmen.

“Sir,” he opens in characteristic fashion, “in recent contribution of yours to the Leader, you referred to the use of long words by yahoos, gombeen men, TDs and long-winded buffoons.”

“If I had my way, I would apply the following as a fair reading test for all drunken motorists and self-styled intellectuals and comprise city and county councils.”

Yours till Niagra Falls

How does one react to a letter like this from a man, who as far as I am aware, was never once intoxicated by the exuberance of his own verbosity nor given to inflated or fustian tumidity?

I imagine the sensible thing to do would be to have a shave a haircut, and if practicable, a shampoo, after which a refreshing bathe in the milk of ass mares is to be recommended.

Sometimes at race meetings, I stand aside to watch the passing scene.

At the dog tracks, it’s different.

One is at once caught up in the proceedings such is the nature of the sport.

Recently at a well-known race meeting, I stood near to the owners’ and trainers’ bar.

From time to time, men and women with binoculars draped across their shoulders came and went.

Occasionally the doorkeeper would extend his hand to stop people who did not show proof of ownership.

Some of these were somewhat disgruntled and argued their cases heatedly.

Sometimes the doorman would reconsider his decision and admit them.

With others, he was adamant.

He held them firmly at bay; a cross look on his face, his shoulders belligerently squared under his white coat of office.

There was one particularly noisy exchange during which a couple of young bucks attempted to push the doorman aside.

They moved off, however, when the doorman threatened to call the Guards.

Next to arrive was a North Kerry publican with a party of friends.

None of the group had ever owned or trained an ass not to mention a horse.

The publican in question shook hands with the doorman and entered the bar.

Then, with the magnanimous gesture, he indicated to the remainder of his party that it was alright for them to enter.

The doorman made no attempt to stop them

Immediately after the last of the party had entered a decent-looking man with a pair of binoculars was held at bay by the doorman.

Puzzled, he retreated and sought another bar.

I saw some of them in a special enclosure in the stand, and there was nothing about them to indicate that they were different from other race-goers.

This story first appeared in The Leader on October 2, 1976.

Down Memory Lane in Tarbert 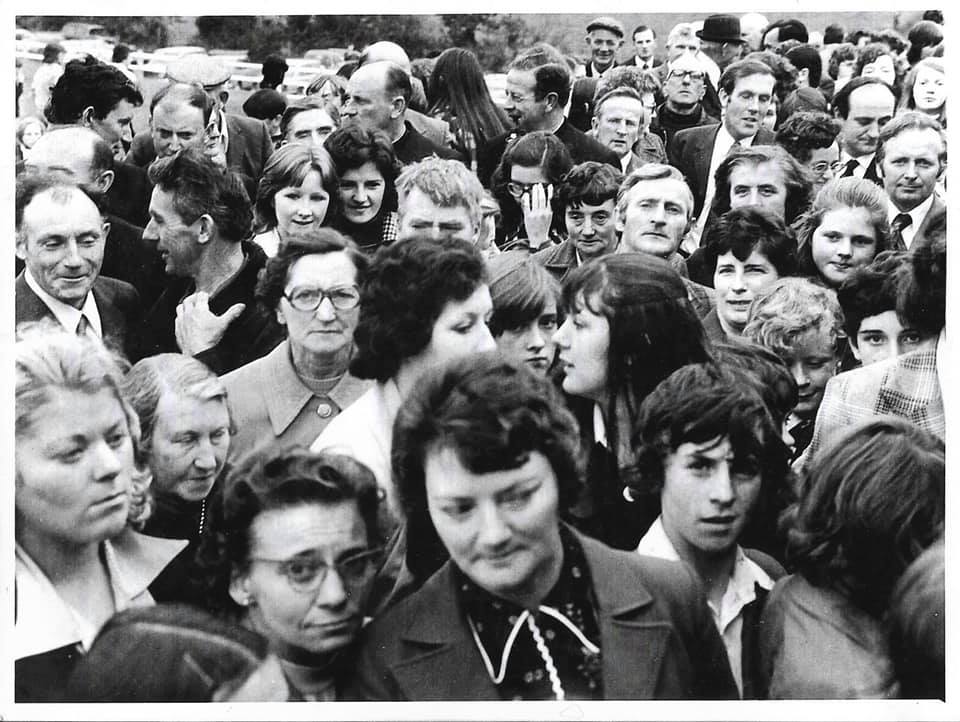 Click on the link and you will find some of the people named in the comments. 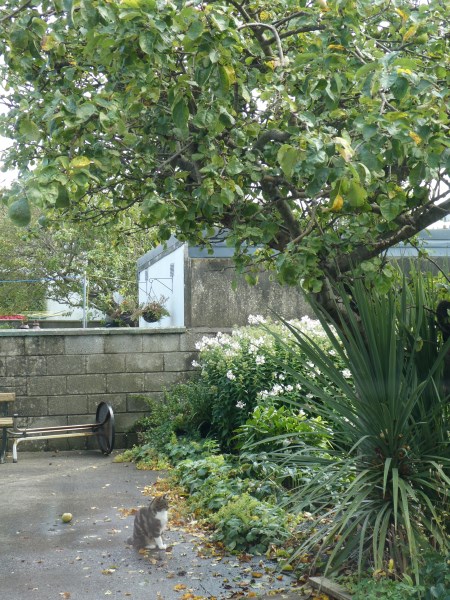 This predatory cat waited for ages but that bird knew better than to come down from the tree. 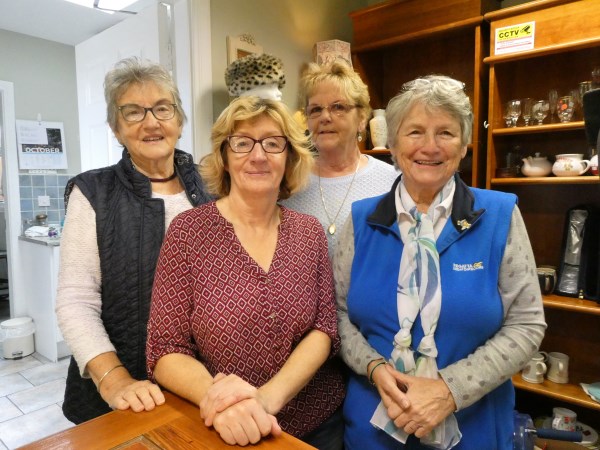 Helping the customers on Friday October 4 2019 were Nancy, Liz, Bina and Eileen.

Pride Comes Before a Fall 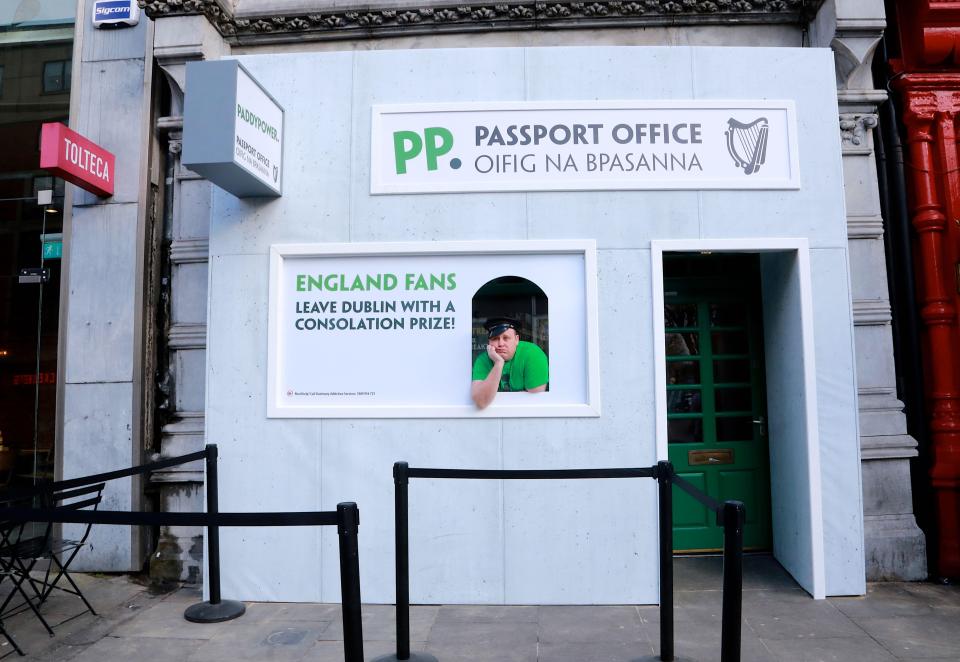 “Anyone know a company that can take a few big billboards down within 8 minutes?

Asking for a friend. “

Smug arrogance is never a nice trait. I hope Paddy Power has learned a lesson. 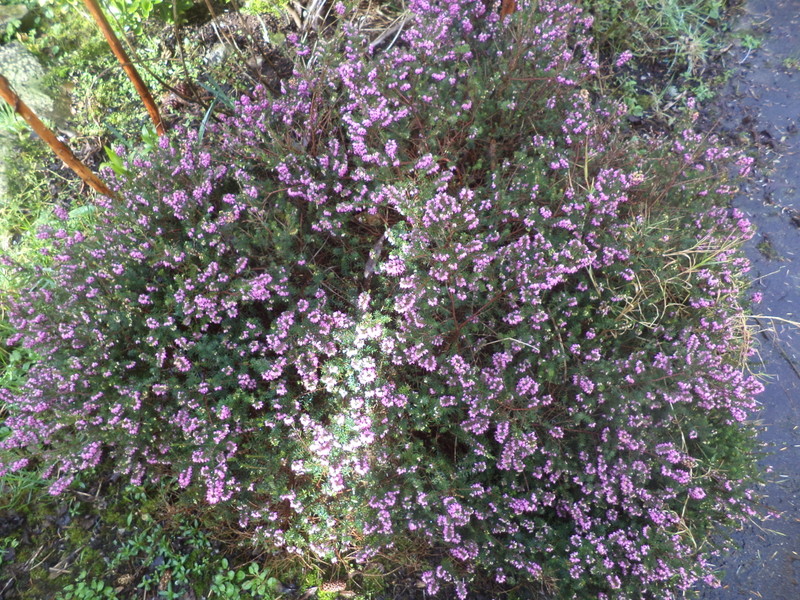 Now and Then on Church Street 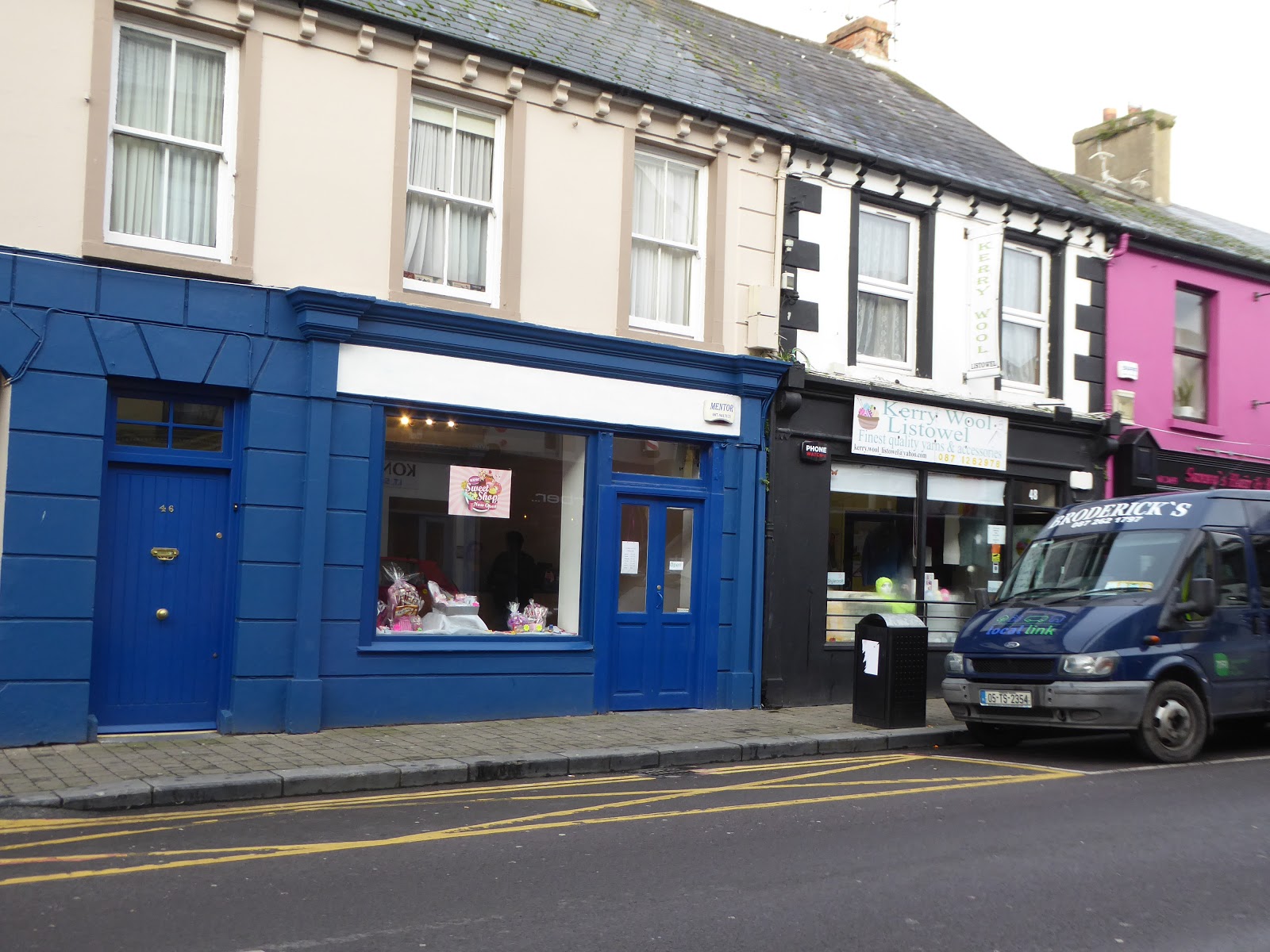 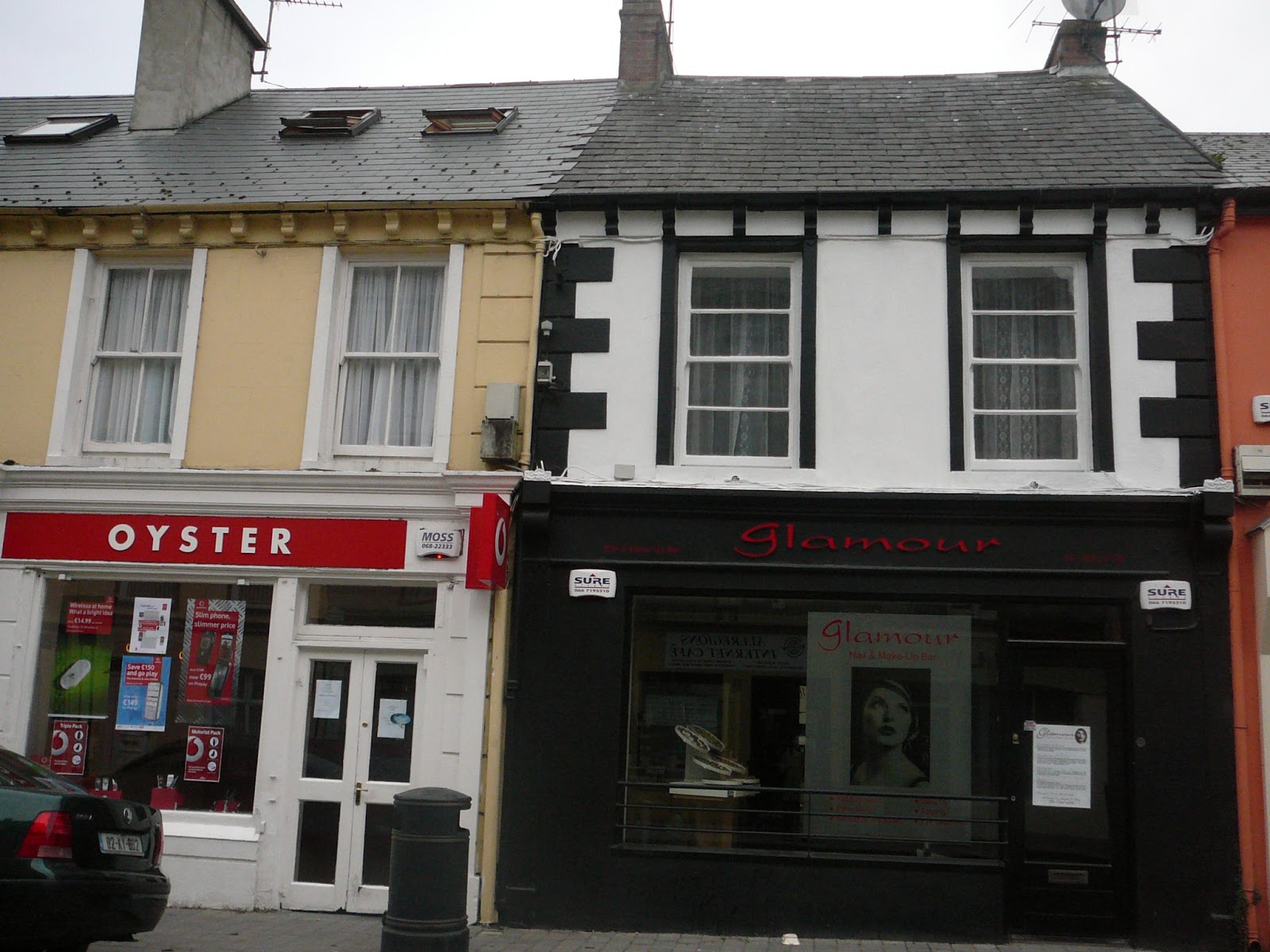 Oyster ( a mobile phone shop) and Glamour (now relocated to the Square) are now a sweet shop and Kerry Wool Shop.

Hanging Out at the Tennis Courts 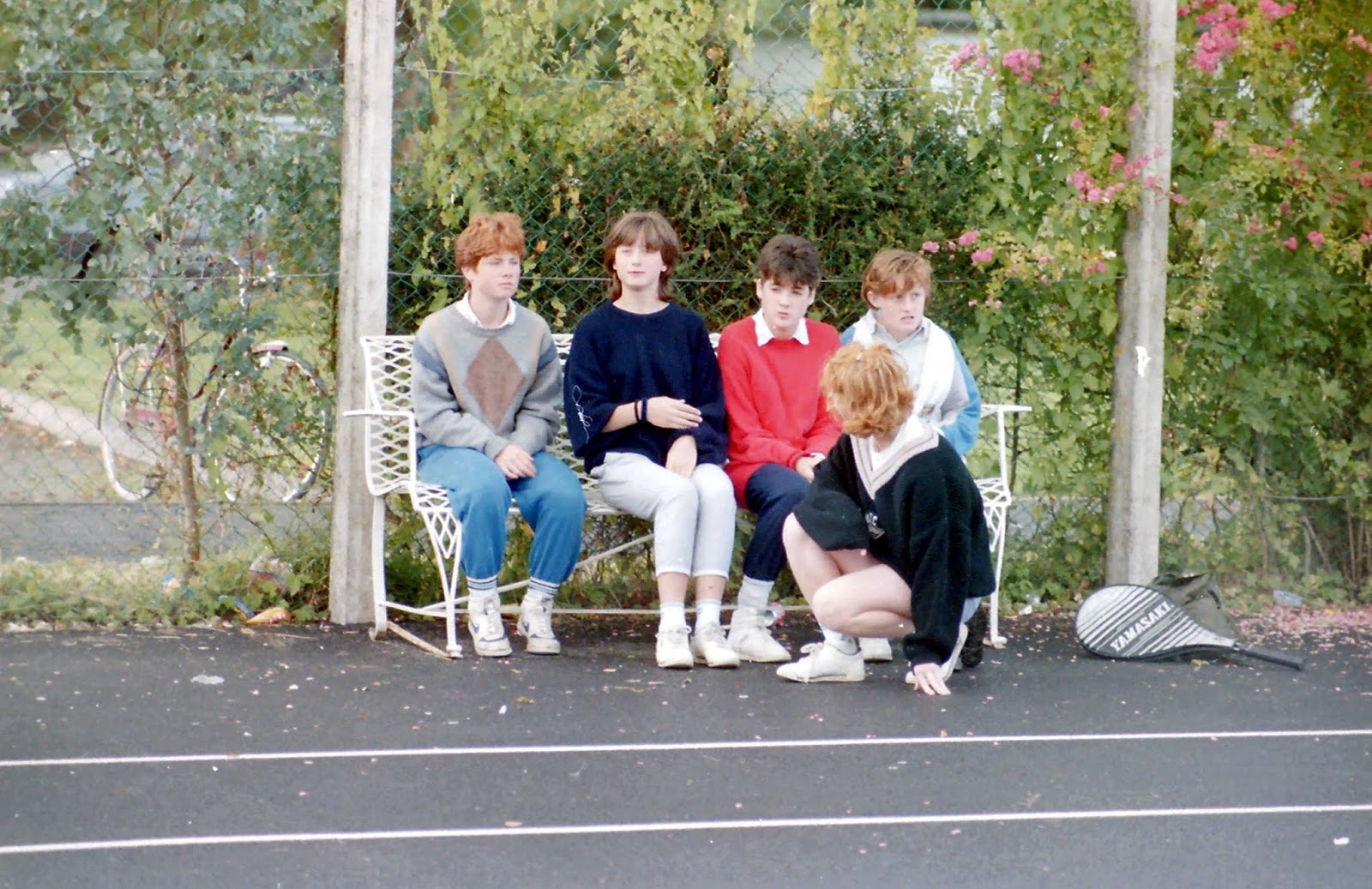 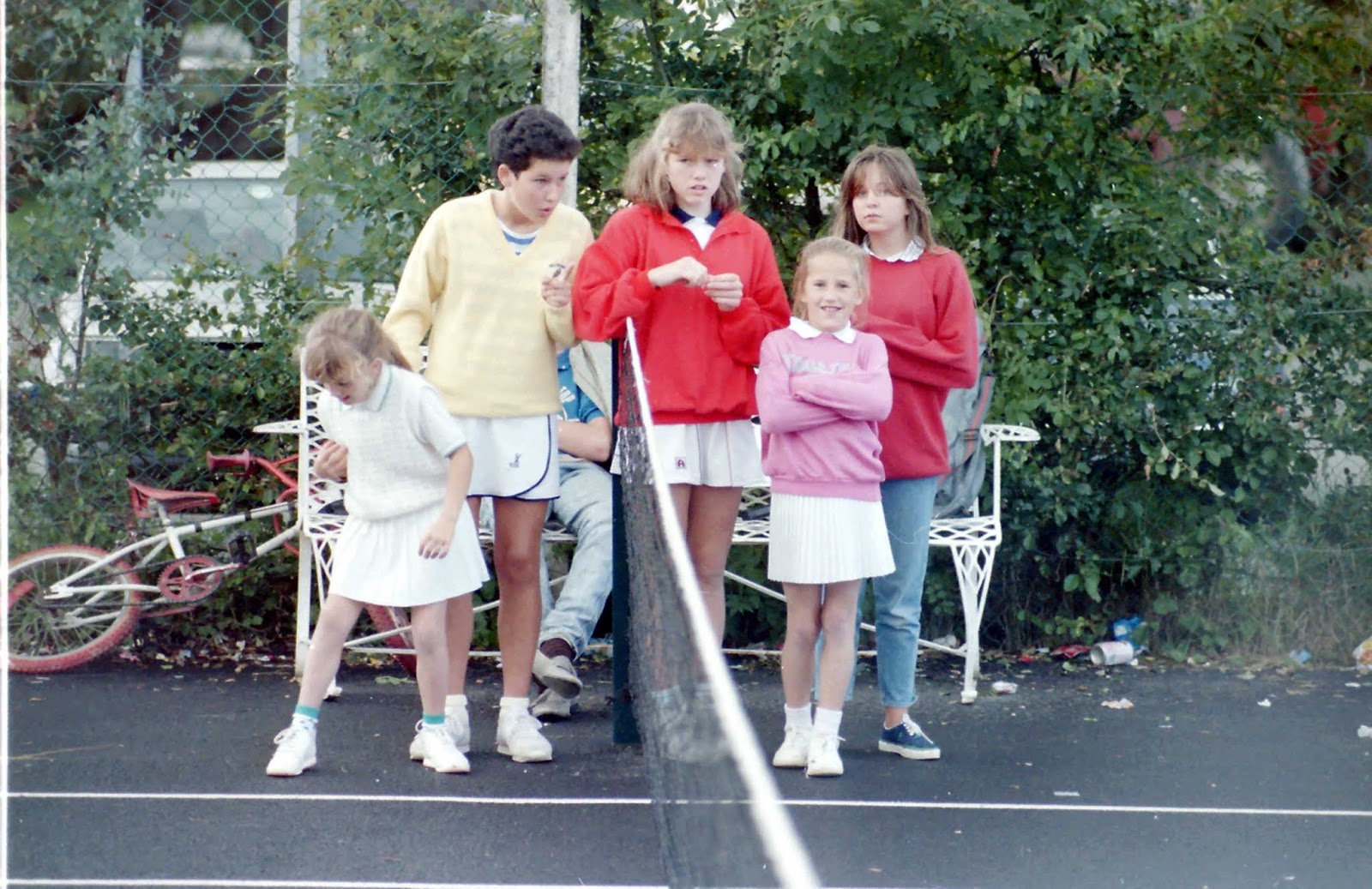 Listowel’s young people have always hung out at the tennis club. These youngsters in 1987 are watching a game in progress. Cyril Kelly remembers 1955 when the game wasn’t’t the only attraction on the courts.

Cyril’s essay was broadcast on Sunday Miscellany in 2018

Every year, when the Wimbledon circus rolls round, still vivid recollections came churning up from deep in the corduroy folds of memory. Far from the sophistication of strawberries and cream, these memories have a mossy redolence rising from Feale river stones, smells of fehlerstrom, buachalán buí and crusty cow pats, all the embalmed odours of the Cows Lawn, that commonage on the edge of town where the Listowel Lawn Tennis Club had its two grass courts, plus a dilapidated railway carriage which went by the exotic moniker of The Pavilion. The tennis club was like an exclusive compound of the Raj; it was enclosed by a chicken wire fence which separated the lower caste, namely urchins like myself, from daughters of merchants, bankers and ne’er-do-wells. Unfortunately, in such a setting, togged out in durable brown corduroy jacket and short corduroy pants made by my redoubtable milliner mother, pubescent infatuation was incapable of negotiating an invulnerable passage through the layers and feverish strata of puppy love.

In the nineteen fifties, mothers possessed an infallibility which was every bit as dogmatic as  that of Pope Pius XII. And if a boy had the temerity to question this God given right, such a heresy could always be dealt with by use of the wooden spoon, an implement of enlightenment which was often administered with ecclesiastical zeal. So, if a mother decreed that the local tennis club was off-limits, needless to mention, an explanation was neither asked fornor offered….. The ball alley was fine, and fishing for white trout was also deemed a healthy pastime, but the tennis court, where gorgeous young ones in tennis whites might be loitering, was, for mysterious maternal reasons, not granted an imprimatur.

And tossing the white fluffy ball into the air, left hand tapering gracefully aloft for a split second, right hand coiled behind her, blonde hair uncurling loosely onto her shoulders, she was, for one unearthly moment, a veritable Venus, poised on the opposite baseline. But then, with what seemed like satanic intent, she unleashed a swerving serve that flashed past my despairing lunge. Fifteen love, she piped that precious word once more as she sashayed to the other side and served again. 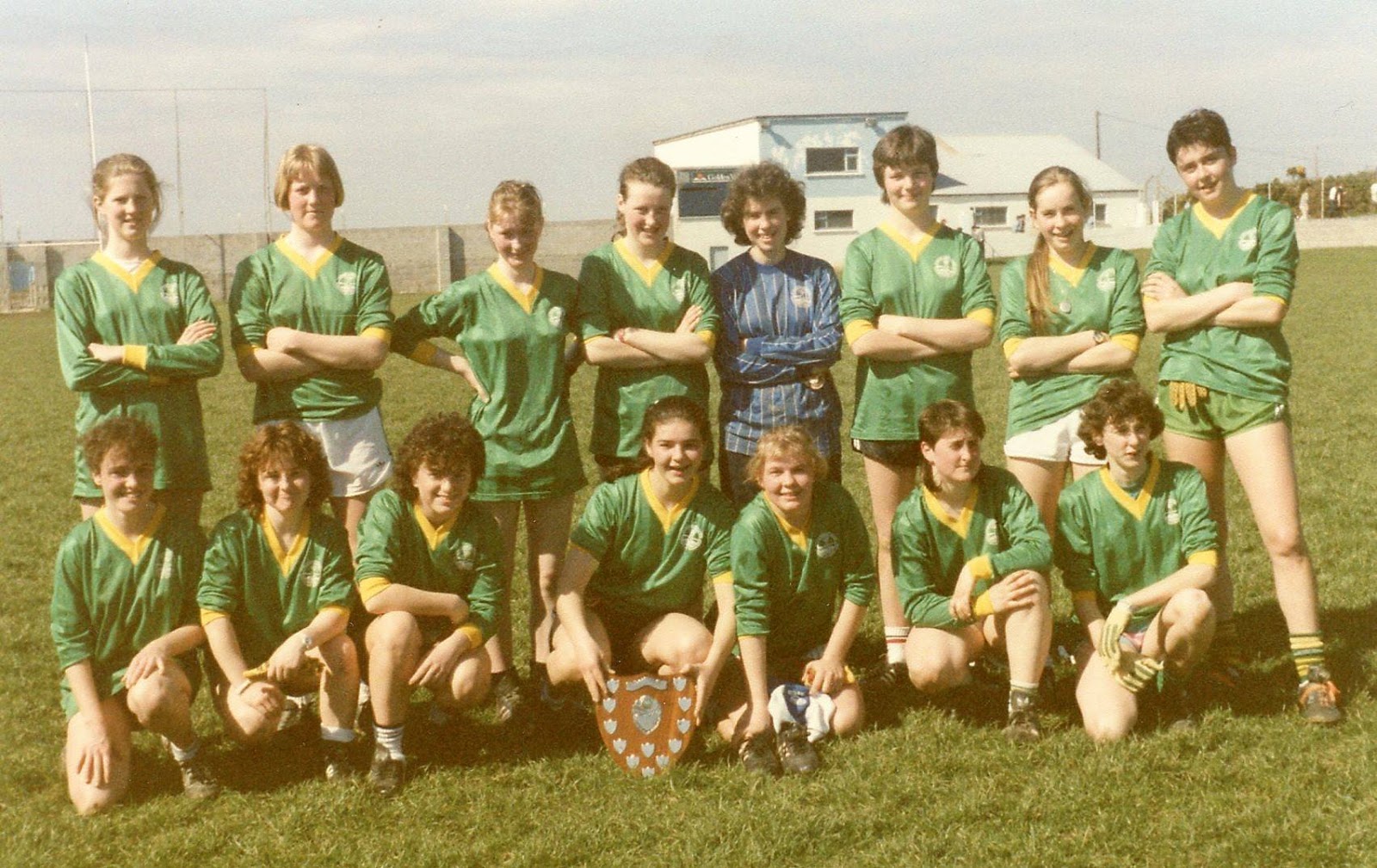