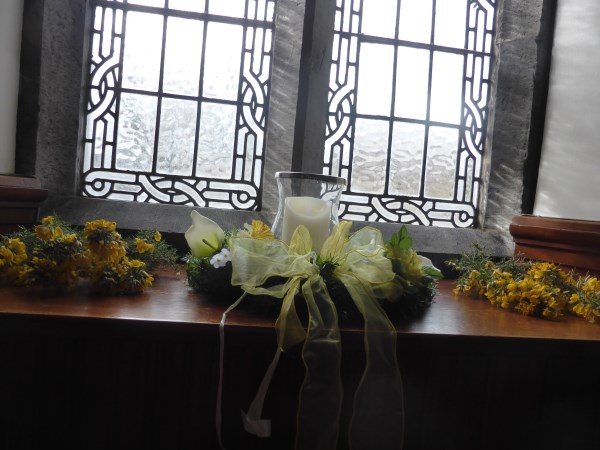 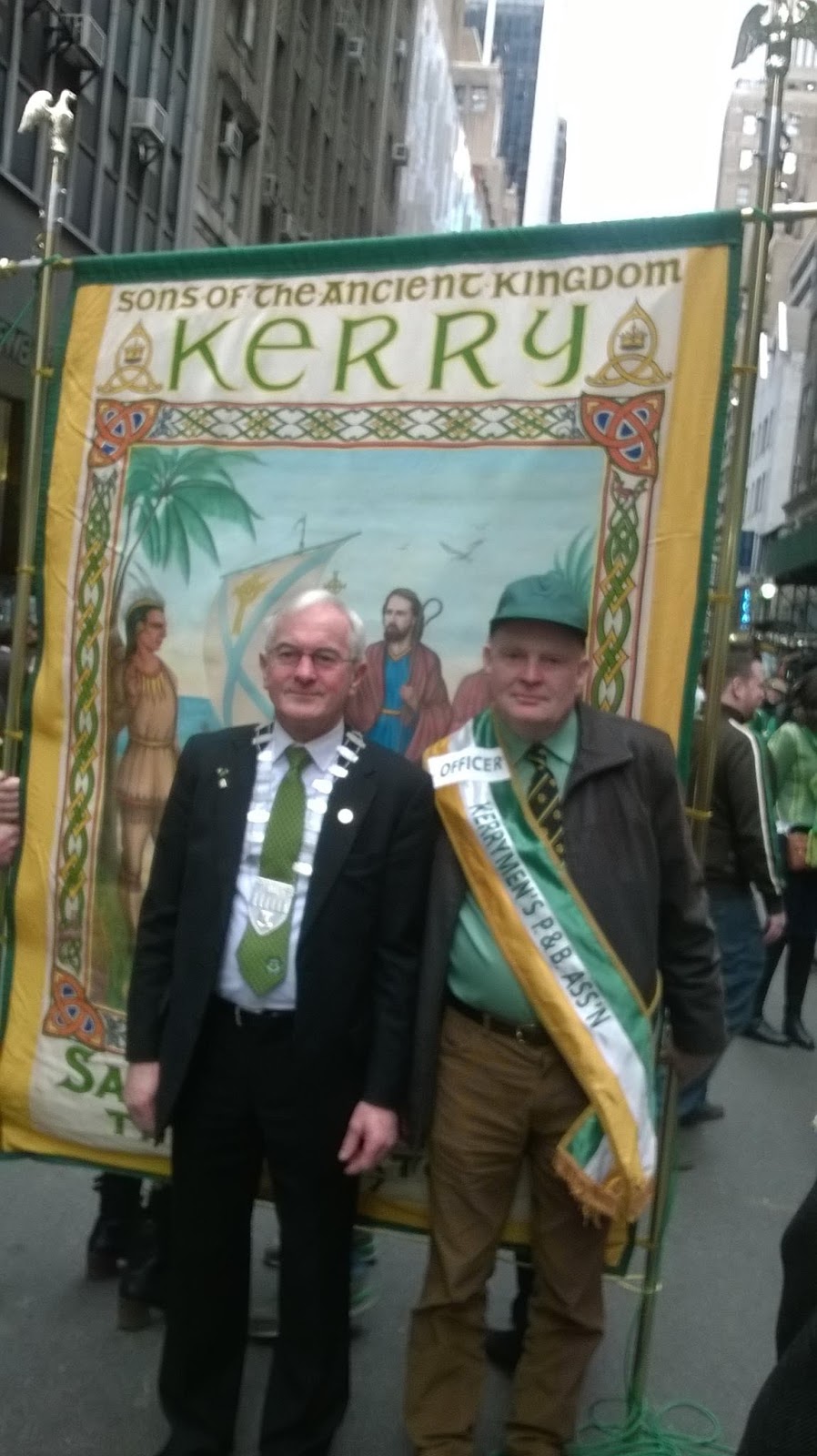 Denis Hegarty of Tullamore and Glin and the Mayor of Kerry on  5th Ave , NYC . 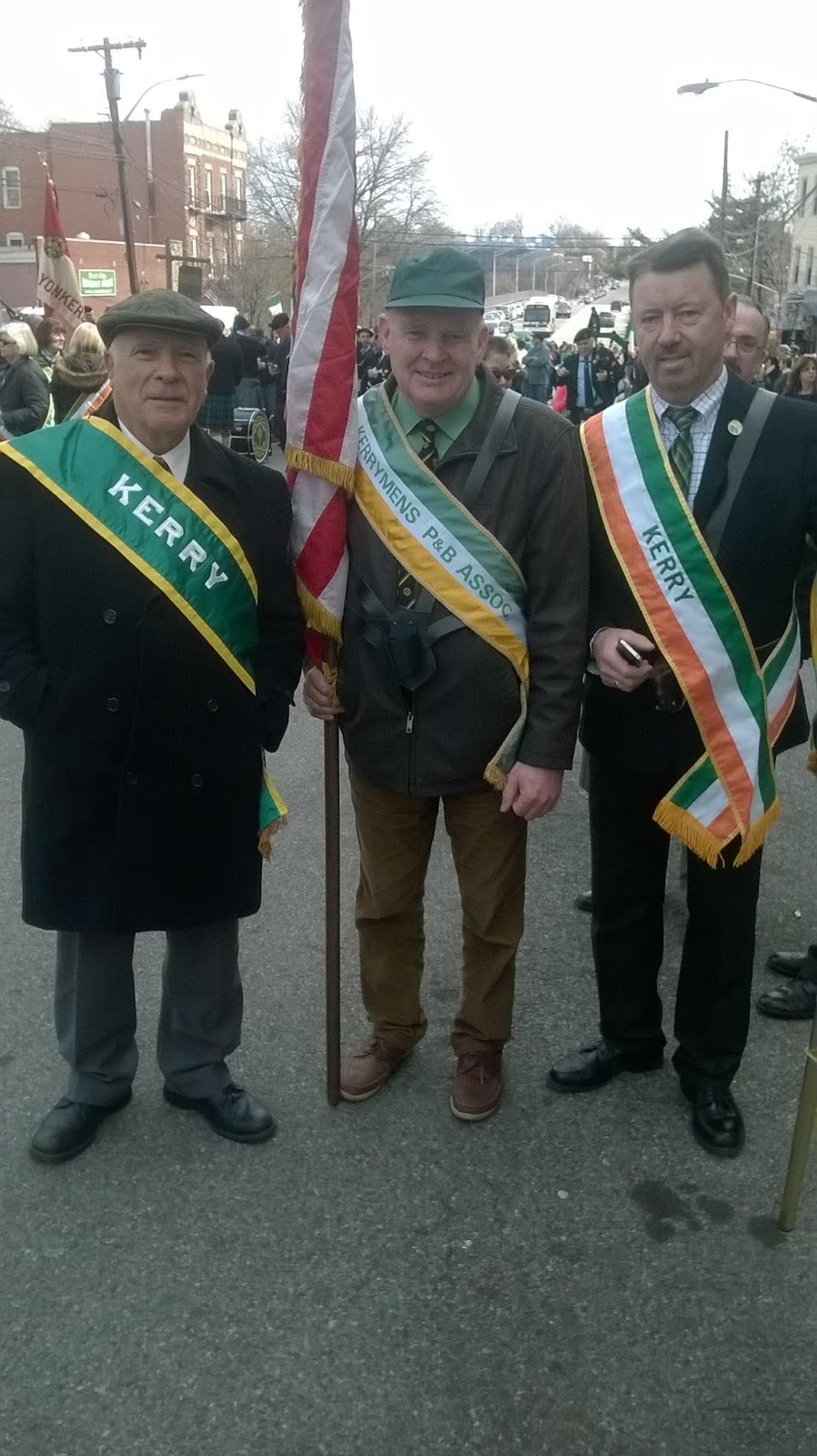 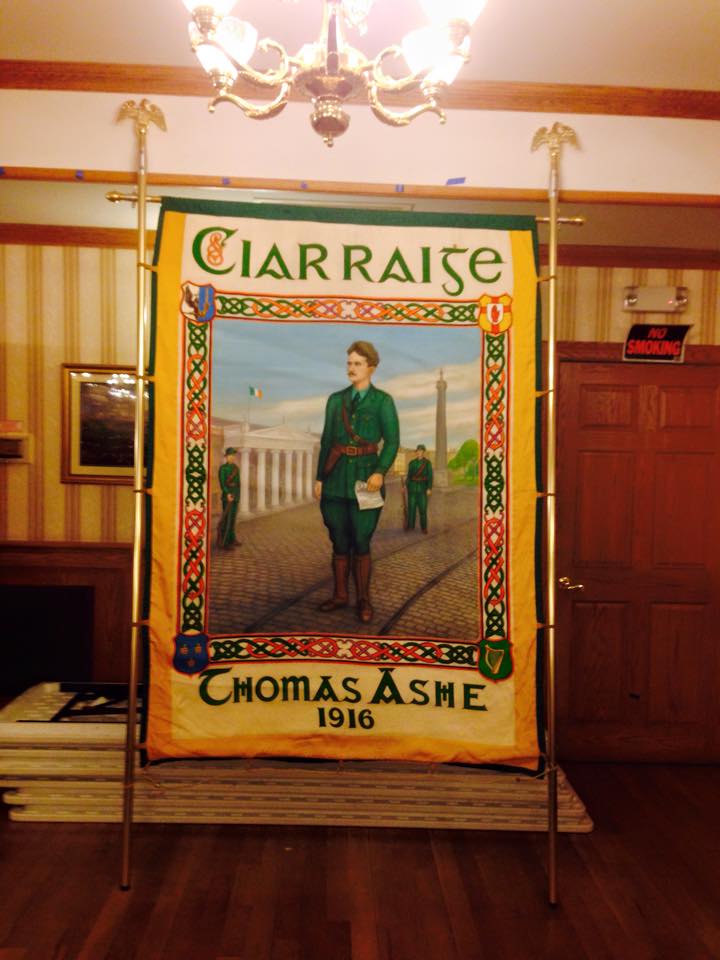 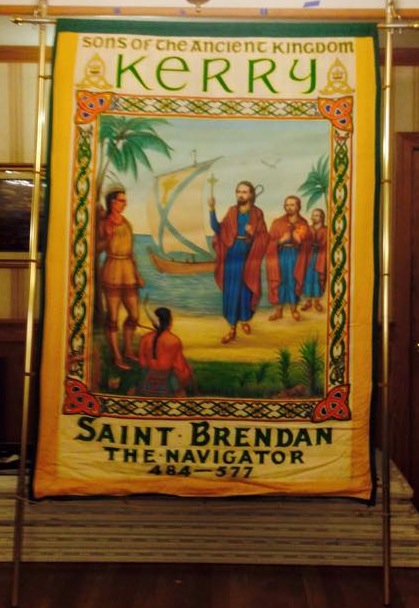 These photos were sent to me by Antony Hegarty, brother of Denis. The two above are photos of the two sides of the Kerry Association banner. One side in Irish features Thomas Ashe and the other side in English shows Saint Brendan. 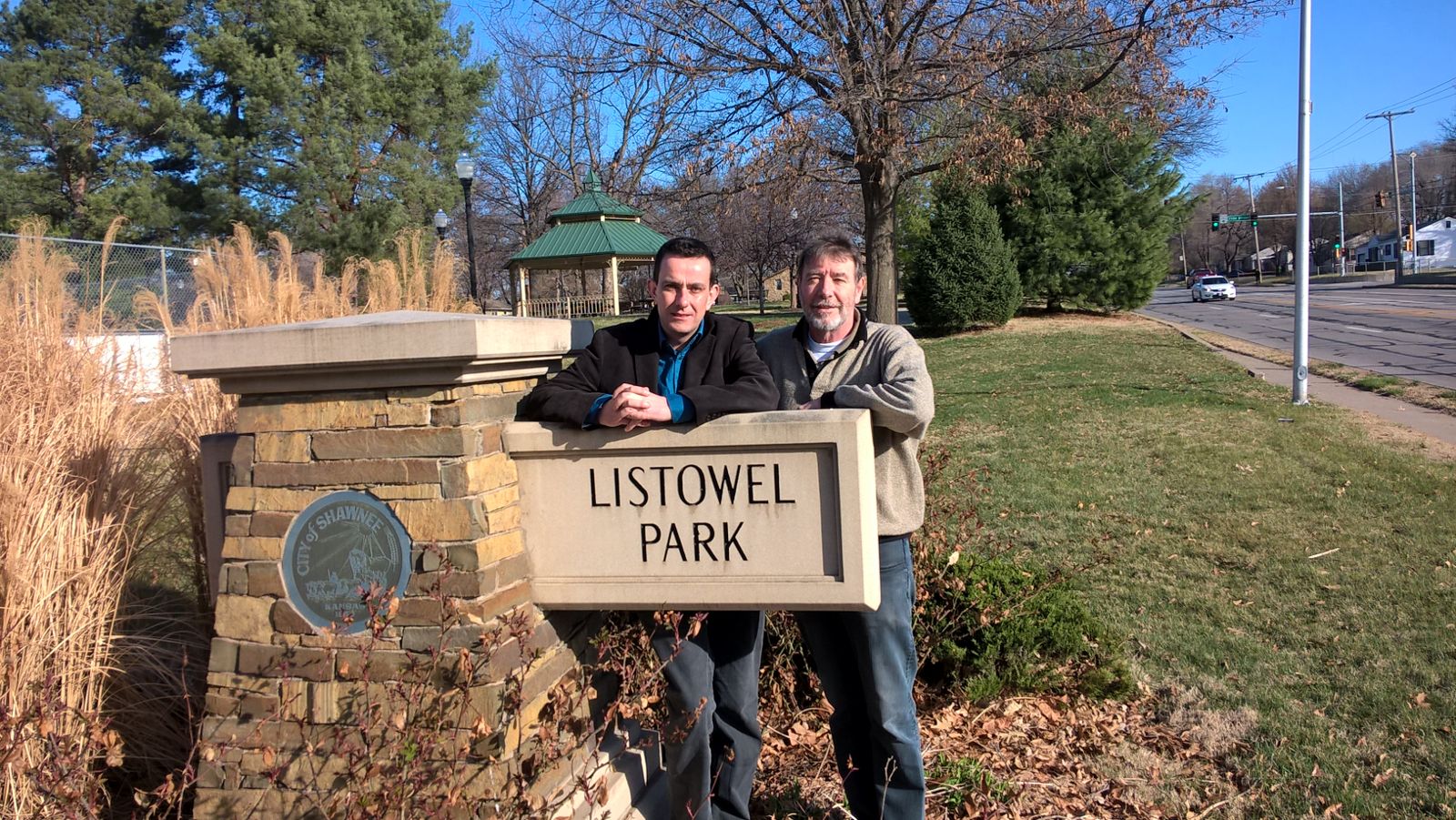 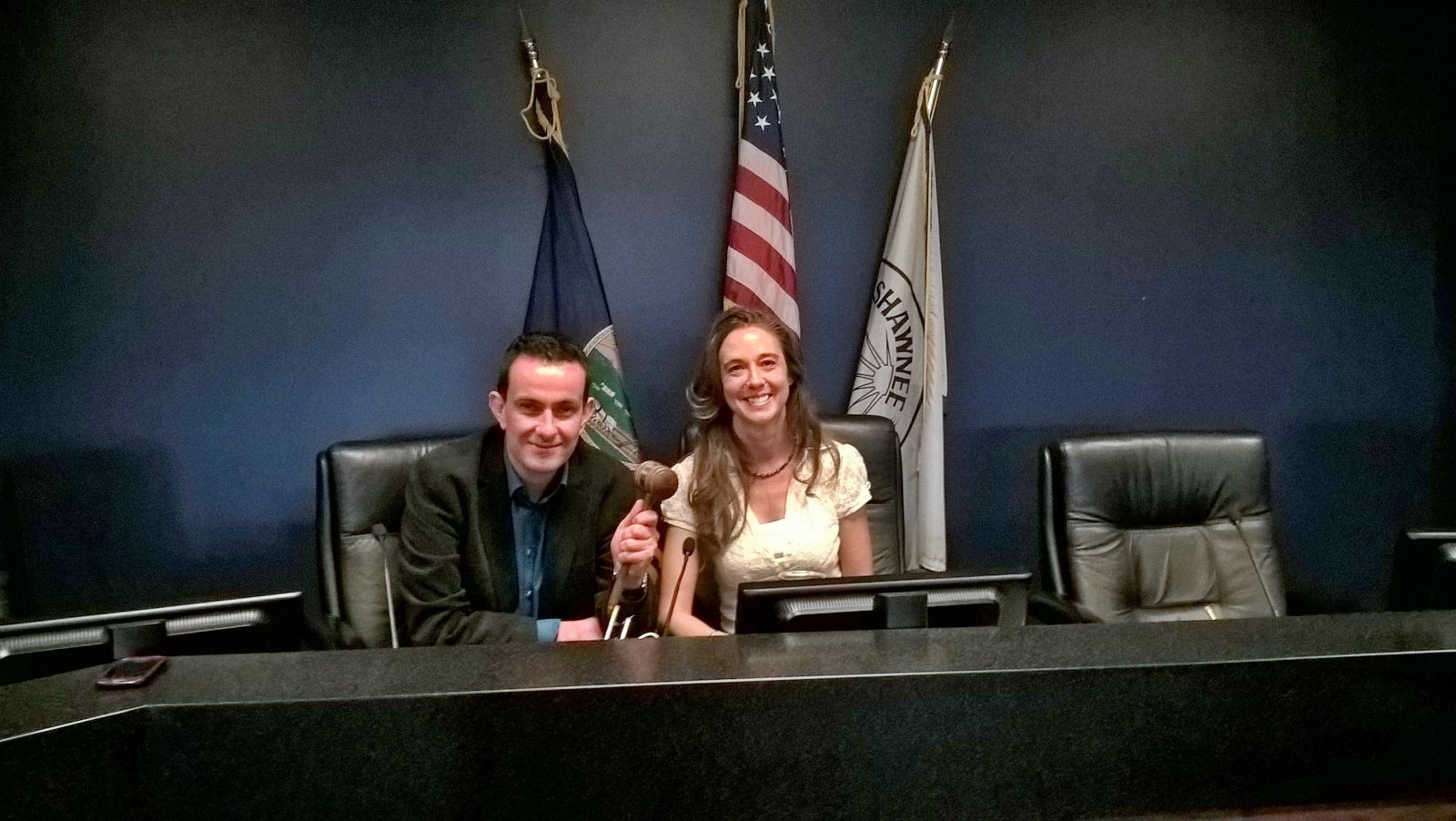 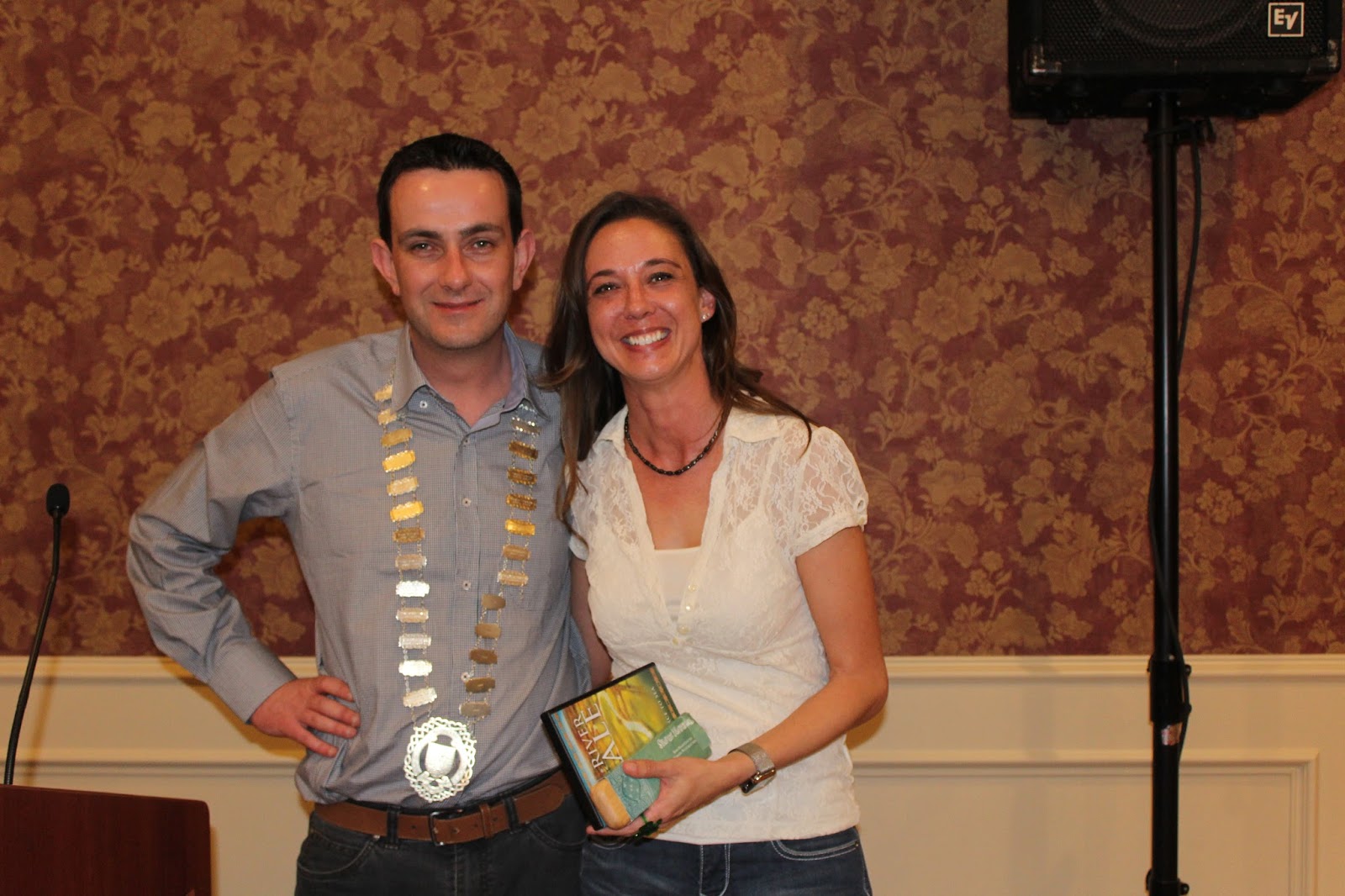 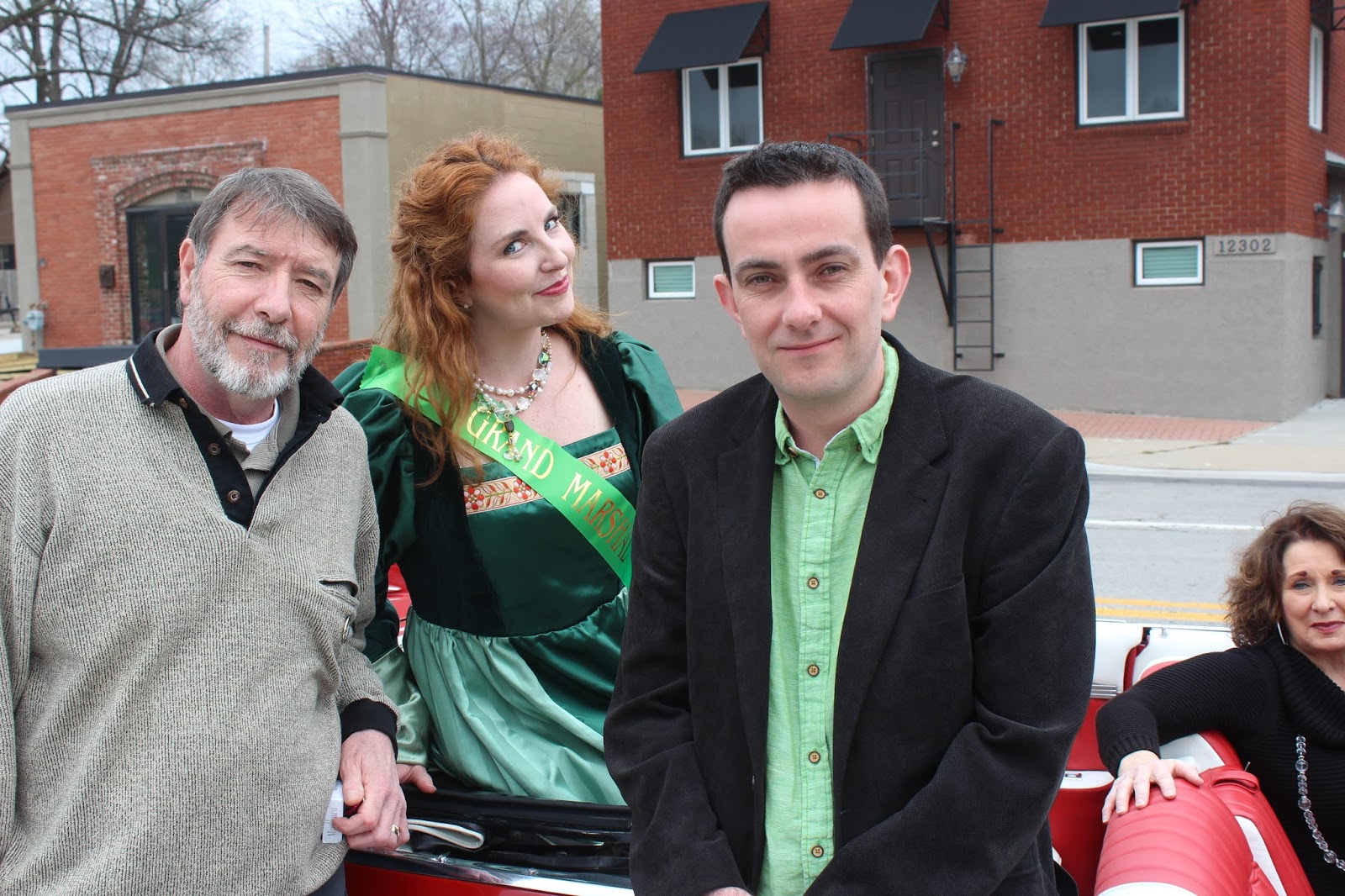 Damien Stack and Jimmy Moloney with Renee Kelly, Grand Marshall of the Shawnee parade. Renée is a resteraunteur and a contestant on the state’s equivalent of Masterchef. 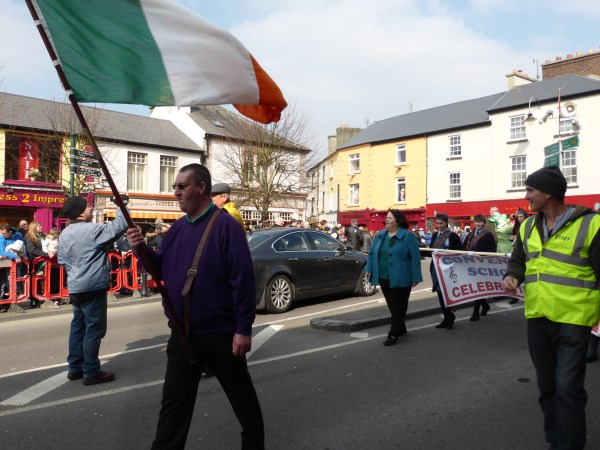 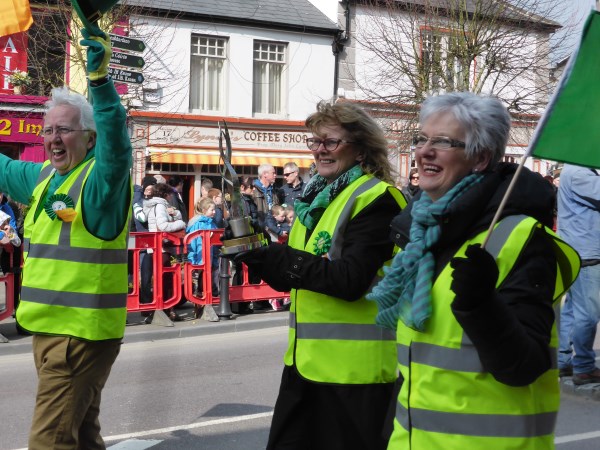 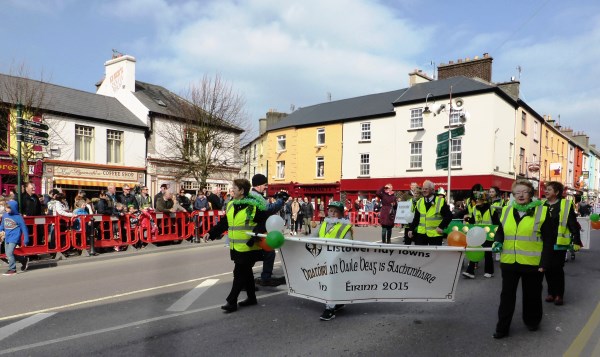 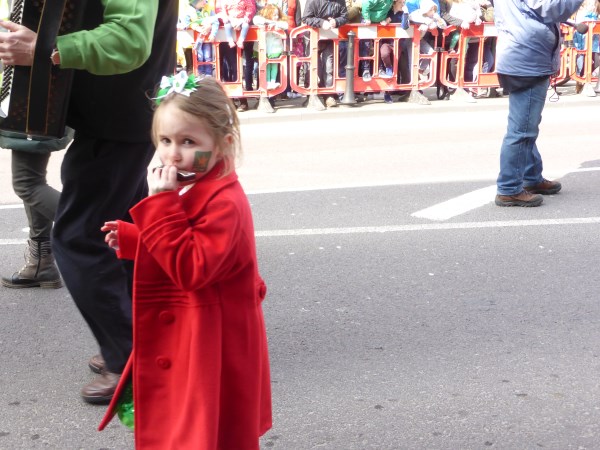 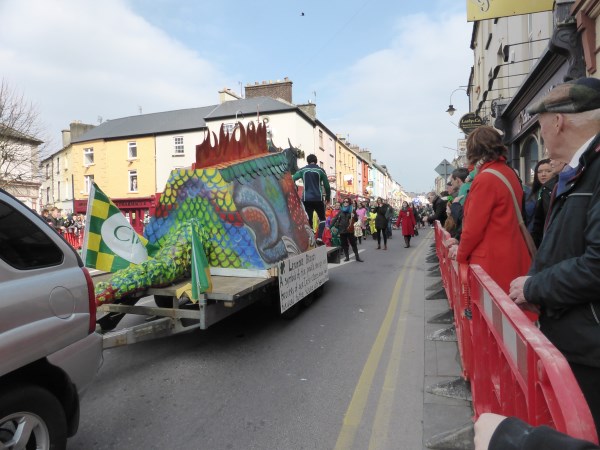 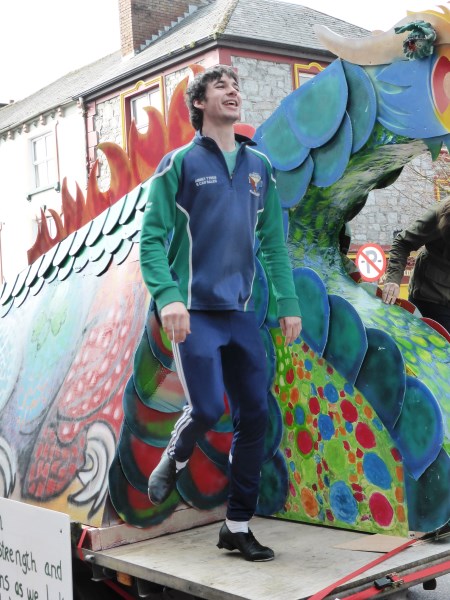 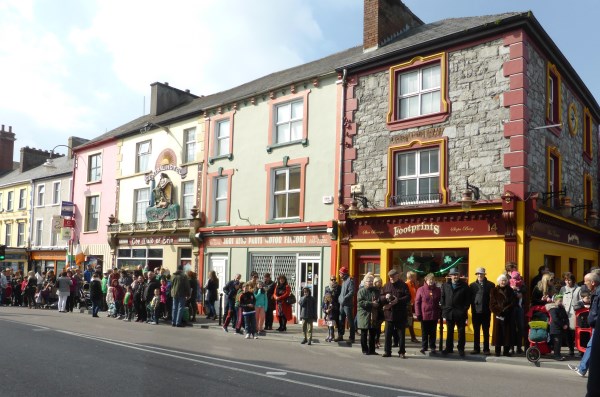 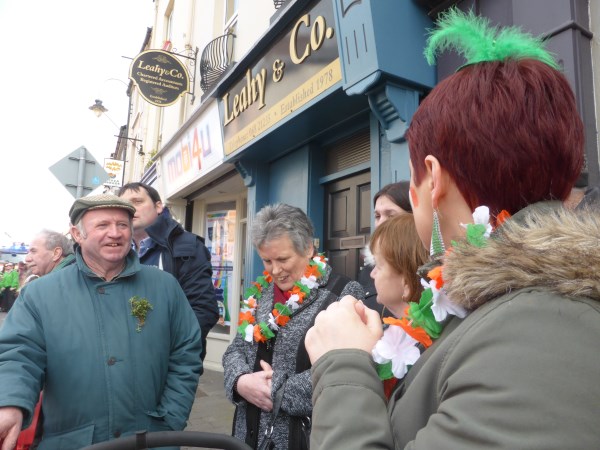 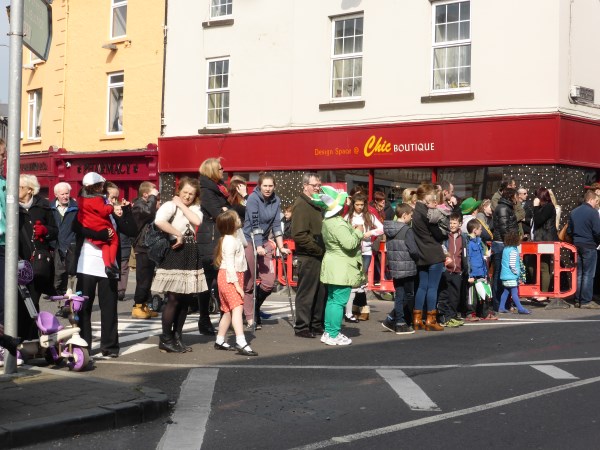 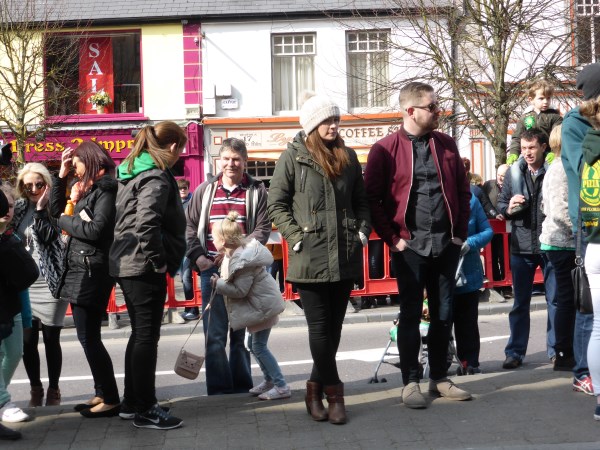 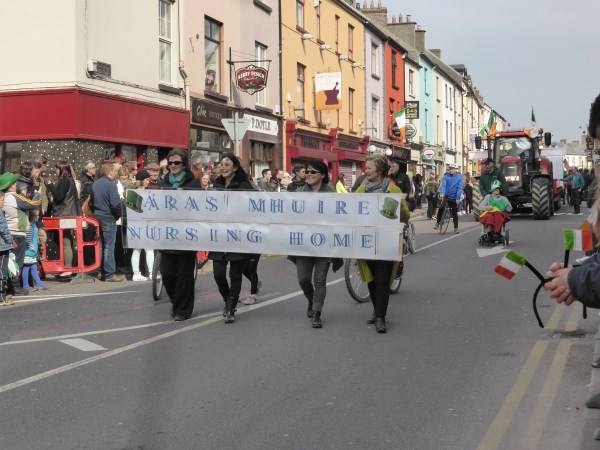 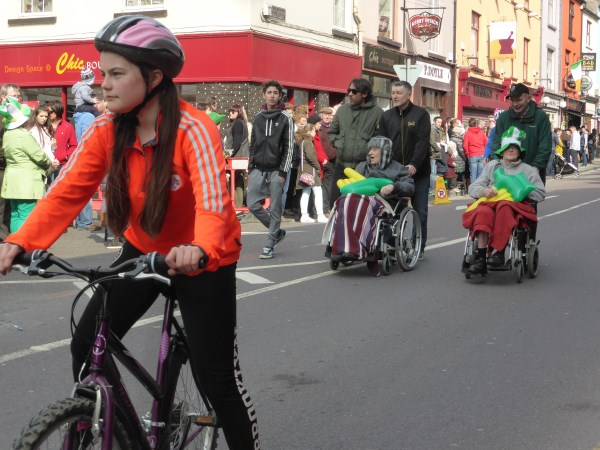 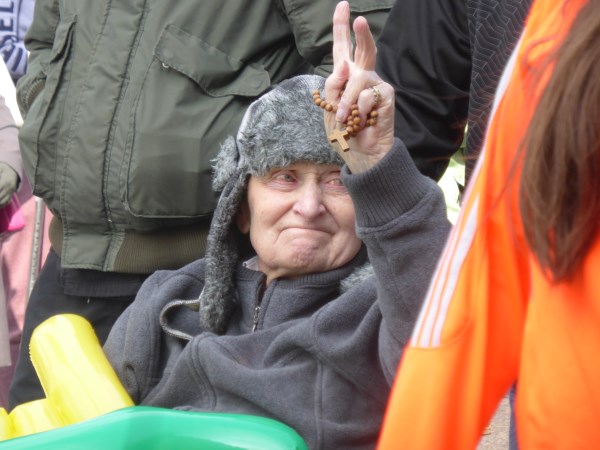 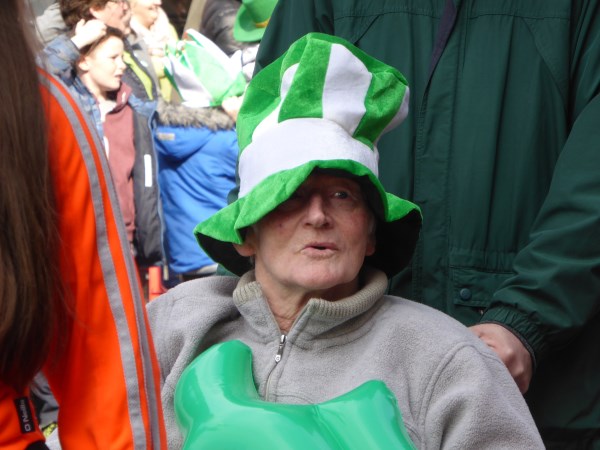 Occupations of people as stated in the British census of 1881 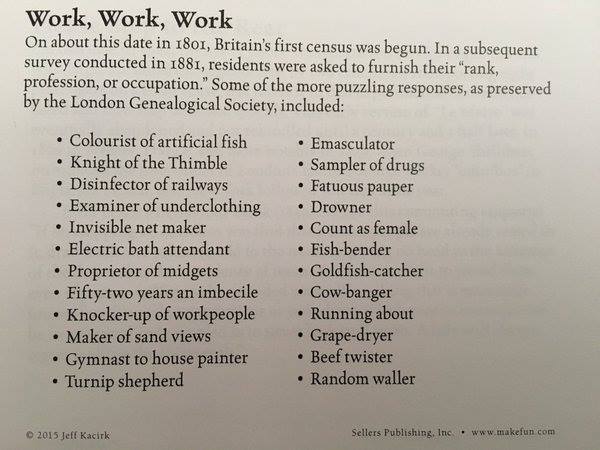 From an1881 London census some things people listed as occupation: “Knight of the Thimble,” “52 years an imbecile,” “turnip shepherd” — something tells me maybe folks didn’t take the census 100% seriously.  (Information from the internet)

It will be interesting to compare our 2016 census occupations

(Information from Ireland’s Own) 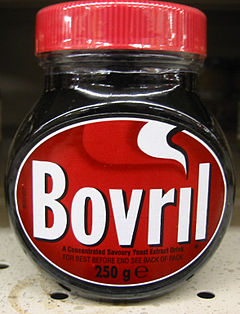 Bovril operated a distribution warehouse at Eustace Street, Dublin. In the aftermath of the Rising there were grave food shortages, caused mainly due to the forced closure of bakeries. Many Dublin people were starving. Bovril was distributed free to the citizens to ease their hunger.

2016 Easter Display at The Listowel Arms 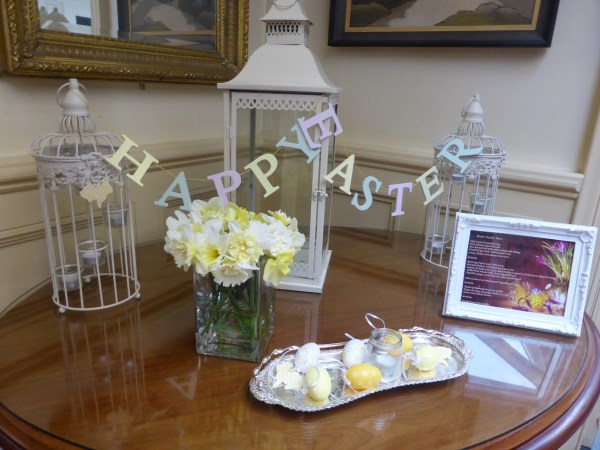