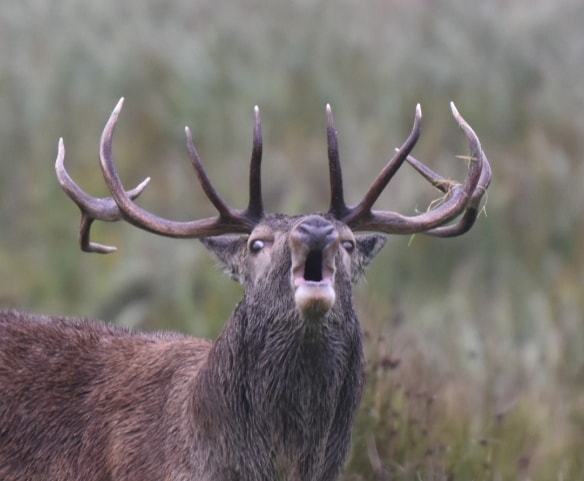 Of the sleeping city sidewalks, Sunday morning coming down.”

The streets are quiet in Listowel too on Sunday mornings. It’s a good time to snap the streetscape. The light wasn’t great on the morning I took my stroll so the photographs are a bit dark. 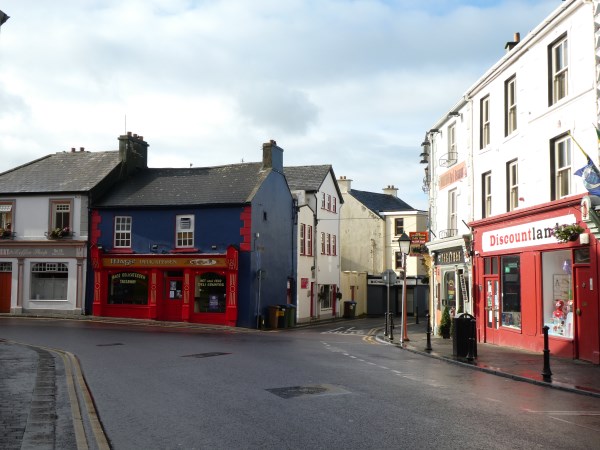 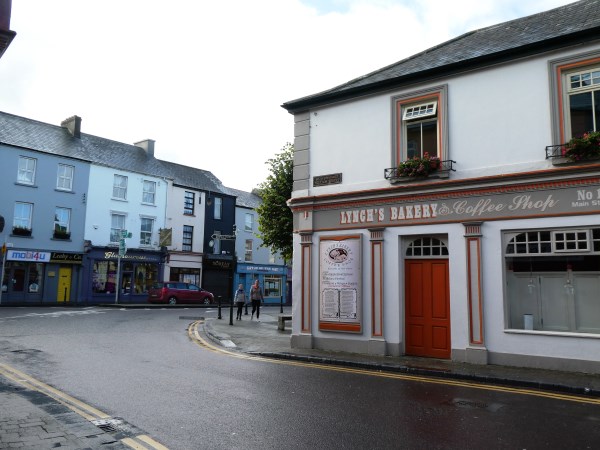 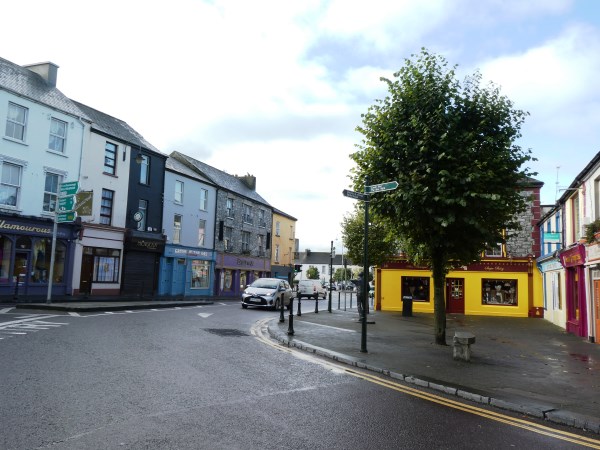 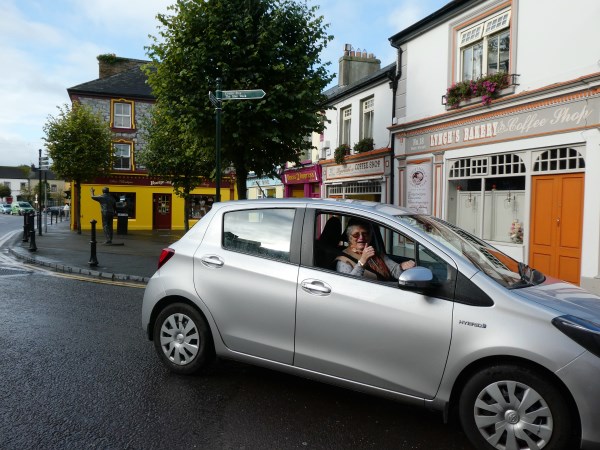 Eileen O’Sullivan was coming from mass. She stopped to offer a few words of encouragement.

Launch of The Personals

This book by RTE journalist, Brian O’Connell, is a look at the stories behind the small ads; the classifieds as we called them.

Brian bravely contacted the sellers of interesting items he spotted in his trawl through the small ads in the papers and on Done deal and he met with them and more often than not, got an interesting story.

The launch drew a a packed house with a few celebrities in attendance. 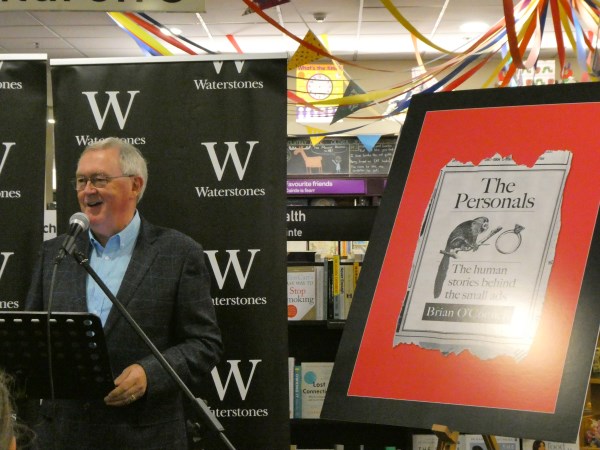 Seán O’Rourke told us a few tall tales of a great grandmother who regularly washed her burial shroud or habit and hung it out on the line to air it so that it would be ready whenever…. He told us of a mother who made sheets from flour bags, and he mentioned a few of the more unusual items for sale that Brian tells us about in The Personals. 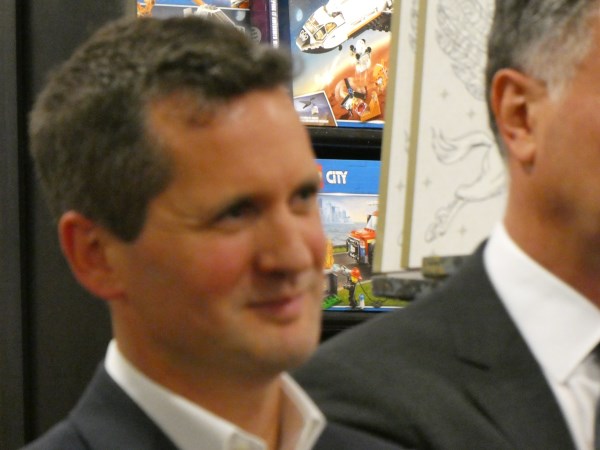 The author, Brian O’Connell watching on as his book is launched. 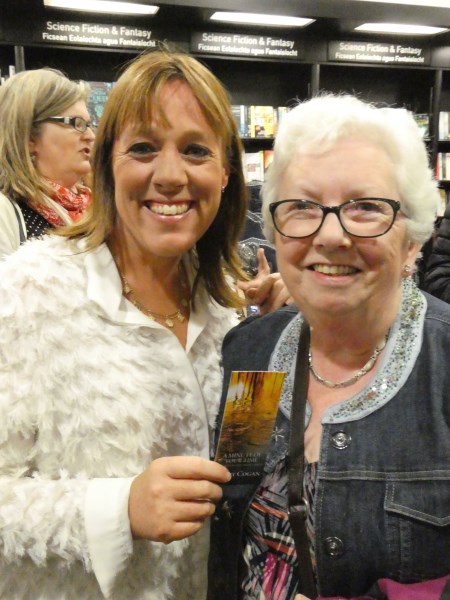 Will you look who I met. Evelyn O’Rourke is a colleague of Seán’s and Brian’s. She remembered our time making a programme for TG4 with great fondness. It was she who presented the programme where Julie Evans came from Australia to research her gr. gr grandmother who had left from the workhouse in Listowel under the Earl Grey Scheme. Below is the link to the story which was picked up by the makers of the Tar Abhaile programme. 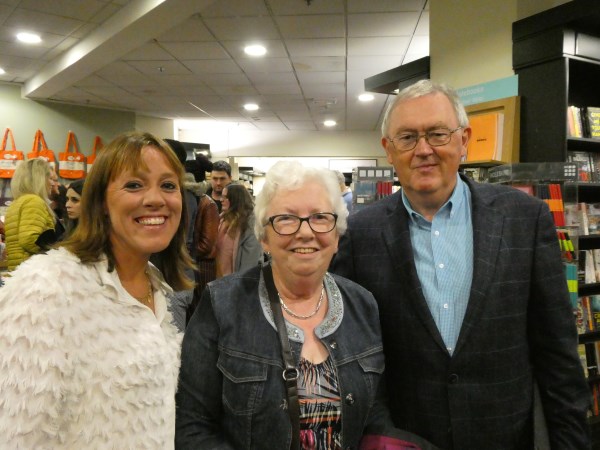 Me in  between Evelyn O’Rourke and Sean O’Rourke. 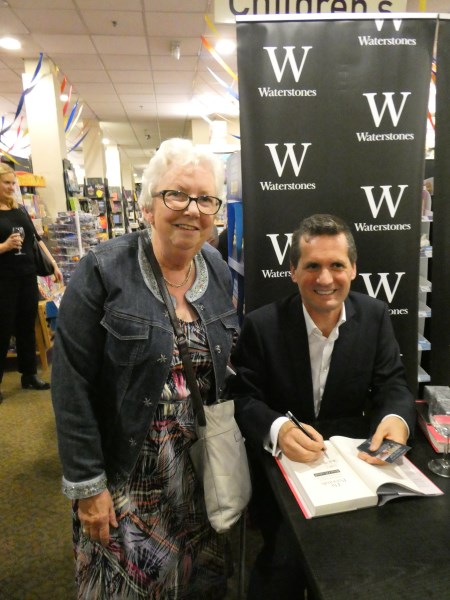 Brian O’Connell signing my copy of The Personals. Look what he has in his left hand. I invited him to the launch of A Minute of Your Time. You’d never know. He just might come.

This DVD has been years in the making. It was a labour of love for Jimmy Deenihan and a few more and I’m delighted it got such a good reception in The Listowel Arms on Sunday last and I am so sorry that I couldn’t be there.

John Kelliher took some great photos on the night. These are just a few, click on the link for more. 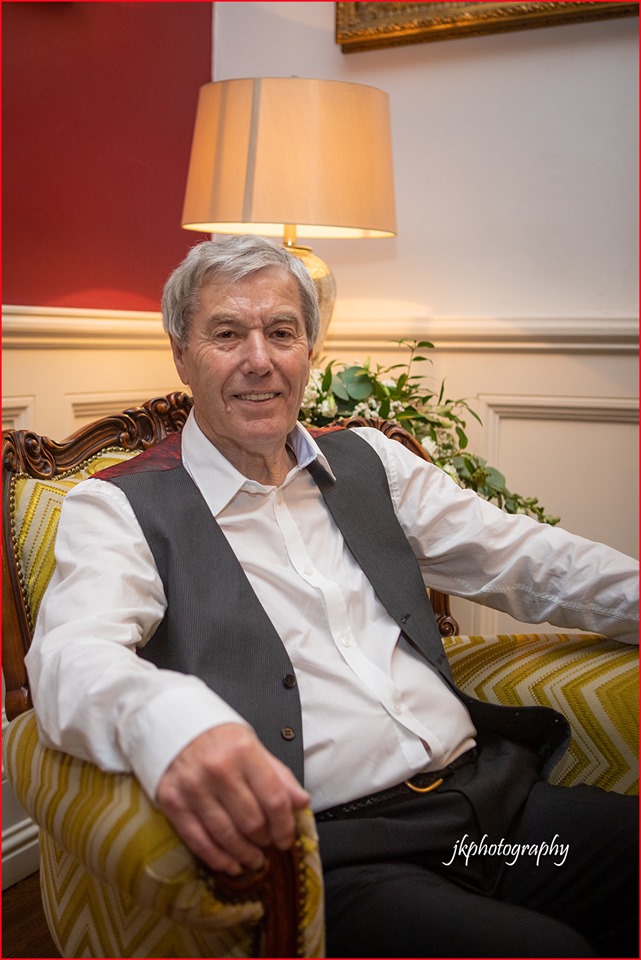 The man himself enjoying his big night. 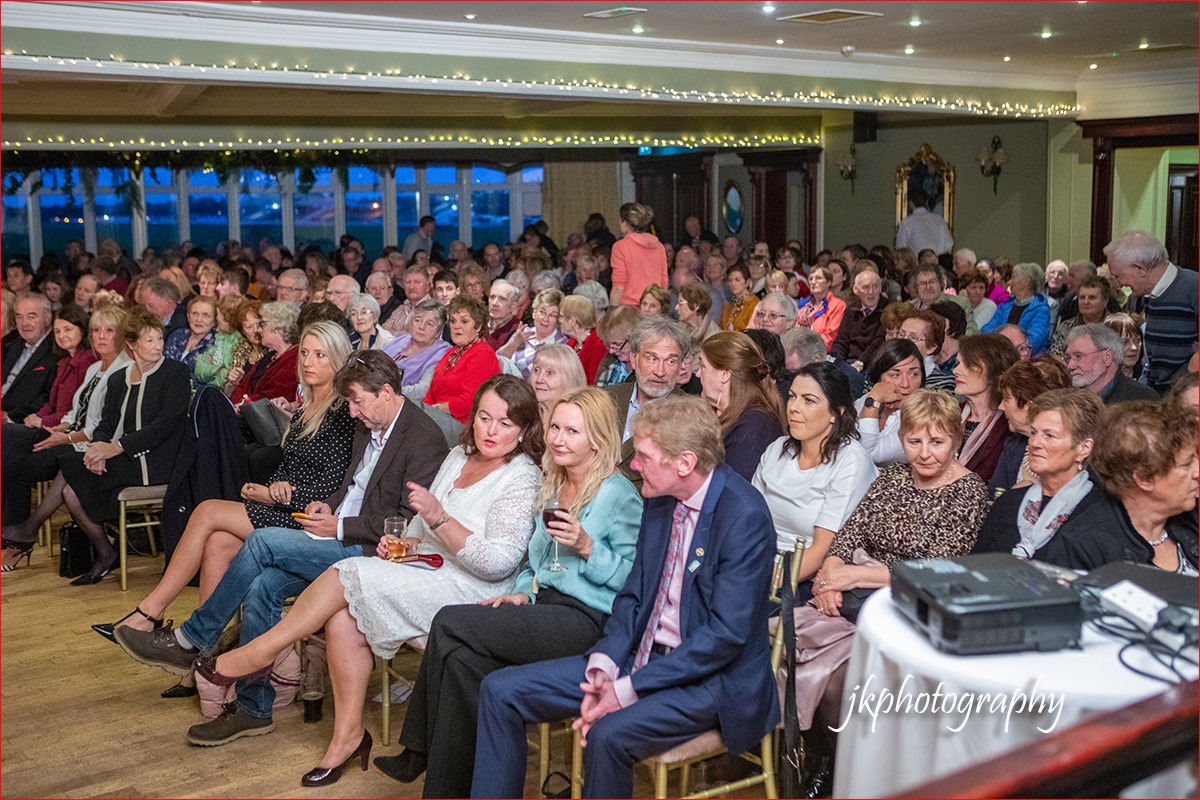 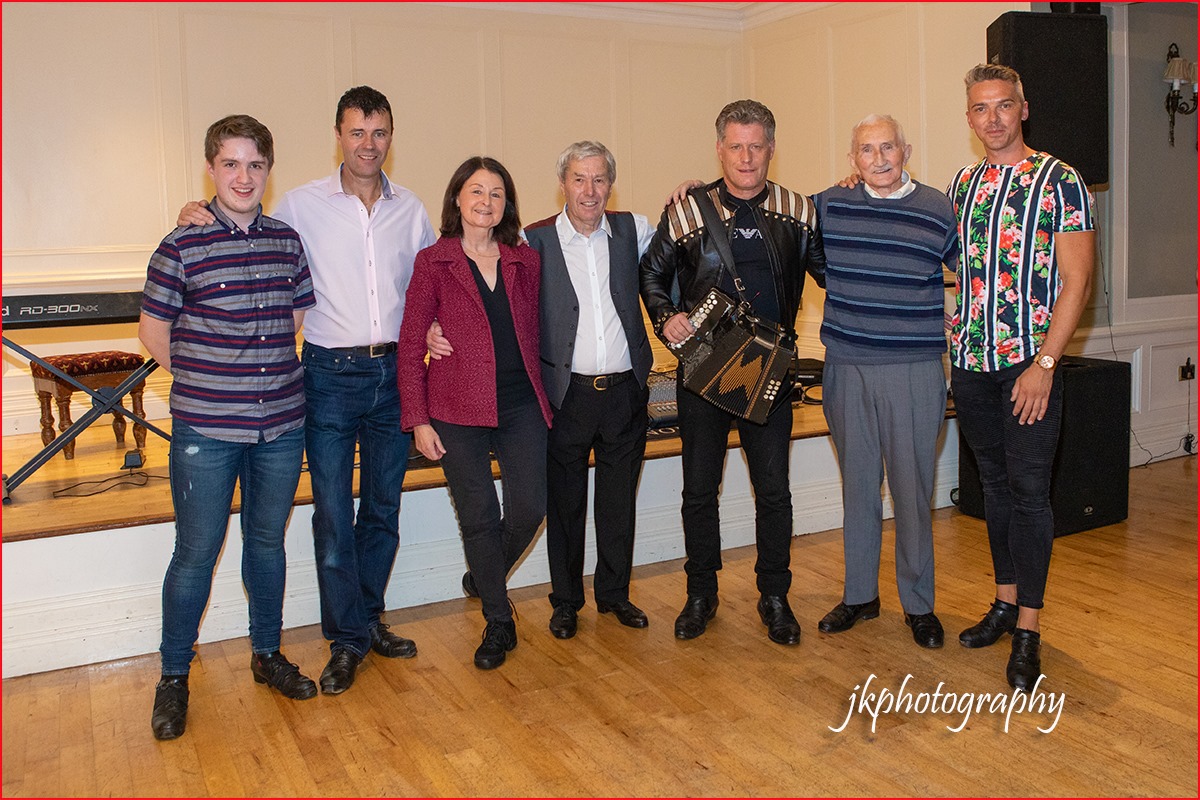 Jimmy in the company of his friends and fellow dancers with the North Cork music maestro, Liam O’Connor 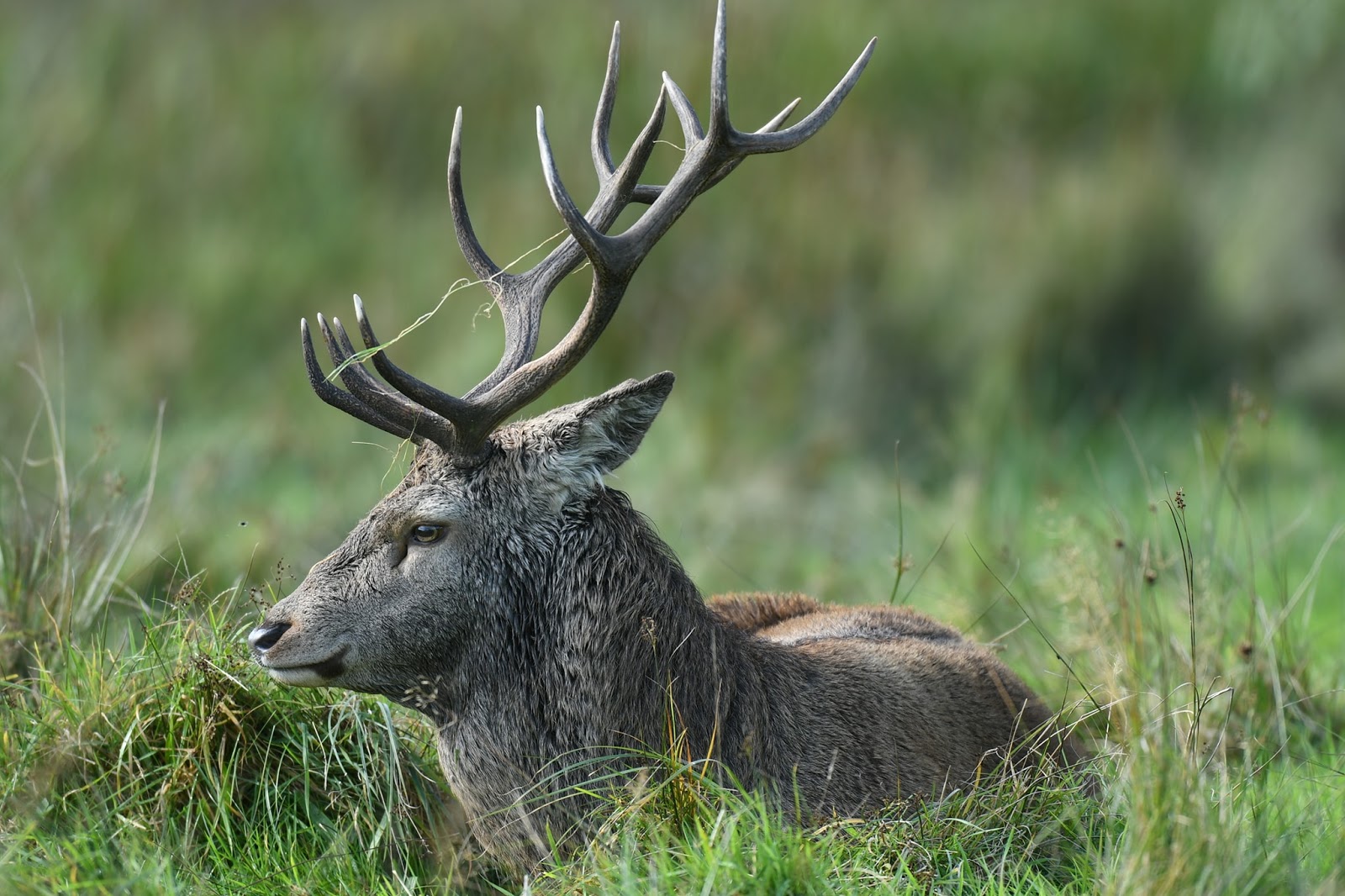 In a corner of Tralee known as The Island of Geese, because that’s what it once was, there is a lovely commemorative garden to the great Mons. Hugh O’Flaherty. 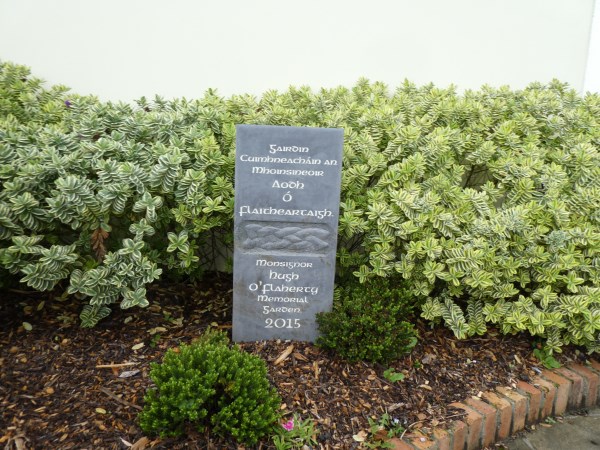 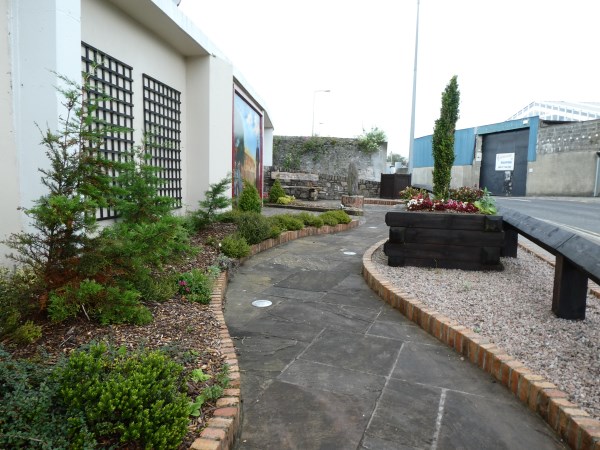 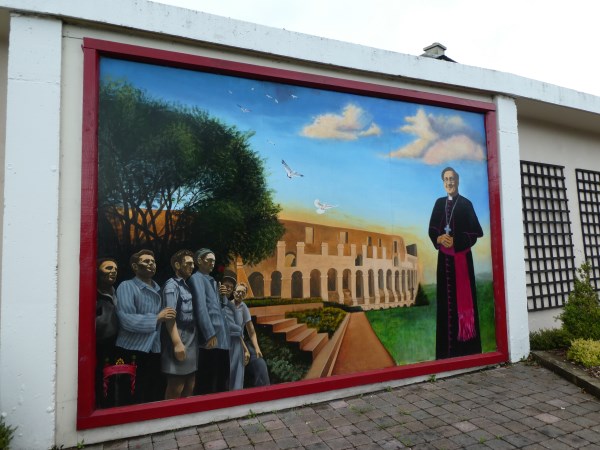 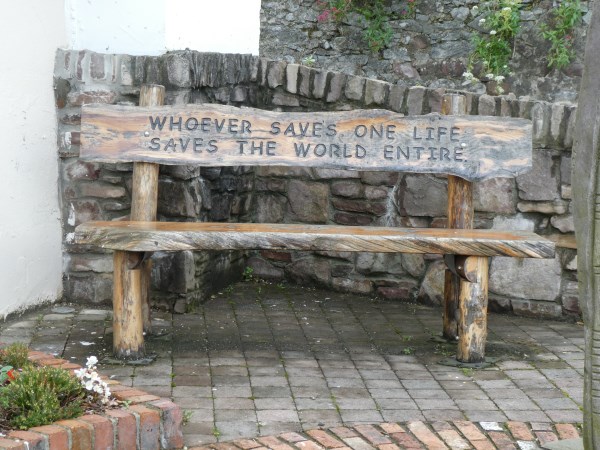 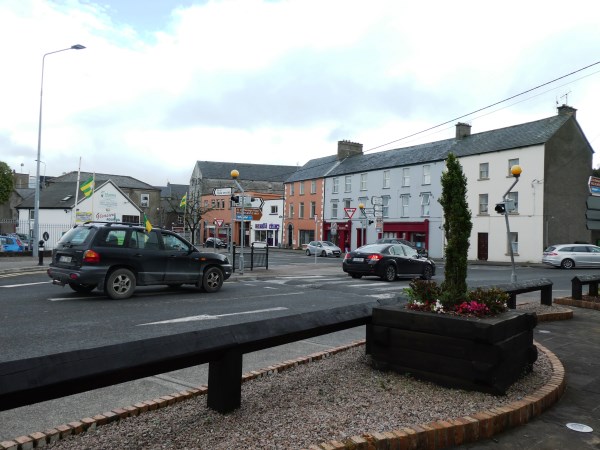 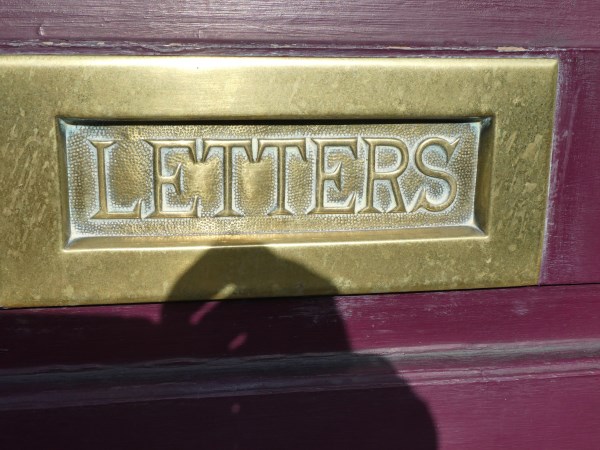 Here’s a riddle for you.

What do letterboxes, calendars, wall clocks and diaries have in common?

Answer: They are all on the way out.

No  one writes letters any more. 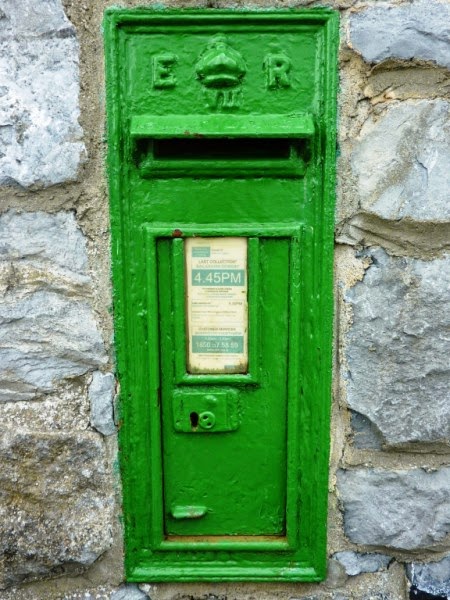 I was in a shop recently when a customer came in wishing to buy notepaper. Do you remember Basildon Bond, Ancient Irish Vellum, that sort of thing? well, the stationery shop didn’t have it. They don’t stock it any more. There is no demand.

I met the same lady a few days later and I asked her if she had succeeded in finding a shop that sold notepaper. She hadn’t.

Here are a few words from John B. Keane on the subject of letter writing from the introduction to an anthology of his famous fictional letters.

“I grew up in a time when there was no alternative to the letter as a means of communication, except, of course, in the case of emergency when the phone in the local barracks of the Civic Guards became an extreme resort. You may say why not a telegram! A telegram is a letter, a stunted one, shorn of embellishment, a sort of Beckett of the epistolary scene and often even more confusing, open to many interpretations, its length dictated by the circumstances or the generosity of the sender. Always less satisfactory than a letter, a telegram left too much to the imagination, often with harmful results. The letter might be slower, but it was safer. The letter writer could expand to his hearts content especially if he was romantically disposed towards the object of his calligraphy….”

You are all invited to join me for the hooley in St. John’s to launch my latest book.

By way of doing a bit of research on how the experts do book launches I went along to Waterstones on Thursday evening, October 3, the evening we didn’t get a lash of Lorenzo. 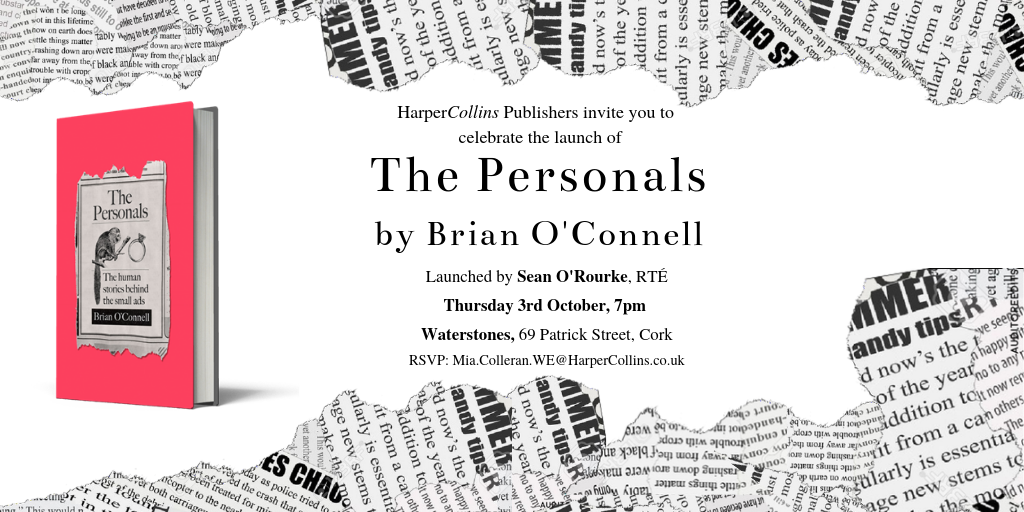 Brian O’Connell and I  had a few things in common…non fiction miscellany type book, radio personality to launch, book to sell. That’s about as far as I can stretch it.

Then I realised that I was planning a hooley. We’ll have nibbles and tea and singing and music as well as readings from the book.

Of course we’ll have the book to sell as well and I’ll be signing like billyo.

It will be the first book launch under the new artistic director of St. John’s. Let’s make it a night to remember.

Now back to Brian O’Connell’s book. It’s really good, the kind you dip into every now and again. It’s great to have in the car to read while you are waiting to pick up the children, by the bed for a quick read before you go to sleep. It is ideal for the doctor’s or dentist’s waiting room.

I read it in none of these places. I binged on it, cover to cover in a weekend. It’s full of human interest stories that draw you in. You may have seen Brian O’Connell on Nationwide with the man who was selling the hearse or read him in the Irish Times about the man and the dog.

The stories are often heartbreaking but kind of funny too.

If you are buying two books for Christmas, this would be a good one to buy as well as mine.