Today is the day when families in the U.S. traditionally give thanks. It might be a good time for us all to take time out and ponder a few reasons for us to give thanks.

The first Thanksgiving was actually celebrated in February 21 1621 when a band of starving pilgrims at Plymouth Rock were saved at the last minute by the arrival of a ship from Dublin, Ireland bearing food from there.

The Boston Post the largest circulation newspaper in the 1920 and 1930s discovered the earlier date for the Thanksgiving ritual and showed that the traditional date of the autumn of 1621 was actually incorrect.

According to the ‘Observant Citizen’ a columnist for the Boston Post the Pilgrims in the winter of their first year were starving and faced the end of the their project to colonize the new land when “a ship arrived from overseas bearing the much needed food.’

The Observant Citizen, because of anti-Irish prejudice refused to name it as an Irish ship but it was actually The Lyon and “its provenance and that of the food was Dublin Ireland.”

It turned out that from records at the Massachusetts Historical Society that the wife of one of the prominent Plymouth brethren was the daughter of a Dublin merchant and that it was he who chartered the vessel, loaded it with food and dispatched it to Plymouth.

The Observant Citizen whoever he was, never admitted the Irish connection even though a number of Irish organizations challenged him on the issue.

At the present time, the people of Long Island are trying to recover from the worst disaster that has ever befallen them. But back in 1836 another little known disaster befell 200 immigrants, mostly Irish, along this very stretch of shore. A monument in Lyndberg commemorates the sinking of the Bristol and Mexico, ships carrying unfortunate people hoping to escape the poverty and deprivation at home to make a better life in the U.S.  Coffin ships indeed! 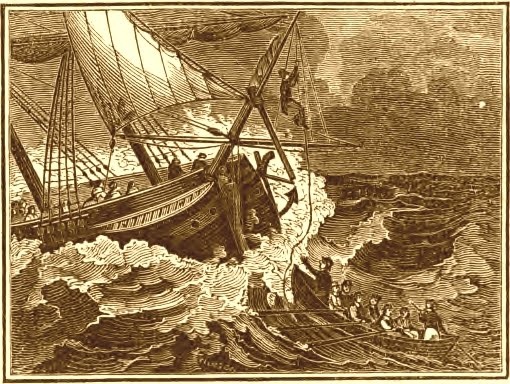 The BRISTOL was an
American ship nearly new, manned by a crew of 16 officers and men, having 100
passengers, about 90 of whom were in the steerage. She sailed from Liverpool,
Oct. 16th, 1836, and arrived off the Hook, Nov. 20th. Not succeeding in obtaining
a pilot, she was driven, on the 21st, by a violent gale, upon the Rockaway
shoals, a few miles west of the Marine Pavilion, and half a mile from the
shore. The roughness of the sea, by the continuance of the gale, rendered it
impracticable to afford any assistance from the land, till after midnight of
the 22nd, when a boat from the shore succeeded, at imminent peril, in rescuing
32 individuals from a watery grave. Of course 84 perished, of whom 3 were cabin
passengers, and the residue emigrants and seamen.

The MEXICO was an
American Barque of 300 tons, manned by a crew of 12 men including officers, and
having on board 112 steerage passengers, as ascertained from her papers,
certified by the Collector at Liverpool. She left Liverpool Oct. 23rd, 1836
only a week after the Bristol, but did not arrive off the Hook till the 31st of
December. Not being able to find a pilot, she stood off to sea; but on
returning to the Hook on the 2nd. of Jan. and attempting to enter the Bay, she
was driven on Hempstead Beach, about 10 miles east of the spot where the
Bristol had been wrecked. The weather being intensely cold, and the waves
constantly breaking over the vessel, the most of the passengers and crew
perished in the succeeding night. On the following day, a boat from the shore
succeeded in reaching the vessel, and rescued the captain, 4 passengers, and 3
of the crew, who dropped from the bowsprit. The boat was unable to return, and
the few survivors were necessarily left to their fate. The whole number that perished
was 116.

On the 11th of Jan. 43 bodies were buried at
the place where the monument is erected, and several others that were
afterwards recovered. A few of the bodies were recognised and taken by friends
for burial elsewhere.

The whole number that perished from these two
vessels only 7 weeks apart, was 200. 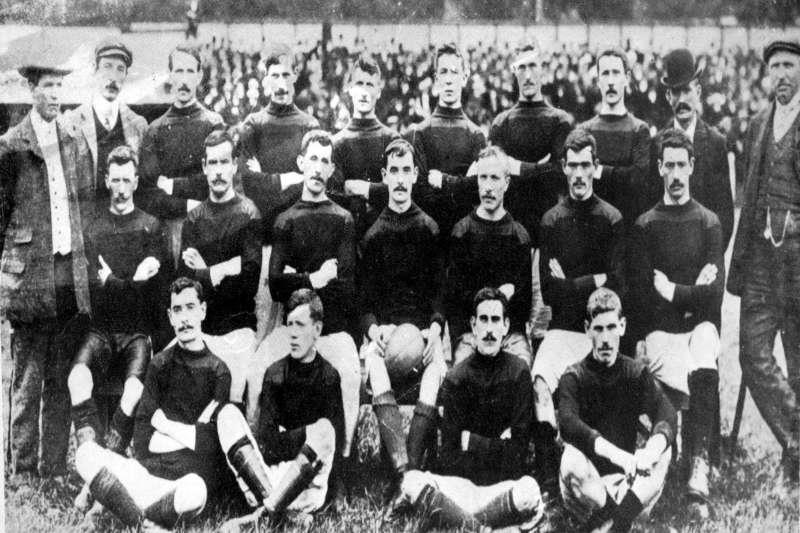 Discover Kerry posted this photo from 1903 of Kerry’s first all Ireland winning team. 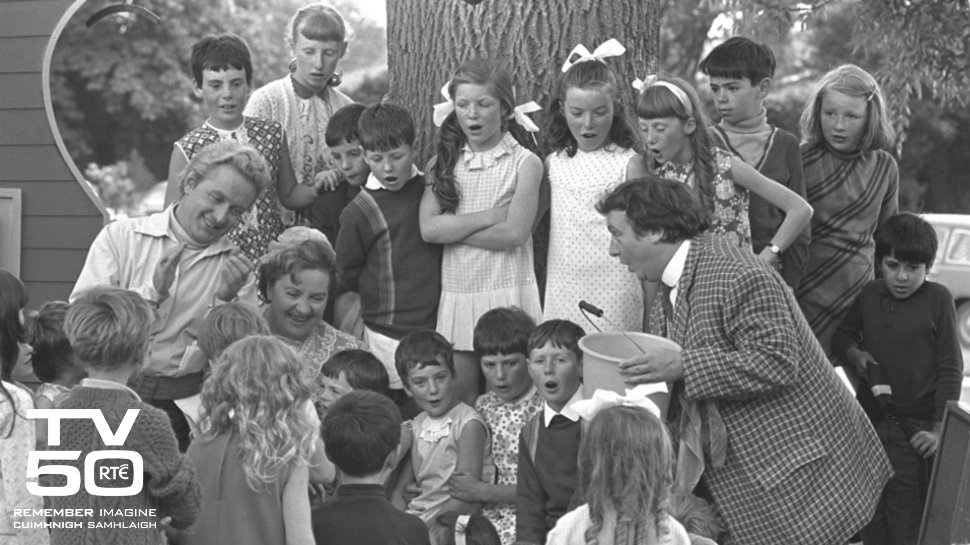 O’Brien and Godmother of Wanderly Wagon. Don’t know who the children are but probably some early rent-a-crowd from RTE

A soup kitchen has opened in Tralee, in response to the growing number of Kerry people struggling to feed themselves and their families.
It’s located on Ashe Street, and is currently open for two hours every Saturday afternoon, from 12 noon to 2pm.
Two Tralee residents, Colette Price and Dawn Roberts, are currently running the kitchen, along with volunteers from the Tralee Lions Club, which is funding the project.
They’ve appealed to anyone of any age and from any walk of life, to drop in and avail of nourishing, home-made food, which they’re also welcome to bring home with them.
Colette Price says there are people in Tralee, including those who are working, who are struggling to feed their families: