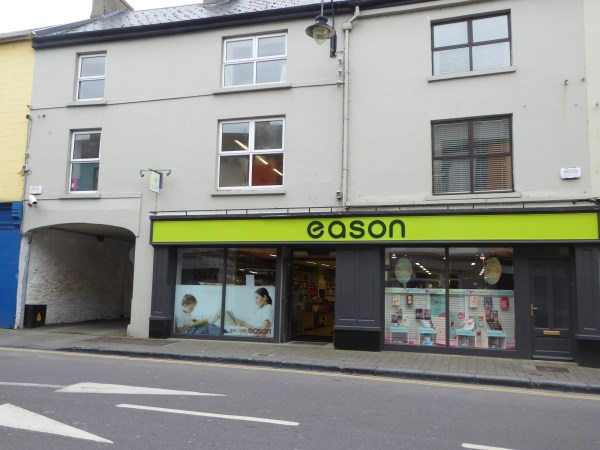 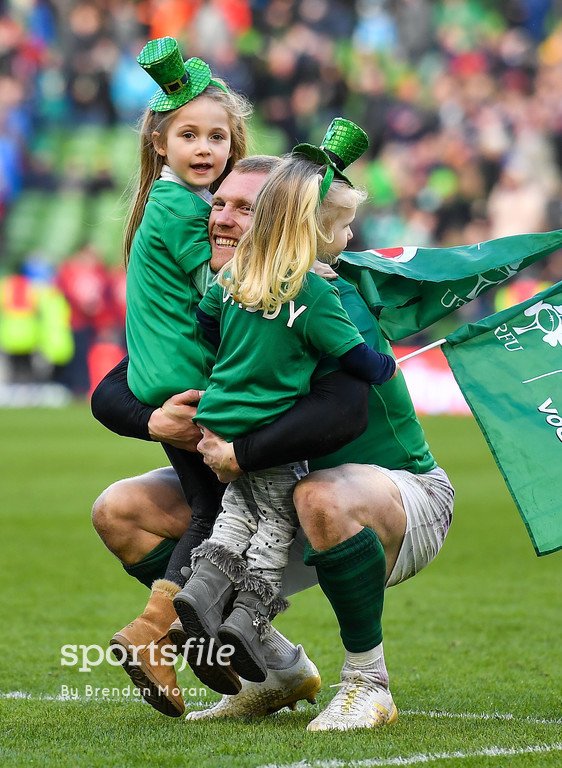 Keith Earls celebrates with his daughters after Ireland’s great win on Saturday. 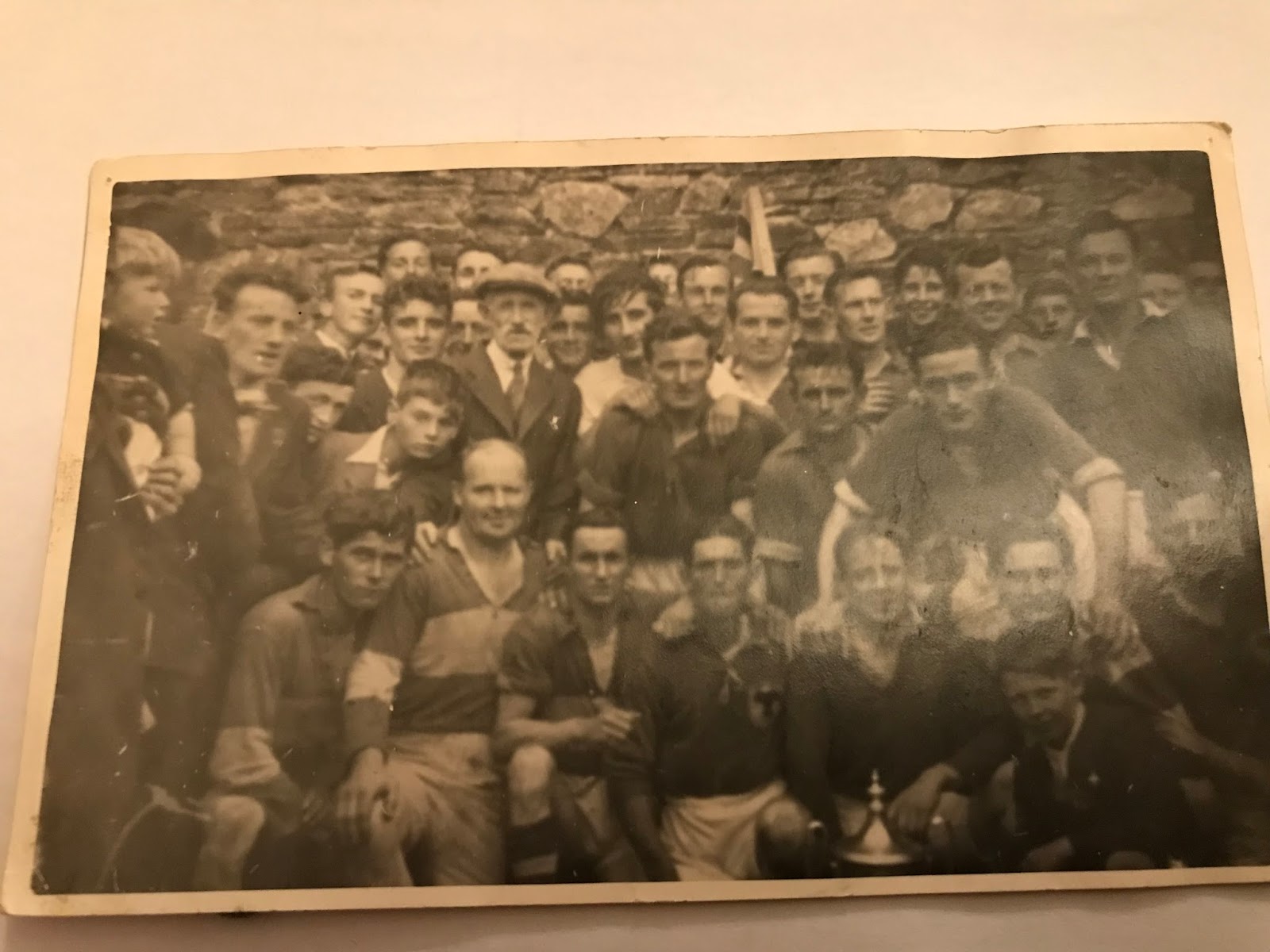 This is the Boro team who played in the Town League in 1944. Denis Quille sent us the photo.

Continuing from where I left off last week…..

Bryan McMahon is widely remembered, locally and nationally, for the
writing of very many well-known ballads, of sporting and of a local nationalistic
fervour. Among them, The Hounds of Glenoe (his recall of younger days hunting
with fellow townsman, Berkie Brown and others they spent days hunting in the
hills behind Banemore) A verse is worth recalling,

See Reynard is golden as there he goes roving,

He twists and he turns, he’s the bracken’s old hue,

He pauses to sniff the mad winds of the evening,

Then pointing his cloosheens he fades from the view,

You’ll pay for your crimes now, my tawny marauder’

The hens and the chickens, the turkeys you owe,

For here they come roaring with music full-throated,

‘Victory song for Old Kentucky Minstrel’ This was to honour the feat of the
greyhound of that name, owned by Ballybunion Bookmaker and Publican, Jim Clarke,
winning the famed Waterloo Cup.  It begins;

The Ballybunion Sandhills now, with bonfires are all aflame,

On the green fields of Tipperary, sure, they shout a greyhound’s name,

The coursers of Kilkenny brave, they raise a loud ‘halloo’,

Local ballads, The Town of Listowel, My Silver River Feale, The Valley
of Knockanure, The Brow of Piper Hill (this was written in his later years,
when he used drive with his wife Kitty out to Smearla Bridge, parking his car, before
walking up to the top of Pipers Hill)

In one verse he recalled,

In the evening late, from McCarthy’s gate

I climb to Dillon’s lawn

Below me then in that lovely glen

A picture fair is drawn

O’er the River Feale from Purt to Beale

And home by the ruined mill

Bryan also had a great love of hurling, and among his ballads he wrote
two recalling the deeds of famed Tommy Daly of Clare and Cork’s peerless
Christy Ring. On the football front he wrote a memory of the 1953 All Ireland
Football Final, between Armagh and Kerry, called, ‘Saffron and Green and Gold’.

Garry McMahon inherited his father’s gift of writing ballads and had
left a legacy of these before his untimely death.

Even though John B. is remembered locally, nationally and
internationally through all his great works, his only football remembrance is one,
where he recalls the fete of the Greenville team winning the 1956 Listowel Troy
Cup (this was the secondary football competition run by the Listowel football
club, known locally as Listowel’s National League in deference to the Town
League, which would have been classed as The All Ireland)  John B. would have traditionally played with
Church Street- The Ashes,  however when
he bought the pub in William Street, he threw his lot and considerable skill
with the Greenville team, because, as he often said, the team members were
better customers and porter drinkers than the townies.)

Come all you true born Irishmen, from here to Healy’s gate

But they wouldn’t hold a candle to that gallant Greenville team.

Ha-Ha! said Billeen Sweeney “sure I’ll tackle up my ass

But they pulverised the Ashes and they mesmerised the Gleann

Next came the famous Boro, their fortunes to redeem

But
they shrivelled up like autumn leaves before the Greenville team.

“T’was the white trout that done the trick” John L. was heard to say

“We ate ‘em morning, noon and night in the run up to the fray

They hardened up the muscles and they built up the steam

Until no power on earth could beat that gallant Greenville team”

Deirdre Lyons in a cave in Ballybunion 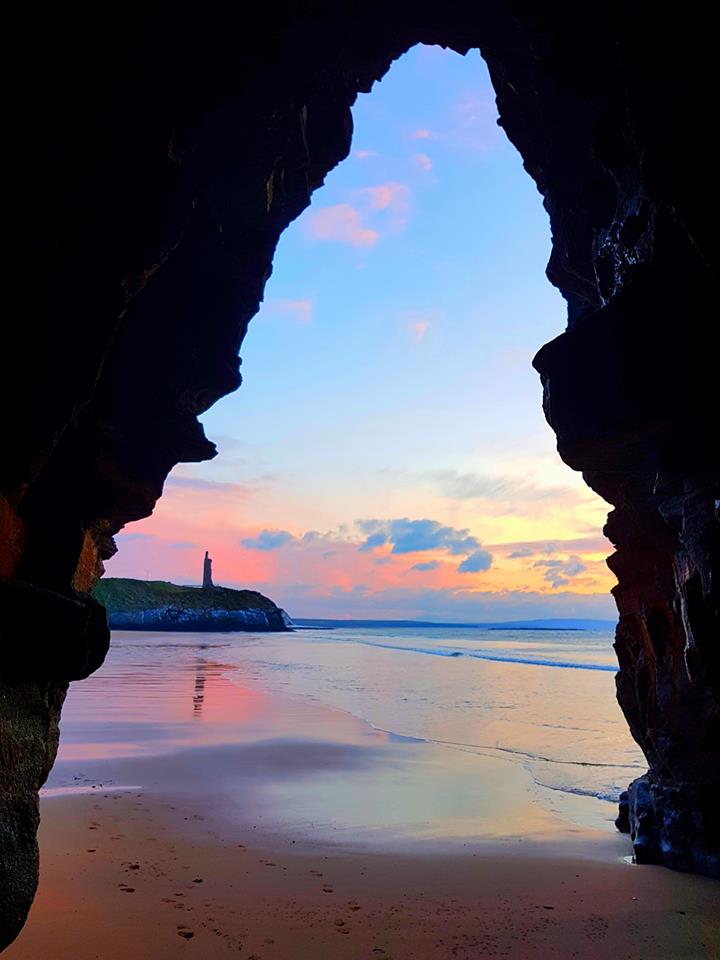 Some people shared this on the internet for Mothers’ Day, March 11 2018 but it’s true for everyday.

DEATH IS SMALLER THAN I THOUGHT

My Mother and Father died some years ago

I loved them very much.

When they died my love for them

Did not vanish or fade away.

It stayed just about the same,

Only a sadder colour.

And I can feel their love for me,

Same as it ever was.

Nowadays, in good times or bad,

I sometimes ask my Mother and Father

To walk beside me or to sit with me

So we can talk together

They always come to me.

I talk to them and listen to them

And think I hear them talk to me.

Nothing to do with spiritualism

Or religion or mumbo jumbo.