The Weather, Country Life in the 1950s and Donie O’Sullivan of Cahirciveen 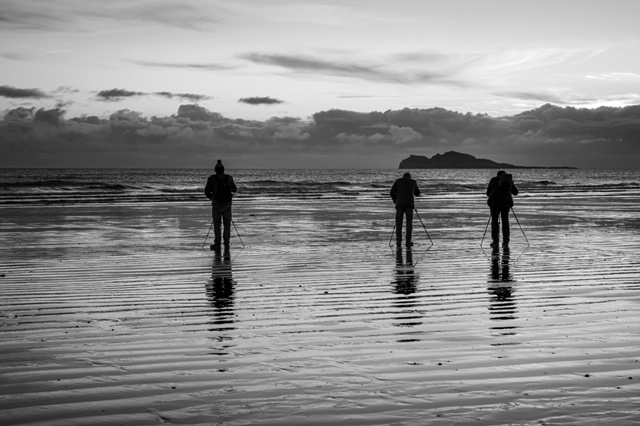 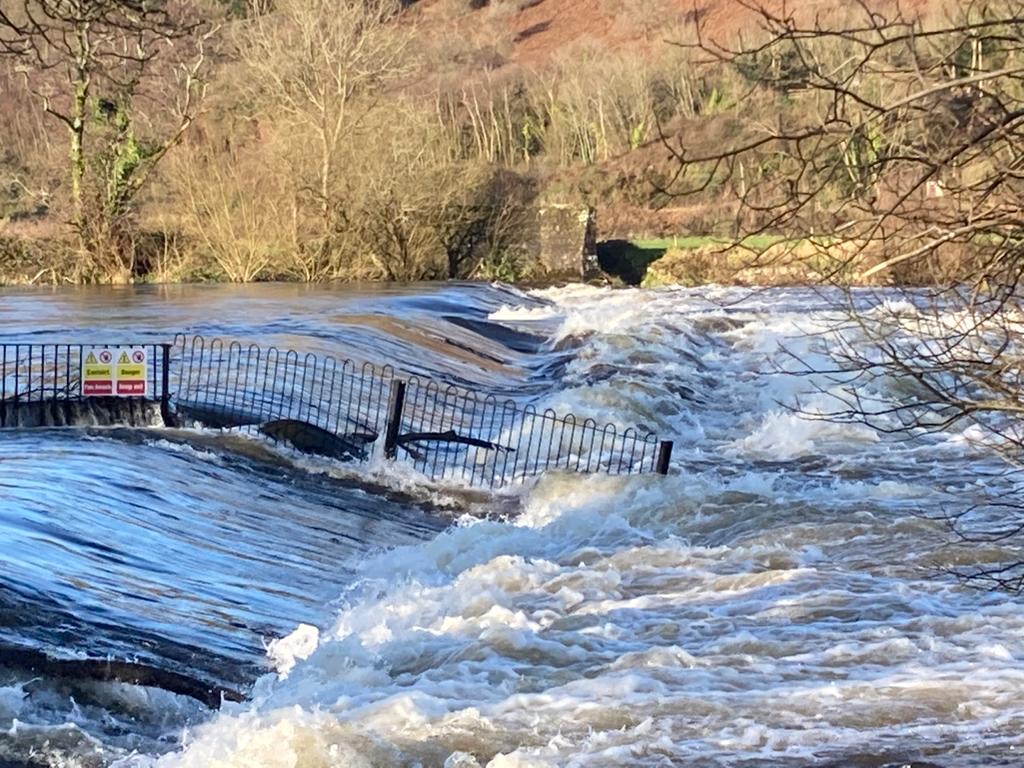 Christmas season 2020 brought us very mixed weather.  When I was visiting my Cork family Storm Bella was raging and flooded roads were the biggest hazard.  Then when I came home snow and ice were the problem. I live in dread fear of falling (once bitten etc.) so I didn’t even venture outdoors for exercise.

The Way We Were

Noreen and John O’Connell here share with us an account of a way of life we will see no more. It is important to document this piece of social history in the words of a man who lived it, remembers it well and is generous in his sharing of it.

Mary, my good friend has prompted and encouraged me to send her some  of John’s reminiscings.

My beloved husband John O’ Connell has a fantastic memory so I have been documenting some of his memories for our 8 children and 13 grandchildren. John from Coolaclarig, Listowel grew up in Curraghatoosane ( affectionately known as Bothairín Dubh). Therefore again he is the narrator, I, Noreen am the willing  scribe!

“ I grew up on a farm, a mile outside the town. Cows were hand milked, I would have to milk 3 or 4 every morning before I went to primary school. We supplied milk to customers in town and others called to the house for it. So every morning and evening, I got on my bike, handlebars laden with 3 pint stainless steel measures  and a 4-5 pint little  tank and hit the road, delivering to families in Convent Street, O Connell’s Avenue, St. Brendans Terrace, Upper William St , the Square and down to Daltons in the Bridge Road.  One frosty morning I skidded from the old Post office to John B.’s ( who was a customer) but thankfully never spilled a tint of milk. However I wasn’t as lucky  another  morning when I took my frozen  hands off the handlebars and torpedoed at Leahy’s Corner. With empty gallons and  grazed knees and hands, I nervously returned home to get very little sympathy but a re-fuel of milk and was sent away with a clip on the ear and a warning not to spill any more milk.

Then there was the market gardening side of life. All our neighbours were gardening also as the land was suitable and we lived near the town. We had acres of spuds, cabbage, carrots and turnips. Every spring there was ploughing and setting. We “comhared ”with Jack O’ Connor next door, my father and Jack shared the horse plough and his horse and ours were tackled to it. It was a 2 wheel plough and turned a single scribe. The horses were tackled with the collar and hames. The traces from the hames were attached to a back pad and then on to  2 small quins which were then attached to a big quin . For attaching a horse to a cart a britchen was used and  a back band and a belly band. A reins was tied to each side of the mouth bit  to guide the horses. The ploughing was slow and could take 2-3 days to complete.

After a week when the upturned ground was dry it was harrowed to break the scraws and soil. Next the drills were opened with a double- boarded plough and farmyard dung spread. Seemingly  it was the job of the nana if one lived with you to cut the sciolláin. As we had no grandmother in our home, an elderly neighbour obliged. I remember her sitting by the open hearth, with a scarf and shawl around her shoulders , a bucket wedged on her lap and she was cutting away. There was an art to this as you had to ensure you had a súilín on each piece of the spud.  When the sciolláns were finished, the setting began. We children were kept at home from school for this. We donned  a hessian bib, roughly fashioned from a sack,  which contained the sciolláin (seed potatoes) and dropped them  10 inches apart into the furrow, and pressed them into the dung (manure) with our bare feet. Furrows were for a big garden but ridges were for small areas. The sciolláin were set like a tri-pod  in ridges.

We went totally barefoot from May to October. Our feet were black after this and even after steeping them in a pan of water the colour and maybe and the smell stayed put. As time passed the spuds were blinded and risen to with more earth. They were sprayed with a mix of water and bluestone to prevent blight. Before Listowel Races the digging began,with spades and  then the pitting in the garden.

Throughout the winter we had to open the pits a few times and turn the spuds to prevent shooting. We’d dump the bad ones and then  cover with fresh straw and close up again. T’is then you would see the mice flying. I remember a man my father had  helping him, and a mouse ran up the leg of his trousers “unknownst”to him, stayed there in the comfort and heat until your man was taking off his trousers to go to bed that night, when he made his escape.

When spring came these spuds were bagged in 20 stone bags and transported down to the market, weighed and sold. The Aran Banners were bought for chips at 4d a stone. This income from the spuds was needed as we had no milk for sale until the calving . We kept enough spuds for ourselves, some for next years seed and the small ones were fed to the pigs and pulped for  the cows. There was no waste.

As well as spuds we grew turnip and carrots and mangolds and, of course, cabbage. I remember going around the town with the ass and car selling cabbage on Saturday mornings. I got 6d a head. One woman had no change , but a pound  and I hadn’t enough change for her. So I knocked on another door and asked the woman of the house if she had the change of a pound. She looked at me and said” Yerra garsún a chroí if I had a pound note like you have, I’d stay up all night minding it”

There was some oats set too. If it was a year when we only had a small amount it was cut by scythe, bound and stooked until the threshing, but other times it was cut by a man who was hired with a  the reaper and binder. Threshing days were another great event in the year with a meitheal of locals. That night there was bit of a hooley with a half tierce and music and dance.

Donie O’Sullivan of Cahirciveen and Washington 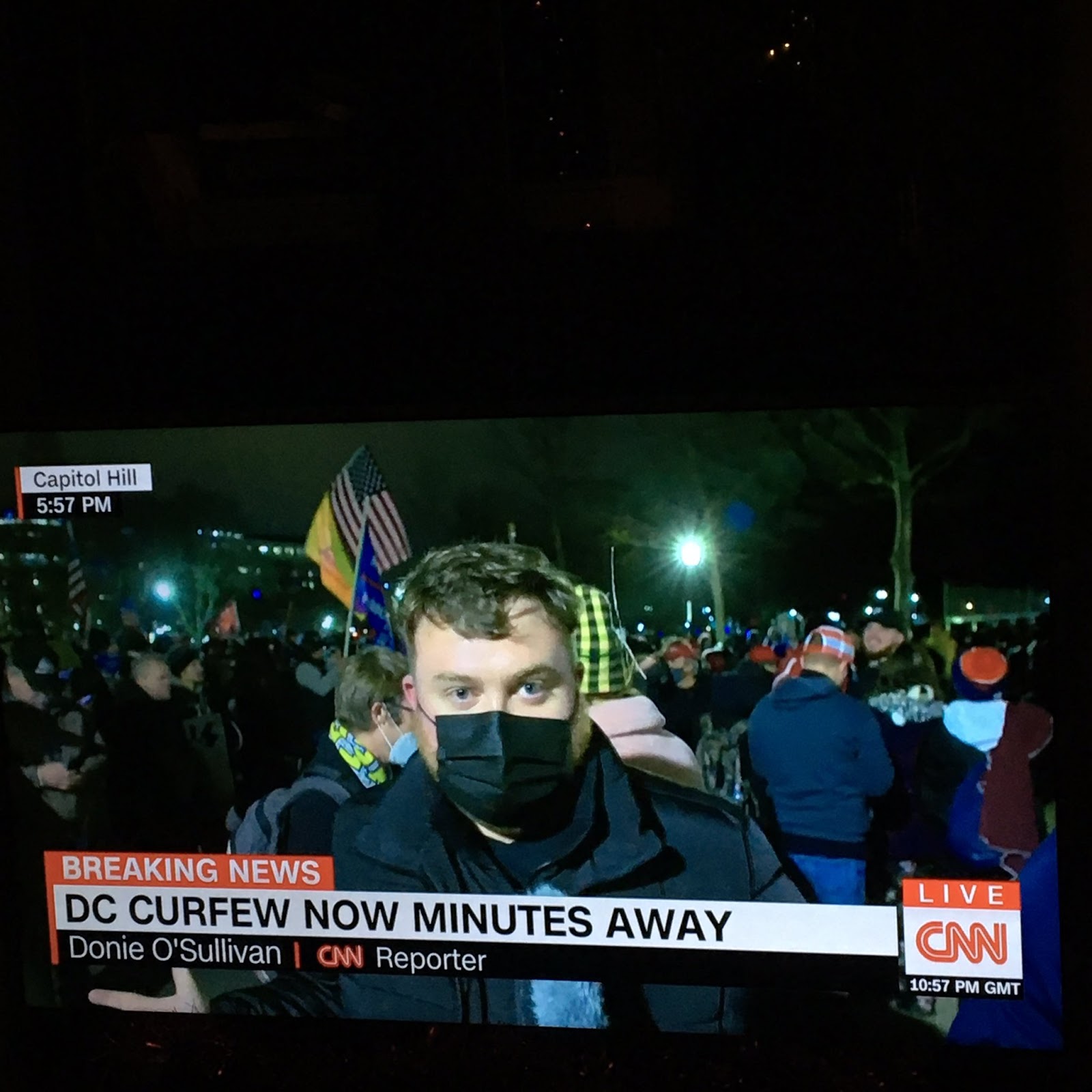 I’ve often thought that having an unusual name so that everyone recognised you by your Christian name only, would be cool. I am saddled with a name so common in my youth that one elderly nun in our school called every girl Mary and she was right at least half of the time.

Most of his friends and work colleagues in the US knew no one called Donie until they met this Kerryman. He has to explain that he is not Don ee but Dough Knee.

Now, here, where we know well how to say his name, he is the only Donie on everyone’s lips, for he has come to fame  as one of the CNN journalists at The Capitol on its most historic day in recent times. I must confess that I had never heard of him until then ( even though he once worked for that groundbreaking organisation, Storyful, mentioned here before in connection with  Malachy Browne and Rhona Tarrant)  but I sure know him now and his lovely parents.  His US friends may need subtitles for his down -to- earth Kerry father. It was a tonic to see mórtas cine shining from this man, a world away from Donald Trump who also takes pride in his sons. Both Donald and Donie’s escapades on January 6 2021 will now be part of history.

I had to share Brendan O’Connor’s piece in Sunday’s Independent, Jan 19 2021. It raised a smile in a tough old week. 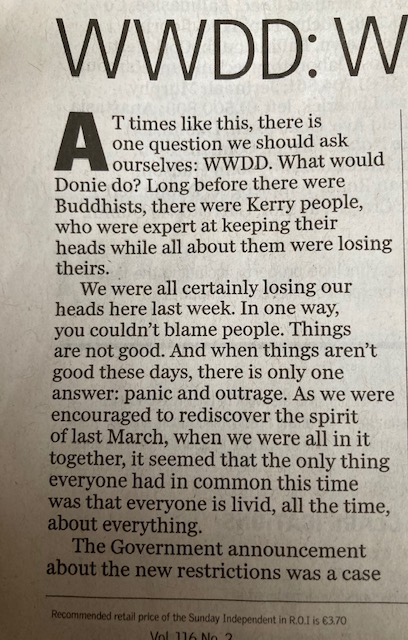 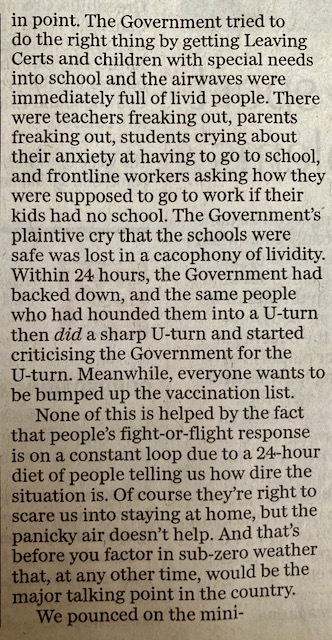 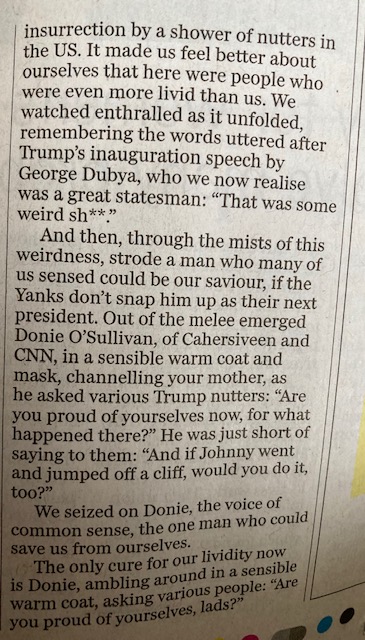