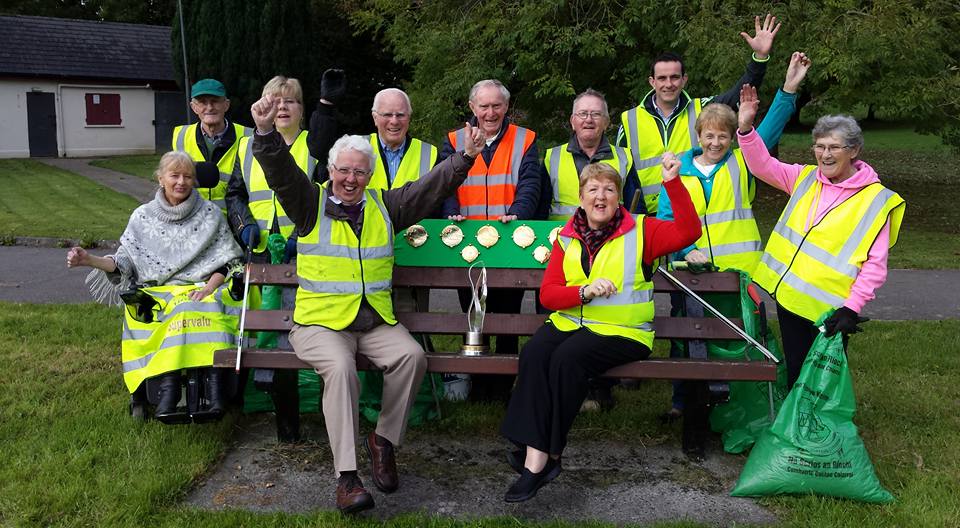 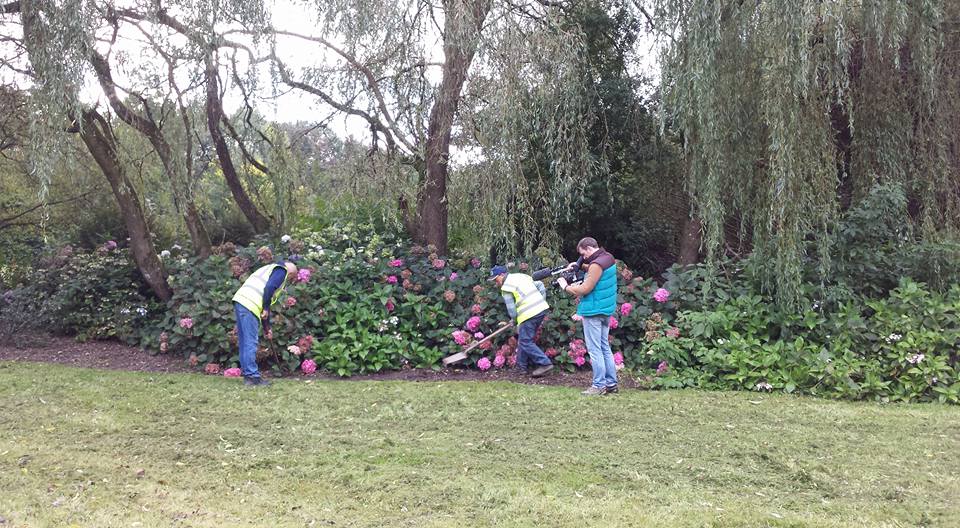 And they’re planning a party for us all. Put Sunday October 23 at 3.30 into your diaries. The venue is Listowel Community Centre. 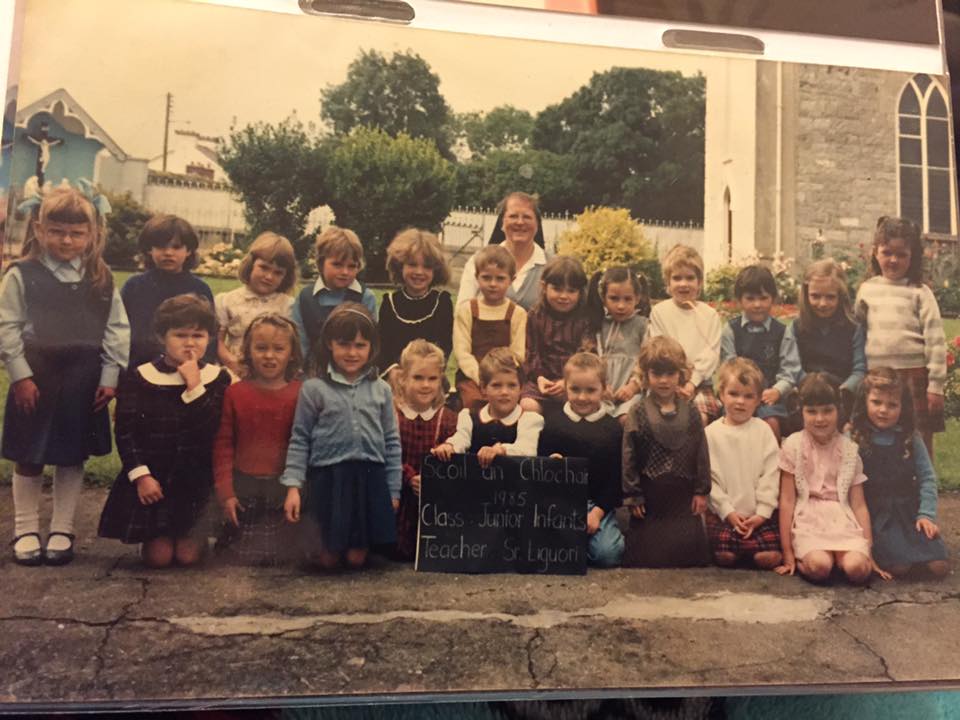 No date……maybe nineties? If someone has the names I’ll publish them. 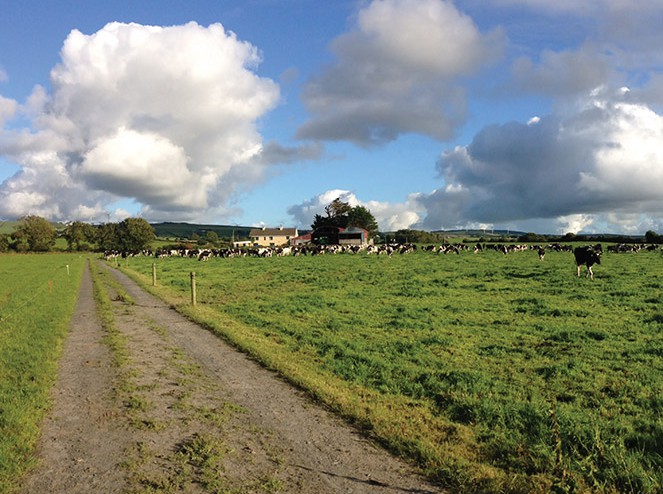 THE BARRY FAMILY FROM LIXNAW

Brothers James and Padraig Barry run separate farms in Lixnaw and Listowel, Co. Kerry along with their uncle Con. The family has also recently set up an agricultural contracting business to cater for the needs of local farmers.

The Barry’s operate enterprises which include a large dairy farm in Lixnaw and a dry stock and tillage farm in Listowel. As well as milking 300 cows, they finish about 1,000 beef cattle every year and also grow winter and spring wheat, spring barley and maize.

In the past year, they have branched into the agri contracting sector with the formation of J, P & C De Barra Contracting Ltd. There is no such thing as a quiet time of the year for this well-respected family, who wouldn’t have it any other way.

For James and Padraig, farming has always been a way of life. The excellent working relationship that exists between the brothers and their uncle makes the task of milking 300 cows twice-a-day a good deal easier.

“We share the milking duties between us. When you have three pairs of hands, you are able to do other things. We are not ‘tied’ to the milking parlour like some people are,” James says.

The Barry’s have travelled a rocky road to get to where they are now with their dairy enterprise. In 2000 and 2002, their herd was devastated by separate brucellosis outbreaks. Undeterred, the family bought in 140 pedigree Holstein Friesian cows in 2003. Two years later, they purchased a 200-acre farm in Listowel, which allowed them to more than double their milk quota from 180,000 to 380,000 gallons.

“The farm in Listowel, which is eight miles from our home farm in Lixnaw, came with its own milking parlour,” James explains.

“But having invested in a new milking parlour in Lixnaw just a few years earlier, we decided to keep our dairy operations there. Our farm in Lixnaw is 120 acres and is big enough to cater for our dairy herd.”

Two separate calving seasons between mid-October to early December, and mid-January to mid-April, means there are always cows to be milked. The pedigree herd is milked at a 20-unit Dairymaster parlour which features swing-over arms, automatic feeders and automatic cluster movers.

Headquartered in nearby Causeway, Dairymaster is recognised as a world leader in dairy equipment manufacturing with customers in over 40 countries worldwide.

“After 15 years, the parlour is going like a bomb,” James enthuses.

“While Dairymaster have become a global company, they still look after the locals. Their aftercare service has always been top-class.”

The Barry’s supply their milk to the Kerry Group plant in Listowel. Kerry Group has enjoyed phenomenal success since commencing operations in the north Kerry town in 1972. It is now a leading player in the global food industry with current annualised sales of approximately €5.8 billion. Well-known butter spreads and margarine spreads, such as Dairygold, Kerrymaid and Low-Low, are produced in Listowel.

There were many column inches given to the lifting of milk quotas on March 31stlast after 30 years in which Irish dairy farmers were restricted on the amount of milk they could produce. Now, new rules mean they can produce as much milk as they want, leading to fears of overproduction.

“I believe they went a step too far by abolishing milk quotas completely,” a sceptical James says.

“I would be fearful for the future of people who have borrowed heavily to increase their herd size and invest in new equipment. We were tempted to add to our herd, but have decided to adopt a ‘wait-and-see’ policy. What happened in places like New Zealand, where huge losses were experienced after milk quotas were lifted, should be a lesson to Irish farmers.”

“Milk is heading to a price that’s unsustainable for farmers. Ideally, we should be getting 35c a litre rather than the 27c we are getting at the moment. There is no point in producing more milk for less profit.”

He adds: “Instead of abolishing the milk quota overnight, I think Europe should have considered the French and German model which suggested that milk quotas be raised by five per cent each year over the next four years. I hope I’m proved wrong, but I’m very worried about where the Irish milk industry is heading.”

The calves born on the Barry farmstead are a mixture of Holstein Friesian, Aberdeen Angus and Hereford. They keep the Friesian heifers as replacements for their dairy herd, while the Angus and Hereford are reared for beef.

This Year We’re Skipping Halloween and Going Straight to Christmas 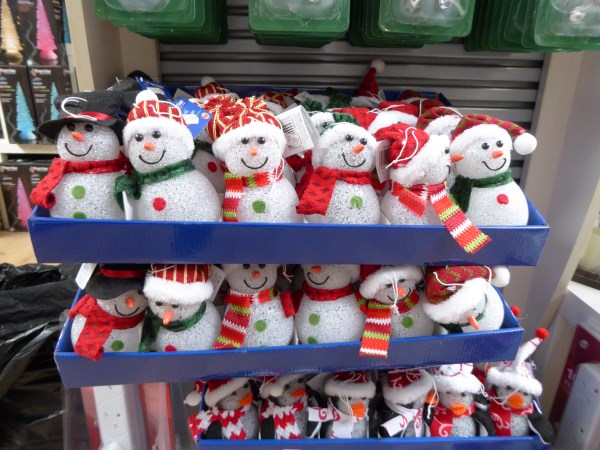 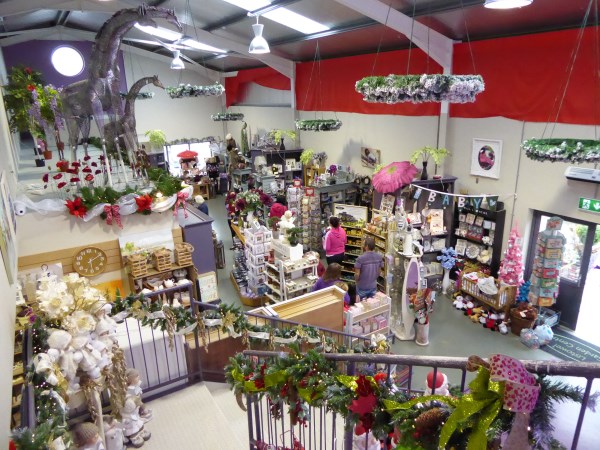 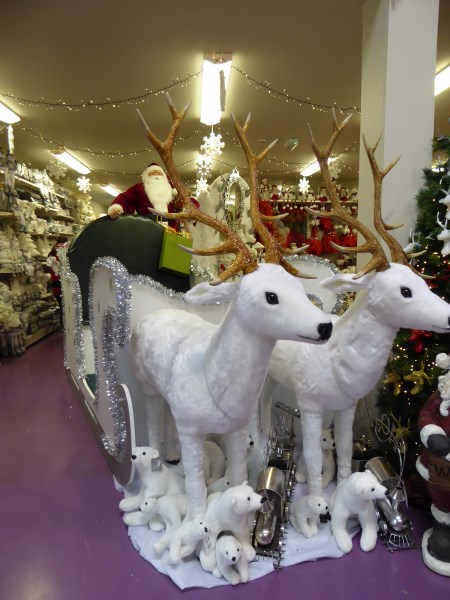 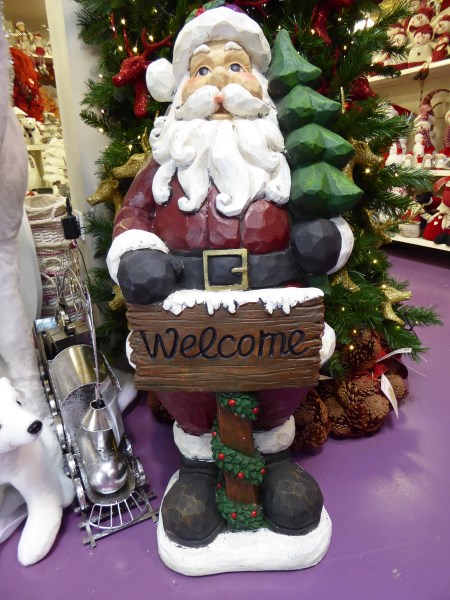 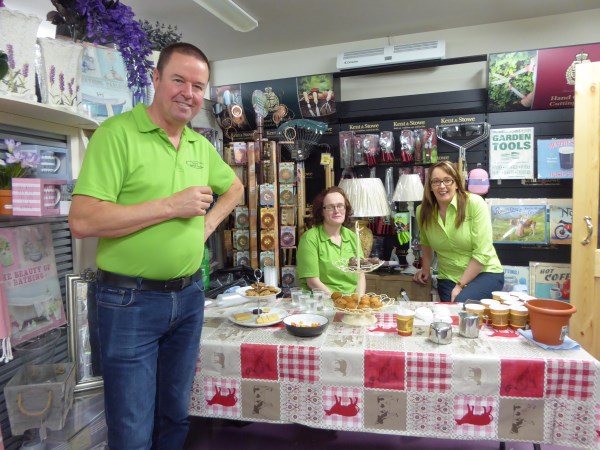 These are some of the hard workers who are behind the great displays and who were putting on a party for shoppers on the opening day. 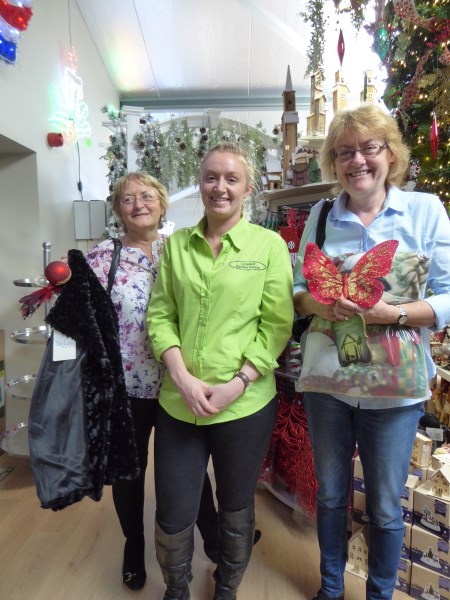 Mairead Roberts took a break from answering shoppers questions to pose with her former teachers, Breda Ferris and Bridget O’Connor. 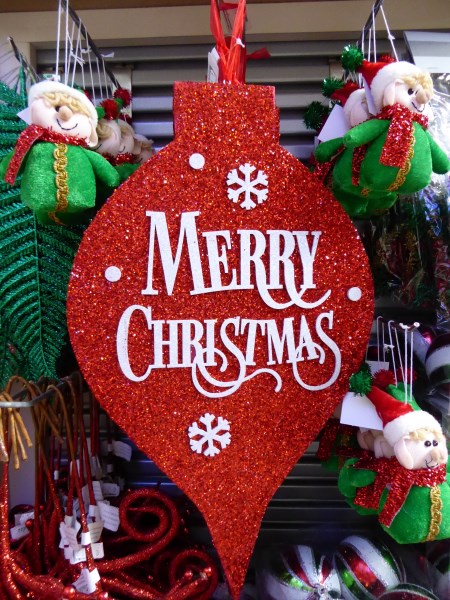 Horse Fair, Brosna, and Jimmy Hickey and his dancers and musicians in the 1990’s