Tralee in the sixties, Rebel Abbey, 2 Day Revival 2019 and Listowel, A Printer’s Legacy

The Gap of Dunloe

Christmas Shopping in Tralee in the sixties 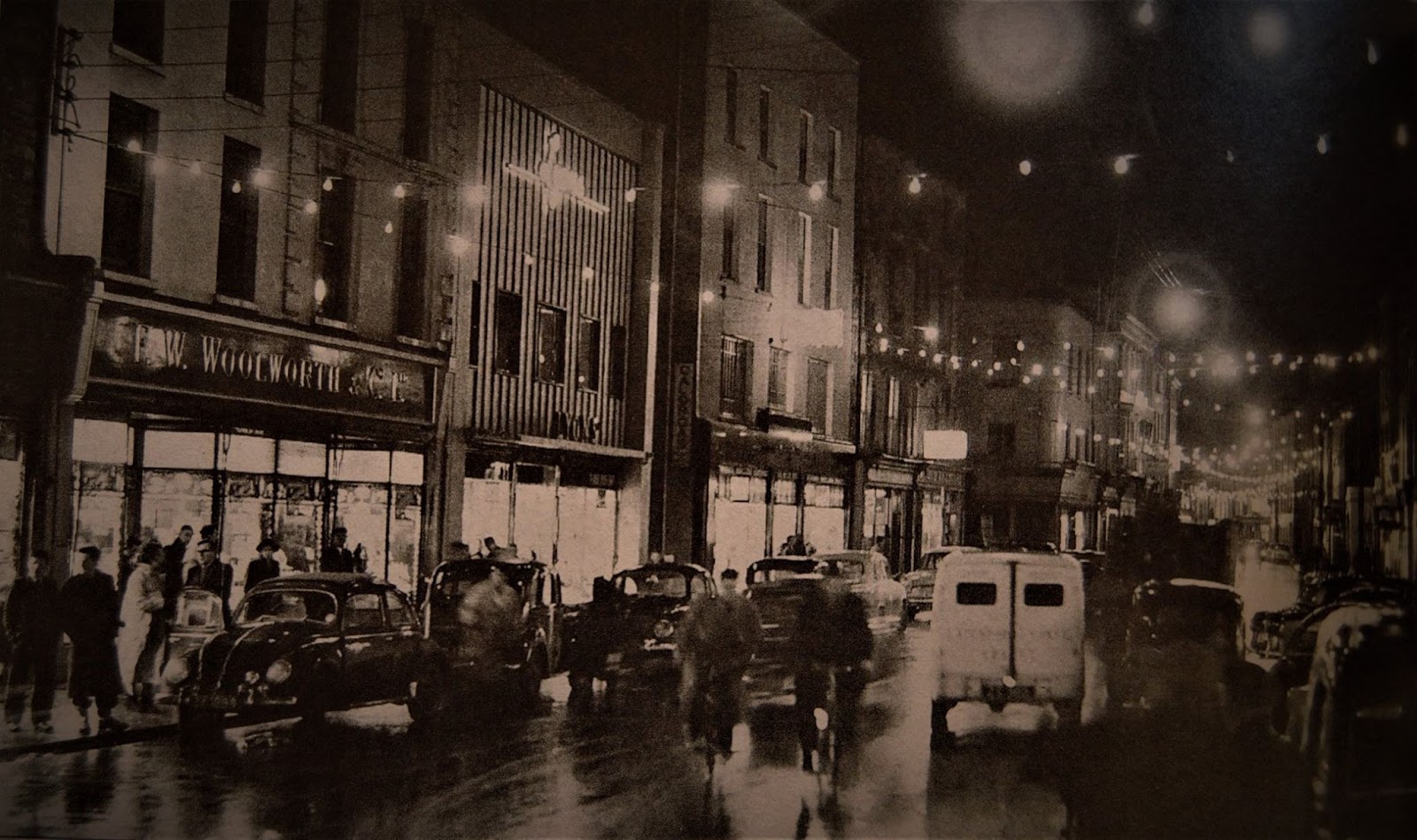 Remember Billy McSweeney’s great story of the Kerry lady who married the son of the Blacksod Lighthouse keeper and found herself playing a vital role in the timing of the DDay landings. Well didn’t a loyal blog follower know all about Maureen and he sent us this. 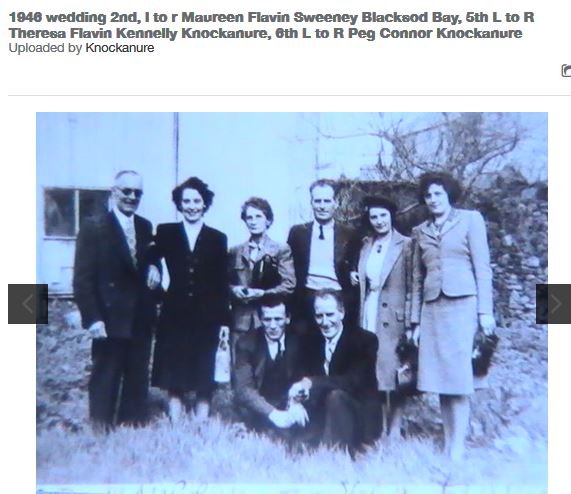 This is Maureen in a wedding photo from 1946

Maureen’s mother was a Mulvihill . The Mulvihill family was also famous. Ned Mulvihill bred a greyhound called Rebel Abbey who won all round him. 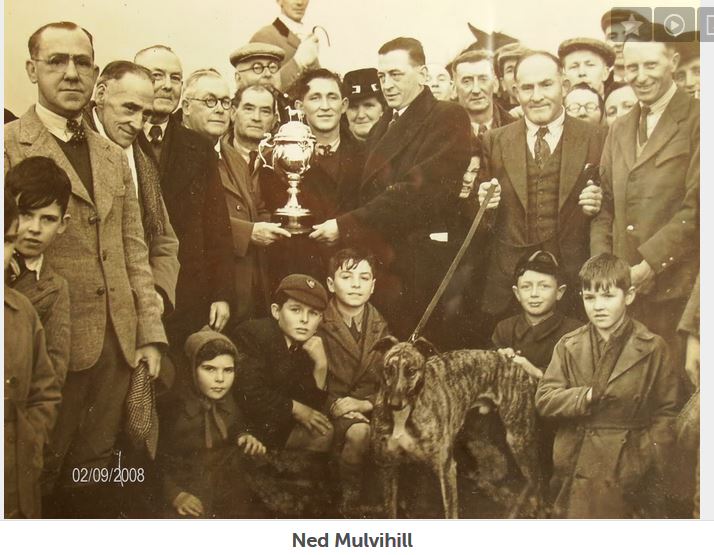 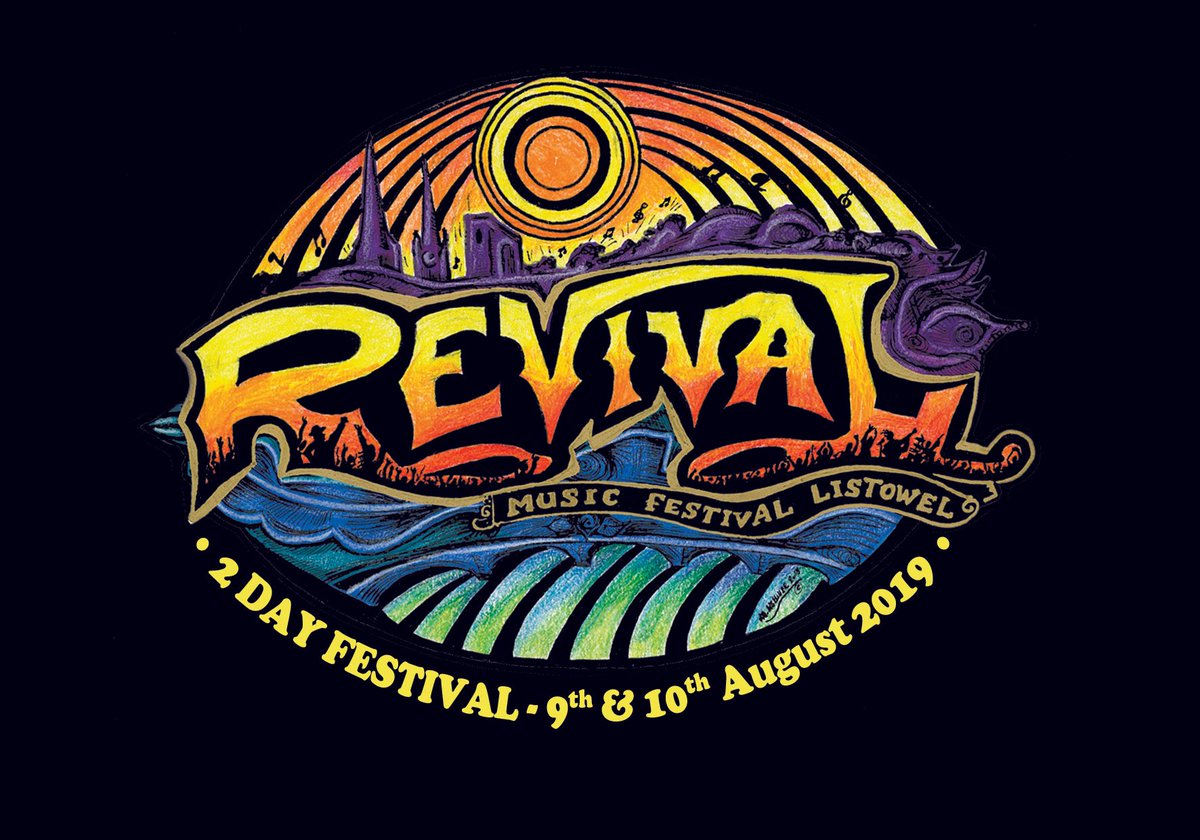 The next instalment in the debate;

Interesting debate opening up. I don’t think any heavy work was done by inmates in the workhouses- they were in poor shape, weakened and poorly fed- certainly not enough work to enrich anyone.  More importantly, able-bodied persons were liable to the rigours of the law if they attempted to get into the workhouses! Auxiliary Workhouses in premises privately owned were  rented by the Board of Guardians and they ran the show after that. I have never come across a privately owned and operated workhouse. I don’t see many certain ‘facts’ on either side of the current debate.  TF Culhane  wrote about Maurice Leonard being ‘remembered’ as having given the barrels of flour; he was not recalling that as his own personal memory. The Folklore Commission relied on stories and memories also. Using ‘recalls’ is no worse that using ‘Keane reported…’ as ‘reported’ has the following meaning:  “give a spoken or written account of something that one has observed, heard, done, or investigated.”  ‘Folklore’ hardy meets this qualification. The reference to TF Culhane’s thoughts are included in the North Kerry Literary Trust, Listowel, excellent 2007 edition of  the book, “Kerry Memories”- this is steeped in Listowel Connections spanning generations. This book is painstakingly thorough in relation to what it includes. Pádraig de Brún and Jimmy Deenihan were instrumental in this publication. It is well-worth a read by anyone connected with Listowel. Bets or speculation and political points are not of much use at this remove. I was a bit doubtful of the number,  ‘six thousand barrels’ as that would be an enormous amount of wheat for the Listowel area in those pestilential days. Perhaps the local memory  was a bit defective in both cases in debate? And there are those who would claim that all such wheat would have been exported in any case to England, while the local people starved. I agree that a factual and disinterested  assessment of the ‘Listowel wheat or barrels of flour’ conundrum is required.  I am sure there will be many well-qualified and  willing to take in on.

People at a Book Launch 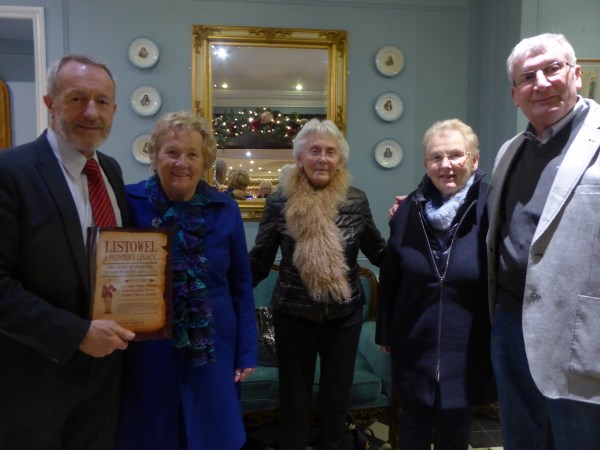 Seán Kelly, Nora Sheahan, Peggy Hilliard, Lilly Nolan and Vincent Carmody in The Listowel Arms on December 9 2018 at the launch of Listowel , A Printer’s Legacy. 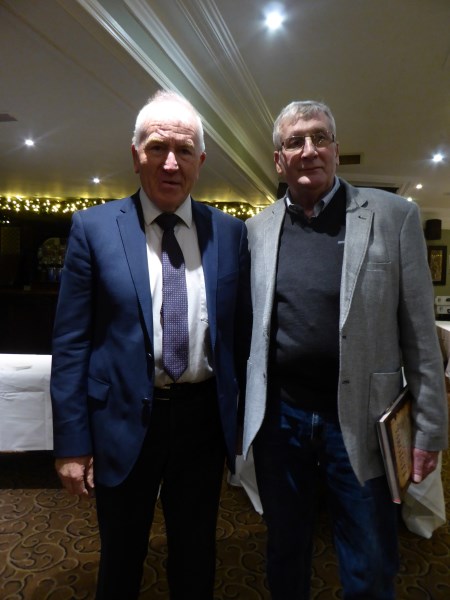 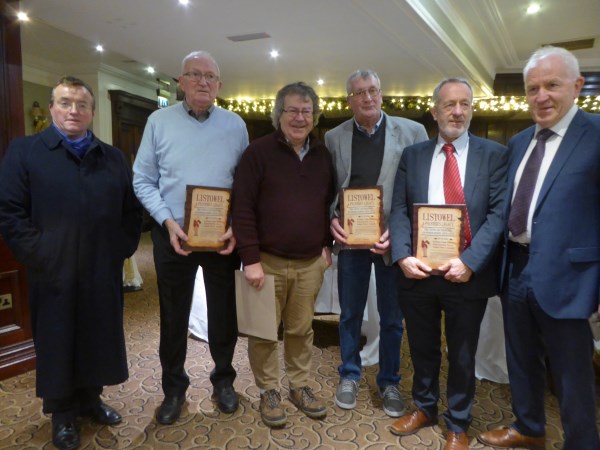 Historians and politicians at the launch. 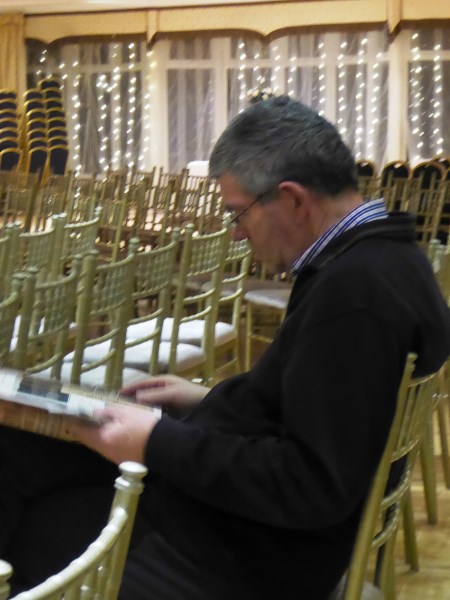 Maurice O’Mahoney gets in a quick read before the crowd gathers.

Another great idea from Christmas in Listowel 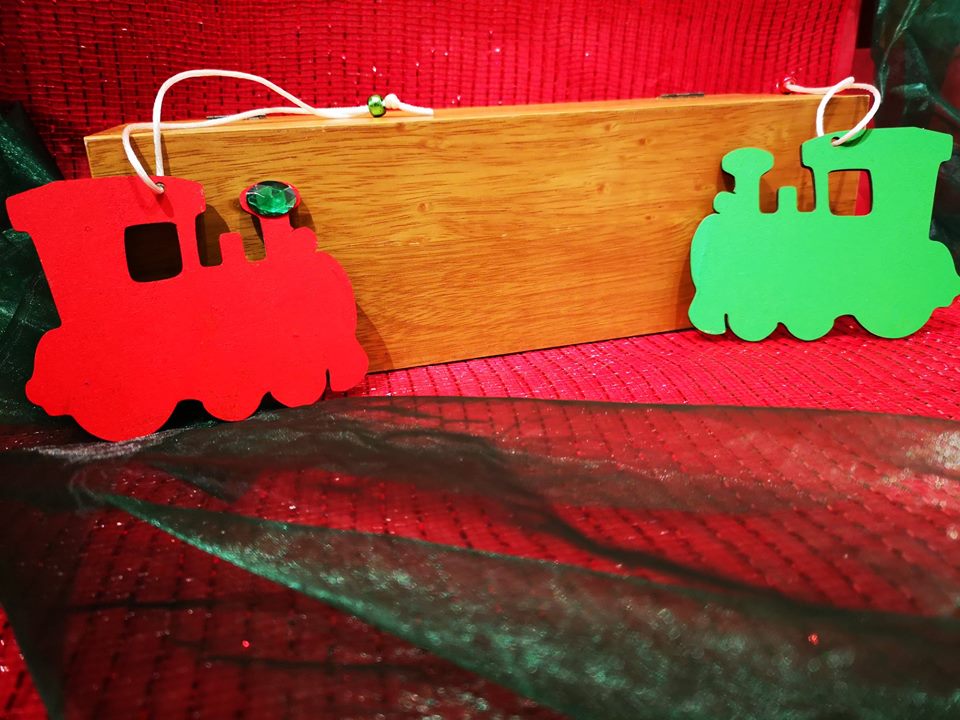 Join us on a magical trail around Listowel’s beautiful shop window displays on the Listowel Treasure Train.

Each of the 14 participating shops have a Little Green Train displayed somewhere in their window. Can you find them all?

Each day we will post a photo of the Runaway Red Train’s new location, as well as the day’s prize on the Christmas in Listowel Facebook Page. Simply tell us where the Red Train is, to be in with a chance of winning one of our amazing prizes every day.

The prizes will be displayed in Galvin’s Window and available for collection at the end of the competition after Saturday 22nd December.

Boy at the Window, Killarney at Christmas and the Launch of Listowel, A Printer’s Legacy