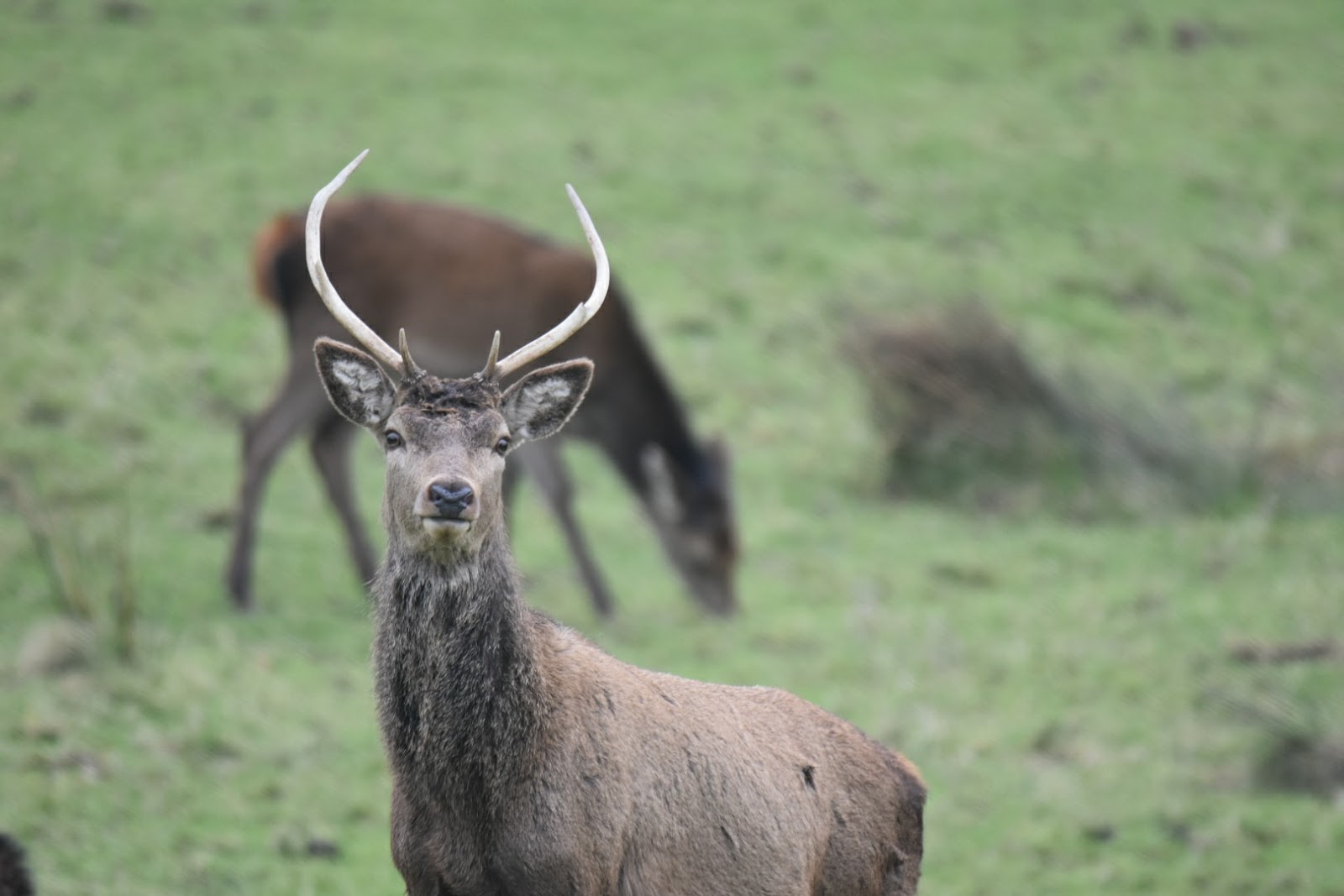 Trees in the town park, February 2018

We are very lucky to have a great variety of trees in the town. I have noticed much new planting being done in the park. 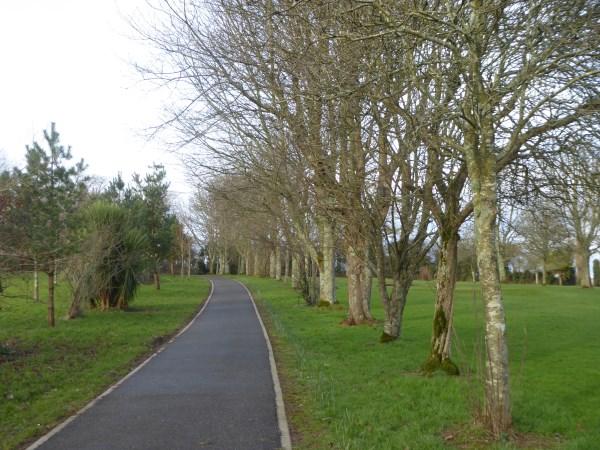 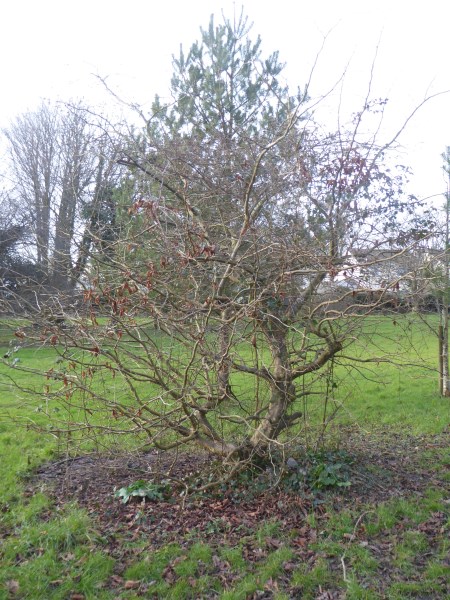 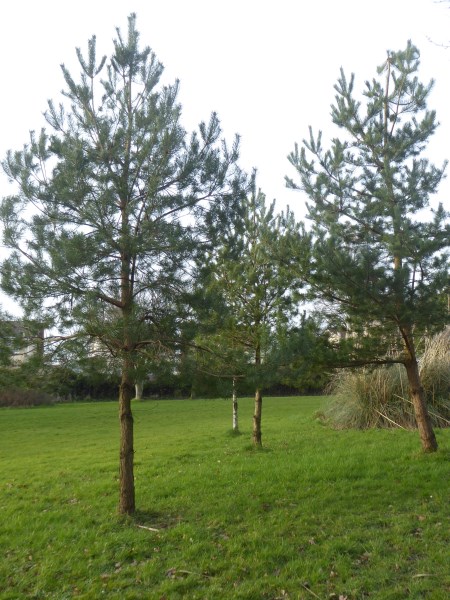 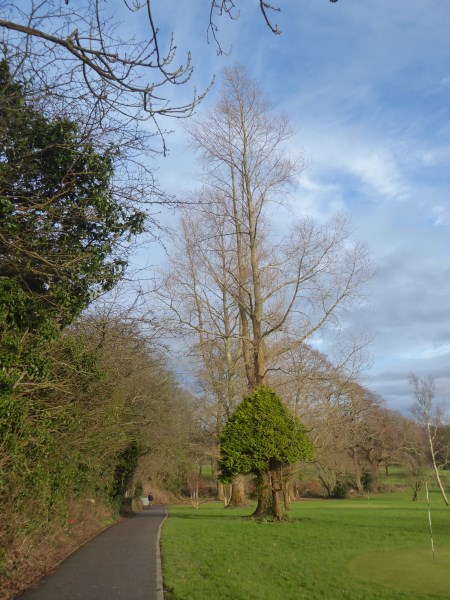 These really tall trees look fairly vulnerable to me. I’m glad to see that new trees have been planted in front of them, to replace them when the inevitable happens. 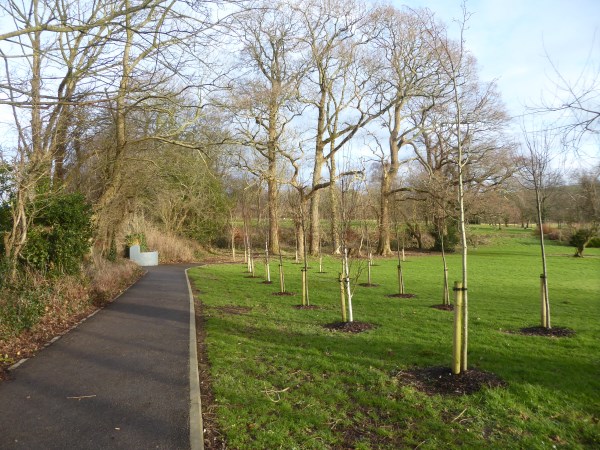 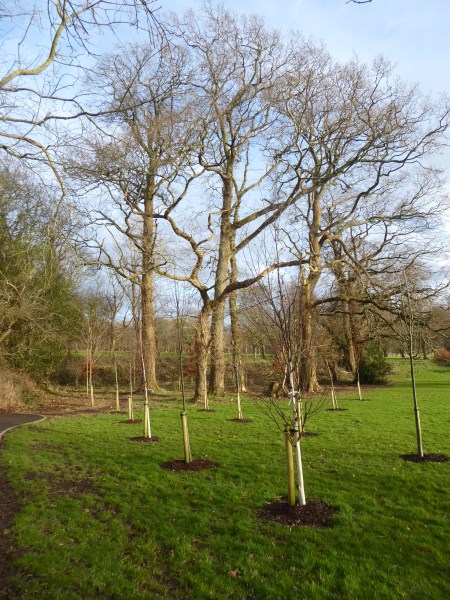 These are the new trees. They are just inside what remains of the old stile, pictured below 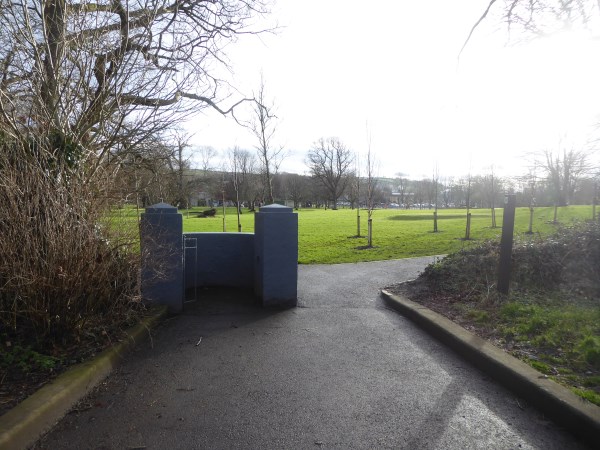 I am certain there
are many people who have never heard of beef tea much less drank it. When I was
a gorsoon there was a famous greyhound in my native town who was once backed
off the boards at Tralee greyhound track. He was well trained for the occasion
and specially fed as the following couplet will show;

But last in the
field he wound up in Tralee.

Beef tea in those
days was  a national panacea as well as
being famed for bringing out the best in athletes and racing dogs. Whenever it
was diagnosed buy the vigilent females in the household that one of us was
suffering from growing pains we were copiously dosed with beef tea until the
pains passed on. The only thing I remember in its favour is that it tasted
better than senna or castor oil.

I remember once my
mother enquiring of a neighbour how his wife was faring. Apparently the poor
creature had been confined to bed for several weeks suffering from some unknown
but malicious infirmity.

“Ah,” said the
husband sadly,” all she is able to take now is a drop of beef tea.”

Of course it was
also a great boast for a woman to be able to say that all she was able to
stomach was beef tea. It meant that she was deserving of every sympathy because
it was widely believed that if a patient did not respond to beef tea it was a
waste of time spending good money on other restoratives. It was also a great
excuse for lazy people who wished to avoid work. All they had to say was they
were on beef tea and they were excused. No employer would have it on his
conscience that he imposed work on someone believed to be on their last legs.

On another
occasion, as I was coming from school, I saw a crowd gathered outside the door
of a woman who had apparently fainted a few moments before.

“How is she?’ I
heard one neighbor ask of another.

“They’re trying
her with beef tea now,” came the dejected response. The woman who had asked the
question made the sign of the cross and wiped a tear from her eye.

The Millennium Arch and Bridge Road 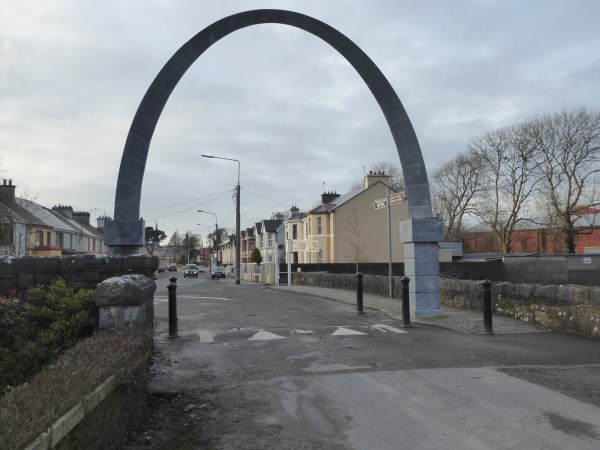 Here is another poem from a great anthology I picked up in the charity shop. The book is called  For Laughing out Loud.

Someone said that it couldn’t be done

Someone said that it couldn’t be done –

But he, with a grin, replied

Leastways not ’til he tried.

So he buckled right in, with a trace of a  grin;

By golly, he went right to it.

He tackled The Thing That Couldn’t be Done!

And he couldn’t do it.

I remember Anew McMaster’s visit to Listowel very well. I actuallymanaged to be in the audience in the Plaza cinema, (today the OzanamCentre), across the road from my home, to see him play McBeth. I was tooyoung to really understand it but I vividly remember McMaster in hisstage makeup. The sight was frightening to a child. My mother felt thatI was too young to see some of his other amazing offerings from the penof Shakespeare, so I was warned to stay away. This was definitely in thePlaza and not the Library. I also remember the yellow posters pasted tothe walls of the derelict library in Bridge Rd. (as written by EamonKeane). The latter was a common occurence.My belief is that it was McMaster’s visit to Listowel that was theinspiration for the ‘local’ lads to put on their later ‘entertainments’in the Carnegie Library. It would have been a much cheaper venue thanTrevor Chute’s Plaza. That, in turn, was the inspiration for my brothersand sisters to stage our entertainments in our back-house for the localChurch St children during the Summer holiday months when the remainingsods of turf in the building were used as seats and concrete woodenshuttering from my father’s workshop was fashioned as a stage. We wrotethe scripts ourselves; but the quality of the writings was not up to thestandards of our illustrious predecessors!