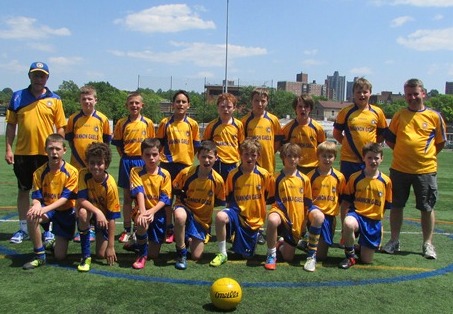 Now who have we are?

This GAA team plays football, not in Listowel, not even in North Kerry but in New York. These lads are the Under 12 Shannon Gaels Champions 2013.

They will be in  Listowel  on Aug 18 th at the  Tim Keneally U12  Tournament in Frank Sheehy Park. The boys are  sons  of  Irish emigrants  from all over  Ireland  and  several with Listowel and Kerry Connections. They are coached   by Robert Corridan and  Breffni Smith .

“My heart’s best treasure is no more”