“When my mother was a young
girl, Listowel was at the far edge of her world. She lived outside the small
village of Ballylongford in County Kerry in the west of Ireland. Listowel was
only seven miles away, and only in rural Kerry would it seem a grand place,
with its cattle fairs, its square and shops. A trip to Listowel meant a journey
by donkey and cart, and she went only rarely until her early teens, when she
became a servant there. Then she lived for a while in Listowel — before
sailing from Cobh, the port adjacent to Cork, and migrating to the United
States in 1936. She was 16. All of that was long ago and far away. My mother
now lives in Redwood City, as I do. She has dementia, and she rarely remembers
Ireland or much of anything else.

I would like to think
that, if she could remember, she would recognize the place Vincent Carmody
captures in his wonderful and evocative book “Listowel: Snapshots of an
Irish Market Town, 1850-1950.”

From my family’s
perspective, it is ironic that Listowel is the sister city of Los Gatos,
adjacent to San Jose. In the earlier 20th century, these places would have
seemed distant cousins: both market towns and magnets for people on the farms
around them. But now they are far different. The farms are gone from what was
once the Valley of Heart’s Delight around San Jose, even as they persist around
Listowel. San Jose has become the third most populous city in California;
Listowel has less than 5,000 people and is still physically much
the same place my mother knew.

For me, at least, all that
connects the modest Irish town (known for its literary festival) with the
sprawl of Silicon Valley is my mother. She was a girl near Listowel when the
place filled her with stories, and now she is an old woman living near San Jose
bereft of memories and stories.

The beauty of Carmody’s
book (available at www.listoweloriginals.com) is that he captures
both the kind of stories my mother gleaned from Listowel and a far more subtle
set of transformations that changed the town. He tells his story through what
the anthropologist Claude Lévi-Strauss called bricolage, the art of creating
something new out of surviving scraps of the past. This is a book of
photographs, notes, bills, invoices, contracts and advertisements knitted
together — street by street, house by house — so artfully and unobtrusively
that you do not so much think the clean Irish prose is giving you an account of
the past as that you are actually rummaging through that past and walking down
the town’s streets. A place that might seem initially foreign to you grows
familiar.

On one level, Carmody’s
account of this Irish market town could be the biography of a dozen Irish
towns. The years he covers were tumultuous everywhere in Ireland, and even more
so in Kerry. There was revolution, independence, civil war, depression and
migration, always migration. But he captures the more constant fabric of the
place that endured beneath the tumult.

Anyone interested in
Ireland can enjoy this book, but if you actually knew the place, as my mother
did, it becomes something more. My cousin Anne met Carmody on the street in
Listowel, and she identified her father-in-law in a picture from long ago. And
even for me, as much a Yank as my cousins are Irish, this book seems to
illustrate stories my mother told: the cattle fairs, the donkeys and carts, the
days that once loomed so large in that distant world and here surface again, at
once exotic and familiar.

Richard
White is the author of “Remembering Ahanagran: A History of Stories.”

Vincent held his second launch of the book in the National Library on Thursday last.

I got this next from John Fitzgerald  who was present on the night:

“The launch last Thursday in the National Library of Vincent Carmody’s magnificent book Snapshots of an Irish Market Town will forever be treasured.

Six old classmates pictured in the photograph of Mrs. Scanlon’s class exchanged stories late into that night in Buswells. Vincent had travelled all the way from the Boro; whilst Johnny Guerin tripped in from the Rebel county. The City of the Tribes delivered Tony Barrett (up to then in one piece). The two Sullivans, Sean and Teddy flew in from the land of the Gall and by the end of the night I’d say were glad to get back, whilst Cyril Kelly walked over the Liffey appeared from the North Side. In that mix,Tae Lane was always going to be difficult to position geograpically but in sporting parlance, that night I played fairly for the Gleann.

Attached is my take on what some of those stories evoked.

I leave the street and wander down
the lane.

of a ringmaster’s whip

the lane begins to breathe again.

Atop my father’s shed I see Tommy Sib Sib

coil and uncoil from the ridge rope.

He sweeps swathes of hot tar

over a bubbling roof.

The black liquid tauts and glints of
silver show

Under Potter’s shed the nettles sting.

Beneath an elder tree stray stones

crush the red haw and an ancient

trail of Navaho and Comanche appears.

Above the sycamore a crow calks

and distant sounds from the market

Suddenly the lane twists and the river
peeps.

Some say it was the greatest show on
earth.

lording over a gurgling sewer.

On the waterfront a fresh flood
bustles.

Spillers vie for space on the narrowing
banks.

A young boy wrestles with a twisting
hook.

He cuts the curling conger from its
clasp.

Above the bridge an old man waits.

After the flood fresh salmon run.

Flotsam gathers beneath my feet

And now I go back to the street.

Knitwits crosses the generations. On Saturday in Scribes we had 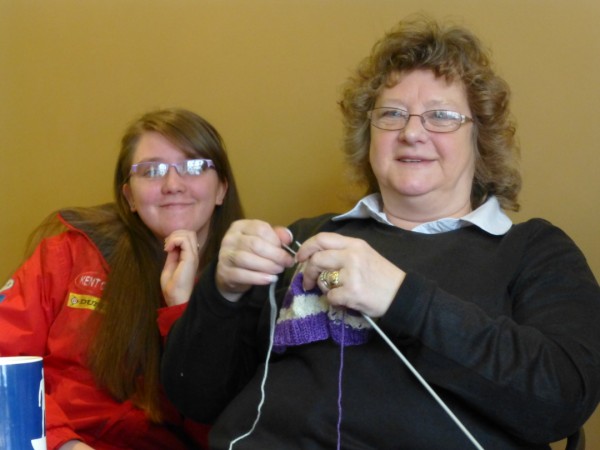 A grandmother and granddaughter; Patricia and Katie 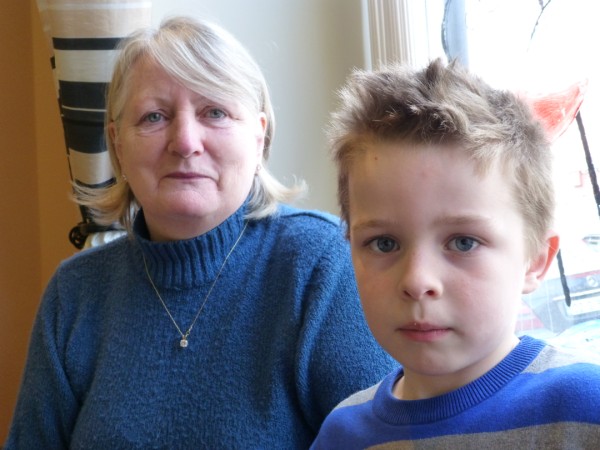 A grandmother and grandson; Mary and Kiernan 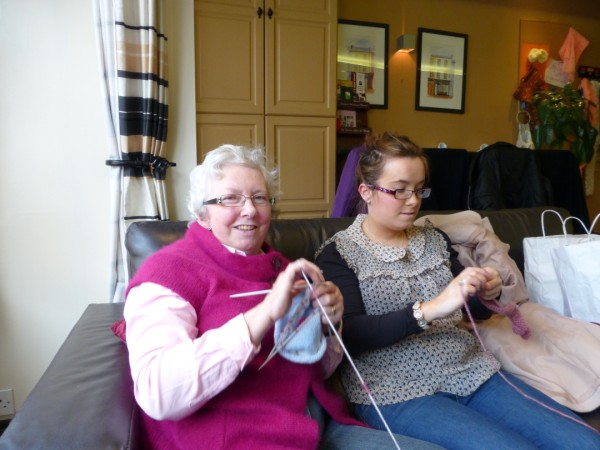 A mother and daughter: Mary and Clíona

Studies have proven that knitting is therapeutic. People suffering from dementia, if they have learned to knit when they were younger, when given needles and a ball of wool will settle to knitting. In Denmark some day care centers feature a knitting circle as part of their therapy. So, do your children a favour. Teach them to knit. 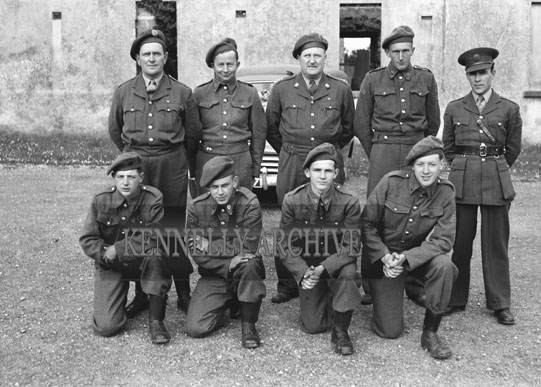 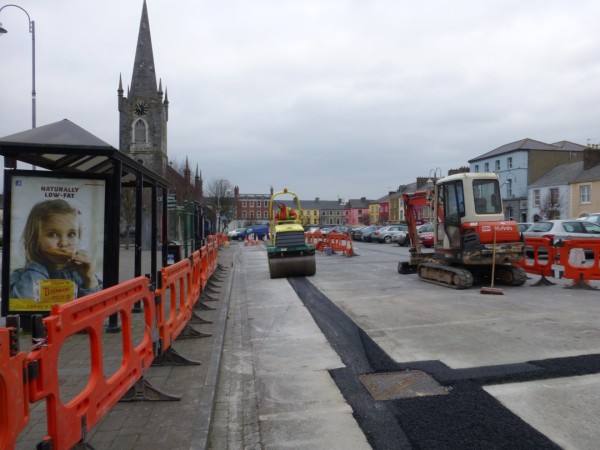 The Square last Friday. I’m told the digging up was to lay a broadband cable.

An interesting read for any superstitious Catholic.