Visit of Michael D. Agnes Browne in her 105th year and the death of Anne Dillon

President Michael D. Higgins visited Listowel to honour the Tidy Towns volunteers on Saturday May 25 2019. Here are a few photos from the great day in town. 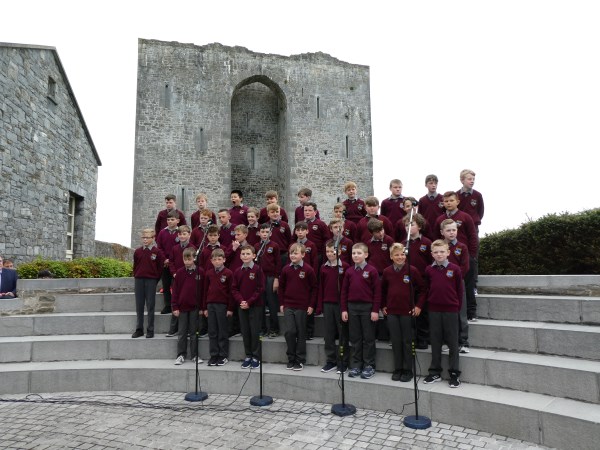 The boys choir from Scoil Realta na Maidine sang My Silver River Feale for the president. He loved it. 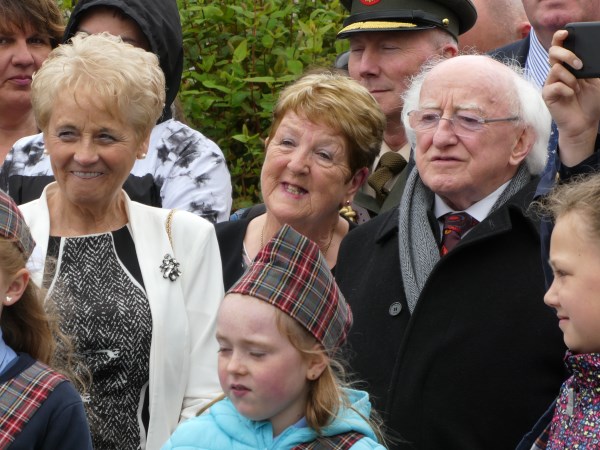 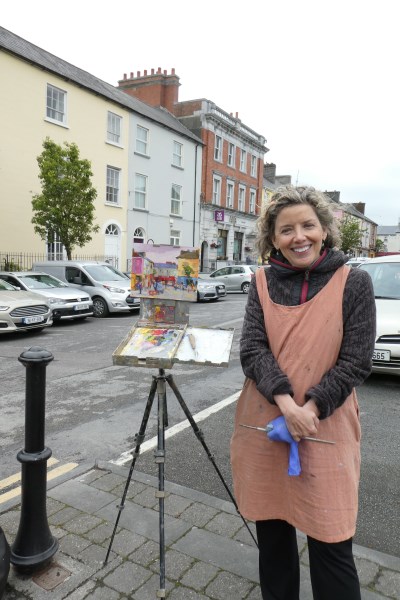 In The Square I met an artist friend of Olive Stack’s painting the occasion. 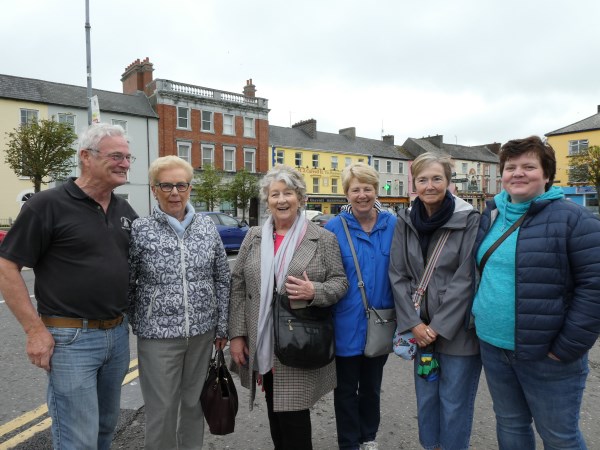 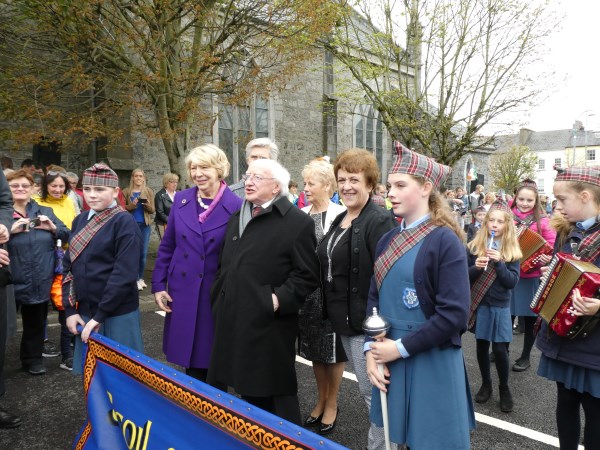 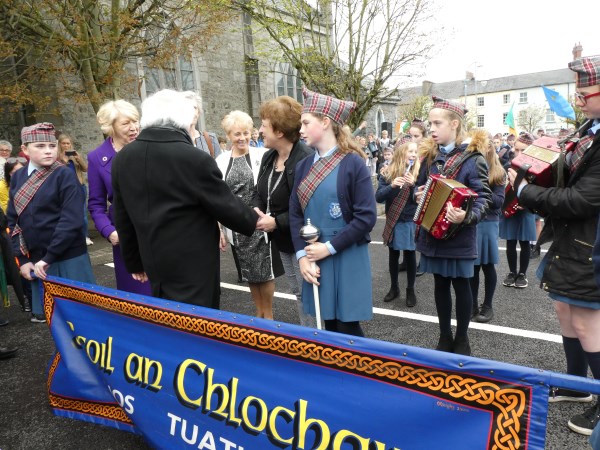 The girls of Presentation National School band played for the president .

A Lady who Never Forgot Listowel

Maureen Barrett of Ballylongford has sent us this great story of her friend Agnes Browne of Listowel and Illinois.

This is the first part of the essay that Maureen wrote in July 7, 2017.

(Second part of the story tomorrow)

I will start with the fact that Mary Agnes (known her whole life as Agnes) Broderick formerly of Dirha East,  Listowel died January 12, 2017 in Tinley Park, Illinois at the wonderful age of 104-5 months short of being 105.

Agnes was born on June 30, 1912 to Dan and Nora Browne. Dan was the son of Daniel Browne (butcher of Listowel) and Catherine Lynch and Nora was the daughter of Jeremiah Mulvihill, Clounmacon (a farmer in Dirha) and Johanna Buckley. They were married on November 15th, 1908 in Listowel. They  had 9 children born in Listowel and 1 born in Chicago. They eventually lost 3 of their children-Margaret-3 yrs old died March1918 of croup, Jeremiah-11 months-died March 18th 1926 of whooping cough and Lillie-3 years died March 26tha week after her brother of whooping cough.

The story was always told in the family that a gypsy came to the house when the children were sick and make a drink brewed from a weed from the bog for Agnes and that is what kept her from getting sick. The gypsy was never seen again. She remembered that a Sullivan family in Market Street lost 5 children at the time (this has not been verified). A relative of theirs, a Dr. Connor came from Dublin to help Dr.Dillon from Listowel with all the illness and he ordered that Agnes be removed from the house

Dan Brown was very active in the fight for freedom of Ireland along side his neighbors Tom and Ned Pellican- the friendship between those 2 families has survived since then and this little story about Agnes is being written by a niece of Tom and Ned who now lives in Chicago-Maureen Barrett from Ballylongford. The story of the Brown family being evicted from their home and their neighbors building them a replacement house in one day is out there in stories from those terrible times. Dan Brown fought on the Republican side after The Treaty was signed . Agnes told me he was offered money and a job and suffered much at the hands of  those who were trying to get him to join the  other side but he refused. He was eventually convinced  by someone- “to give up trying to free Ireland as he had a family to take care of” so he gave up the fight and  in May 1925 he and his oldest daughter Catherine (Kay) left Ireland on the ship Republic arriving first in Boston and then New York where they then took a train to Chicago to stay with a relative, a Mrs.Kissane. I think she was his sister. Kay lived with another relative at another address. As Kay was underage she had to go to school in Chicago until she was 16.

Dan worked for the railroad  I thinkit was decided that Nora would leave with the remaining children when Dan and Kay had got settled with jobs and a place to stay for the large family they had.  They were to emigrate  in April of 1926 but the death of  2 of their children from croup/bronchitis type illnesses in March of that year so devastated Nora that the trip was cancelled. Dan Brown wanted to come back home to Listowel to be with his wife after the death of their 2 children but was convinced that it was in the best interest of them all that he didn’t. So he stayed in Chicago and proceeded with plans for them to travel at a later date- Agnes shared with me that the only reason her mother survived the death of her children was that her friend  and neighbour  Mrs.Pellican and indeed all her friends on the road came and took over her home and children’s care because she couldn’t even get out of bed to face what had happened to her.

The trip was eventually rescheduled and Nora and her remaining 5 children Johanna-16 y/o, Mary (Agnes) 14, Nora 9, Dan 7 and Bridget 5- left Listowel and sailed to New York on the Westphalia arriving in New York on October 11, 1926. With time some of them changed their names to more Americanized names and Johanna became-Joan, Bridget became  Eileen and Nora became Brenda.

Some of Agnes’s recollections of her trip were that it was  an exciting adventure. “the most beautiful time of their lives.” was her statement. They made friends with the cooks and enjoyed many treats that were new to children leaving Ireland. It was her first time seeing coloured ice cream. That was the one she remembers the most.They had a great time on the ship ran and played freely. She remembers a German girl they befriended even thought she didn’t speak English. She got lost on board the ship. She didn’t remember her being found.

One of her sisters did consider staying at home with an aunt Margaret. I think she was Ray McAuliffe’s mother.  I’m not sure if that is correct but she changed her mind. Another one of the girls loved a Nurse Pierce who was in Listowel at that time and she wanted to stay with her.

Agnes remembered staying with a relative in New York who had come from Ireland years earlier and Agnes was overwhelmed that that relative now had her own maid.  She remembered the maid was a Mrs.Foley and she couldn’t do enough for them while they stayed there. Her mother’s brother Jerry Mulvihill came to visit them while they were staying there and stayed the whole day.

Dan Browne went to New York to bring the family back to Chicago. She remembered the excitement of taking a taxi to the train station. It was her first time seeing a colored person. He was the taxi driver. She remembers seeing the Statue of Liberty as they were leaving New York on the train.

She loved the US from the minute she arrived, loved the whole family being back together, loved going to school here. She was put back a few classes but the nuns were “lovely” to everybody, a change I am sure from what they left in Ireland. She wrote an essay in school and won a prize for it. 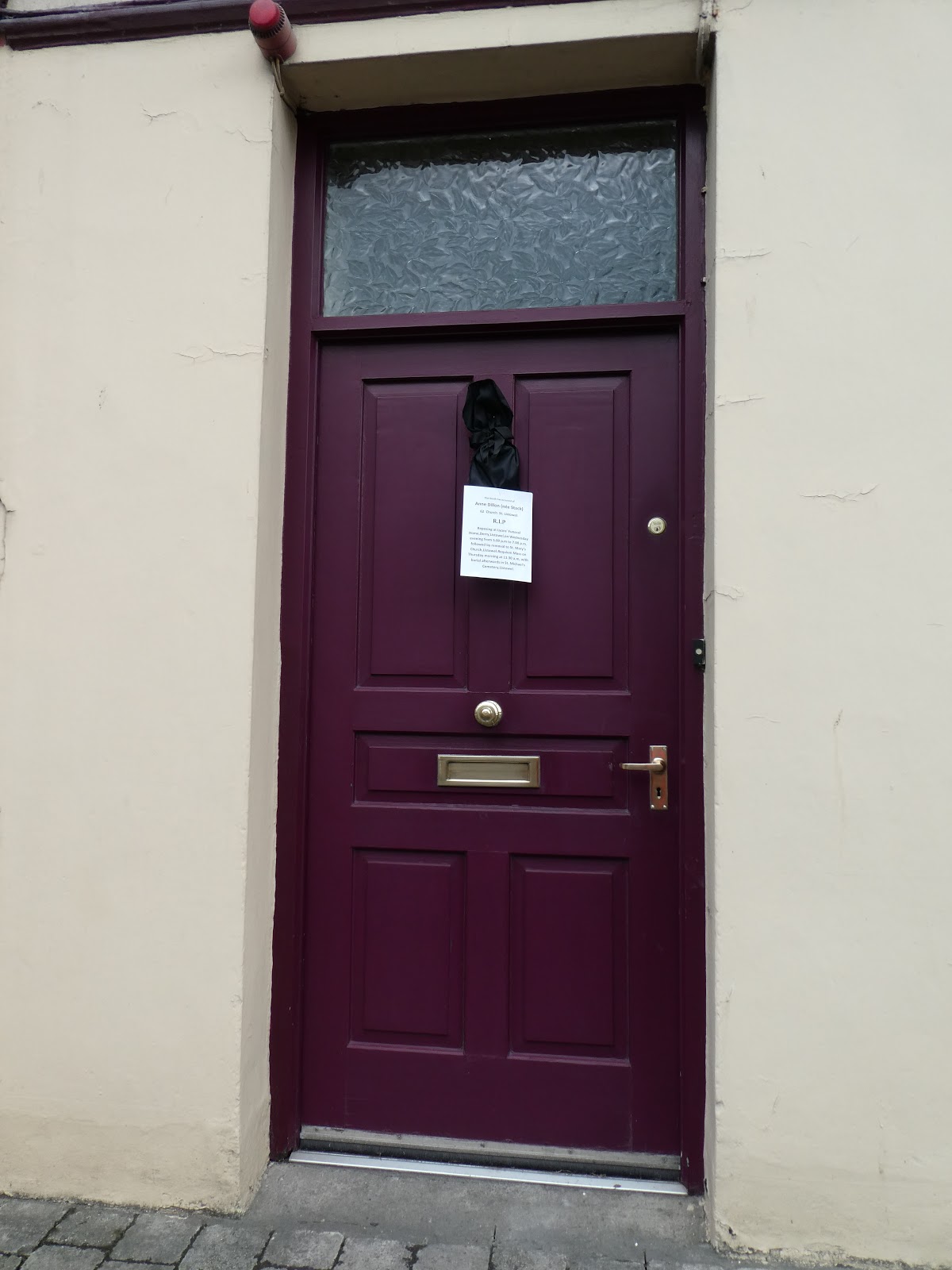 My lovely friend, Anne Dillon, would have liked this touch. It’s rarely now we see a black crepe on a door announcing a death and giving details of the funeral arrangements. In these days of R.I.P.ie and Radio Kerry death notices, Anne was still one for the old ways. She had a great respect for old customs.

Although she lived most of her life in town, Anne was a country woman at heart. She embodied the hard work ethic and neighbourliness of the country, She loved the old ways  and she had a great love of her home place, her family, her history and the Irish language. She was at her happiest at home in her own home with her beloved Liam.

Anne and Liam are two of the most hospitable people I have ever had the luck to have in my life. I worked beside Anne in Presentation Secondary School where we became firm friends. She was hugely supportive and understanding of me. She eased the burden of juggling a full time teaching job with a full time caring role for me in every way she could.

When we both retired, and especially after I lost Jim, Anne and Liam’s door was always open for me and I received the warmest of welcomes there always.

Anne was always stylish, dignified and caring. She bore her last illness with great fortitude  and patience. She was a loving mother and grandmother and a loyal and generous friend. I loved her dearly. 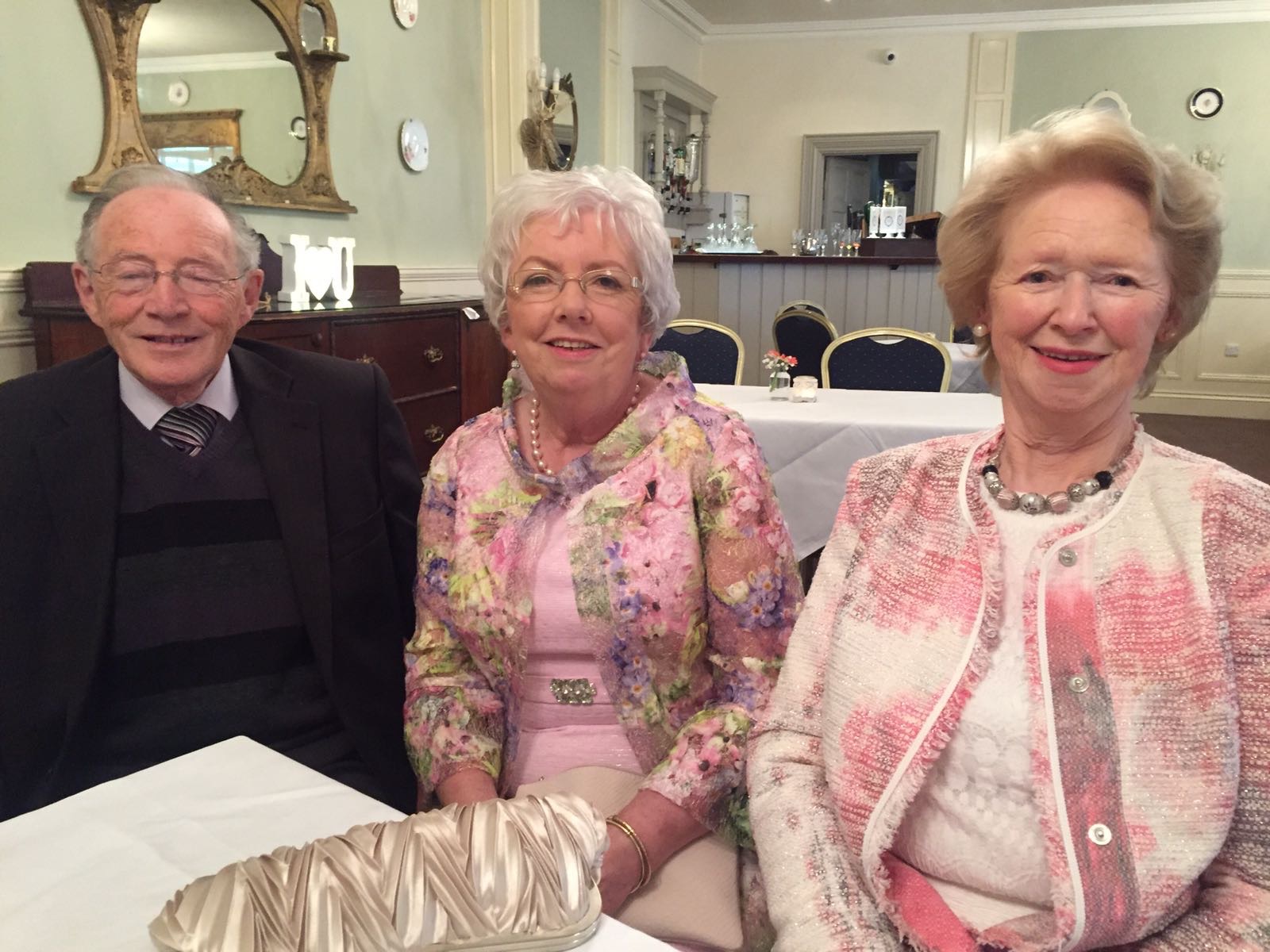