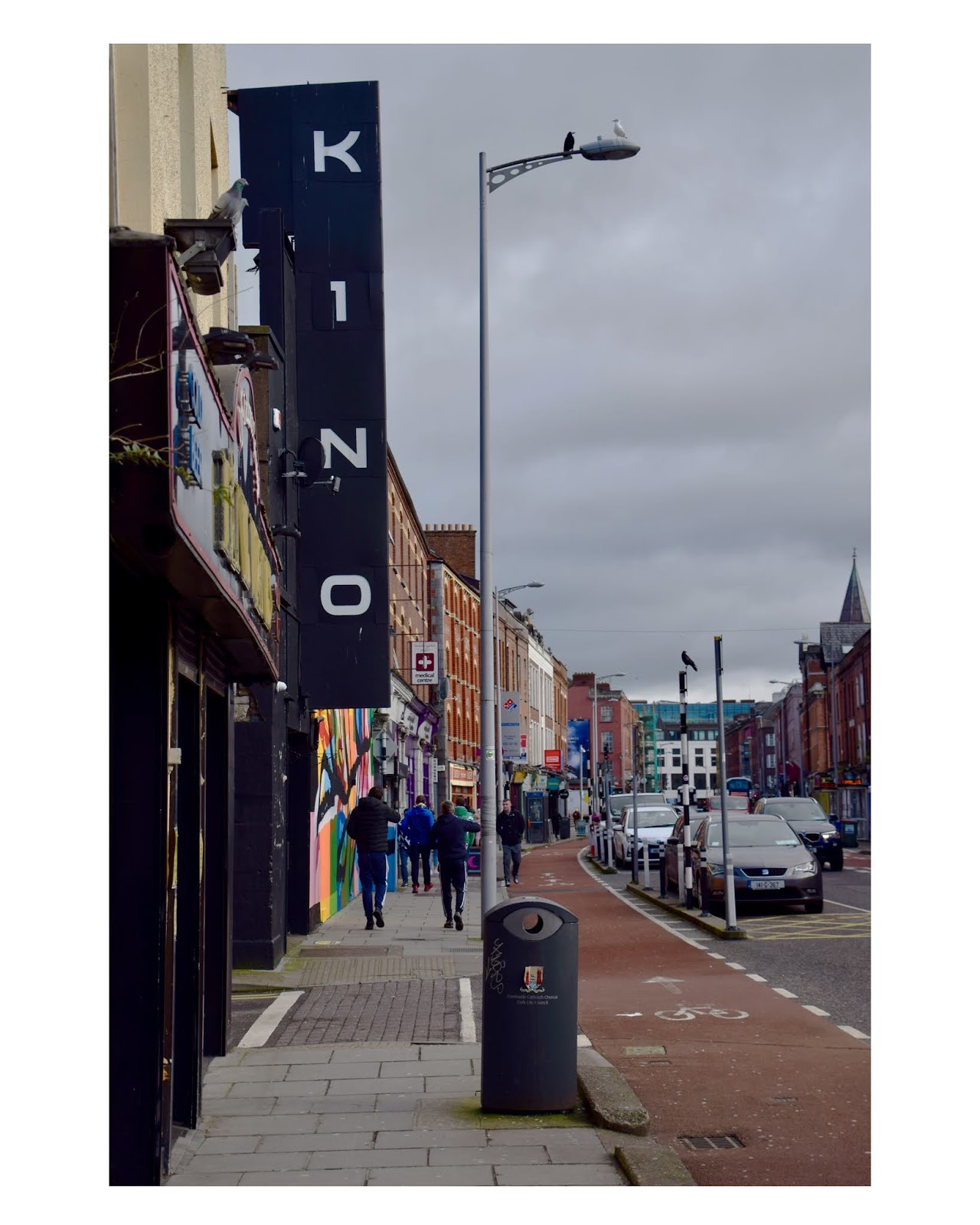 When the Catholic church didn’t perform marriages during Lent, all sorts of customs grew up aimed at shaming spinsters and bachelors who had not married before Ash Wednesday.

The first Sunday in Lent was Chalk Sunday when mischievous children were encouraged to nark a cross with chalk on the jacket of eligible but unmarried neighbours.

This is one of the many incidents of bullying and shaming that were part of Irish culture long before we ever heard of social media. 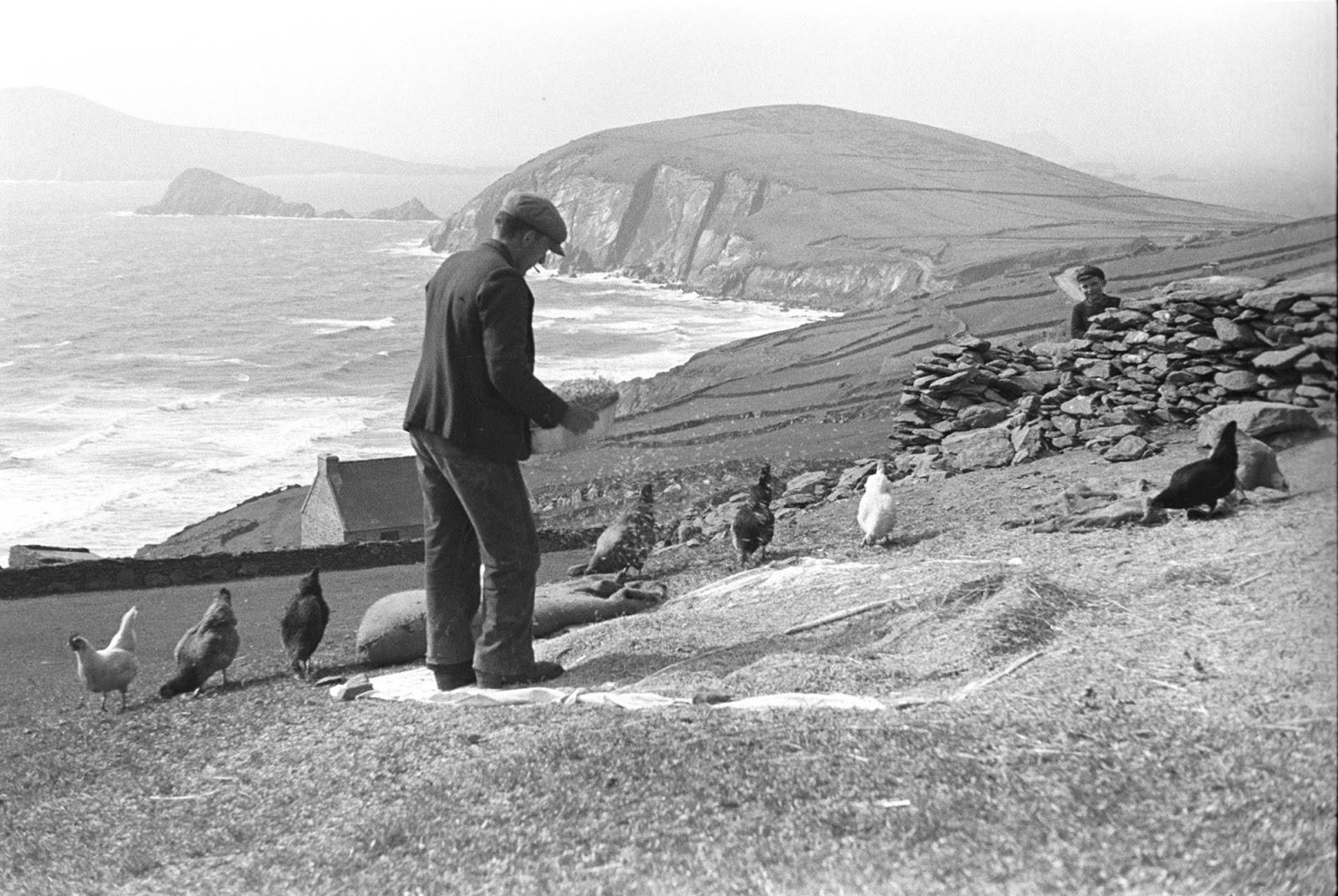 This is the caption on this photo in the Dúchas collection. I suspect the hens were not merely onlookers. Hens around grain are surely doing their own bit of winnowing.

{To winnow is to separate the grain from the chaff, usually by blowing air through a handful of it} 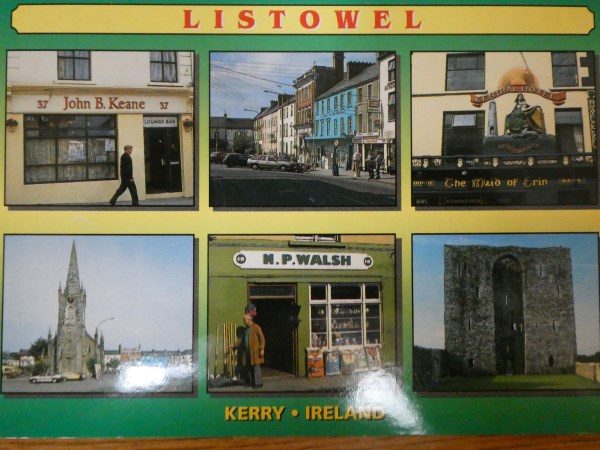 Oh the days of the Kerry Dances 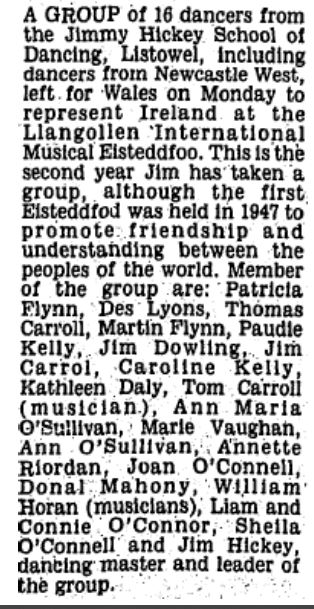 More on Street Names and Shebeens 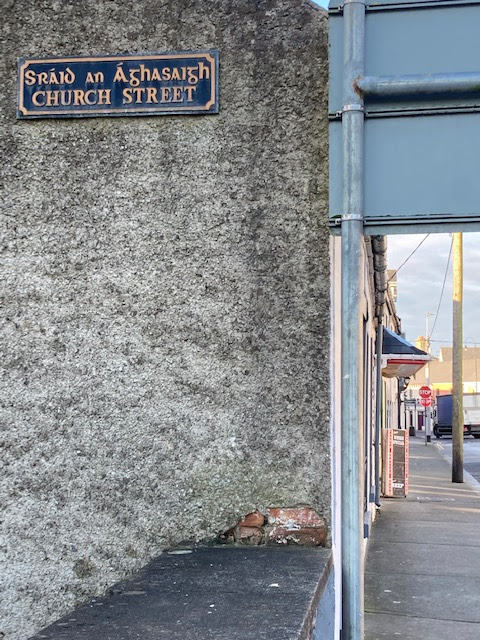 Denis Quille has written to us from Doha.

Good Morning Mary from a glorious day in Qatar.

On the 50th anniversary of the 1916 rising, there was an effort in Listowel to de-anglicise the street names. Church St. was to become Ashe St. after Thomas Ashe. It caught on for a while but the old English names re-emerged. Some of the Irish names remain. To my knowledge, the only one that succeeded was Colbert St., after Con Colbert from Athea. Older people from the town of which I am now one would have referred to this street as Forge Lane. There was a niece of Thomas Ashe living in Church St., she was married to Dr. Toddy Walsh but I doubt if that had anything to do with the choice of Ashe in renaming Church St. They lived next door to a chemist, Connie Keane, whose wall featured in your blog within the past few days.

On the word ‘shebeen’, this word is used extensively within English-speaking Southern African countries chiefly in the townships. These are illegal but very prevalent in these areas. What is mostly drunk in these establishments is a beer called Chibuku, made from sorghum, this has a consistency of watery porridge. For many, this is their chosen source of daily nourishment and by the look of many patrons, there would seem to be some truth in the qualities they advocate of this refreshment. In many places this drink is delivered to the shebeens by tanker, noticeable by the froth spilling out over the tanker on to the roads from the vents. Well worth a visit to one of these places once a person knows where they are going.

In Memory of a Friend 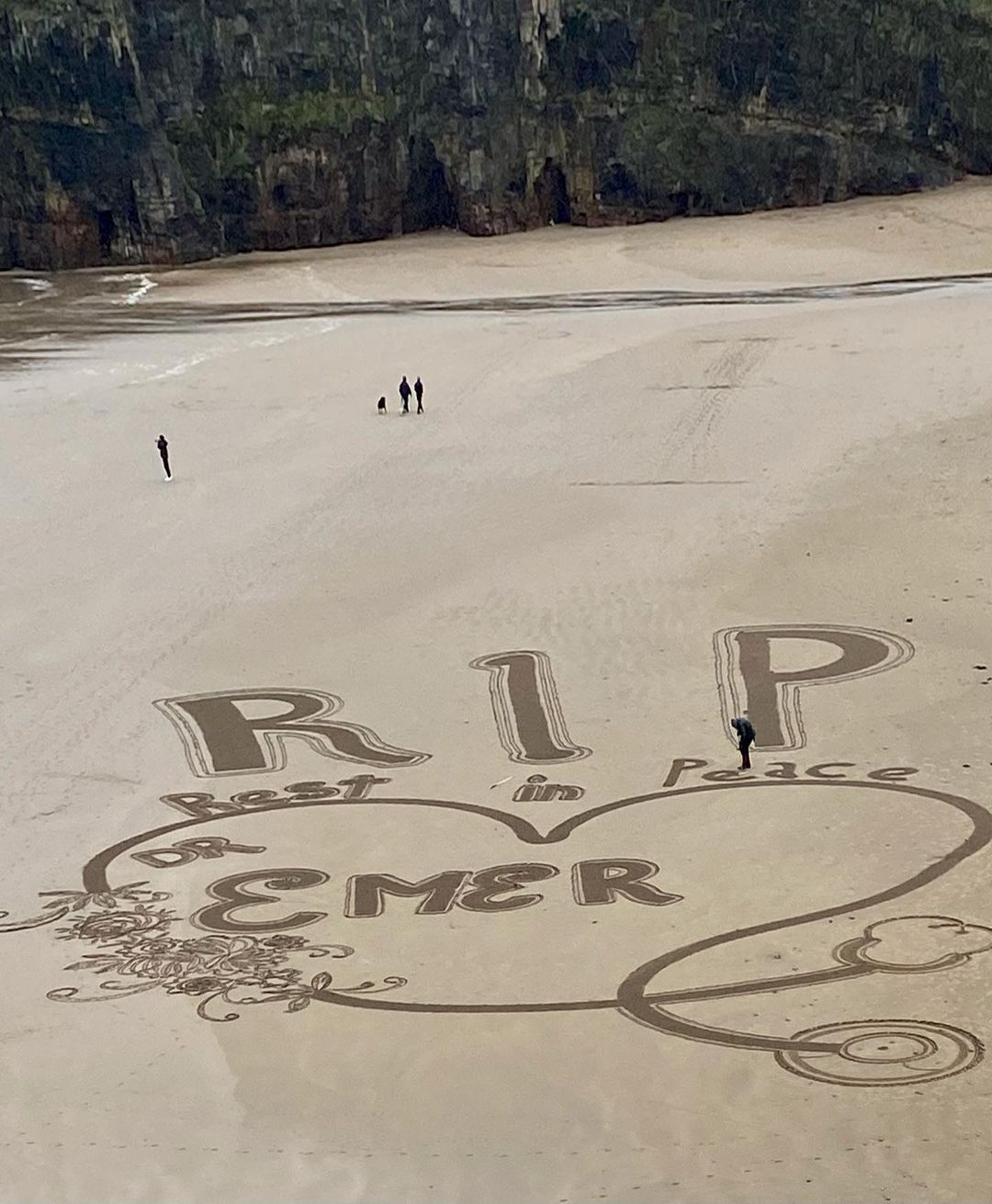 Ballybunion beach on Saturday Feb. 20 2021 had this lovely artistic tribute to the late Dr. Emer Holohan, wife of Dr. Tony and friend of Ballybunion.