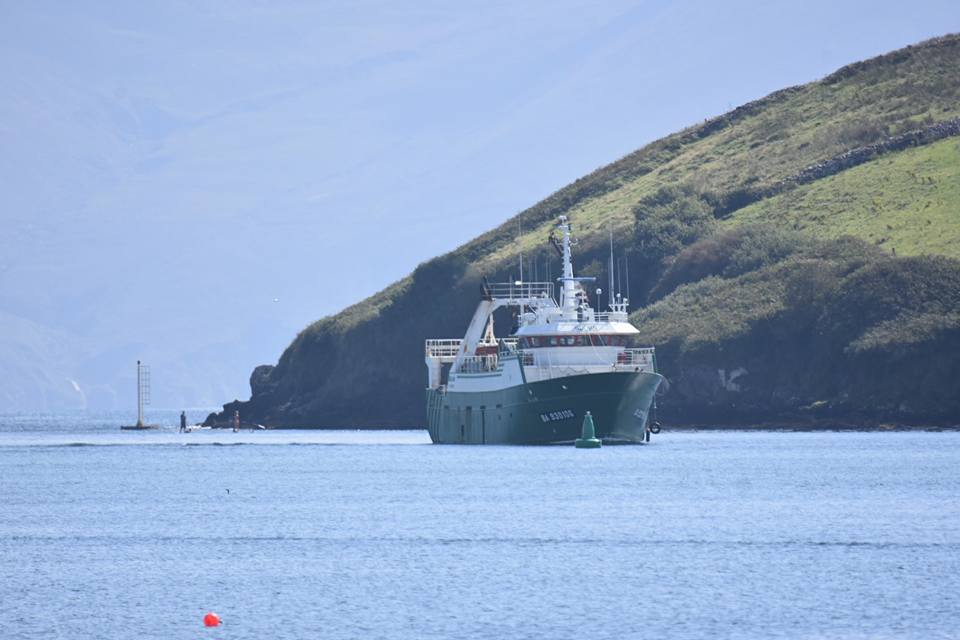 A Poem from The Trenches of WW1 is uncovered

This photo and story is from The Irish Post 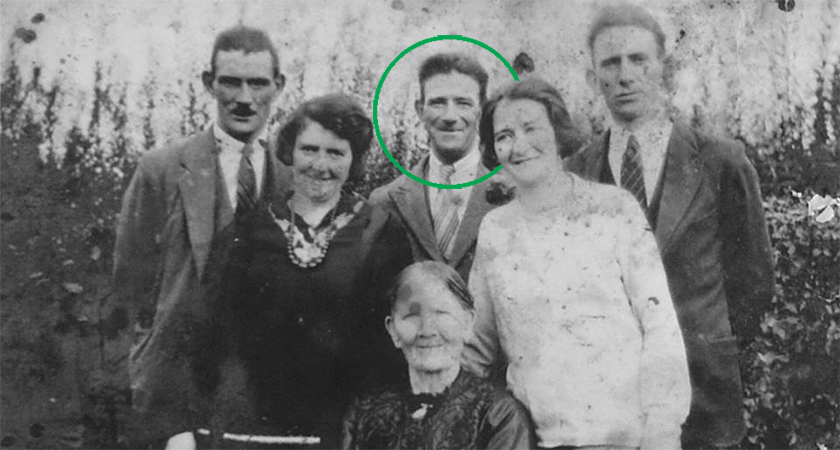 The photograph was taken at Cornelius’ home at 40 Shannon Street in Bandon after his return from the war.

It shows the O’Mahoney family posing for the camera in front of their humble Co. Cork home – their graceful mother sat wearing a smile, exuding pride.

A MOVING poem written
by an Irish soldier during World War One has been unearthed in an attic in
Britain over a century on.

Peter ‘Derry’ McCarron was
clearing the house of his late mother in Kendal, Cumbria when he discovered the
poem within a stack of old documents.

The verses were written by his
great-uncle Cornelius O’Mahoney, who was born at 40 Shannon St (now Oliver
Plunkett St) in Bandon, Co. Cork in 1889.

Cornelius was 26 when he fought
in the Dardanelles, Turkey in 1915 for the 1stRoyal Munster
Fusiliers – who lost over a third of their regiment during the Great War.

His beautiful poem – titled
simply ‘The Royal Munster Fusiliers’ – was dedicated to the “memory of our dear
comrades who died in Seddul-Bahr, April 25 1915.” It reads:

Yet their memory shall cherish

Our brave boys who perished

And crossed over the bar

In the highest of spirits they

Went through the Dardanelles

And scattered their rifles

Not knowing their days

On this Earth they were numbered

Shot down in their gloom

And the pride of their manhood

But God’s will be done

’Tis the fortune of war

With no fond mother’s words

To console their last moments

Far, far from their homesteads

Tho’ their graves they are cold

Yet their presence is missed

From the ranks of the Munsters

Our heroes who slumber

Following the Royal Munster
Fusiliers’ disastrous campaign in the Dardanelles, Cornelius O’Mahoney’s unit
was redeployed to the Western Front after a humiliating retreat.

“It was a case of out of the
frying pan and into the fire,” Derry, who was delighted to discover his
great-uncle’s moving stanzas so many years on, told The Irish Post.

“Cornelius thankfully survived
the Western Front and most of his family went to England after the warFollowing
the Irish War of Indepencence, the Irish Civil War and establishment of the
independent Irish Free State in 1922, The Royal Munster Fusiliers were
disbanded.

On June 12 of that year, five
regimental Colours were laid up in a ceremony at St George’s Hall, Windsor
Castle in the presence of HM King George V.

Nevertheless, the regiment chose
to have its standard remain in St. Patrick’s Cathedral, Dublin.

The Royal Munsters won three
Victoria Crosses in total during the Great War.

“Cornelius died in Shanakiel, Co.
Cork in the late 1950s. His youngest son John Joe stayed in Bandon and died
only around 15 years ago,” Derry said.

He added: “I found his poem among
old documents when we cleared my mother’s house in Cumbria. It was a beautiful
surprise.”

Derry kindly provided The
Irish Post with a picture of a young Cornelius with his mother, two
brothers, and two sisters taken almost a century ago.

He who loves himself will never be short of admirers 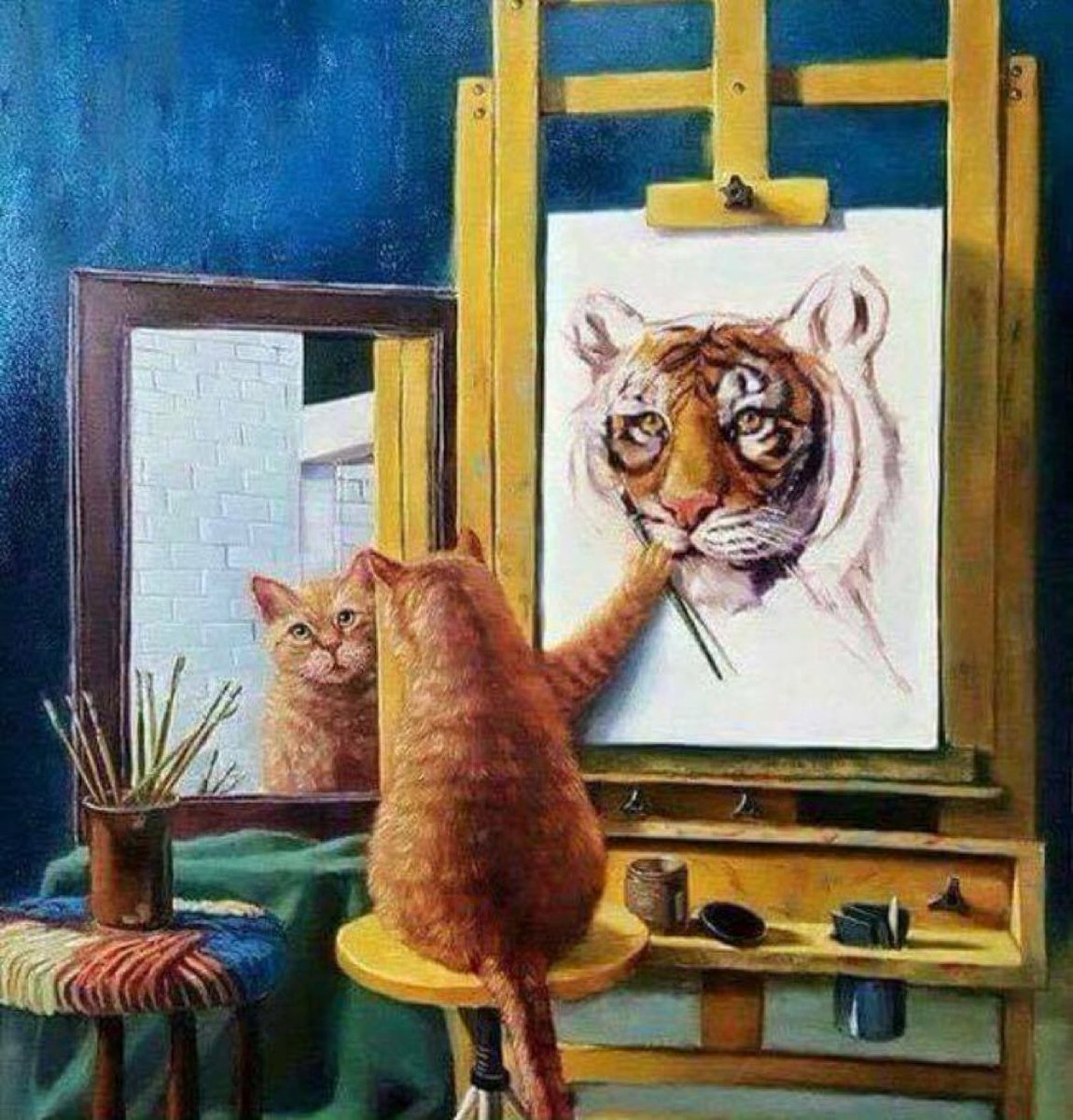 Picture shared by Banksy on Twitter. Words of wisdom from an old sage. 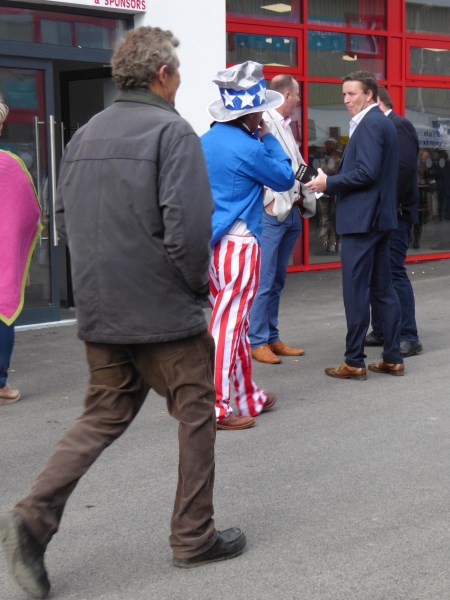 I spotted Yankee Doodle making his way among the crowd. 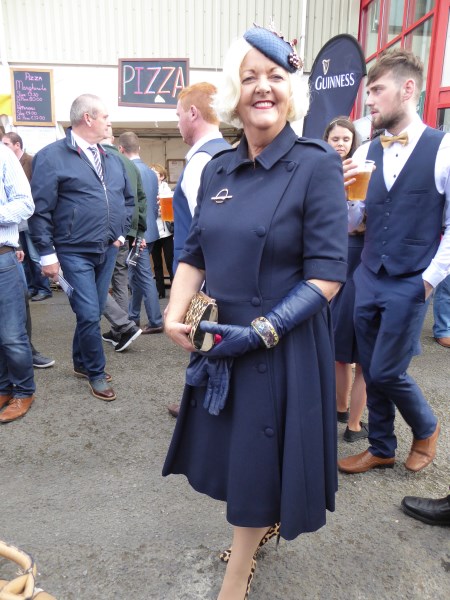 Mary O’Halloran can be depended on to look stylish and beautifully co ordinated and groomed. 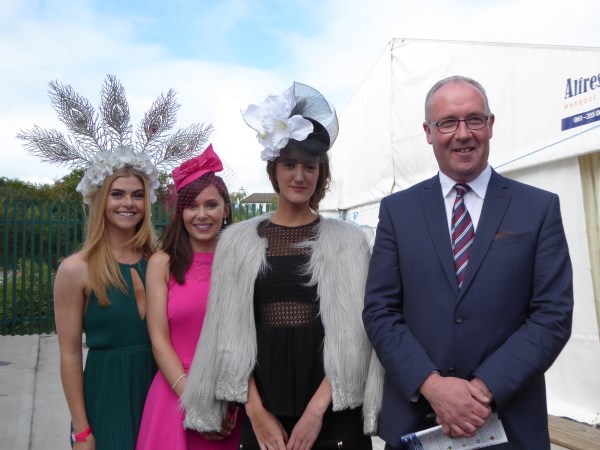 Our own Donal Lynch with some well dressed contenders. 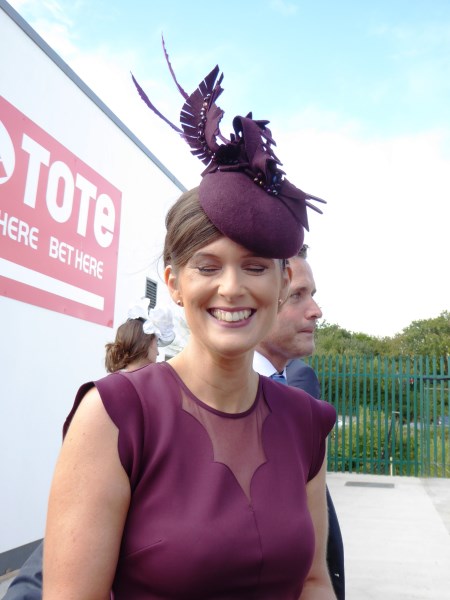 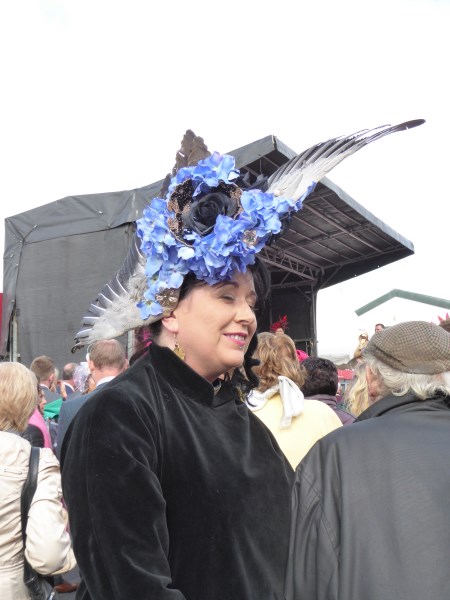 This lady had half a bird on her head for the jazzy hat competition. 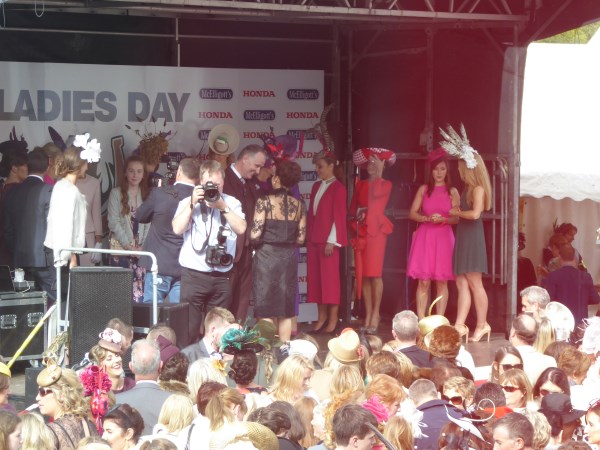 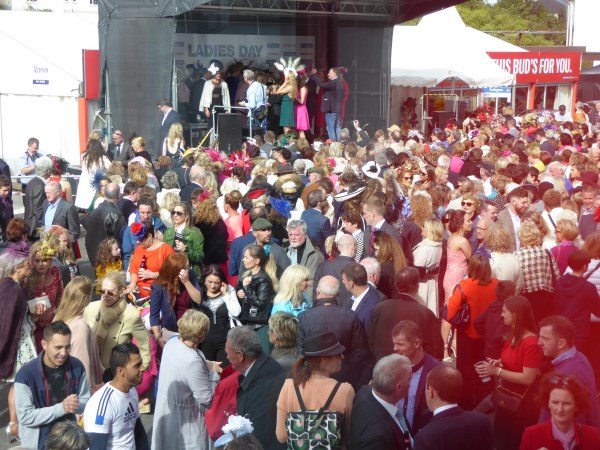 The style on the stage was matched by the style in the audience. 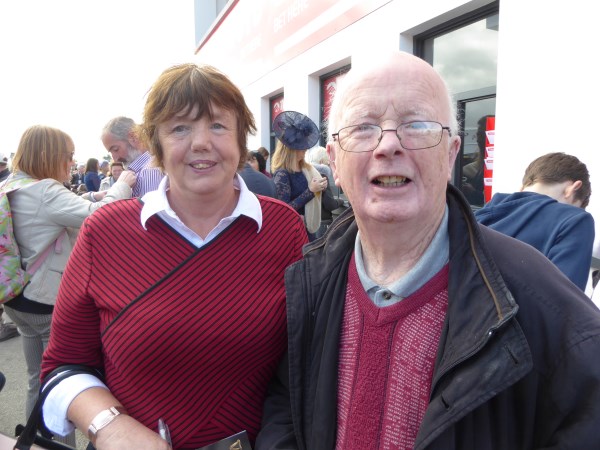 Junior met an old friend at The Races 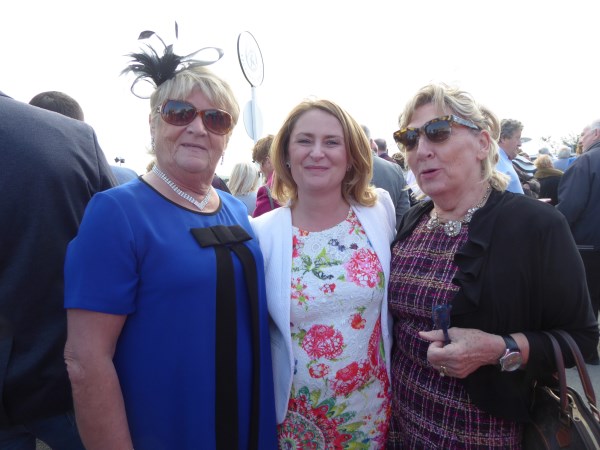 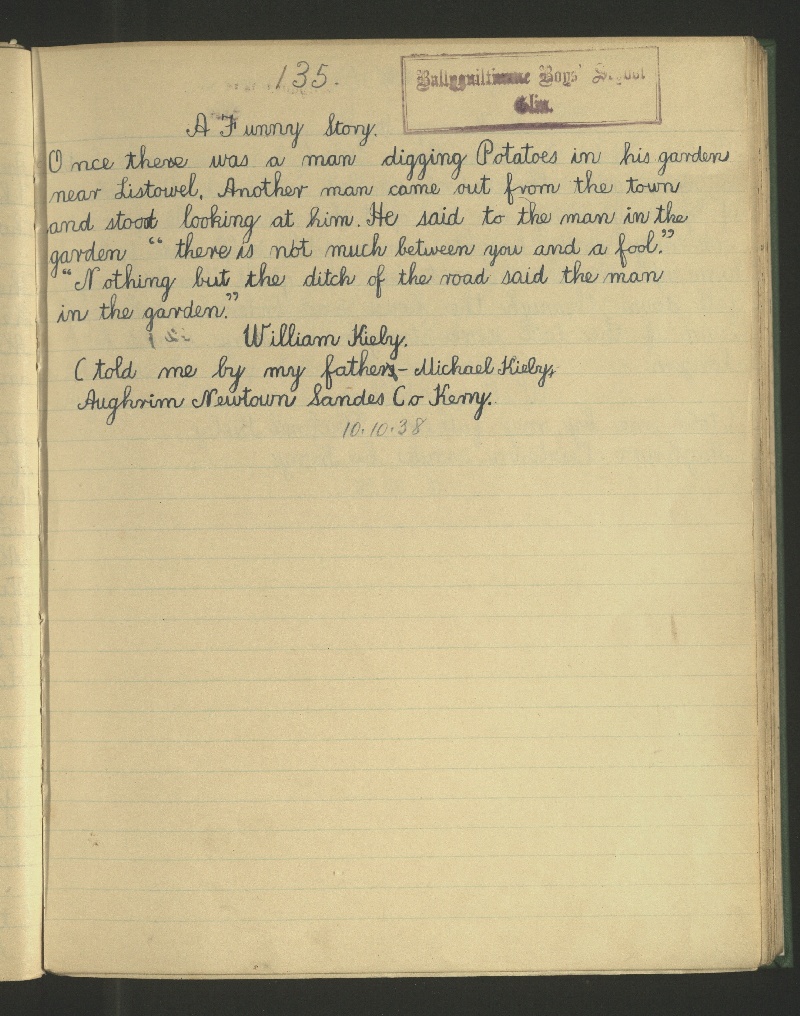 This great story was recorded in 1938 by a Moyvane lad, William Kiely.

I was not in town for Culture Night this year. I was in Tralee. I’ll tell you about that tomorrow. But I have curated a collection of photos from Facebook, describing the great night I missed.

Listowel Writers’ Week took a leading role in Culture Night activities of Friday September 22 2017. They organised Poetry in Locomotion in collaboration with the Lartigue Monorail and they held the Listowel launch of Fergal Keane’s book of love and war in The Listowel Arms.

Other events for Culture Night were held in St. John’s and The Seanchaí.  Finuge held its own very popular event. All in all, l a great night! I won’t miss it next year. 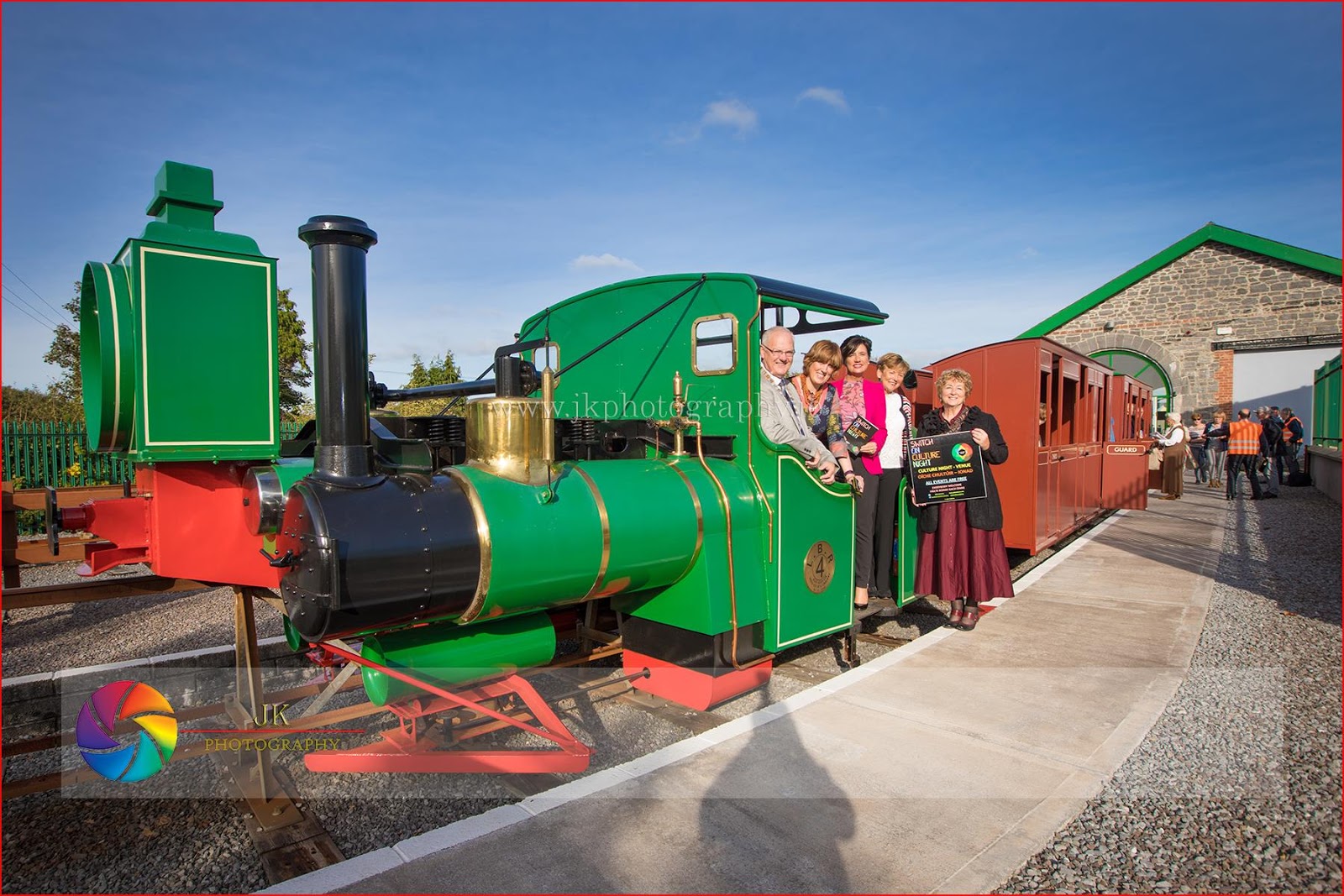 The watermarked photos are by John Kelliher. The others were taken by Máire Logue. 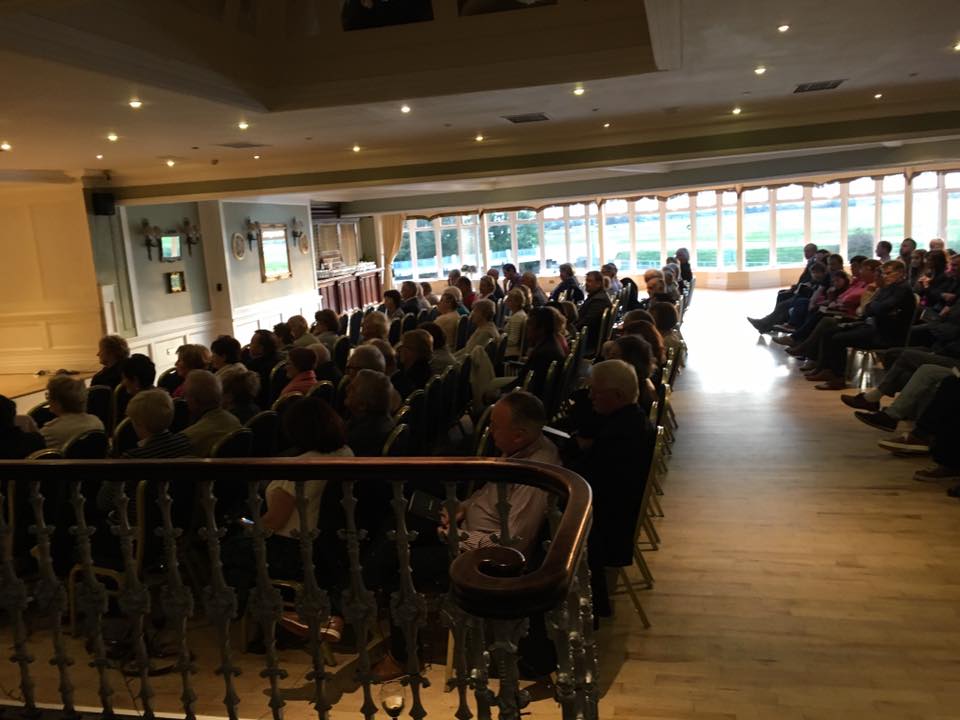 Audience for Fergal Keane’s launch of his new book, Wounds 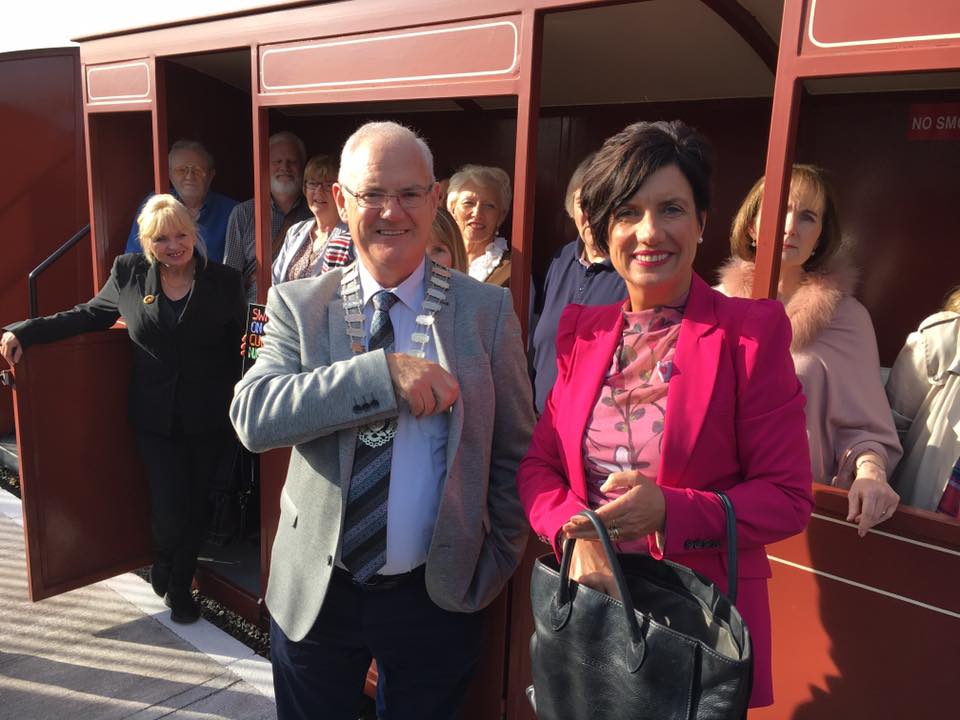 Invited dignitaries for Poetry in Locomotion 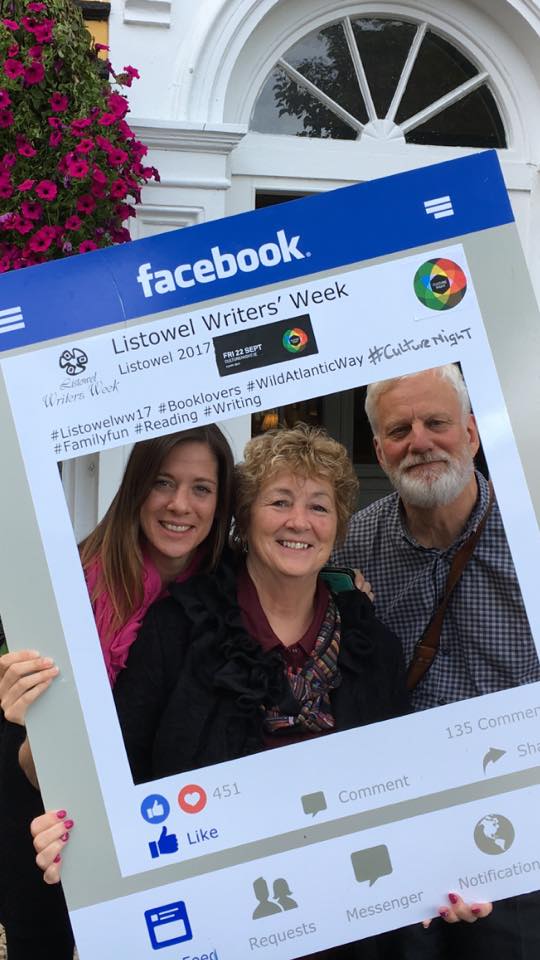 Meanwhile in Finuge the audience gathered to watch themselves and their neighbours in old archive films. 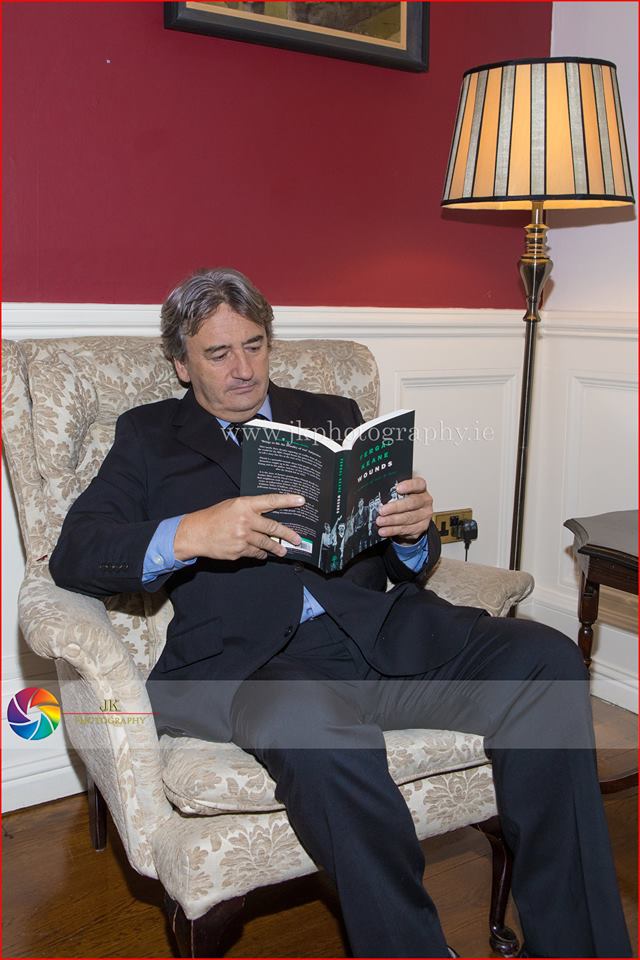 Last minute preparations before he releases his book to a very appreciative audience. 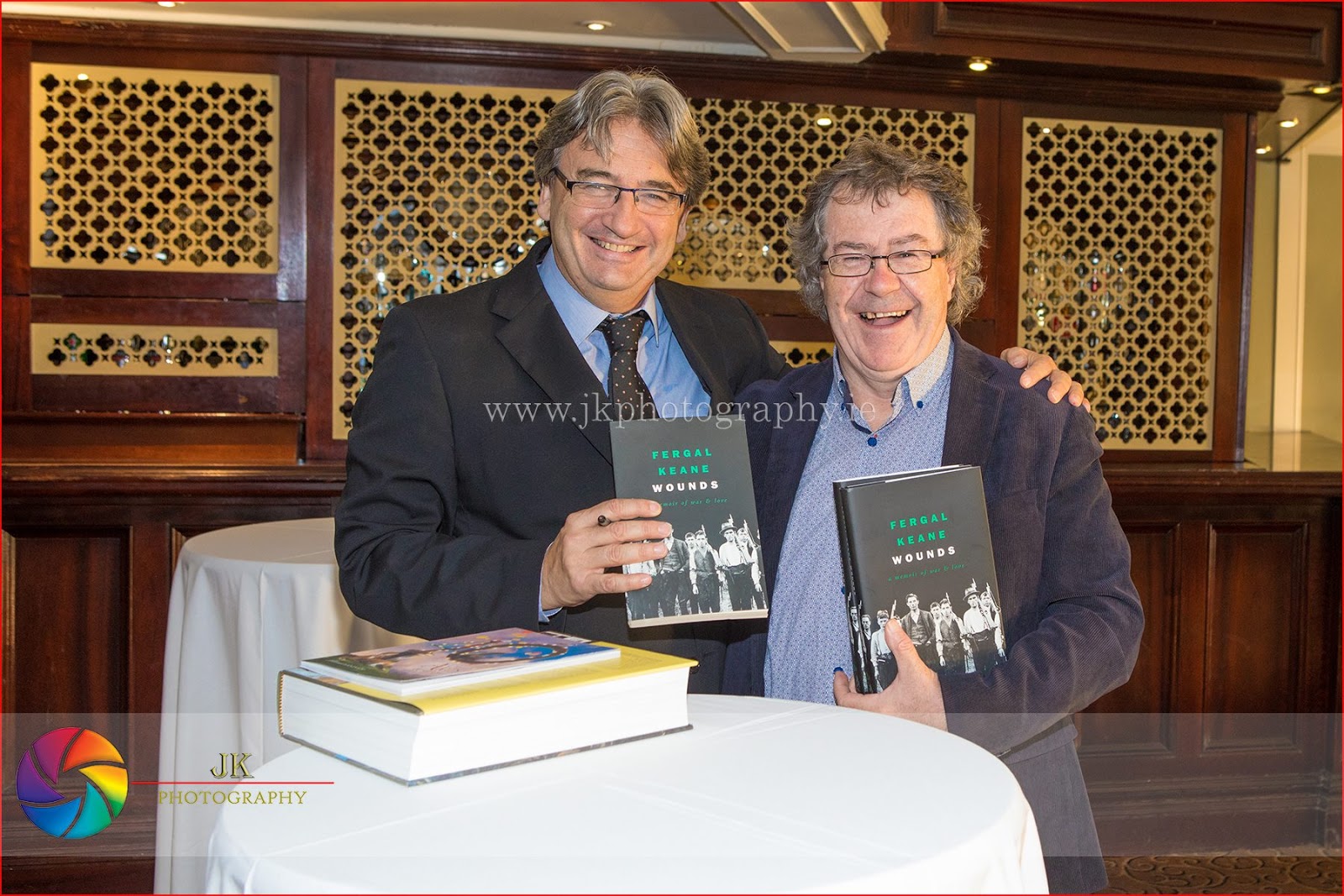 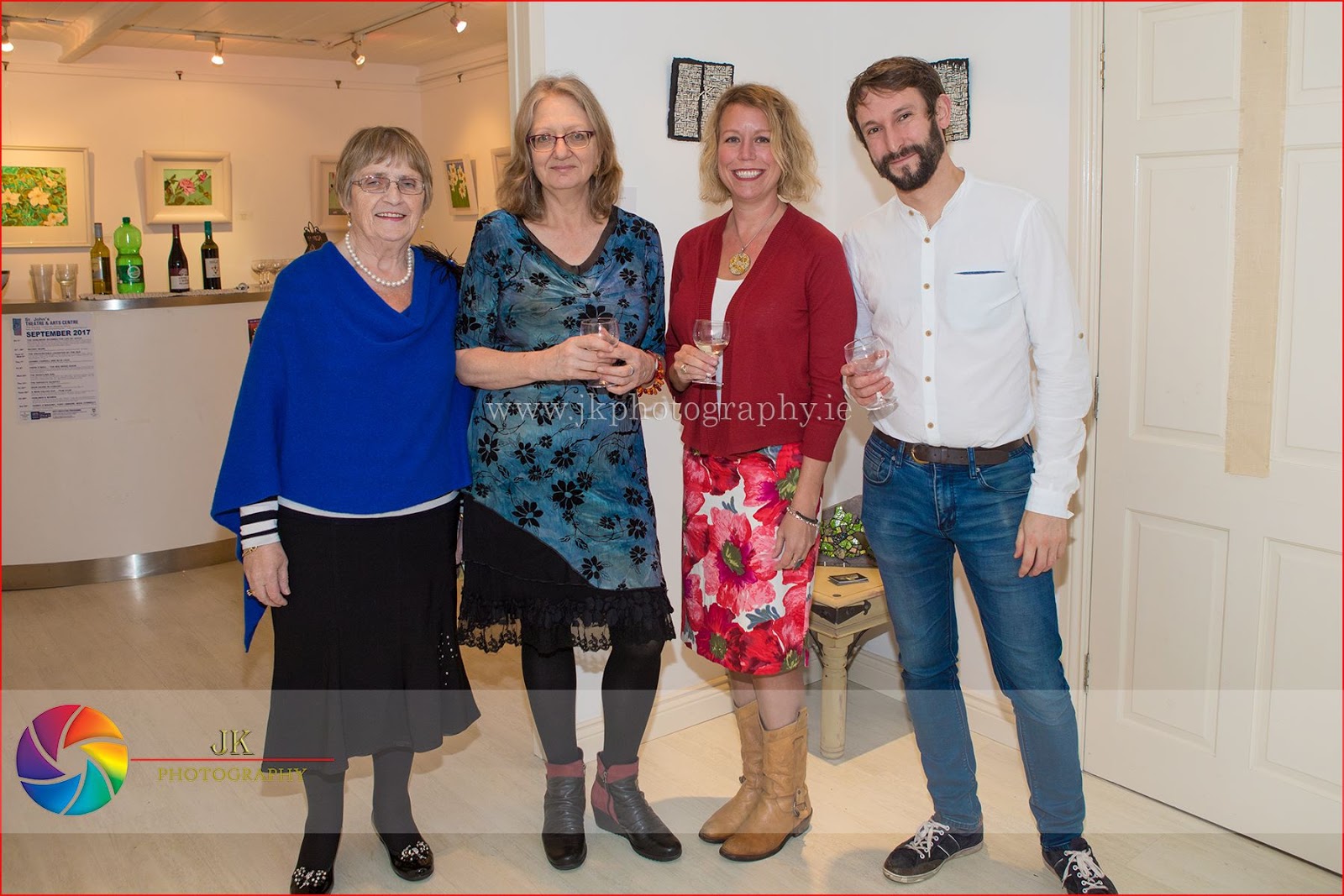 Holding the fort while Olive is in Paris 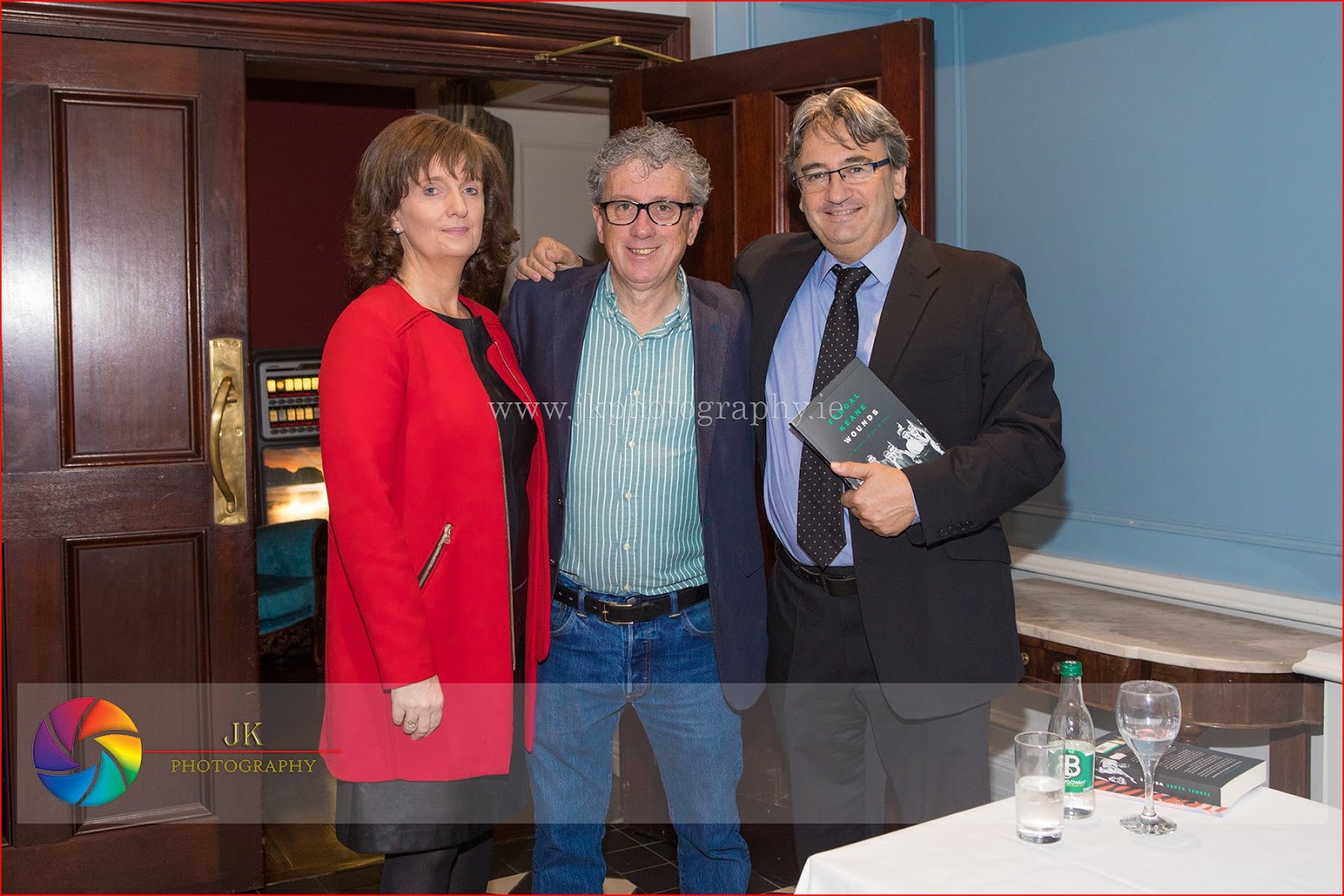 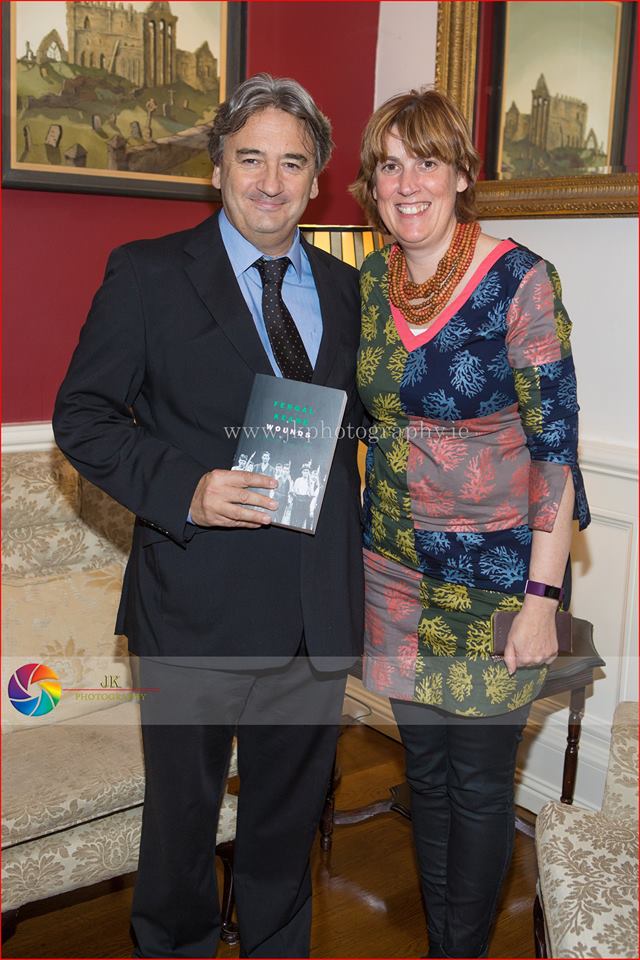 Fergal Keane with the best organiser of a literary event, Máire Logue of Listowel Writers’ Week 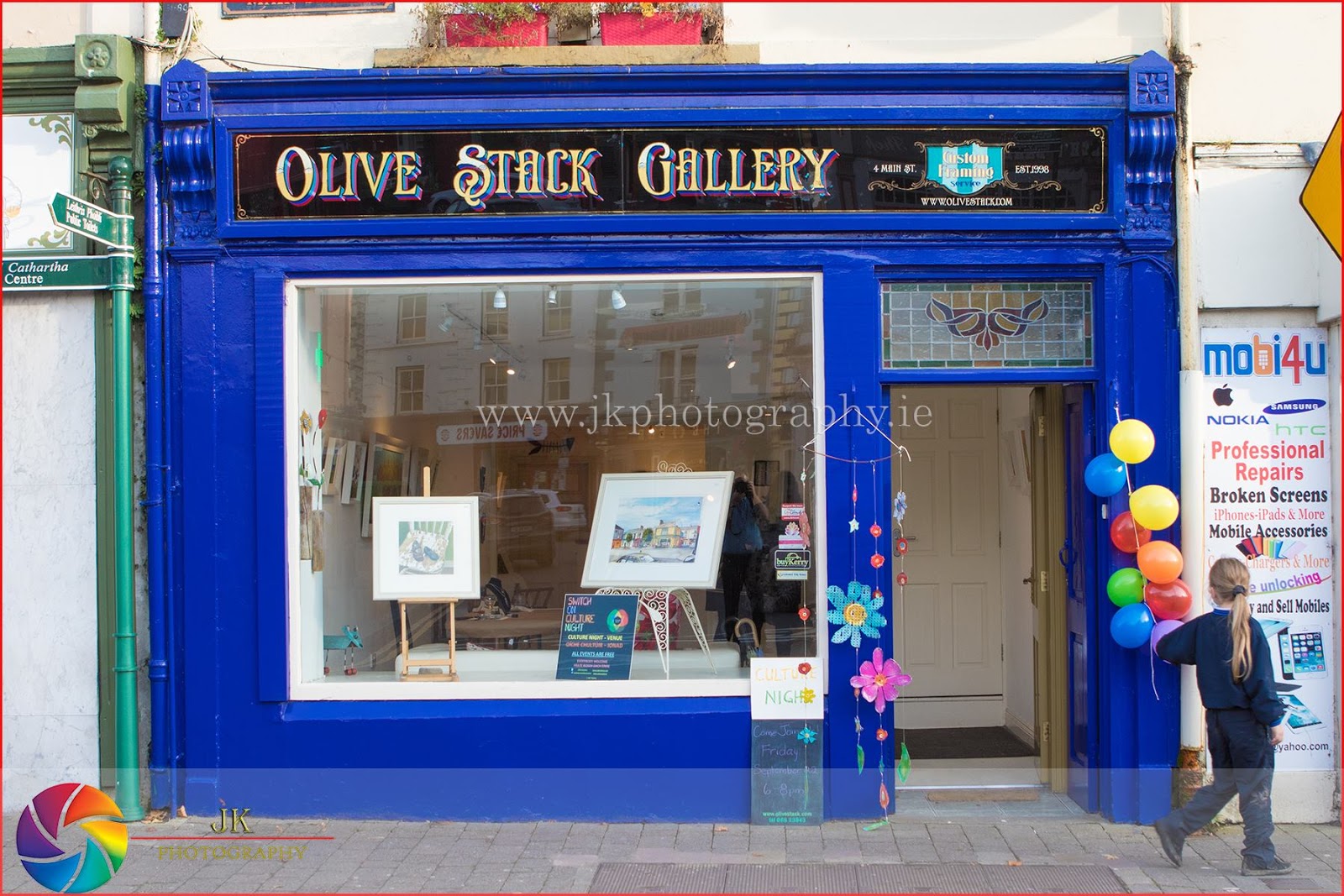 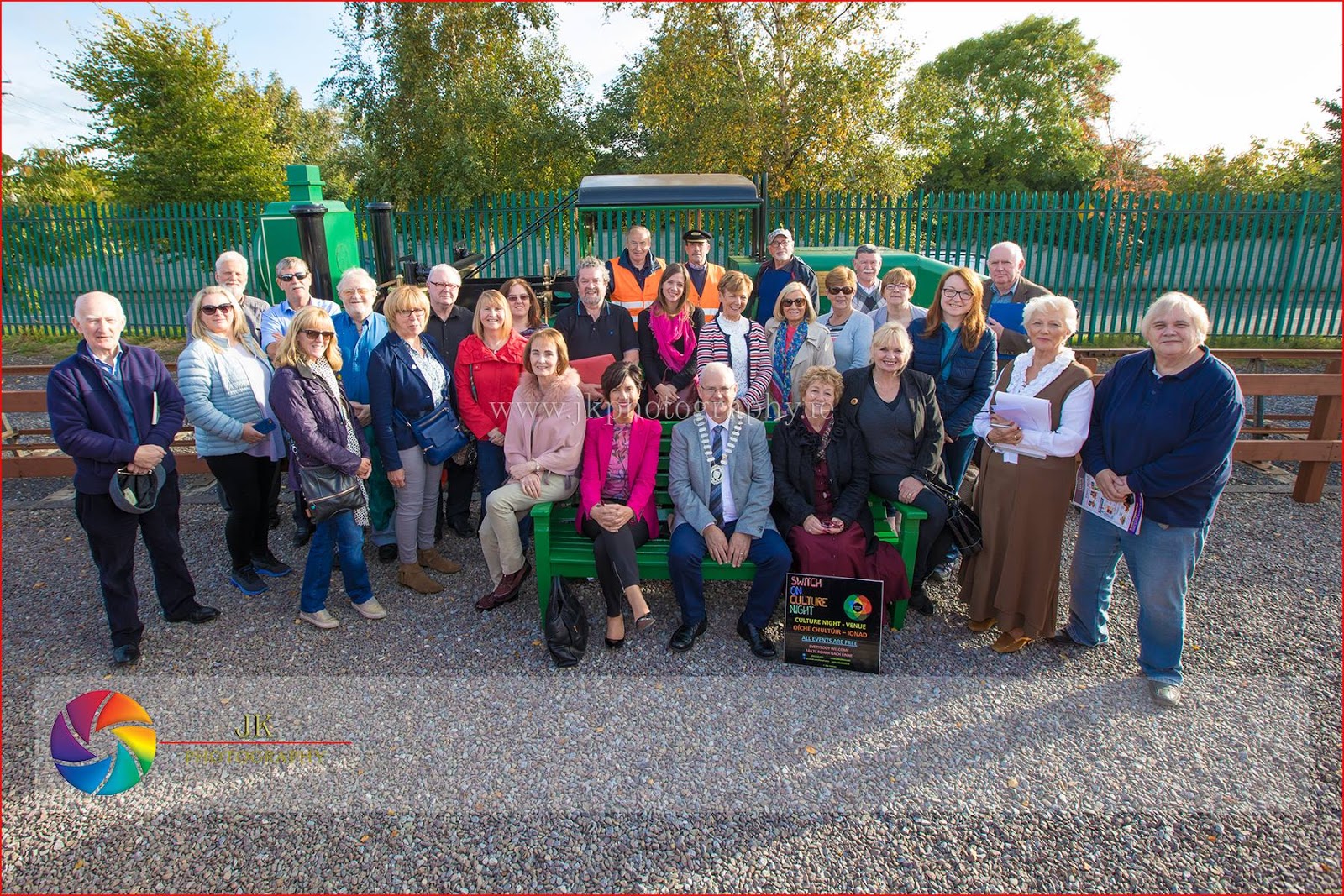 Poets and poetry lovers at The Lartigue 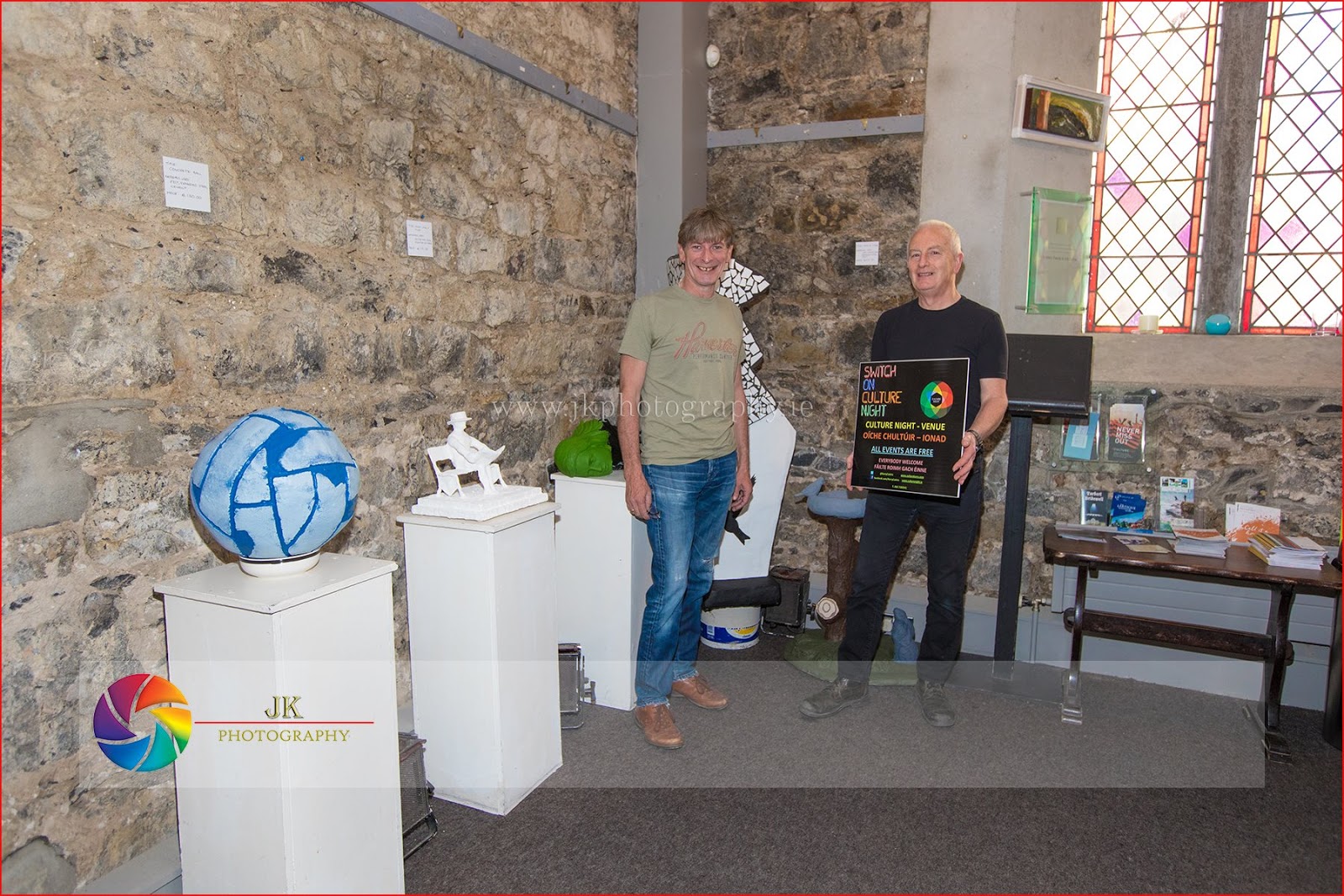 Meanwhile across the square in St. John’s, Vicar Joe was hosting a sell out concert with Sean Keane 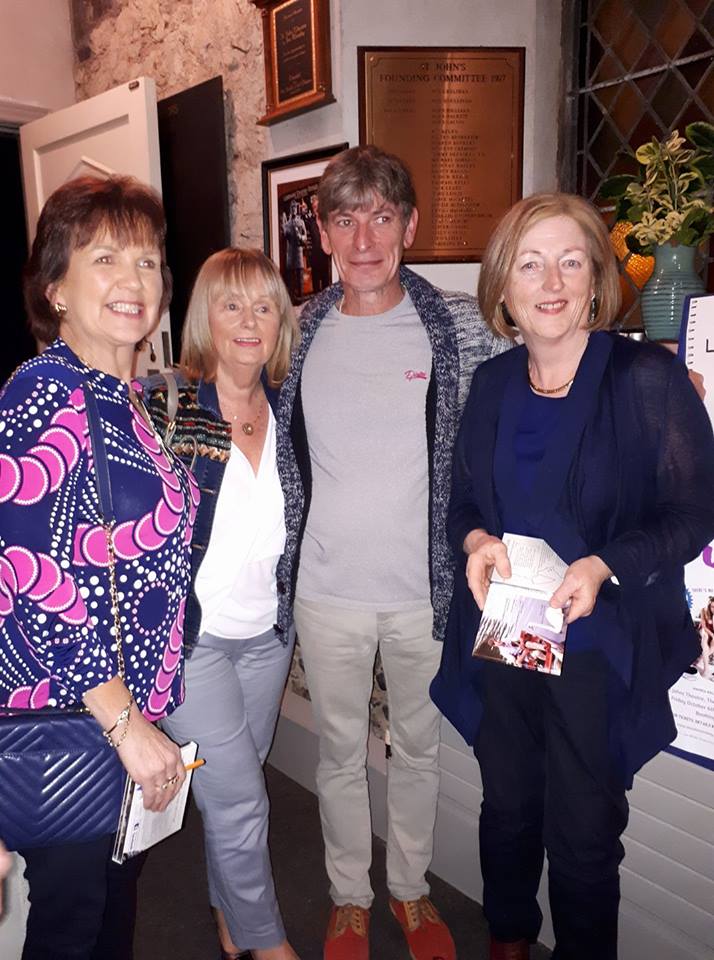 Seán Keane fans enjoyed a great night. They are already looking forward to his return. 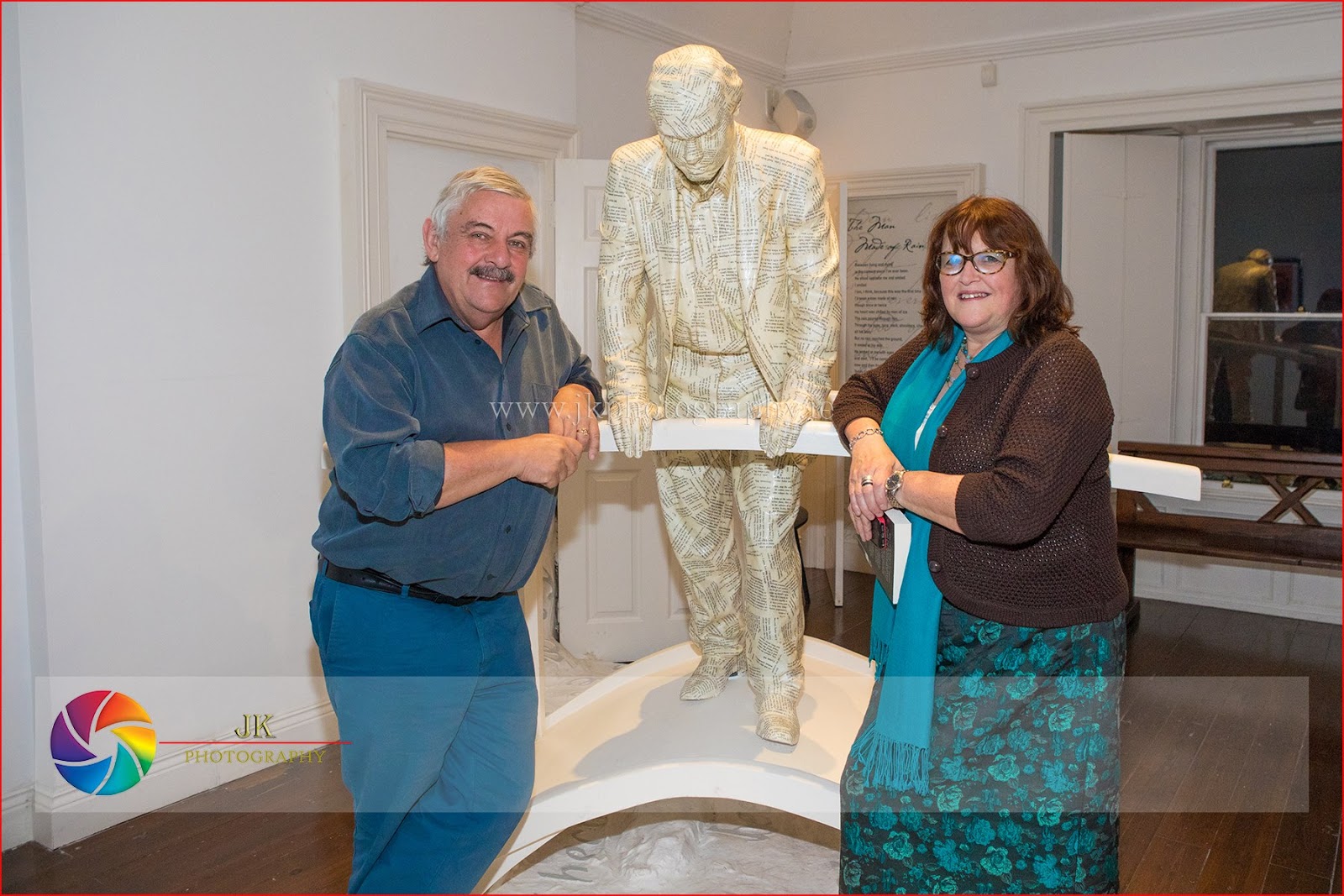 Meanwhile in The Seanchaí….. 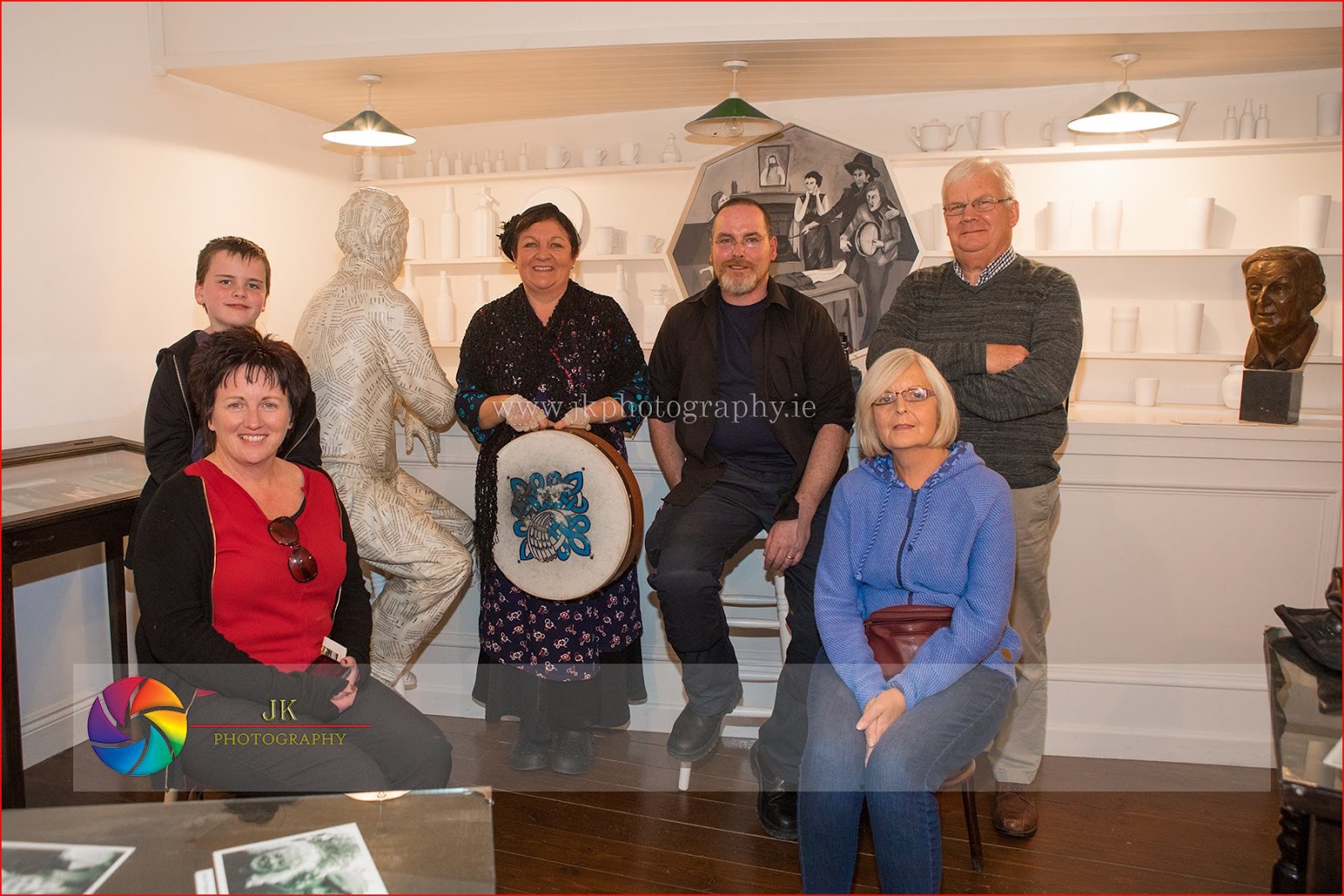 The Hahah, Killarney, pensions in Australia and more from Ladies Day 2017