Tag: A Daughter from over the Water 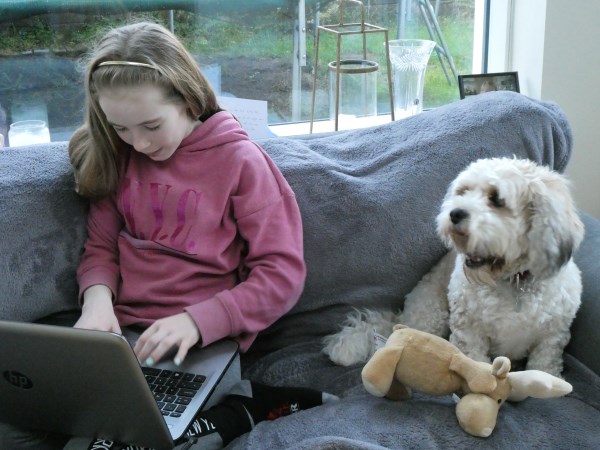 I haven’t given an update on Molly for a while. Here she is in her happy place with her Christmas toy. She has been to the groomers since and is looking even more handsome these days.

I was in Macroom, Co Cork

Last week I met a friend in Macroom for lunch. We ate in Granville’s and it was lovely, good food, friendly staff and cozy dining room.

I parked in the square just opposite this well named premises. It is truly a golden treasure, a throwback to the days of my childhood. 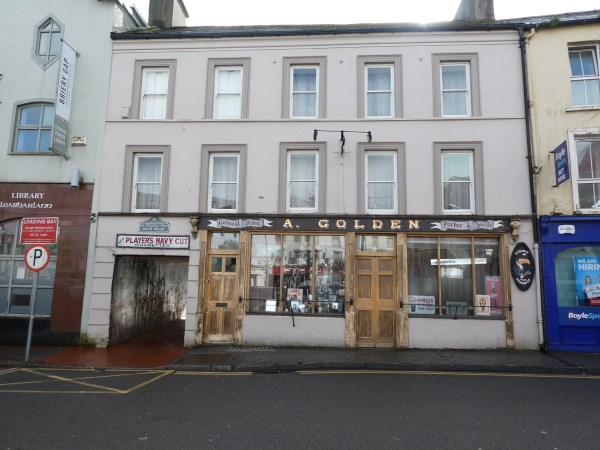 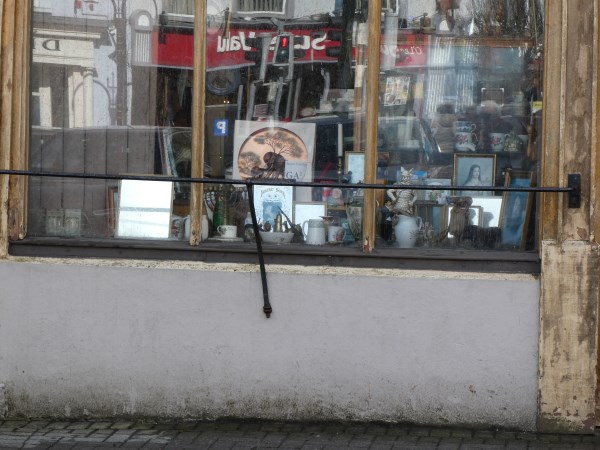 Once upon a time many shops had bars like these fitted outside their windows. This was in the days when fairs were held on the streets and shopkeepers needed to protect their very expensive plate glass. It’s lovely to see this one still in place. 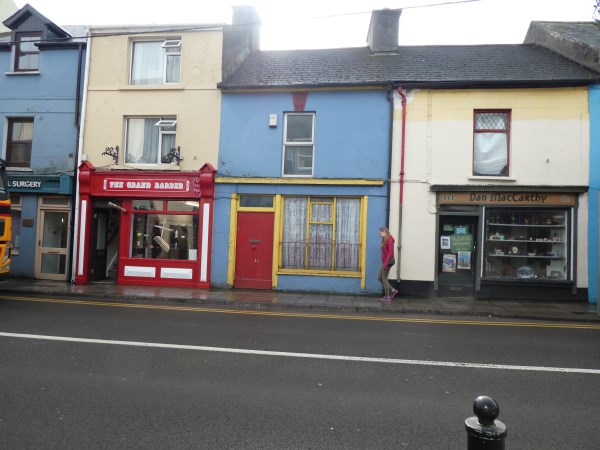 Further down the street in this blue and yellow shop there was another of these fair day protectors. This one was removable but seems to be being left up permanently here. 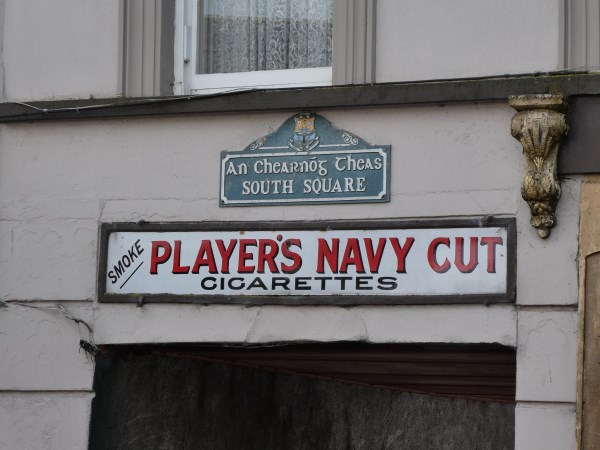 Back to Golden’s and it’s old advertising hoardings… This one exhorts us to smoke a brand of cigarettes no longer available. 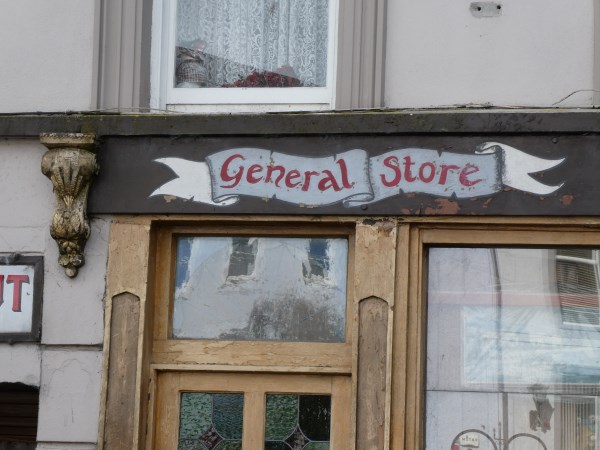 This place was certainly a general store, a virtual cornucopia judging by the goods displayed in the windows. 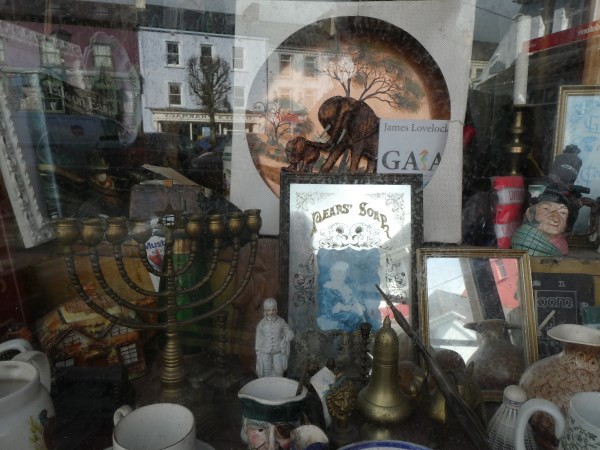 Among the mirrors and jugs was a jewish menorah and some various christian imagery. 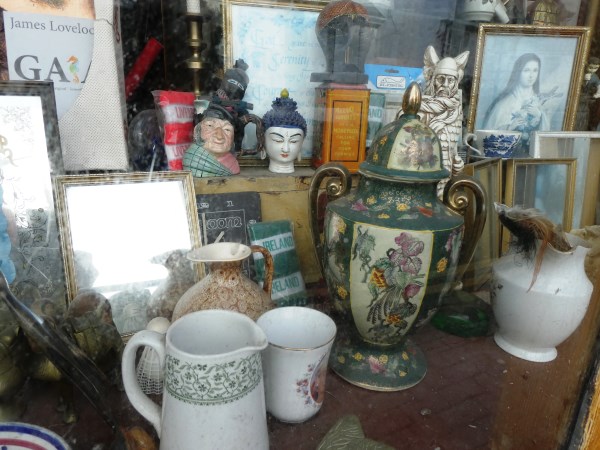 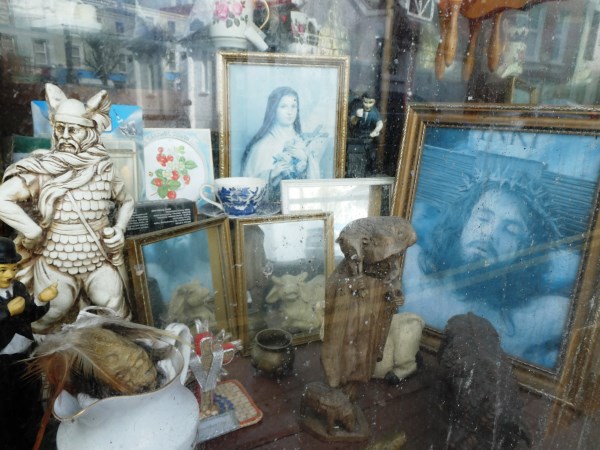 It was not clear to me if these items were for sale or merely for decoration. 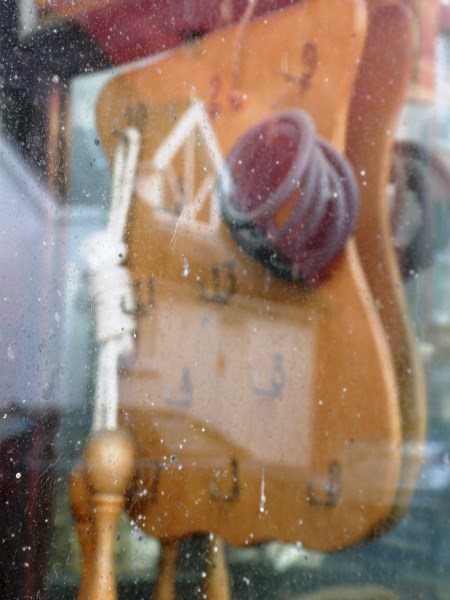 I was fascinated to see an old fashioned ring board and a skipping rope. 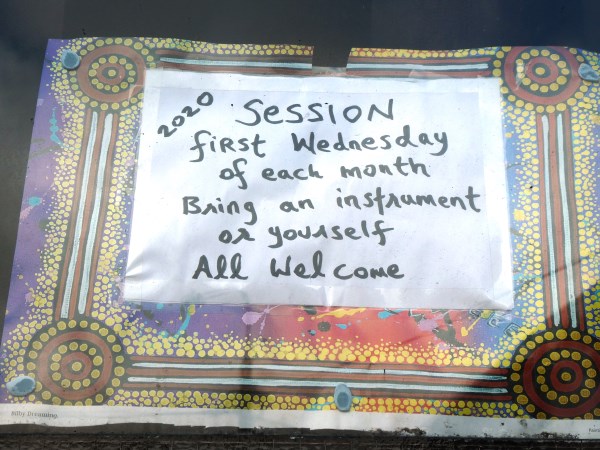 The sign inviting musicians to the monthly sessions had been updated since I was last here. 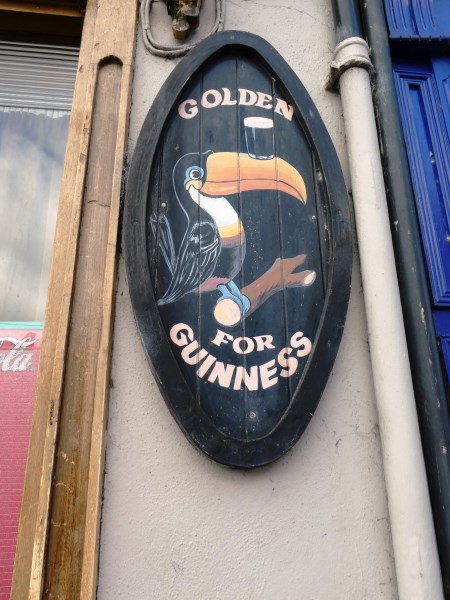 The Guinness toucan was on the wall and in the window was the old Guinness advertising slogan; Guinness is Good for You.  Are we allowed to make unsubstantiated claims like that nowadays? 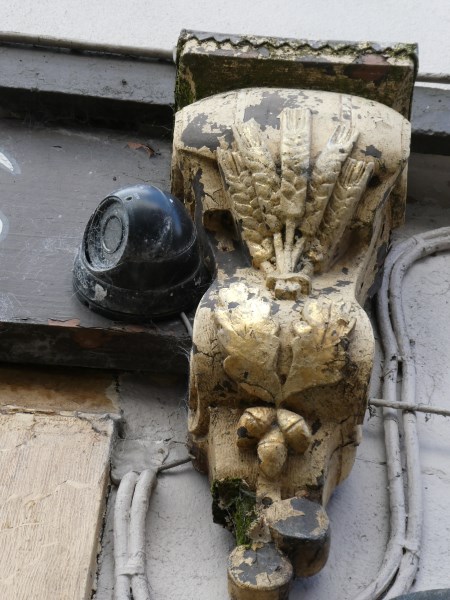 Is that cctv I see beside the golden finial? The plasterwork depicts the oak leaves and acorns below some sheaves of corn, a rich harvest image for a lovely lovely old bar.

There was a very old woman who lived in a small little house close to the village of Newtownsandes. She seemed to be very poor and the village people used to give her food. One day the priest said to her, “You seem to be always looking for charity”, and the old woman said, “Sure what else could I do. I haven’t a pig, a goat, or a man”. In a short time after, the old woman grew sick and was ordered to hospital. The neighbours went to her little house. As the ambulance came they were preparing her for the journey, and on no account would she allow them to take off a flannel skirt. So when she got to the hospital the nuns ordered the skirt to be removed, but the old lady screamed aloud and thought to hold on to the skirt. However they succeeded in removing the skirt. The nuns got suspicious and stood by after giving orders to two wardswomen to get a scissors and open up the skirt. To their surprise, there were nineteen sovereigns sewed in a tuck to the skirt. She lived for one week after, and during that time the other patients in the ward could not sleep as the old woman was all the time shouting for the flannel skirt. 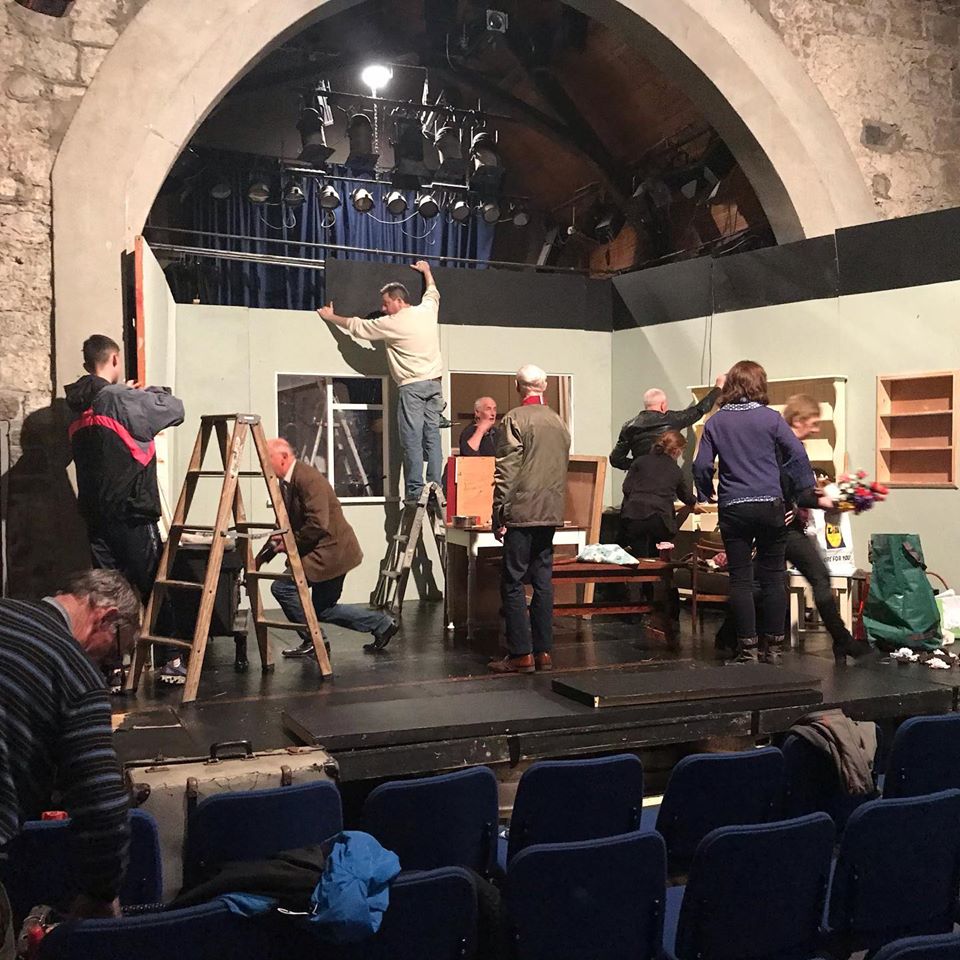 The curtain has come down for the last time on A Daughter from over the Water. This 2020 production by Listowel Drama Group entertained audiences  in the dreary evenings of early March 2020….great cast and excellent set, as usual. 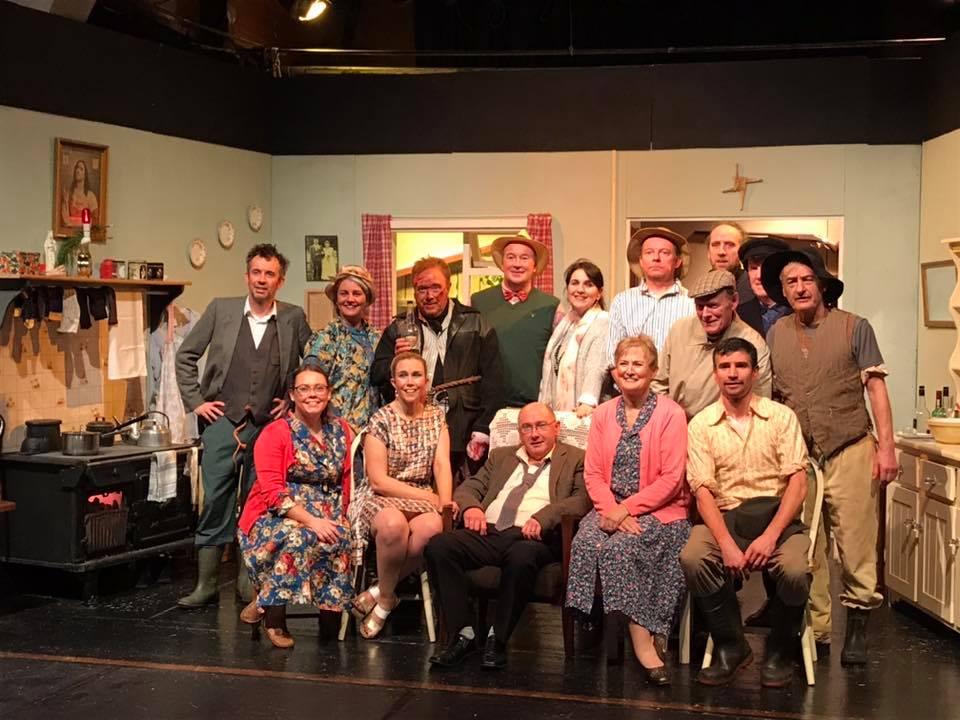