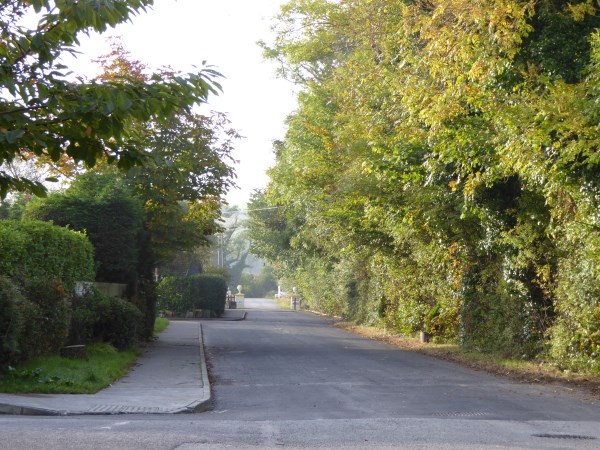 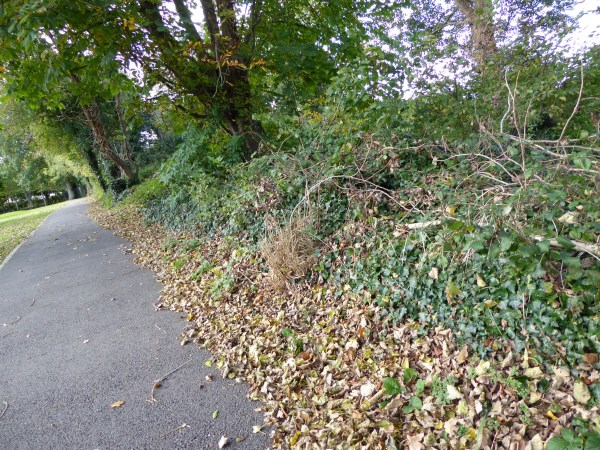 Autumn leaves on the path by the Pitch and Putt course 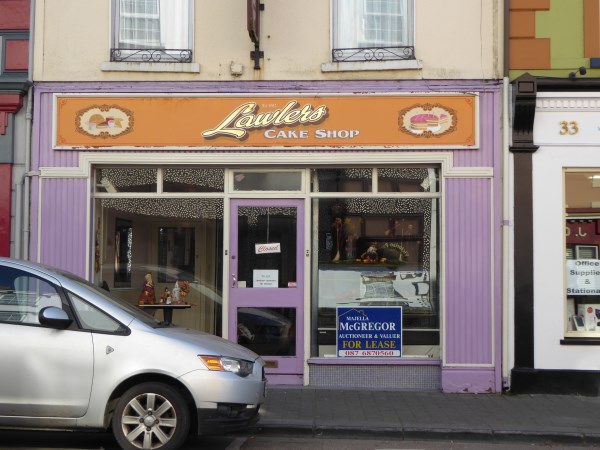 I came to live in Listowel in 1975.  Lawlers cake shop in Church St. soon became my favourite shop. Gigs Sheehy could be seen there early in the morning delivering trays of fresh eggs. Buckets of fresh cream came from the creamery. Lawlers cream sponge was to die for. There is nothing in town nowadays to compare with the mouth wateringly good cream buns which were usually sold out by 4p.m. 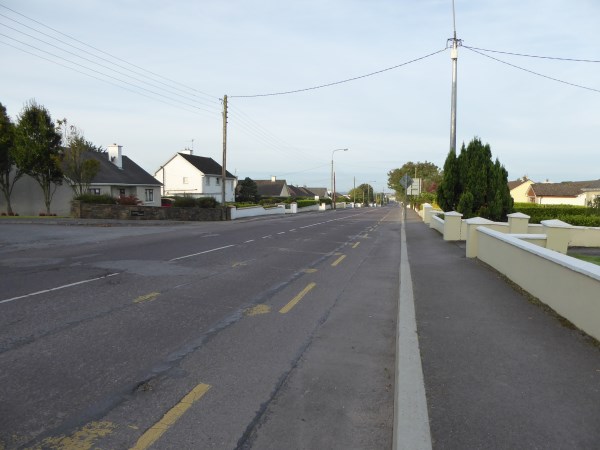 Of the sleeping city sidewalks Sunday morning coming down.”

This Letter Restored my Faith in Humanity a little bit

As I’ve told you, I have been ill recently and I spent a tamall in hospital and a while in a convalescent home. Inevitably my consumption of electricity went down. Last week I received this letter from SSE Airtricity. 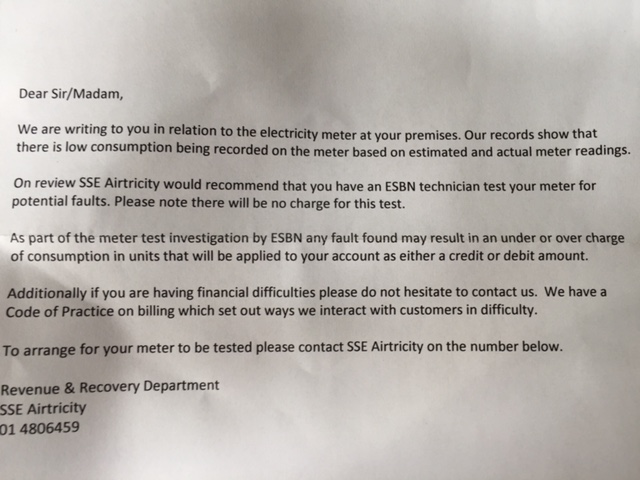 A message and poem from Dick Carmody

On the occasion of Marc Ó Sé’s retirement from the Kerry football panel, I am attaching a few lines written the day after the 2009 All-Ireland win when all three brothers, Dara, Tomás and Marc typified the heart, spirit and backbone of Kerry football. 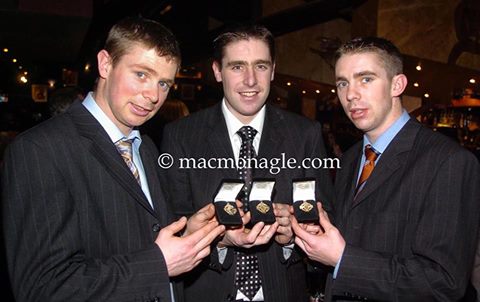 Of the famous Gaeltacht brothers a
football story we will tell

One family bequeathed Kerry with a
gift we must report

The backbone of the Kingdom team,
the spirit of this side

From an early age, still in his teens,
Dara was to make his name

With skill and endless stamina he
adorned the midfield game

Majestic jump and fielding were
soon his defining mark

From under age he soon progressed
through senior rank transition

To rightly claim the centre spot,
since his youth a long ambition

For sixteen years he has held sway
against numerous pretenders

Soon following in his footsteps,
Tomás his younger brother

A stout defender at half back, be
it centre or positions other

Relentless in defending back or in
his sorties up the field

Then youngest of the trio, Marc
joined the county team

Another class act from out west, he
is part of Kerry’s scheme

With lightning speed and dummy,
leaves opponents in his wake

Outfield he surges on a run and a
score he will surely take.

We celebrate our 36th this
year, again they have played their parts

They have given every ounce of
strength, every beat of bravest hearts

As they repel the opposition and
send the onslaught back

So here’s to our Gaeltacht heroes,
to our shining knights in arms

And from other lesser mortals
receive only envious glances.

Brosnahans of Lacca, Kilmorna in 1988 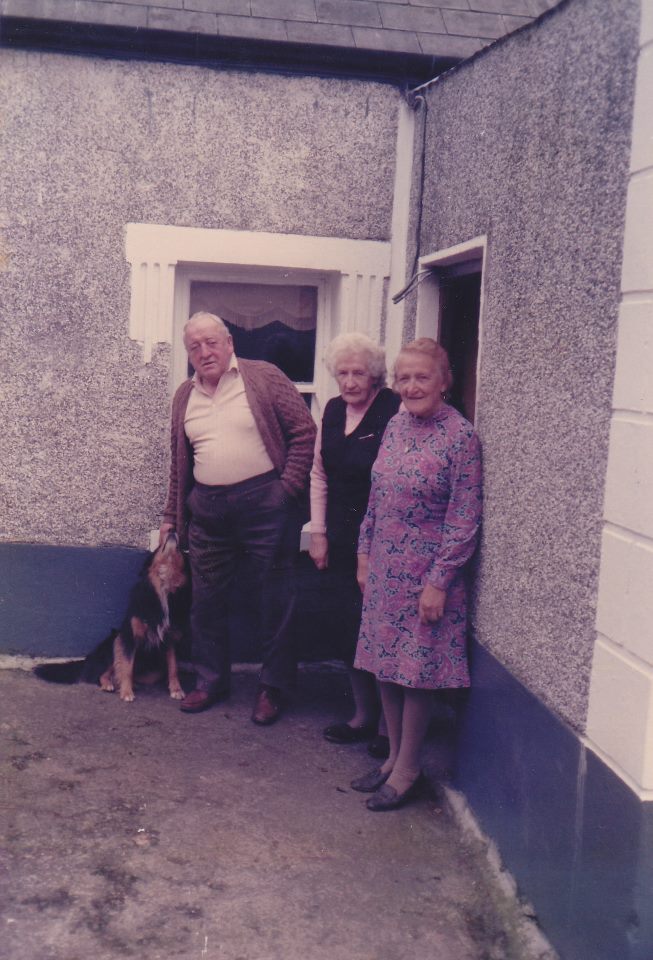 I posted this photograph of Peter Brosnahan and his two sisters a while back. I can’t remember where I got the photo from. The image caught the eye of a certain lady in the U.S. Peter was her father’s first cousin. She believes that neither he nor his sisters married . She is anxious to make contact with this family or anyone who might know them or remember them. Please email me if you can help. 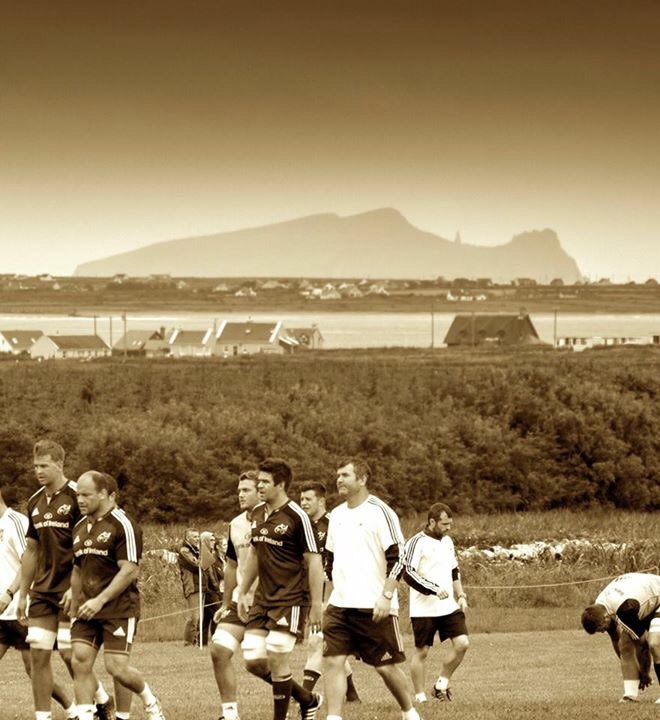 (Tweeted by Seán Mac an tShíthigh) 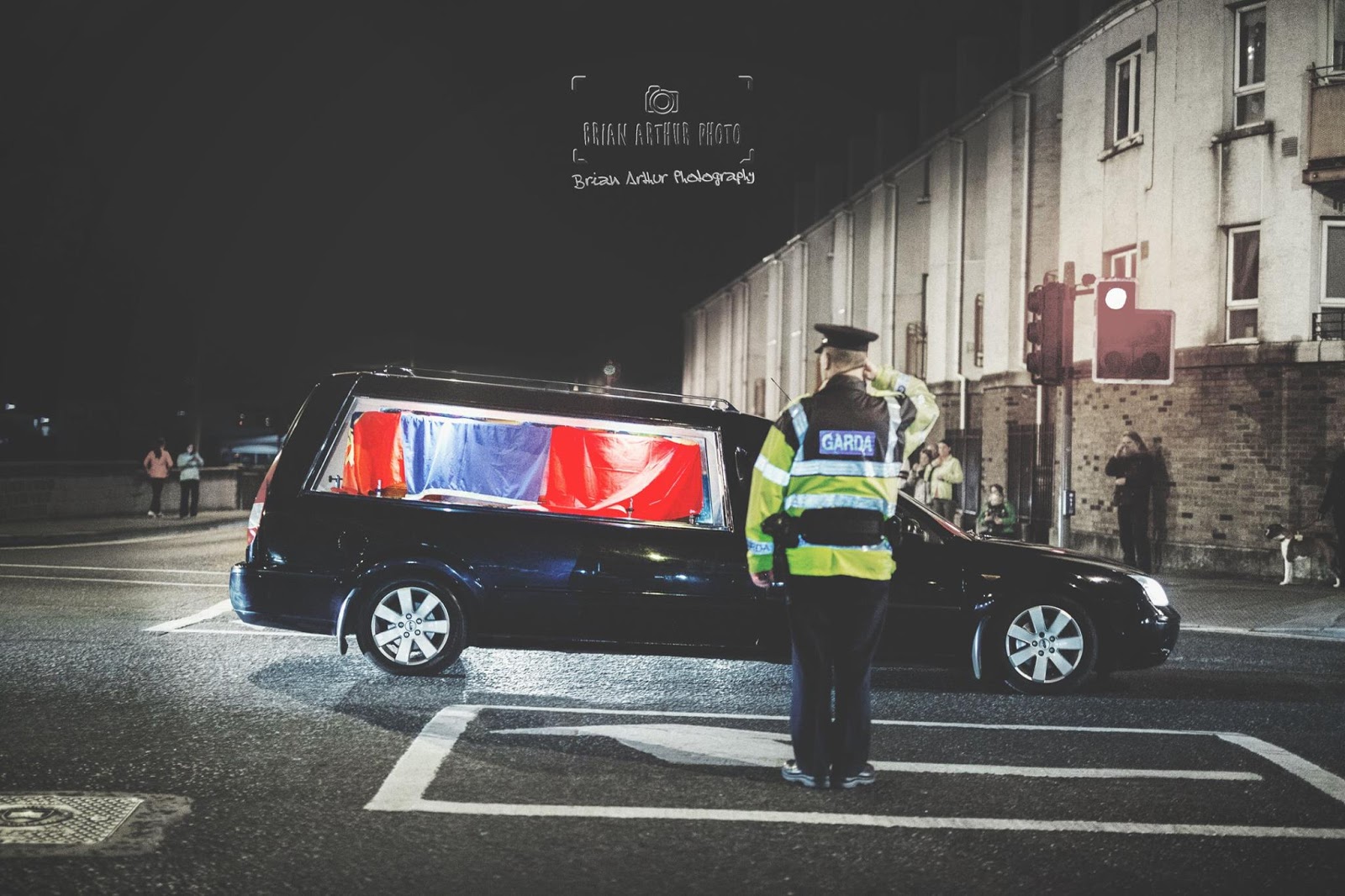