Another Great Shot by Healyracing photographers 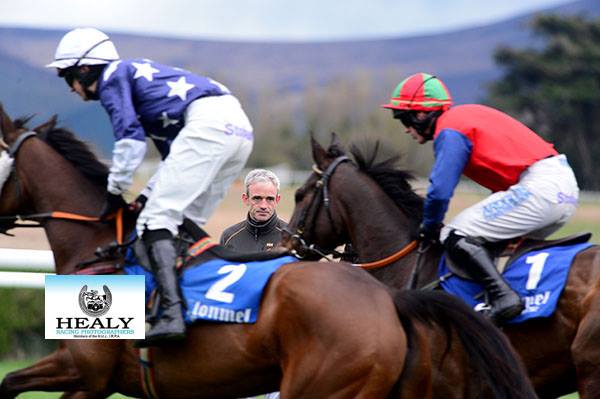 Ruby Walsh was walking the course at Clonmel when this prize shot was taken.

A First Hand Account of the official opening of the Lartigue 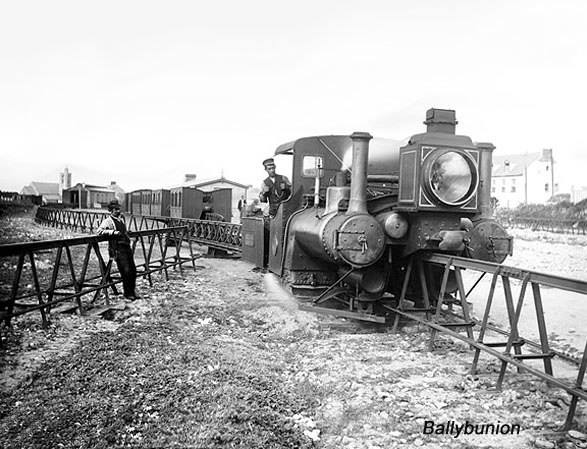 Vincent Carmody alerted me to
a chapter on The Lartigue in Joseph O’Connor’s Hostage to Fortune. Joseph
O’Connor is an almost forgotten Listowel writer. Vincent endeavours to keep his
work alive by always including him in his walks around town.

I’m going to reproduce here
most of that chapter.  The author’s  father worked on the railway and they lived in
Listowel before his father took up his job in Dingle.

This is his account of the
official opening of the Listowel and Ballybunion Railway better known as The Lartigue.

It was Jubilee Year in
celebration of Victoria’s fifty years on the throne, and her loyal Protestant
lieges who owned and exploited her realm in Ireland, decided to turn the
opening ceremony into a miniature jubilation and make the infant railway pay
for it. They ordered their tenants to fly Union Jacks from their upstairs
windows; their wives frequented the schools to teach the children God Save the
Queen for the ceremony, and they sent to France for the great Monsieur
Lartigue, so that they might have a central figure to justify the extraordinary
display.

Alas! Like the forty ducks,
the function fell flat. The tenants hummed and hawed but flew no flags. The
schoolchildren got the croup and the whitewash man was so slow on the town
walls that the streets were cluttered with ladders and buckets all through the
day. But Monsieur Lartigue played up like a man and so did the Crown Forces
both civil and military.

All this excitement got into
Patsy the Cottoner’s blood. Patsy was the town reprobate, the only son, on the
wrong side of the blanket, of a darling old lady whose natural goodness had
long since retrieved her one and only fall from grace. Patsy had reached his
fiftieth year without reaching the age of reason, He had a double squint, a
string-halt in his left leg and a scurrilous tongue and yet, the town loved
him. He was unique, he was honest, and, above all, he stood to his given word.

Patsy would sell his mother
for a pint, but would wade through fire and water to carry out a promise he had
given to get that pint. The bright boys of the town knew that and often played
on it. They got him to kiss Minnie Lyons, the town beauty, coming out from the
crowded twelve o’clock mass on Easter Sunday, and bribed him with a quart of
Guinness to welcome the judge of the Assizes on the steps of the courthouse on
the morning of a packed trial of political prisoners. This antic reduced the
proceedings to ridicule and got Patsy a month in jail for contempt. But the
triumphal reception on his return and a gallon of stout in eight pint glasses
was ample recompense for all. The bright boys kept Patsy in mind for Lartigue
Day.

It was a great day. From noon
onwars, coaches, broughams and landaus issued from the mansions of the county
families within easy reach of Listowel. They brought Sandes and Dennys and
Kitcheners, Crosbys and Hares and Gunns, brilliant in army red and navy blue,
their chests full of medals and their sleeves full of chevrons. Monsieur
Lartigue  and Madame had a carriage all
to themselves, just behind the brougham reserved for the Chief Secretary, who
did not come and sent an Equerry to deputise for him. Balfour had tired of his
practical joke and feared, perhaps, that the intractable natives might return
the compliment, if he appeared in person.

I got myself a good view of
the proceedings from the top of the engine shed and watched the celebrities
take their places in order of precedence. The Frenchman and his wife, a man in
a top hat sat in the front row beside the equerry, saying little and bowing a
lot. There was a great to-do when the Tralee Garrison Artillery band played God
Save the Queen. The notables rose and stood self-consciously to attention, but
the scrabble of townsmen whom circumstances had forced to be there looked on
with blank faces and heads covered until the alien anthem was finished. Then
the proceedings began.

Brindsley Fitzgerald, a
descendant of The Vesey, who “out of his bounty built a bridge at the expense
of the county,” spoke first. Then the Equerry introduced Monsieur Lartigue in
the effete public school English which sounded so washy beside our own strong
home-made speech. The Frenchman got a rousing welcome from the townsmen. It was
enough that he was French and the French had a fine military record against the
English. No one cared if he looked small, podgy and foreign with his needle
moustache and his little goatee on his chin. He was a godsent to release the
holiday feeling without boosting the lordlings who brought him there.

Lartigue’s speech was short.
No-one knew whether he spoke in English or French and we only knew he was
finished when he bowed himself backwards and bumped into the man in the top hat
who had sat with him. Tophat raised his head for the first time and limped his
way to the edge of the platform. Waving the hat on high, he yelled The
Cottoner’s well known cry-‘ haha dee, haha dee.” The crowd craned forward,
doubting their eyes and their ears. Patsy gave them no time to burst into
cheers, but went on to declaim the verse of doggerel the playboys had drilled
into him.

“Good neighbours all, of the
County Kerry,

Where’s the cause to be
bright and merry?

The Cottoneer forgot his
lines and improvised “Ah to hell with Balfour and Mary Collins and the whole
bloody lot of ‘em.  God save Ireland!” He
scrambled down into the crowd and was bustled away to safety.

The Lartigue Railway was a
weird contraption. The tracks ran on triangular trestles, four feet high and
six feet apart, the main track on top of the balancing tracks on each side.The
general appearance of the line was of a low roof of interminable length. On
this the carriages rode astride just like young boys riding a gate. The
passengers sat back to back, as on the Irish jaunting car, but with a wooden
partition between each half compartment. Their ears, being within six
inches  of the top driving wheels, were
deafened by the rumble so that conversation was almost impossible.
Nevertheless, its curiosity value made it popular during the holiday season.

But it couldn’t last. The
journey was too short and when the original rolling stock called for
replacement, there was none to be got. France was far off, Lartigue was dead
and the British had other notions and preoccupations to bother with a freak
child of theirs. It closed down and was sold as scrap to Wards of Leeds.
Nothing remains but a memory and a few abutments and idle bridges to worry
antiquarians of future generations.

I think O’Connor would be surprised to see the beautifully restored replica which is soon to open to tourists for the 2017 season. 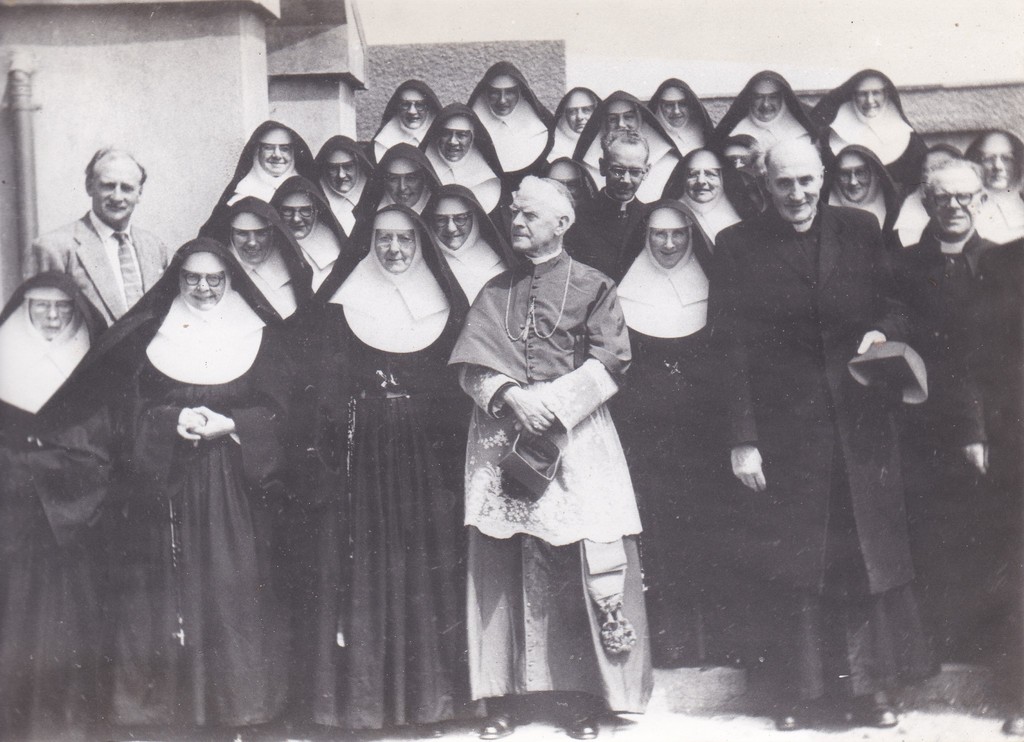 When I posted this photo a few weeks ago I captioned it Listowel sisters. Well that set some people thinking and naming. Margaret Dillon was the first to spot that the good sisters were not Presentation nuns at all but Mercy. This set us thinking in terms of the hospital although some felt that there were far too many sisters with his lordship, Bishop Moynihan to be from the hospital.

Then came a voice from Dubai to clear up all confusion. Alan Stack recognised a face beneath a wimple.

Greetings from Dubai. With regard to your recent posting of the photograph “Listowel Nuns” – the sister on the far right is Sr. Maria Stack, my aunt, who died last September. She taught in school in Ballybunion and I believe this photo may have taken outside the front steps of the adjacent convent, so these may be Ballybunion nuns as opposed to Listowel? 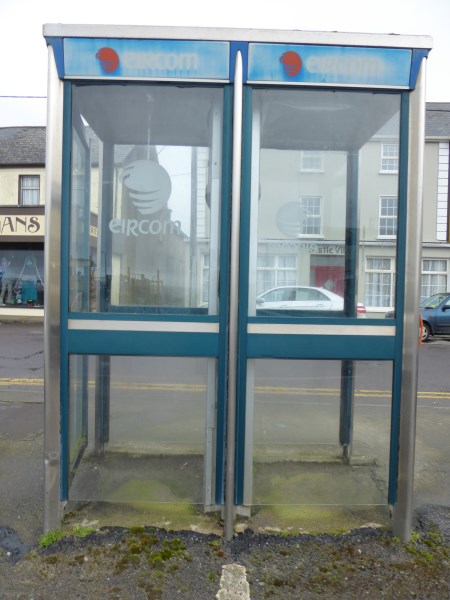 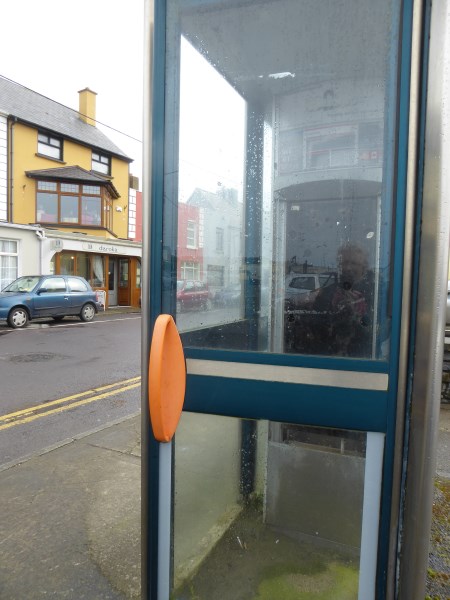 In Ballybunion Eir have removed the phones but left behind the phoneboxes. Will they be put to good use? 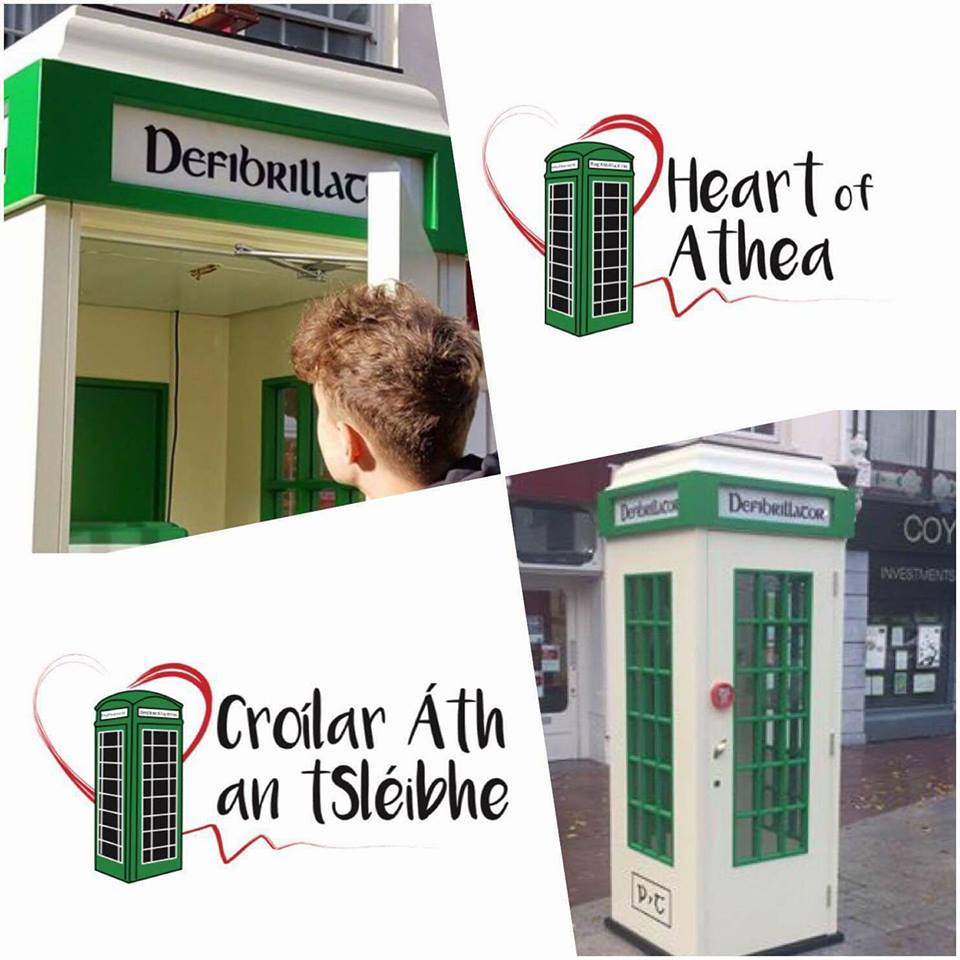 We are delighted to announce that we have decided to go ahead with the Defibrillator project for the village in conjunction with Athea Community First Responders Group which will be known as ‘Heart of Athea Project’ or ‘Croílár Ath an tSleibhe’. This will be a fantastic project for our community and one that will demonstrate our commitment towards the health and wellbeing of our community. This will be the first of its kind for the county but it is hoped that there will be a national rollout of defibrillator phone boxes in the coming years. This will make the locations of the boxes instantly recognisable and has the potential to save many lives. Anyone interested in training on how to use a defibrillator, please contact any member of the Community First Responders. We have secured the support from local Councillors – Browne, Galvin, Sheehan and Collins for the project but we are also left with a shortfall of funds to raise. Anyone interested in supporting this project and having your name/ business mentioned on the phone box, please get in touch.

Wisdom from my Calendar