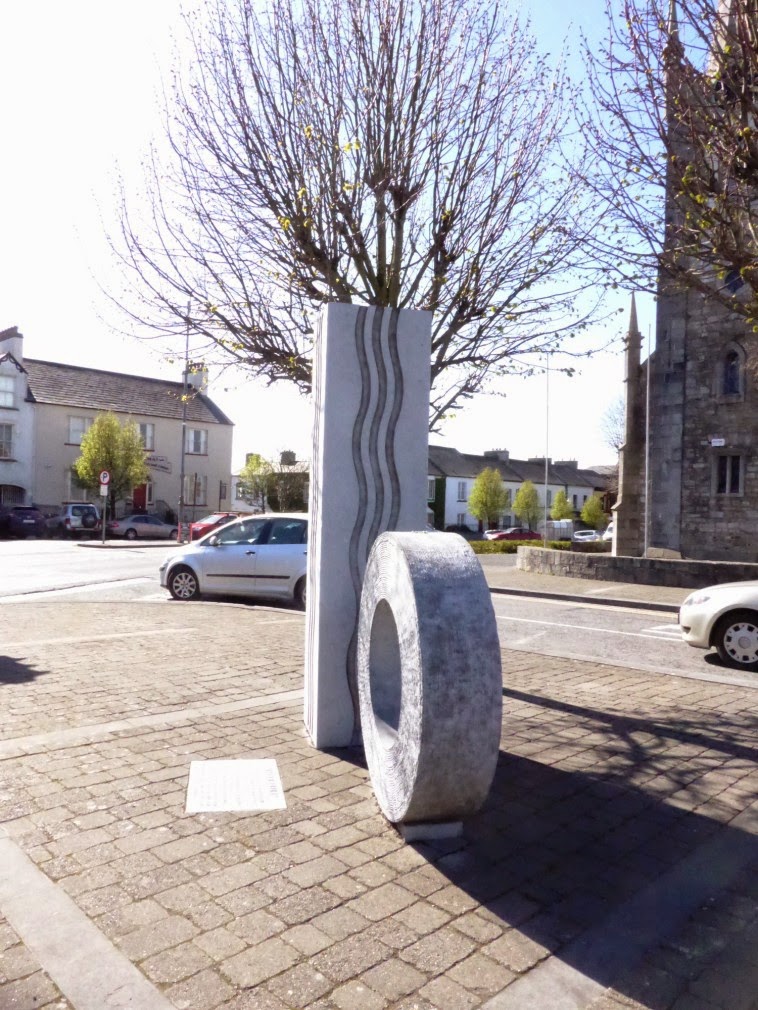 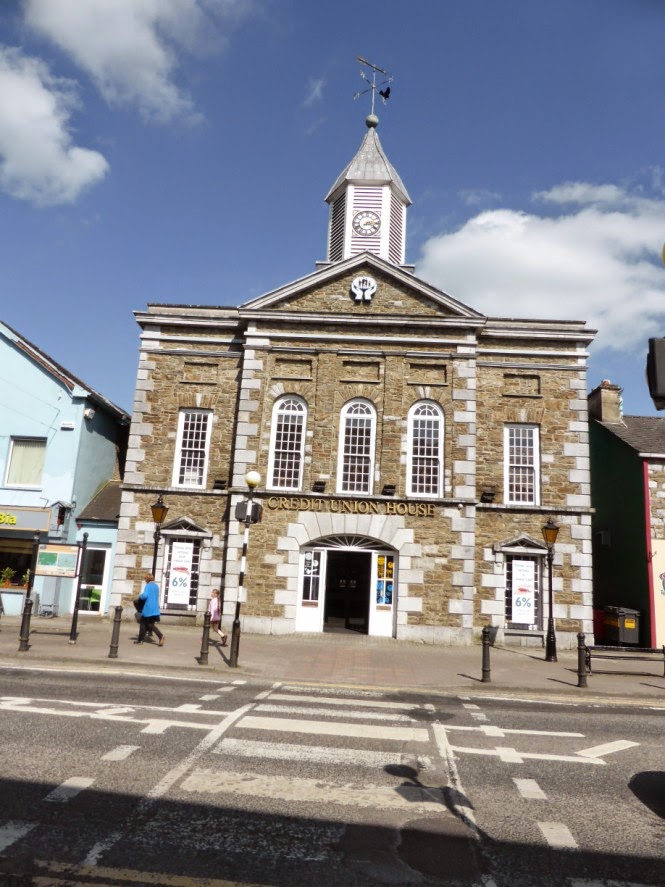 This is The Clock House in Kanturk. This building is now home to the Credit Union but it looks pretty much the same as it did in my young days in 1950s and 60s.

My story today concerns a Kanturk man of whom I am very proud.

Bernie Brosnan of Ballintubber, Kanturk was my mother’s brother. He was a man who had a huge influence on my life, taking the place of my father who died when I was 7. The reason I am remembering him and writing about him today is because I was reminded of him when I wrote last week about the O’Sullivan family who brought a touch of USA glamour to 1960s Kanturk.

One of these O’Sullivan brothers brought a camera from America and he became what I am now, a documentary photographer. He constantly had the camera with him and he snapped anything that caught his eye in his travels around town.

Bernie Brosnan was an agricultural contractor. In those days few farmers had their own tractors or farm machinery and they would hire Bernie to do that aspect of their farm work.

Bernie had one of the first combine harvesters in North Cork. Before that the harvest was saved using two machines, a reaper and binder and a thresher. The first combine harvester had to be drawn by a tractor. Bernie was a great engineer and inventer.  He had a home made windmill generating electricity for his house long before rural electrification reached Ballintubber. Now he put his inventive powers to work in making this harvester self propelled, in order to free up the tractor. He was helped in this endeavour by his great friends, the Foley brothers who had a garage on the Newmarket Rd.

For several months one winter they worked on fitting an engine to the harvester  and getting it to work without  the need for the tractor. However, when the big reveal came and the harvester was to be tried out for the first time, they found that the harvester with the engine on board was too tall to fit through the door of the garage. The tyres had to be deflated and the harvester towed out with the tractor and then reinflated once outdoors. The self propelled combine harvester was talked about in farming circles for months after that and we, in the family, heard the the story of the great reveal told over and over again by my very proud uncle.

My uncle is long dead and I had forgotten these exploits of that summer in the 1960s until the O’Sullivan photo archive came to light and I discovered that Michael O’Sullivan’s uncle had recorded my uncle and that legendary day in photos that will keep the story alive forever. 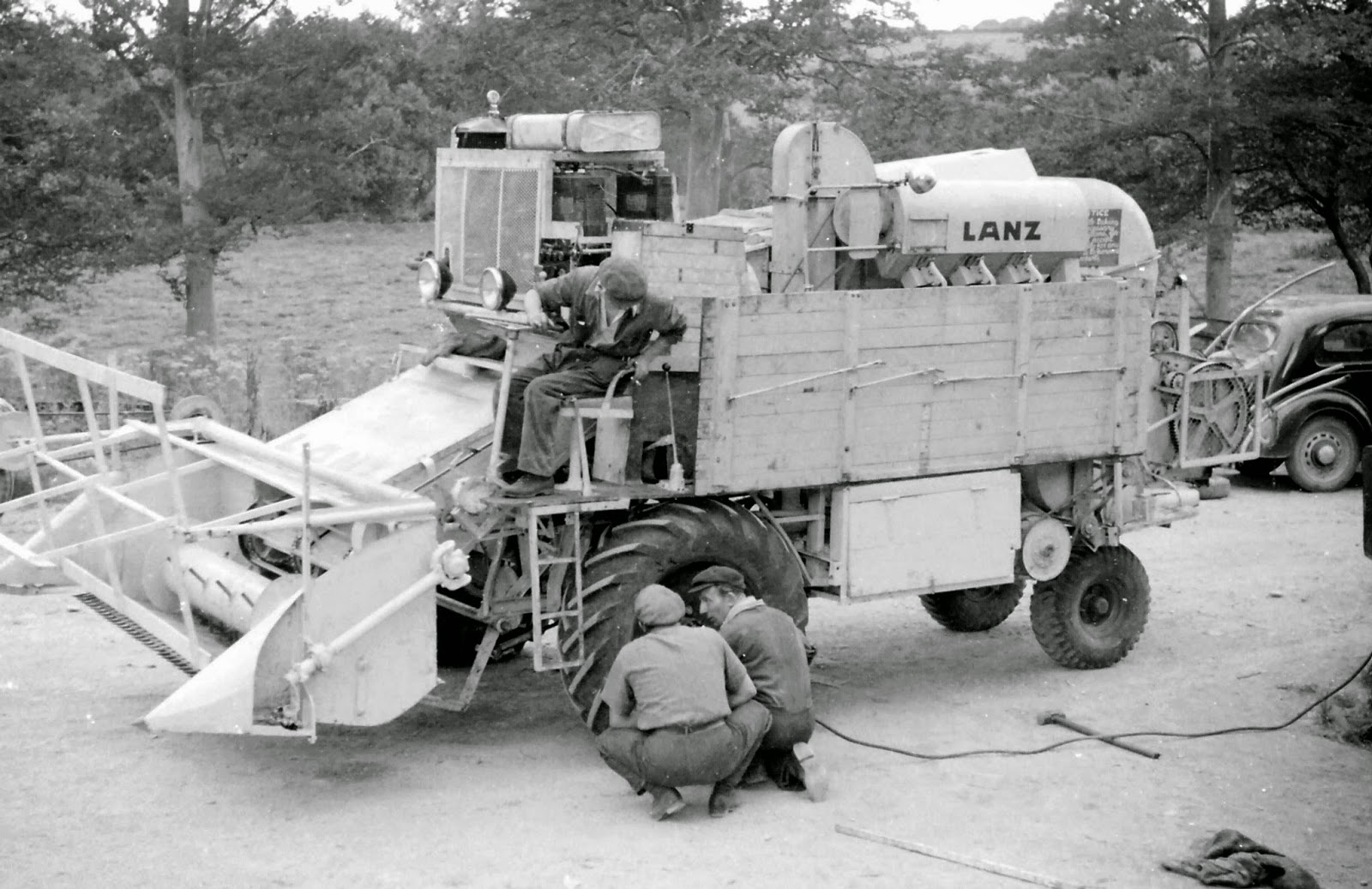 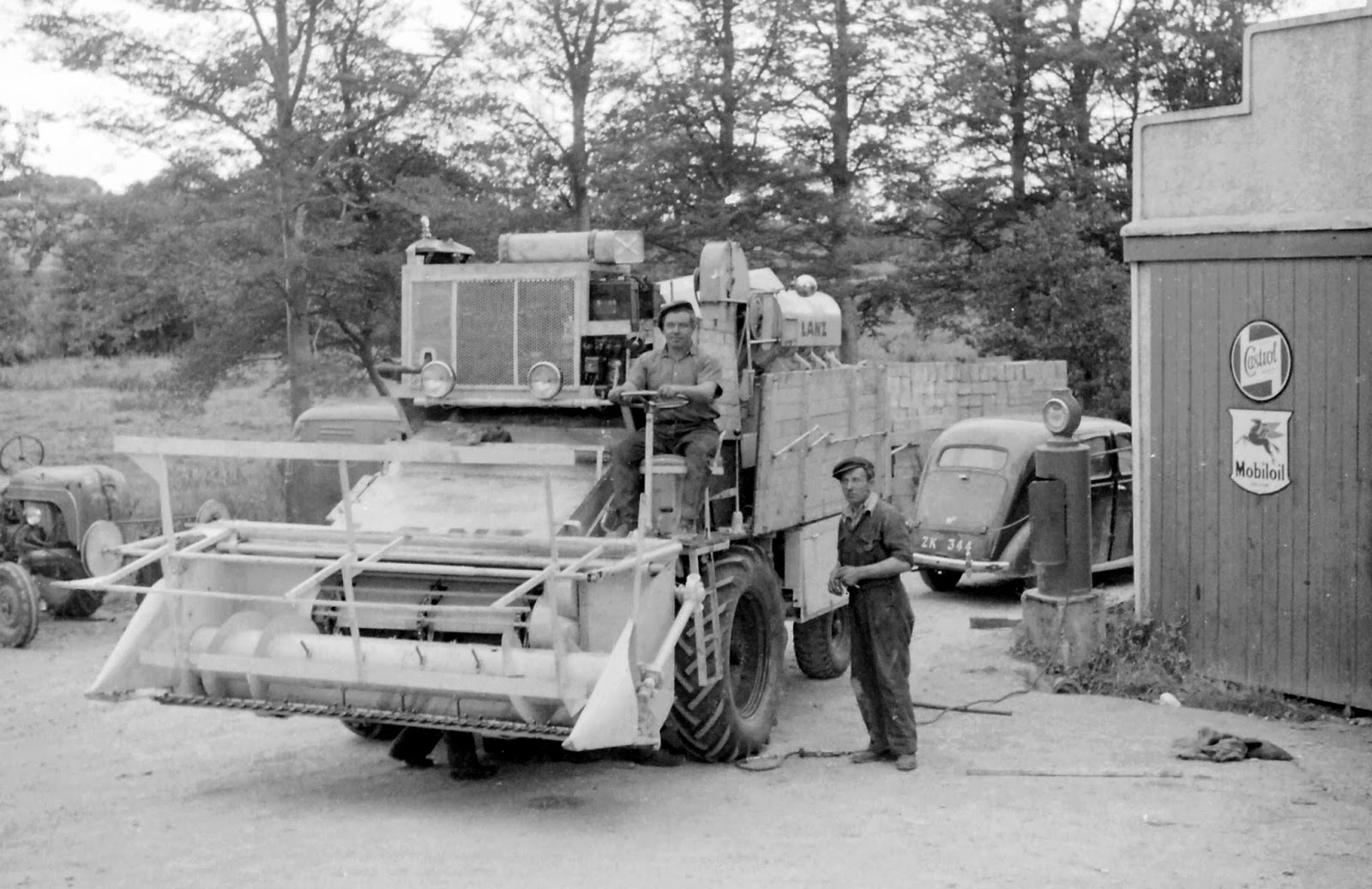 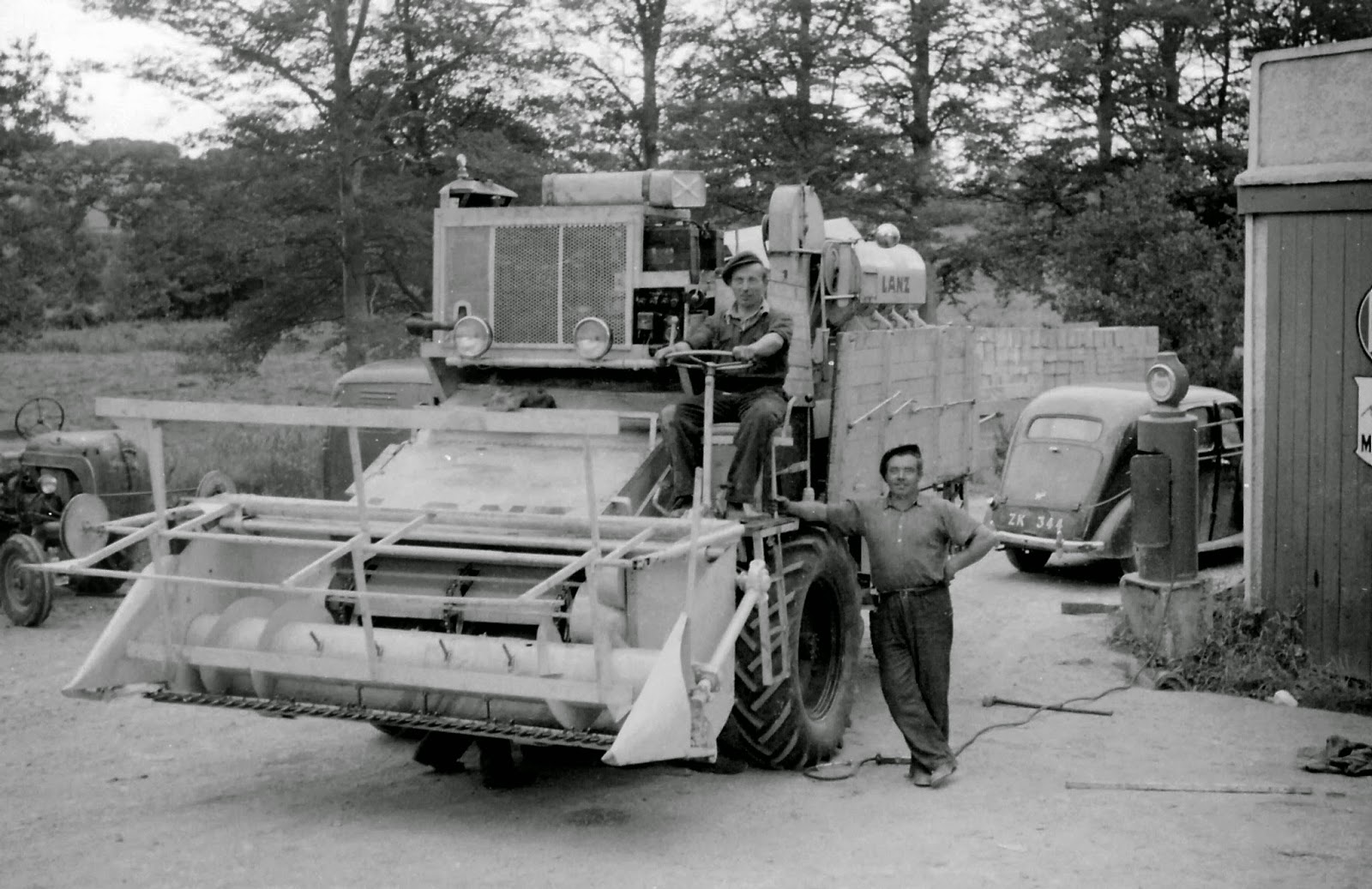 The proud man on the right of this last photo is Bernie Brosnan and the man driving the harvester is Neily Foley; two man before their time. In the background of the photo is Neily Foley’s car and Bernie’s tractor is just visible on the left.  Great photos! Happy Days! 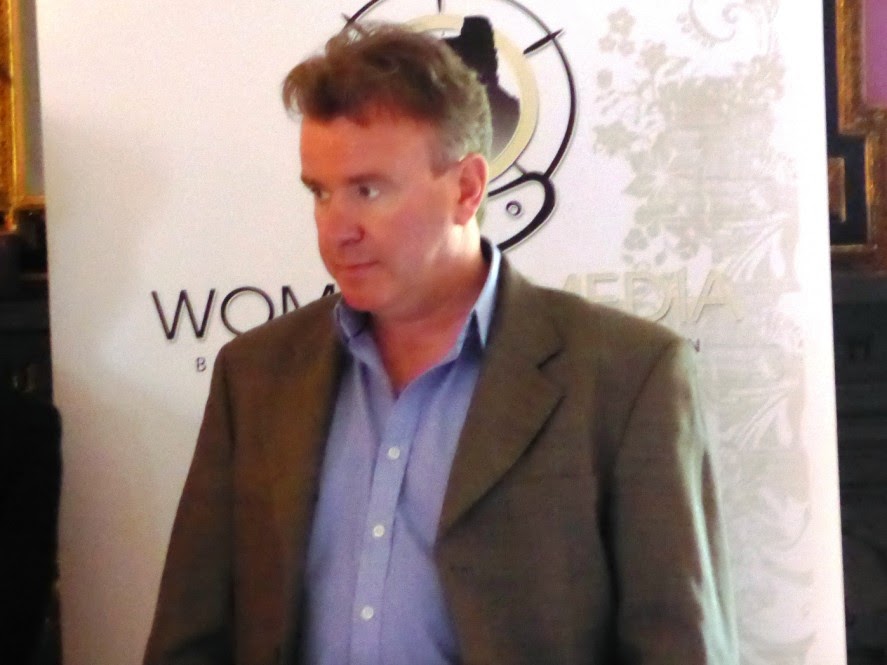 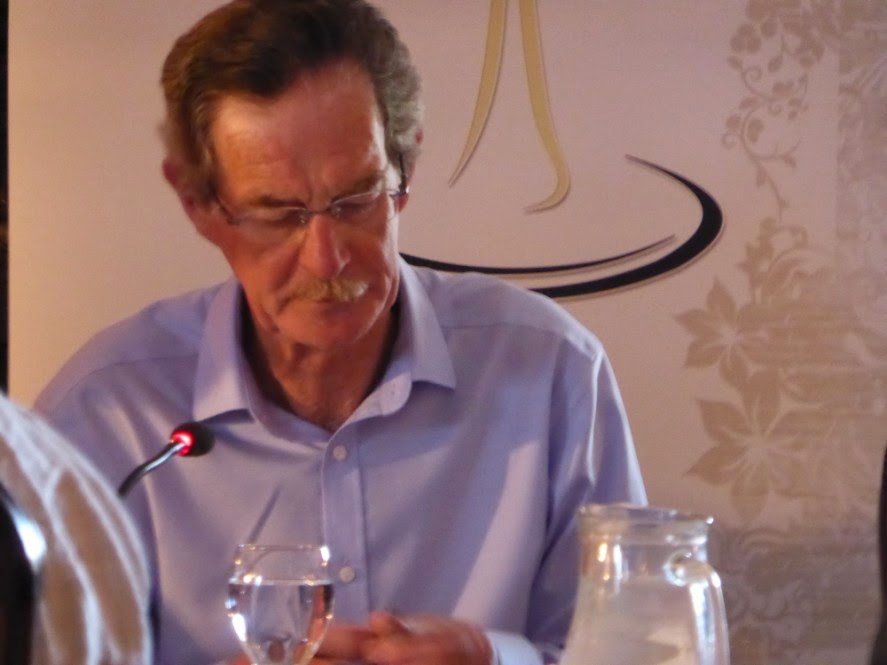 As well as Tom Clonan and Dick Spring, Norah Casey and Olivia O’Leary were among the many big names in attendance in Ballybunion on April 18 2015. 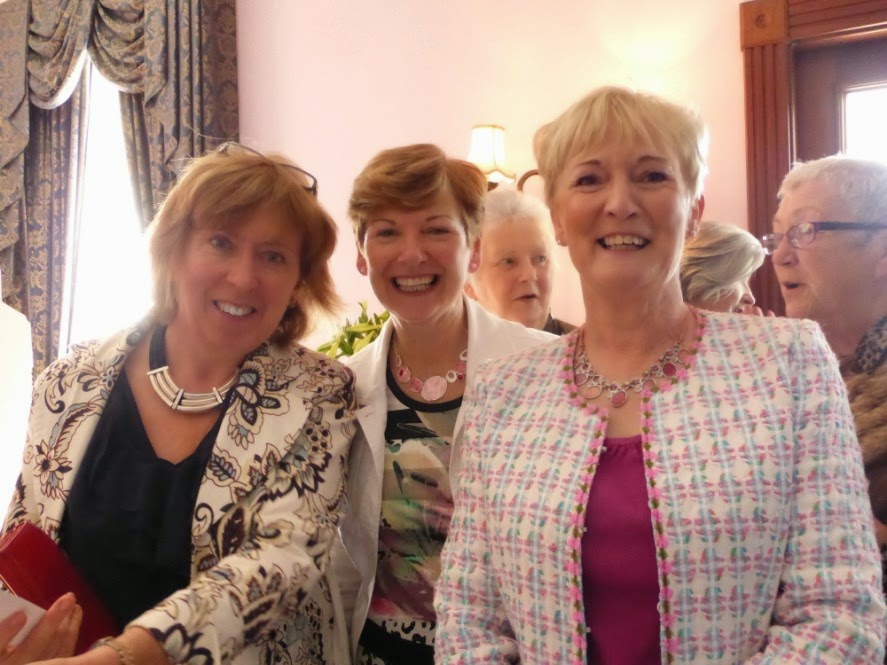 Local people were out in force to enjoy listening to these celebrities on our doorstep. Above are Rose Wall, Eilis Wren and Madeleine O’Sullivan.