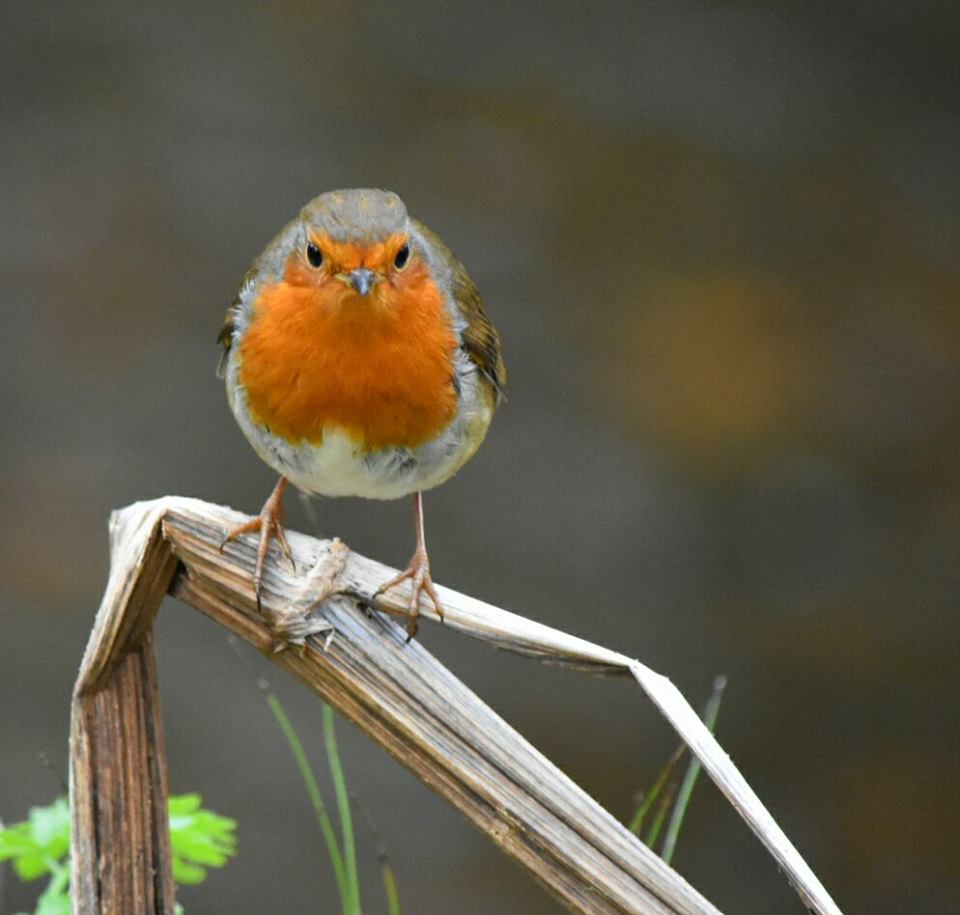 Photo by Chris Grayson, photographer to the robins 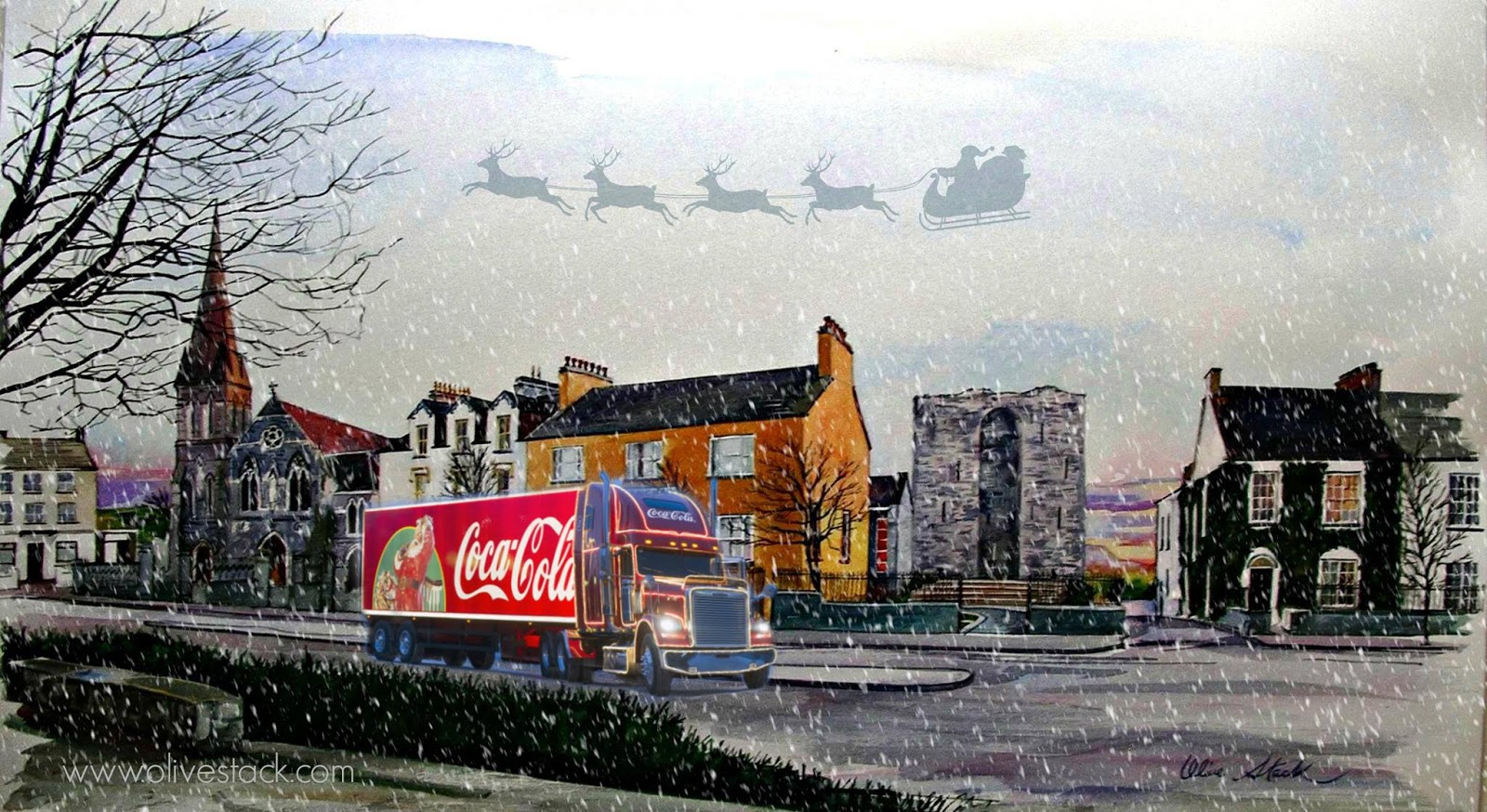 Everyone got in on the act of welcoming the Coca Cola trucks on Sunday December 11 2016. I’ll try to organise my photos for tomorrow. Meanwhile I’m sharing the very best welcoming the trucks picture. It is the work of our local artist, Olive Stack. We didn’t get the snow. The weather was very mild and ideal for outdoor frolicking. And we frolicked in huge numbers. The likes of the crowds was only last seen at a fleadh cheoil. I took lots of photos of the truck and of the unveiling of the Tidy Town seat sculpture. 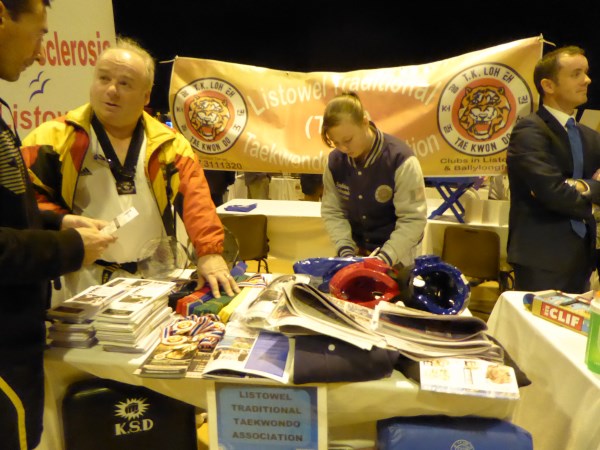 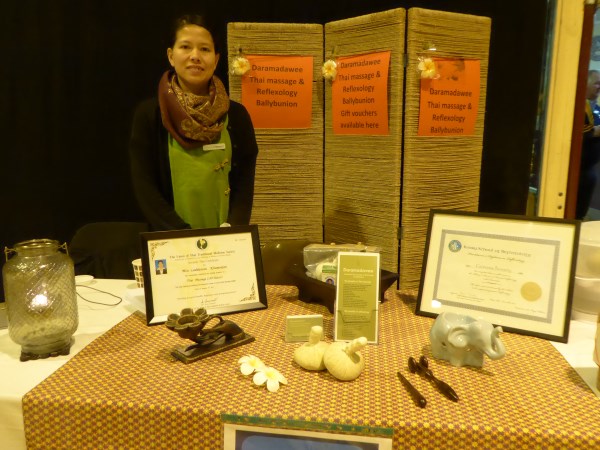 Thai message is available in Ballybunion. 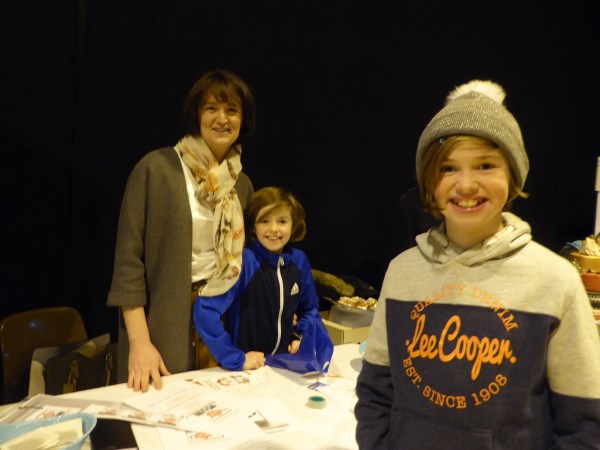 Tina Hayes was there with her family promoting her new business. Tina will take small groups or individuals and help them to get started on the internet or social media. Her business is called Teapot Computer Solutions. 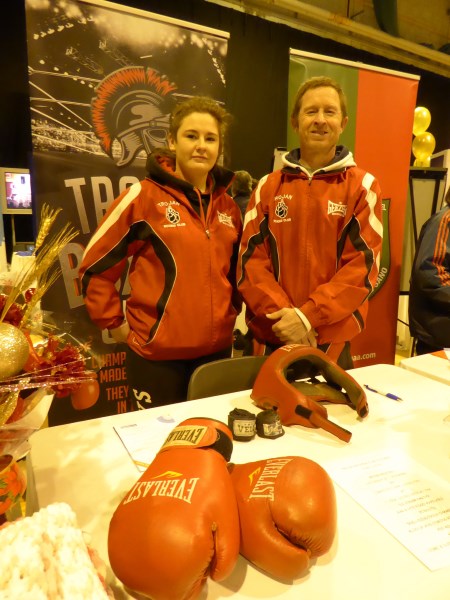 These are the Trojan Boxers. 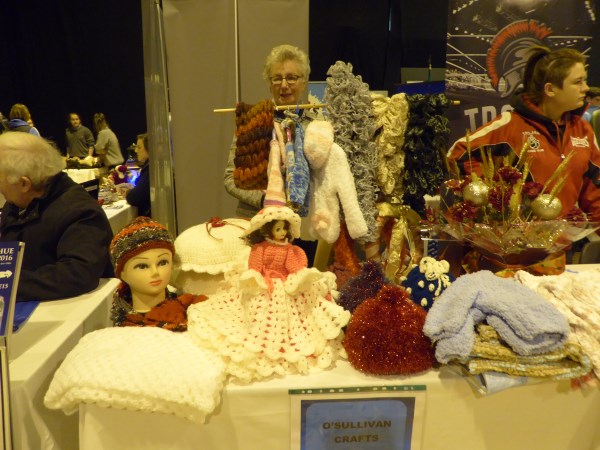 Ella O’Sullivan had a beautiful display of her hand crafts. 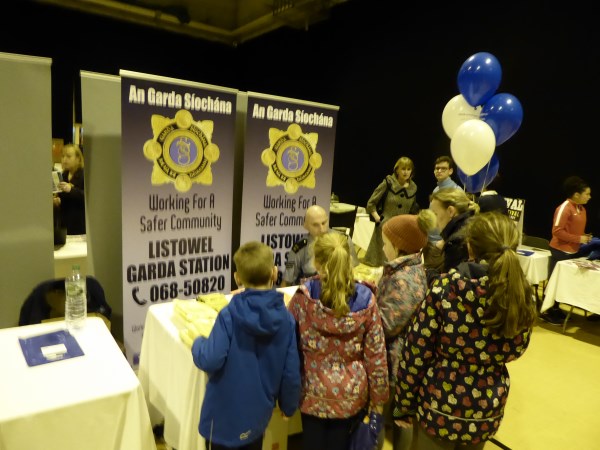 The Garda stand was popular. I got a hi vis vest there. 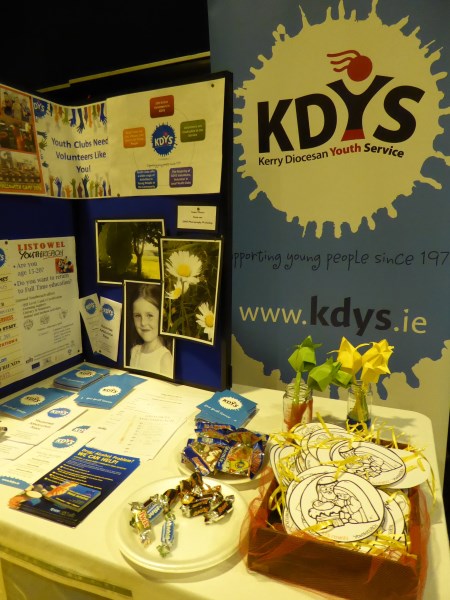 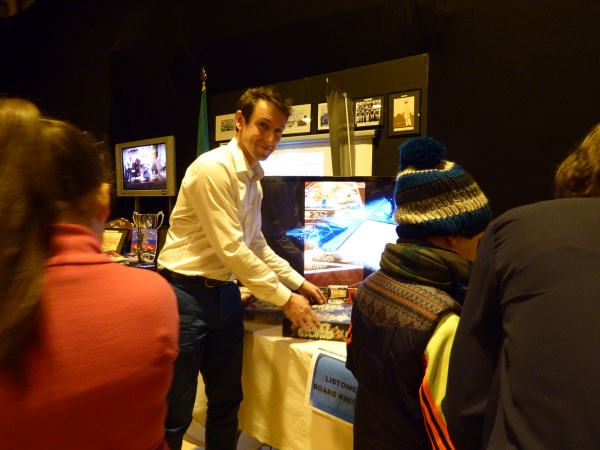 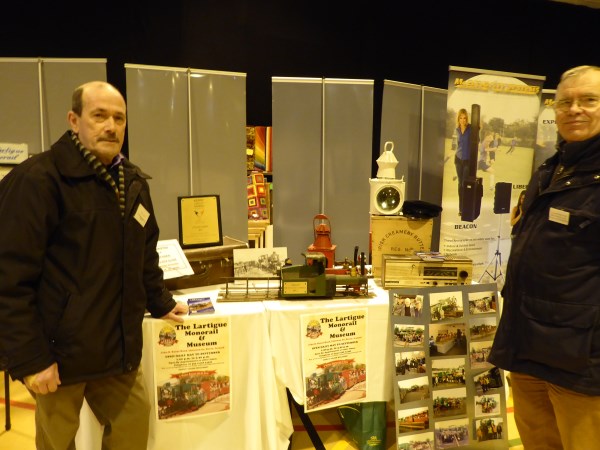 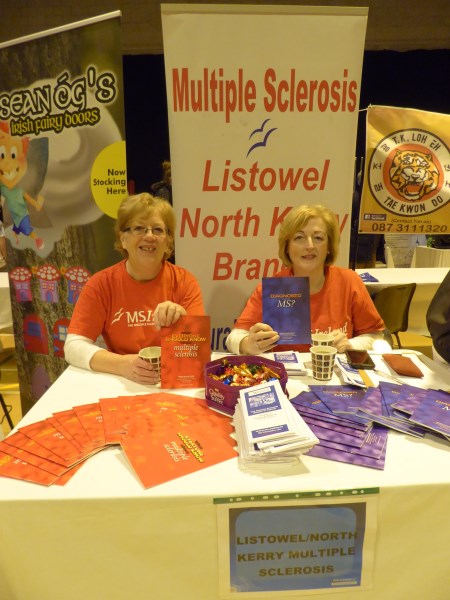 My friends, Mary and Noelle were raising awareness of the work of the local branch of the Multiple Sclerosis Society. 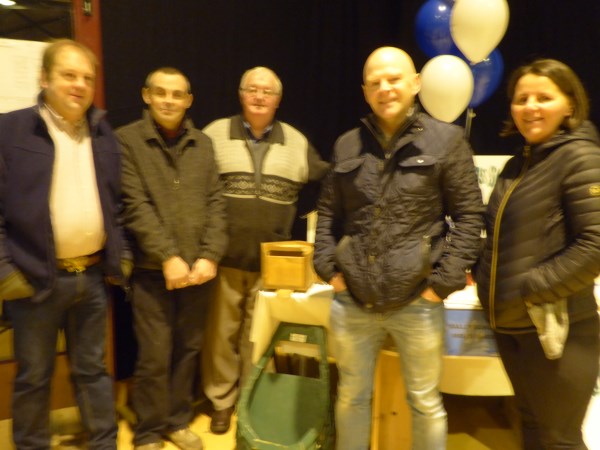 My photo of the great men of The Men’s Shed Movement is a bit shaky.

Why does a Plum Pudding have no plums in it?

The answer is a fact gleaned from The Ireland’s Own Annual 2016.

In the nineteenth century raisins were called plums. A Christmas or plum pudding is traditionally made with dried fruit held together with eggs  and suet, moistened with treacle and flavoured with cinnamon, nutmeg, cloves and ginger.

It started life as plum porridge. People used to fast on Christmas Eve and they ate this plum porridge beforehand to line their stomachs.

Fact as learned in this year’s Ireland’s Own!

Humans of Listowel (in times past) 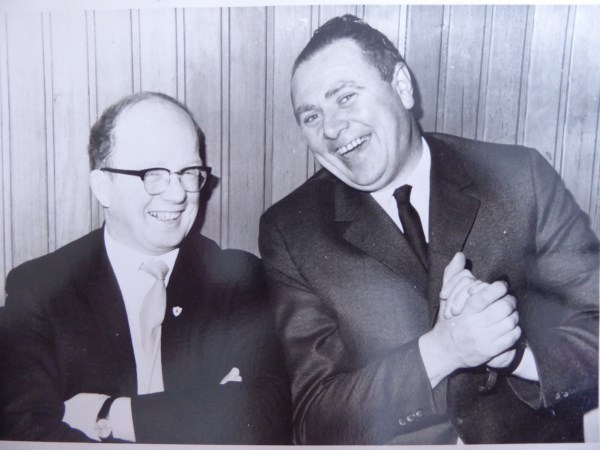 Junior Griffin gave me this happy photo of himself (a younger self) and his friend the late Garda Denis O’Donovan R.I.P.

One from the Archives; Back in 1895 paying for water was an issue in Listowel

Listowel, Monday. An adjourned meeting of the Town Commissioners was

Mr. D. J. Potter applied for permission to put  stained glass in one

William Street, for the purpose of advertising his establishment.

The Chairman considered the commissioners should be very slow to allow

their property be used for private advertising purposes, and if they

acceded to Mr. Potter’s request others would probably make similar

ones. Mr. Potter could put up a lamp on his own account.

The other commissioners concurred, and the application was unanimously refused.

Dr. O’Connor wrote complaining of the unsanitary condition of his

house in The Square, which was a source of danger to himself and the

other residents in the locality.

to the old mill stream, as at present there was no outlet for Dr.

The matter was referred to the sanitary committee, the members of

which were urged to have the sewer constructed without delay.

carrying on a mineral factory in Church Street, in the house recently

occupied by Daniel Guerin, whose rent was 10s a year. Mr. M’Carthy

proposed that a rent of £3 per year be charged in future. Mr. Dissette

Mr. Mulvihill considered £3 too high, and thought they should not

handicap Mr. Dissette in starting his industry. He proposed that it be

given for £2, Mr. Leahy seconded. On a division, the rent was fixed at

££. It was decided that the water rents be collected half-yearly for

the future. Mr. Mulvihill asked if Mr. Fealy would get a cheque for

the coals he had delivered. The Chairman said the matter was in the

hands of the Finance Committee, who refused to sign a cheque, and the

board was consequently powerless. Adjourned.