Are we there yet?

The answer is No, I’m afraid. 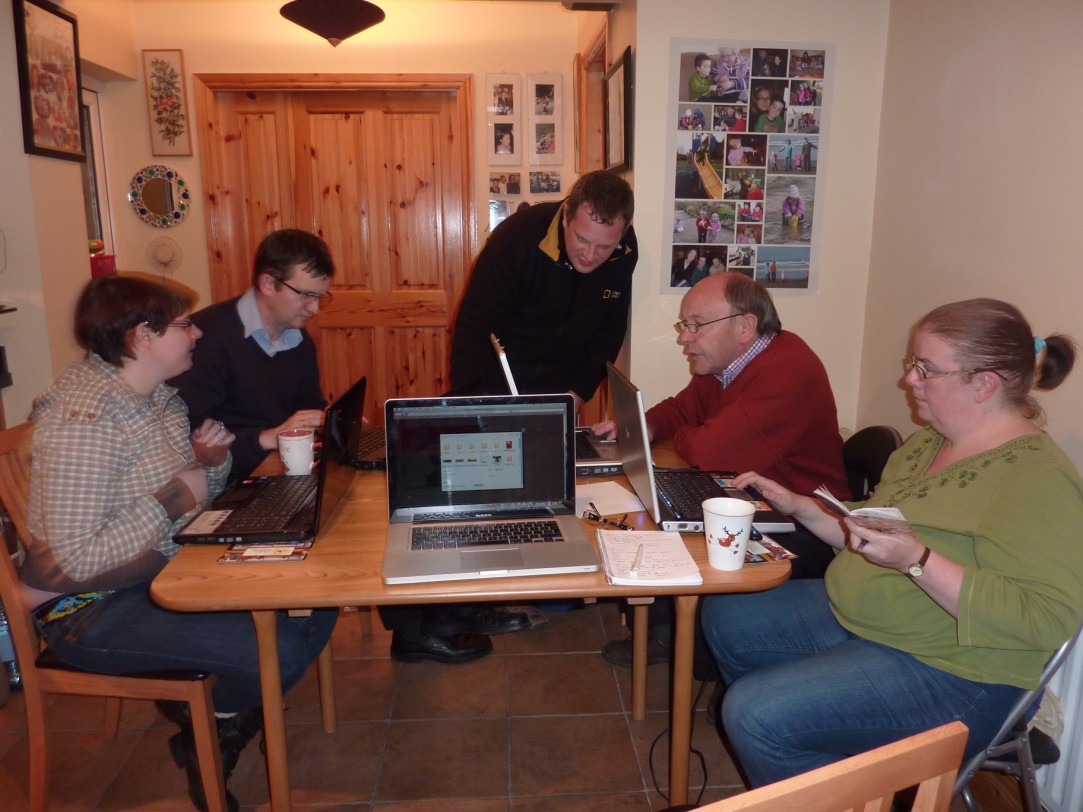 Here we are; your eager NKRO webteam, beavering away into the small hours to bring you the promised website. It’s taking a little longer than we anticipated but we are hopeful that it will be ready for unveiling next week.

In the meantime here is a bit of local news 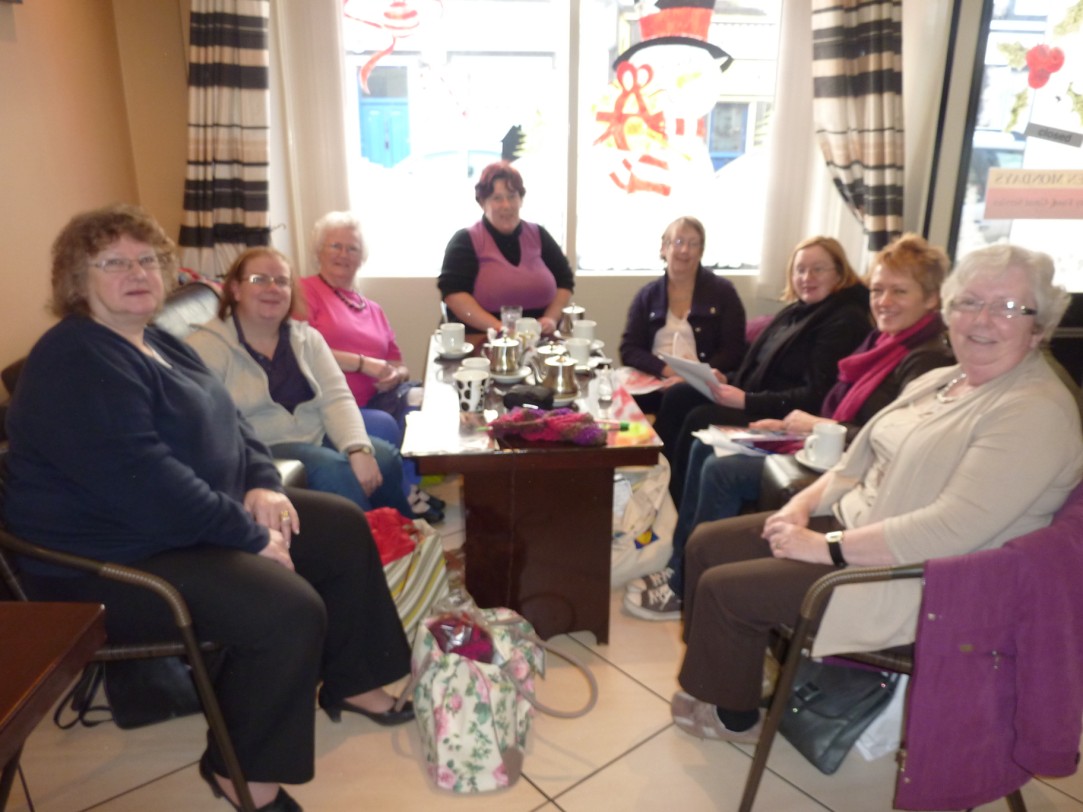 This is the local knitting group who knit and natter every Saturday from 11.00 to 1.00p.m. in Scribes. 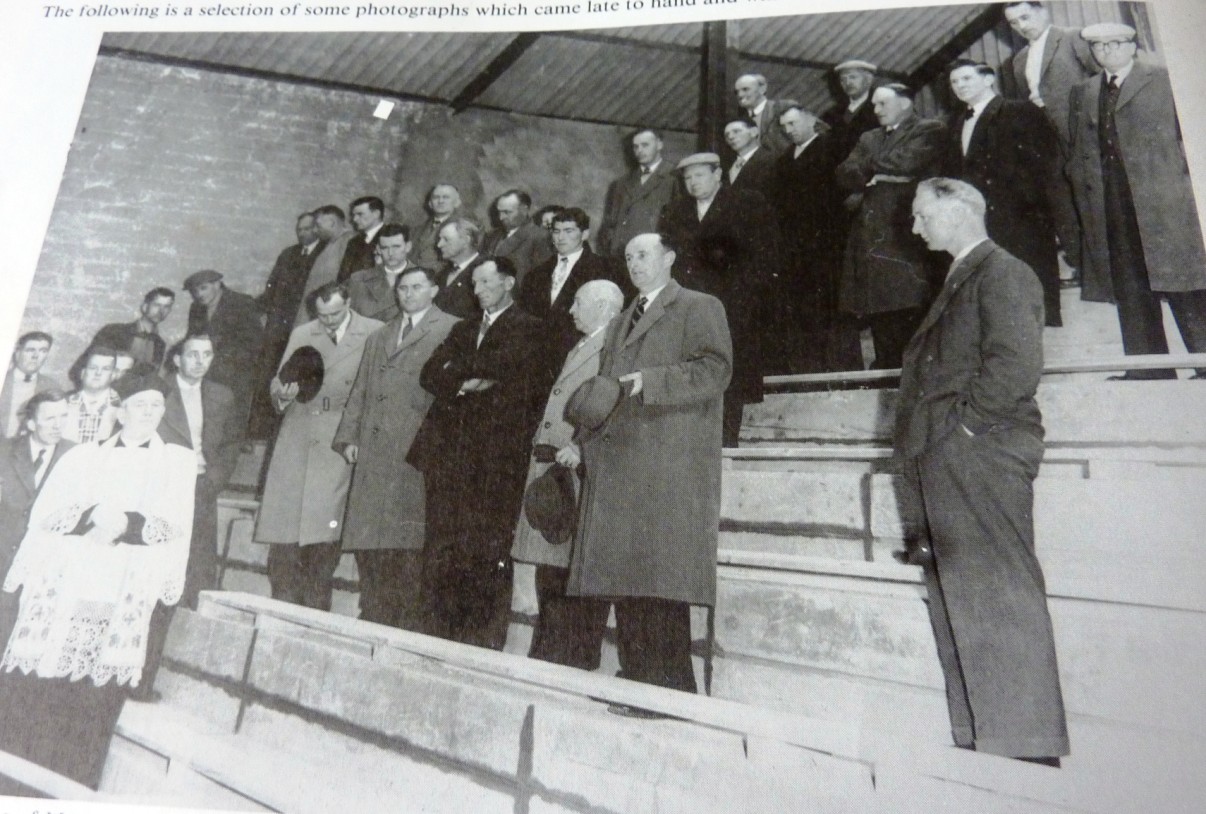 This photo from North Kerry Camera ( Vincent Carmody) depicts a red letter day in Listowel as the new livestock mart was opened and blessed.

Today, November 9 2011 is another such day as the same premises is demolished.

I took some photos on Monday in anticipation of the demolition. 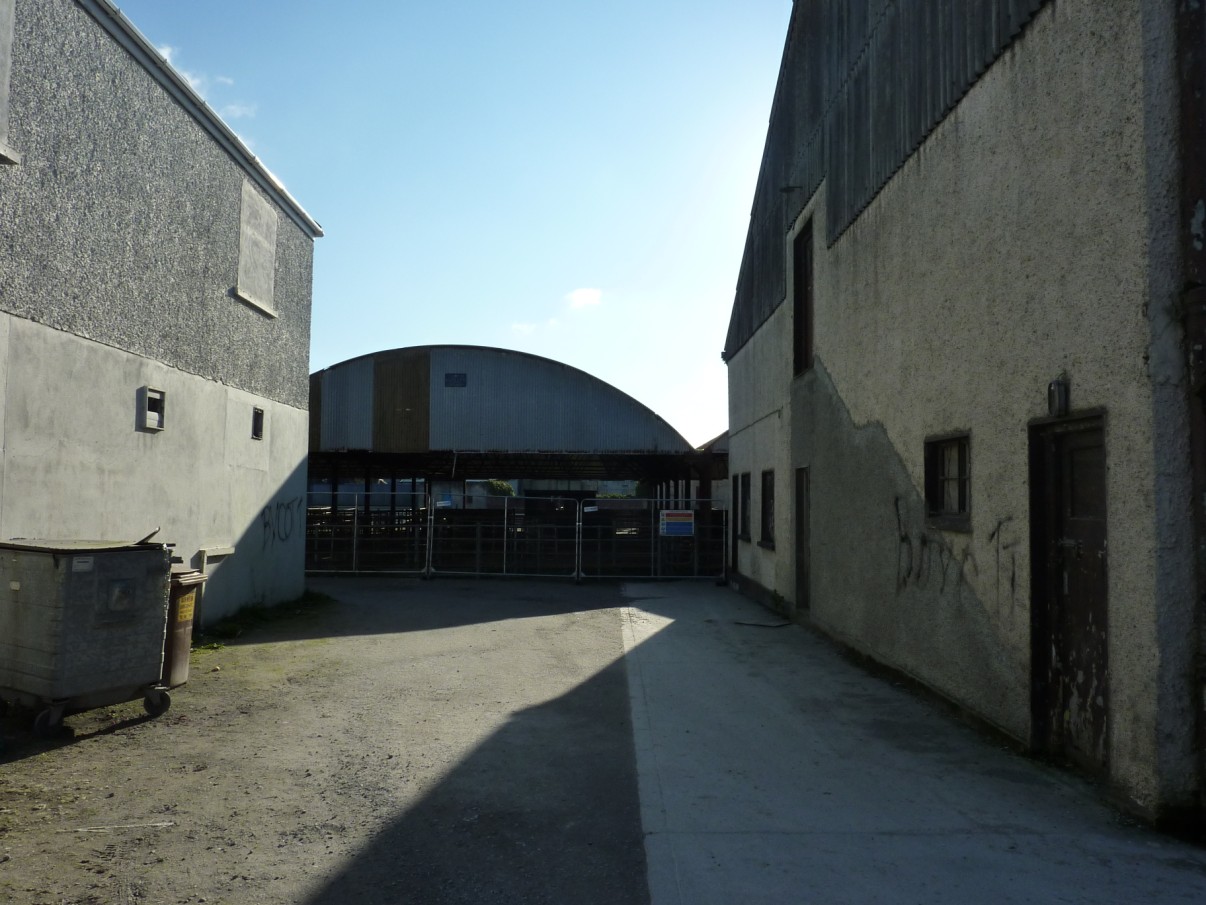 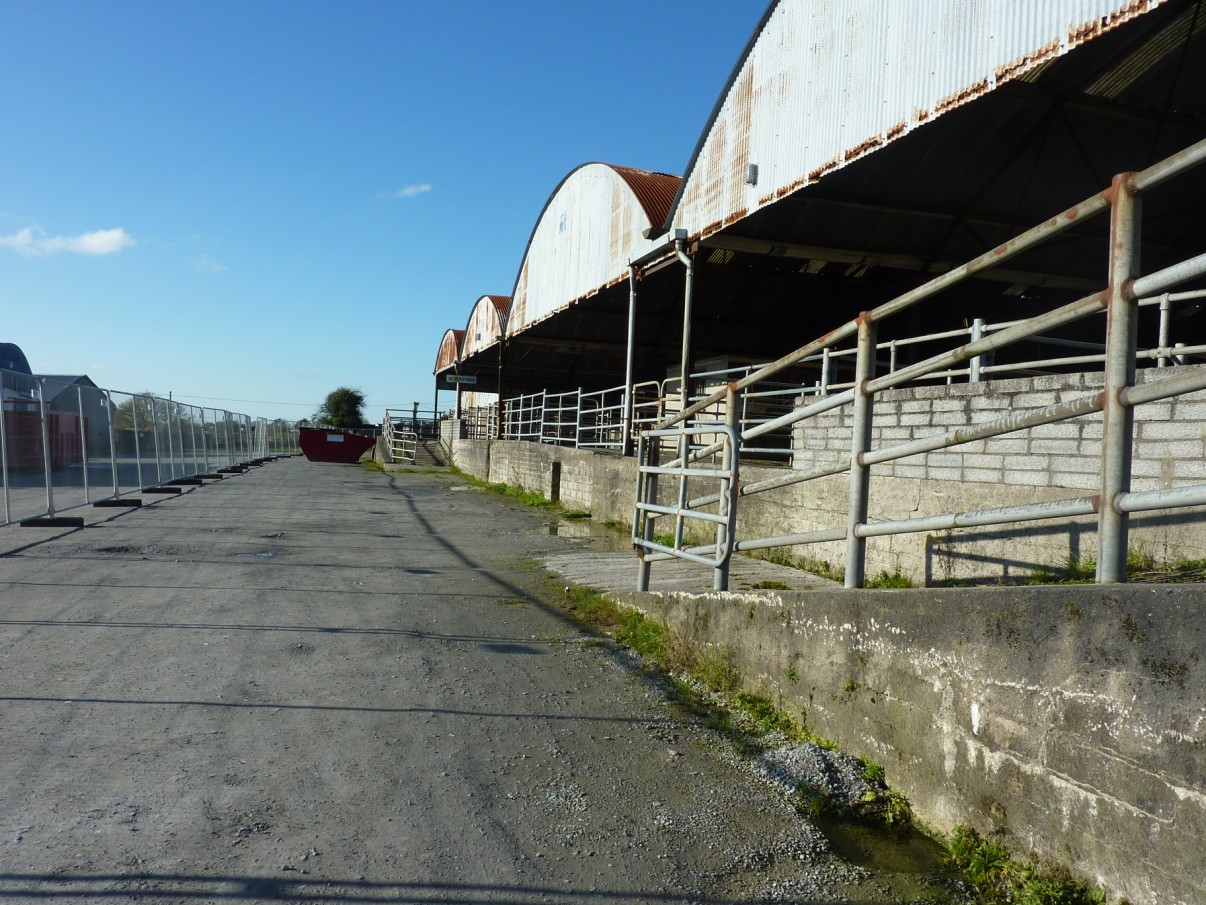 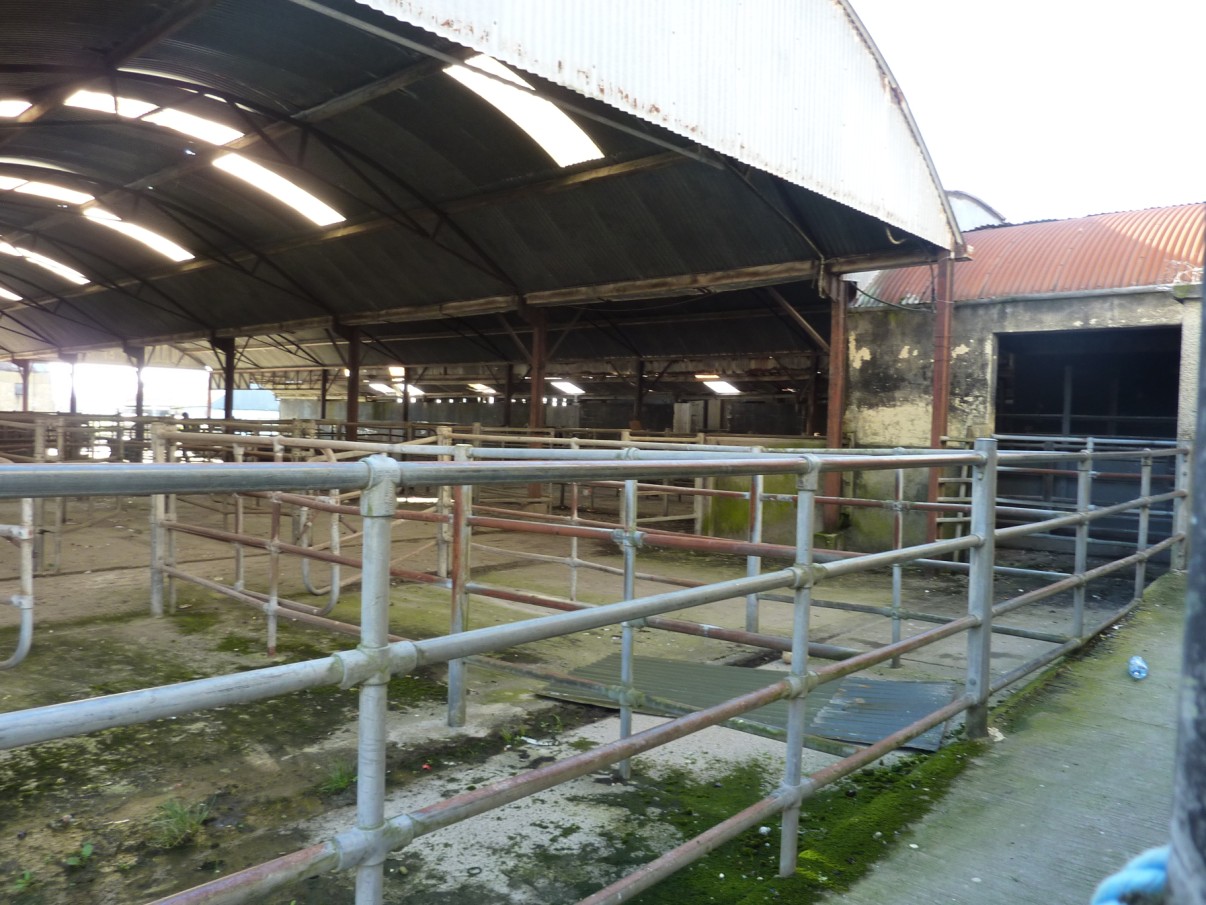 Today I took these  following photos 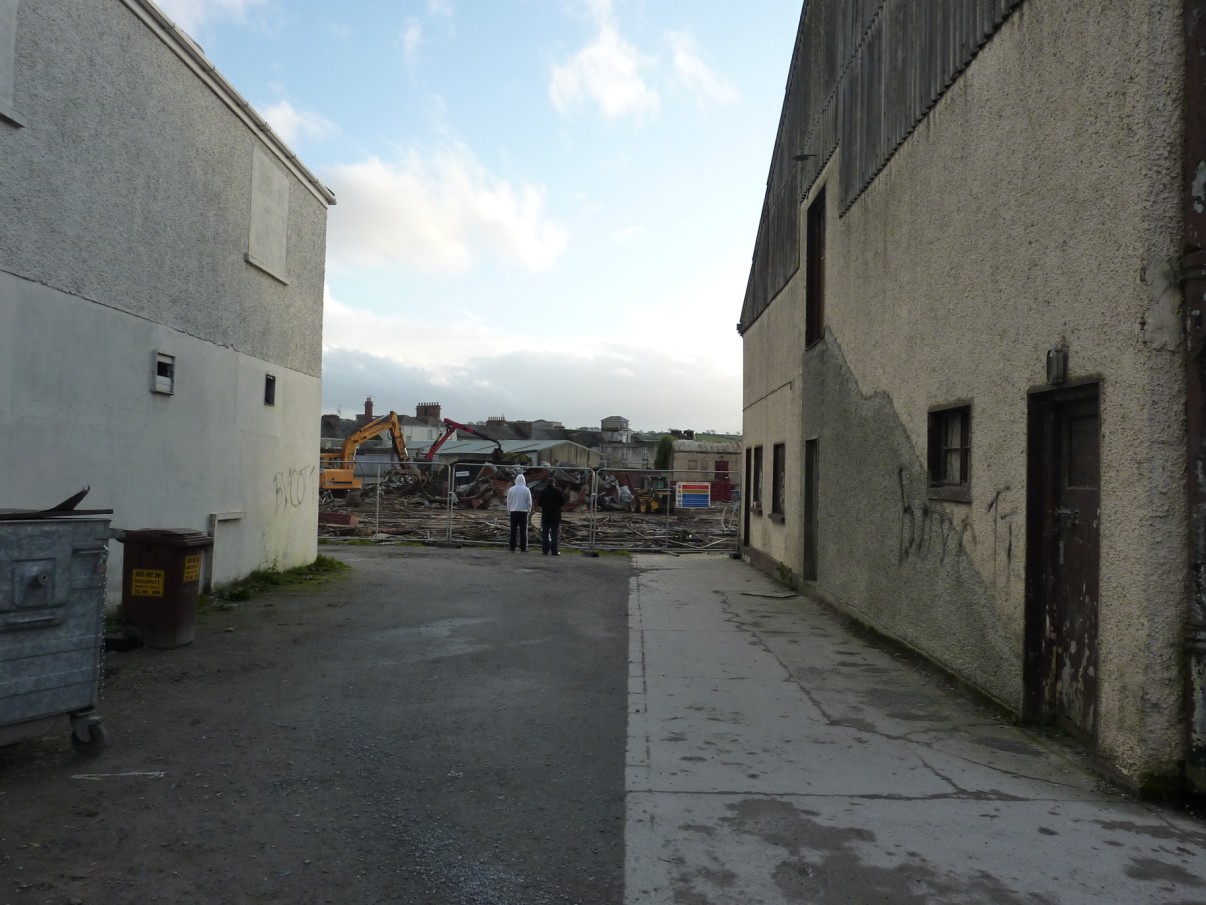 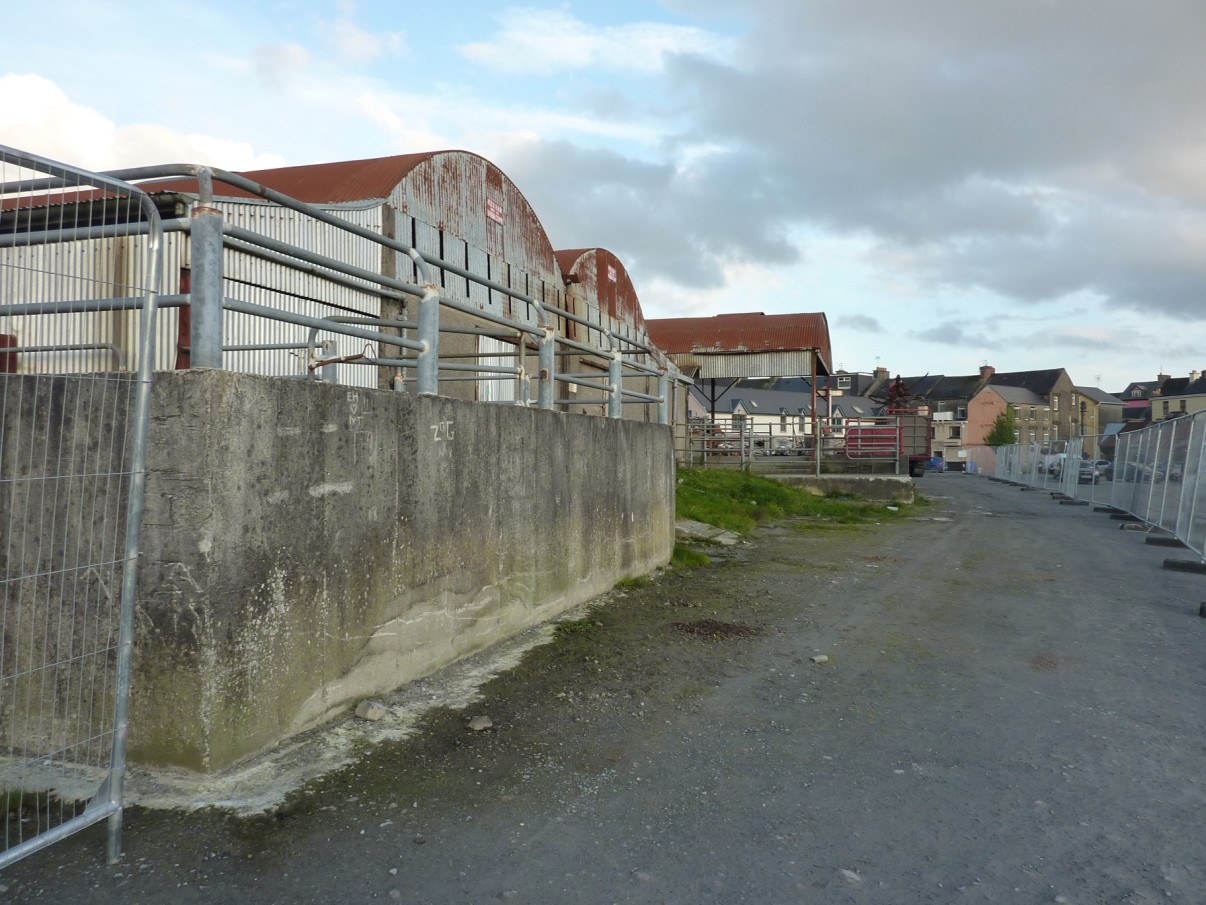 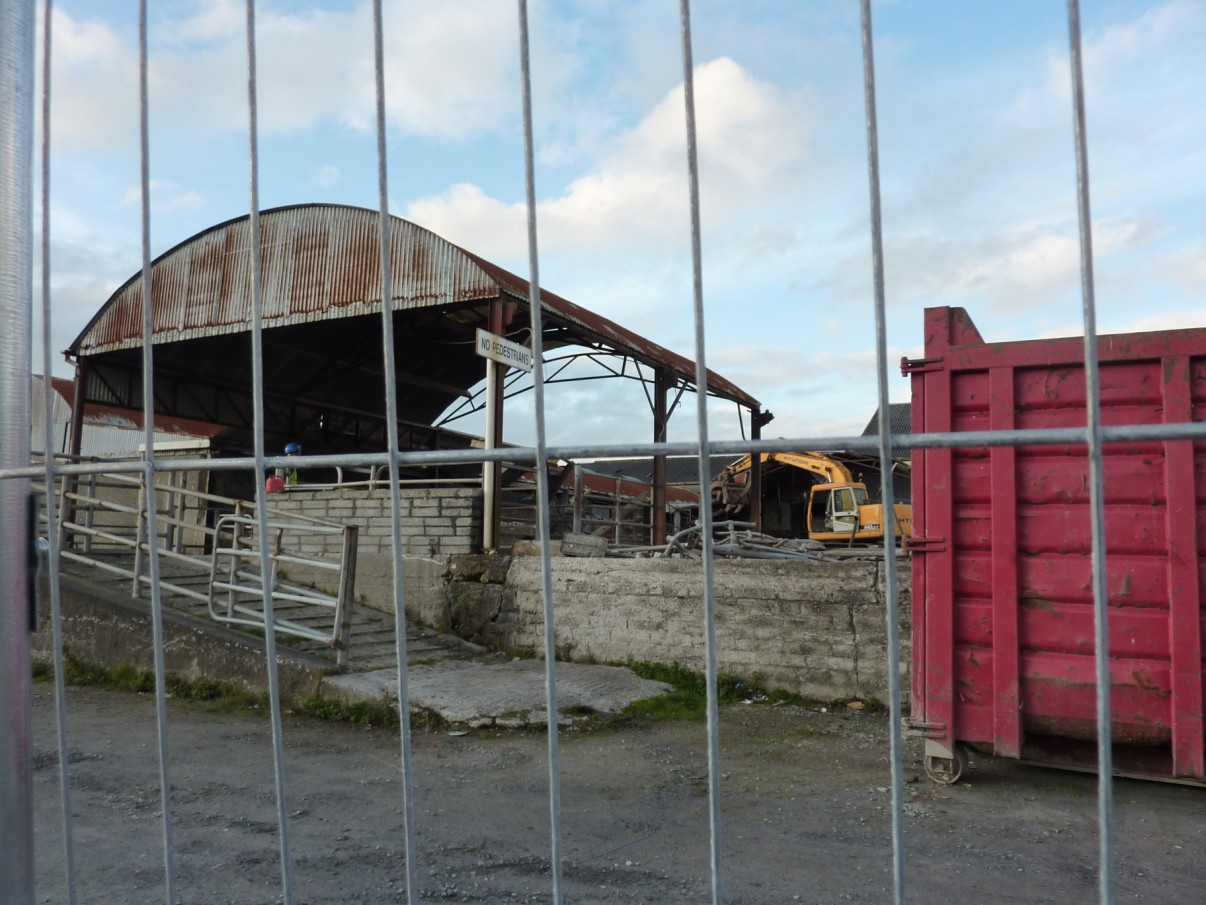 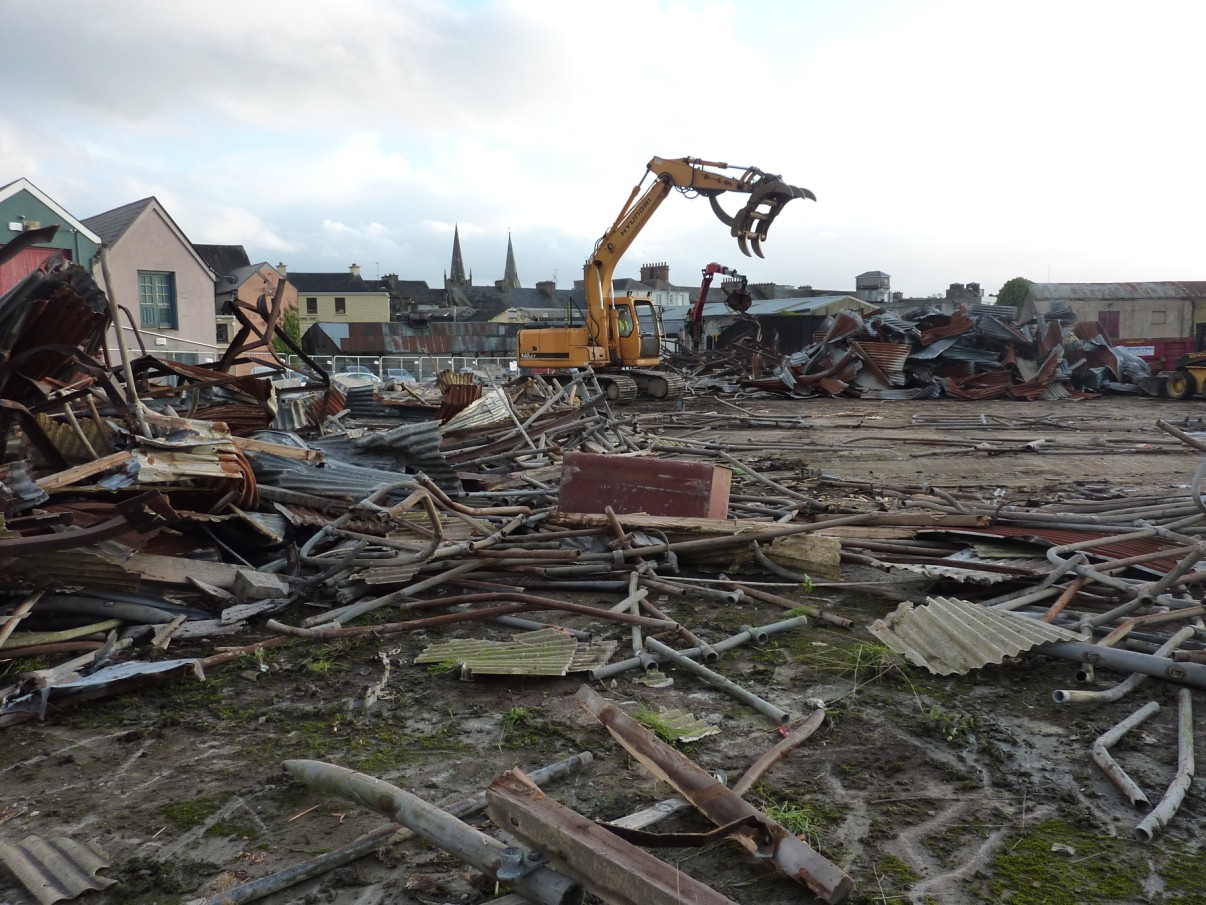 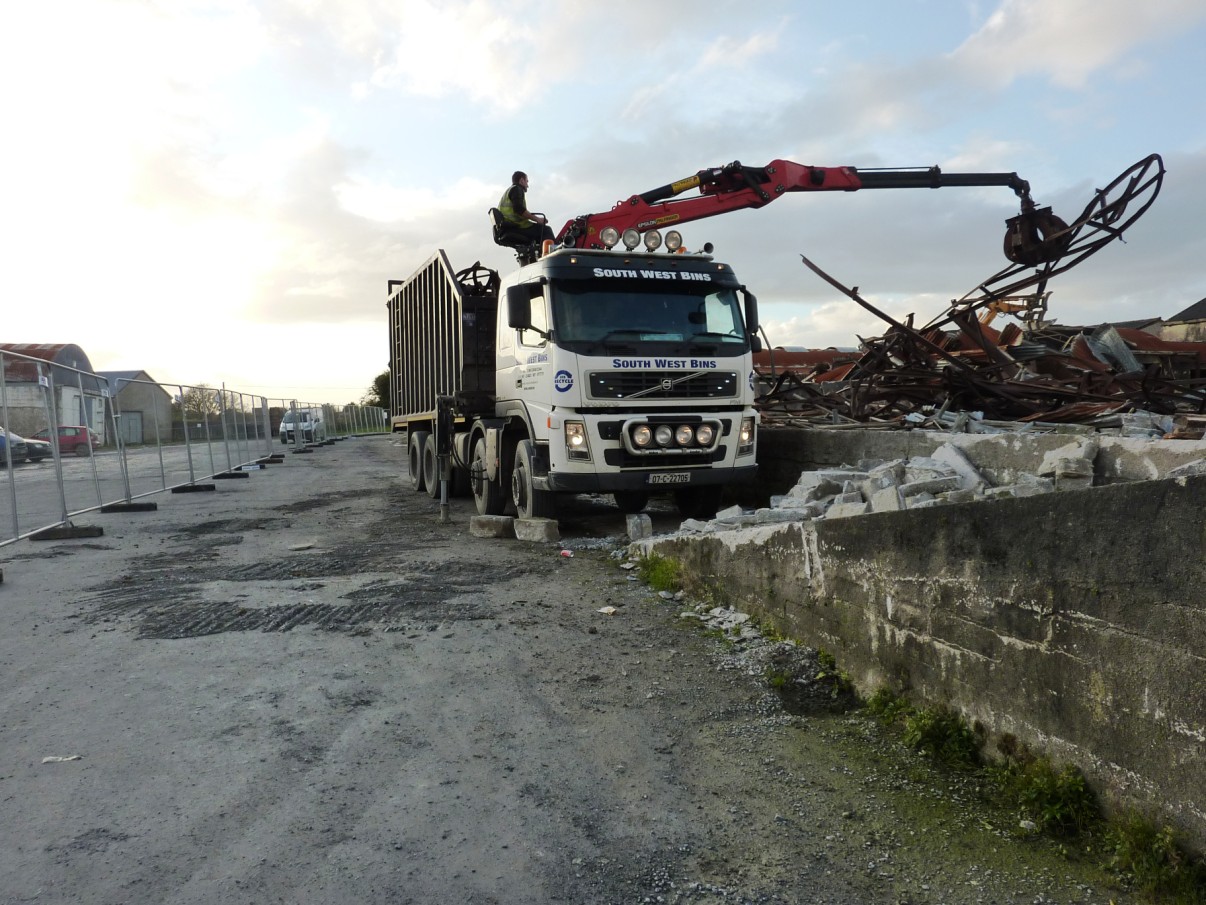 Of course, Listowel Livestock Mart has a state of the art new premises in Tanavalla and the old buildings had become a bit of an eyesore so today is, in fact, a good and a welcome one in town. 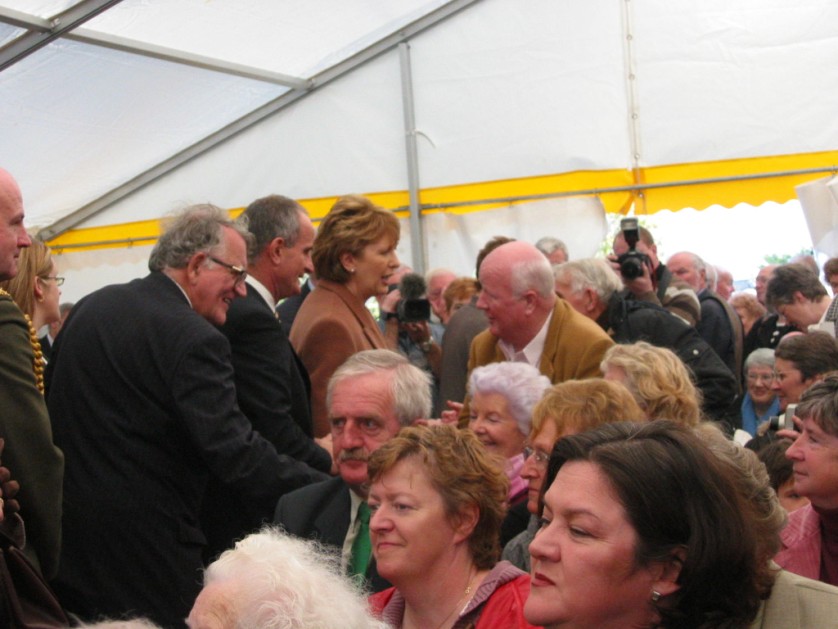 I took this photo in the marquee in the grounds of The Lartigue on the day President McAleese and her husband came to town to perform the official opening.  Do you recognise some well known faces in that crowd? I thought that it was fitting to include it today as we elect her successor.

We are very lucky to have on our committee a very talented graphic artist, Grace Kelly. She has designed this beautiful logo for us and you should be seeing lots more of it in the future.

The Advertiser  http://www.theadvertiser.ie/ has given us the opportunity to submit a weekly column so, starting next week, look out for news of our doings, some old photos and more old guff from me online and in print.

Date for the diary: Friday November 4 another session of music, raffles and craic, this time in The Harp and Lion in Church St. Listowel.

And now for something completely different… 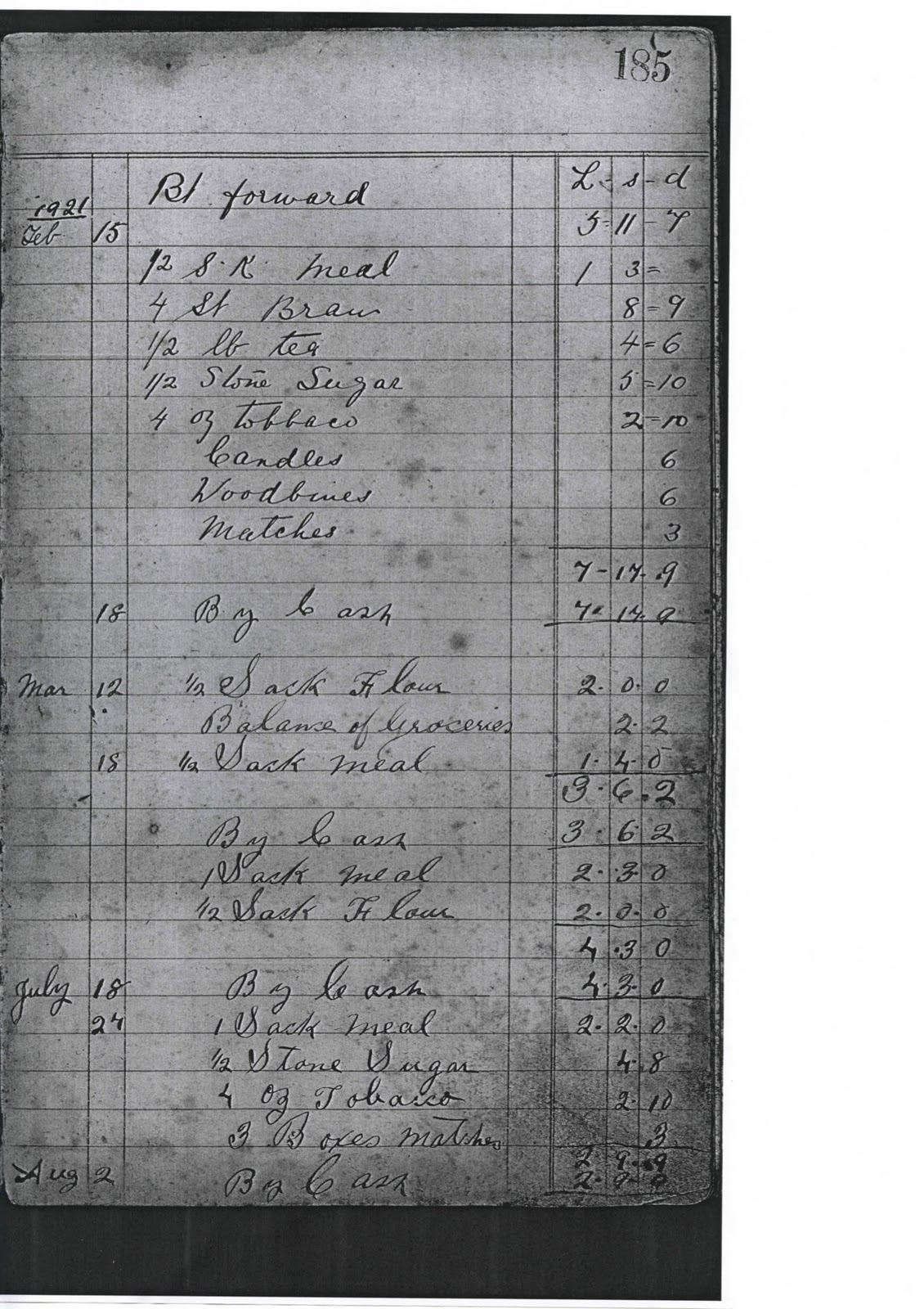 This is a typical shop bill from a Listowel shop in 1921. Note the dependence on tobacco!!!

Listowel people would have had their own meat, vegetables and fruit and, of course, there was no processed food available then.

Julie Evans sent me this lovely poignant poem by an Australian poet. She too had a female ancestor arrive in Australia on the infamous Earl Grey Scheme

They came here in their thousands – little orphan girls,

Having no value and no worth,

Having no place, no purpose on earth,

Gouged from the heart of ’s deathly blight,

No one cared or sorrowed at their plight.

When they landed on this shore the lonely men were there.

Waiting to choose a wife – the chance for this was rare.

The women were waiting to choose their servant girls,

Nobody saw the tears of the little imitation pearls.

Friendships made on the voyage out were lost,

As the pearls across the colony were tossed.

These little orphan girls became the mothers of this land,

Though heaven only knows, that wasn’t planned!

For fate had not destroyed their joy and song,

And God was kind because it wasn’t long

Before they rose above the fear and pain,

The ridicule of others – and disdain.

They taught that freedom of the spirit was just a state of mind,

That pride and love and laughter were first nature to their kind,

Each day and night their work and toil

Brought life into the barren soil,

And finally their roots were sown

And now their love for this great land had grown.

Their sons and daughters carried on their ways,

And many are the thoughts that take us back to those far days,

As Australians we can thank them for the heritage they gave,

For the poets, priests and larrikins – the identity we crave,

And sometimes one can hear their distant voices singing loud.

From these pearls I am descended,