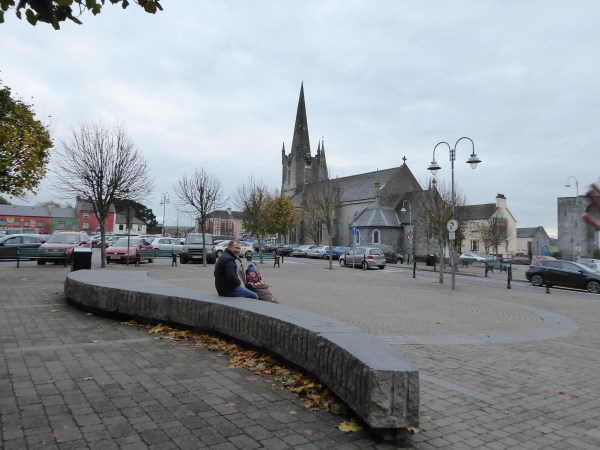 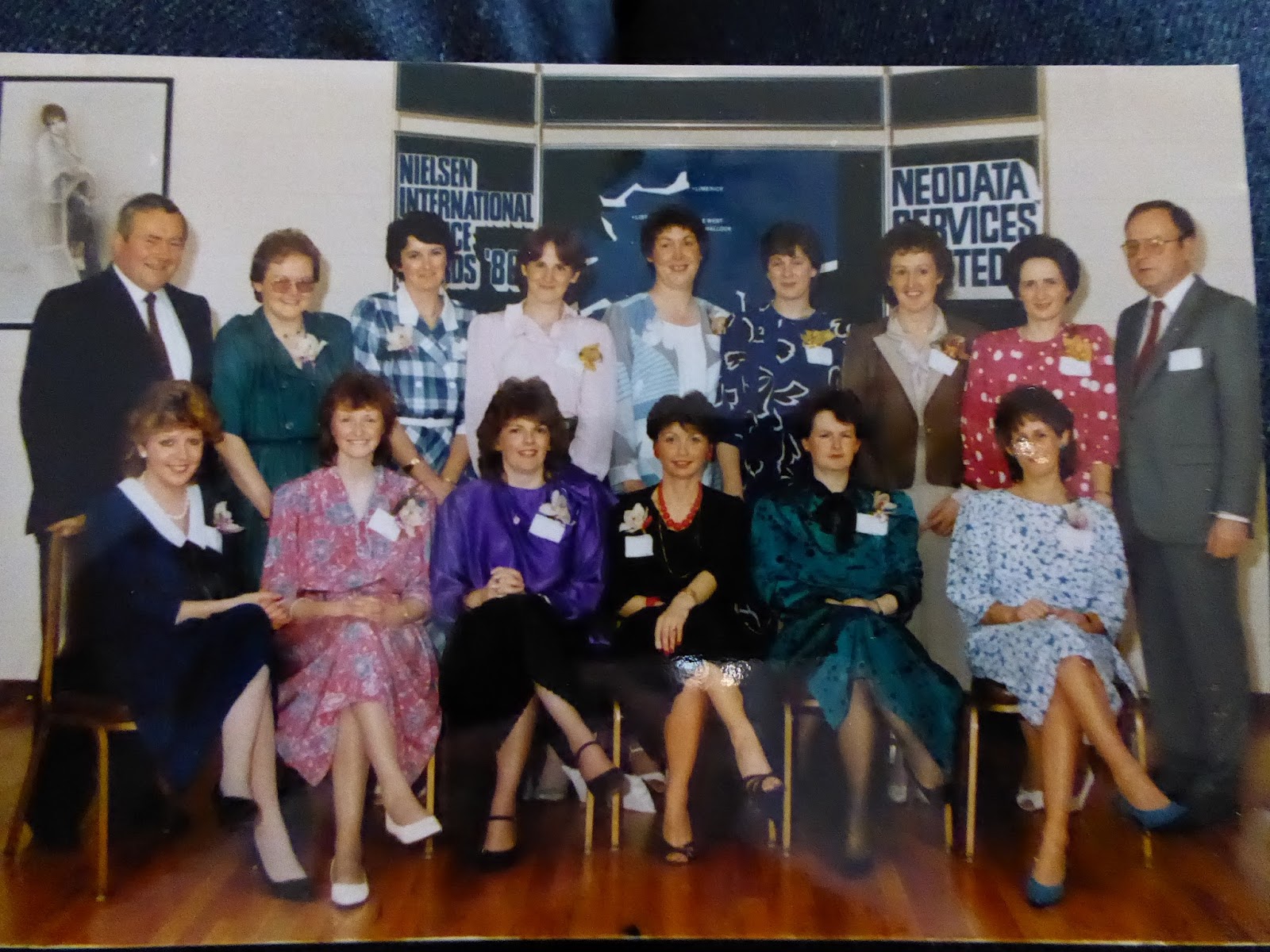 This photo was taken at one of the annual banquets in Limerick. Long service was rewarded with a special pin. Liz Galvin had a gold one which has since been mislaid.

I bet someone reading this has one yet. 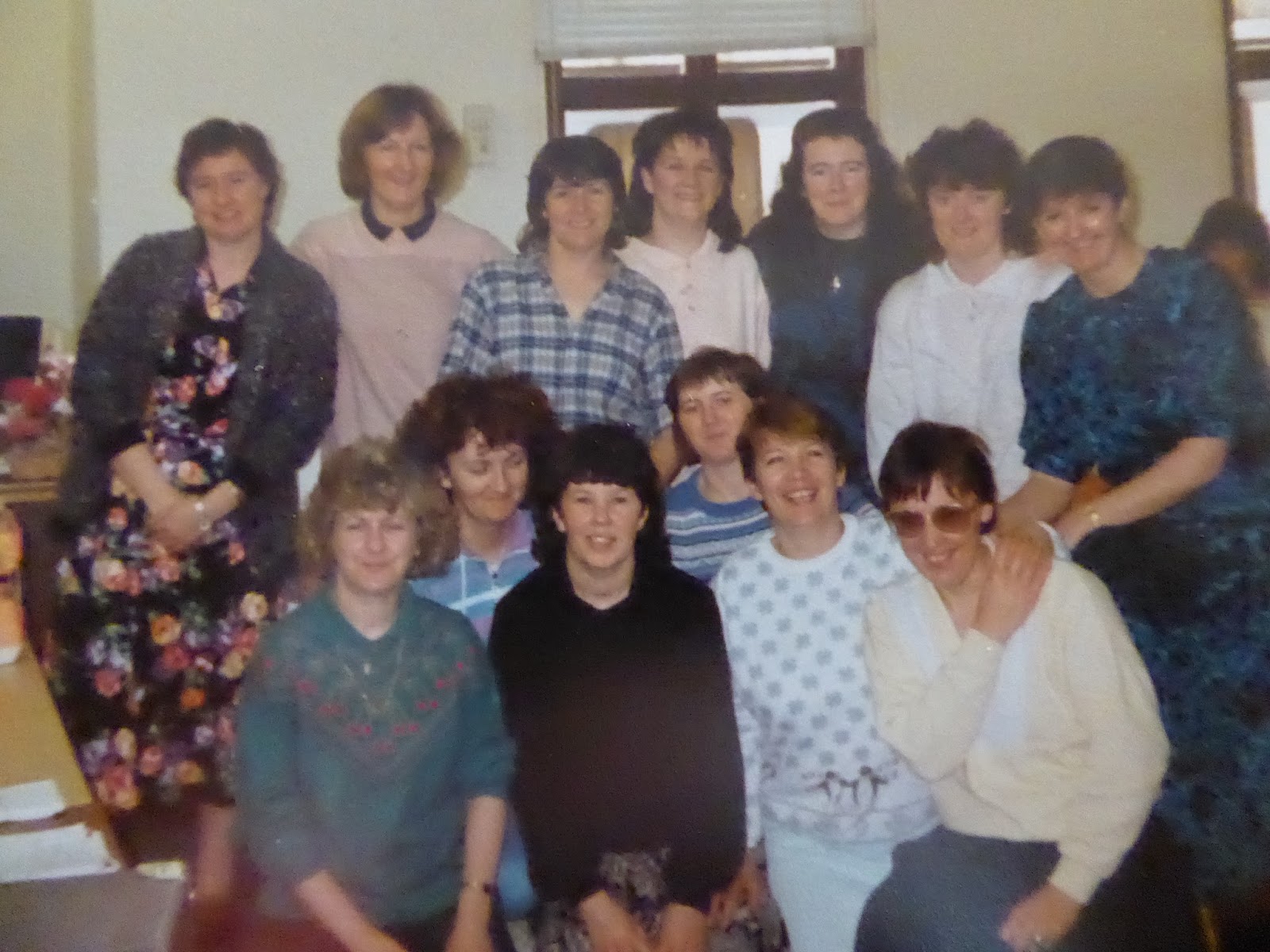 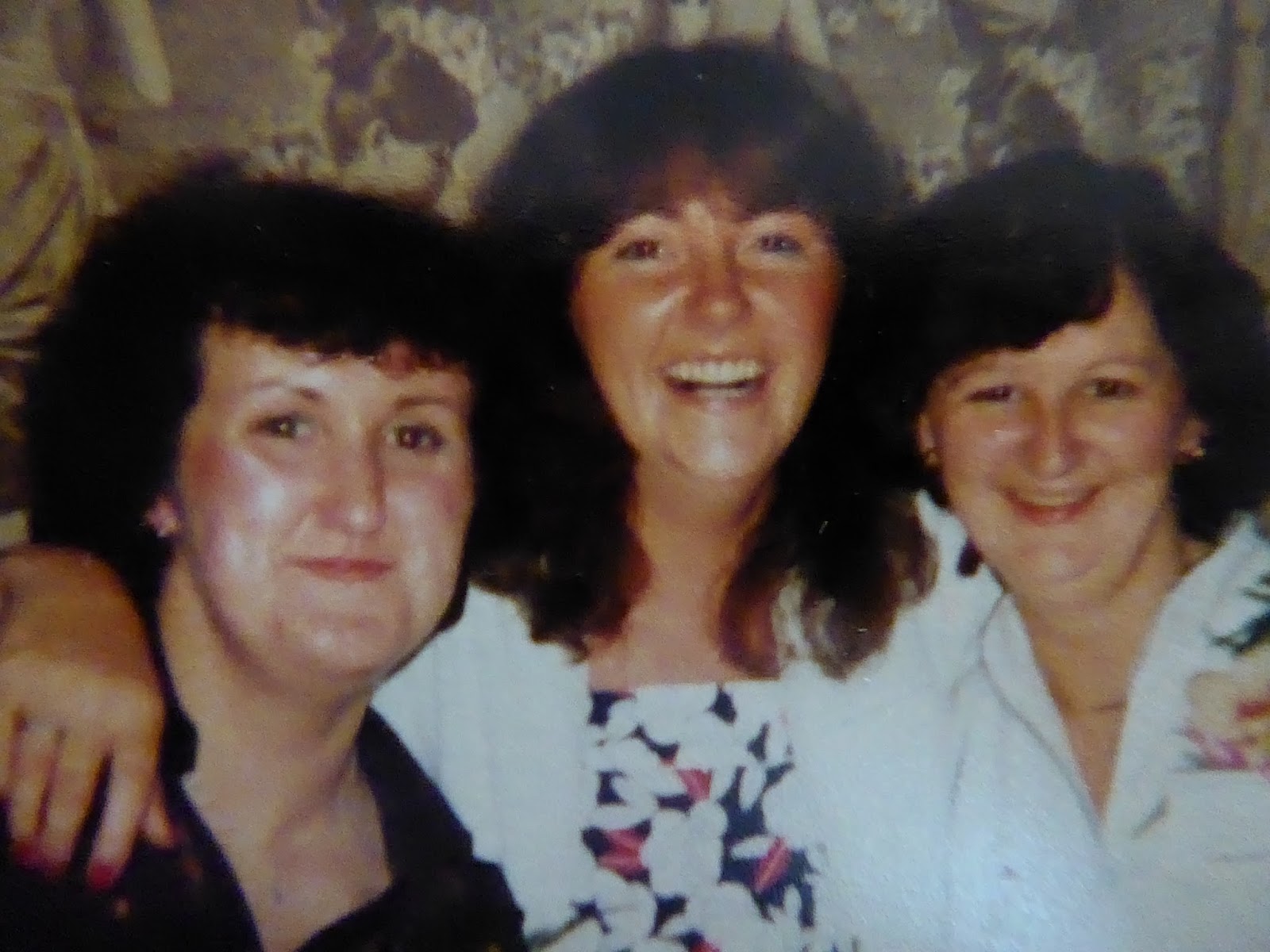 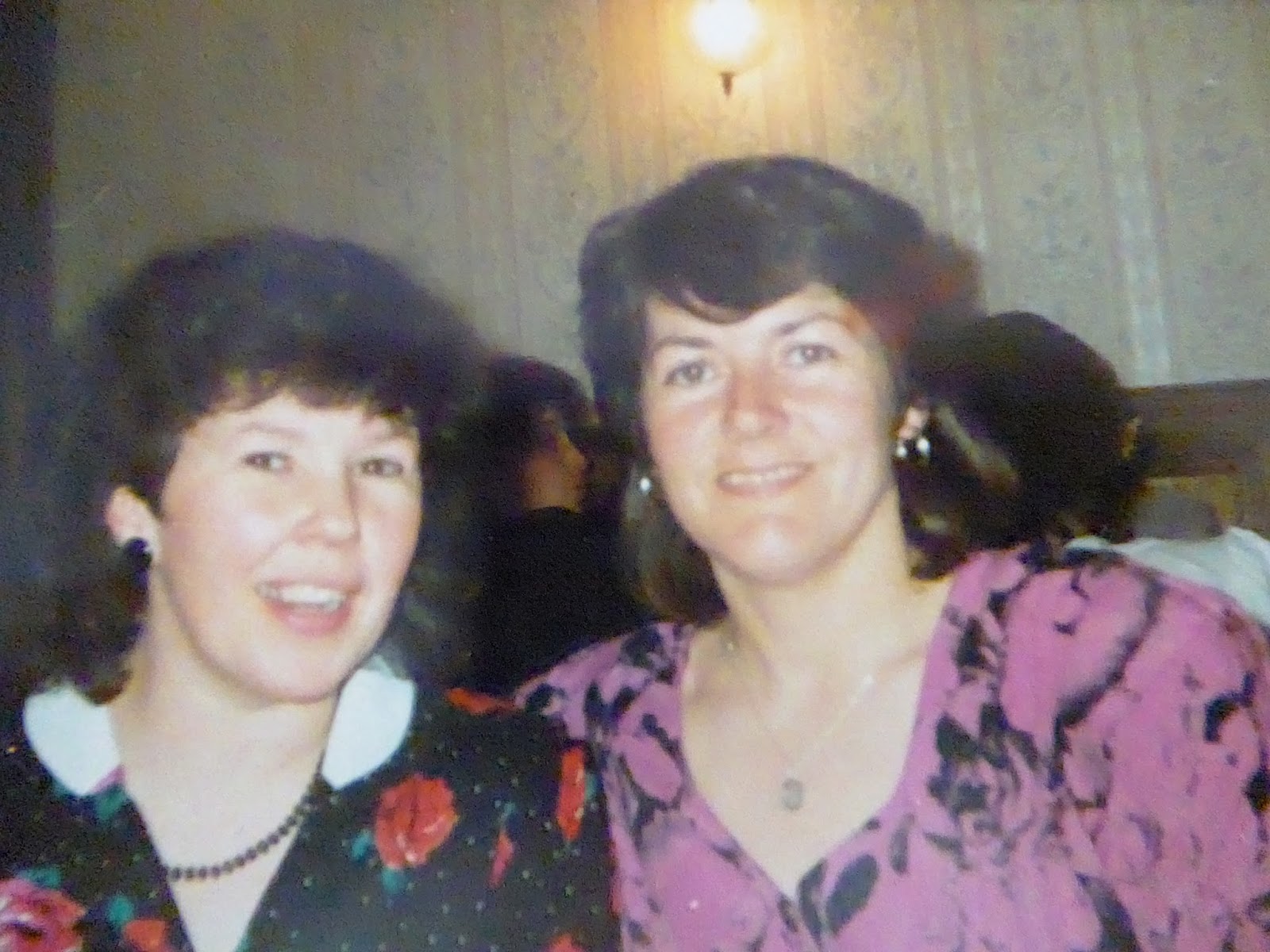 I have been involved at stiles since the mid fifties. I was going to say  ‘doing the stiles’,  but that phrase could be taken out of context, couldn’t it?

How many can remember the old entrance to Austin Stack’s Park with its beautiful façade which was situated on the Boherbee Road?  At that time there was no John Joe Sheehy Road.

The main gate with its two pillars which had the name of the 1891 All Ireland Hurling team on  one and the first winning football team of 1903 on the other. There were four stiles on either side of the gate which at the left was adjoined to Sports Field Lodge. This was the home of the field caretaker, the late Paddy Gannon-Flynn and his wife Mai.

It was in their abode that the day’s takings were counted. I often wondered what were the lovely lady’s thoughts when her home was invaded Sunday after Sunday by up to a dozen men counting money.

Sewing and needlework had to be discarded from the table as the money was thrown everywhere.

The opening of The Pavilion in July 1967 changed all that. The money was then counted there. We do miss the welcome cup of tea, especially in the winter months.

One month in Tralee comes to mind. It was the Railway Cup semi final- Munster versus Ulster in the early sixties. There were three stiles put in place at the old gate which is now the Horan end. I was placed in the centre. My colleague that day was a man who was a candidate in the impending local elections.  My friend canvassed everyone who went in. All I could hear was, “Hello Paddy- Hello Mick, don’t forget me- do the best you  can.”

The crowd was huge. The Railway Cup had a wonderful following in those days.

Nearing match time, the surge was too much and my stile was capsized, with money thrown everywhere. Not only did some people get in free but some people got paid to get in by grabbing coins from the ground.

I was on my knees, trying to bag my money and all  I could hear in the backround was, “ Wisha Johnny, how are you? Do the best you can for me next week.” And so on.

I often thought since, that if the European elections were held in those days, my friend would be a certainty. I honestly believe he shook as many Ulster hands that day as Kerry hands.

My abiding memory of the match is the wonderful display by the late John Dowling, who, to me, was one of the most whole hearted Kerry footballers.

These fabulous photos have come to light recently and are posted on the internet. The shop is Actons. 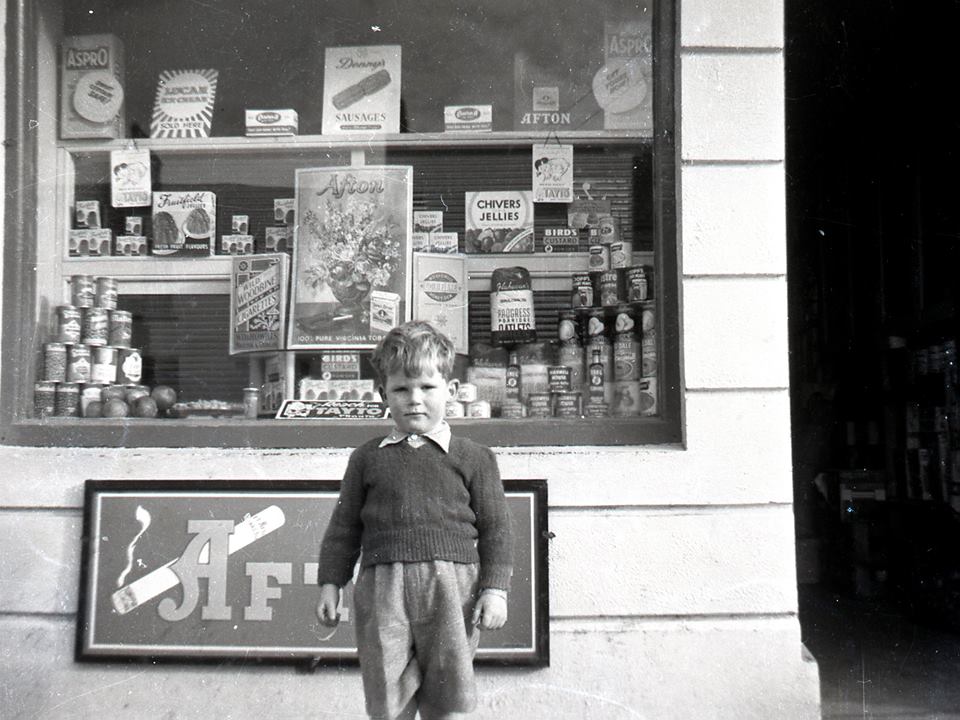 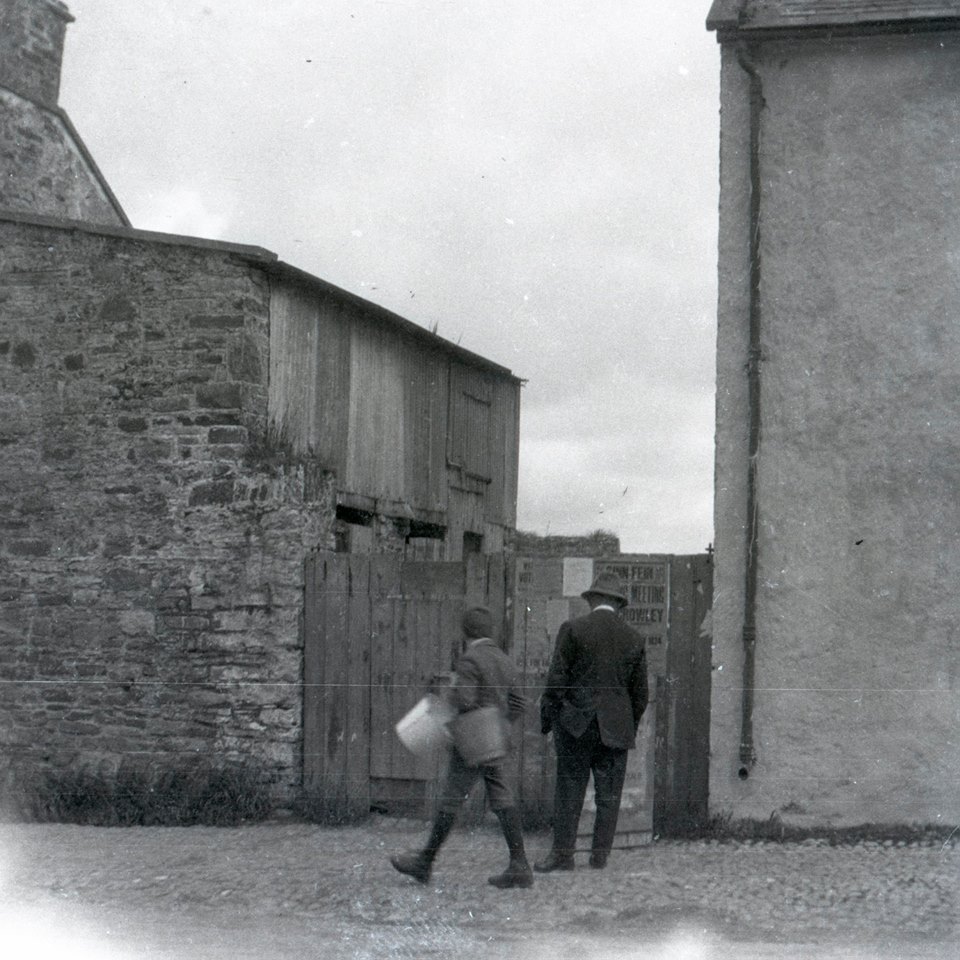 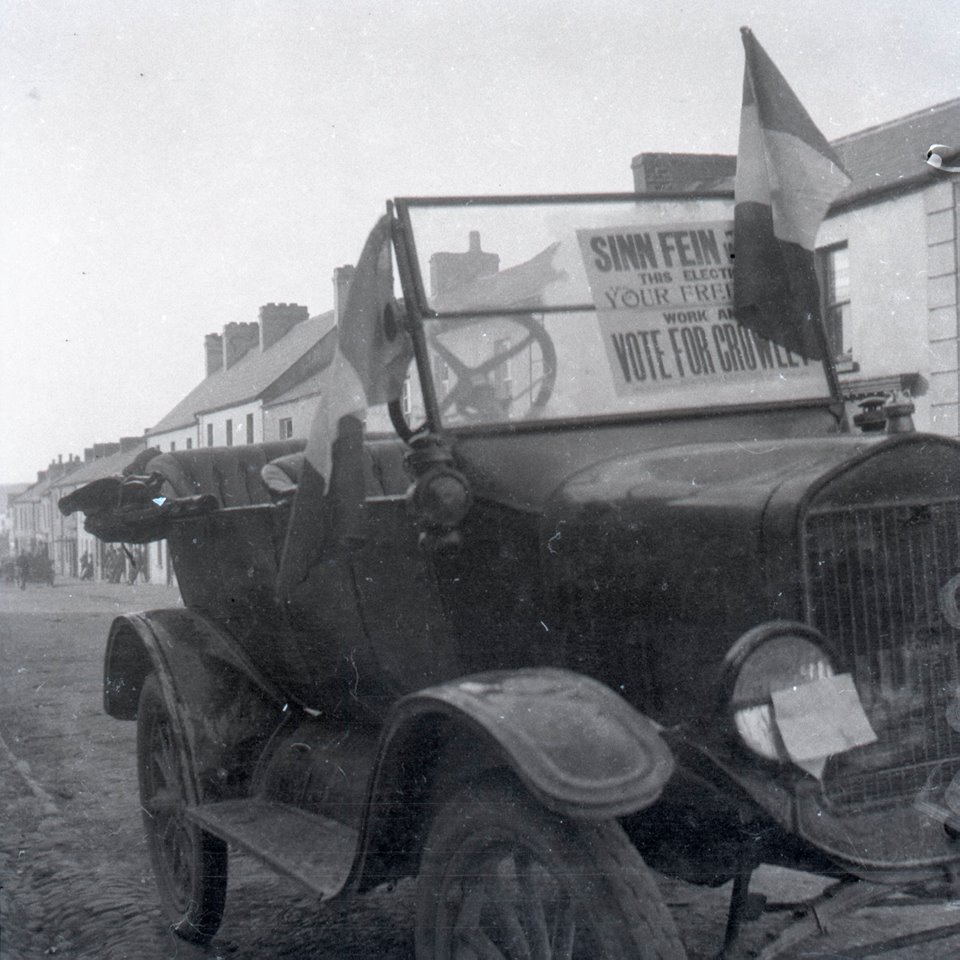 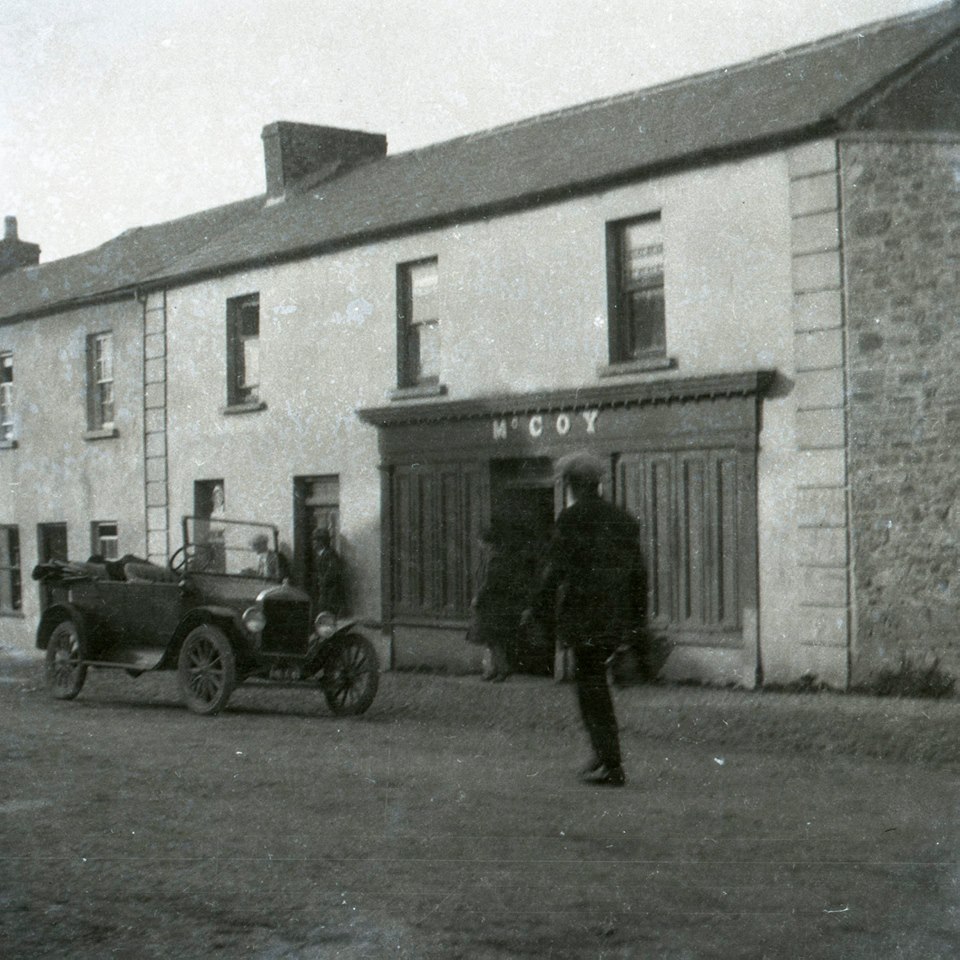 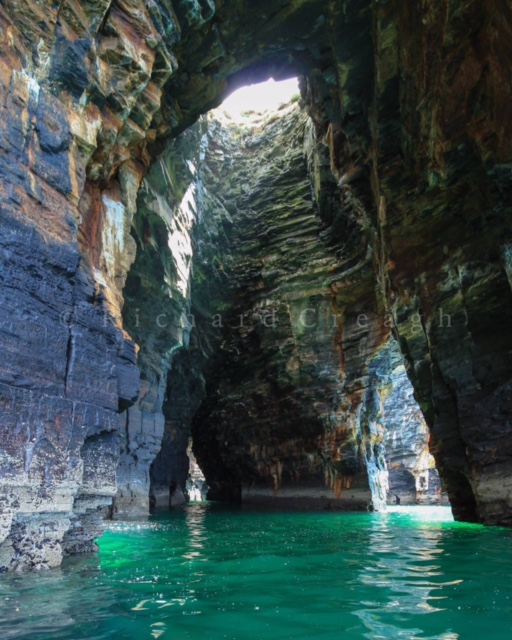 This fantastic picture of Ballybunion’s Nine Daughters’ Hole was taken by Richard Creagh. He researched the history of the name of this blow hole and posted it on his Facebook page and I present it here for your delight.

Cave of the Nine Daughters

Back in the time of the Vikings Ireland must have been a fairly rough place to be living. For over 200 years Viking raiders from Norway and Denmark made regular attacks on Irish settlements, taking what they wanted away with them and leaving a trail of destruction behind. Eventually the Vikings even settled here, presumably to have Irish bases from which to make further attacks into the country. The bastards! Many placenames in Ireland have a Scandinavian origin that we still use today, like Smerwick (Smjǫr-vík – butter harbour) and Wexford (Veisa-fjǫrðr – muddy fjord).

This cave near Ballybunion is known as the Cave of the Nine Sisters, or Daughters even. There’s a story that during a Viking raid a local Chieftan, presumably having accepted the battle was lost, threw his nine daughters into this cave through the hole in the ceiling, for fear of losing them to the Vikings. Many Irish women were taken as slaves by the raiders, and this Chieftan obviously didn’t like the idea. I don’t know if his daughters had any say in the matter.

Most old stories are rooted in truth, however extravagant they may seem after centuries of embellishment. It’s been known for awhile now that Iceland was settled by Scandinavians. Genetic markers have revealed that the majority of the first women settlers were of Celtic origin, while most of the men have roots in Northern Europe. So there may well be some truth to the story of this cave, because the Norsemen were certainly taking women away with them. I’ve been to Iceland twice and the women there are generally pretty good looking. They can thank us.

I made this picture on a kayaking trip in June of 2014. I have another one from further back in the cave that doesn’t show the skylight, but is one of my all time favourites. This one somehow went unnoticed until a few weeks ago when I was asked to make a print of another picture from the same day. It’s nowhere near being technically perfect, and if I had the same opportunity now I know I’d make a much better photograph. It can be hard to concentrate fully on photography when you’re sitting in a sea kayak in a small dark cave and the swell is constantly moving you around, but all the same I should have done better. But it’ll do for Facebook.

The caves here are a kayaking paradise. The colours in the rock are vivid and varied and when the sun is shining the eerie emerald light that’s reflected off the sea casts a glow on the cliffs. A lot of the caves are connected by arches and most stand in shallow water, so the sand beneath gives the sea a tropical look. At least when it’s calm. Just outside this cave is Scalp na Druide (The Starling’s Cave) where you can see great wheeling flocks of the birds settling down to roost in the evenings. There is a walking path past the cliffs that I’m sure everybody in Ballybunion knows about. If you’ve never been you should go.

Big thanks to Geoff Magee of Dolphinwatch Carrigaholt and Michael Flahive of Bromore Cliffs for telling me these stories. They enhance the experience of being in these places so much. And I haven’t even started on the geology of the area…. 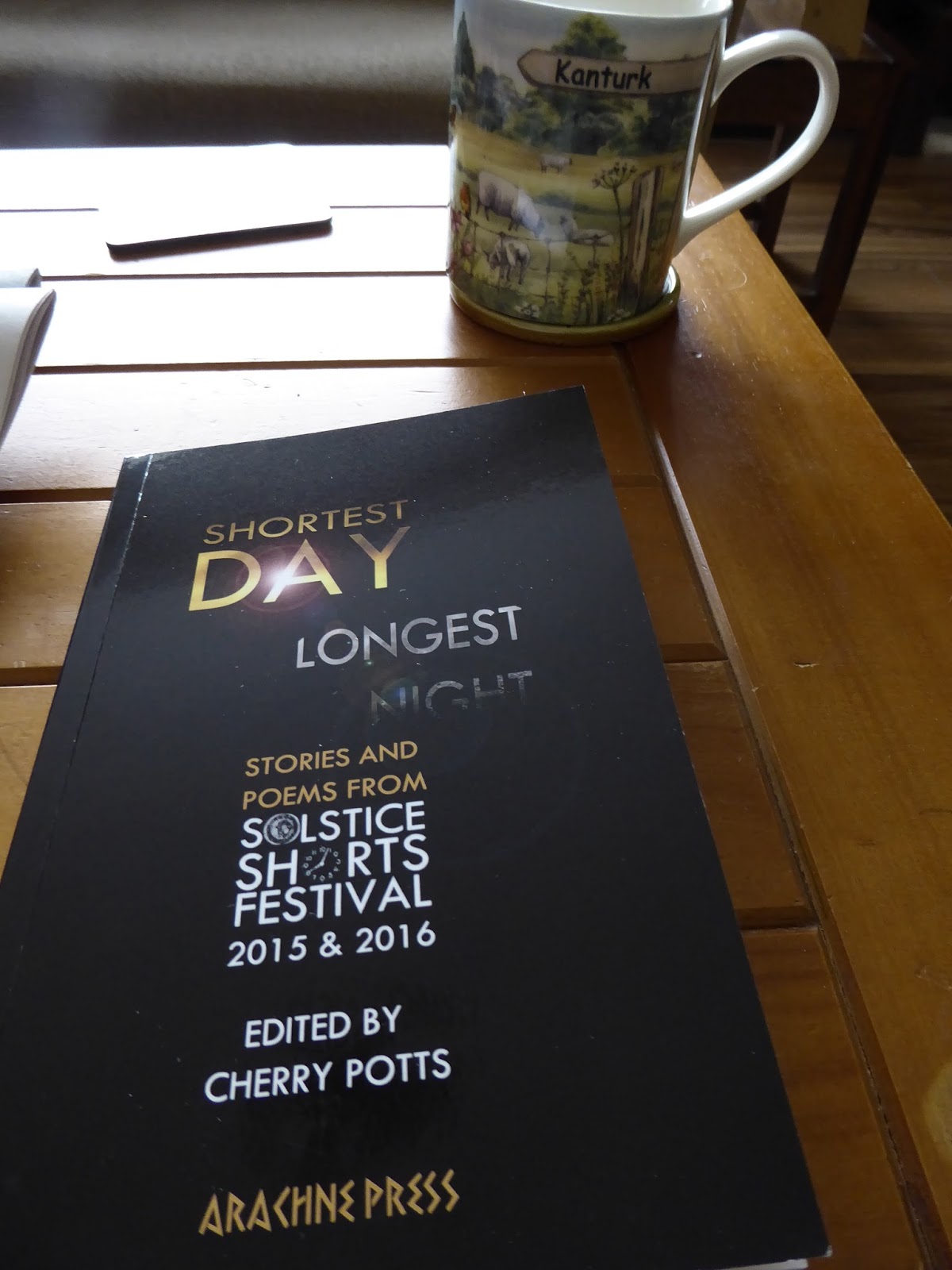 Shortest Day Longest Night is an anthology of short stories and poems to celebrate the solstice. A Listowel man, Neil Brosnan’s  love story with a feline twist is one of the many pieces of fiction included. This a great book for a quick read. I’m enjoying it. 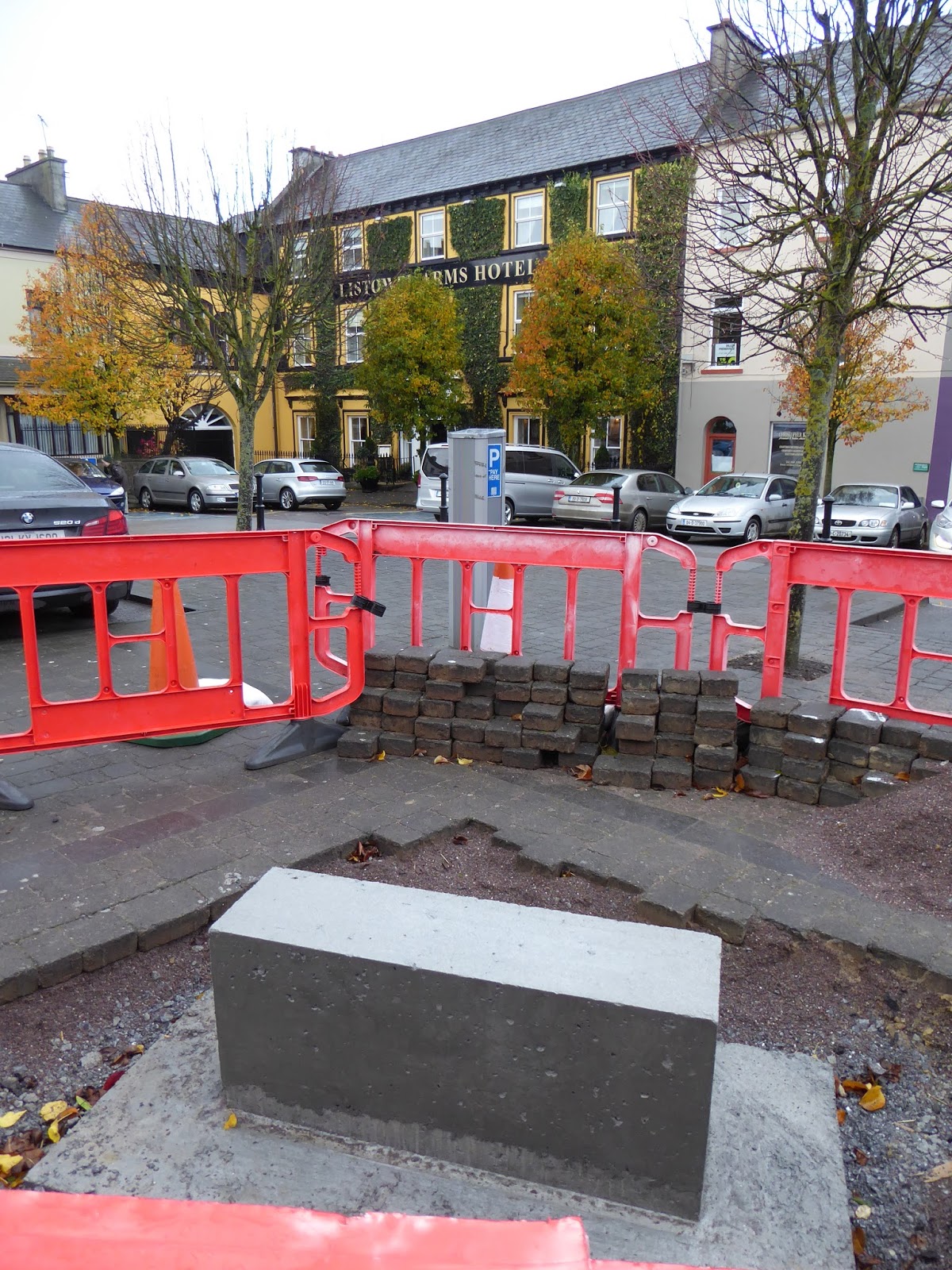 Something is happening here. A concrete plinth has appeared in this island across from the hotel.

Sorry folks, I have no idea. 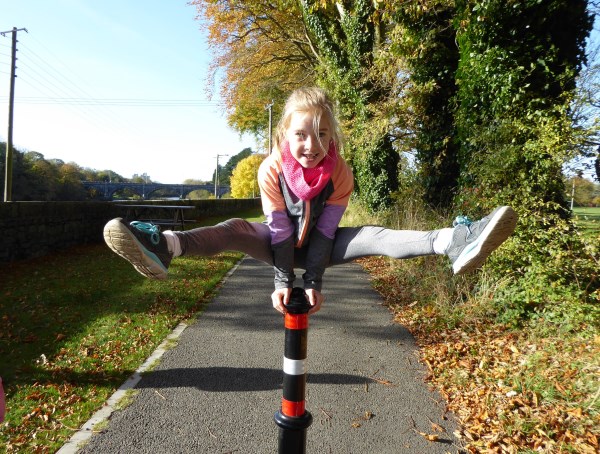 Please allow me a moment’s indulgence. My lovely grandaughter, Aisling, won silver at the National Women’s Artistic Gymnastics competition in UL on Saturday for her floor routine. She was competing in the Grade 3 Under 9 competition.

Her very proud Nana  (me) uploaded it to Youtube.

Charles St., gymnastics and a few changes in town 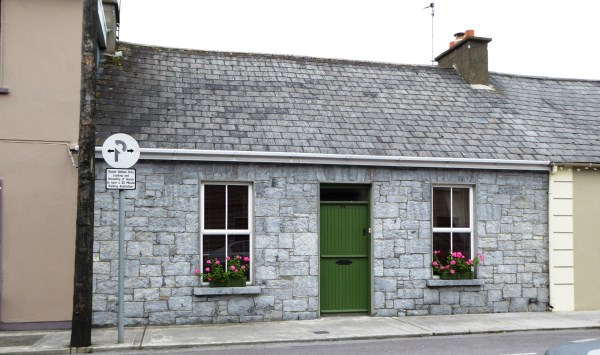 Winter or summer, always one of the most picturesque houses in Listowel. 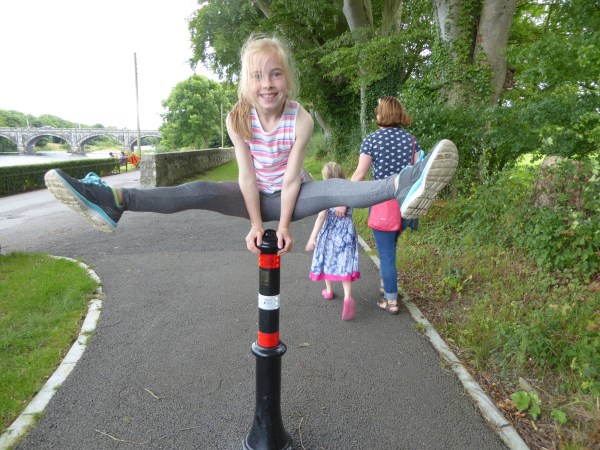 The Olympics is that time every four years when we all become experts on sports we know little or nothing about. My granddaughters are gymnastics mad and Aisling (above) has it as her ambition to represent Ireland in the future. After all, the Olympic dream came true for Gary and Paul O’Donovan. 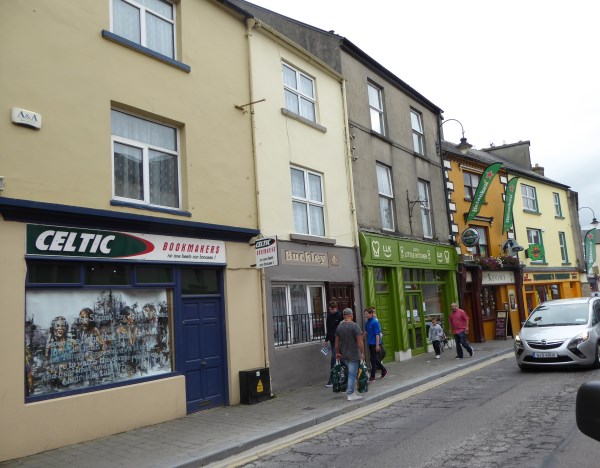 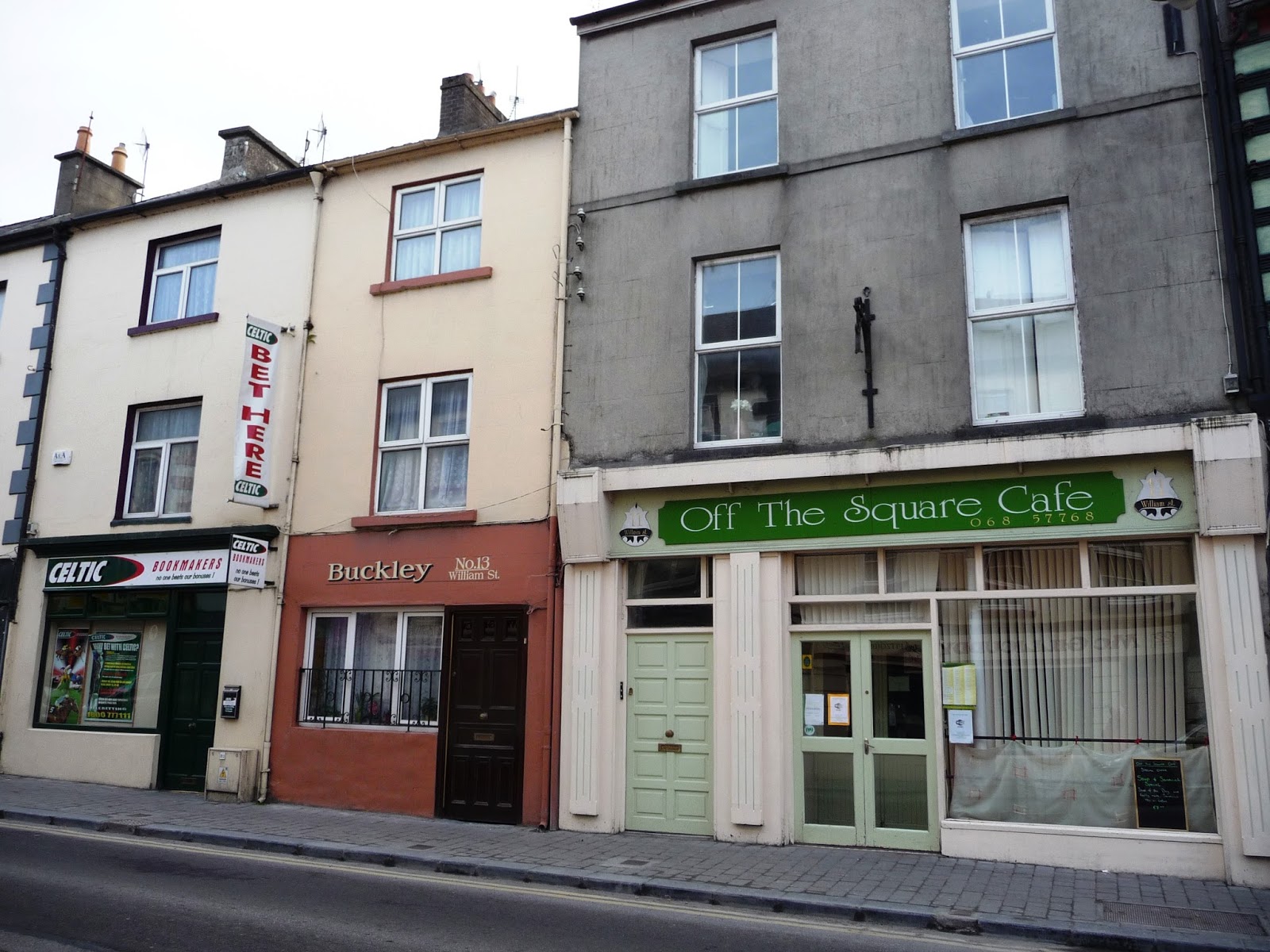 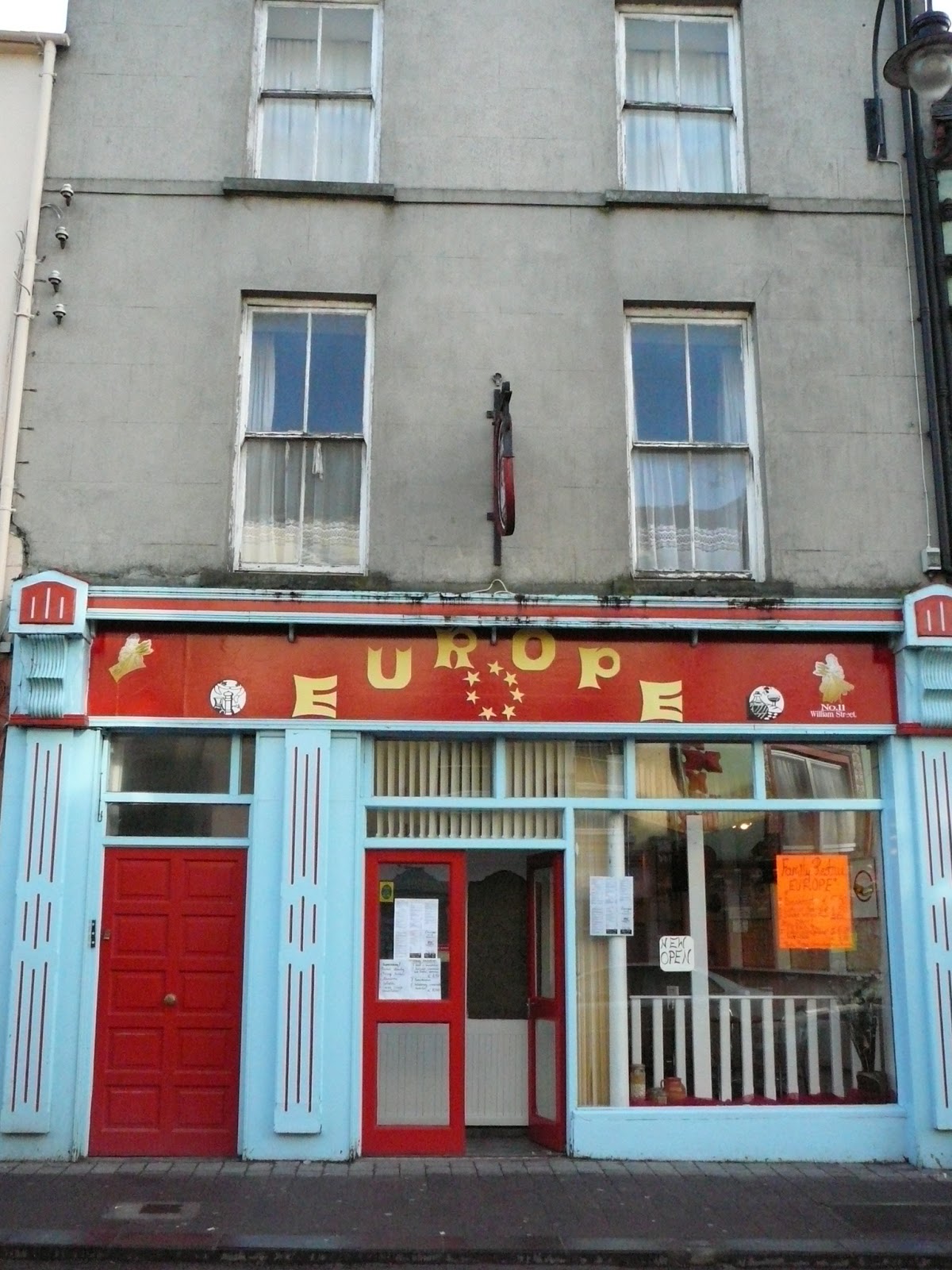 This premises has undergone many changes of ownership. Today it is Lizzy’s little Kitchen. 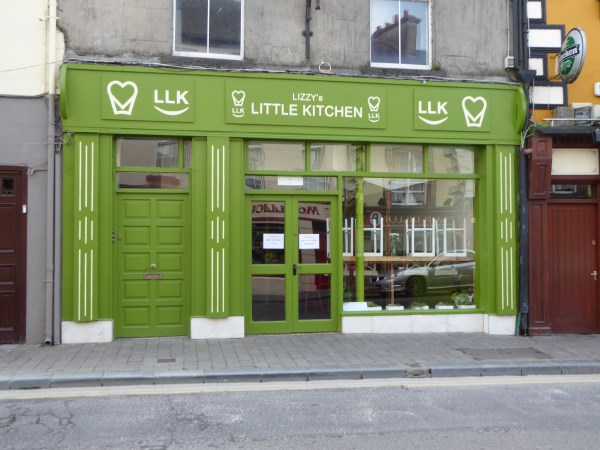 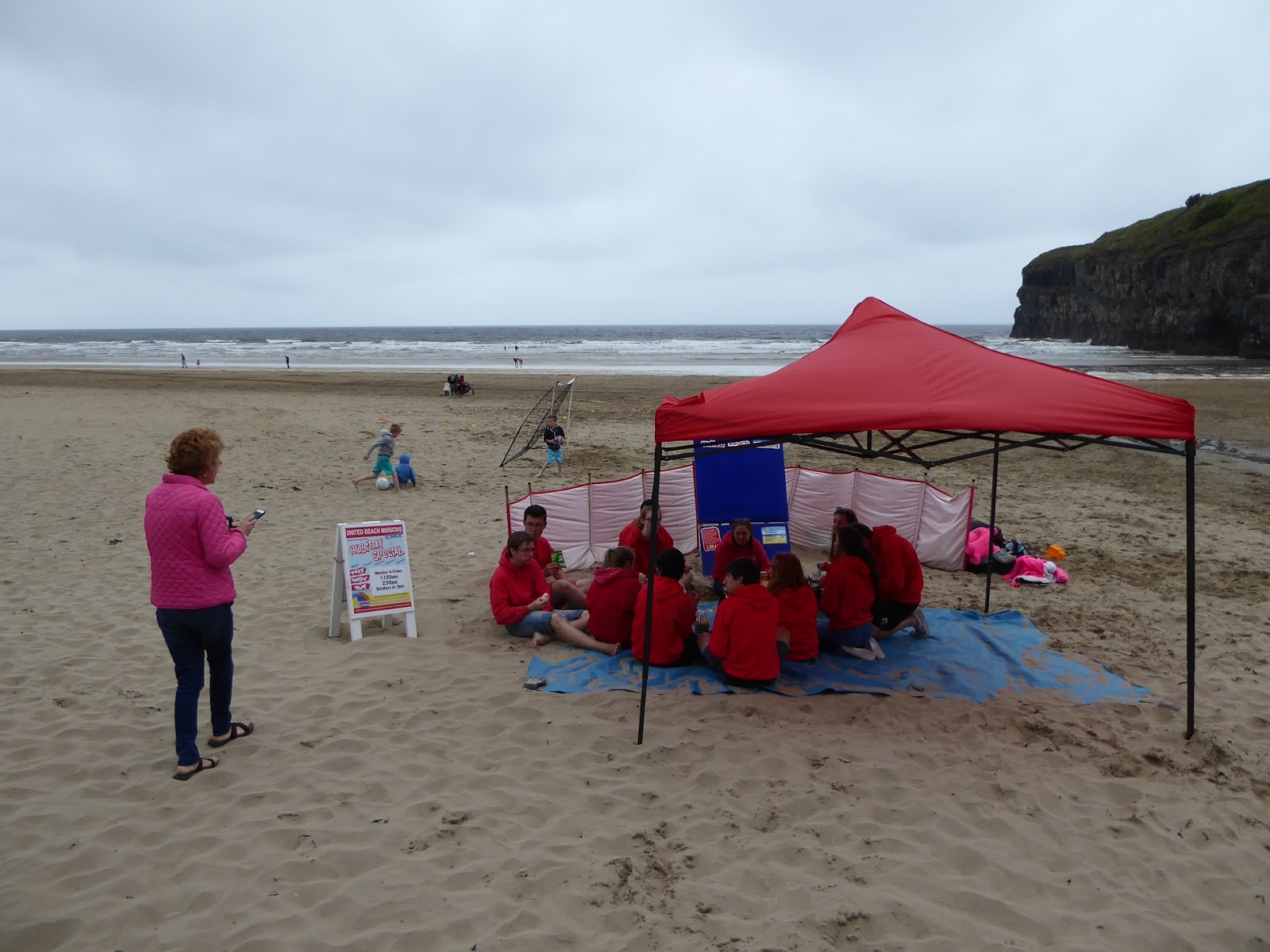 This is the United Beach Mission. They are a feature of summers in Ballybunion for years. There cheerful, happy clappy presence has brightened up many a dull day on the beach.

The role of Kerry women in the 1916 Rising

Lecture by Dr. Mary McAuliffe on the role of Kerry Women in the Rising 100 years ago. 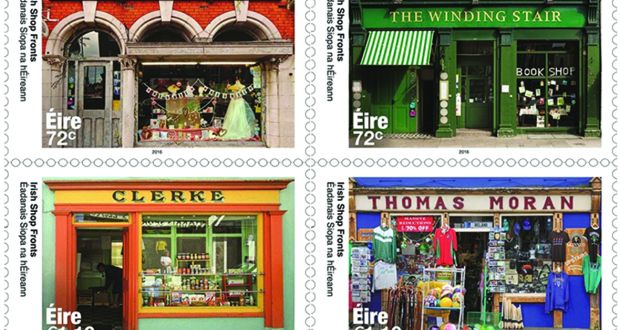