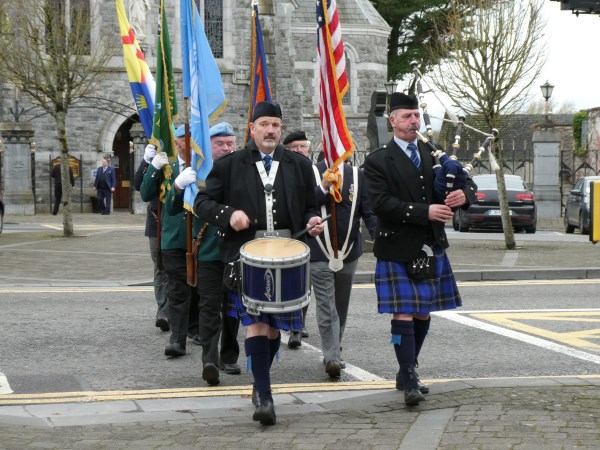 Armistice Day, Remembrance Day, November 11 is a day to celebrate peace but to also remember the horrors of the two world wars that changed our world beyond recognition.

This poem by a little known Scottish poet captures the ‘shell shock” and post traumatic stress of survivors.

When you see millions of the mouthless dead

Across your dreams in pale battalions go,

Say not soft things as other men have said,

That you’ll remember. For you need not so.

Give them not praise. For, deaf, how should they know

It is not curses heaped on each gashed head?

Nor tears. Their blind eyes see not your tears flow.

Nor honour. It is easy to be dead.

Say only this, ‘They are dead.’ Then add thereto,

‘Yet many a better one has died before.’

Then, scanning all the o’ercrowded mass, should you

Perceive one face that you loved heretofore,

It is a spook. None wears the face you knew.

Great death has made all his for evermore. 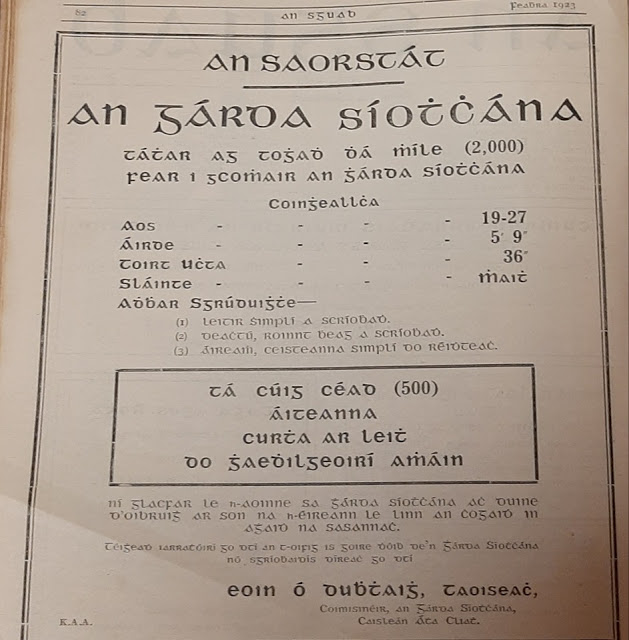 This advert which I posted a while ago aroused great interest.

Vincent Carmody had this to say on the matter;

I was interested in the advert for the new police force. At one time I made a lot of esquires when I  was researching details of an uncle of mine, Patrick Walsh of Pollough, who joined the new force in 1924.

When plans for the new force were been drawn up,  Michael Collins was very anxious to have a crossover of serving R.I.C. officers and constables join the new Irish Police force. This was,  of course, to avail and use their expertise. However there was a lot of bitterness and resentment among many of the men who had been active in the I.R.A. and who would still have regarded these ex- R.I.C. men  as the enemy. This movement would have spawned the Kildare Mutiny,

From figures that I have since gleaned from that wonderful historian, ex Chief Super. Donal O’ Sullivan,  between 150 and 200 from the R.I.C. would have signed up initially, with many of these resigning through intimidation, of the total number who joined, 60 men stayed in the Garda Force until their proper retirement age.

Back to my uncle Patrick, I checked with Garda Archives  and found that he had served in the old I.R.A. and then joined the pro Treaty side during the Civil War. He joined the Guards on the 28/8/1924 and his first posting was to a town in Co. Cork on 8/1/1925. He remained there until he resigned on the 5/9/1928. The official reason was that he was intending to emigrate to America.

However like all family history, I found that there were stories behind the story. Patrick would have been the eldest son of the Walsh family and as Irish tradition goes, he would, if he had wanted, been likely to inherit the Walsh family farm, My grandmother Mary Walsh, however, had a wish that her eldest son to go for the priesthood as soon as he had completed his time at St. Michael’s. After his leaving certificate, and deciding against the priesthood, he joined the local I.R.A. along with his cousin and friend Con Brosnan and many others from the Clounmacon and Moyvane areas. Following the Treaty, he, again like Con, joined the new Free State Army as a private. Following the Civil War and reluctant to return to farming he joined the Gardai.

According to Con Brosnan, who once told me, Patrick was an above avarage footballer and when based in Cork, he played with distinction with the Cork Junior team beaten by a point in Killarney by Clare in the Munster Junior Final of 1925. Football was to figure again in the story of his early retirement from the force, whereas the official line was that he resigned voluntary as he had intended to travel to America, I have found out the he, along with the rest of his team-mates from the club which he was playing for, had won a divisional championship and were celebrating in a number of local pubs on the Sunday night of the final. In those days, Sunday drinking was taboo, so people found on, if caught, would be taken to court and fined. In Patrick and his teammates case they were caught in two different pubs by the Sargent of the Gardai, who was on duty that night. Whatever about the general public, it would have been regarded as a major scandal for a serving Guard to be found drinking outside regular hours. So, in order to avoid an inquiry, my uncle took the easiest way out and made a clean break, voluntary retiring, saying he wished to go to America. Instead of which, he went to Australia, where he lived until his death in the late 1960’s.

In John Bs, ‘Self Portrait’, he describes how, when in England, he and his friend, Murphy,  saw joining the British Navy, would have been an ideal way of seeing the world, having filled up the entry forms and listed themselves as been Irishmen, the petty officer having read the forms, duly told them that they were British as were their parents. Unwilling to give way in terms of nationality, John B and Denis Murphy retreated, with John B later recalling in his book, ” The Royal Navy suffered a terrible defeat on that day, even if it doesn’t know about it. It lost a probable Drake and a possible Nelson.

In that sense and in the same vein  I wonder, did the Gardai lose a possible future  Commissioner when Pat  Walsh resigned in 1928 !!!!

And Nicholas had another insight into the eligibility or otherwise of some candidates;

Most interesting advert for An Garda Síochána from Eoin Ó Dubhthaigh, Commissioner.  Might I point out that, as Gaeilge, it specifies that anyone who had NOT worked for Ireland’s cause in the battle against England would NOT be accepted- hence many applicants sought and received ‘nominations’ from ex-IRA members of standing to show that they had been active in the fight. We must assume that these were true. But if they were handled the same as pensions for some such warriors, then….. Nicholas.

A Book That Changed my Life

A Minute of Your Time has brought a shower of blessings into my life. 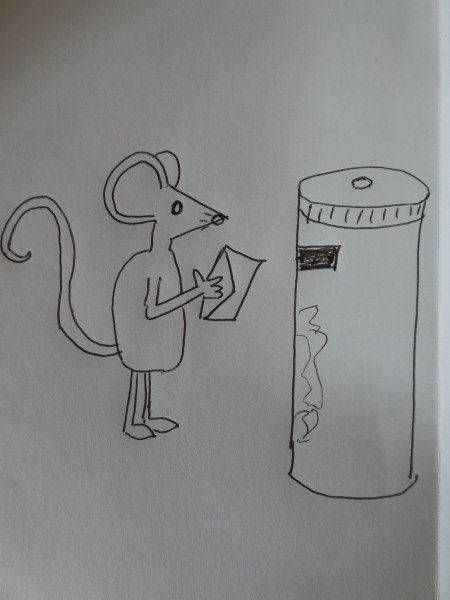 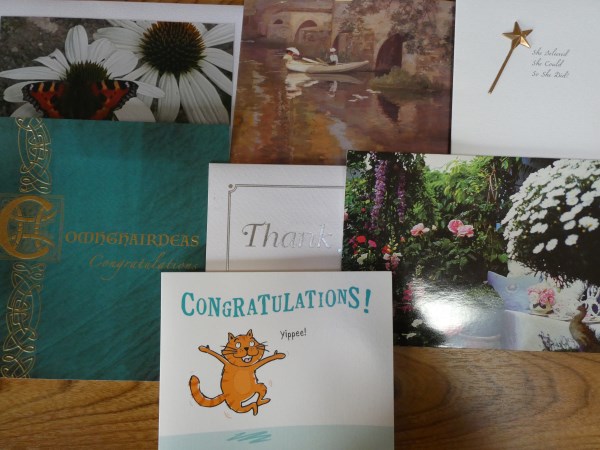 I am now well known to the postal services. These letters reached me but I would advise if you are ordering a book for me to post, its best to send me an email first and I’ll send you my land address. 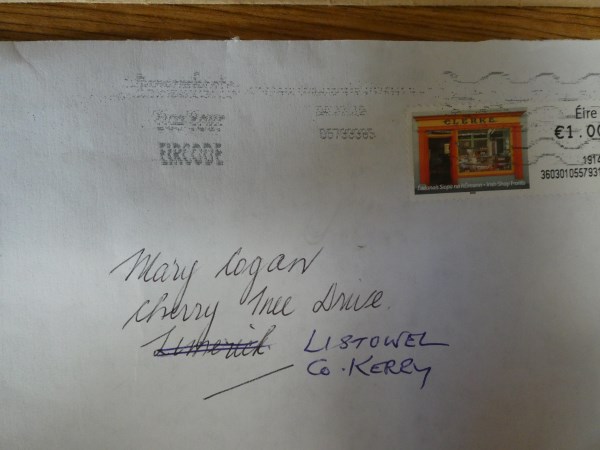 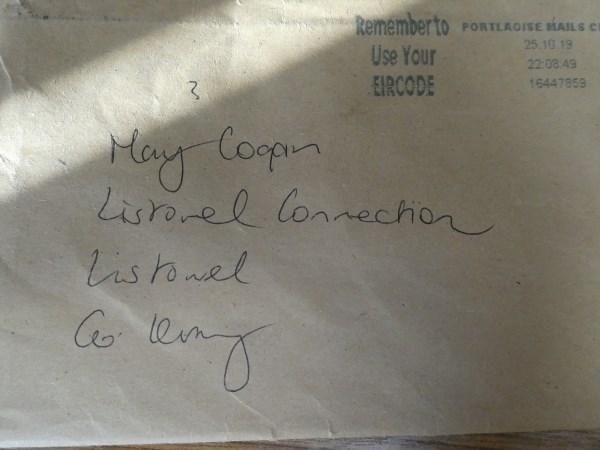 The biggest surprise has to be this unexpected endorsement from Michael O’Regan in his Call from the Dáilon Kerry Today on Radio Kerry on Friday. 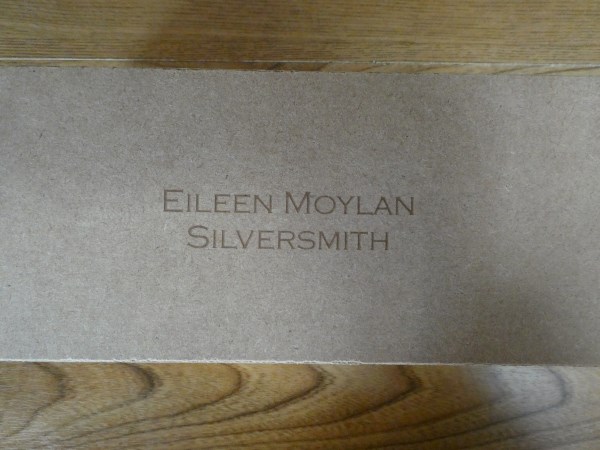 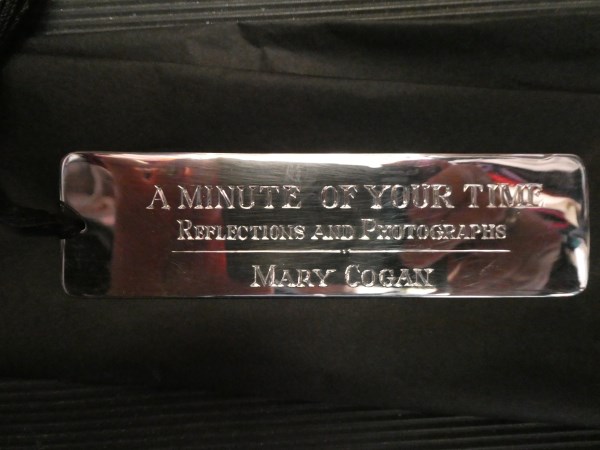 Eileen Moylan of Claddagh Design made me this beautiful solid silver bookmark. My cup runneth over…. 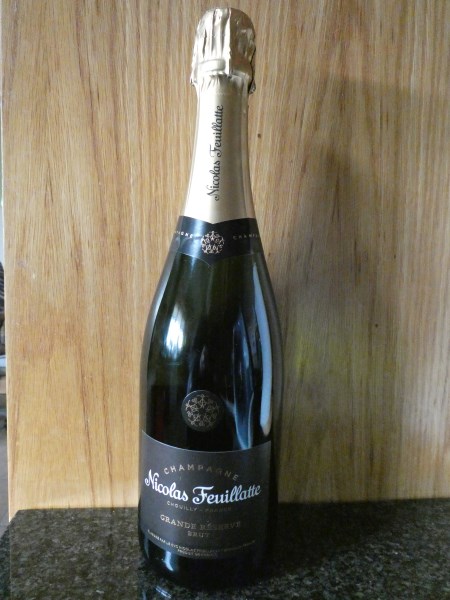 As well as all the celebrating and self absorption I have been signing my book for local shops and next Friday I will be having a Cork launch in Kanturk in the Edel Quinn Hall at 7.30. I’m looking forward to taking my book back to my roots.