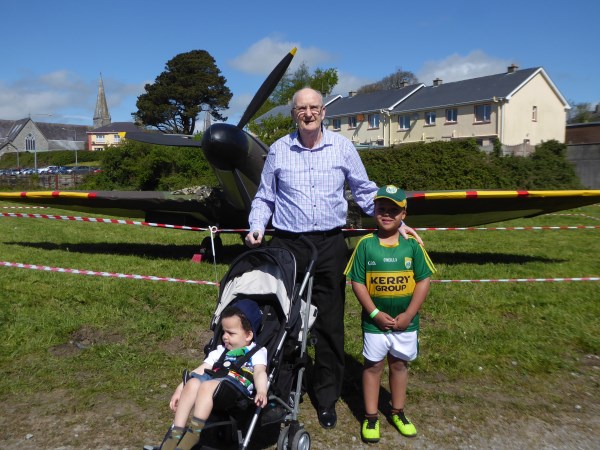 I posted this photo of Dan with his daughter Laura’s children and it brought back happy memories. His sister, Rose wrote;

“Hi Mary, how wonderful to see a photo of my brother Dan Shine, thank you for posting it. I have many memories of him getting his uniform ready for his FCA meeting every Monday Monday night, cleaning the brass buttons with Brasso until they were gleaming and polishing his black boots, you could almost see your face in them lol, happy happy days. Regards, Rose.

Zumba in The Square

At the recent History Festival there was a great variety of different activities going on. 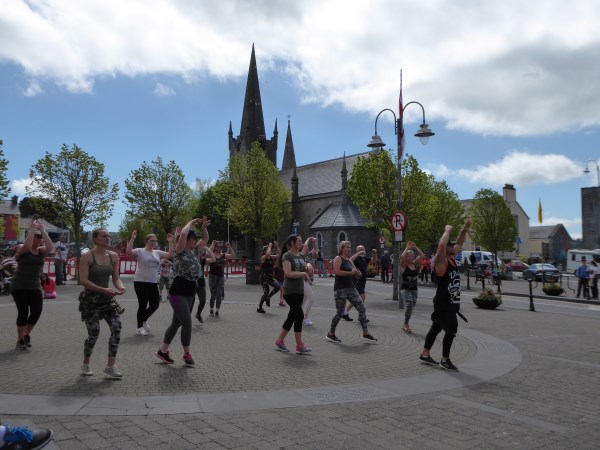 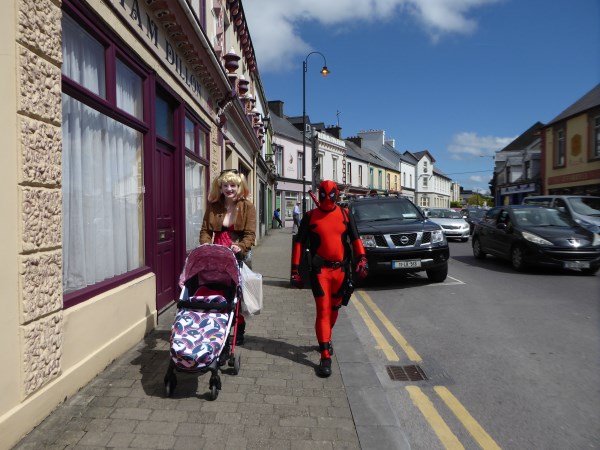 Deadpool and the missus were taking a stroll on Church Street 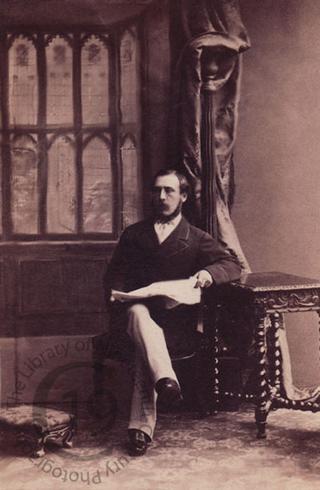 This is a photo of the third earl of Listowel. I found it online when I was researching for my walk around the Square and into Bridge Road on June 2nd. 2018 as part of the Listowel Writers’ Week programme.

In comjunction with Listowel History Festival there was a Comic Con in The Listowel Arms. This was a first for me but it obviously has a huge following judging by the crowds in attendance. 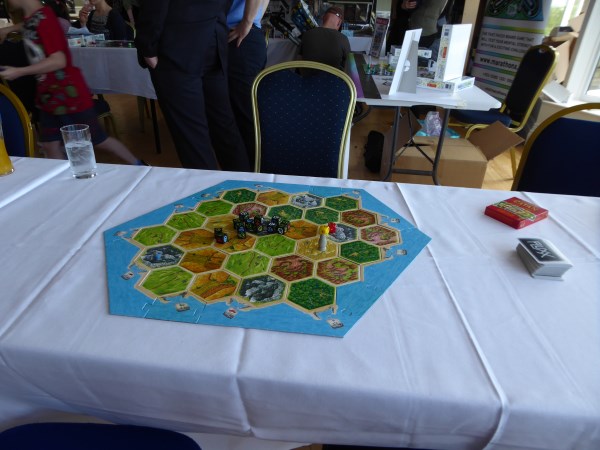 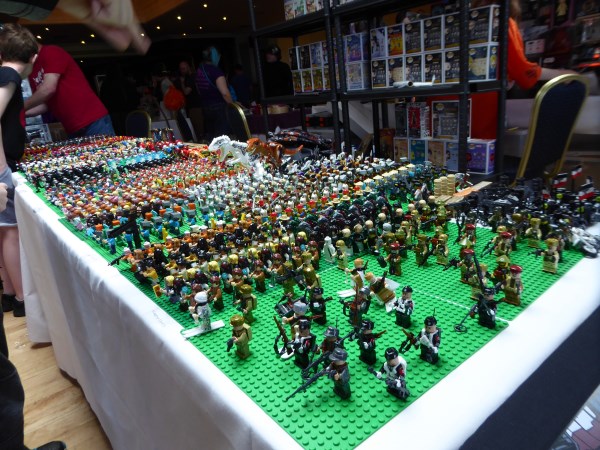 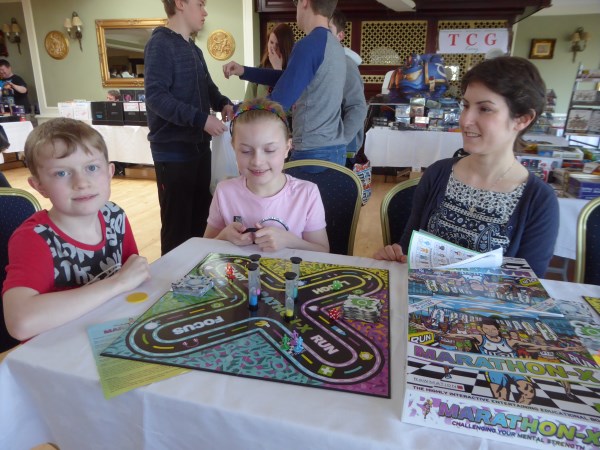 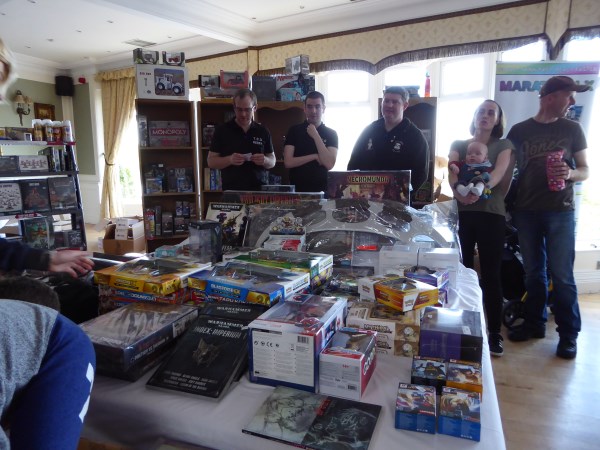 A Few More from The History Weekend 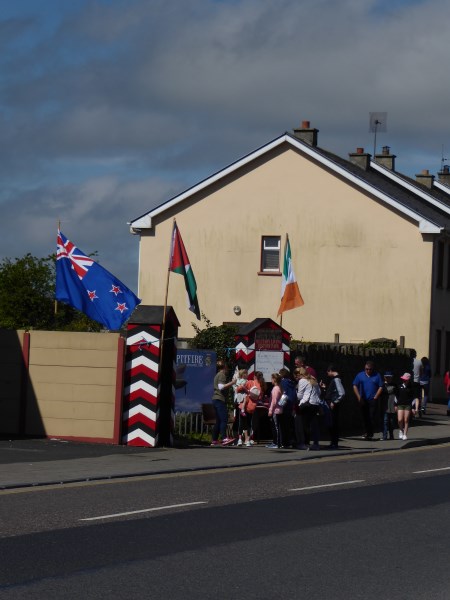 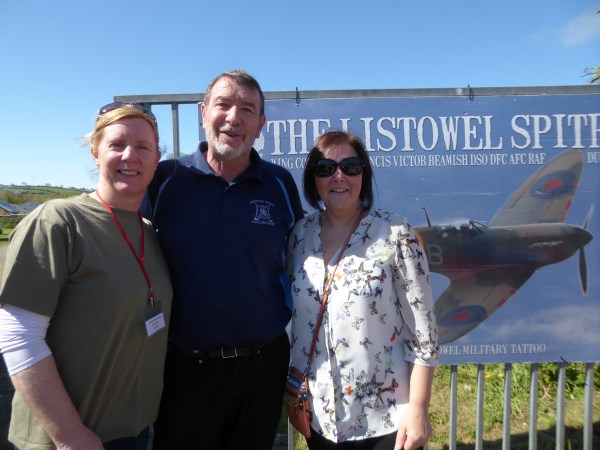 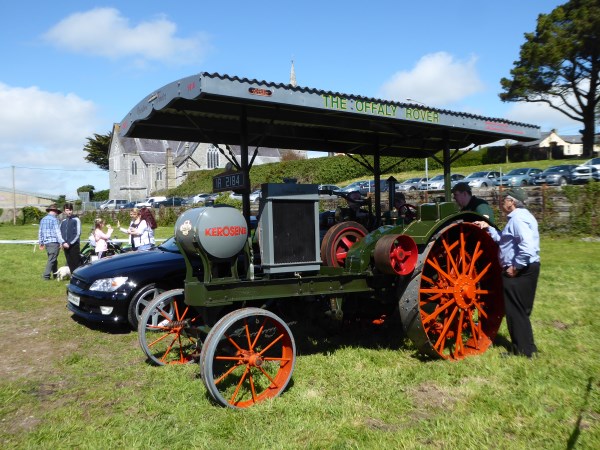 This tractor is over 100 years 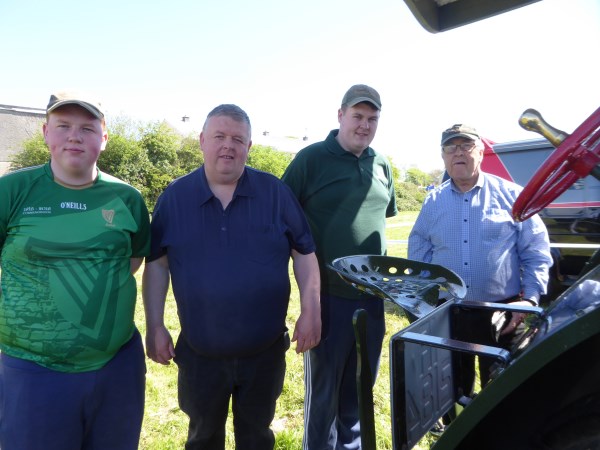 It was brought to Listowel by the Donegan Family who run a garage in Milford, near Charleville in Co. Cork. They are passionate about restoring old tractors and proudly told me that there are only three of these tractors still around today and the Donegan family own all three.

I remember these tractors as the ones that pulled the thresher which was a feature of farm life in my young days. 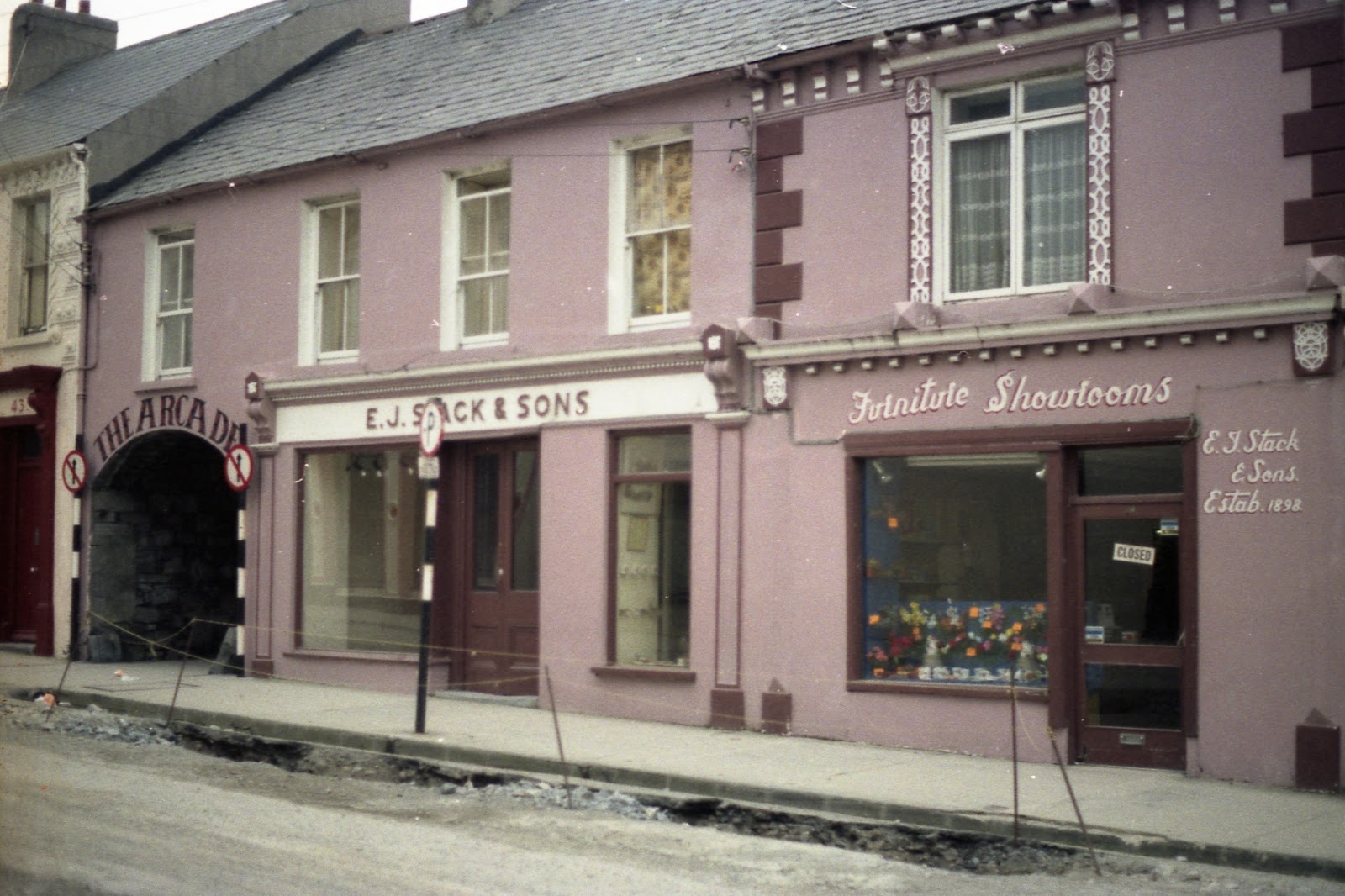 An old photo of Stack’s, The Arcade. 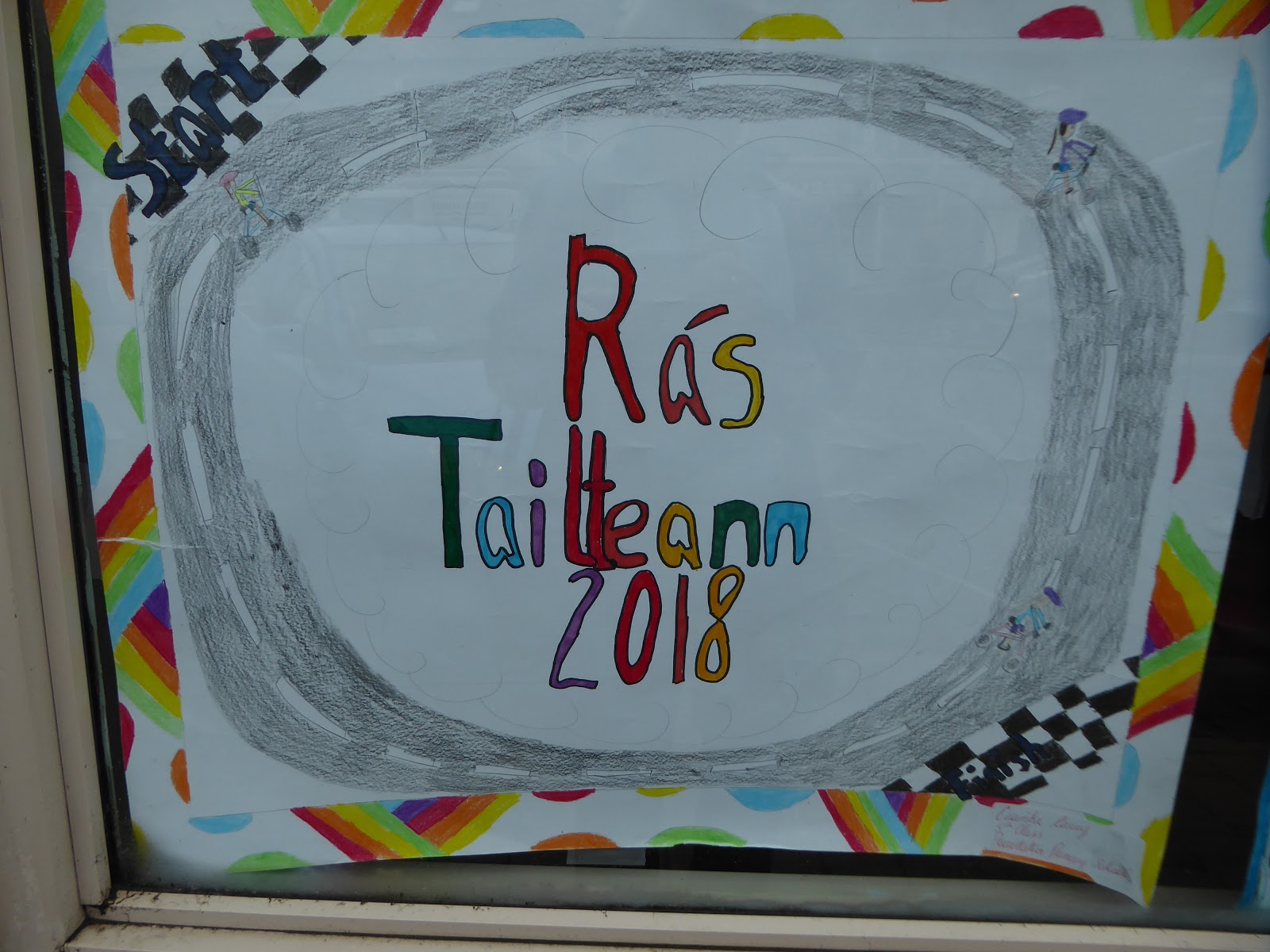 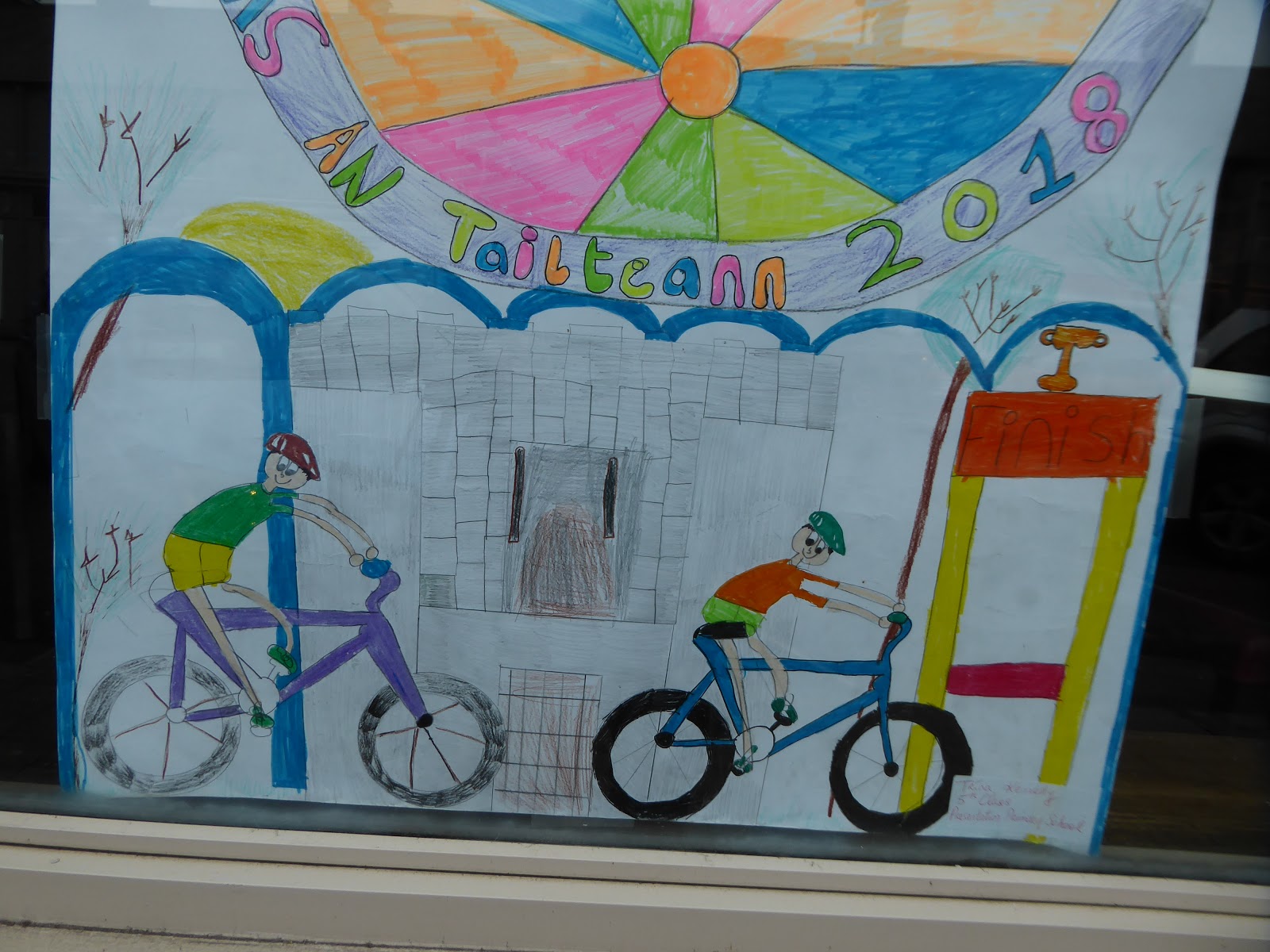 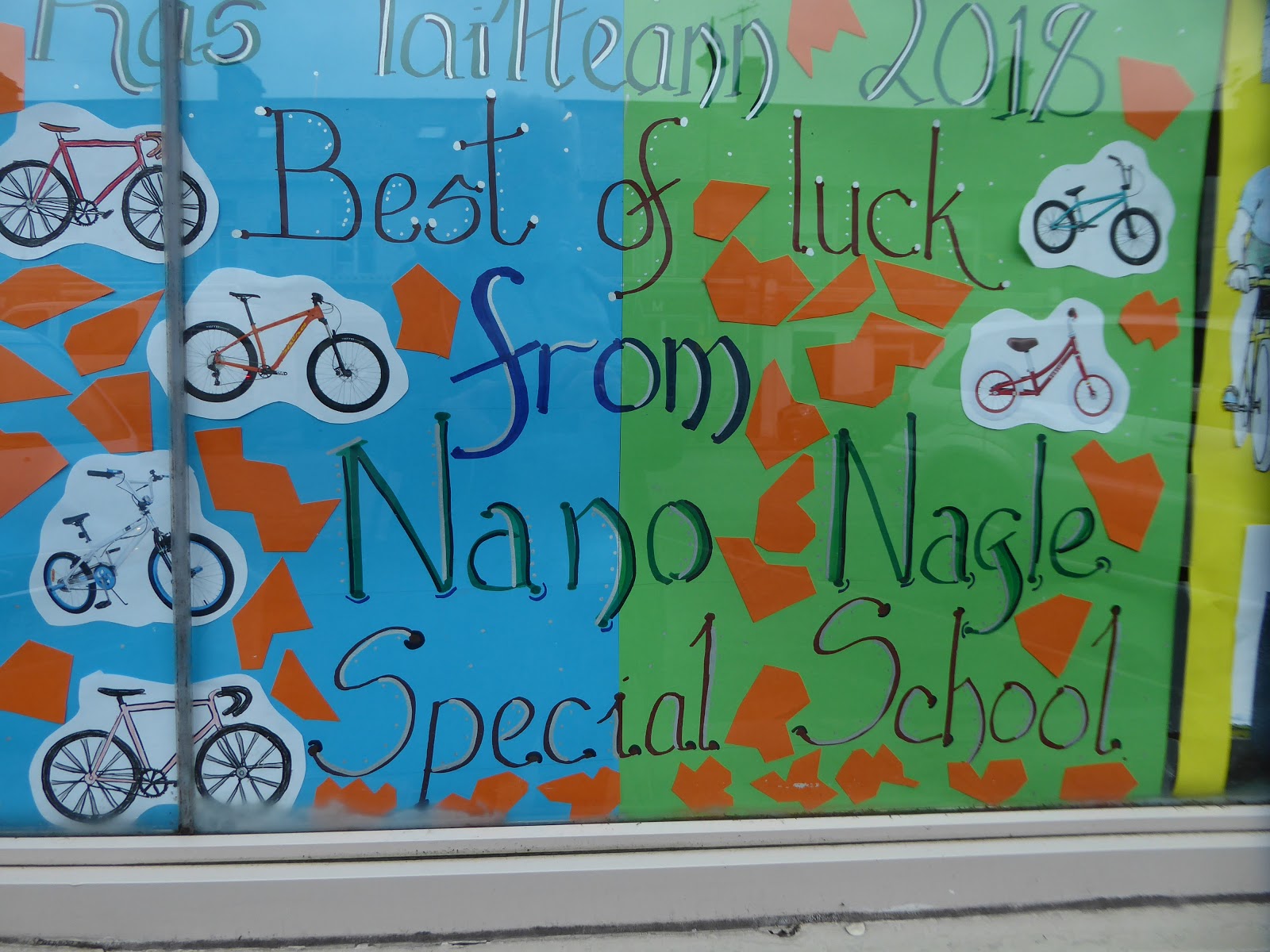 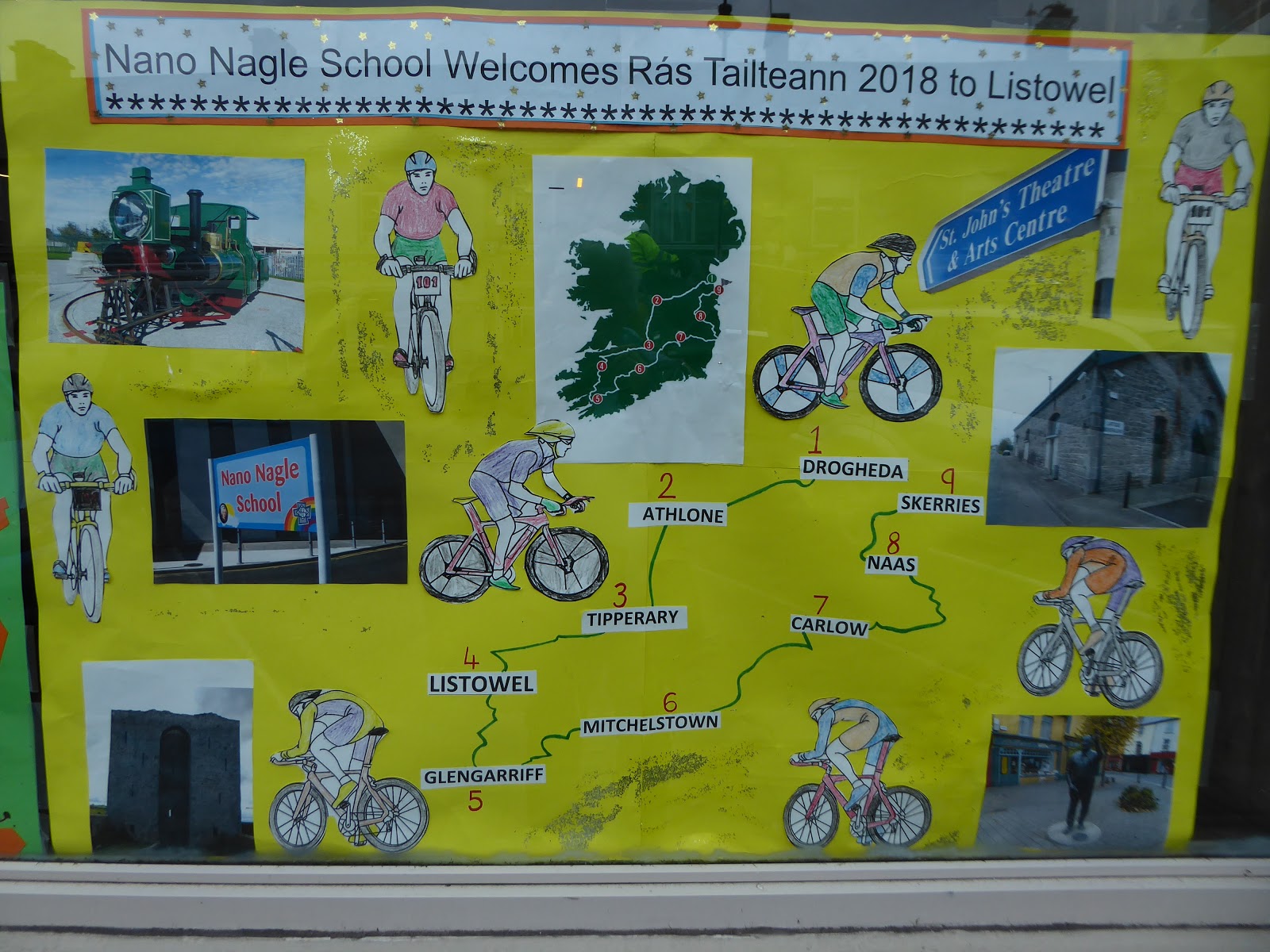 A Tribute to a mother, visiting artists, a Potato Party in Athea and Eugene Moriarty cycles in his 21st Rás Tailteann

Photo taken at The Gap of Dunloe  by Chris Grayson

A Strong Lady Remembered by a Loving Son

Last Sunday, May 13 2018 was Mothers’ Day in the U.S. and Noel Roche wrote this tribute to his lovely Listowel mother. R.I.P. Madge Roche. 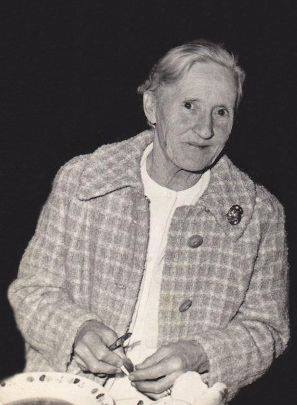 Pregnant 21 times, 3 Miscarriages, Gave birth to 18 Children, Lost 3 Children at young ages. Raised the remaining 15 [ of which I’m the youngest] and took care of my invalid father who came down with Rheumatoid Arthritis shortly after I was born.  He spent the rest of his life in a wheelchair [ I never saw him walk]. She did all of this without washing machine, dishwasher or hot water and I NEVER heard her complain Ever. We did not have a lot but she made sure we always had enough. That my friends was a Mother…That was My Mother…The Greatest Woman I ever knew. So to You Margaret [Madge] Roche I say.
Happy Mother,s Day in Heaven. 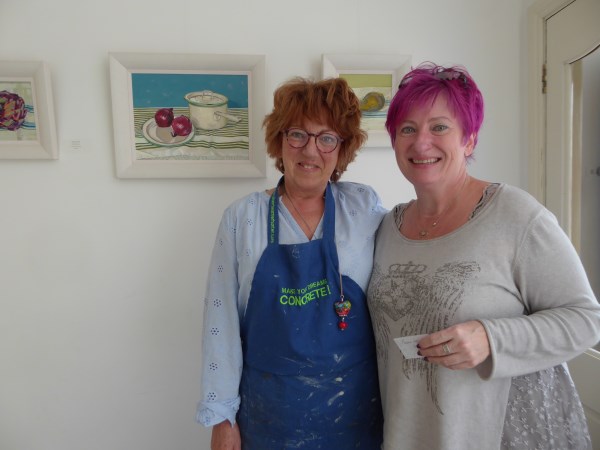 These ceramicists are best friends from Belgium and Germany. They are creating beautiful things in Olive Stack’s Gallery. Below are some of their creations.They are breathtakingly beautiful. 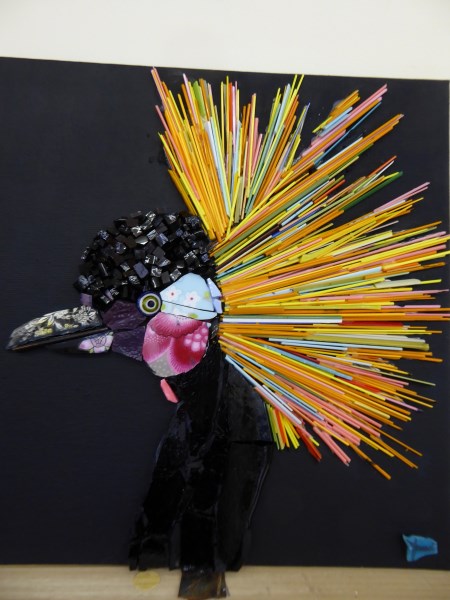 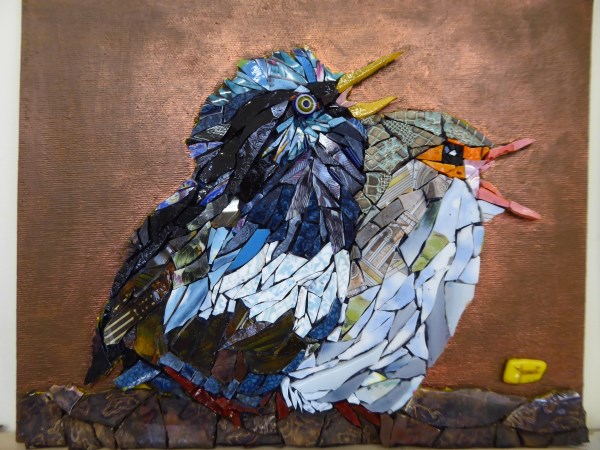 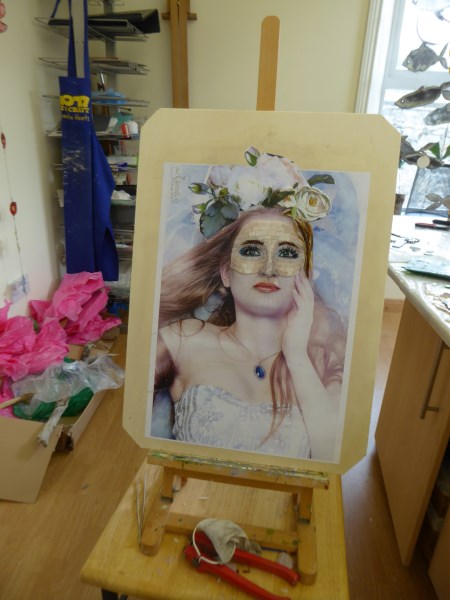 Michael and Breda Moore with their son, Martin before Martin’s talk to Listowel Historical Society on St. Michael’l’s Graveyard 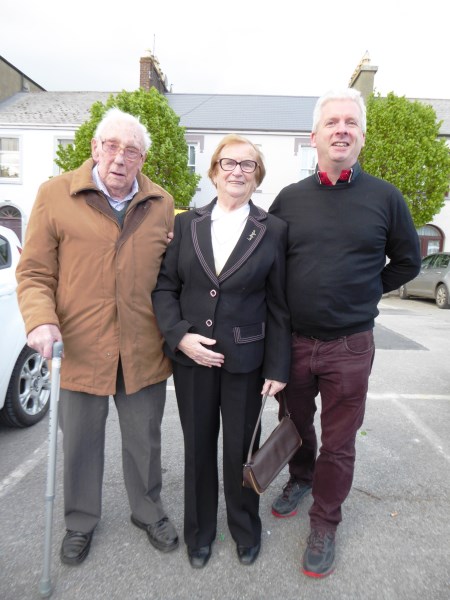 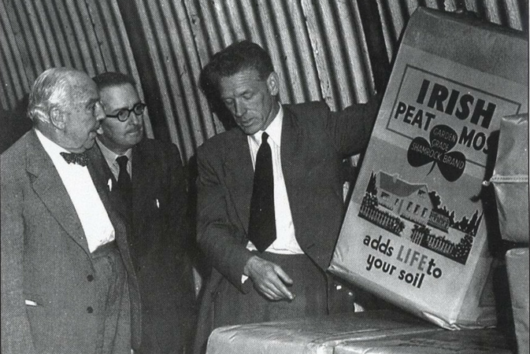 Immediately after the Second World War, Bord na Móna recruited some foreign peat experts to help with the development of the industry.

Dr. John Hennig, who was appointed as records office in 1946, had left Germany because of the Nazi regime and had a remarkable grasp of foreign languages. He helped acquire the ever increasing flow of foreign peat handbooks, scientific papers and patents that became available when the war ended and indexed, translated and made them available not only to Bord na Móna staff but to Irish industry in general.

Kotri Hangelaid had been general director of the Estonian State Turf Company before the war and had been responsible for the large briquetting plant at Tootsi which was built in 1937. He carried out milled peat research for us when he was appointed as a peat technician based in the Experimental Station in Newbridge. In 1951 he reported on the suitability of Oweninny, Co. Mayo for milled peat production. He also translated Russian publications.

Konrad Petersen worked in the peat moss industry in Latvia before the war, after the war ended he ended up as a refugee in Sweden where he met Bord na Móna Managing Director, Todd Andrews. Andrews offered him a job which he accepted. On arrival in Ireland Petersen was appointed manager of the Kilberry moss peat factory in Kildare where he spent the rest of his working life. Peterson is second from left in the photo.

These are just some of the foreign workers who contributed to the development of Bord na Móna.

Potato Party in Athea 100 years ago 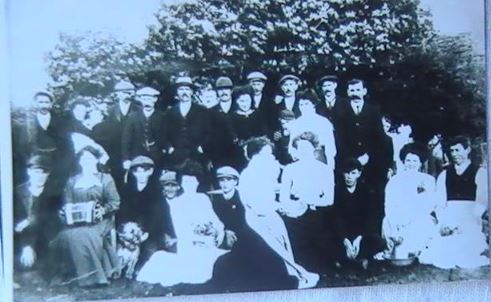 You’ve heard of the Guernsey Literary and Potato Peel Pie Society. If the caption on this photo is true it would appear that Athea has a similar society 100 years ago 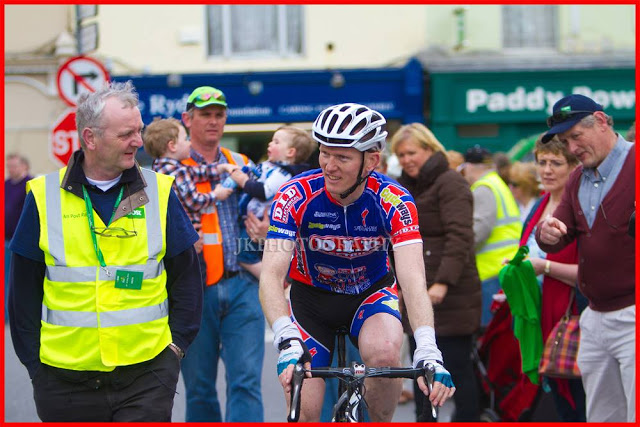 This is Eugene Moriarty with his family at the An Post Race finish in Market Street in 2013.

Eugene is still cycling and on Tuesday next he will ride into town with the Rás Tailteann.

Eugene will be riding in this race for his 21st time. This is a remarkable achievement in

Rás Tailtean is due in Listowel in the afternoon of Tuesday May 22 2018. This is stage 3 of the 8 day race. When they arrive in town the cyclists will have been cycling all day from their early morning start in Tipperary.

They will overnight in town and they will set out again at 8.00a.m. on Wednesday.