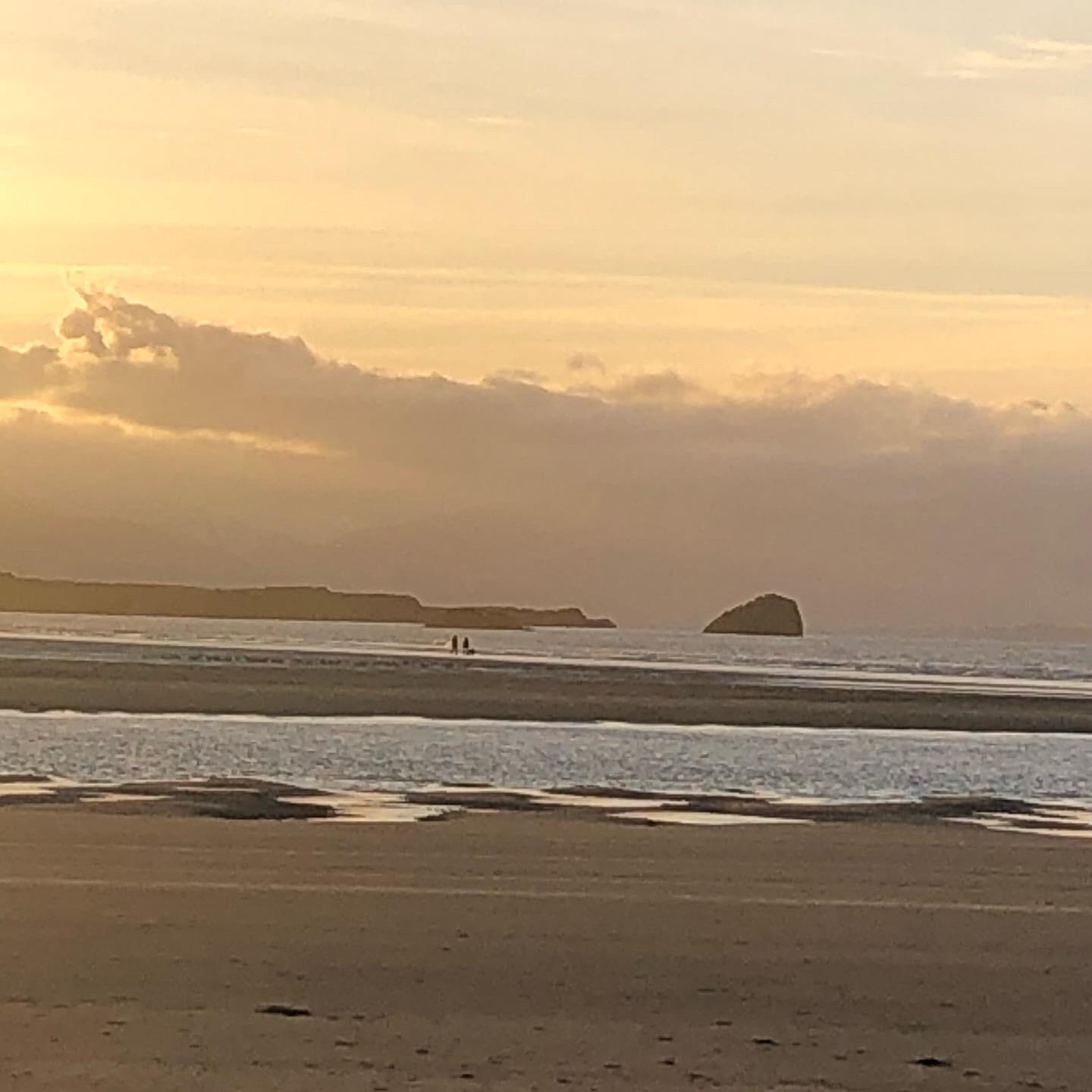 Recently I’ve been struggling to find material for the blog. When I put out a plea for help, some of you came to my aid and others wrote to say please don’t stop. One emigrant came up with an idea. Mary O’Rourke suggested that maybe people who read the blog in foreign parts would write a few paragraphs to tell us where they are and how they got there.

I think people would like to hear where other Listowel people are and what they are doing now. So please make a resolution, put a few words down today and send them to Listowel Connection with a picture . Ideally if you had a pic of the old you and one of the new you that would be great. And you dont have to be abroad to participate. Memories of home or pictures or stories from Listowel people are welcome too.

From Lyreacrompane to New York 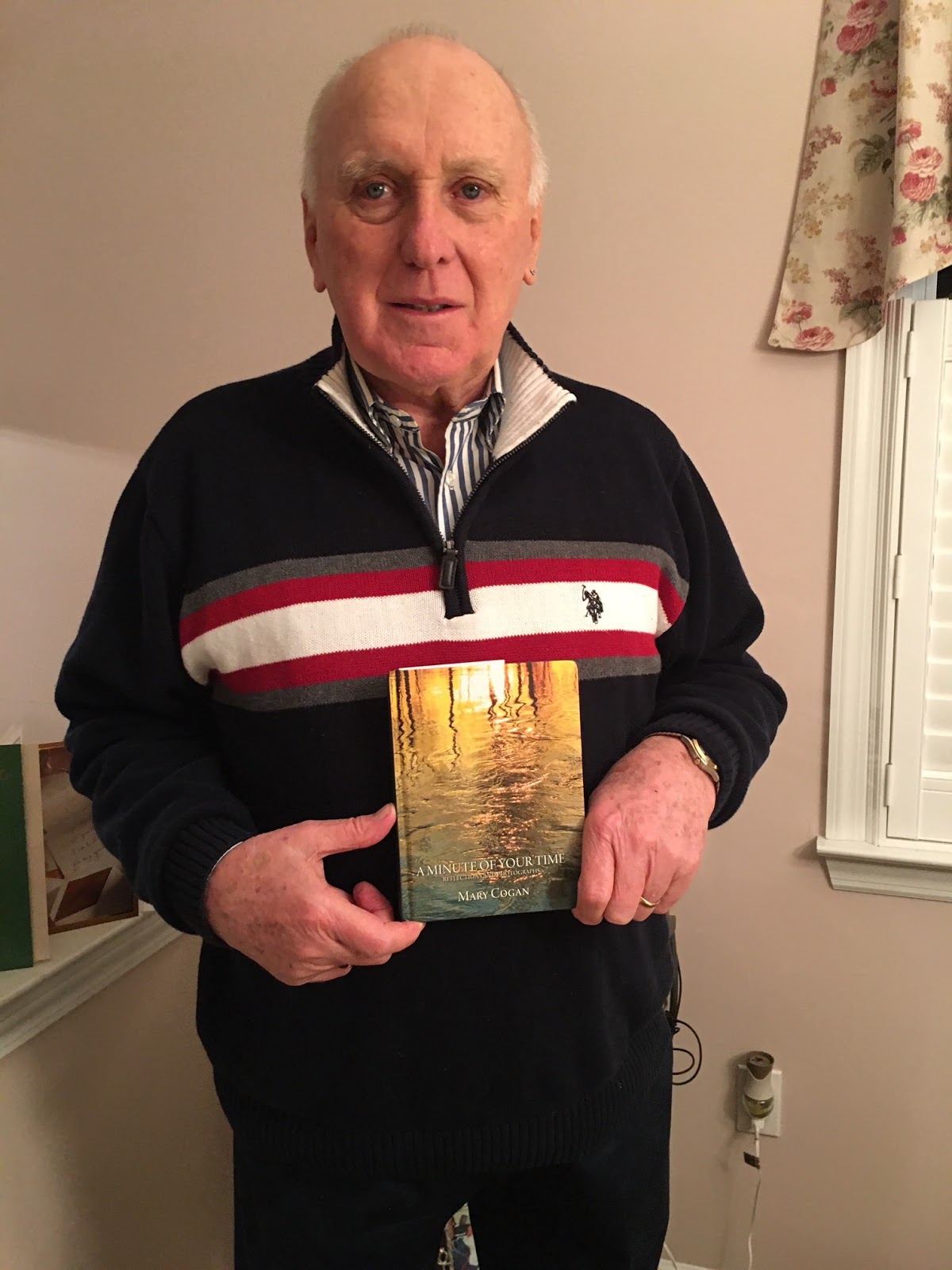 Bill Murphy with his copy of A Minute of Your Time 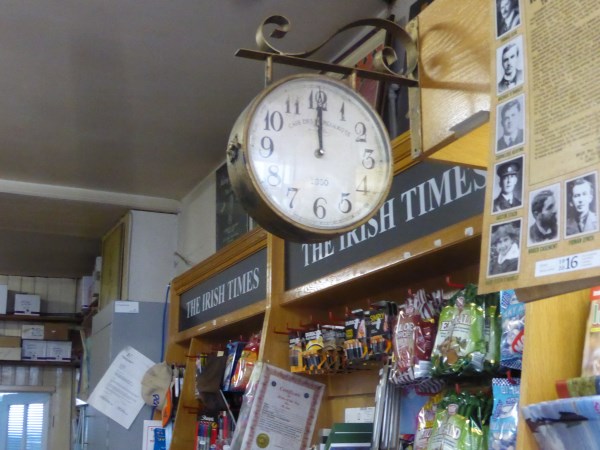 Time to call it a day for Flavins’ of Church Street

In response to my plea for help and in view of the fact that Flavin’s is closing, our friend, David O’Sullivan has trawled through some old newspapers for news of the Flavin family and their long history in Listowel.

Below are two ads for books; 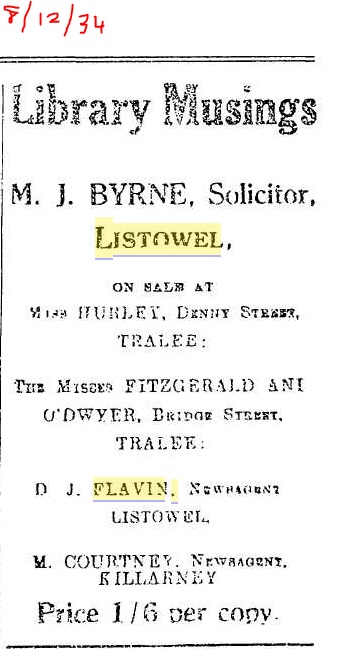 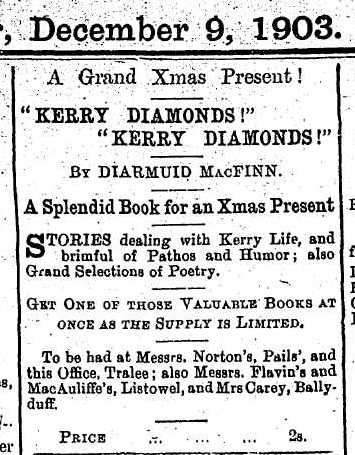 I wonder if either of these books are to be found anywhere. 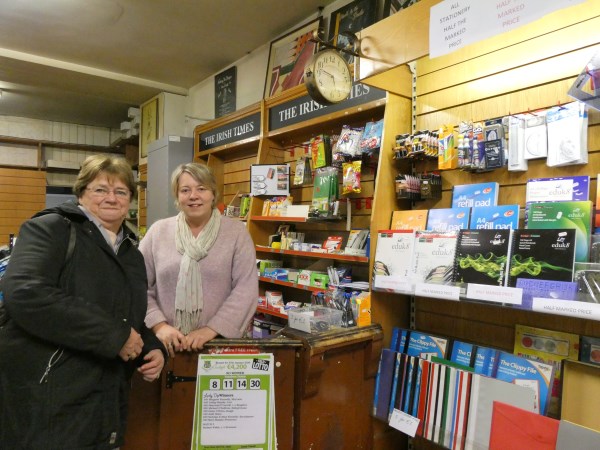 When I called in last week,  Miriam Kiely/ OGrady, who grew up on Church Street and remembers Micheál’s as the place to buy sweets and comics, was bidding a sad farewell to Joan.

(A Faustian story from Rathea in The School’s Folklore Collection)

Once upon a time there lived a man by the name of Bill Dawson, a blacksmith by trade. He was what is commonly called a waster or spendthrift. He made good money working at his trade, but Bill could scarcely spare enough to support his wife, who was a good honest industrious little woman but as for Bill as the people used to say the good and the bad was in him.

One evening as Bill was taking his supper of oaten meal porridge he saw an old man approaching his little cabin. The old man entered with a prayer, “God save all here” and asked for something to eat, with all Bill’s faults he was generous and although he had scarcely enough for himself he divided the scanty meal with the old man. The Old man seeing Bill’s goodness was about to leave. He said to Bill I am St       .Ask for any three wishes and they will be granted to you. Bill’s first wish was whoever would take hold of the sledge should hold on sledging except by his leave. His second wish was, anything that went into his purse couldn’t come out of it without his leave. His third wish was anyone who sat on his chair should stay there until he released him.

The Saint thought that Bill would ask for something that would benefit him in this world and the means of his salvation in the next. He left very disappointed at the three wishes which Bill had asked for, and as the story goes you will see how Bill put his wishes into execution.

He worked away as usual and if any person of note called to his forge to get a job done Bill would pretend to be busy and would ask him to take the sledge. The person not knowing Bill’s intentions would take the sledge to oblige him. There he should remain sledging asking Bill for Gods sake to release him but Bill would pay no heed to him, only on condition that the person would give him a large sum of money. It soon went about that Bill had something to do with old Nick and his customers began to leave him. In a short time Bill found himself with very little to do.

It so happened that one day that Bill was strolling leasurely along in a lonely part of the locality in which he lived, he said aloud to himself, “Now is your time Nick I might as well have the gains of you as well as the name of you”. The words were scarcely out of his lips when ould Nich appeared before him “Good day Bill” says Nick, “Good day Nick” says Bill “what do you want me for” says ould Nick “I don’t want you atall” says Bill. “Didn’t you call me” says ould Nick. “What if I did” says Bill “but, as you’re here now we might as well strike a bargain” What shall it be?” says the devil. “Ill leave it to yourself”. Ill give you seven hundred thousand pounds but at the end of seven years you must come with me. It is a bargain says Bill. “There and then” The devil paid out the seven hundred thousand pounds, and disappeared.

Bill now being a rich man as he thought closed his forge and his little house and bought a big mansion. He purchased racehorses. He attended all the race meetings in the country where he made many friends including the nobility. He invited them to dinners and parties and lavished money in a large scale so in a short time he was penniless. When his friends found out that all his money was gone they soon deserted him. So Bill had given up his high life and long before the seven years were up the devil walked into the forge. “Bill Dawson” says he “your time is up and you must come with me”. “Alright” says Bill “take the sledge until I finish this and then I shall be with you”. There and then the devil took the sledge, Bill walked out, locked the door, went to his little house and eat his dinner. When he went back to the forge there was the devil still sledging with beads of sweat running down his face. “Bill Dawson” says he, “release me and I’ll give you double the amount for seven more years. Thereupon Bill released him. The devil counted out the money and disappeared.

Bill, finding himself a richer man than before, went back again to his high life. He soon found himself peniless and long before the seven years were up he was again back working in his forge. The very day the seven years were up the devil came, thinking he would be smart enough for Bill this time. Knowing Bill to be avaricious he placed himself in his path in the form of a guinea,  As Bill was passing by, seeing the guinea, he picked it up and put into his purse. When the devil found himself in the purse and couldnt leave it he shouted at Bill to let him out. “It’s there you are, Nickeen,” says Bill. There and then he turned back to the forge, placed the purse on the anvil and started hammering it. The devil screamed and begged to let him go and he would treble the amount for seven more years, “Done,” says Bill. The devil paid out the amount and disappeared.

Bill finding himself still richer than he was ever before he went back again to his high life and in a short time again Bill was as peniless as ever. Before the seven years were up he was back again working in his forge. The very day the seven years were up, in walked the devil to the forge. “Bill Dawson” says he “your time is up you must come with me”. “Ill be off” says Bill “but come to the house, until we eat something before we start”. Both of them went on to the house. Bill told his wife to get something to eat for them as his time was up and that he should go with the devil. Bill asked him to be seated but the devil taking no chances this time refused to sit down. Naturally Bills wife got frightened at the sight of the devil and also grieved at the thought of losing Bill.

There and then Bill and his wife set upon the devil, she using the brush until they succeeded on putting him on the chair. Once on the chair he couldn’t leave it. Bill went back to his forge reddened a tongs, brought it back to the house and taking the devil by the nose started to draw it inch by inch until he had the devils nose out the chimney. “Bill Dawson” says he “release me and I will give you four times the amount and have no more to do with you”. There and then Bill clinched the bargain. The devil counted out the money and fled from the house. Bill followed to the door and shouted, “Be gone now Nickeen and I was able for you.

Bill, delighted, turned back again to his high life and spent money as freely as ever and in a short time he was penniless. His wild life soon told on him and he fell ill and died. When Bill appeared at the gates of heaven he wouldn’t be admitted. He was directed to hell. When he appeared at the gates of hell the porter asked him what he wanted. He said he wanted to get in. The porter went to the devil and said there was a man at the gate, “Go” says he “and ask him his name. The porter came back and told his name was Bill Dawson. Dont let him in roared the devil or he’ll kill all the devils that are in hell. The devil went to the gate. “Is that you Bill” says he “you will not come in here”. Bill put his face to the bars of the gate and made a grimace at the devil but as he did the devil caught him by the nose and put it in the fire.

Bill beingr efused admittance to hell or to heaven had to return again to this world and resort to marshy places. The light can be seen to this day quenching and lighting quenching and lighting. While Bill would hold his nose under the water it would remain quenched and when he’d raise it, it would hold lighting. So people call him Will O the Wisp or Jack O The Lantern. The roguery being in Bill in this life followed him in the next. It became a habit of his to put people astray at night.

Garda Station, a poem, Mat the Herder and some local ladies