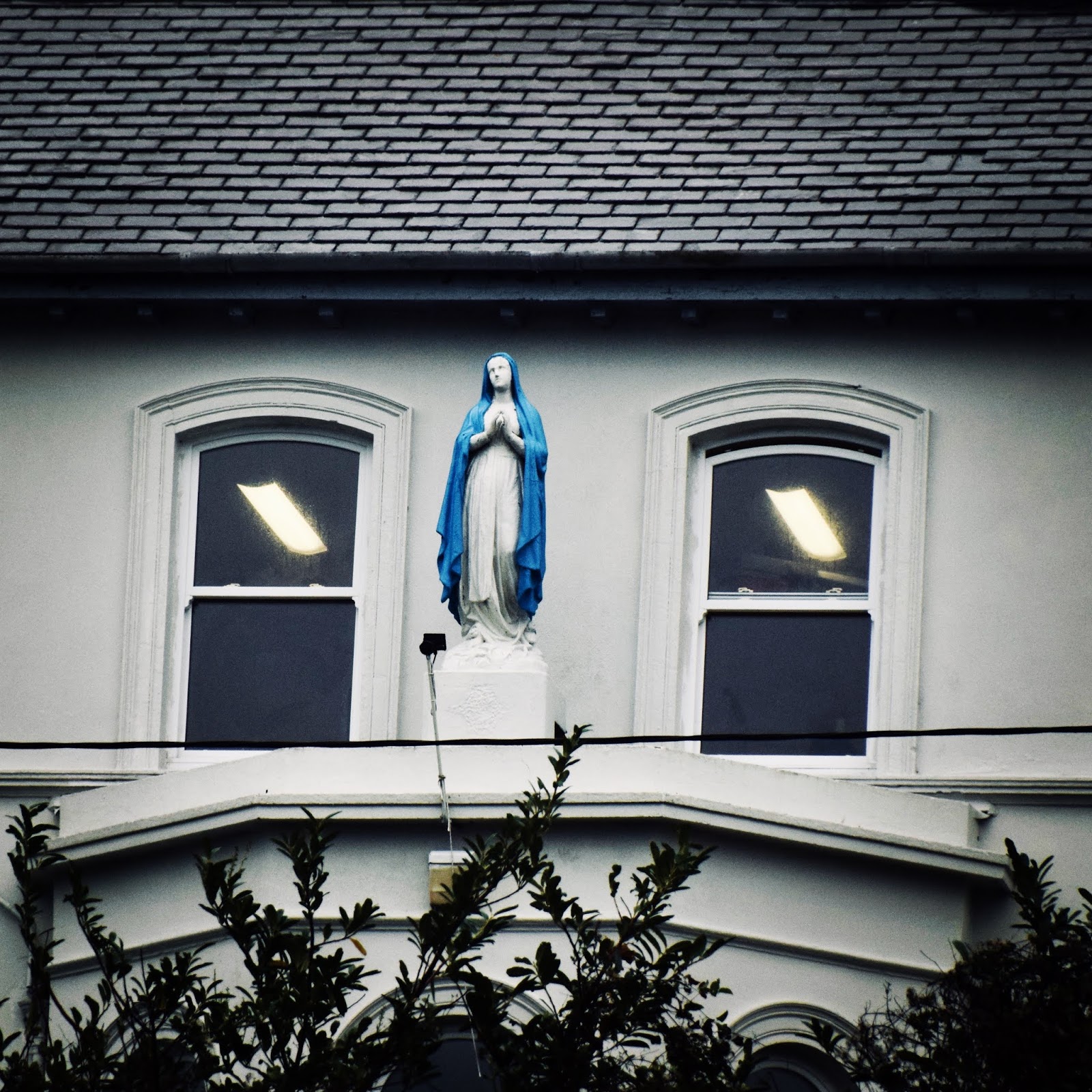 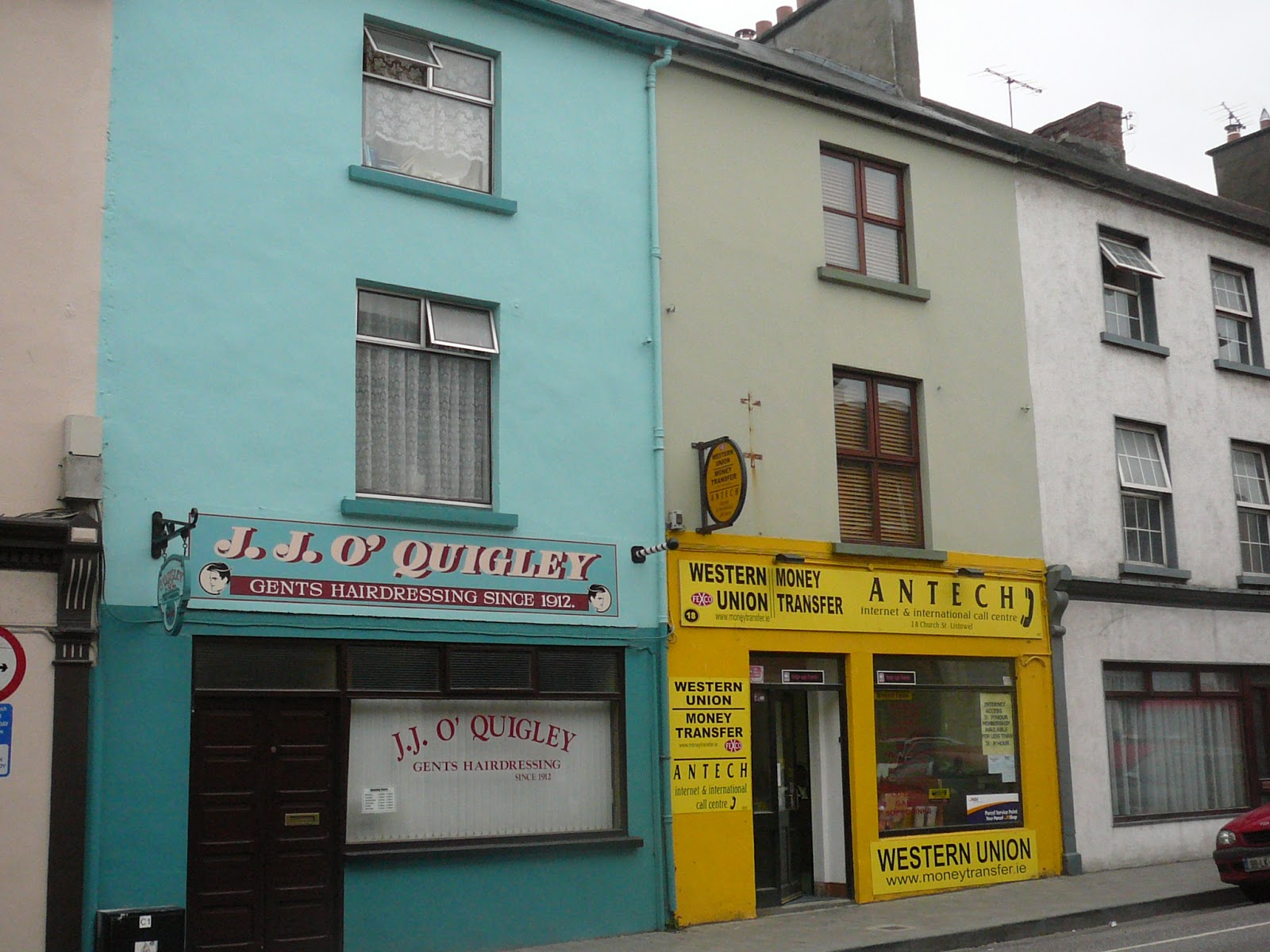 Home by the Range 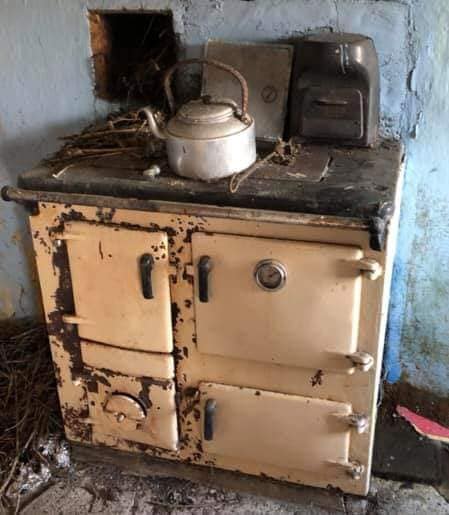 This one is fairly shabby but it is still recognisable as a Stanley range.

We had one like this at home. When I was young there was no central heating and the kitchen which was our living room was the warmest room in the house. Most of the time it was the only warm room. Tending the range was hard work. It burned solid fuel, mostly wood and turf. The range doubled as a cooker and room heater. There was always a kettle on the boil and a big pot of water warming for animal feed. Clothes were often aired over the range. We had a shelf over ours and the cat slept there.

The ashes had to be cleared out every day and once a week the whole thing had to be thoroughly cleaned. Chimney fires were a great fear as the place would be burned down before the fire brigade got to us. There were no fire lighters and you had to learn the knack of lighting the fire with spills of newspaper and kippins/kindling.   Getting the fire to light was such a palaver that many people never let it go out. Instead they piled embers on  it overnight to damp it down until morning when they raked it into life. If you look at the range in the picture, that little wheel thing in the ash box is a damper. This was to be fully open to start the fire and could be closed once the fire had caught. There was a little trapdoor in the wall above the range. This gave access to the flue.

Keeping the oven temperature at a constant level was a feat of management only the most skilful mastered. It involved opening the damper, closing the damper, adding fuel and opening doors at critical times. 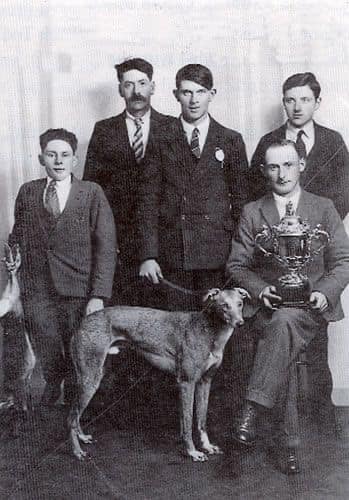 My Grandfather Michael Mulvihill trainer of Dainty Man who came in 1st and he and his family sat around the table all 11 of them and decided he would use his winnings to come to America! Many times I thought how lonely for him to leave his family and beautiful Moyvane to arrive to the concrete of New York ! God Bless you always Ikey

Thank you always xoxo Rest in Eternal Peace and Love

We played pranks on innocent road users  by parcelling up a box as neat as possible, dropping it by the side of the road, hiding behind the ditch until a car passed, the  driver suddenly braked, got out, looked around him, picked up the empty box and happily continued on his journey. Another fellow on a High Nelly stopped another day, lit his fag, opened the parcel, cursed all around him and flung it in the ditch.

Having long jumps was another game we played, when the hay shed was empty we tied a rope between two pillars. I was once tripped by a laddo and crashed right into the pillar. The scar on my forehead is still a reminder of my first stitches.

I must mention hunting, it was very much part of life then. As a young lad I loobed rabbits and sold them in town for 1s 6d if I was lucky to catch one  I loved a boiled rabbit. A lúb (loop) was a round loop of soft wire  and this was attached to an old boot lace and there was a running knot in it, so while the rabbit’s head was caught in it, he could not choke. As I got older I hunted with a group of neighbours every Sunday after Mass. We all had our own dogs, fox terriers, sheepdogs and odd greyhound and we travelled the countryside to try and rise a fox or a hare to get a hunt. Over wild countryside the prey had great cover so seldom there were casualties. We returned starving around 5 o’ clock unless we came on an orchard in our travels. Of course I raided orchards for a pocket-full of juicy Beauty Batts (This was the local name for Beauty of Bath apples). Hunting  was a fore-runner to  my life-long  love , training and success with  greyhounds