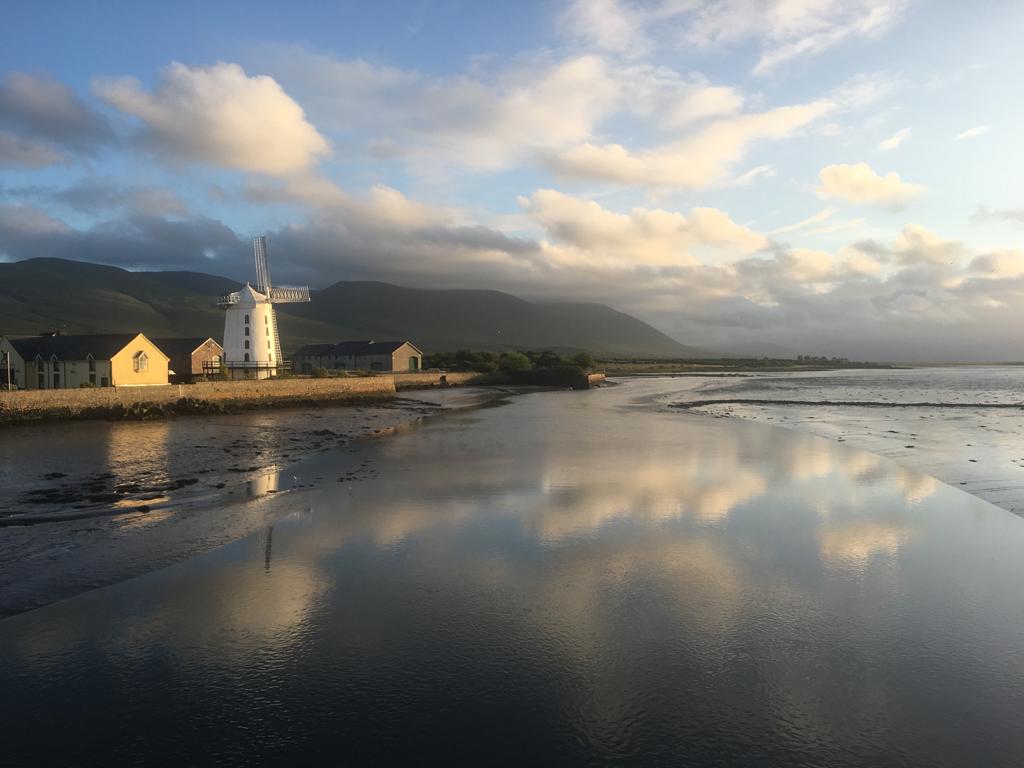 This stunning image of Blennerville comes to us from Eamon ÓMurchú

Burial Place of The Knight of Kerry

(Photo and text from Lixnaw Heritage and Historical Society) 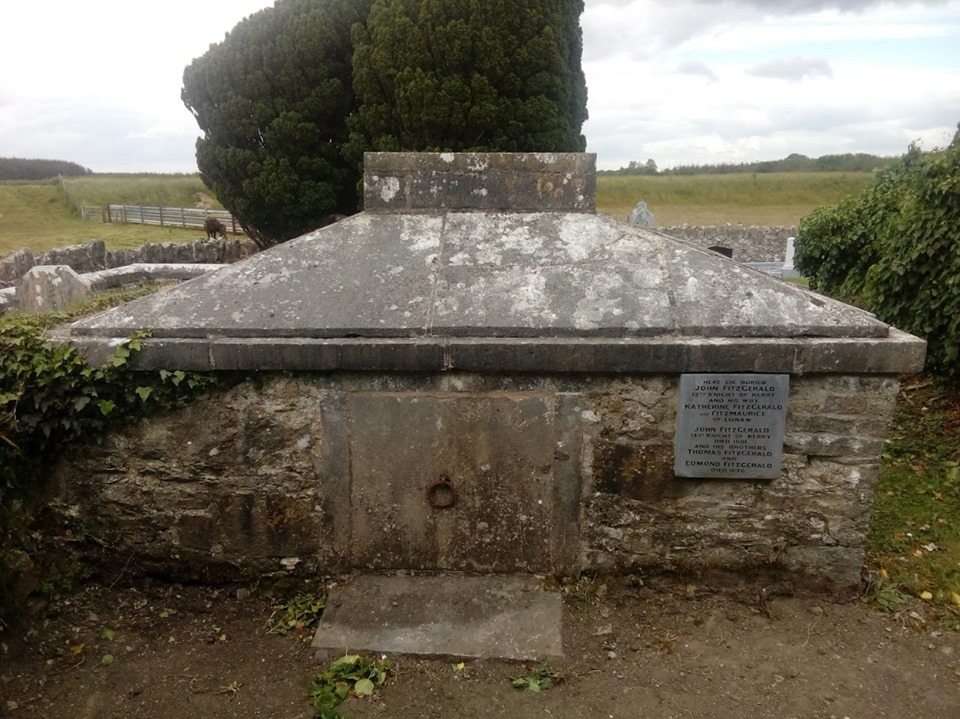 This is the grave of John Fitzgerald, 12th Knight of Kerry.

The knight is buried in Dysert graveyard outside Lixnaw.

The yew trees in the background and the beautiful countryside around it create a very fitting atmosphere.

The Knights of Kerry were also known as the ‘Green Knights’, and it was a hereditary feudal knighthood, established by the Norman lords who invaded Ireland in the 12th century.

Katherine Fitzgerald (nee Fitzmaurice), the 12th Knight’s wife, the 13th Knight and his two brothers, are also buried in this peaceful crypt. 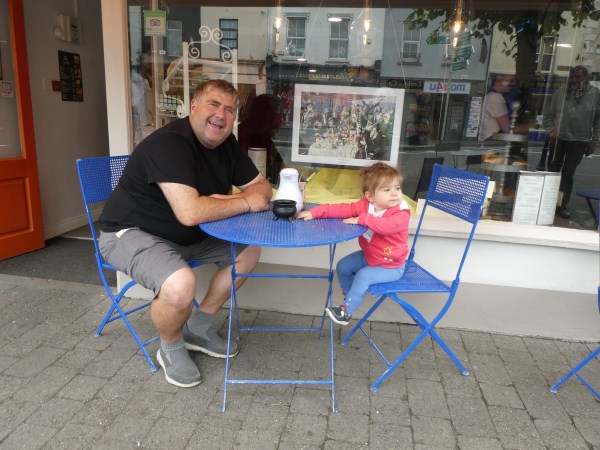 Christy Walsh and his lovely daughter, Olivia, having a cuppa and a natter in Main Street last week.

ONE of the Crimean War cannons outside the Courthouse was a timebomb until the Army defused it this week.

People walked past the cannon, one of a pair standing outside the Tralee Courthouse in Ashe Street, unaware the five sticks of gelignite, a detonator and a fusewire were hidden inside the barrel.

The explosives had lain hidden there for about 20 years following an abortive attempt to destroy the cannons.

Following a tip-off, an Army disposal team, with Garda back-up, moved in last Thursday and removed the explosives, later destroying them.

It is understood that the gelignite could have exploded; especially as the condition of it deteriorated over the years.

A Garda spokesman told The Kerryman: “Any gelignite found after a numbers of years would almost certainly be in a dangerous condition. And dampness would increase this danger.”

He said he believed the gelignite found in the cannons would be damp, making the situation more dangerous.

Tralee Courthouse, except for the outer circular limestone walls, has been reconstructed at a cost of £0.5m.

It is due for re-opening within weeks and the stonework was being sandblasted in the cleansing processs. This work included the plinths upon which the cannons are placed.

It is believed that people who became aware of the presence of the gelignite decided to notify the authorities for safety reasons.<<<<<<<<
In Knock 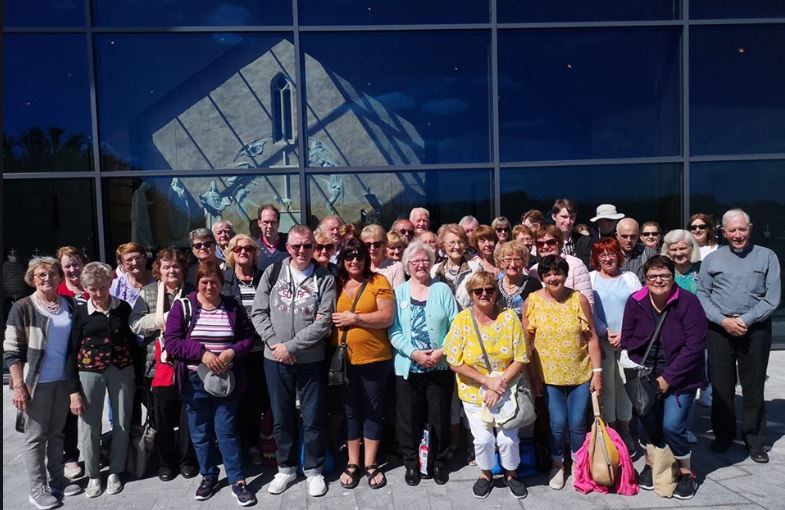 Knockanure, Tarbert and Moyvane pilgrims on their recent trip to Knock.

Lady with Bucket, Bob Boland’s Bees, Dominick Moloney in Market St and Crusaders on the Ring