Crows, The Mens’ Shed is Locked Down and a timely story remembered

Everything Looks better in Colour

Look at this great initiative in Athea.

Take a rock, bring it home, wash it and paint it and return the rock to the rock display at the fairy garden adding colour and much-needed joy to Athea. You can also pick a rock from your own garden, decorate it and add it to the display. Remember – movement is limited to 2km from your home!

Thanks to our local caretaker Margaret Carroll who has agreed to spray varnish the rocks!

Photographer, Tom Fitzgerald, is finding lots of subjects to photograph without leaving the confines of his own house. He has set up his camera in the garden. He can operate it remotely. He can sit at a distance and wait for the action to happen. Last week he saw these crows descend to gobble up these crumbs that had been left out for smaller birds. He captioned the photo “Loaded Up.” 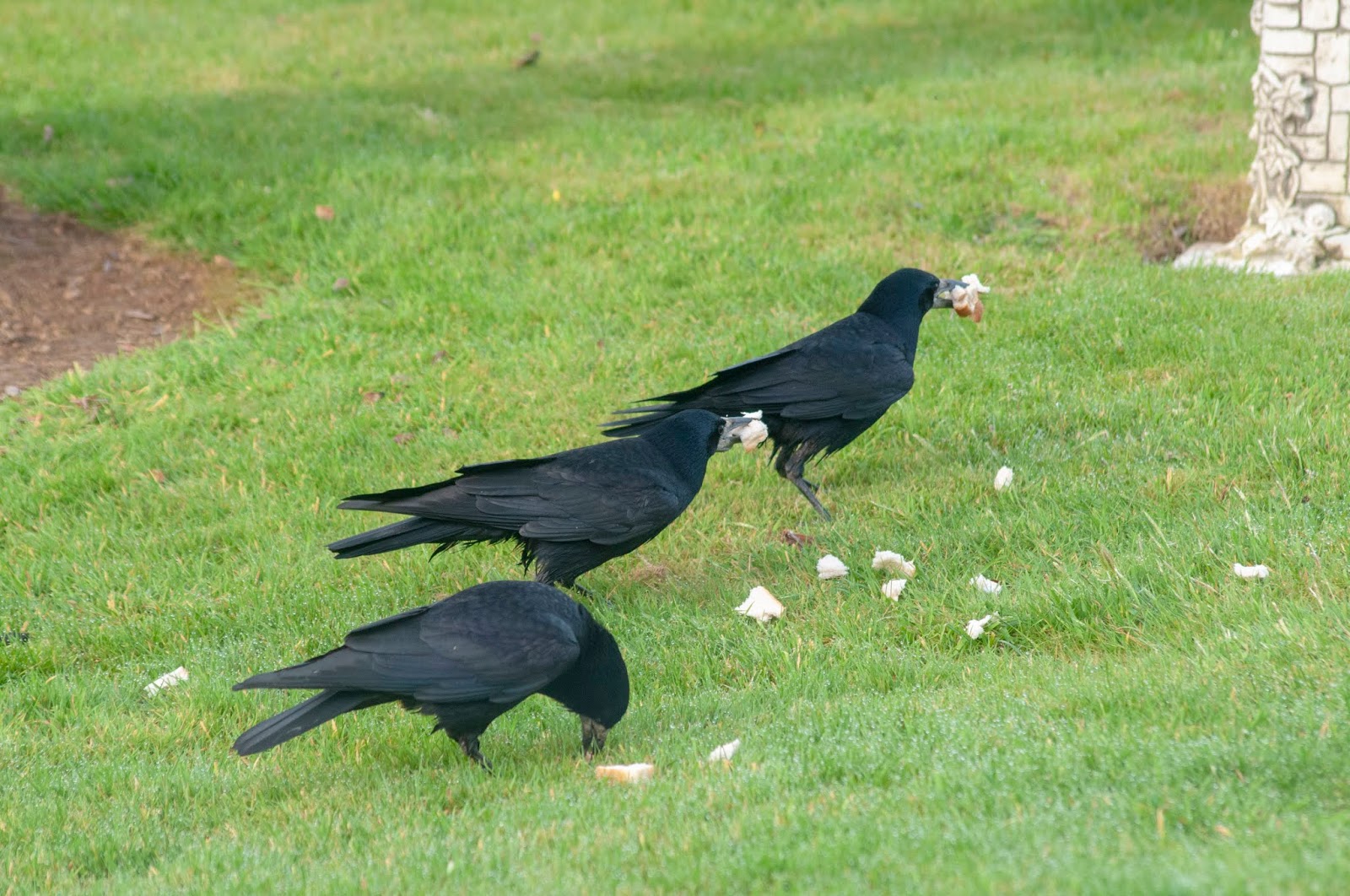 Lament for Good Times in The Mens’ Shed

We all miss so many things during this crisis. I miss my book club, my knitting group, Writers’ Week meetings and more. But what I really miss is the human interaction, the chat and the banter, the listening and the observing.

Mattie Lennon speaks for many when he writes of missing The Mens’ Shed. 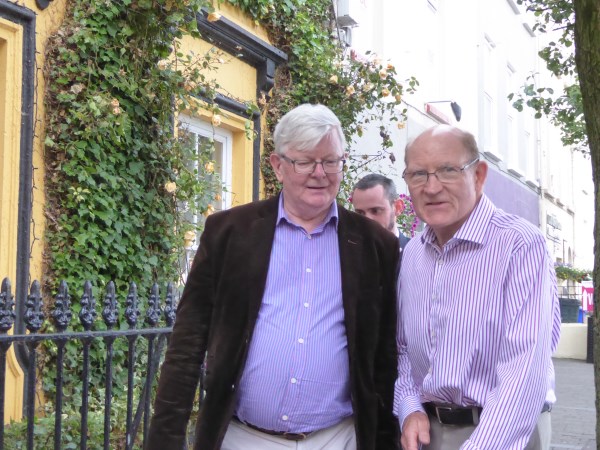 RHYME OF THE ANCIENT SHEDDERS.

Were you born since nineteen fifty four?

Then listen to my tale.

Since now I can’t go past the door

It’s worse than being in jail.

Dead ashes in the grate.

The powers that be will not allow

Us meet or congregate.

Postponed till God  knows when

And absence of the faces

Our precious lives to save,

But it’s Limbo land this season

The sound of saws and lathe no more

No smoke or leaping flames.

We miss the sawdust on the floor

No forty verses now from Jack

Or the  Micks with Niall and Noel.

No poems or  songs or mighty craic

To elevate the soul.

Are Zoom and mobile phones.

We’ll have to take our stumbling blocks

And make them stepping stones.

A Thought for the Day

History repeats itself, first as tragedy, second as farce.

I enjoyed this anecdote from Nicholas

Amazing what an unseen and unknown little ‘bug’ can do! Mighty countries laid low, despite nuclear weapons and ‘star-wars’ capabilities and endless money. And then there are ourselves. When all the mighty are laid low and helpless, we sheepishly turn to God, who, for many, as was said about the fairies, ‘doesn’t exist’ (but He’s there alright!). We can’t even whistle past the grave-yard now. The bug has decreed that we stay locked away at home!

All the fear and dread generated by the bug reminded me of an incident in my part of South Meath long, long ago. One of our ill-fated rebellion  was in  progress, and a group of peasant warriors was transporting a cache of weapons, ingeniously, in a coffin surrounded by wailing mourners and downcast men. A troop of soldiers, who were used to these stratagems,  halted them and demanded that the coffin be opened for inspection. There was much shuffling, and obvious horror in the faces of the ‘mourners.’  One of the peasant warriors audibly muttered ‘cholera’ – for the benefit of the soldiers, whereupon the latter fled in some disarray- leaving the ‘funeral’ to proceed unhindered.

Whoever coined ‘O Tempora, O Mores’ got it spot on!

Thank you Teachers, A Lament a 1965 Gleann football team and staying in touch with her Listowel roots