My sister in law is a great cook and an even better baker. She loves all cookery programmes but she especially loves Lizzy Lyons on a Sunday morning. When she and her two friends visited Listowel recently one of the highlights of the trip was  lunch in Lizzy’s Little Kitchen. It did not disappoint and getting to talk to the lady herself was the icing on the cake. 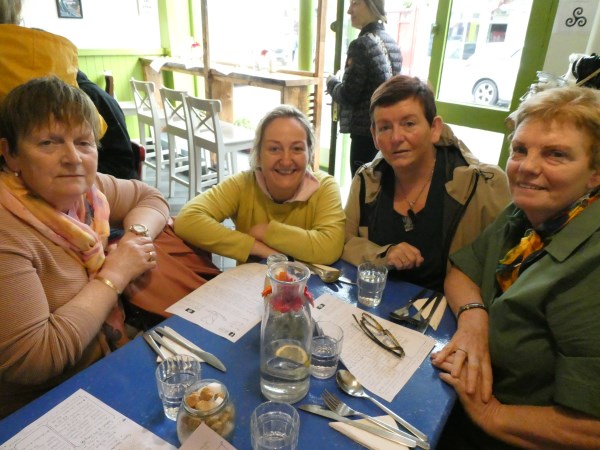 Races Story from The Archives 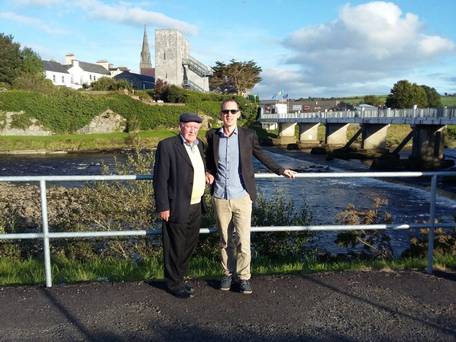 I’ve lately joined the ranks of the school drop parents.

You know the sleepwalking types who are half-human, half school bags and lunch boxes. The ones that look immaculate on the first day, but revert to tracksuits and bearded, red eyed grumps by day two (the men that is!).

My daughter couldn’t wait to get started and barely looked over her shoulder at The Good Woman and I as we left her behind with her wonderful teacher and all her new classmates.

I had a week off last week and, owing to some convenient amnesia and force of habit, imagined a week of leisure, down at the Listowel Races catching up with friends from my primary schoolgoing days, throwing back pints.

The holiday got off to a rocky start as I picked up a dose, followed by The Little Fella getting a fever. My plans were falling apart as I came to terms with the reality that I was tied to school drop off and pick up duties every day, along with toilet training and night ‘lifts’ to the toilet. Undaunted, Tuesday saw me arrive at the heart of zen-like peace in the South East, St Mullins, from where I jogged to the second lock gates and continued walking until the third lock but couldn’t make it as far as Graiguenamanagh as I had to be back from the school pick-up (and I was shattered). I drank in the sweeping views under a milk white sky, taking my time on my way back.

Wednesday was a doctor’s appointment for The Little Fella, followed by a morning enjoying the cafe life of Wexford with him, during which I picked up a new book before going home and lapping up the sunshine. Thursday was a walk from Slade to Hook Lighthouse and CD shopping.

Determined to get away at the weekend I hatched a plan to visit friends in Dublin, my first trip to the city in three years would be amazing, I told myself, only to discover via Whatsapp that said friends were heading to Kerry.

With a daunting list of work to do around the house ahead of our children’s birthday party this weekend, I started to feel the walls closing in around me. The holiday was half way over and drinks needed to be organised to cap it all off, but where?

For years I’ve been trying to get back to Listowel for the races. Every year growing up in Listowel, the races and Fleadh Cheoil meant a week off school and the arrival of ‘the bazaar’ in town, along with a colourful host of characters, enjoying marathon sessions. Back then the town was buzzing and there was a wonderful atmosphere as you crossed the bridge over the River Feale to the racecourse, to the lilting sound of ‘throw me down something’ from Travellers who enjoyed the good fortune of (some) punters.

Such sounds could not be heard over the thunderous Feale river on Saturday when, accompanied by my financial turf adviser, (my Dad), I returned to the race track on a glorious Autumn day. My tactic of backing horses with fun, quirky names was abandoned on the advice of my father so I went with ‘good’ each way prospects, all of whom came nowhere. After the races we walked the streets of the lovely north kerry town stopping into the institution that is The Shebeen pub, where people were relaxing in the great company of its owners, chatting about this year’s festival, which had a record crowd for Ladies Day on Friday. I returned to Wexford on Sunday night exhausted after a great escape (and a few too many) in Kerry.

A loyal blog follower was visiting my hometown of Kanturk and he photographed a few jostle stones for us. 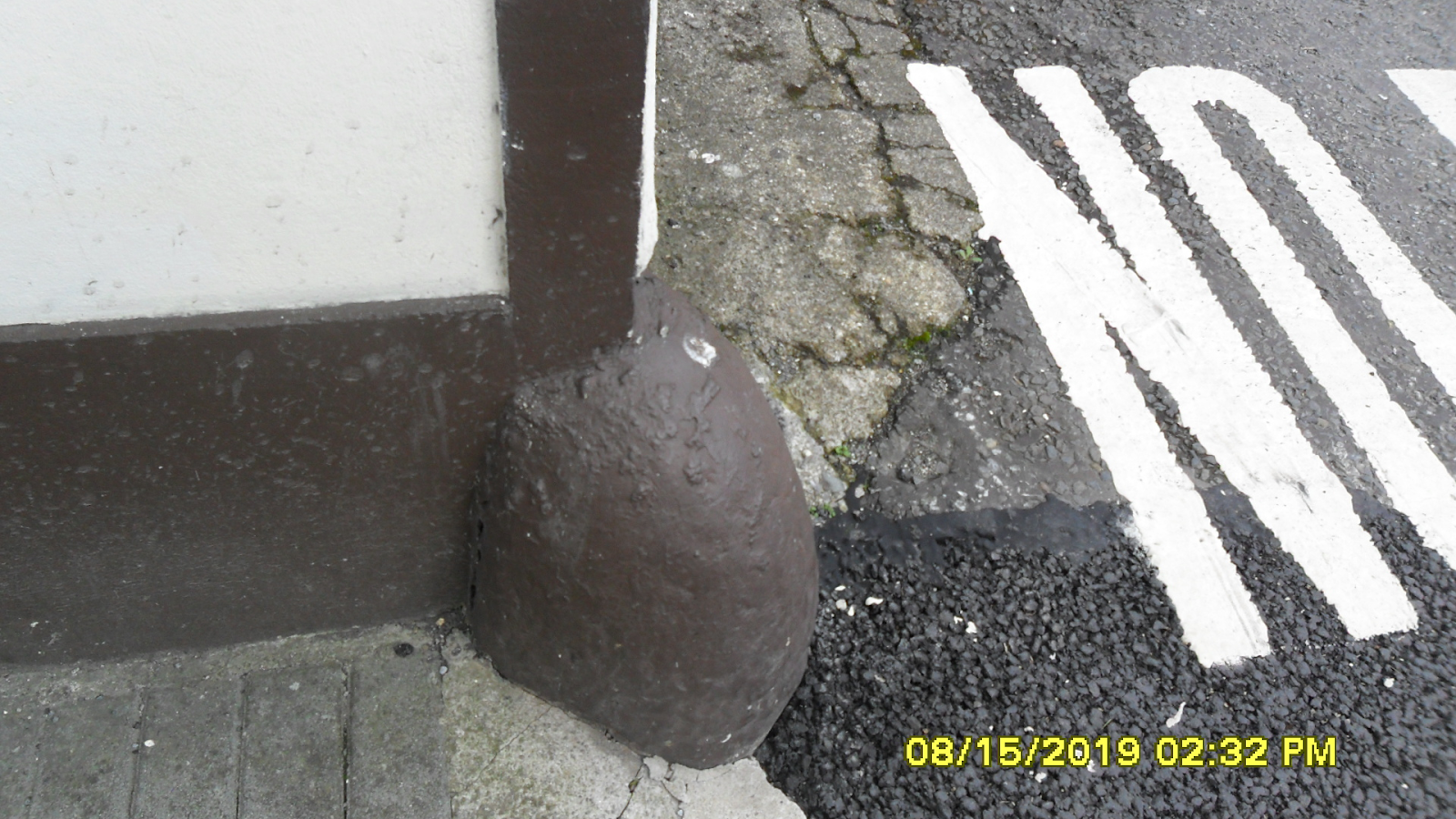 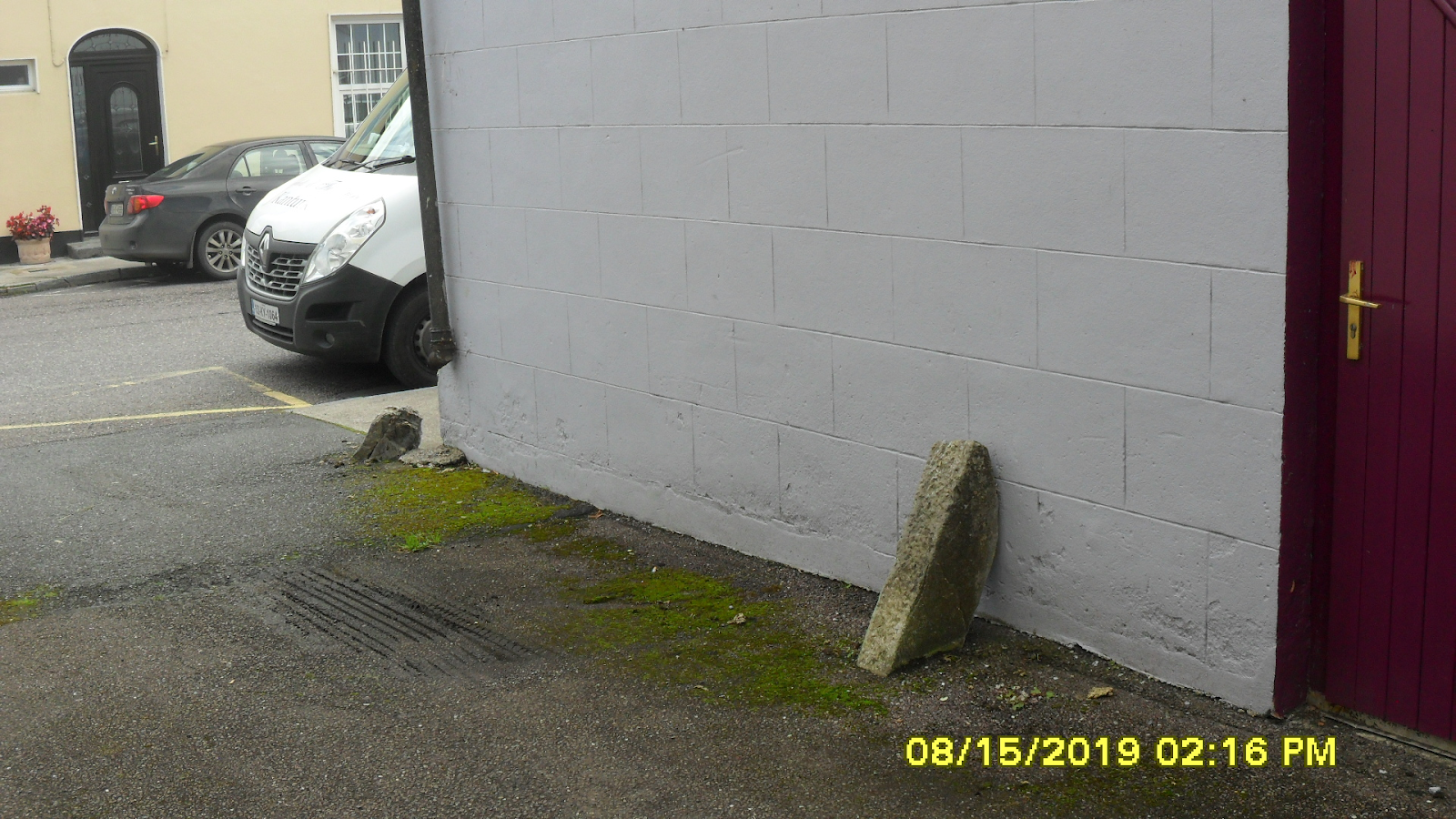 The stones were in a laneway leading to the back of the old RIC barracks, later a Garda station and now a furniture and carpet shop.

Horses and carriages would have gone down this lane to get to stables at the back of the barracks. These stables were later used as cells for prisoners.