When Duagh last won the North Kerry Football Championship the captain of the team was one Bill MacCarthy R.I.P.

Bill Murphy of Lyreacrompane and New York remembers him and all the McCarthys with great fondness.

“I got the words of the song composed by the late John Joe Sheehy about the excitement of the Cuckoo clock that was acquired by Johnny and Agnes McCarthy and hung in the  sitting room off their shop at Glashnacree. People came from near and far to see and hear this rare clock. The shop/home was located half way between our home and Lyreacrompane N.S. on the banks of the Smerla river.

If ever you
travel along the road from Lyre to Glashnacree

There
Johnny McCarthy’s neat abode you cannot fail to see

The hands
are bright with Chinese white, the brass wheels go tick-tock

I invited
Patrick Edgeworth up to Roches for a pint

I met with
Patrick Buckley in the middle of my rhymes

Says I to
Patrick Buckley we’ll talk about old times

I’m sorry
says Pat, I must proceed to view the Cuckoo Clock

He was
invited up to Dublin with the champions to compete

He was
taken up with staring at McCarthy’s Cuckoo Clock

I met with
Martin Curran and I said we both aspire

To start a
Labour Union in Glanderry or in Lyre

Oh the
Pyramids of Egypt are of great antiquity

Fair is
Manhattans skyline when viewed from Brooklyn dock

A teacher friend asked me to look at this.

I think it is great. Check this out for yourself and click ‘like” it if you think it is a good invention. These kids are just 16 and they have worked very hard on their Young Entrepreneur project.

Mol an óige……  ( an old saying ;  Praise youth and it will blossom)

James Scanlon recommends this site to us: 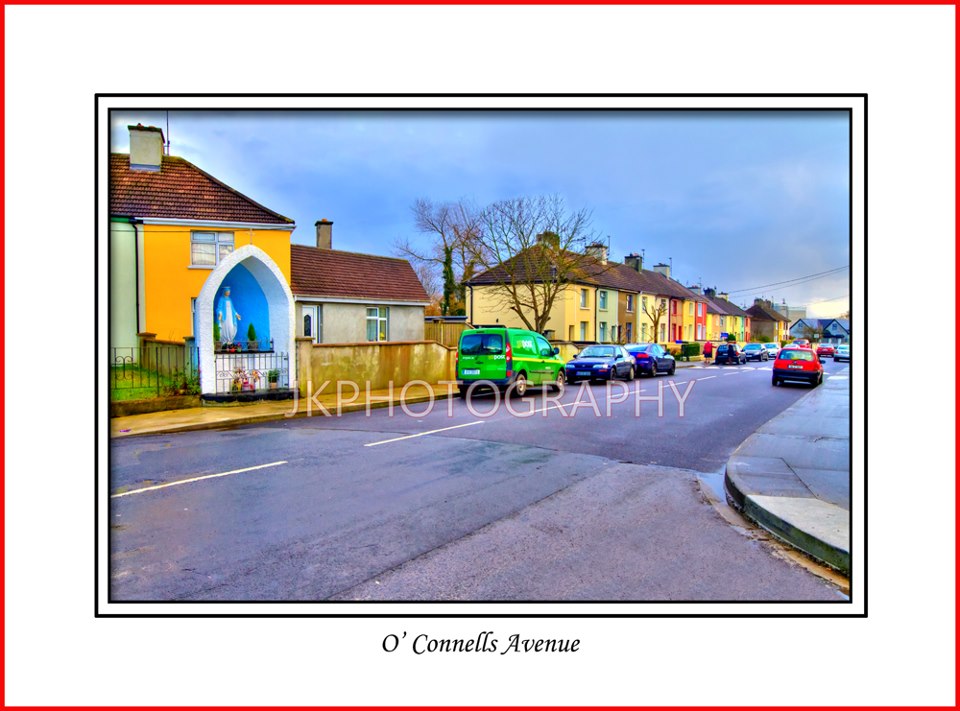 If you grew up in Listowel and would love to have a picture of your birthplace hanging on your wall, John Kelliher is your man. He is mounting his beautiful photographs of town in all different formats.

to see what he can do for you. He does weddings, birthdays and occasions as well. 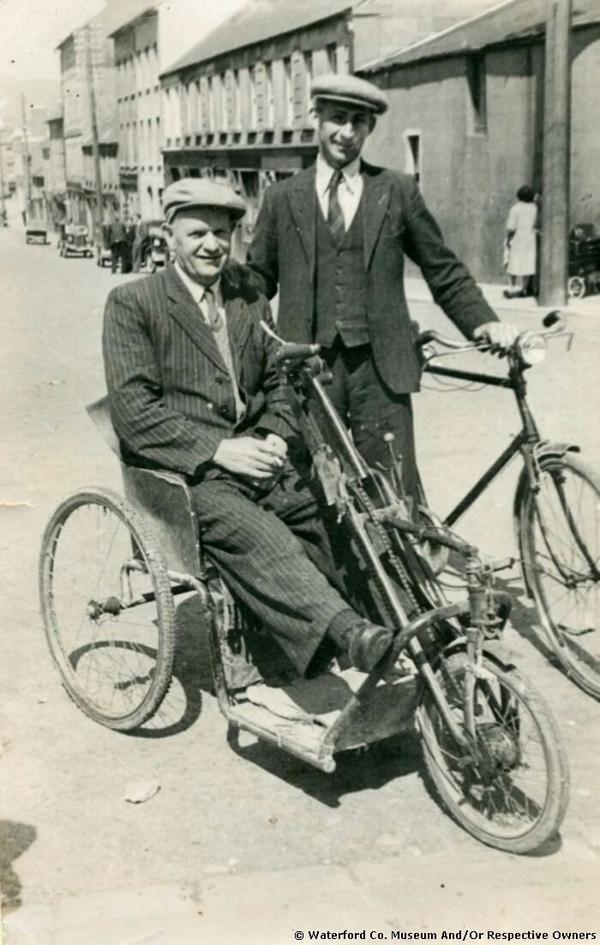 This an early self propelled wheelchair in 1955 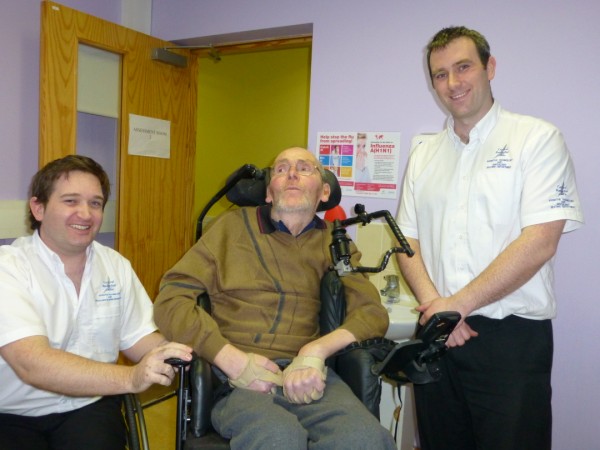 Last week we had a bit of a wheelchair problem in this house  and it necessitated a trip to our friends in the CRC seating clinic in Limerick. Wheelchairs have come a long way since 1955. They are now  sophisticated pieces of machinery. People are no longer “confined” to  wheelchairs. They are liberated by them.

My photo shows my heroes, my husband Jim with Eoin and Daniel, occupational therapists at CRC Limerick who, yet again saved the day and restored everything to working order. 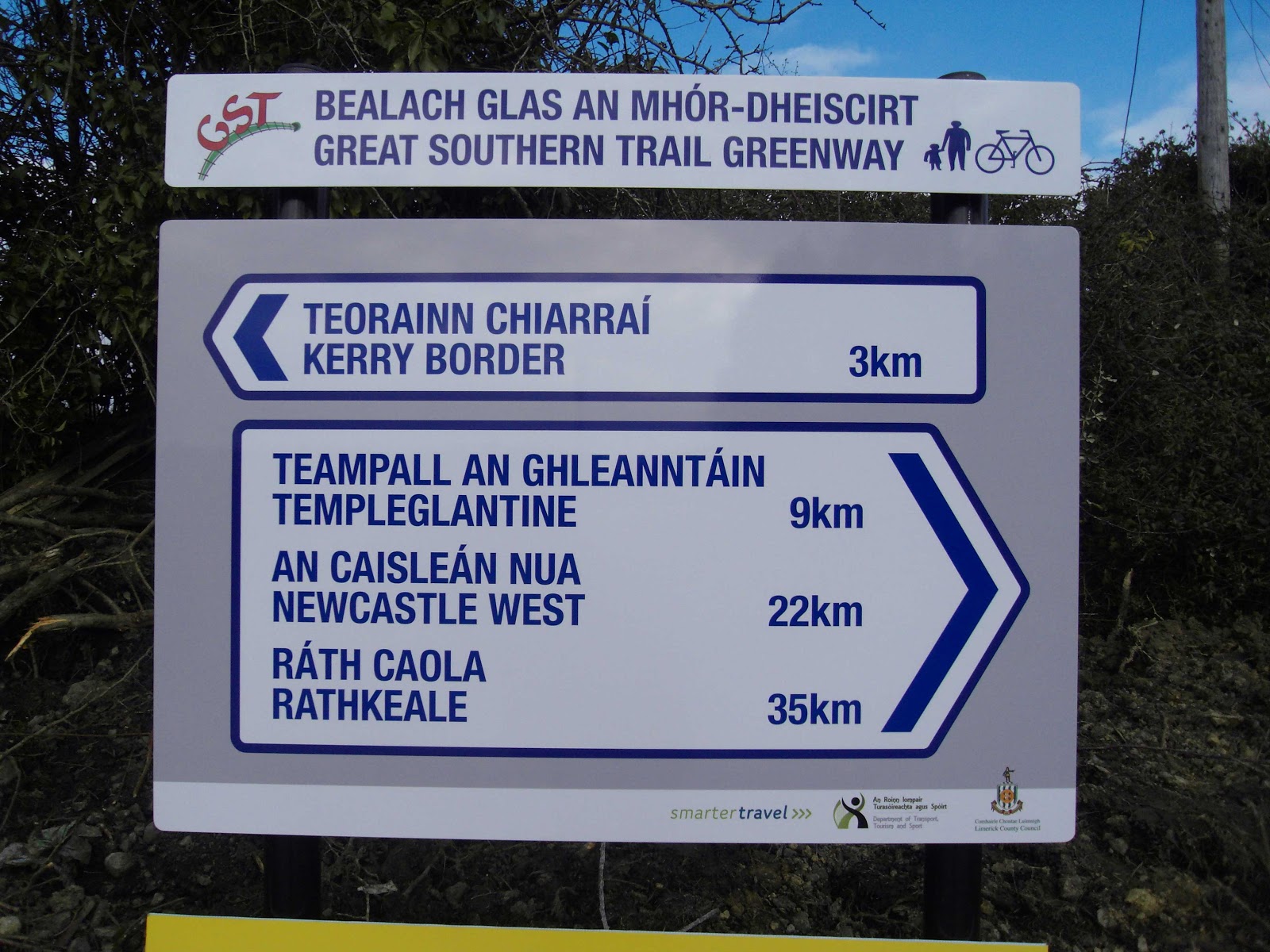 Our intrepid reporter, Jer Kennelly was there and he sent us these photos

Liz. Brosnan was there with her camera and she snapped a Kerry contingent 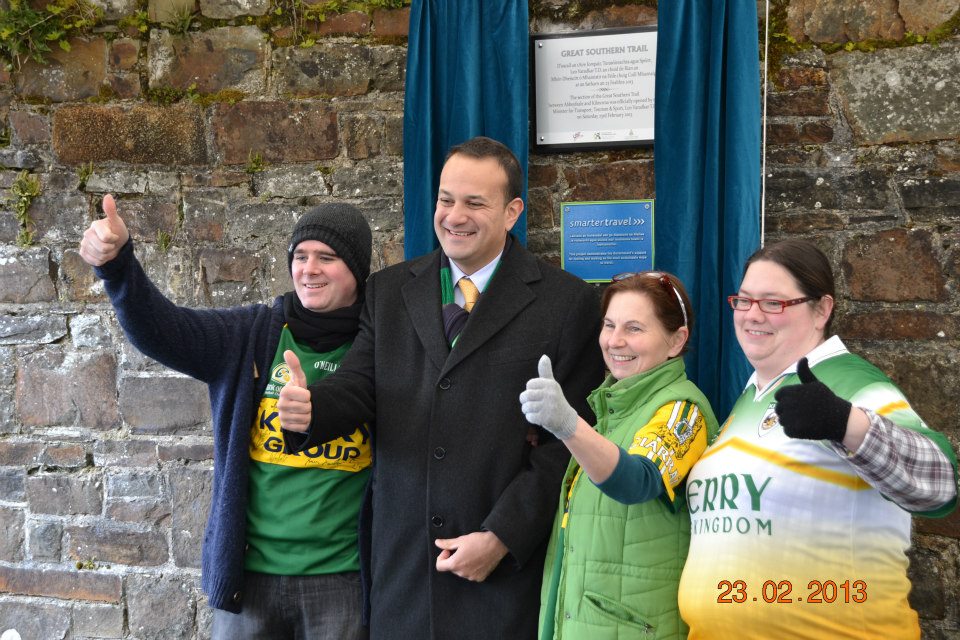