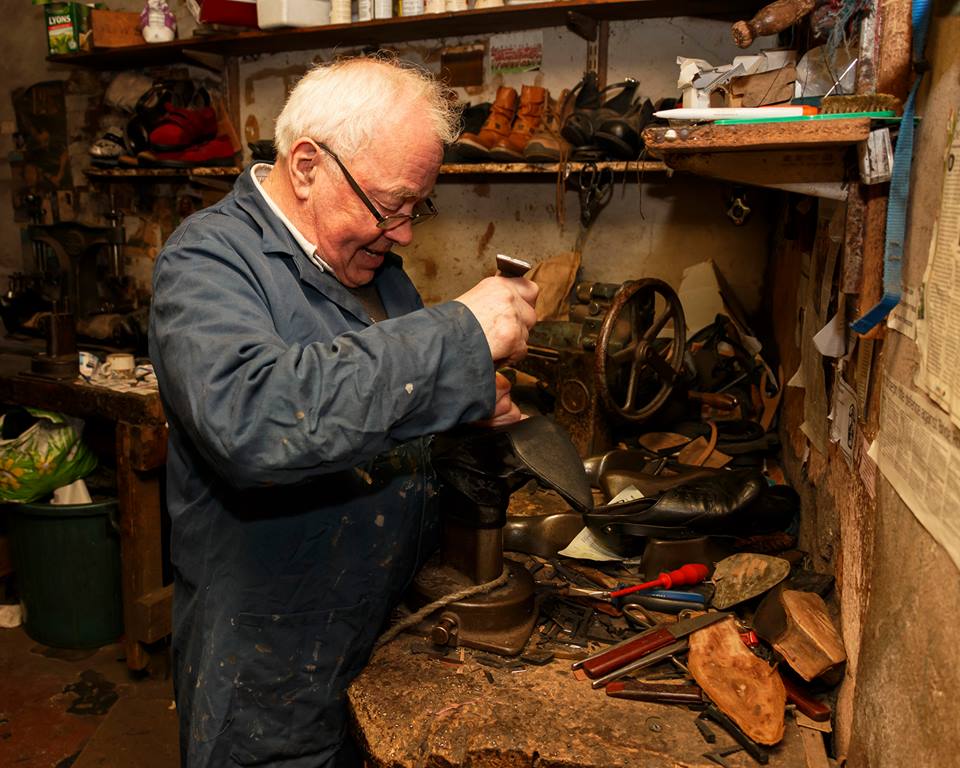 Theresa Collins of Mallow Camera Club is the photographer.

New Pharmacy at The Gold Corner 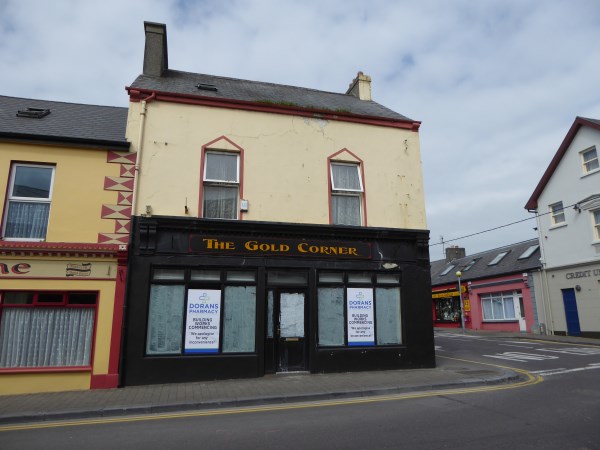 Work is underway on Doran’s Pharmacy due to open soon at this location.

Ballybunion on the Wild Atlantic Way 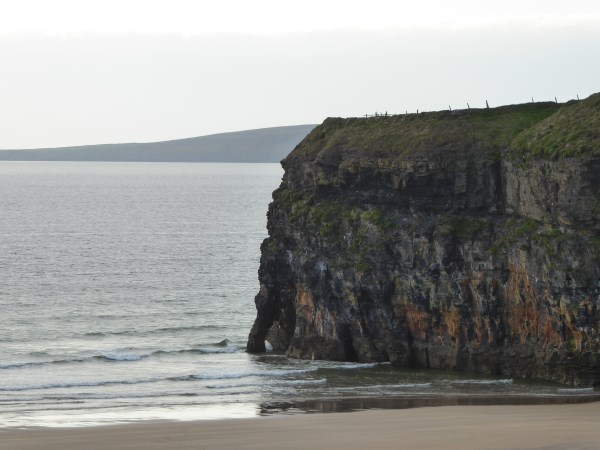 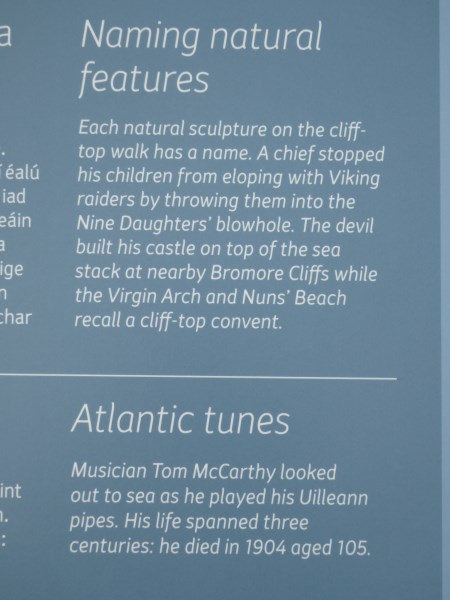 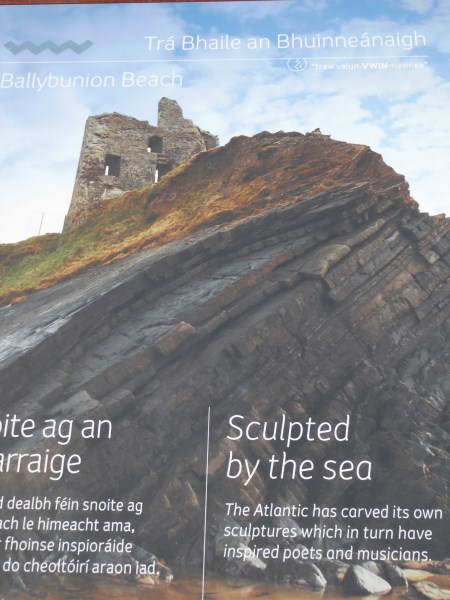 These details from the WAW sign point out some of the reasons for  the universal appeal of Ballybunion. I count myself blessed to have it on my doorstep. 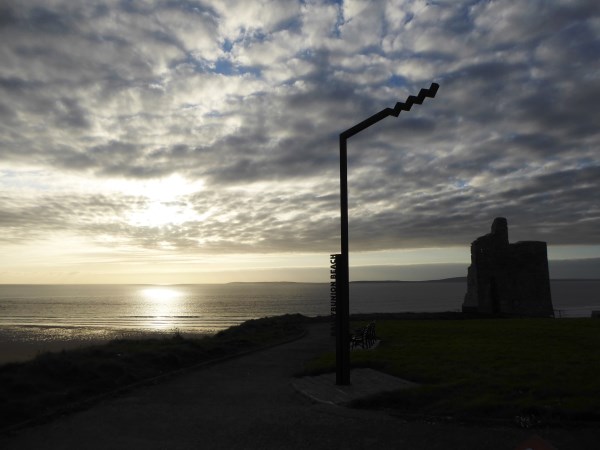 Potatoes were grown in drills but the
belief existed that, because the ridges were made in virgin soil (bawn) they
produced better crops. To prepare the soil for drills, which were always made
in broken ground or stubbles, the garden was ploughed as normal. It was later
harrowed with a spring harrow, rolled, harrowed again and again rolled. The
area was then ploughed again, and rolled and again harrowed to make sure there
were no lumps in the soil and that the earth was fine and loose. The process
helped the germination and crop growth of the seed potatoes. When the ground
was ready, the drills were opened using a double boarded plough.

Farmyard dung was then drawn from the dung
heap beside the cowshed with the horse and butt car. It was later spread on all
the furrows with four prong pikes. The drills were now ready for the sciolláns
so all members of the family were called on to spread the seed. The seeds were
laid on the dung in the furrows and the drills were split so that the furrows
with the potatoes on the dung became drills and the drills were the new
furrows. There was less manual work with drills although the spreading of the
sciolláns was severe on the back. The varities of potatoes sown then included
Aran Banners for fowl and farm animals, Kerr’s Pink, Aran Victors (blue ones)
and Records. The early variety, Epicure was set in the kitchen garden near the
house.

The Siege of Jadotville 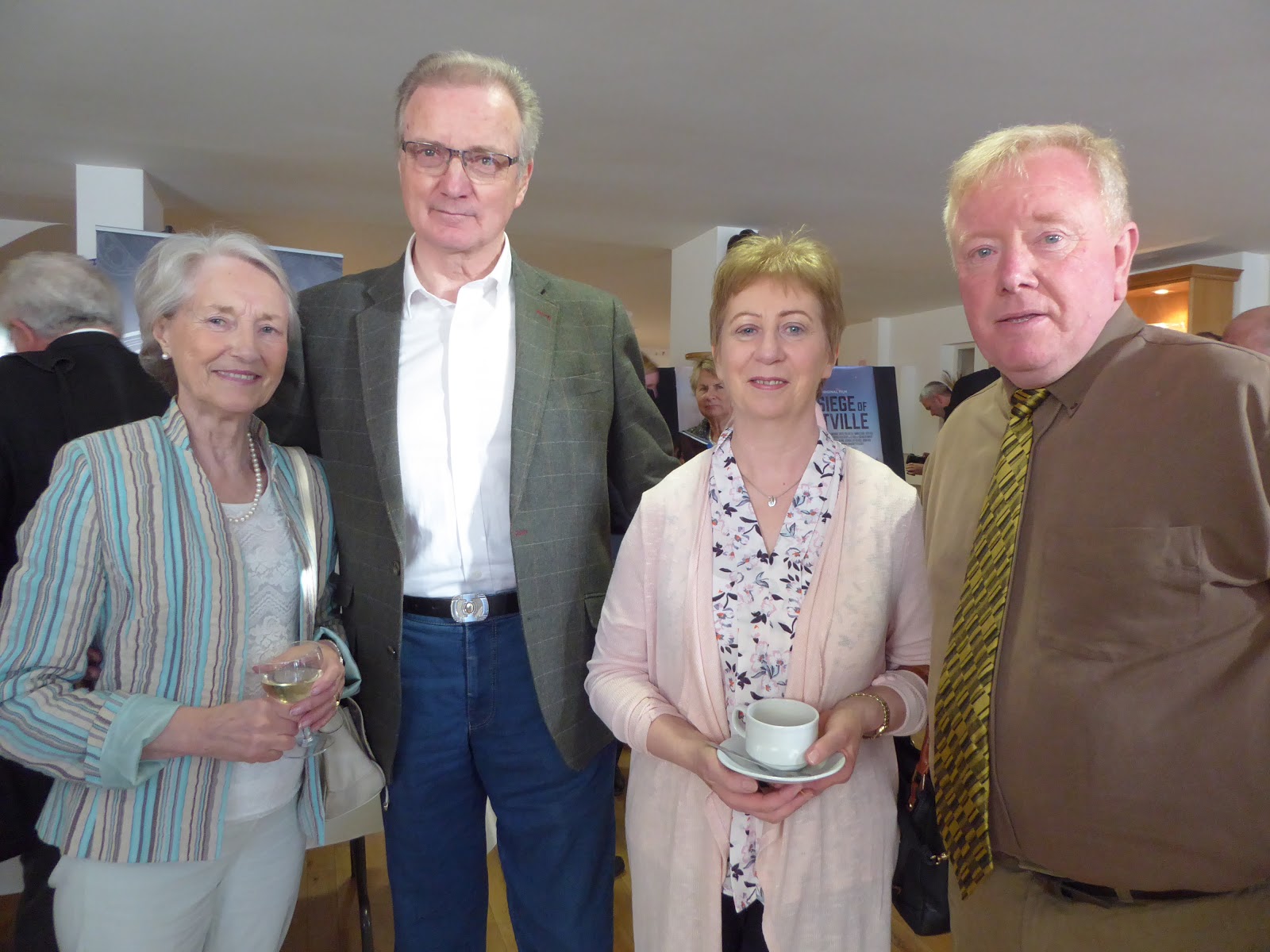 Jim Halpin is a man who does more then anyone in Listowel to make sure that  the men who served their country are remembered. He has put his money where his mouth is and invested heavily in his excellent military history museum on Church St. and every year he organises a reunion and celebration for his friends and old comrades in The Irish Army Reserve.

Jim invited me to an event he had set up for Friday April 28 2017 in The Seanchaí. I felt privileged to attend. 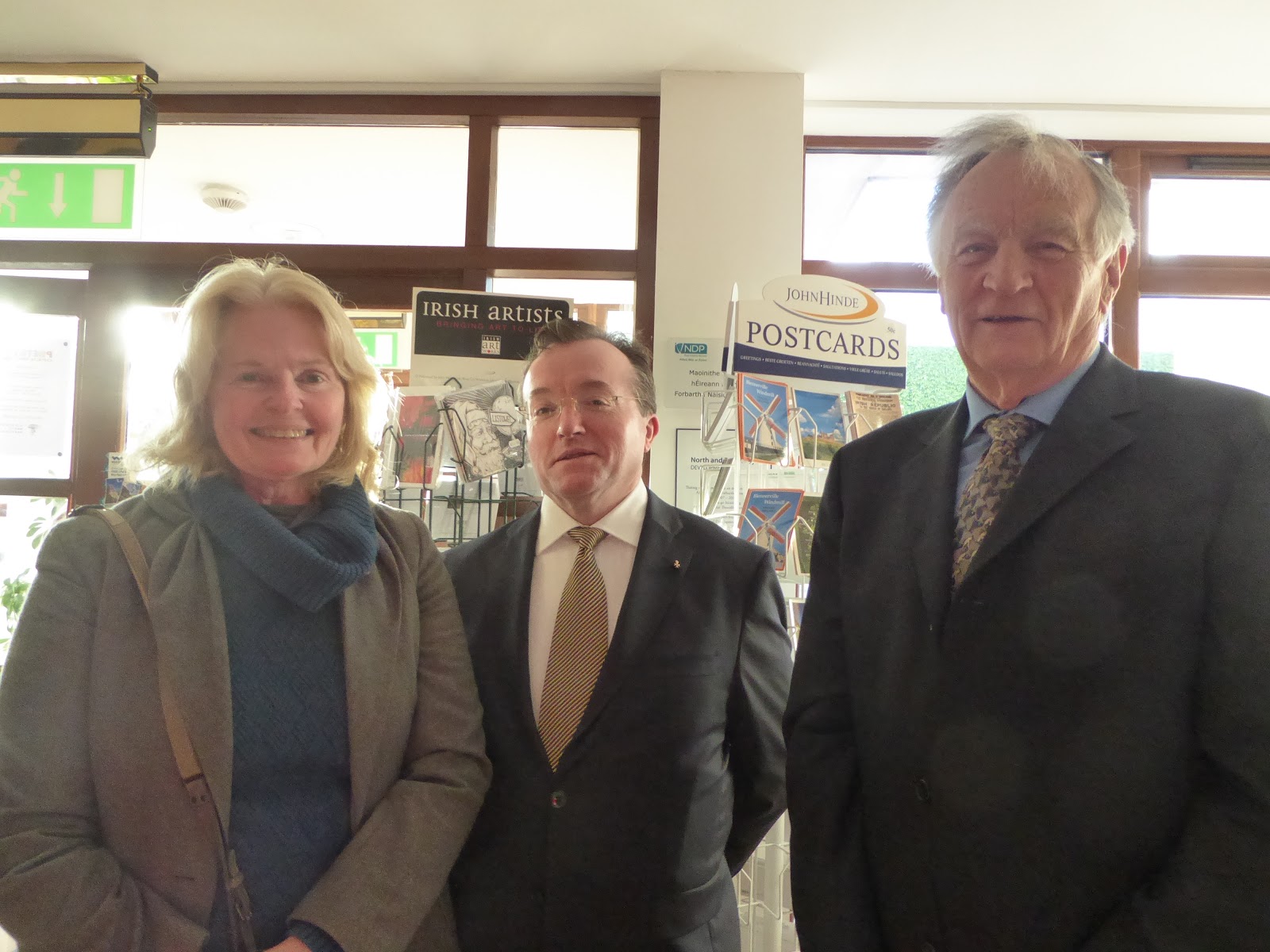 After a cheese and wine reception, the dignitaries and honoured guests were piped into the auditorium. 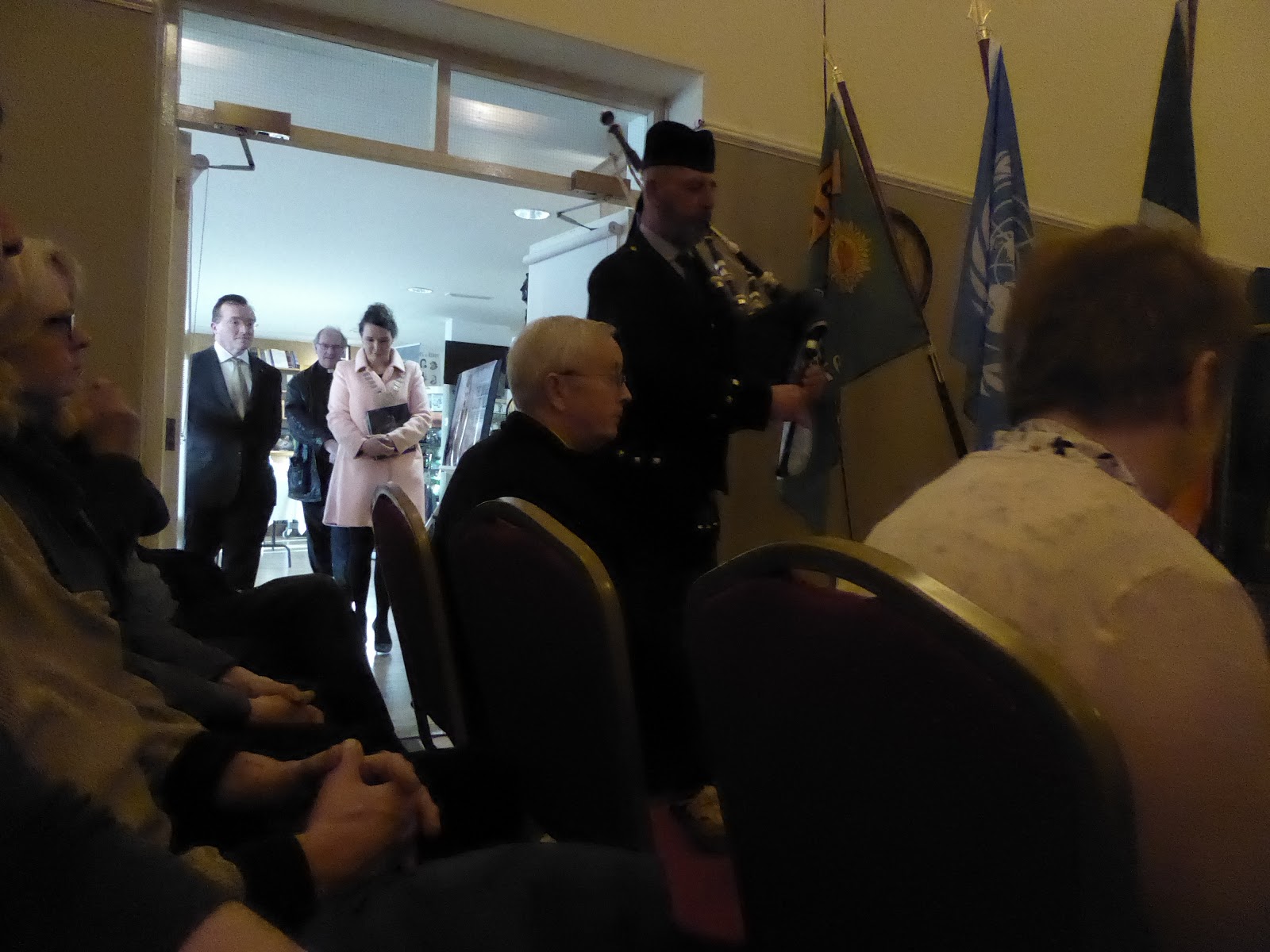 Aoife Thornton, our current mayor, made a presentation to Leo and Sheila Quinlan. 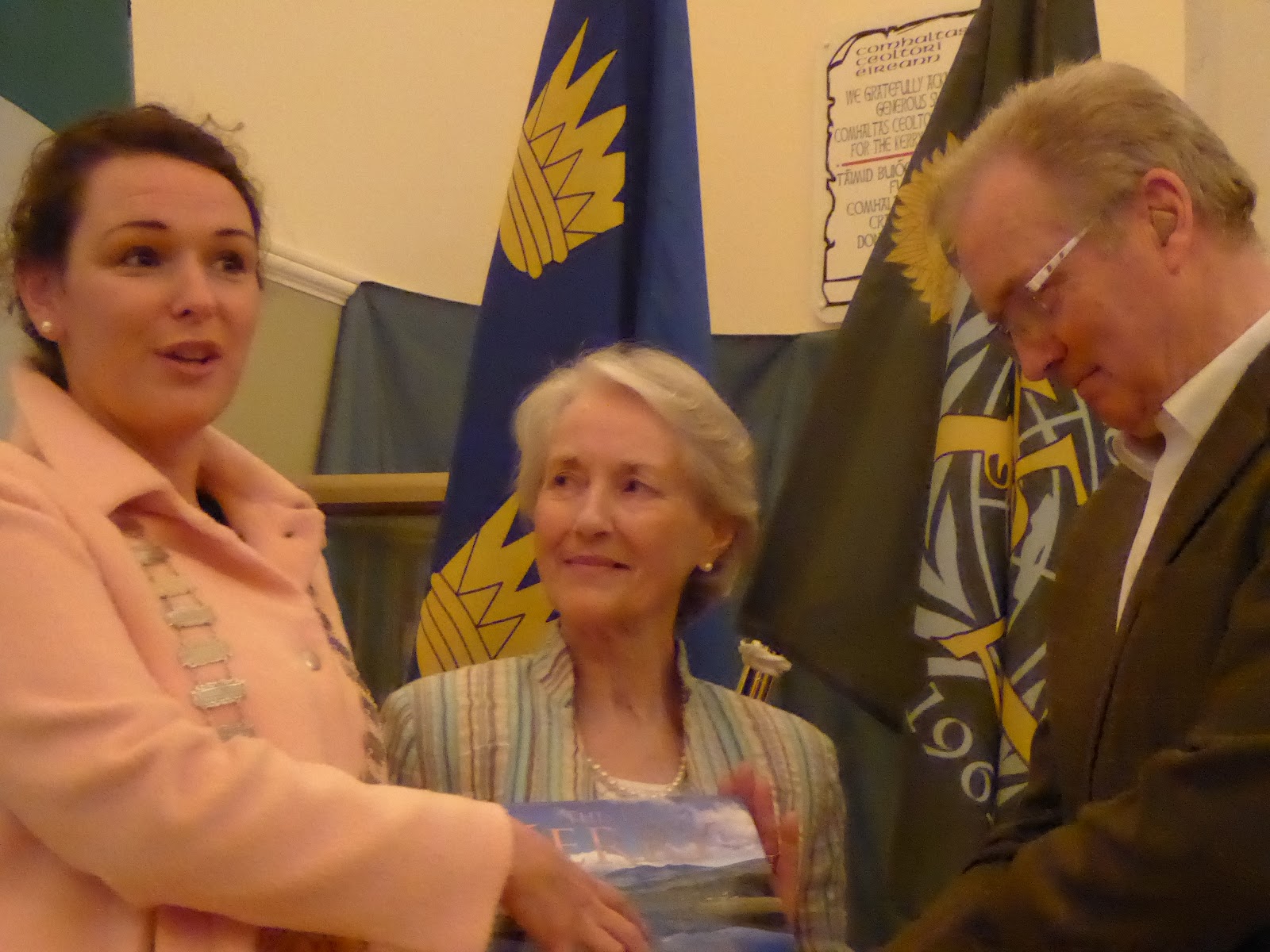 Dr. Declan Downey filled us in on the background to Jadotville and the travesty that followed. 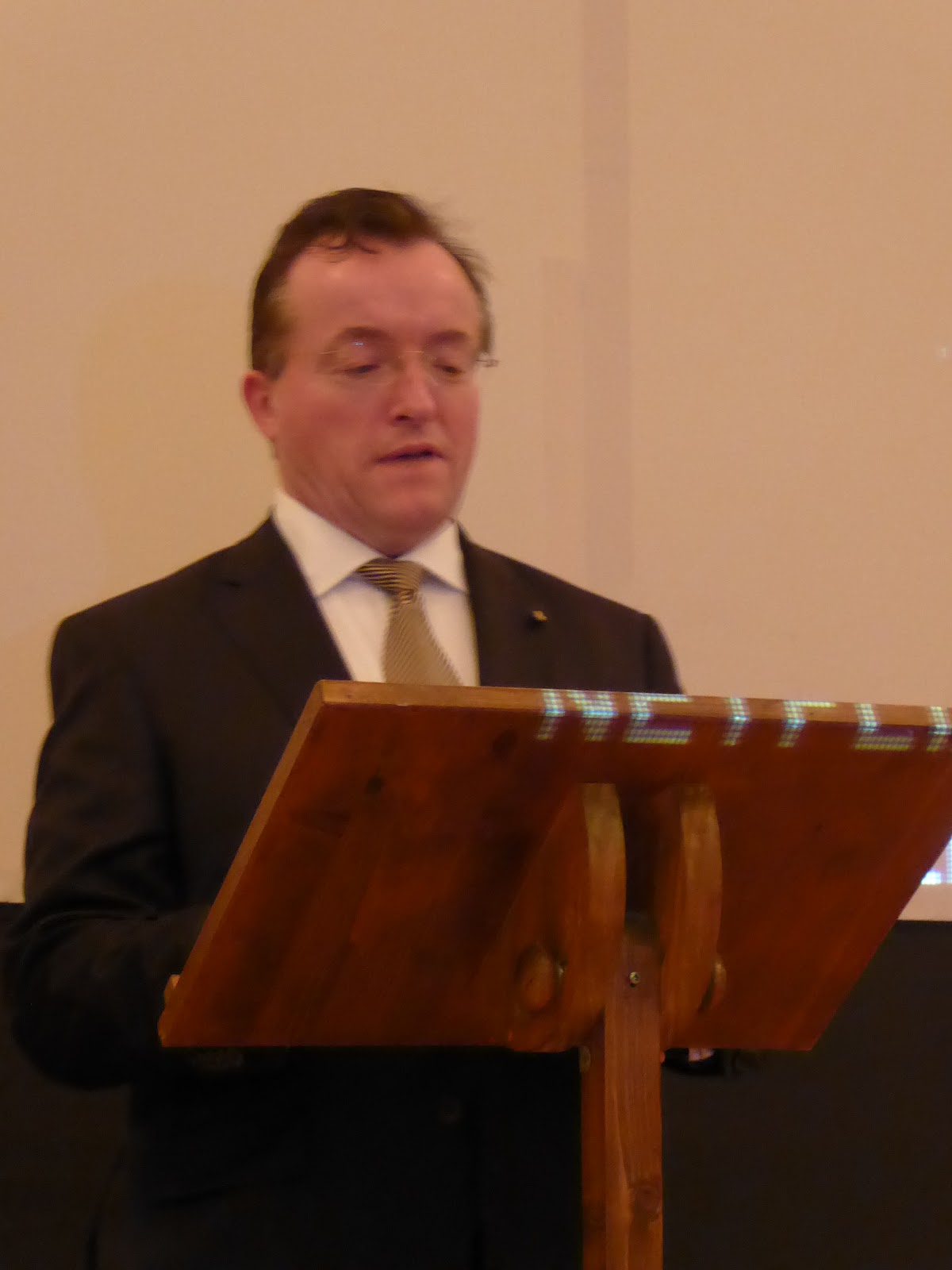 This was the early days of Ireland’s peacekeeping involvement with the United Nations. The African country of Congo had freed itself from its Belgian and French colonisers and was now a republic. The oil and mineral rich Katangan province was backed by rich oil and mining companies in its bid to form an independent state within Congo. The United Nations was called on to help maintain peace between the state forces and the rebels.

Conor Cruise O’Brien was the UN man on the ground when the UN peacekeepers were sent in. O’Brien had no experience as a diplomat and, according to Downey, made a very bad job of it.

Commandant Pat Quinlan, a Kerryman, was the man in charge of the UN compound in Jadotville in Katanga. He and his small band were charged with keeping the peace between the Congolese and Katangan troops whose ranks were swelled with mercenaries brought in by the vested interest in mining and oil.

The siege lasted 6 days with Quinlan’s A Company outnumbered 20 to 1. Orders from O’Brien were to keep fighting even though the Irishmen were inflicting heavy casualties on the Katangans. The peacekeepers had become peace enforcers.

Eventually when they had run out of ammunition and food supplies, every bullet having been fired twice, and Quinlan was left completely on his own, he made the only decision he could to protect the lives of the men in his charge; he surrendered.

We were shown the film starring Jamie Dornan which brought all of this story to life for us. After the surrender the men served a month as prisoners of war while the UN and the Congo debated what to do with them. Eventually they were released and came home to an ignominious lack of welcome. Despite continuous campaigning their heroism was ignored until nine years after Quinlan’s death. In 2016 Quinlan’s reputation was restored and his men honoured by the Irish state which they served so loyally and so well. 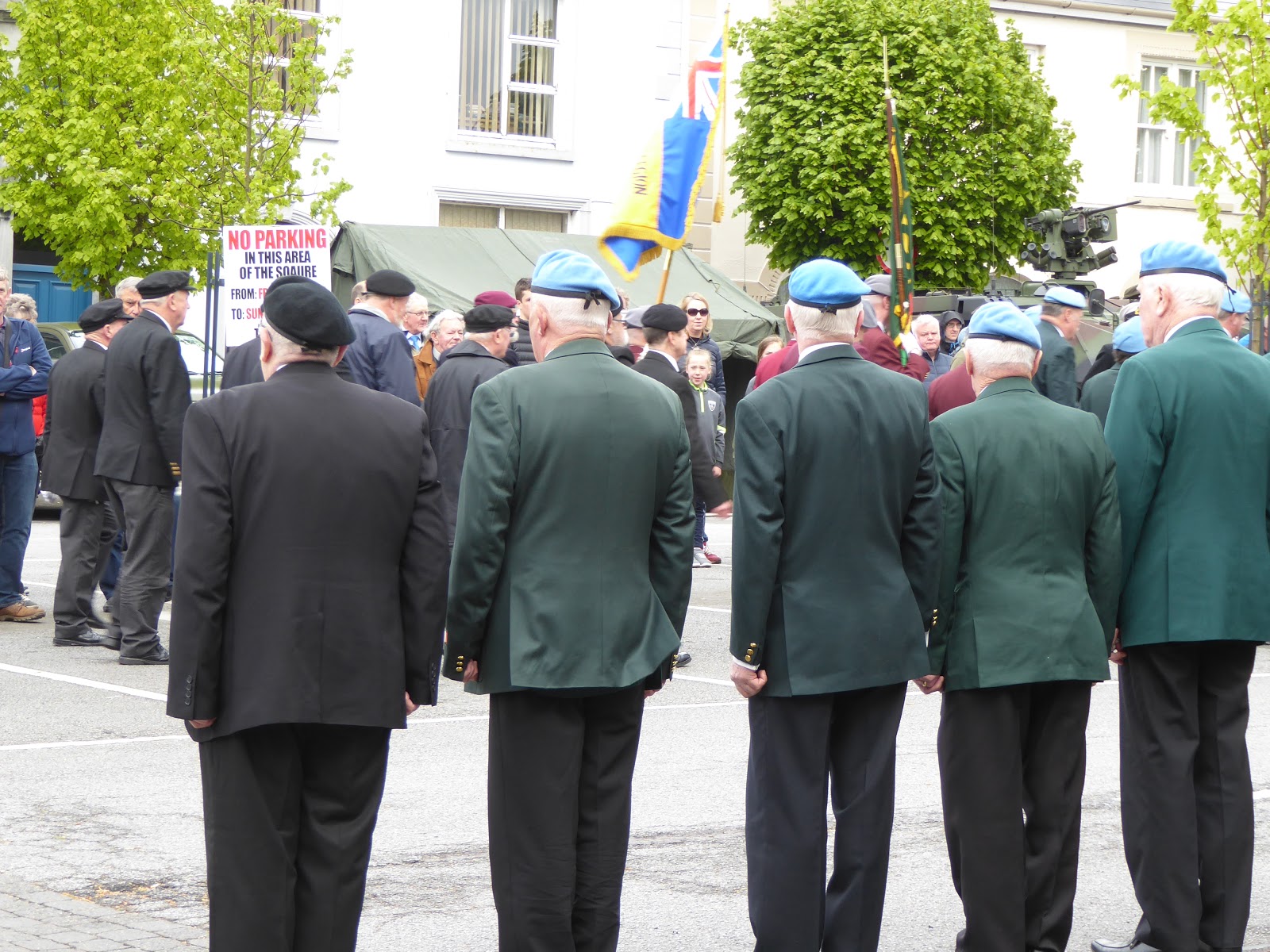 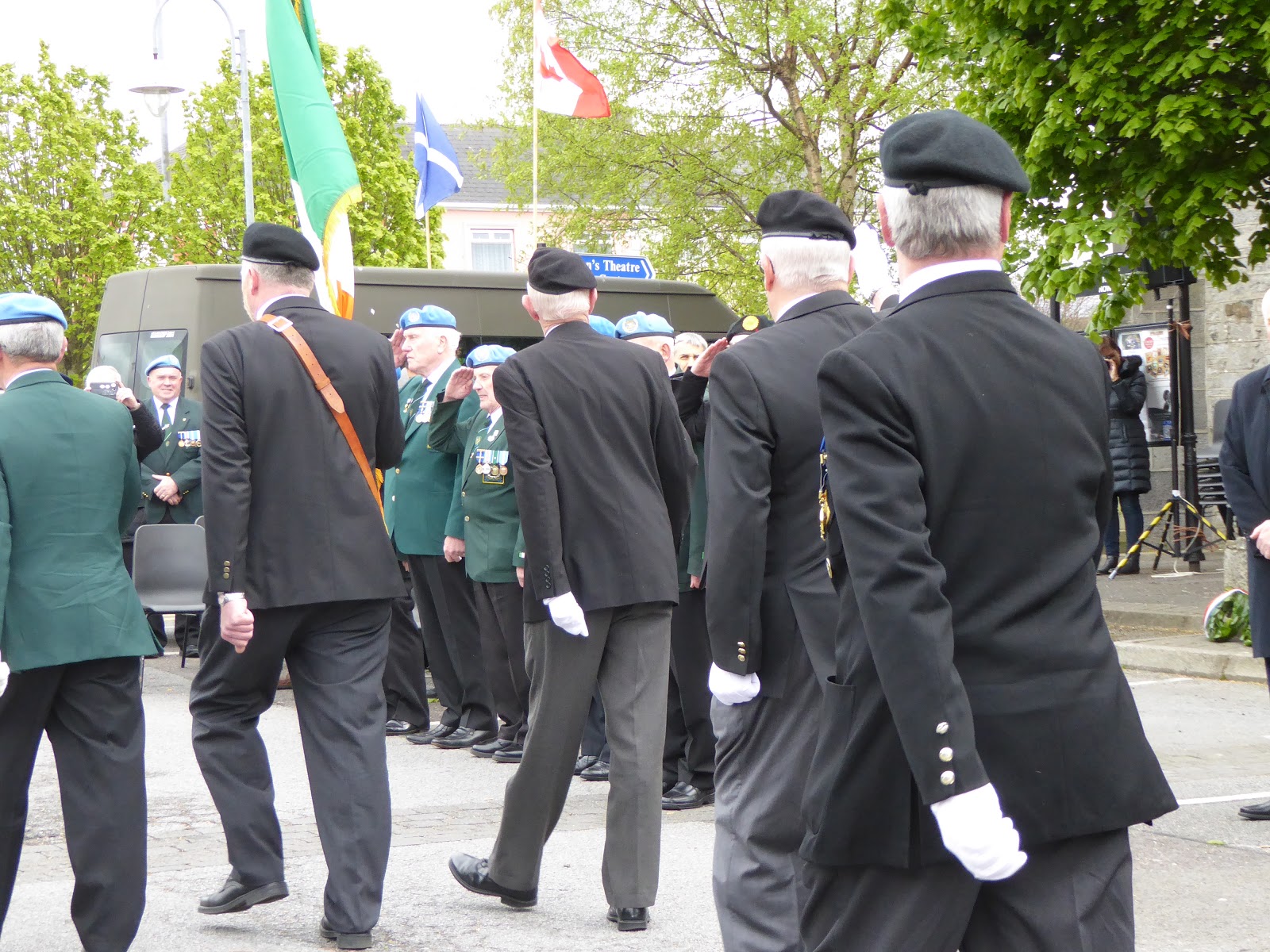 At Listowel Military Festival 2017 the surviving members of A company were honoured guests and after the wreath laying ceremony on Saturday April 29 2017, they were invited to stand as their fellow veterans marched past in a gesture of respect for them.

Ford in Brazil, The Cashen, silage and Ireland’s Own