Eamon Kelly experienced neighbourhood storytelling from an early age and described his carpenter father’s house as being a Rambling House, the local venue for the art of the storyteller in recent centuries. For those who thrilled to his radio and TV storytelling Eamon was the epitome of the seanchaí. There is an inaccuracy here. The term seanchaí described the communal bearer of multi-faceted traditional lore (seanchas). Eamon himself pointed out that he wasn’t a seanchaí – but ‘played the part’ of a seanchaí. Indeed, to be more accurate, he was more of a scéalaí (storyteller) – one of the several functions of the seanchaí. Given the nature of late 20th century Irish society it is questionable if the term seanchaí can now be applied to more than a few. (Some individuals like Paddy Lowry and Paddy Heany in the Slieve Bloom area may well approach that status.) It would certainly be inaccurate to give the term to most modern professional storytellers, given the fact that the traditional seanchaí was defined by the local audience to whom he (and it was usually a ‘he’) imparted his lore.

It is ironic that the technology that did most to displace the traditional seanchaí – radio and television – was the same technology which bestowed the mantle of national popularity upon Eamon as a storyteller.

By the mid 1950’s the Rural Electrification project (begun in 1946) was changing the economic, social and cultural face of Ireland and around this time Radio Éireann began to devise entertainment programmes that approximated, on air, the ‘rambling house’, or ‘ceidhlí house’ format. The hugely popular Take The Floor, which was presented by Din Joe, and famously featured, for the first time, ‘dancing on the radio’ (not as daft as it sounds) began to feature Eamon in storyteller spots. He also guested on CeidhlíHouse Tonight, which featured Séan Ó Riada and his groundbreaking musical group Ceoltóirí Chualann. This led to Miceál Ó hAodha giving Eamon his own programme, The RamblingHouse. While still a member of the Radio Repertory Company, he began to moonlight with some of the CeidhlíHouse cast and present a version of the show in venues throughout the country. This new milieu, no doubt, occasioned a different kind of timing in response to the live reactions. Then, with the advent of the national television station, Eamon was featured telling tales for younger viewers.

He had been pointed to traditional tales by Sean Ó Súillabháin of the Department of Folklore, in University College Dublin. He regularly visited the Gougane Barra region in West Cork to pick up tales and his fast developing repertoire was swelled by stories posted to him by his listeners. He notes that the source of one of his signature stories, The Looking Glass, was a traditional Chinese tale.

Eamon went on to bring his storytelling persona to the stage in a series of seven one-man shows – In My Father’s Time, The Story Goes, A Rogue of Low Degree,Bless Me Father, Your HumbleServant, The Rub Of A Relic and English That For Me (several of which he played in London and the U.S.) He christened this form of entertainment “theatre of the hearthstone.” The move from a fireside seat to the stage called for a more active style of telling, one which he achieved with a mastery of ease that did not over-theatricalise the conversational integrity of his tales. Stories from these shows were published by Mercier Press and most of them are included in Ireland’s Master Storyteller: The Collected Stories of Eamon Kelly (1998).

Getting in the Mood for Daffodil Day

Here are a few memories from Daffodil Days of times past just to get you in the spirit.

We’ll do better this year.

Ironically the advertisement on the window is for Selochrome which was a method of printing photographs from film. This photograph was taken by an unknown photographer on a glass plate.

This image forms part of a beautiful collection of old photographs taken in several Munster towns, including Listowel, in the 1930s.

are available to view online at the above link.

Daffodil Day, Mike O’Donnell’s Covid 19 cartoons and a poem from “a heart heavy with helplessness” 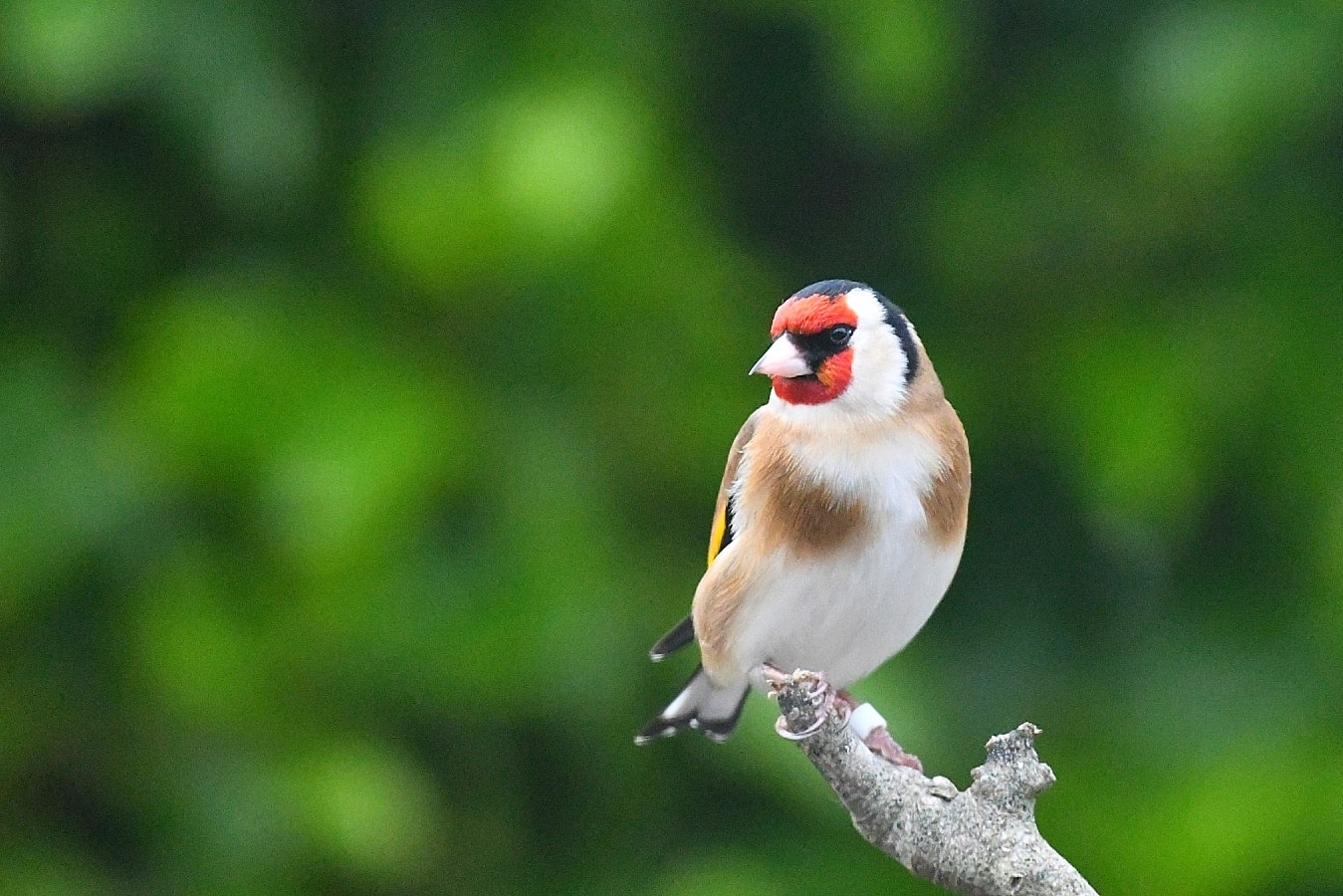 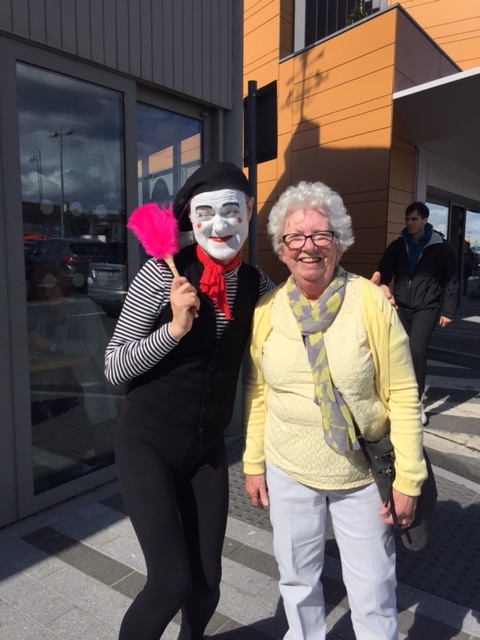 I came across this when I was looking for something else. I include it here just for the laugh. 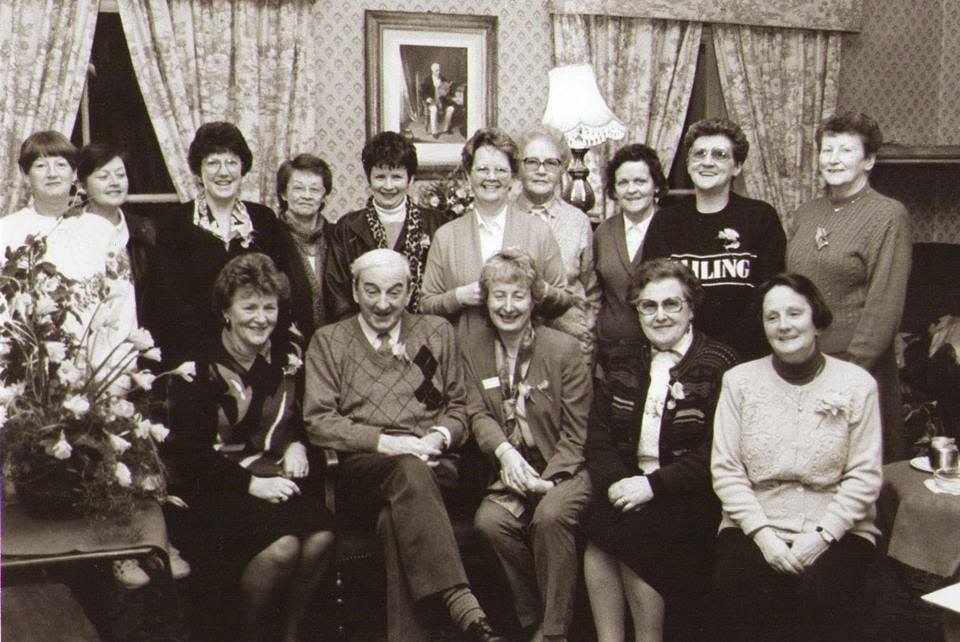 This year’s Daffodil Day fundraiser had to be cancelled  This is a photo of the first committee, some of them sadly no longer with us. In their honour and with the help of the present super committee we’ll do it all again as soon as the doors open. 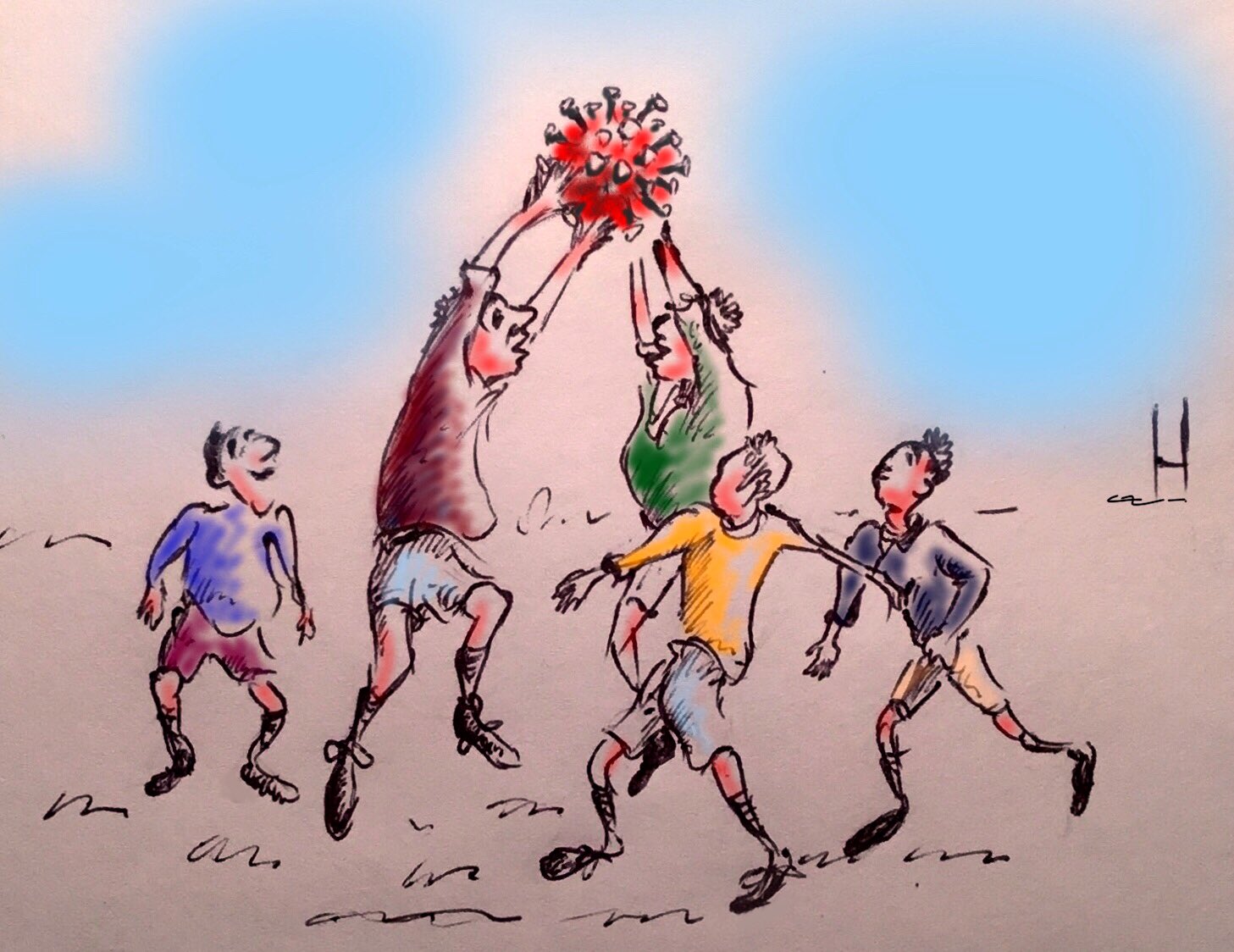 He captioned this one “The Catch”. 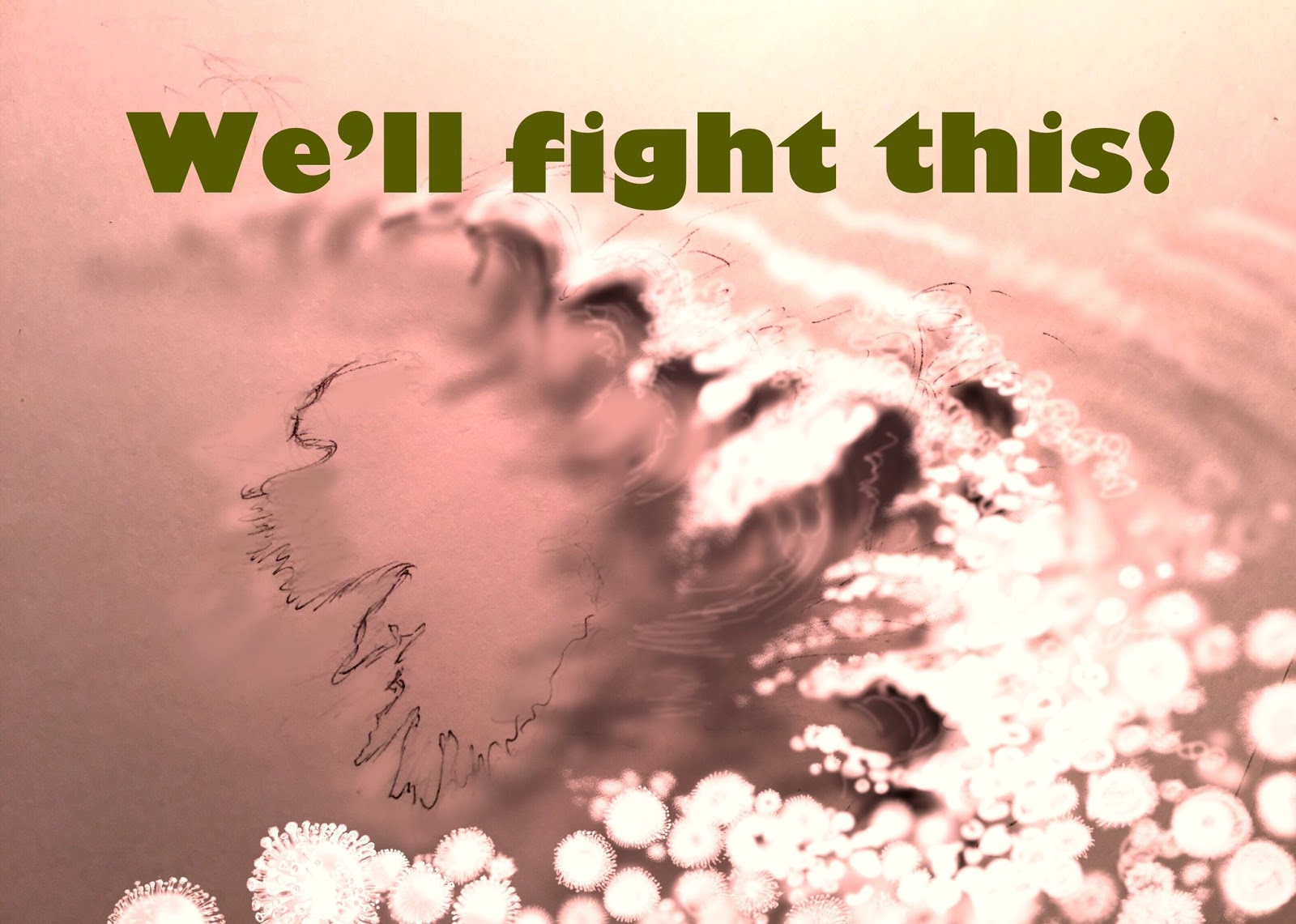 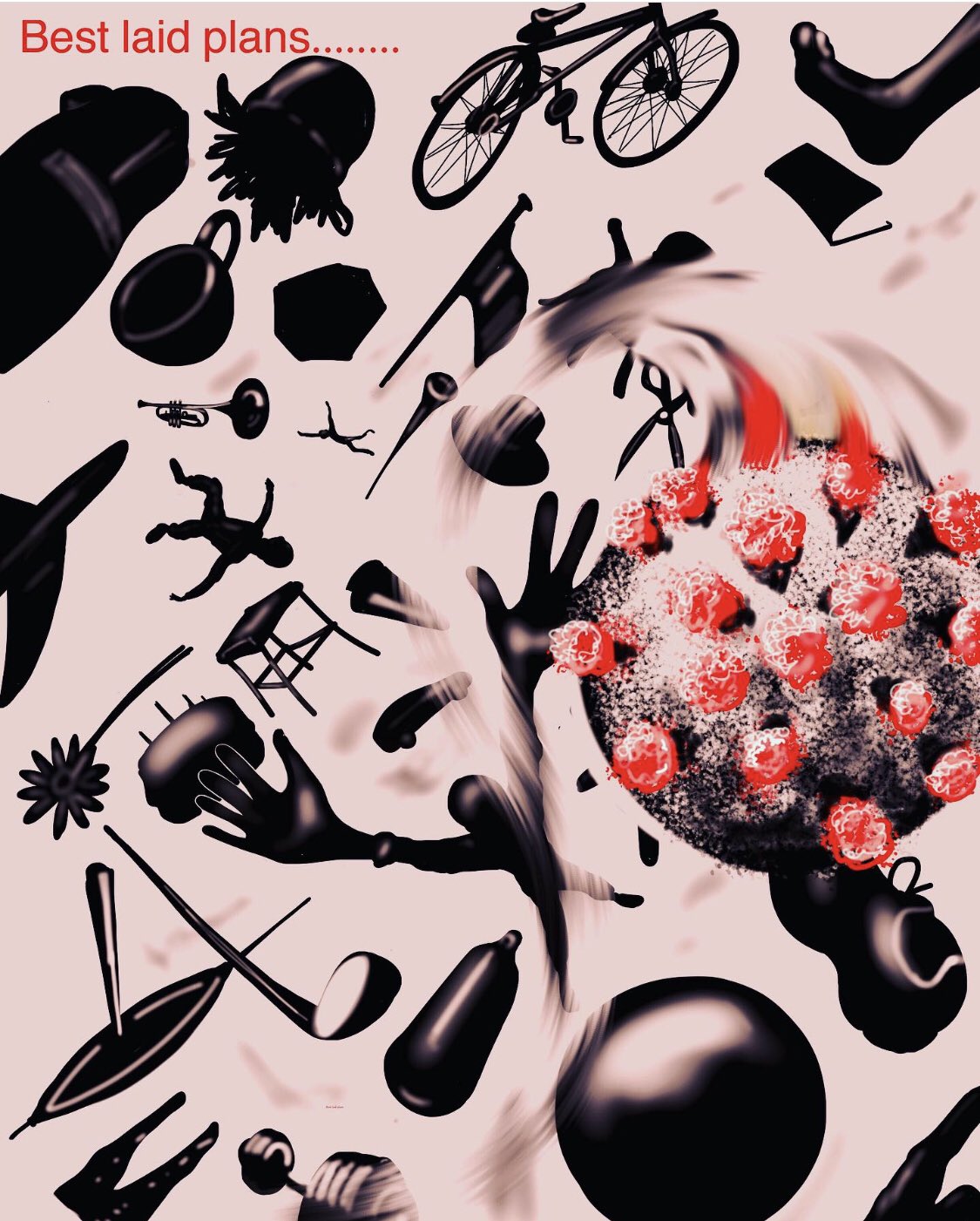 Mike is a genius. I hope when this is over he brings out a book of these…the first draft of history.

In Time of Loss

Irish people are traditionally the best at supporting friends and neighbours when they lose someone. It is one of the hardest parts of our Covid 19 deprivations that we cant show or see that traditional support.

John McGrath wrote this poem for a grieving friend.  It is particularly apt for these troubled times when we can’t be with our friends on their grief journey.

My heart is heavy with helplessness.

I would gladly take the weight from you,Share your loss. But you are there
And I am anywhere but there.

Yet even if I walked beside you

You would need to walk alone.

As every breath we take, and each our own.

But know dear friend, if love can lighten

One tiny step with you, look to your heart,

Be sure you’ll find me there.

The chances of the numbers 1 2 3 4 5 6 coming up in that order in the Lotto draw are the same as any other combination of numbers.  It’s a lottery.

I wandered lonely as a cloud

That floats on high o’er vales and hills

When all at once I saw a crowd

A host of golden daffodils 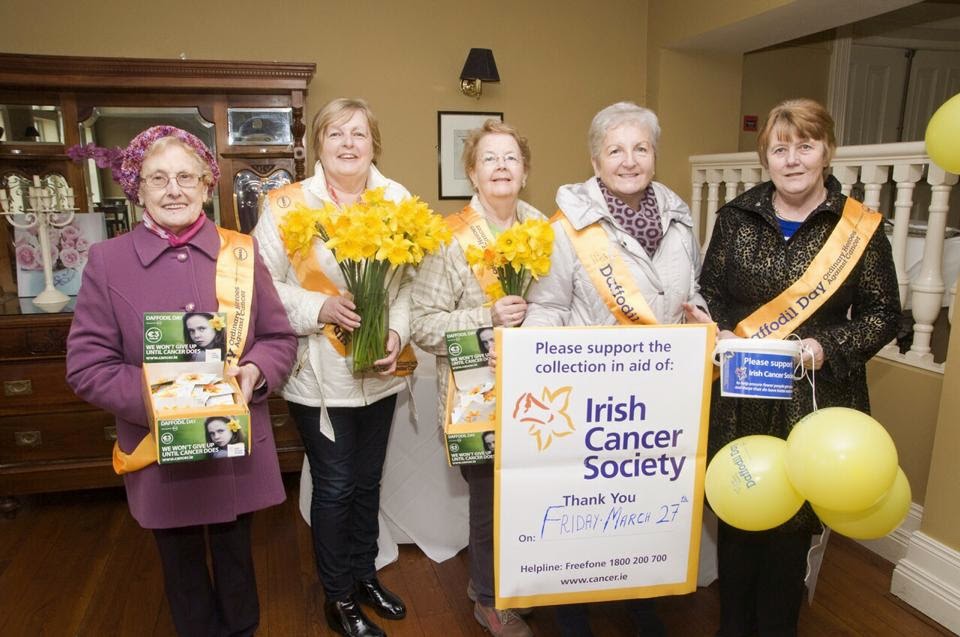 Daffodils are the symbol chosen by the Irish Cancer Society to symbolize its fundraising campaign. Listowel has always put in a great effort in supporting the cause which supports people who have cancer and families who suffer because of it.

On their Facebook page Listowel Daffodil Day they have posted photos of the Daffodil Day committee down through the years. It is great to see all the people who have worked so hard on this over the years but very sad to see the lovely faces of so many who have passed away. To celebrate Daffodil Day 2015 and to honour all of the local people who have lost the fight against this disease here are some of the photos. 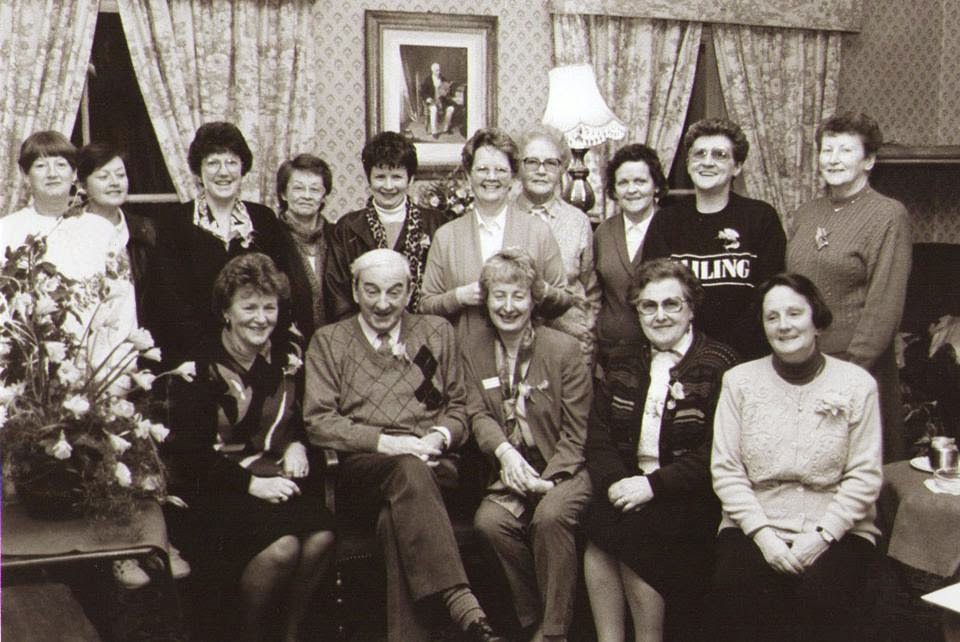 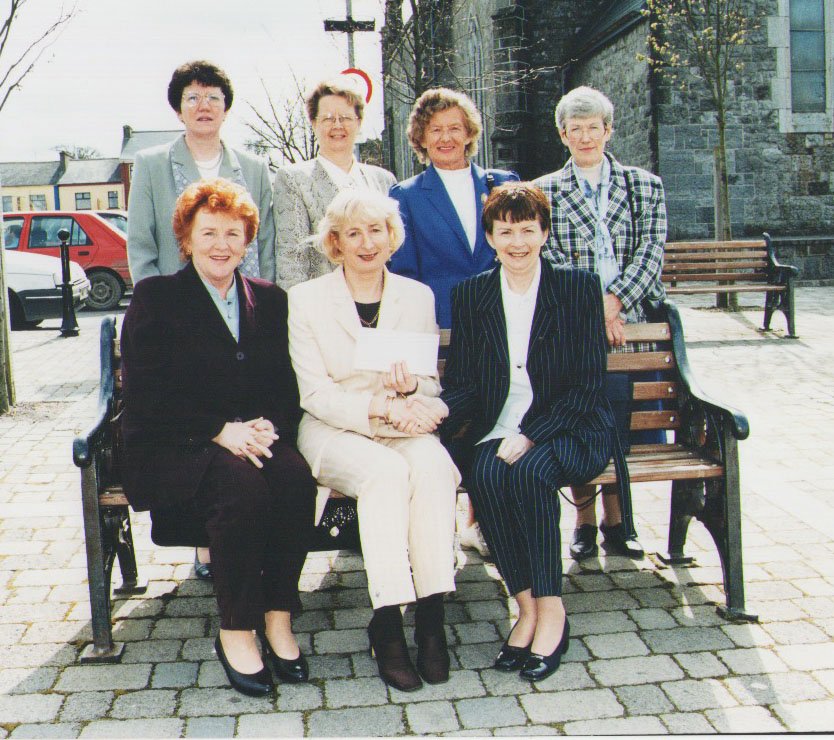 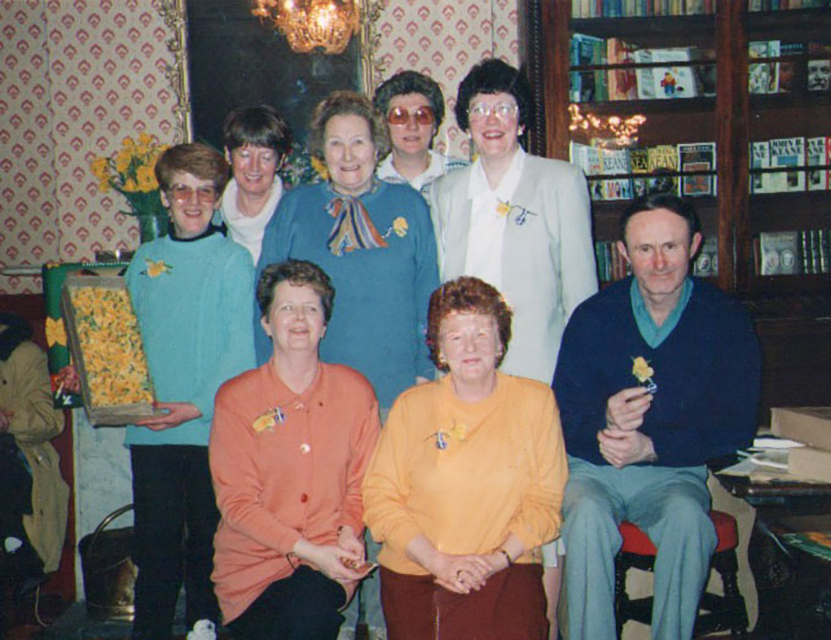 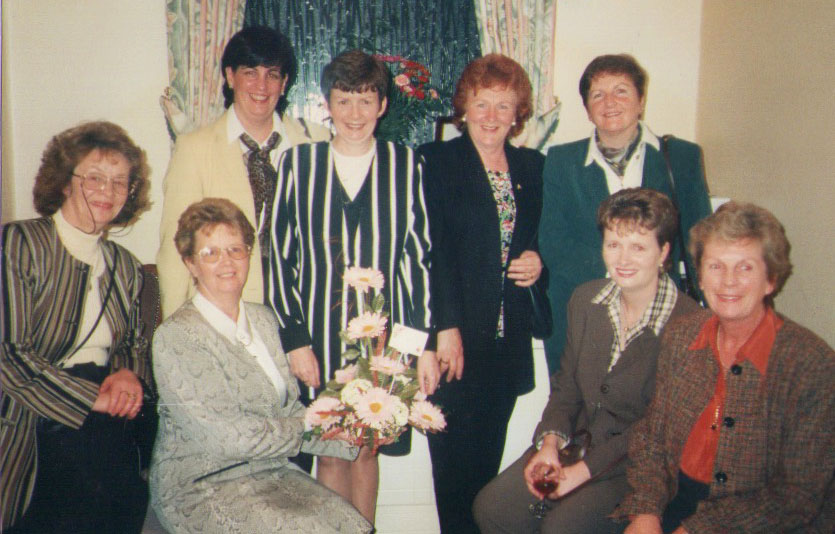 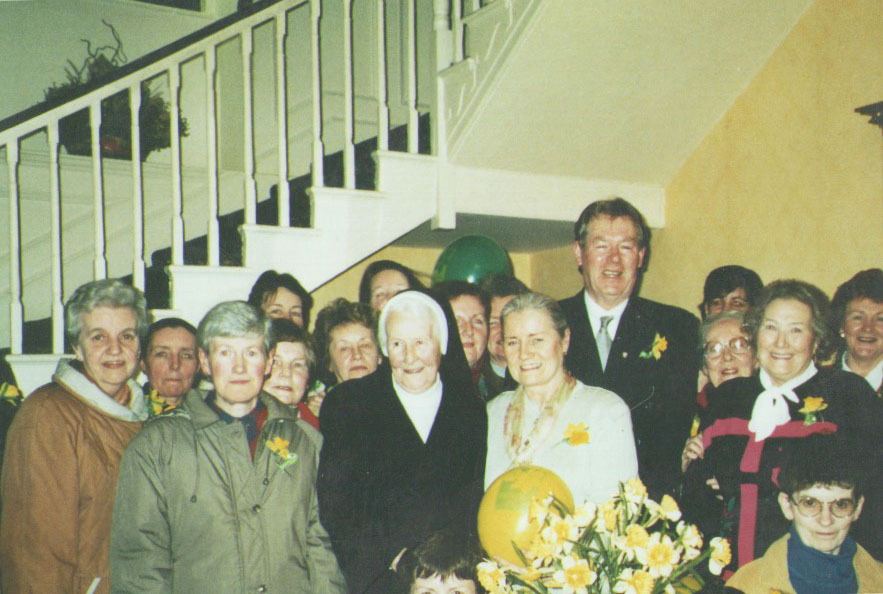 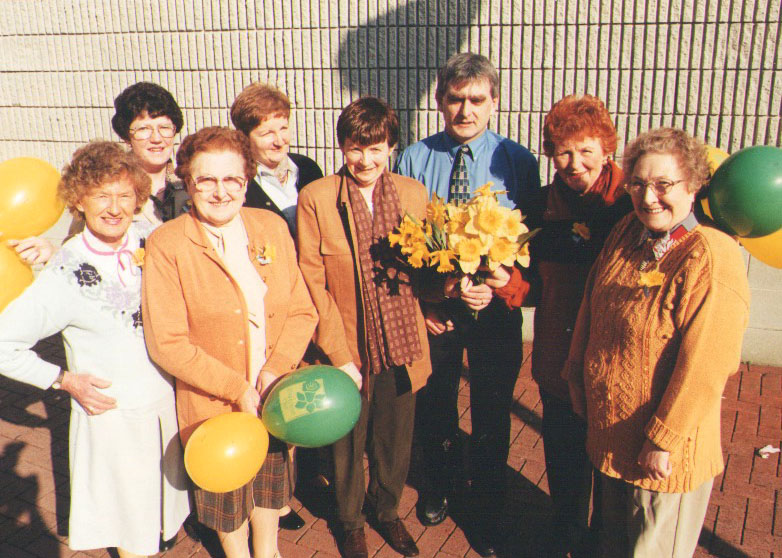 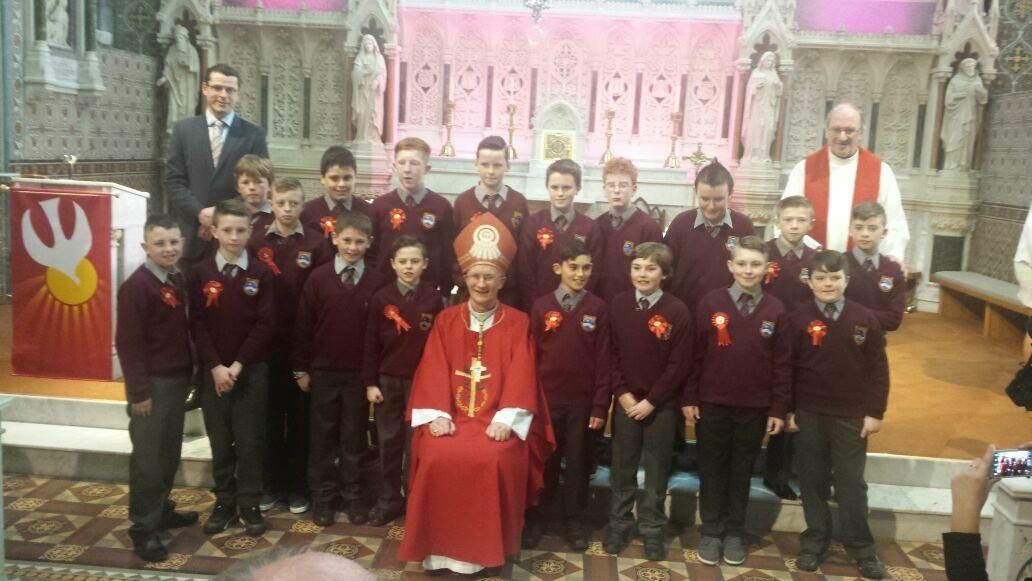