An Old Tradition; Talking to the Bees 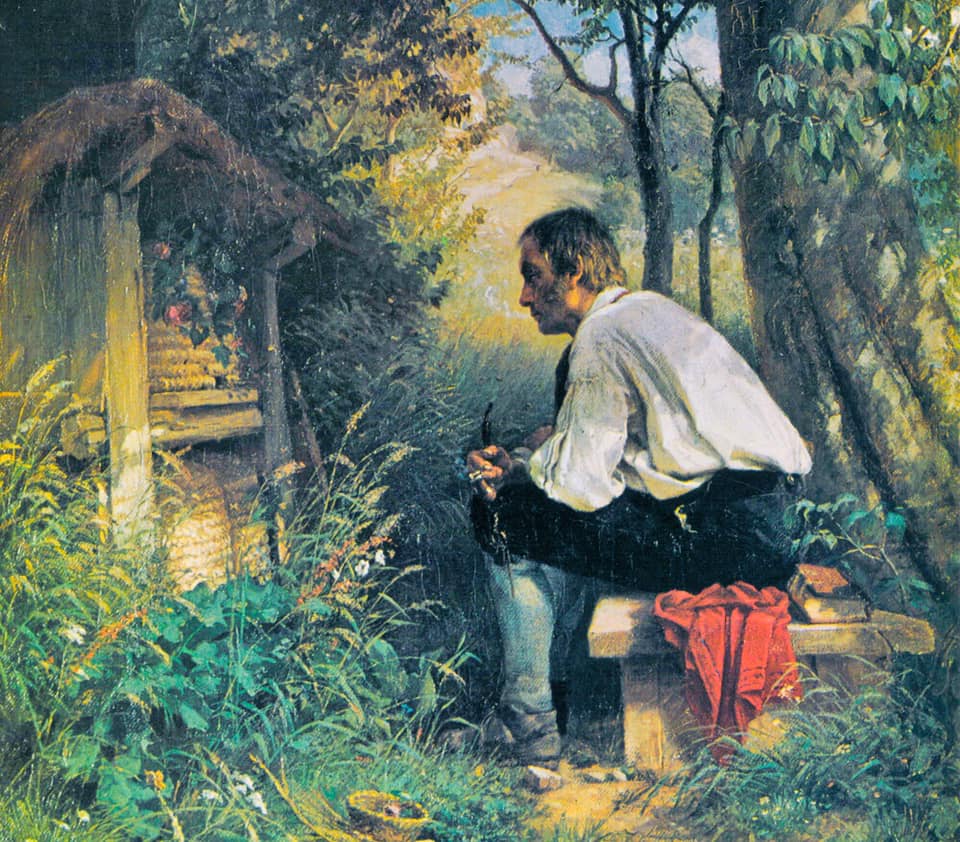 There was a time when almost every rural British family who kept bees followed a strange tradition.

Whenever there was a death in the family, someone had to go out to the hives and tell the bees of the terrible loss that had befallen the family.

Failing to do so often resulted in further losses such as the bees leaving the hive, or not producing enough honey or even dying. Traditionally, the bees were kept abreast of not only deaths but all important family matters including births, marriages, and long absence due to journeys. If the bees were not told, all sorts of calamities were thought to happen. This peculiar custom is known as “telling the bees”.

The practice of telling the bees may have its origins in Celtic mythology that held that bees were the link between our world and the spirit world. So if you had any message that you wished to pass to someone who was dead, all you had to do was tell the bees and they would pass along the message.

The typical way to tell the bees was for the head of the household, or “goodwife of the house” to go out to the hives, knock gently to get the attention of the bees, and then softly murmur in a doleful tune the solemn news.

Little rhymes developed over the centuries specific to a particular region. In Nottinghamshire, the wife of the dead was heard singing quietly in front of the hive,

“The master’s dead, but don’t you go; Your mistress will be a good mistress to you.”

In Germany, a similar couplet was heard,

“Little bee, our lord is dead; Leave me not in my distress”.

But the relationship between bees and humans goes beyond superstition. It’s a fact, that bees help humans survive. 70 of the top 100 crop species that feed 90% of the human population rely on bees for pollination.

Without them, these plants would cease to exist and with it all animals that eat those plants. This can have a cascading effect that would ripple catastrophically up the food chain.

Losing a beehive is much worse than losing a supply of honey. The consequences are life threatening.

The act of telling the bees emphasizes this deep connection humans share with the insect.

I had heard of this tradition. I’m sure I mentioned here before the custom of “draping the henhouse” that prevailed into my childhood in North Cork. When someone died in the house the hens were told and a black crepe put on their door as it would be on the door of any business premises that had suffered a bereavement.