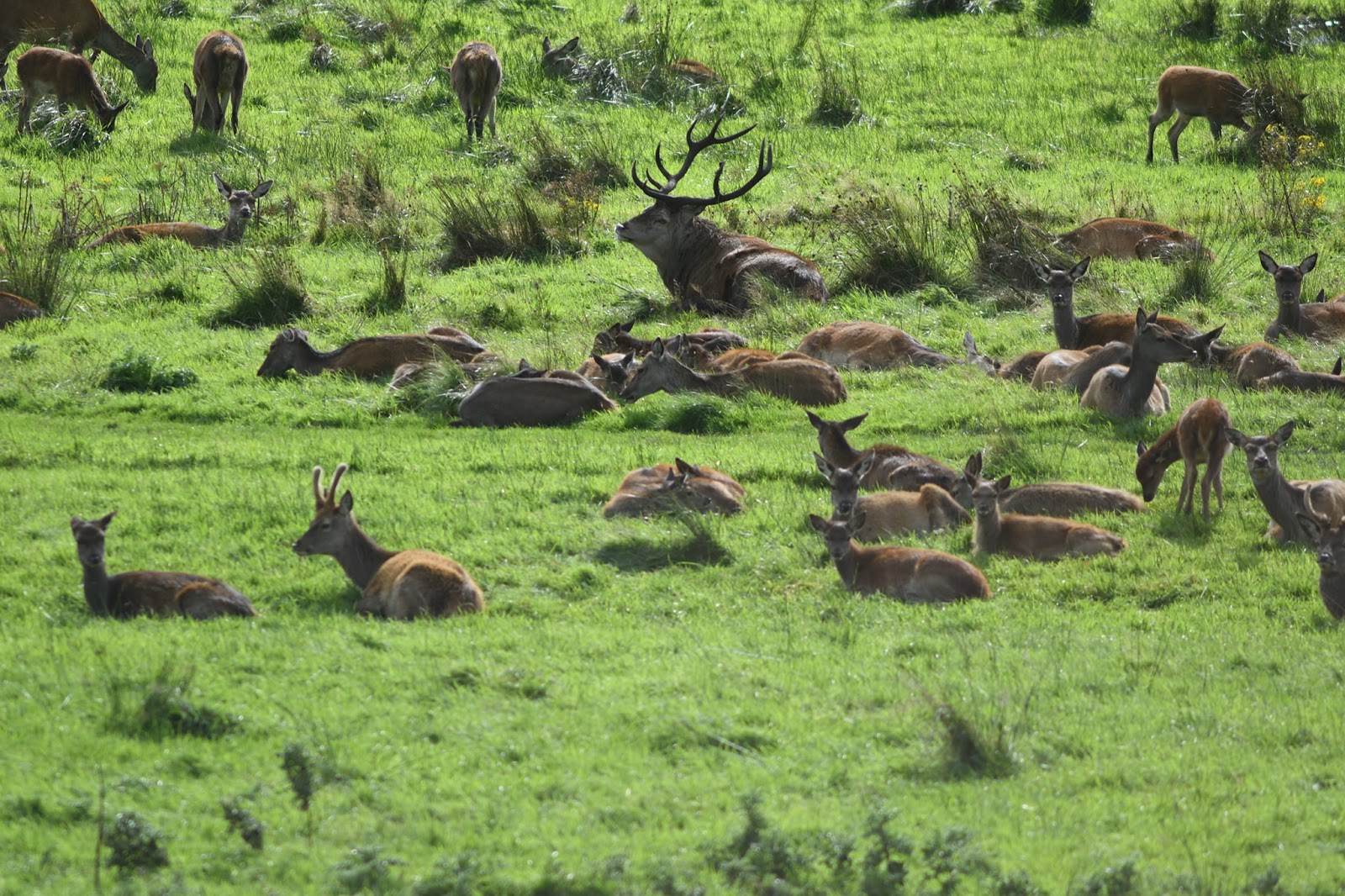 Chris Grayson took this marvellous photo in the National Park, Killarney. This is a family group. The huge stag is lording it over his harem of hinds and babies. 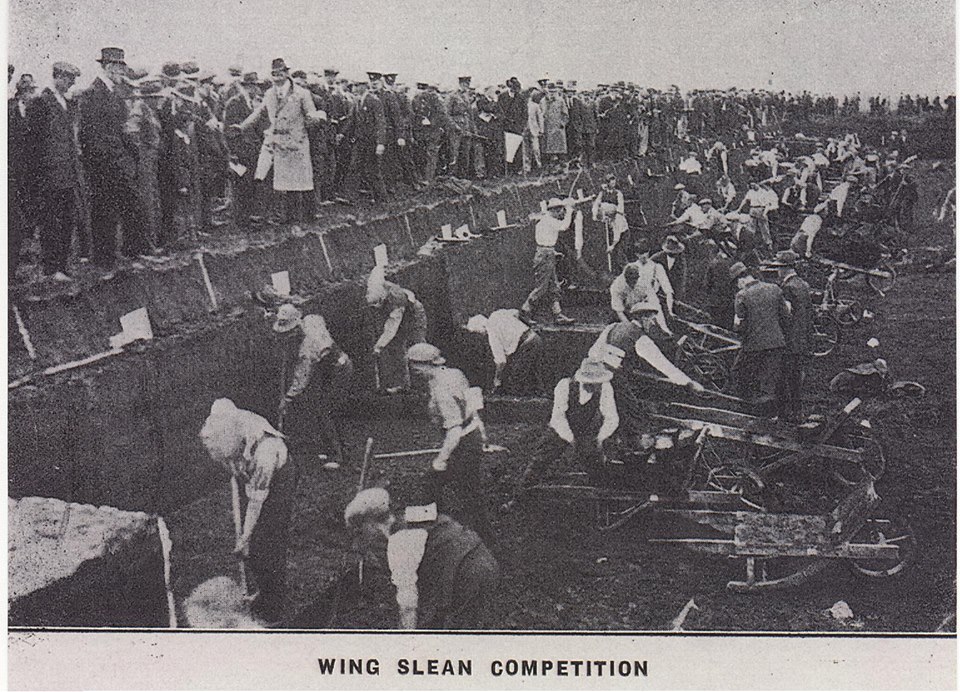 The first All Ireland Turf Cutting Championship was held on 21st April 1934 at Allenwood, Co. Kildare.

The industry in the 1800s mainly produced moss peat for animal litter and some briquettes. However by the early 1900s the amount of turf cut each year had fallen to around 3,000,000 tons.

As I was taking a stroll around town with my camera last Sunday, I noticed how we have lots od different forms of street lighting. 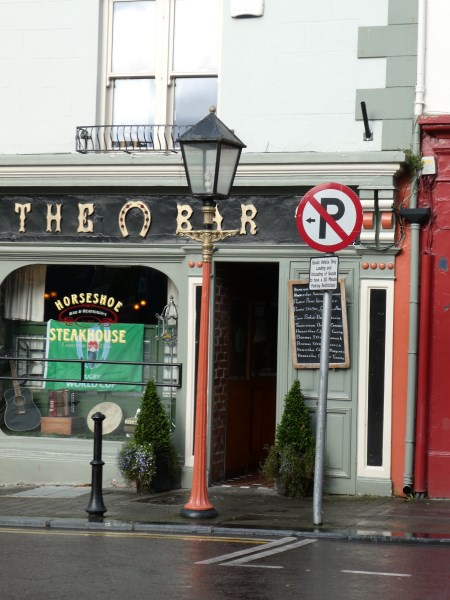 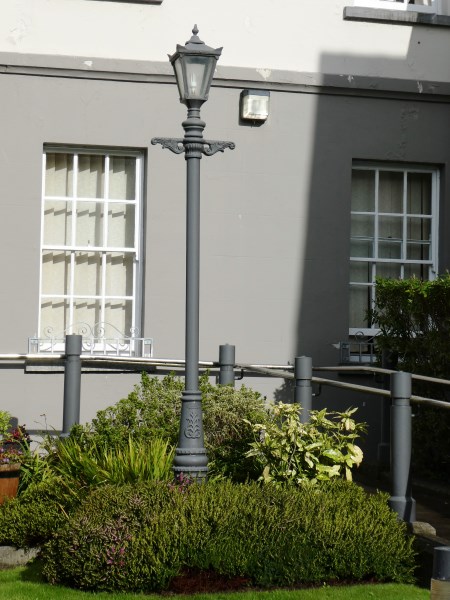 These two at The Horseshoe and the Garda Station are a throwback to another era. 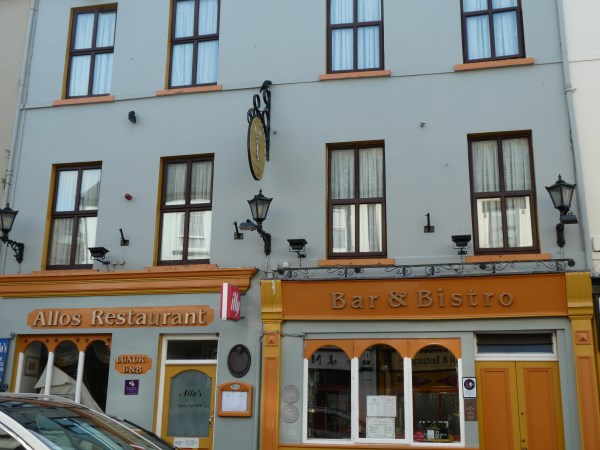 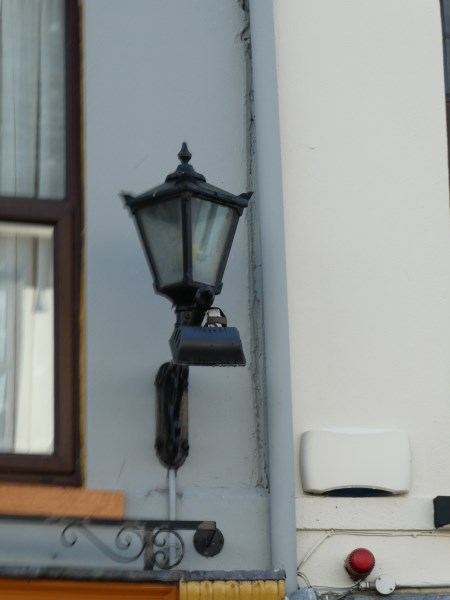 These lights are at Allos. 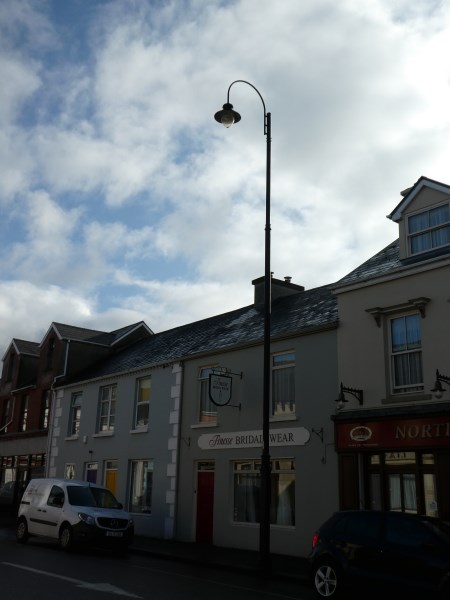 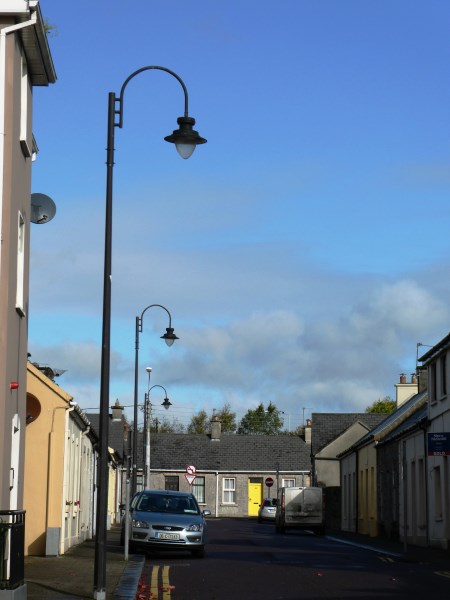 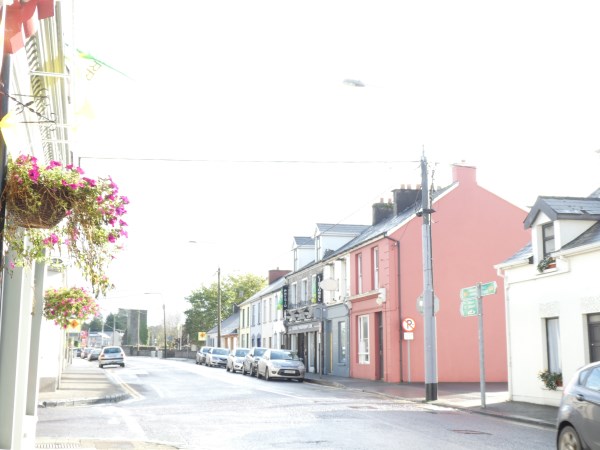 We have a brand new website and it’s shaping up nicely.

In Case You Missed this in Yesterday’s Examiner 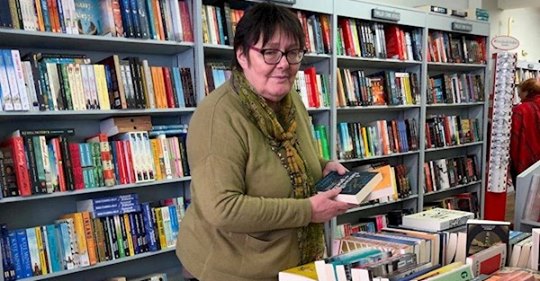 It was something I always wanted to do — I’ve been a book-lover all my life, since I was a small child, encouraged by my mother. I’m sure she thought I’d never go to such extremes. I made three attempts to open the shop and on the third one, I said to myself ‘Brenda, you’re getting to an age now, if you don’t do it, you never will’.

That was it, I just did it.

What did you do before you bought the bookshop? My family had a pub and restaurant, The Horseshoe, in Listowel, and my brother had it.

He thought I would be devastated but I told him ‘I’m opening a bookshop’. So it all worked out, nobody was upset.

My other brother Jimmy was the mid-west correspondent for the Irish Examiner, he’s retired now.

I always loved books . Both my parents were book people.

My dad had a hotel, the Marine Hotel in Ballybunion, and I remember always during the summer, if he had to go to Limerick or Tralee, he would go to Hurley’s [Tralee] or O’Mahony’s [Limerick], and he would have a big pile of books stacked up on the floor to be read during the winter.

He would sit down on a stool in the bar at night, just the one light on over his head, with his Black and White whisky and soda. He had his book and his pipe, and he was in heaven.

Yes, there is a real love and understanding of books in Listowel.

I remember in the pub as a child,listening to two men talking, this is back in the 1960s, one of them had come home from England, and all he had brought back was a suitcase of books, there was a kind of reverence in the way he said it.

He had no money but he had books. I can’t remember what my first book was but we were always reading something, whether it was the deaths in the papers or whatever.

We were always a newspaper house, we’d get a daily paper, an evening paper and several papers on Sunday, then the local paper on a Thursday or Friday. Bryan MacMahon was my brother Jimmy’s teacher and he gave Jimmy the job of reading the leading article and summarising it for the class.

I would love to read most of the books I order but I don’t have the time. I was reading an interview with the author Ann Patchett recently, she opened a bookshop in Tennessee.

She said there were so many books coming in that she was just reading quarter-books. And that’s me exactly, so I don’t feel as bad now, if it’s good enough for Ann Patchett…

But you get a good feel for a book after reading a quarter of it, although you might miss a fantastic ending. But you can’t have everything.

The recession was a struggle but it picked up. I’m just hoping there won’t be too many taxes in the budget but I’ll cross that bridge when I come to it. Everybody struggles so why should bookshops be any different?

And there’s only myself so I don’t worry about dependants or anything like that, which is a big plus. I just keep going.

The book clubs are great to support me, and I give them a 10% discount. All those little things help.

I have quiet days. It’s a challenge, but it’s one that I love. And if it wasn’t a challenge, sure what would we do, we’d get lazy.

Writers’ Week, I wouldn’t be here only for it. That and Christmas. It’s so busy that I don’t get the chance to soak it all up and enjoy the fantastic people who come into me.

I’m out and about, organising books to be sold at the different events. Colm Tóibín is great, he always makes for the antiquarian section.

People like that, they are great supporters and they appreciate that the independent bookshop is a struggling entity. But there is still a good few of us around the country, fighting the good fight.

I am a people person, absolutely, being reared in a pub. I get a great buzz if I’m walking down the street and someone comes up to me and says, ‘that book you recommended was great’. That to me is worth a million pounds.

My niche is people who come in and they don’t know what they want, I kind of suss out what other books they’ve read, what they watch on television or whatever, and I get a kind of a feeling.

I pick out a few books and I have two nice comfortable chairs, I say, ‘Sit down there and have a look’. I rarely get it wrong. Mind you, they’re probably too nice to tell me when I get it wrong!