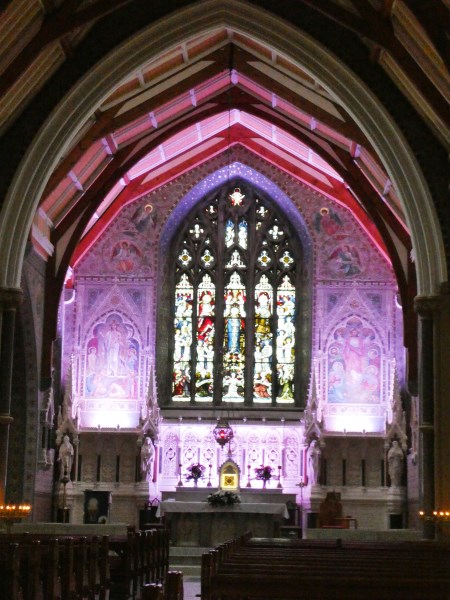 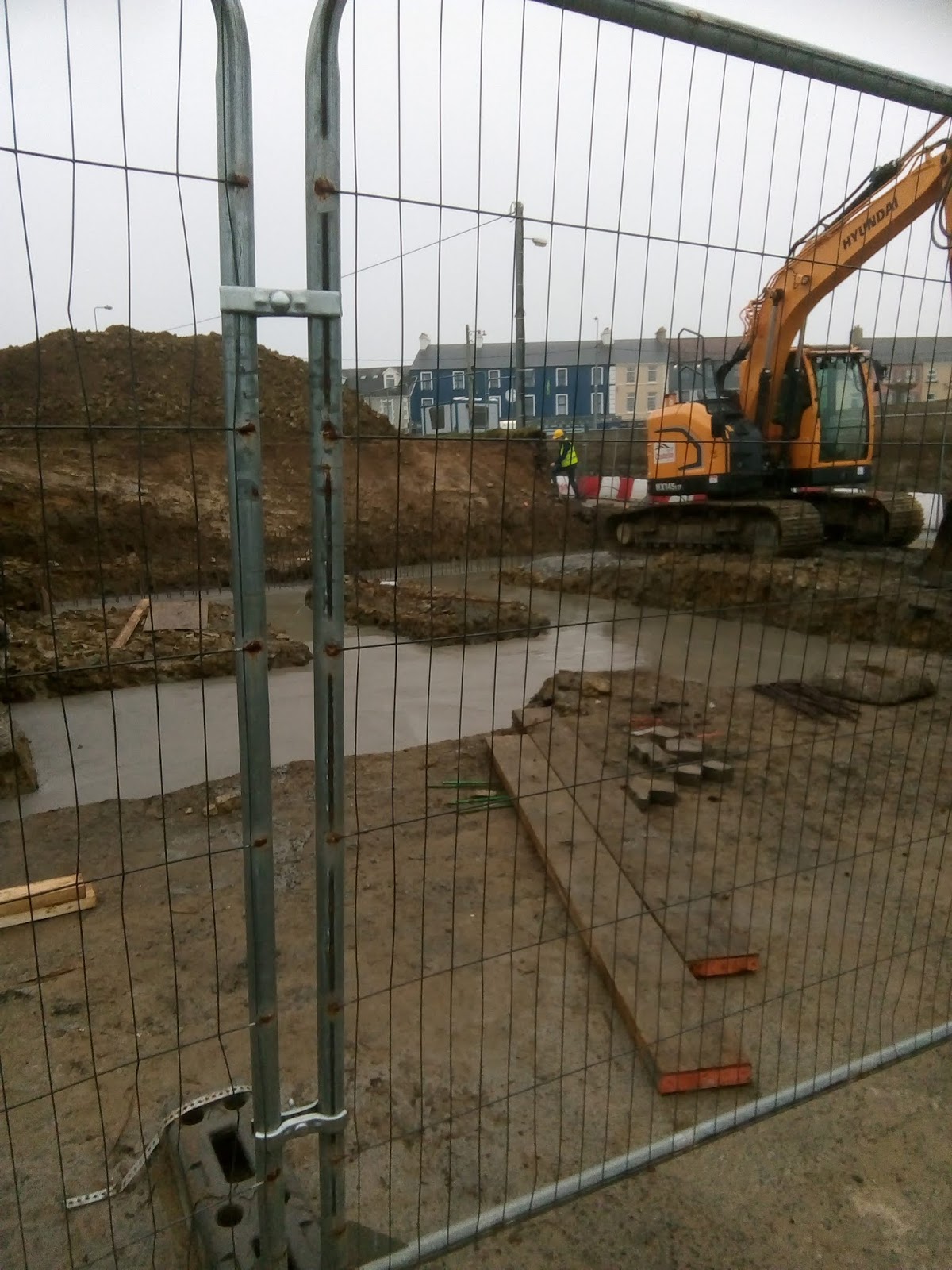 If you’re getting a bit tired of photographs from the launch of A Minute of Your Time, you’ll have to help me out. I knew that material for this blog would eventually wear thin and that time has come. I’m struggling to find something to share with you every day so if you have any material that would be of interest to people with a Listowel connection, do help me out please. 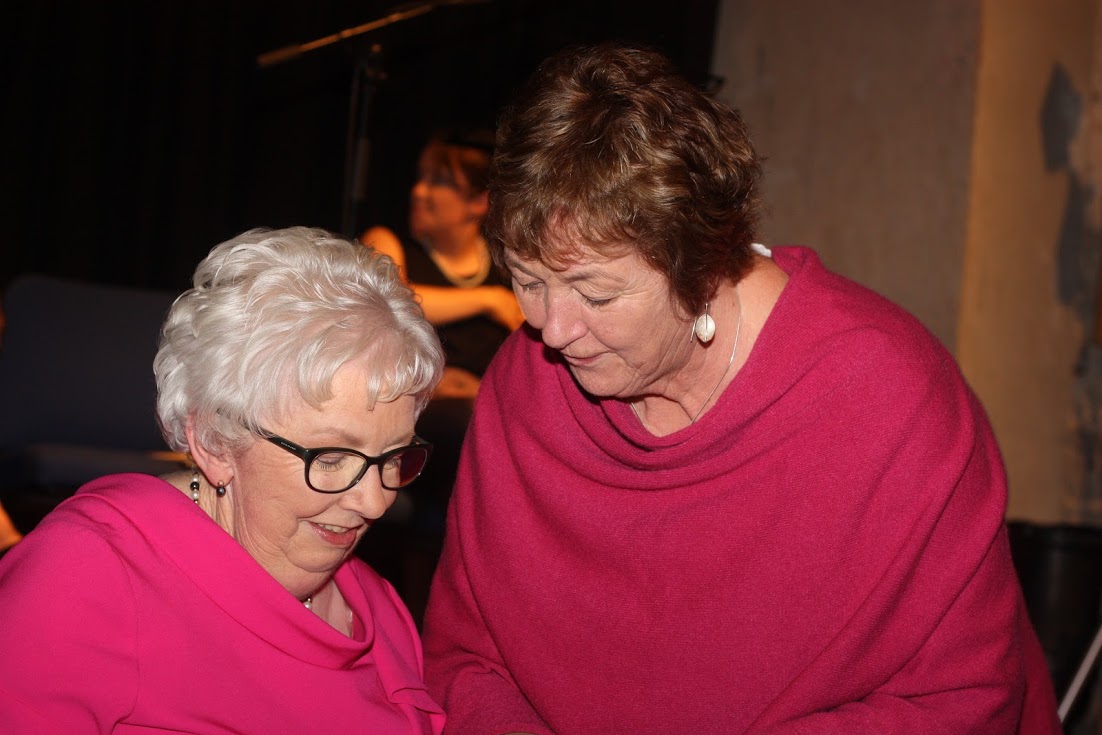 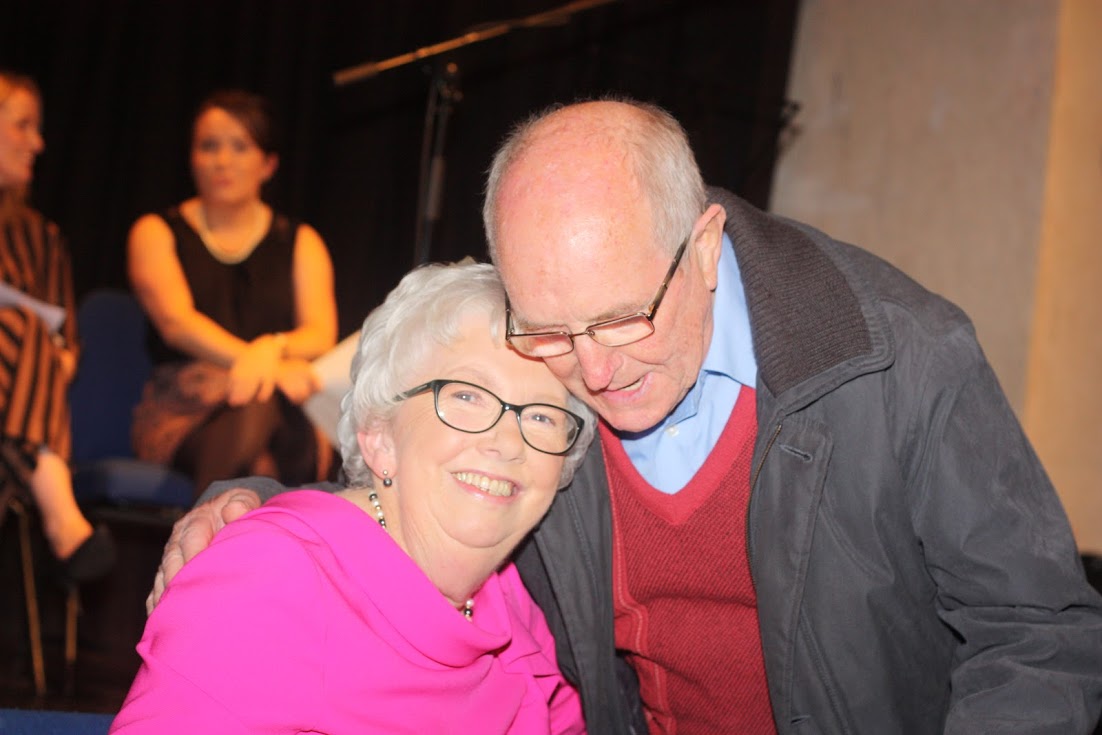 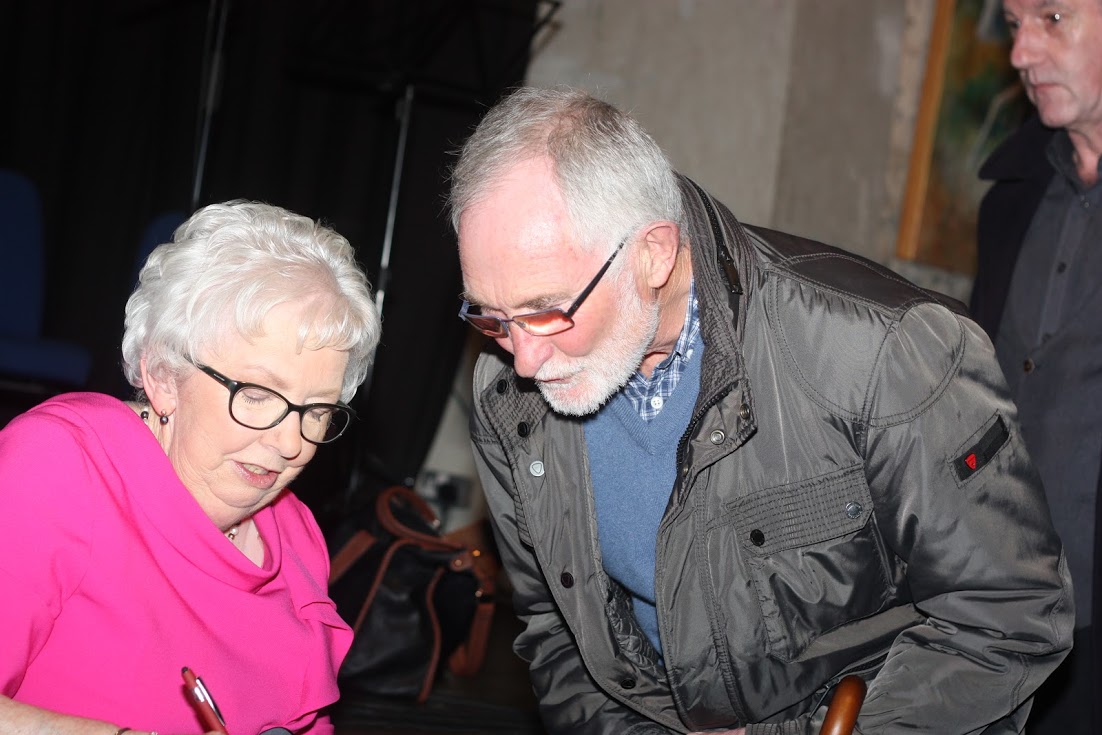 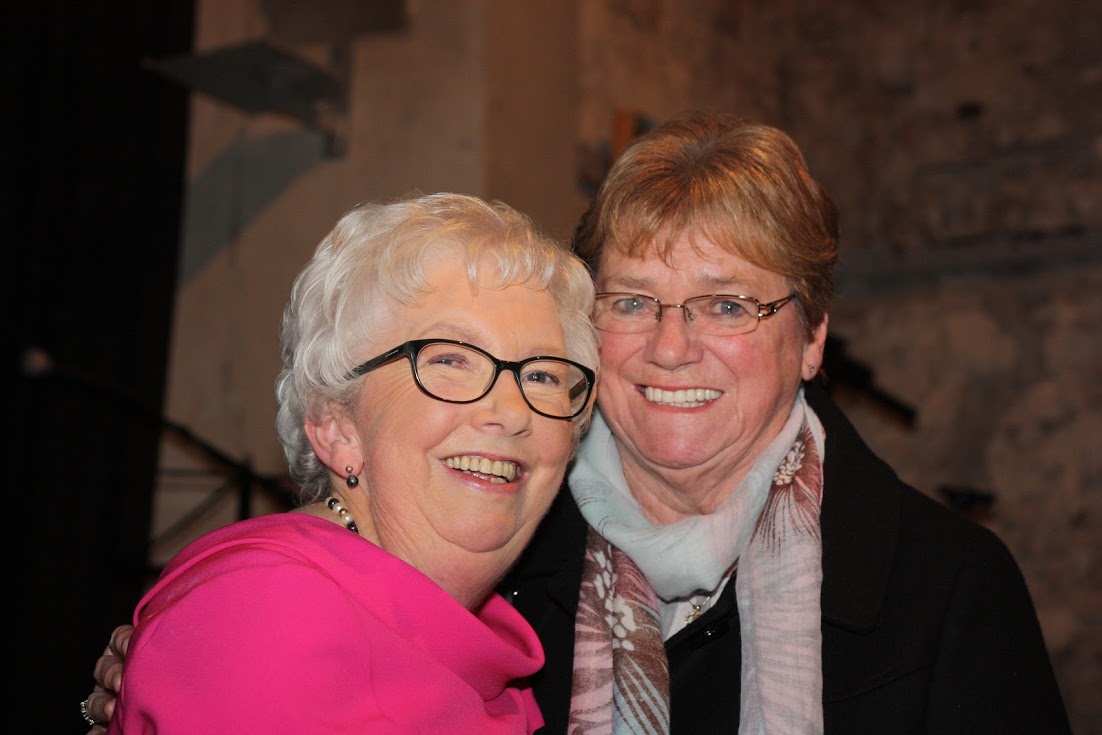 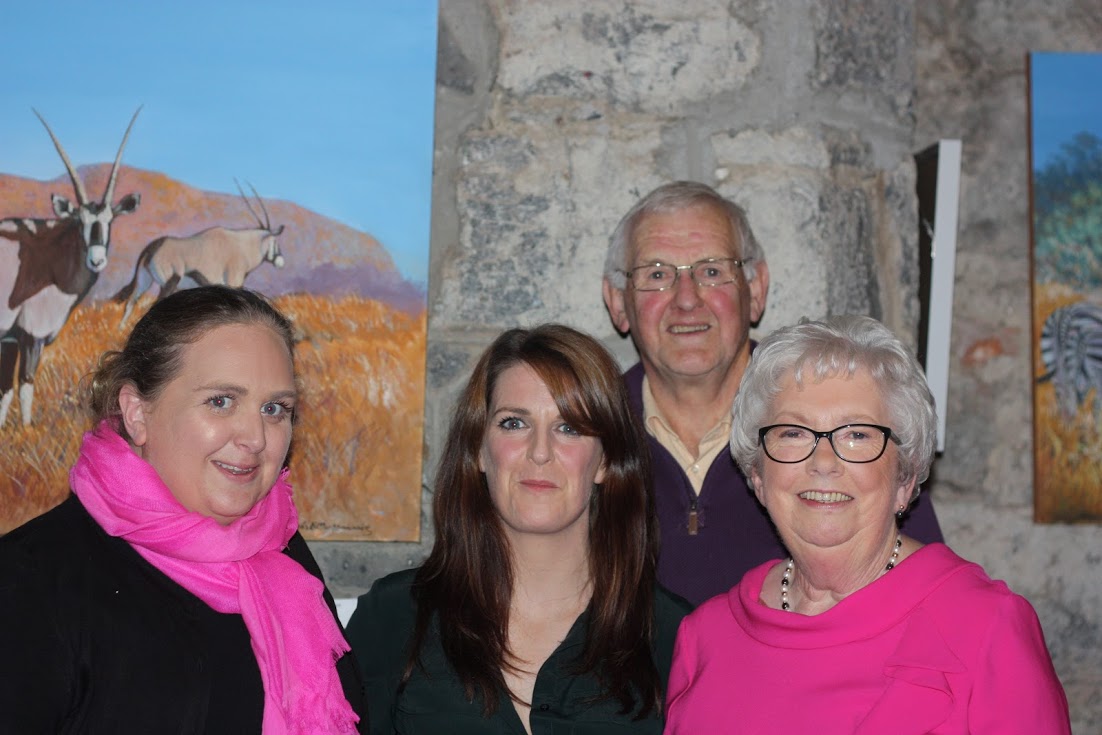 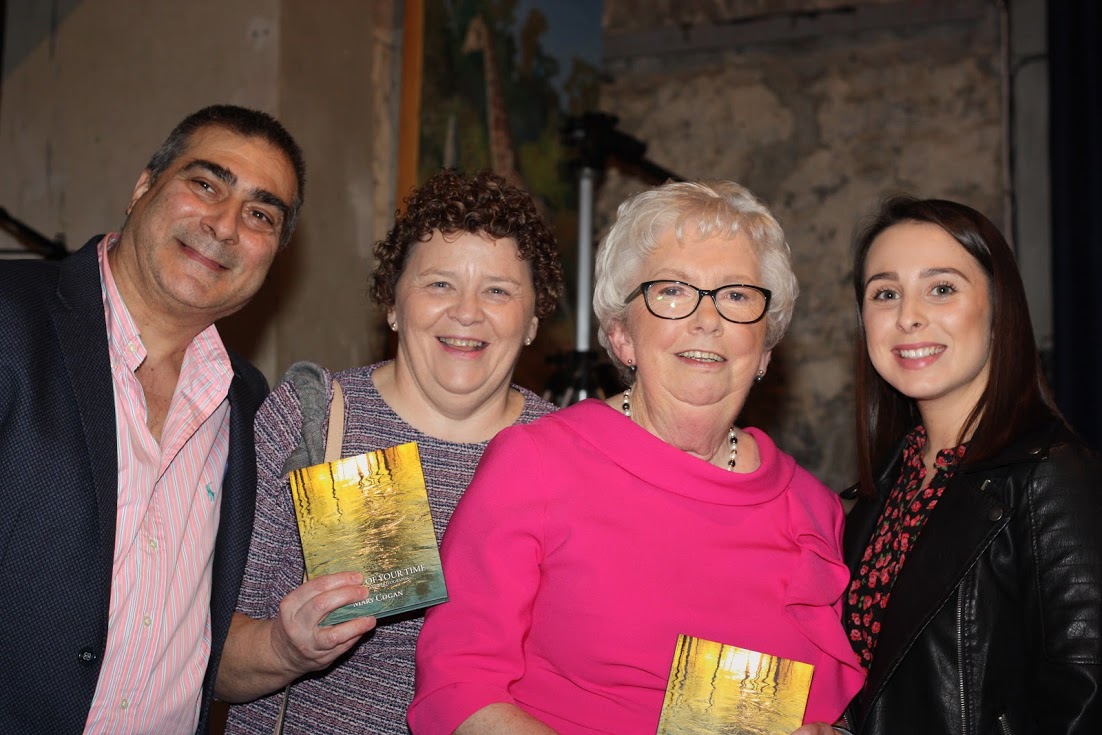 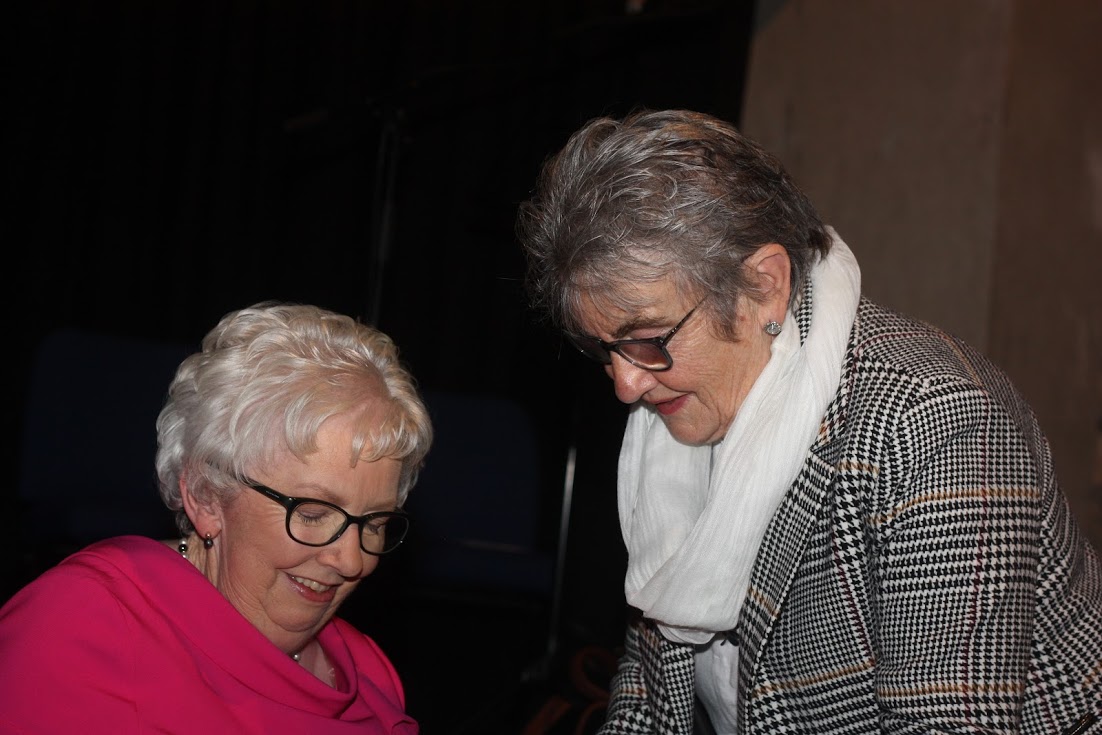 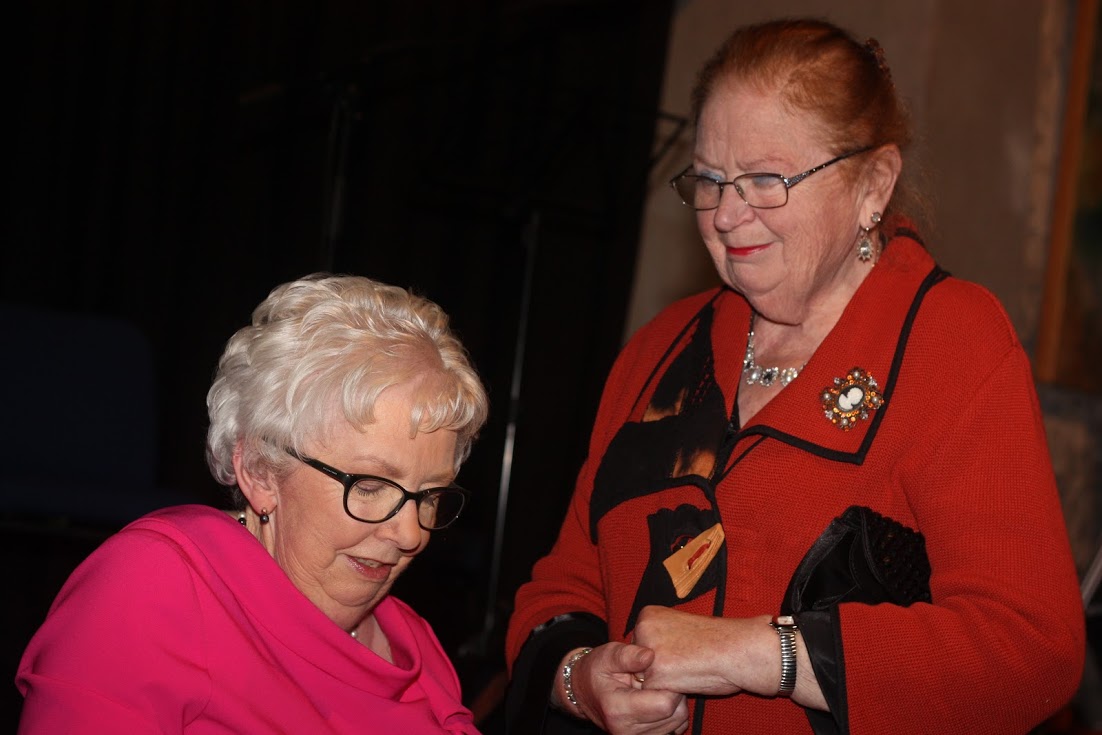 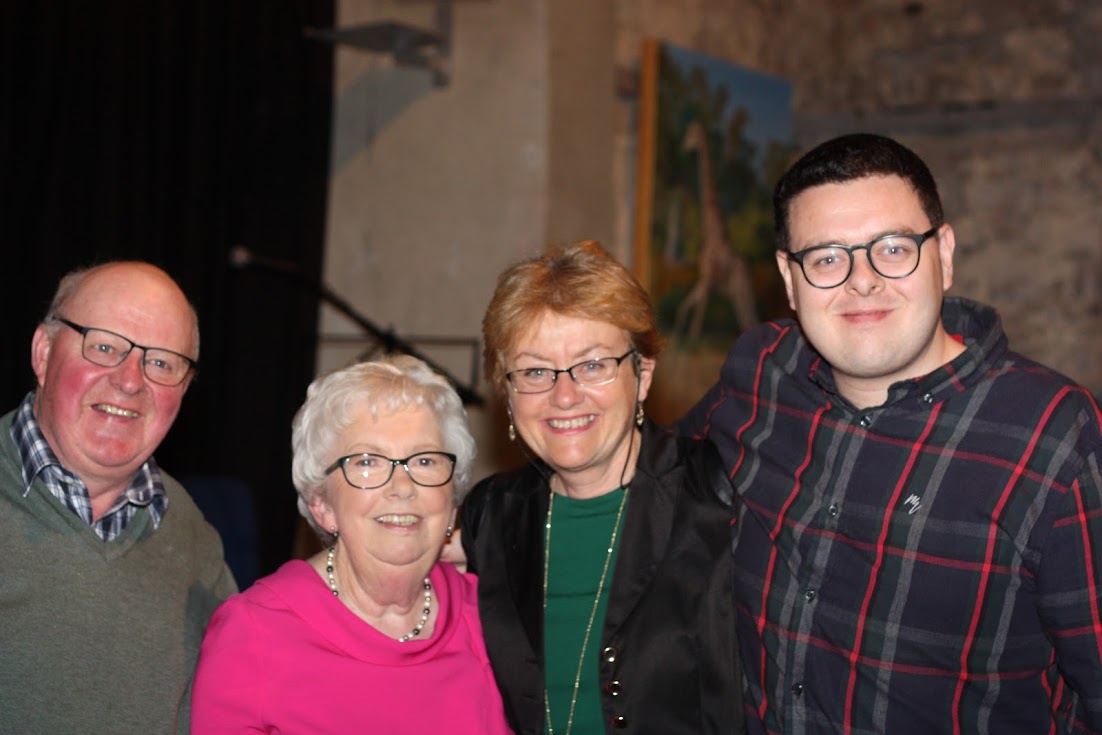 From Ballyduff and New York, John, Bridget and Pádraig O’Connor 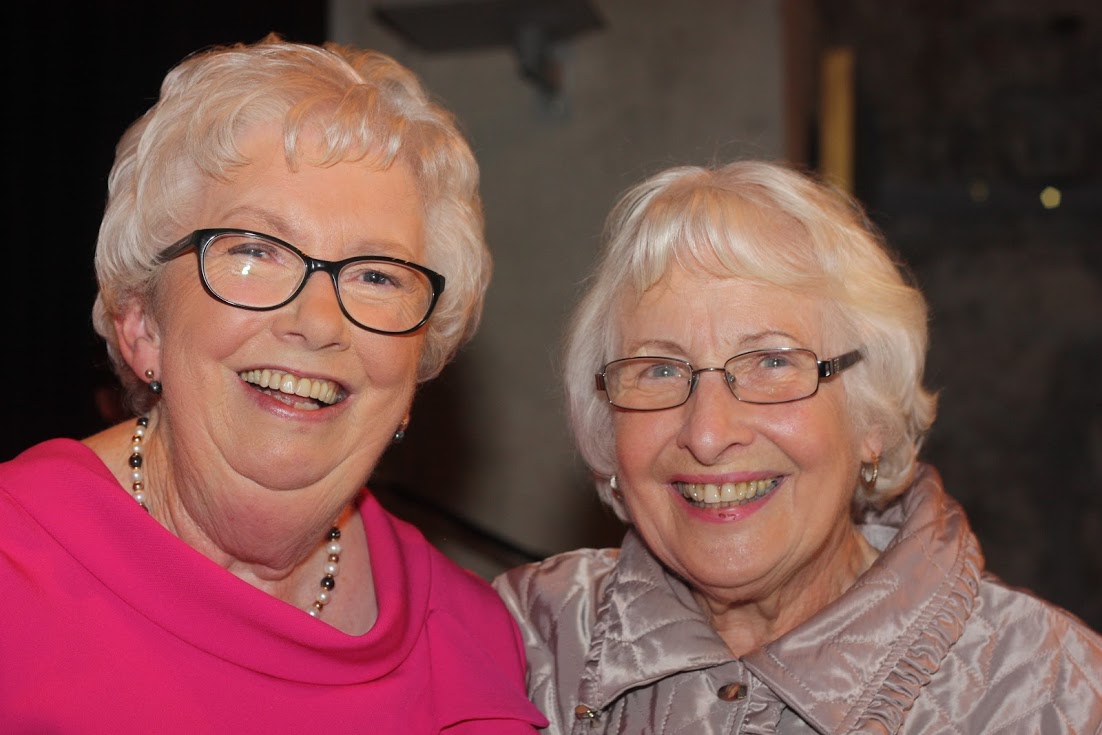 A great supporter of Just a Thought, Pam Brown 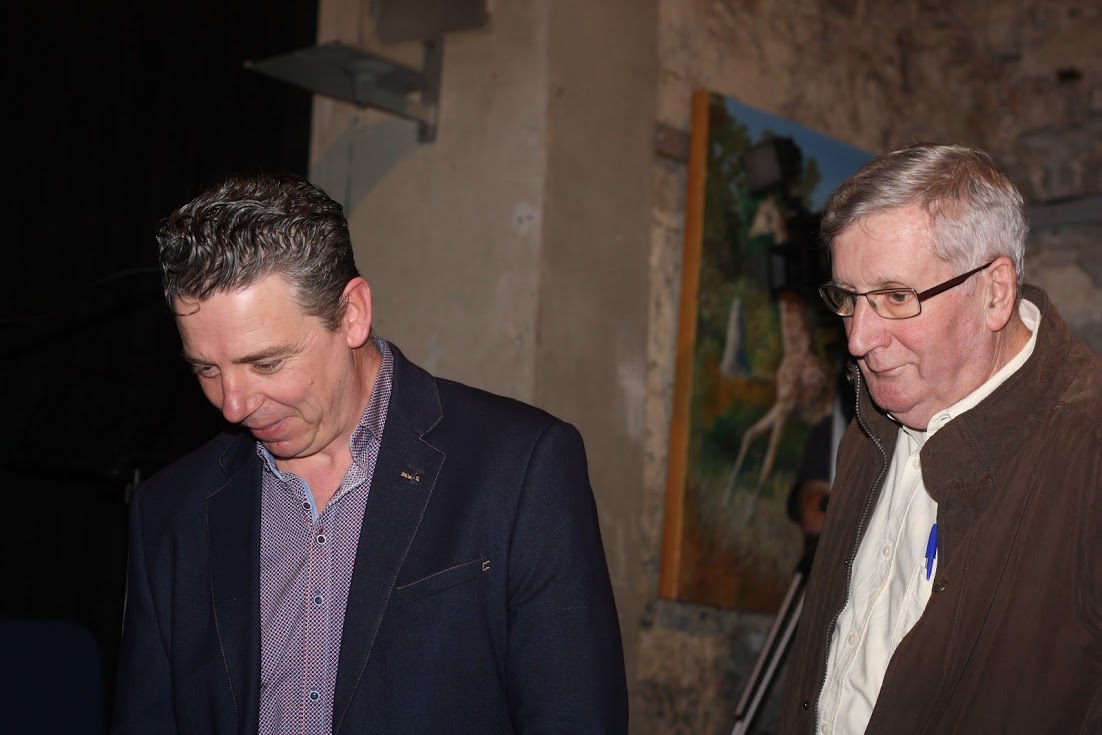 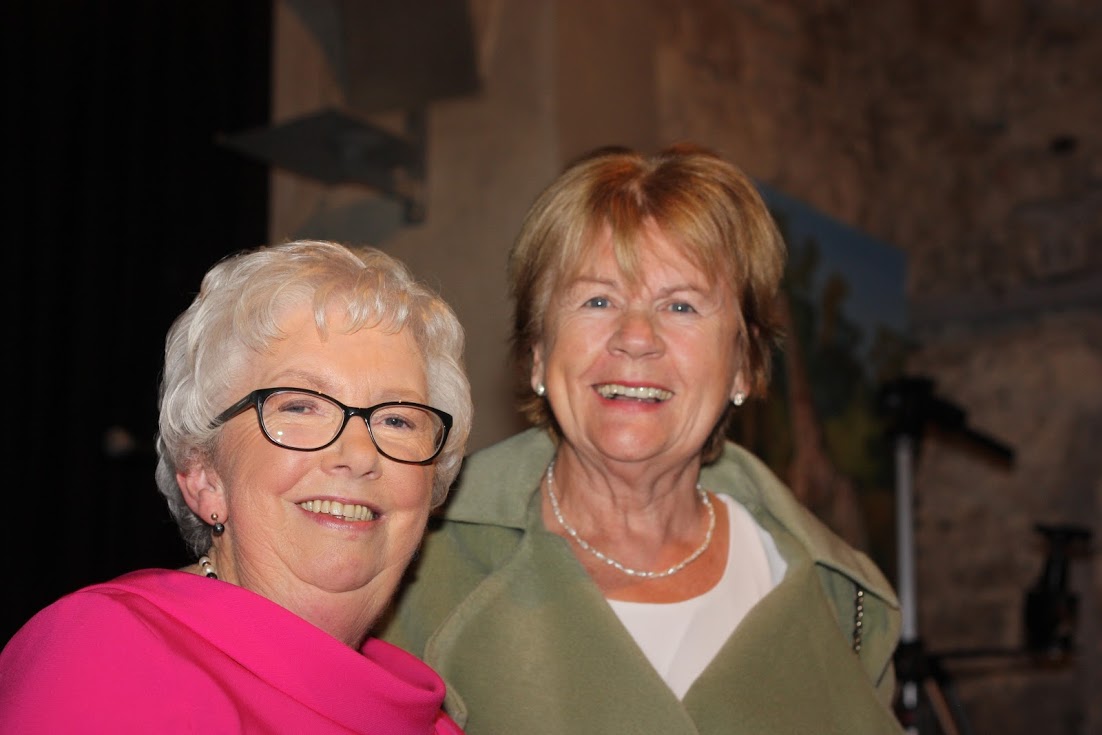 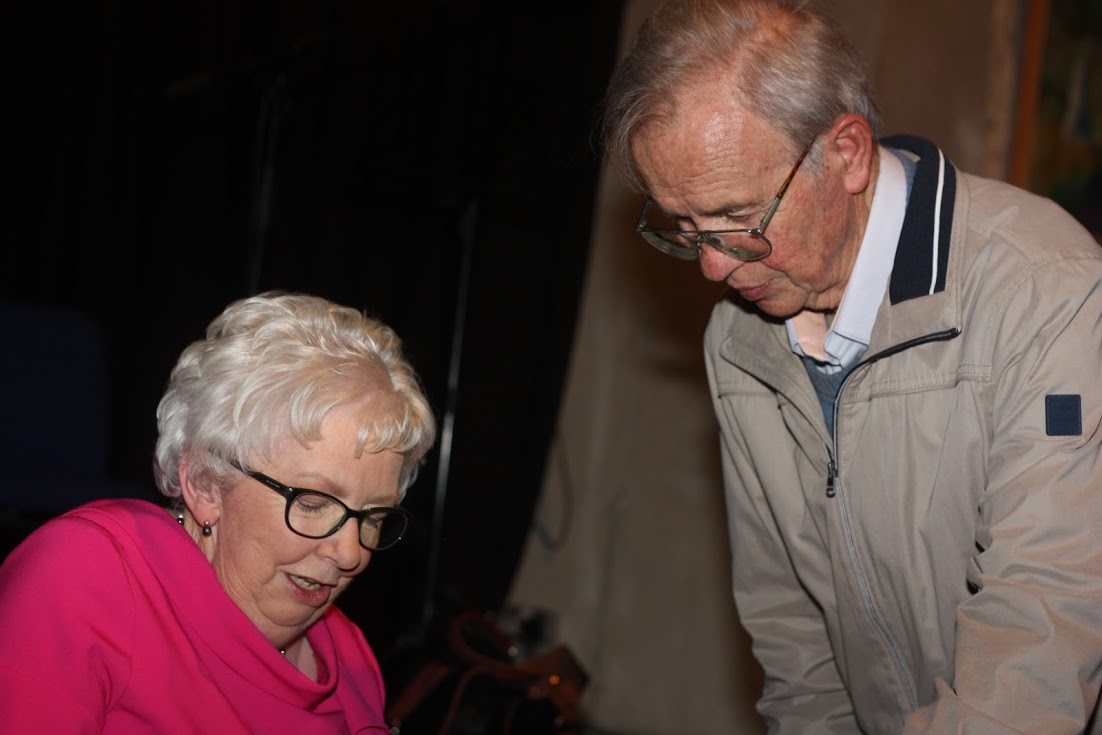 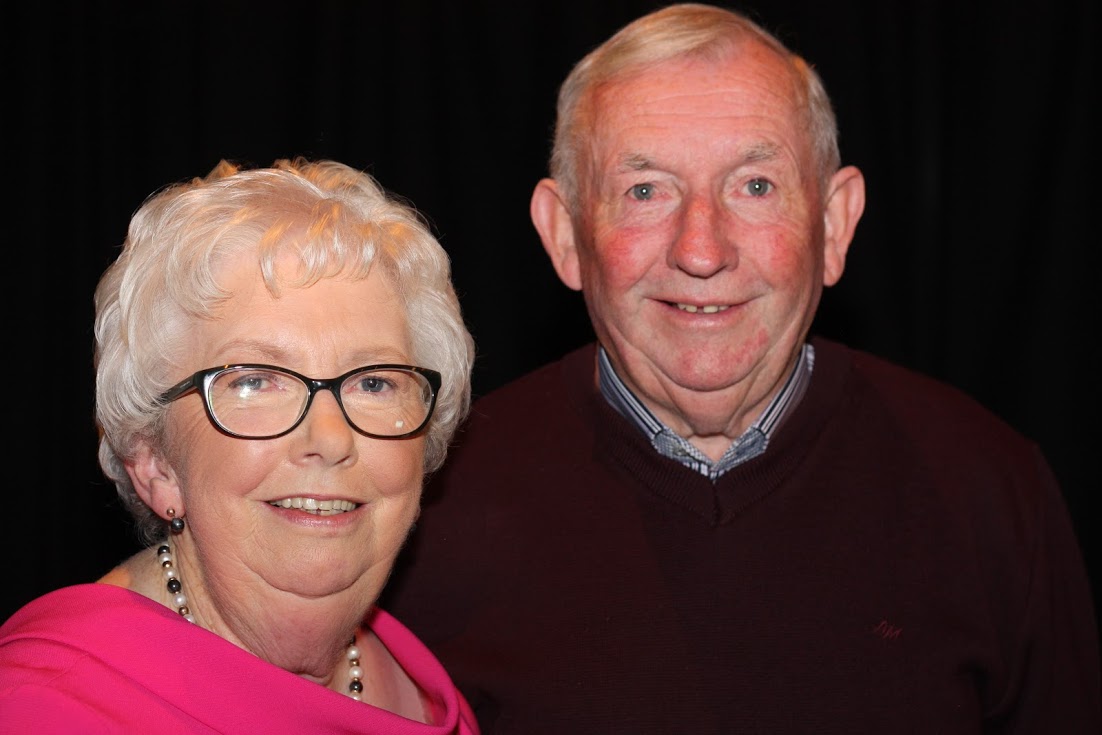 My only brother, Pat Ahern 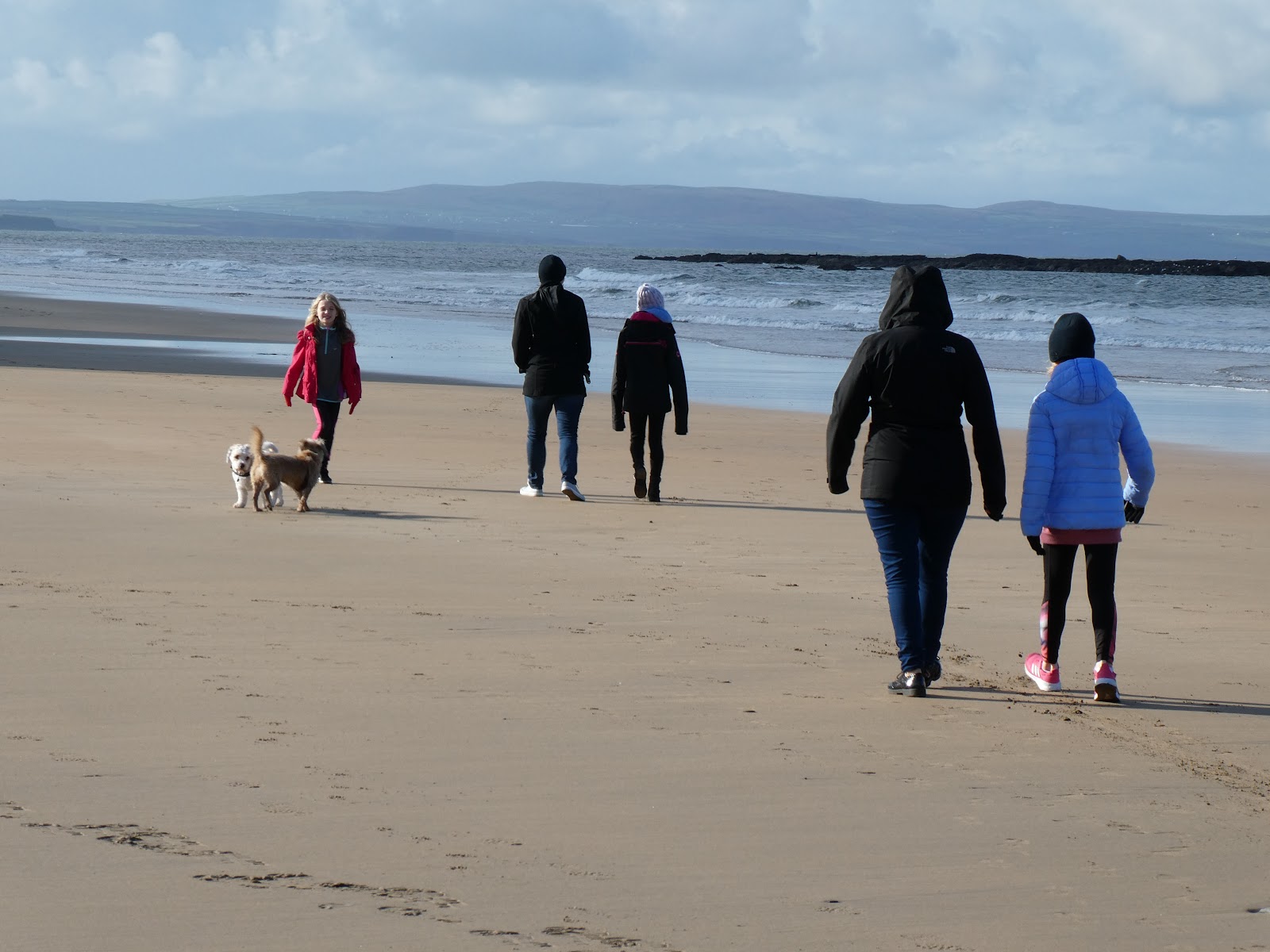 Nothing beats Ballybunion on a clear day.

Only a Few Weeks left 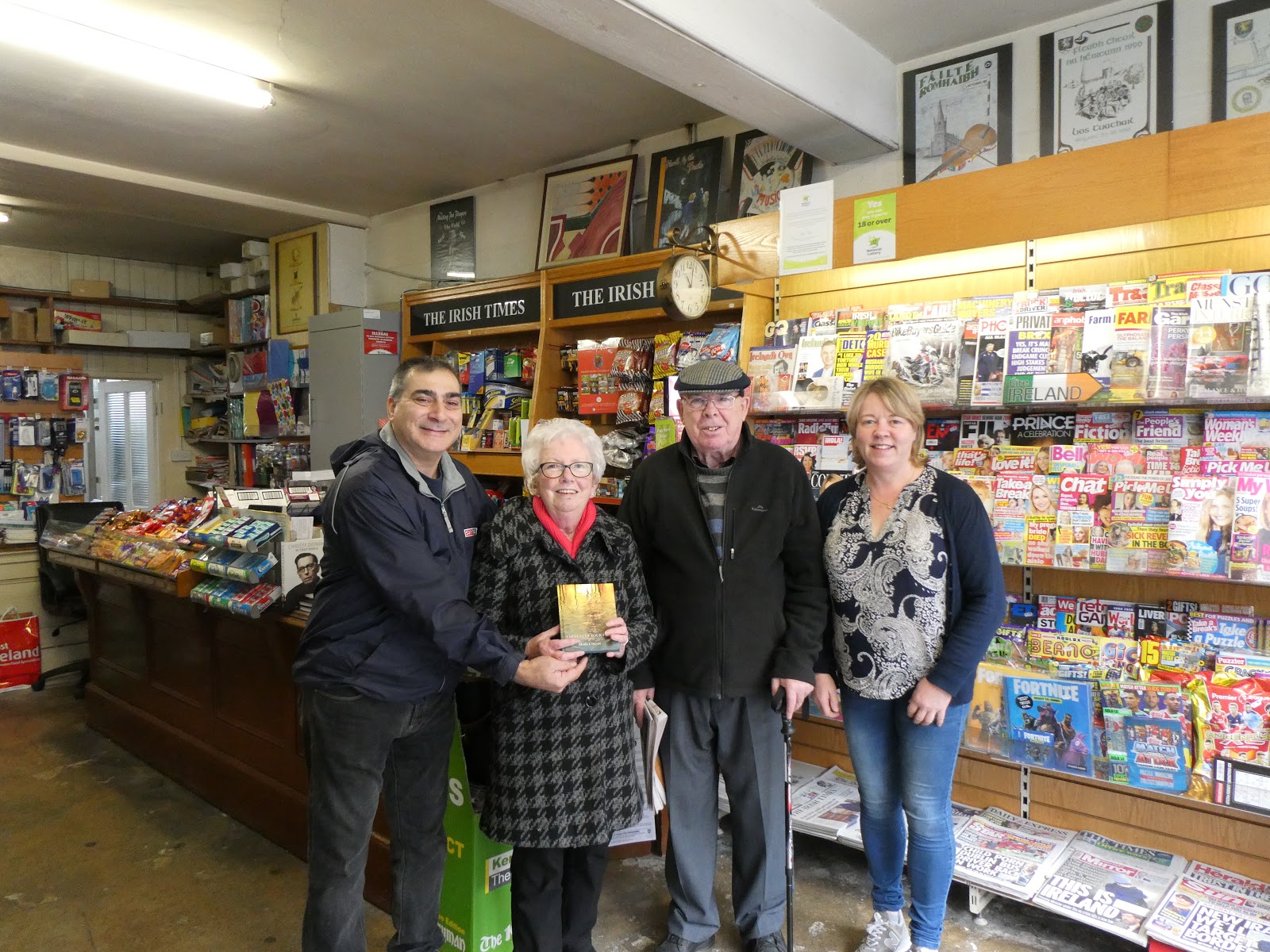 This photo of Namir Karim and Michael Dillane was taken in Flavins just before Christmas. Sadly all that stock is now sold off and there remains but a few last bits and pieces before Joan locks up for the last time, closing the door on an important chapter in Listowel’s history.

Shoemaking In Listowel Long Ago

From Dúchas, the Schools’ Folklore Collection

About fifty years ago in Listowel in addition to men making boots there was also men who used to make cheap brogues or low shoes. Every time there would be a fair in Abbeyfeale they would take an ass load of these brogues to the fair and sell them in the fair just as people sell second hand clothes now. The best known one of those was called Johnny the bottoner (O Connor) a brother to famous Patsy. Patsy used work hard making brogues up to the time of the fair. On that night he would be mad drunk. Most of the houses at the top of church street at this time were thatched houses. Patsy would roll home about midnight and break most of the windows up on his end of the street. He would take the road the following morning and would not come back again till things were forgotten again. These brogues were stitched by the hand but at that time the shoemakers used work by “lamplight” and often worked well after midnight.

Sextons, A Minute of Your Time and a Writers’ Week memory