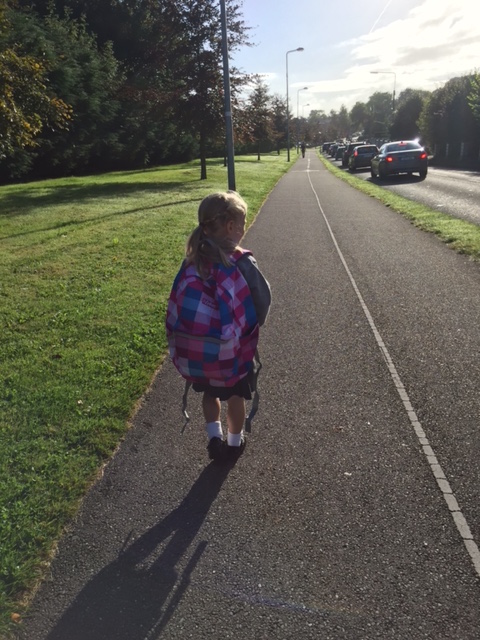 Cora Darby is pictured here on her first day in big school. She is now in Third Class and what a roller coaster it’s been. She has been locked down, locked out, put in a pod, had her First Communion postponed, sanitised, traumatised and segregated. Happy days, eh?

Jer Kennelly sent us this.

Carrigfoyle Castle. The view from this site is excellent. The surrounding land is pastureland, marsh and water.

Carrigafoyle Castle was built between c1500 by Connor Liath O’Connor using a design borrowed from the Normans, it features a spiral staircase of 104 steps that visitors can climb.

Dating from the sixth century, an early Christian church and settlement that was connected with the major monastery of St Senan on Scattery Island, stood within the lios or large circular earthen-work enclosure. Within the site is a Well called the Friars’ Holy Well. The remains of a stone church, nave, tower, staircase, chancel and sanctuary dating from the medieval period, possibly 13th century, are still standing, was occupied by the Canons Regular of St. Augustine until 1580 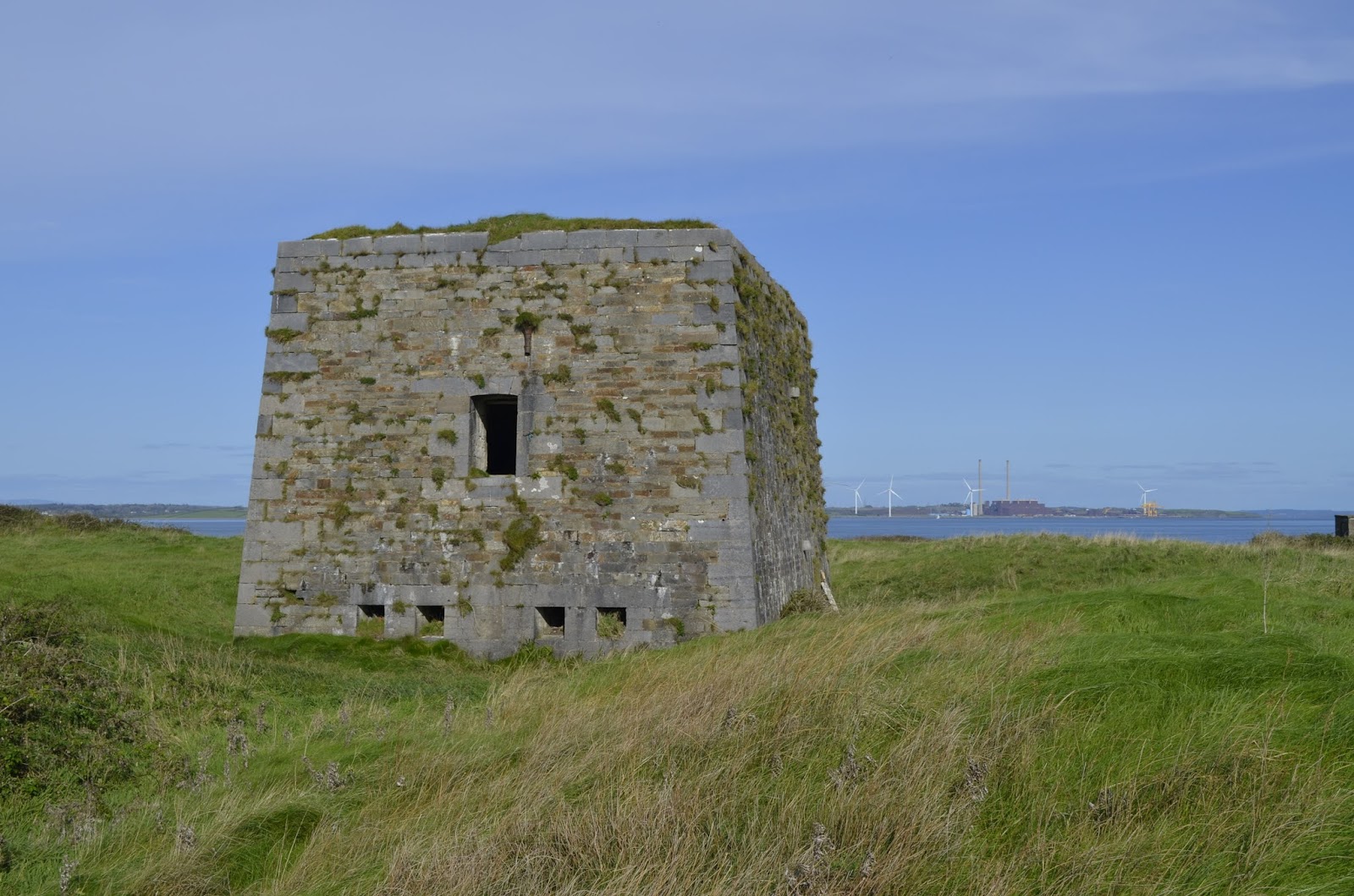 The Battery at Carrig Island

The main building of the battery which was constructed of dressed stone still intact.

Nearby is the 15th-century Carrigafoyle Castle. 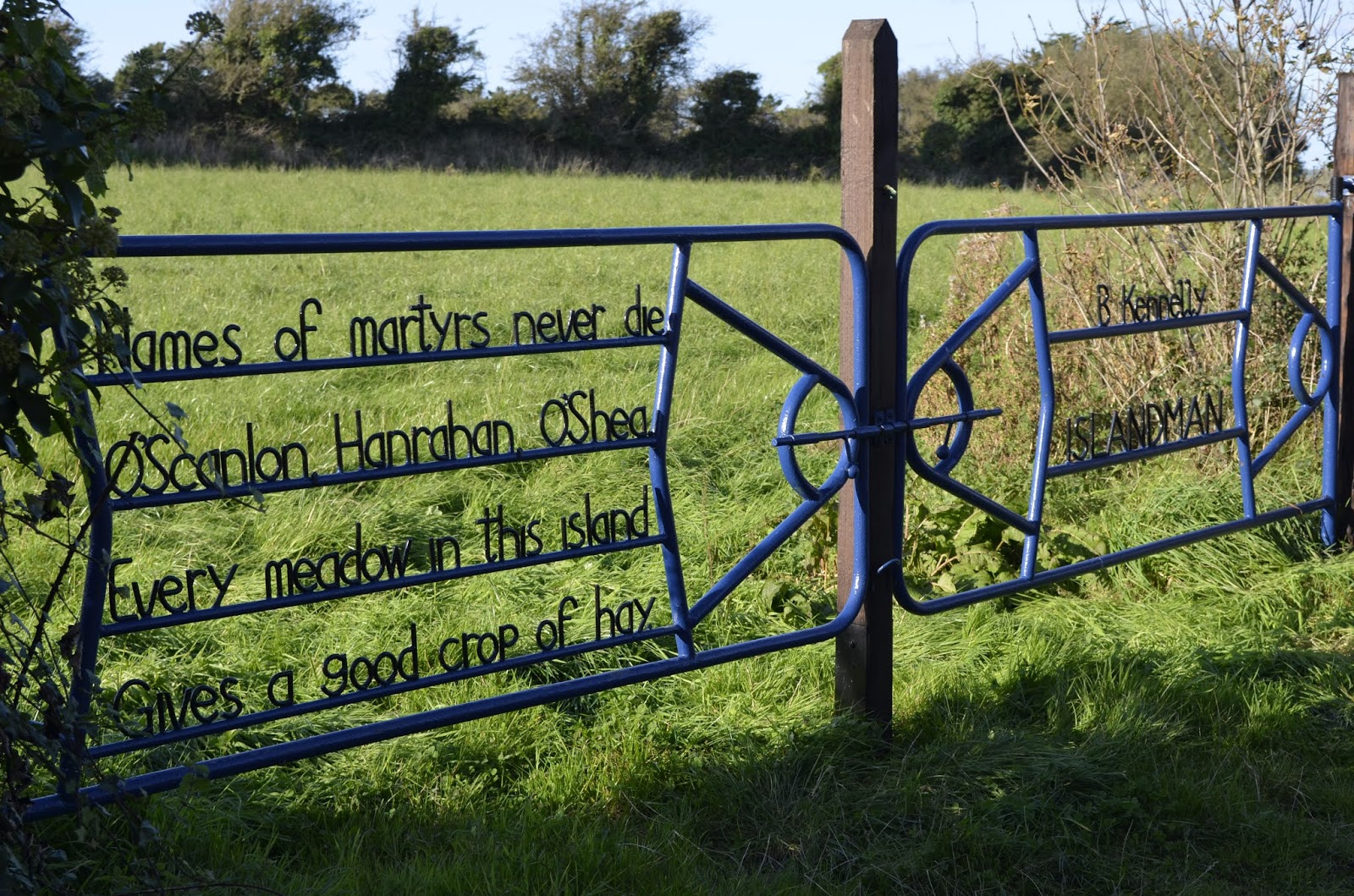 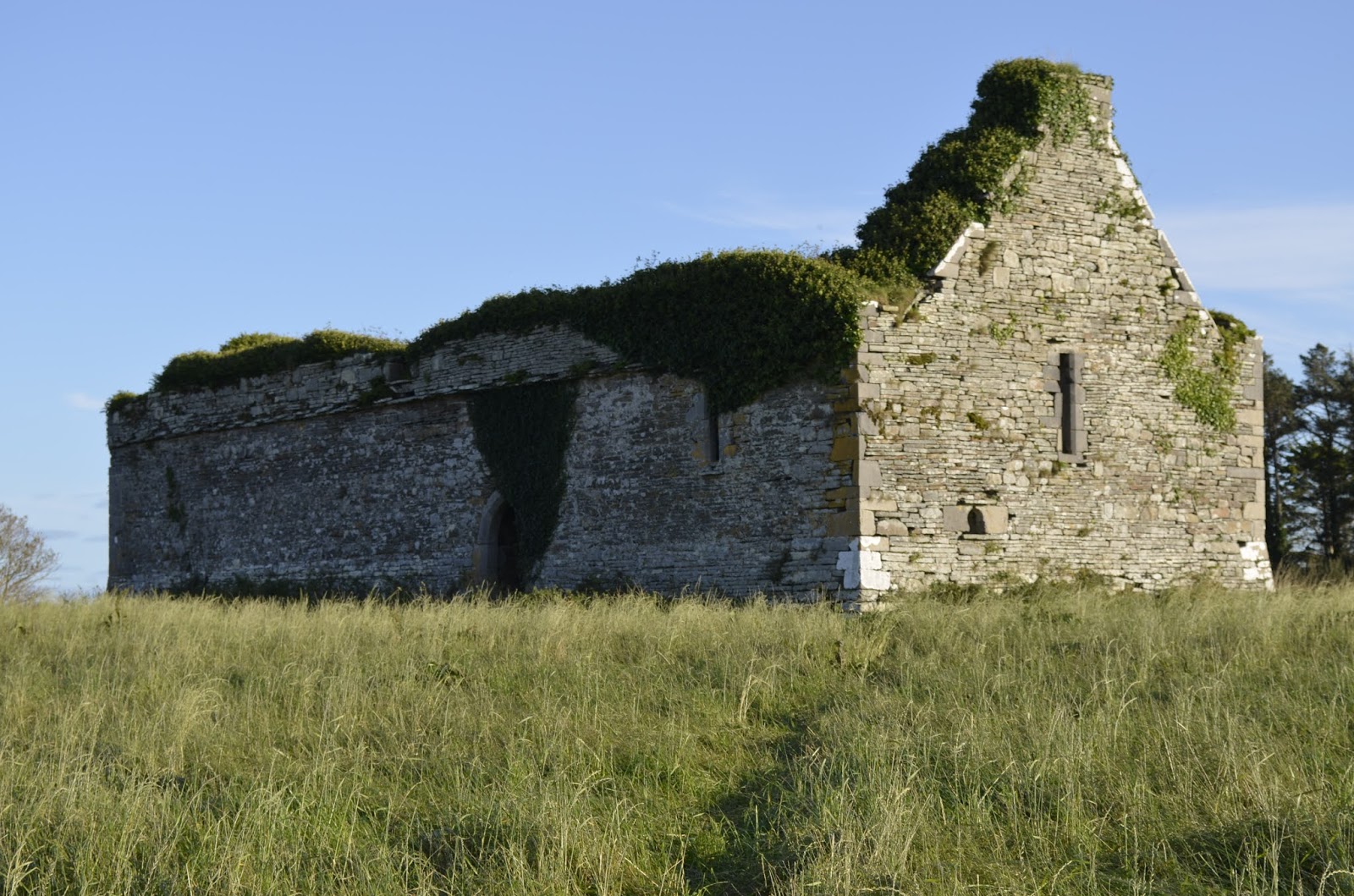 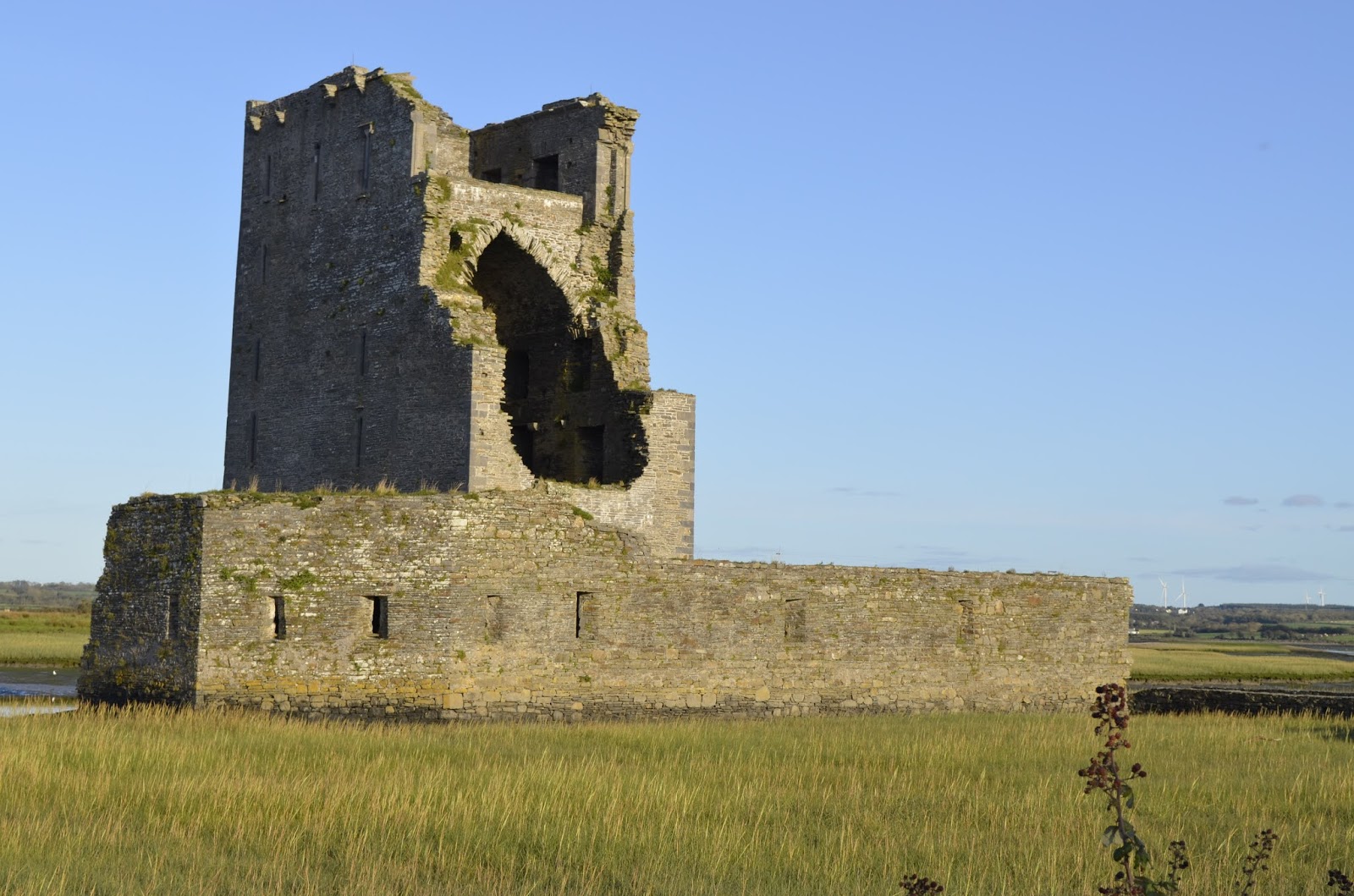 Happy Days in The Ball Alley 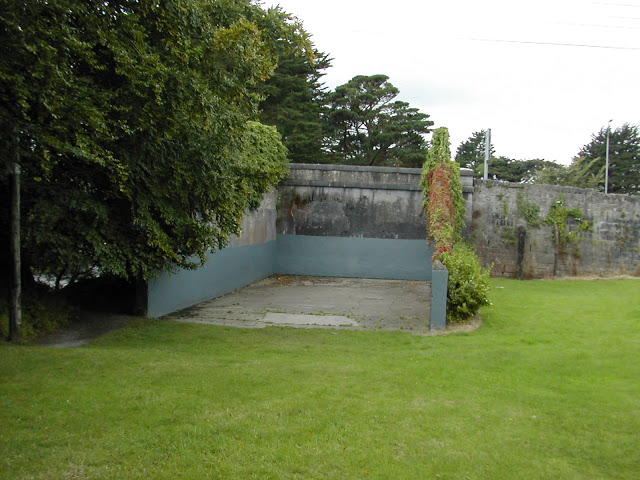 the side walls mark the theatre,

The cocker’s hopped and hardened,

His swinging arm begins the game

I watch them from the grassy mound

and in the space of half an hour

and beckon us to take our place

the game that gave such pleasure

when I was young and full of fun

in the Alley years ago.>>>>>> I asked Junior Griffin once who won the handball match. He told me that there were no winners or losers because as soon as you won one game you were challenged to a rematch. There was usually a little wager on the game. Money was scarce enough so the bet was small but once Junior was on the winning side of a 2/6 (a half crown) bet. He went double or quits until the money was astronomical, and no body had any hope of paying it.In those days the glory of winning was everything. People did not expect medals or trophies. They were happy just to win. 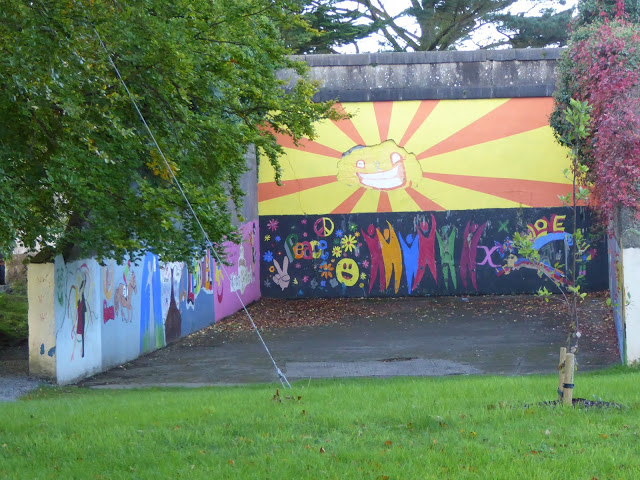 That was 2015. Another iteration is currently underway. 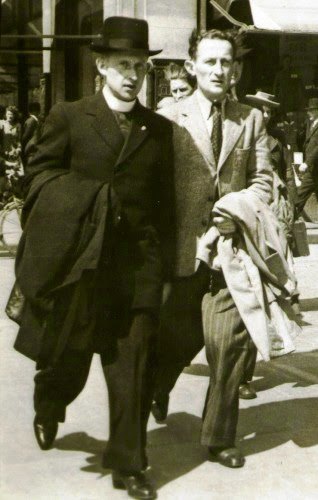 Fr. Michael J,. Stack and his brother Bob Stack from Listowel, pictured in Dublin in 1940. Fr. Stack was later parish priest of Ballydonoghue.

Shannonside Journal 1996, Wildfire and a Rumination on Ruminants

Howth, A Postcard from Mount Rivers and Kayaking on the Feale