Christmas in The Square, Kerry Candlelight, an old football photo and help Sought in Tracing a Family 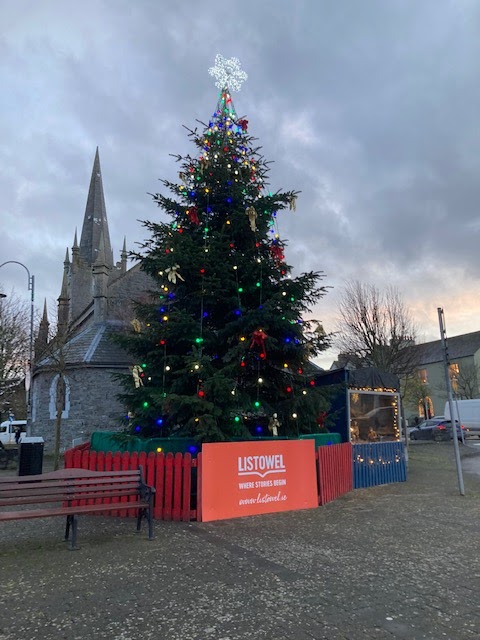 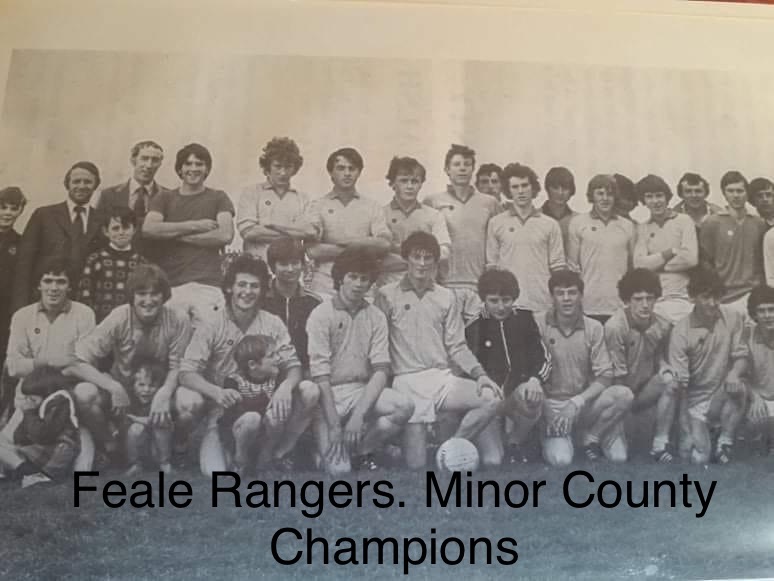 John Keane shared this on Facebook. He didn’t give us the year. 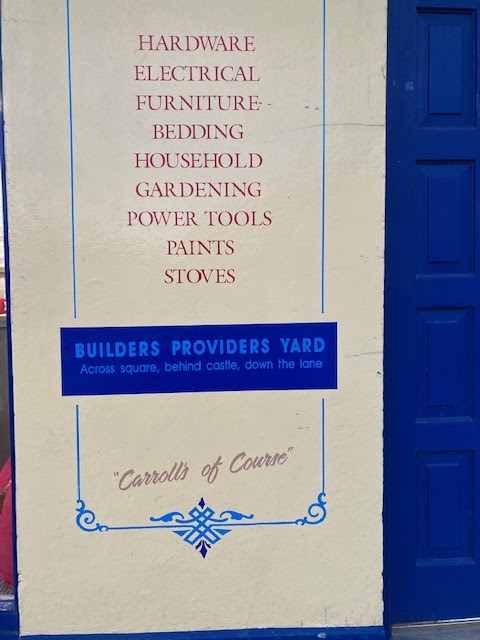 Didn’t come out very well but I was fascinated by the detailed directions to the builders’ yard.

Molly’s Back in Town 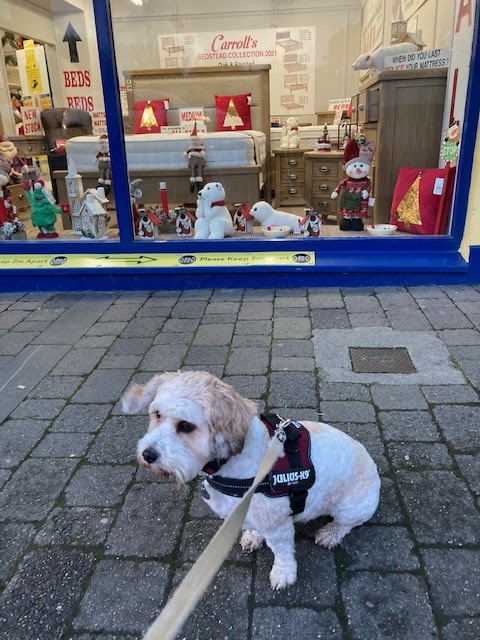 Molly is having a bit of a pre Christmas staycation.

I am standing here in Euston, and my heart is light and gay,

For ‘tis soon I’ll see the moonlight all a-dance on Dingle Bay.

And whenever I recall it, there’s a teardrop in my eye.

There my true love sits a-dreaming, in the Kerry Candlelight.

Now the train is moving westward, so God speed its racing wheels,

Do you Remember the O’Gradys of Church Street?

Am not sure of this, but I have been told he was an American Army doctor. He is buried in Lislaughtin Abbey, Ballylongford. His headstone reads  Comdt P. O Grady, A.M.S., late M.O. Ballylongford Dispensary, died 1943. Beside him is Valentine Michael’s headstone, of Farnastack, died1953 and on other side John D. Boland died 1943 and his son Daniel, Tarbert , died 1978.

In St Michael’s Listowel there is memorial to Jenny O’ Sullivan, died 1970, Nora O’ Grady , 1976, Nuala O’ Grady 1982 and Rosie O’H Connell nee O’ Grady 2000. Does anybody know where Nora lived after she sold her premises in late 60’s or early 70’s. Also where did Rosie live? She was a lovely red haired girl. Seemingly Nora had 4 or 5 daughters, most of whom went to the U.S.

I have read that Bob Boland ( Robert Leslie) used meet Dr Bryan Mc Mahon in the snug of his relative Nora’s premises on some Saturdays to discuss poetry.

Jenny O Sullivan worked at O Grady’s all her life, as did another lady named Minnie. Who was Minnie?

I would like to find out who was Nora O’ Grady’s mother and father? I am assuming her father was the John D. buried in Lislaughlin. Also any more of her siblings?

My interest stems from my husband, who always says that his own mother visited Nora in Church St.,and claimed to be related to her. I need a lead to trace the genealogy here. I am grateful to  Liam Dillon and Geraldine Harmon for some info they kindly gave me.

I also heard that the O’Gradys lived in Ballylongford, before Listowel. I saw a death notice in the Listowel Parish newsletter that Patricia Alazar nee O Grady  , Ballylongford and Church St. Listowel died in California in Nov  2017.

I wonder if somebody out there can please  give me another missing  piece of the jigsaw. I read in your blog Mary, where Ms Angela Liston was searching info on the Coolahans who owned the said premises at an earlier date.

My details are  with Mary Cogan, should you wish to contact me.

Signing off for 2020 with Oiche Nollag in song and verse