Lockdown restrictions were eased for Christmas 2020 and some of my family crossed the border from Cork to join me in Kerry.

On Friday evening we went tothe cinema. We saw Wolfwalkers. This is the latest offering from Cartoon Saloon and the screen play was written  by my neighbours’ child, Will Collins. It was lovely to relive the simple pleasure of a trip to the cinema to see a really good film. 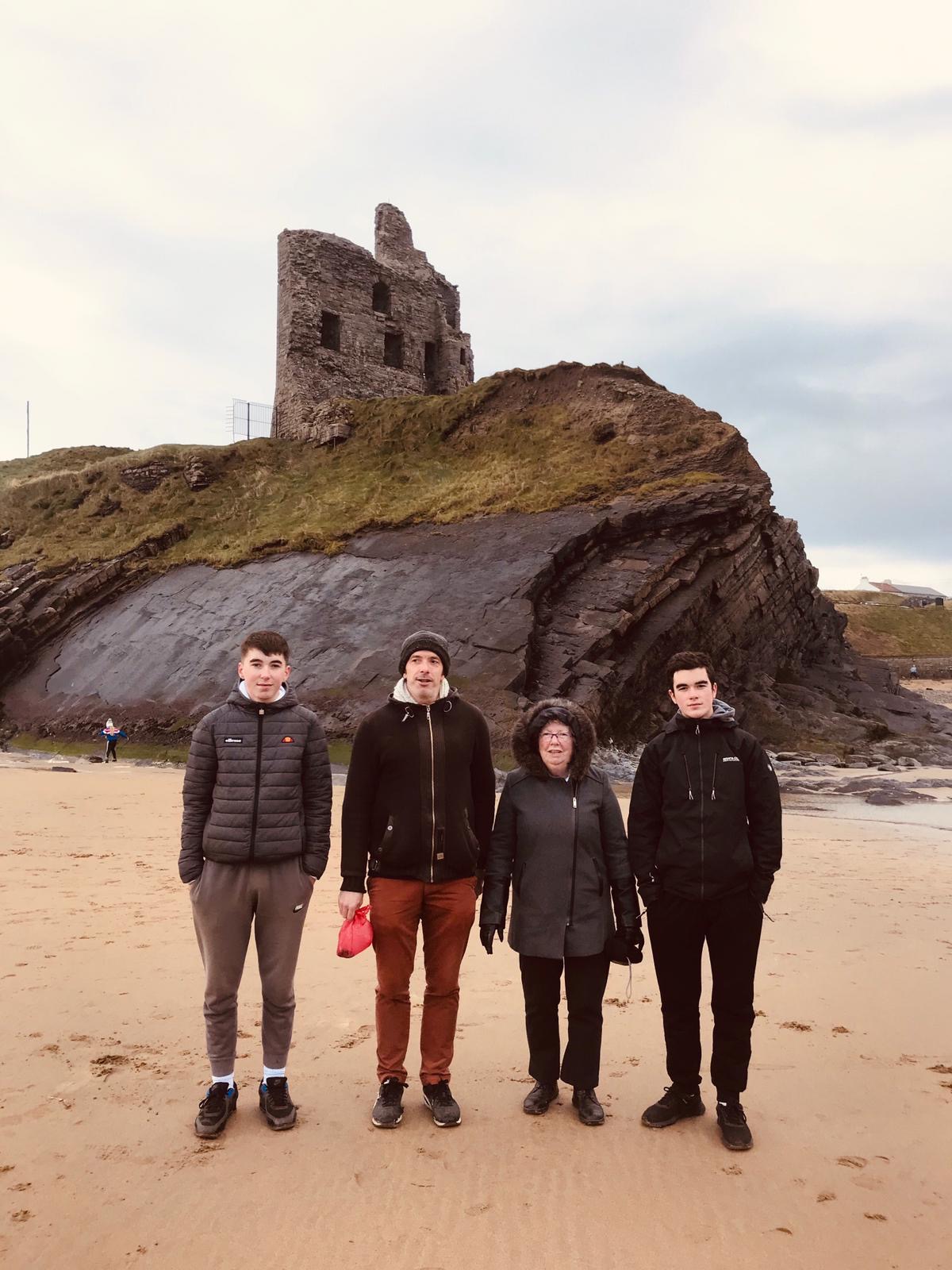 This is me on Saturday in Ballybunion with three of the men in my family. We had Molly Madra as well. Hence the poo bag. 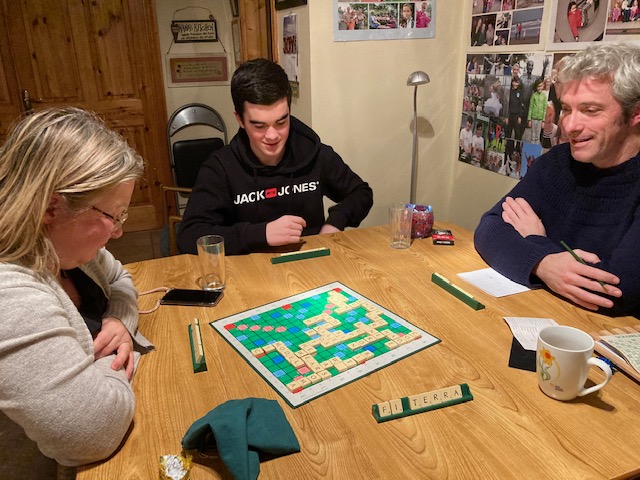 Carine, the only person in our family for whom English is not her first language won the Scrabble game. 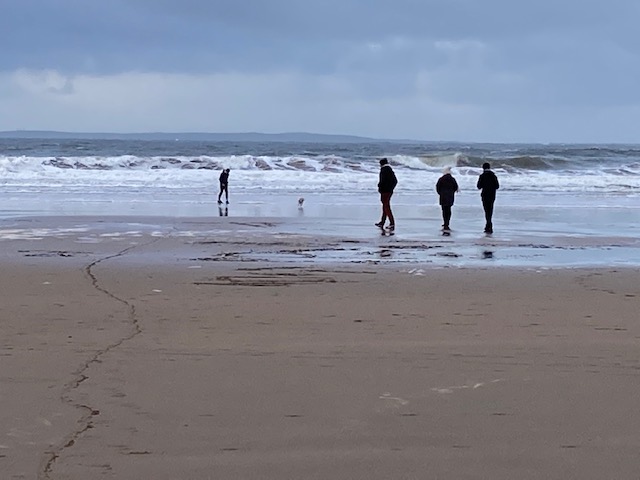 My family love nothing better than a trip to Ballybunion. If they lived here they’d be there every day.

A Few Listowel Shops that are Weathering this Storm 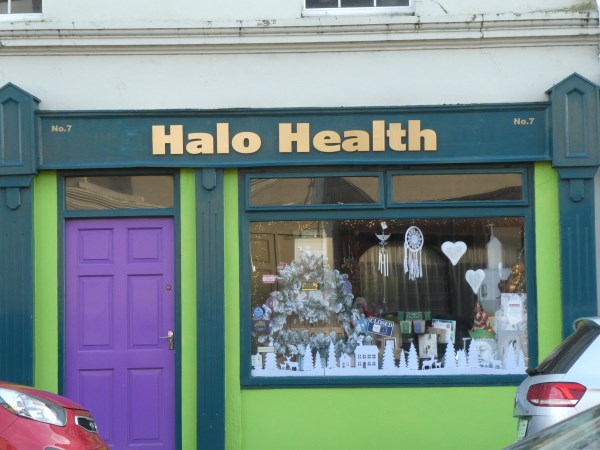 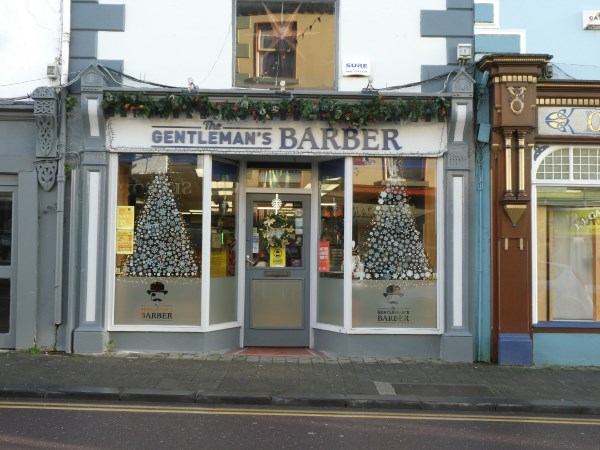 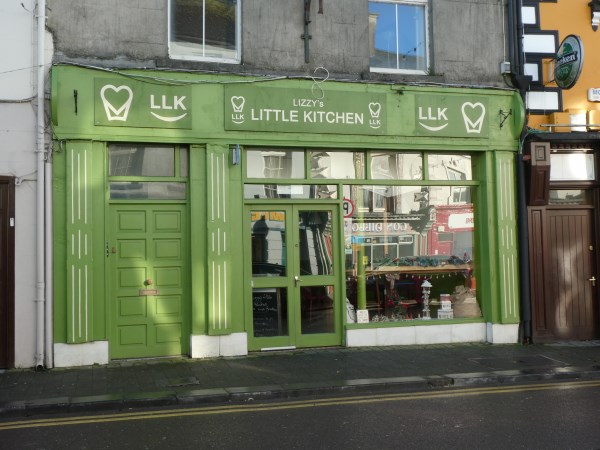 Old Photos of Some of the Old Stock

Maura Lee shared these photos from her family album. Eamon ÓMurchú enhanced them for us. 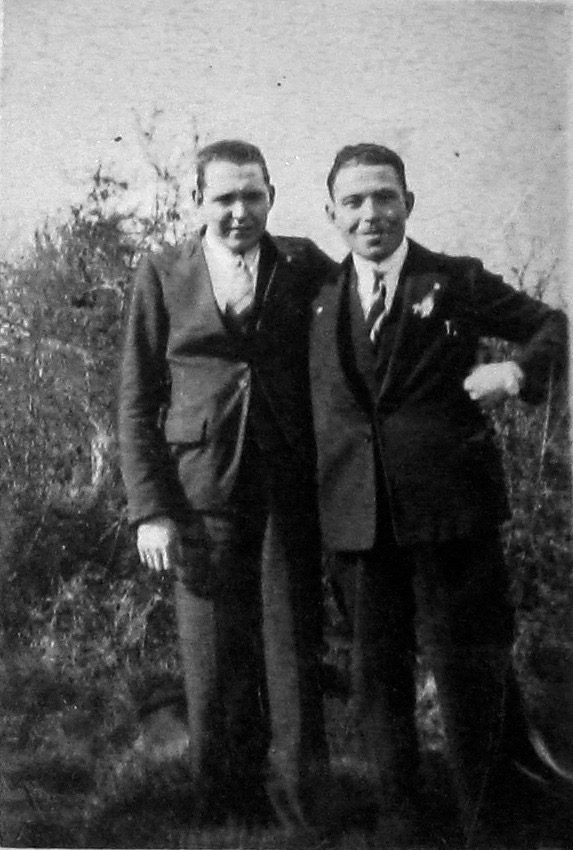 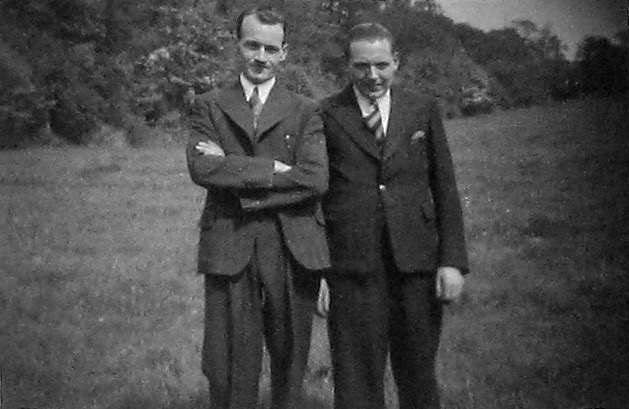 My father with his good friend Jack Donnelly who in later years had a drapers shop in Tralee and whose daughter had a guest house in Ventry, Dingle. (M.L.) 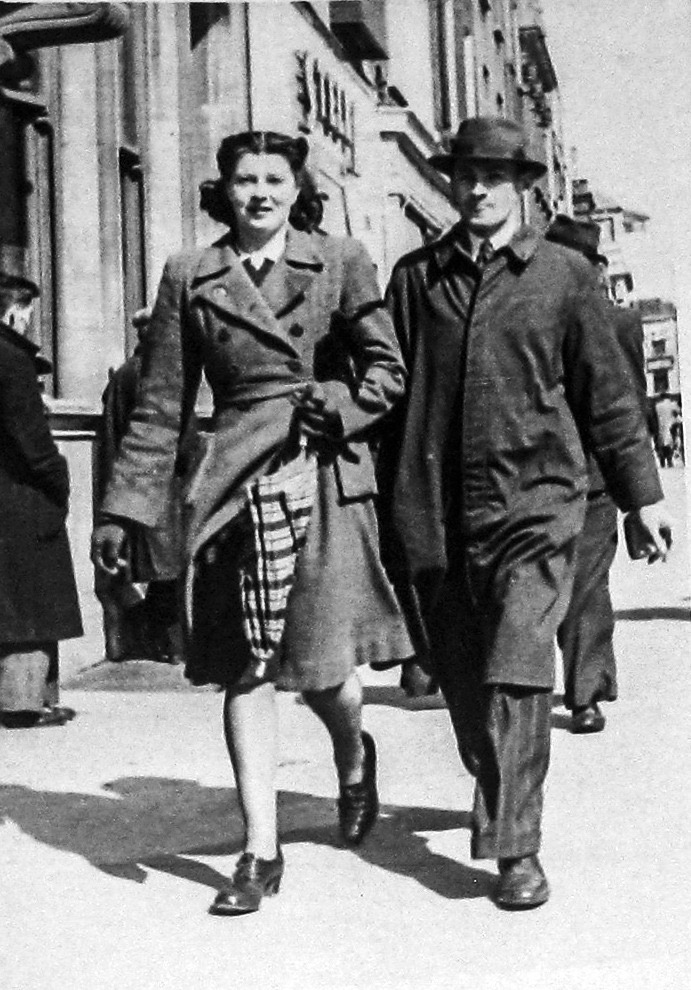 This lovely photo  of Maura’s mum and dad, Tony and Norah was taken in Limerick outside the Stella Restaurant a year before they were married.

This is a photo of Maura’s dad, Tony Griffin, and friends at Kate Kearney’s Cottage, Killarney. She doesn’t know the other men.

Can one ever really relive a memory or successfully  re-capture a feeling?

Yes, I think  so, if only fleetingly and infrequently..

It was  Christmas morning 1952.  I was being led by the hand to early Mass in Lacken.  Why did my mother have me by the hand since, in the words of Patrick Kavanagh,  I was “six Christmasses of age”?  It was partly because my mother considered me “wild”; although in later life I would always claim that I was an eejit but didn’t tick any of the boxes that would constitute “wild.”

Rural electrification was just arriving in Lacken and the surrounding area but had not yet been switched on. Post- dawn it would be possible to see  poles which had stood, complete with insulators, all summer, sentry-like across the countryside and now strung with high-tension cables.

If you stood close to an ESB pole and looked up it appeared to be falling, something to do with an illusion caused by the rolling clouds. The term opto—kinetic movement would have meant very little to a young mind.    Not every house opted for the “’lectric light”. This was mainly out of economic necessity and the “cups” on the chimney became somewhat of a status symbol. The switching-on ceremony would be  performed in The Parish Hall, Valleymount, in January 1953 but for now the valley’s illumination was confined to candles in windows. Conversation in the area was dominated by several fanciful theories and adult Mass-goers spoke of the well- dressed men in Ford vans who were travelling  the district selling everything from irons, to kettles to Electric fires.

An ESB official, on Mr Heevy from Naas,  had called to the school to complain about the number of insulaters which had been the victims of stone-throwing.  The young schoolboys from the townland of Ballinastockan were the immediate suspects.  Not because they were more destructive than the rest of but they were all young marksmen with a missile.

A feeling came over me that morning. Would it ever be repeated? Yes. On Saturday 29th September 1979 I was living in Blanchardstown and working as a Bus Conductor in Conyngham Road  Garage.  Pope John Paul 11 was arriving that day and it meant an early start for many of us.  As I drove down Knockmoroon Hill  at 5AM,  while the  endless line of tail-lights ahead of me barely moved,  it came back.  That feeling.  It was once again Christmas morning 1952.

For Those Who Love Stories

To entertain and stimulate in these difficult times, since last March www.storiedkerry.com has published Kerry  stories every Tuesday and Thursday.   In rotation these came from the eight districts Kerry divides into.   In turn they were stories on legend, landscape, plants, animals, archaeology, history, folklore and our contemporary story.

Christmas in The Square, Kerry Candlelight, an old football photo and help Sought in Tracing a Family