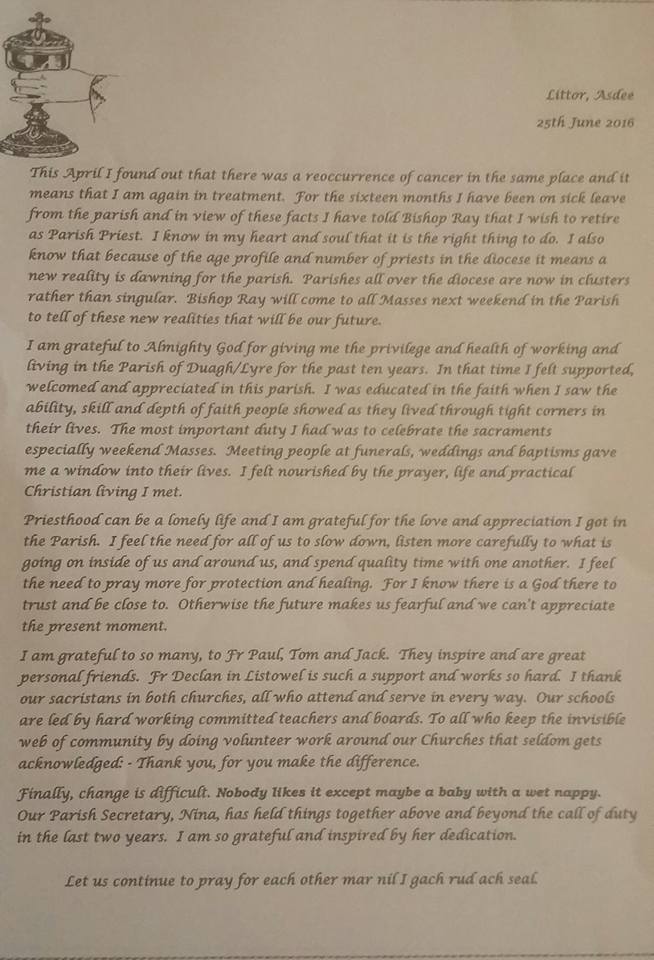 I hope you are able to read the above letter. Even if you cant read it here, you will probably have heard its contents from mass goers in Duagh and Lyre. Fr Pat Moore is retiring from his post as parish priest of Duagh.  Fr. Pat is still very  confident of a return to full health but in the meantime, Bishop Ray needs to make arrangements for the future administration of the very big parish of Duagh and Lyrecrompane. The bishop spoke at masses at the weekend to explain how the new arrangement will work. Duagh Lyre will be part of a cluster of parishes sharing priests and administrative personnel.

I trust that Fr. Pat will soon regain his health and will continue as he has always done, to contribute to North Kerry life in so many ways.  Sláinte! 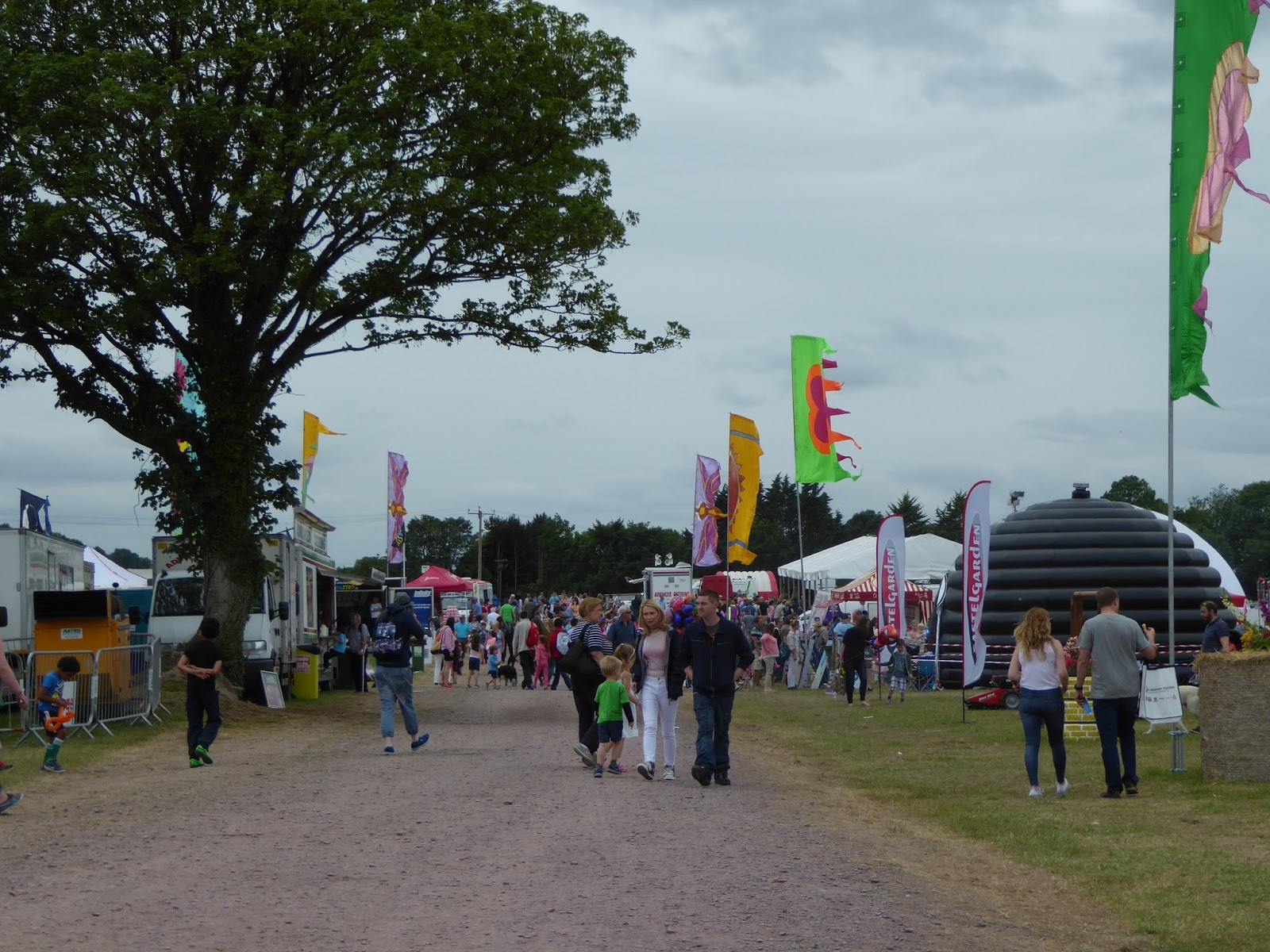 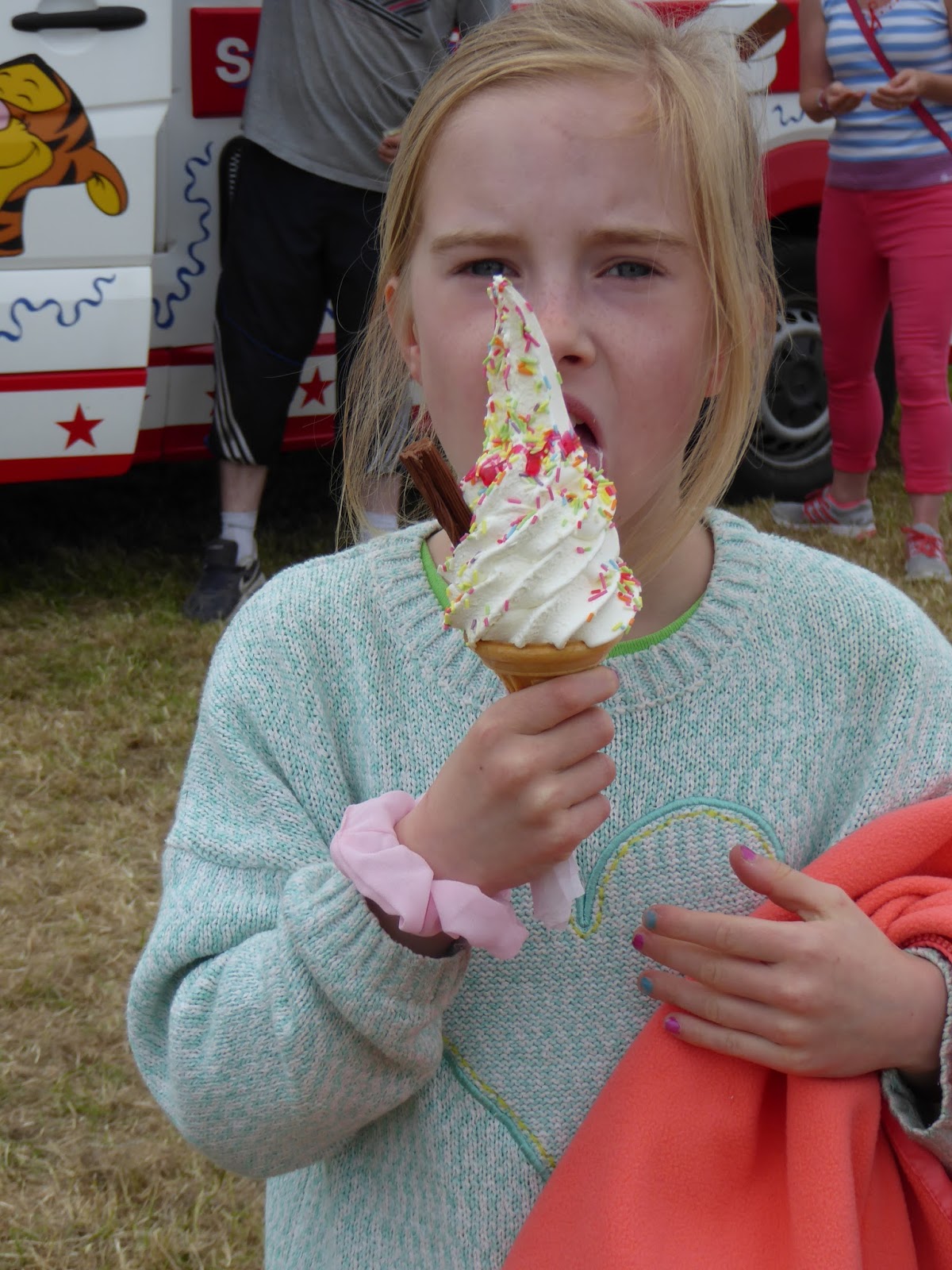 Cork Summer Show has had bad luck with the weather in the past but this year the sun shone and, even though it clashed with a vital Euro match, people chose to spend Saturday in the open air at the show. There were the usual competitions for poultry and farm produce, needlework and baking. But these form a very small part of the show now and the word agricultural has been dropped  from the title. It’s actually a big sales floor, with a big stage for the continuous music, cookery demonstrations, best dressed lady competition and even a bit of jousting thrown in. 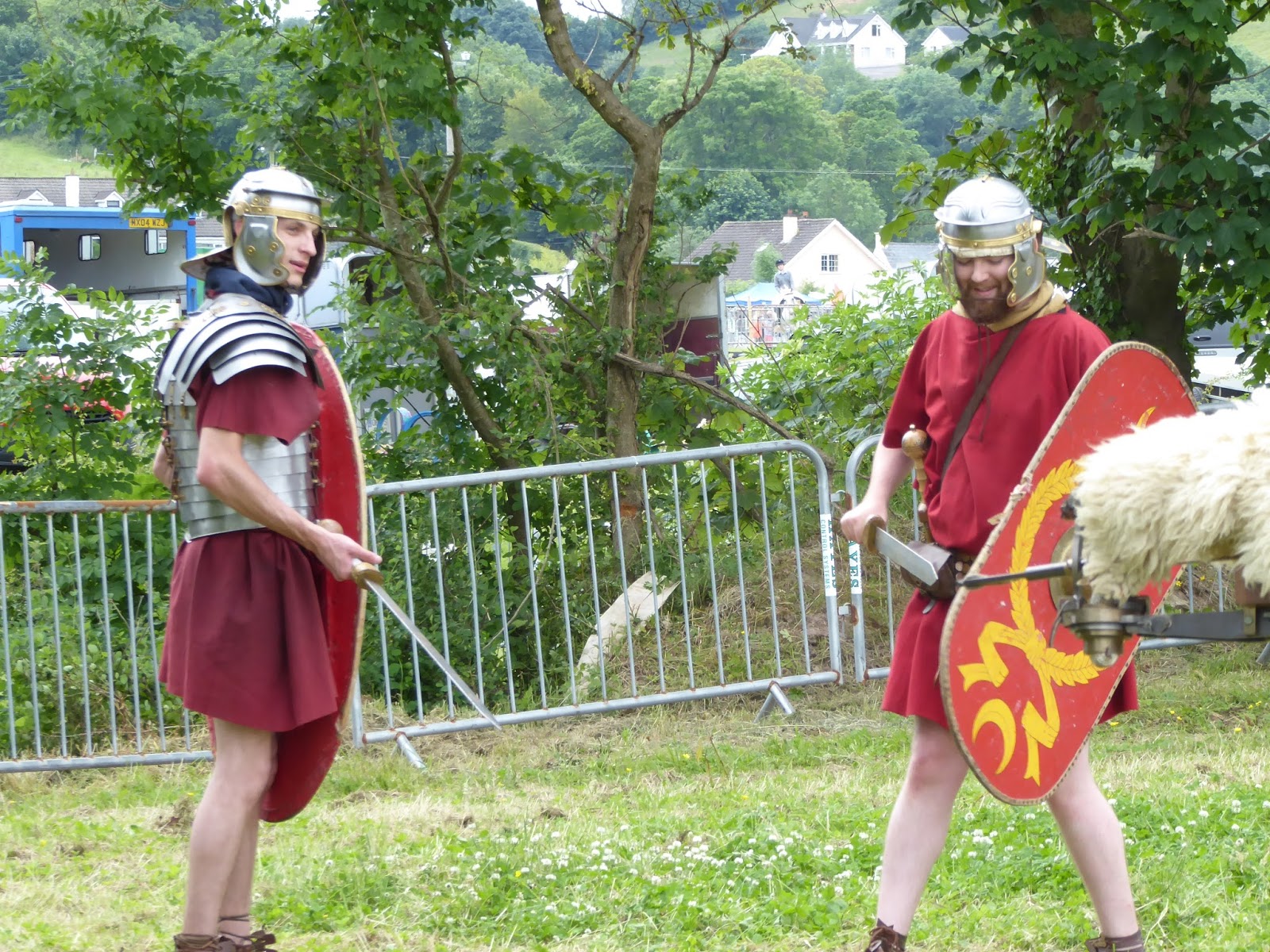 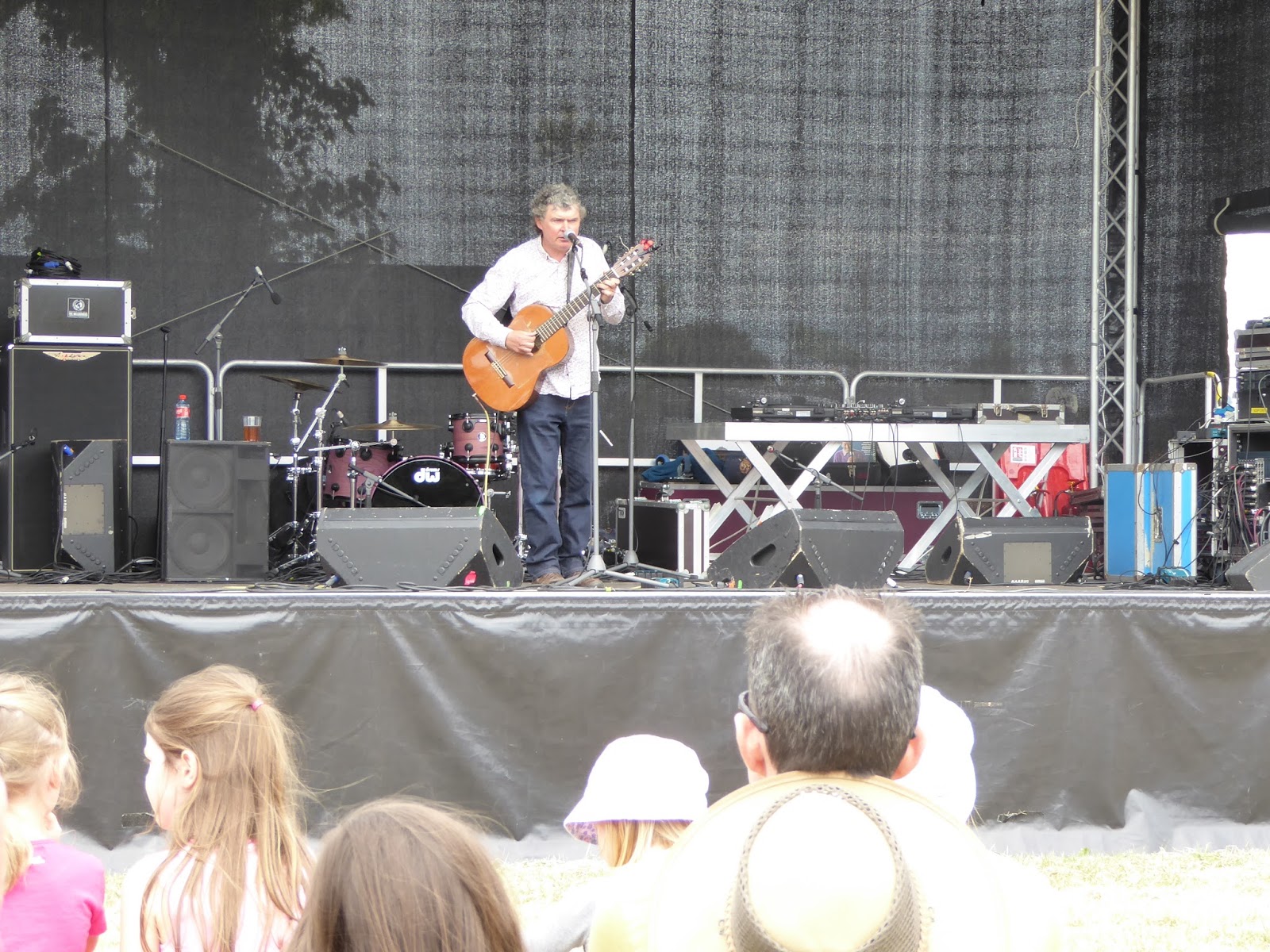 John Spillane was giving it wellie when we arrived. 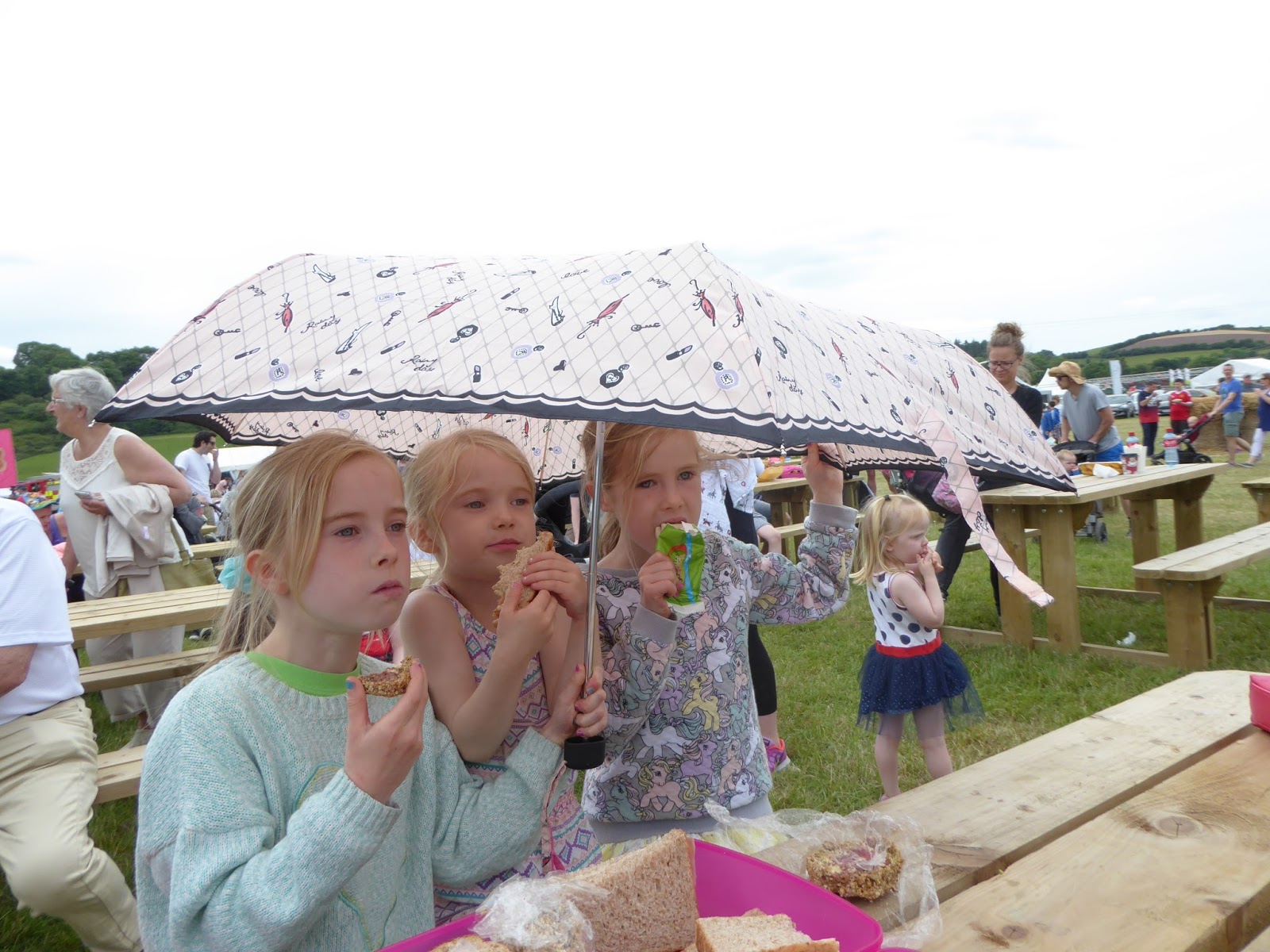 A few drops of rain threatened as we were tucking in to our picnic but not enough to ruin a great day out.

That was Saturday. Twenty four hours later I was back at the show again. This time to lend support to Sonny Bill, my family’s horse. Buoyed by his recent success at Clonakilty he was coming to Cork with hopes high.

The weather did its worst. Rain of biblical proportions deluged down one us.

One of my favourite things to watch at the show was the farrier competition. This man below was my favourite. If he didn’t win I’ll eat my hat. He was an absolute perfectionist. 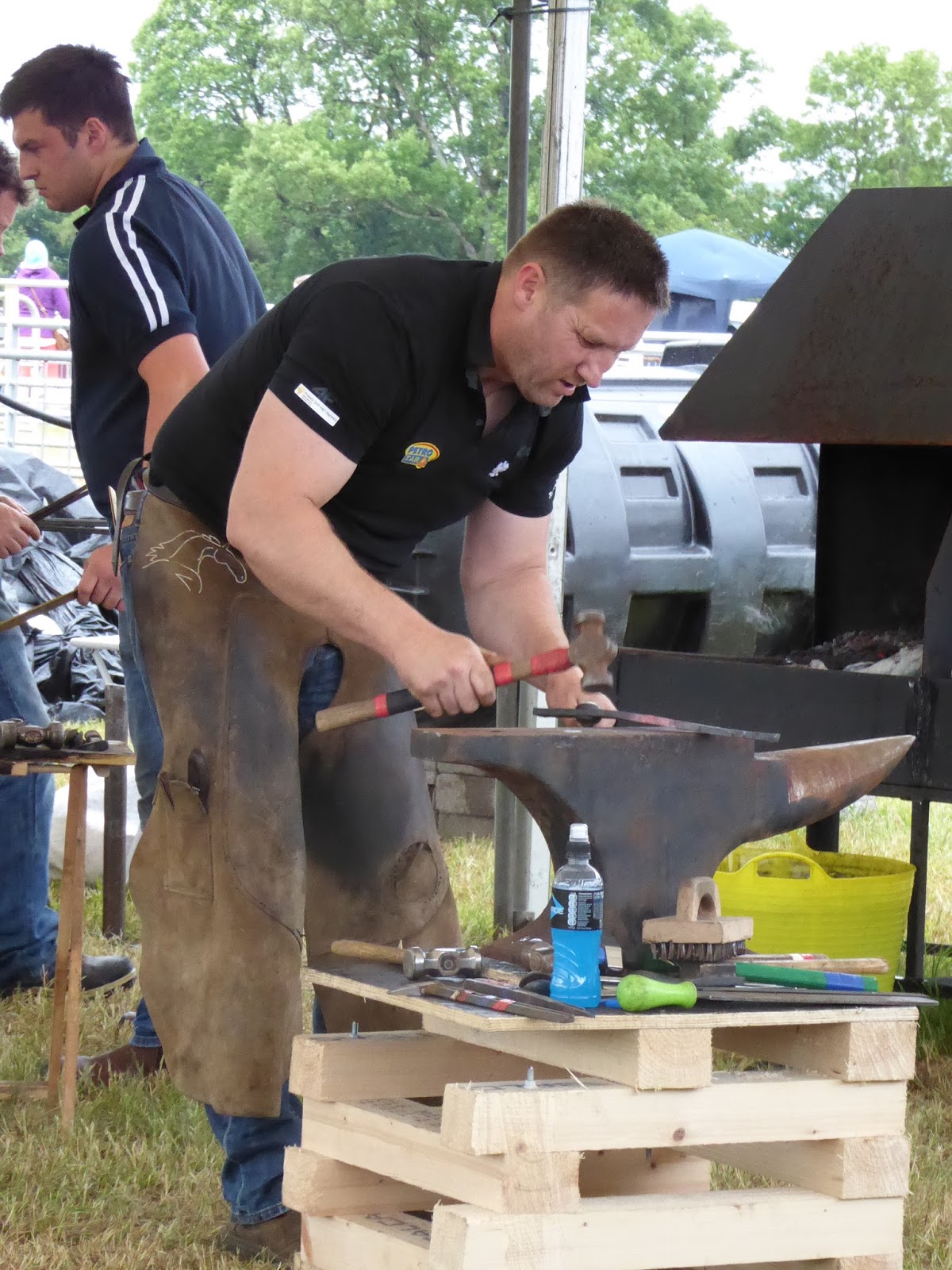 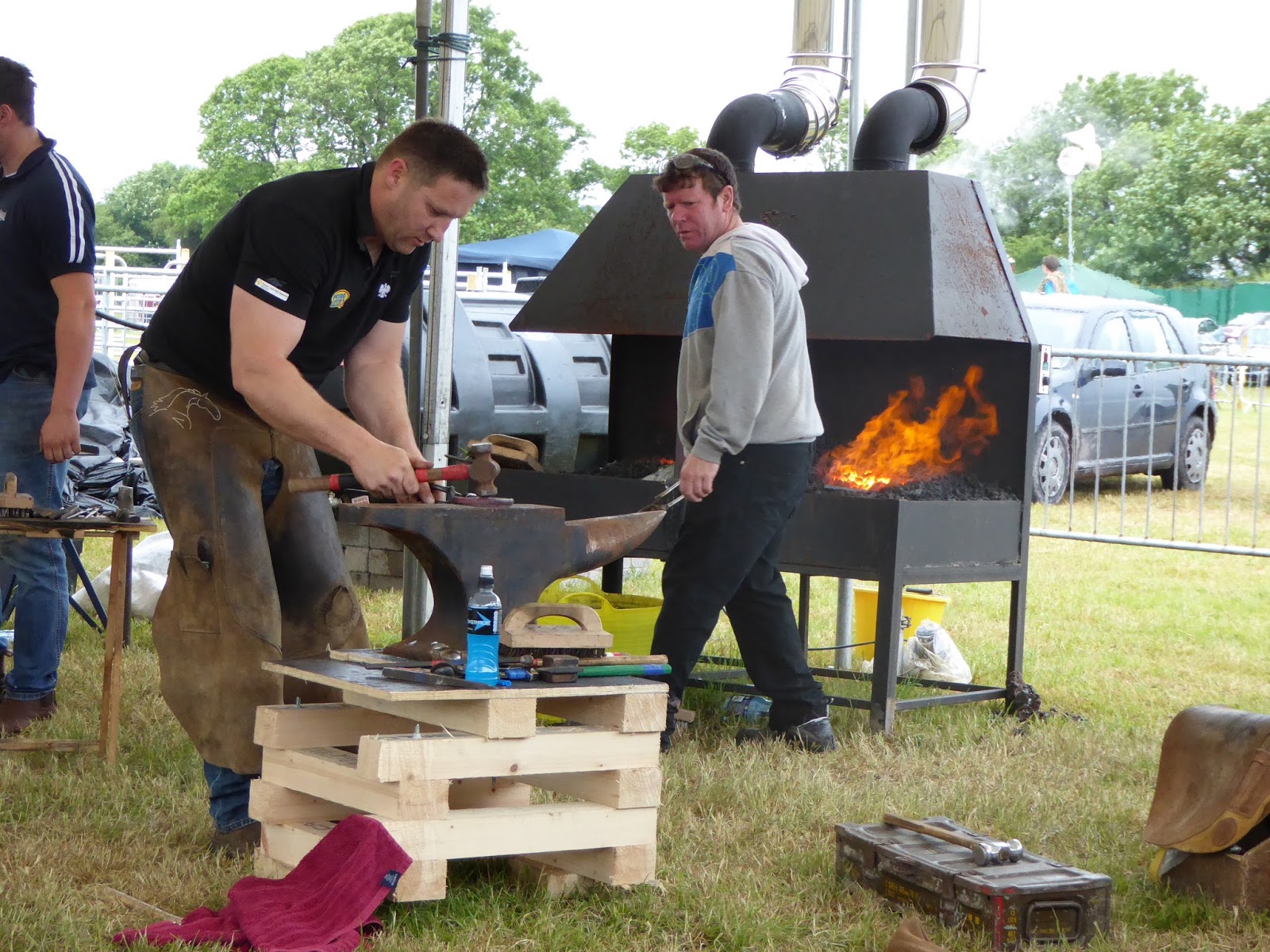 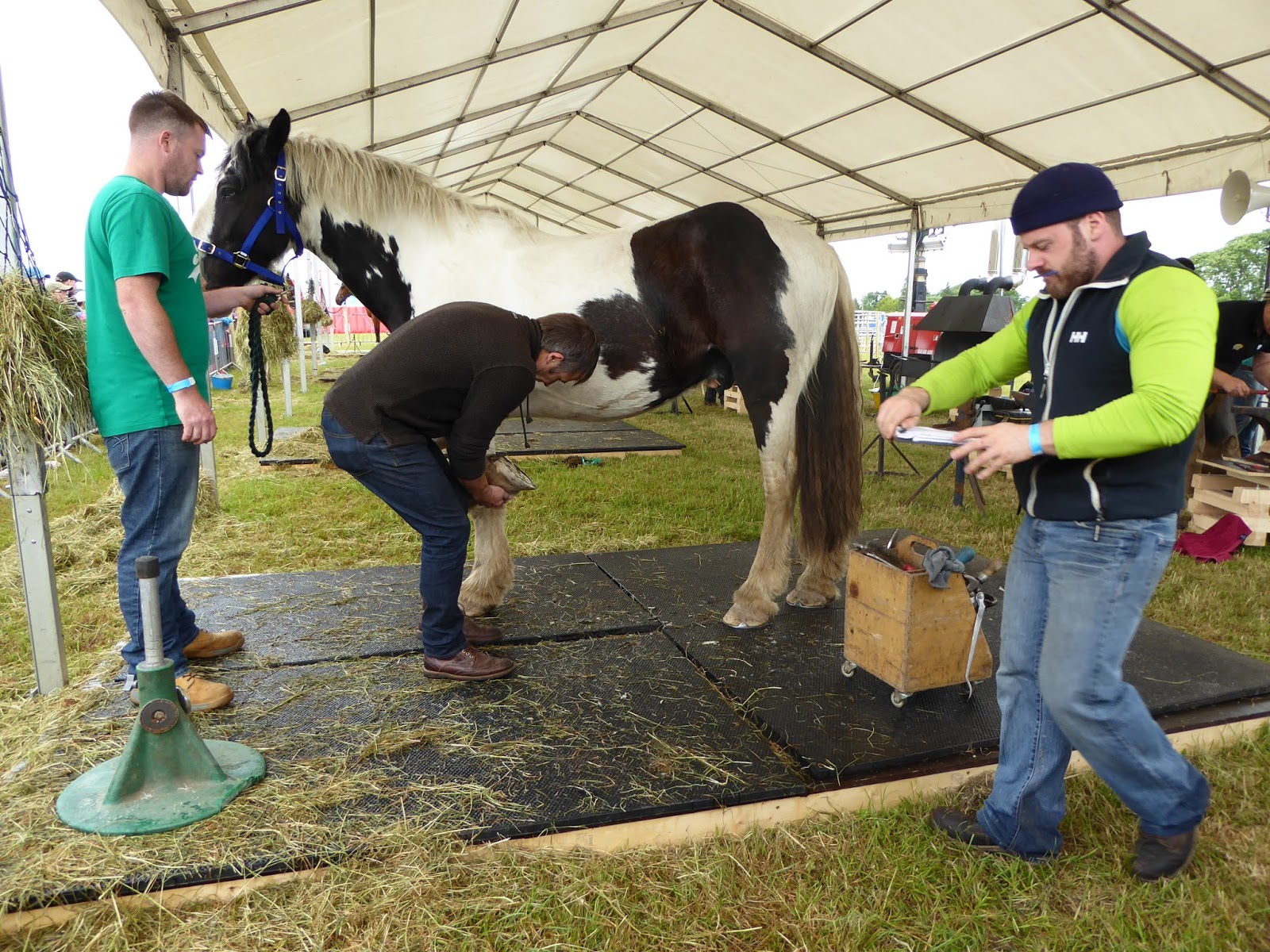 These are the judges inspecting how the hoof is prepared. 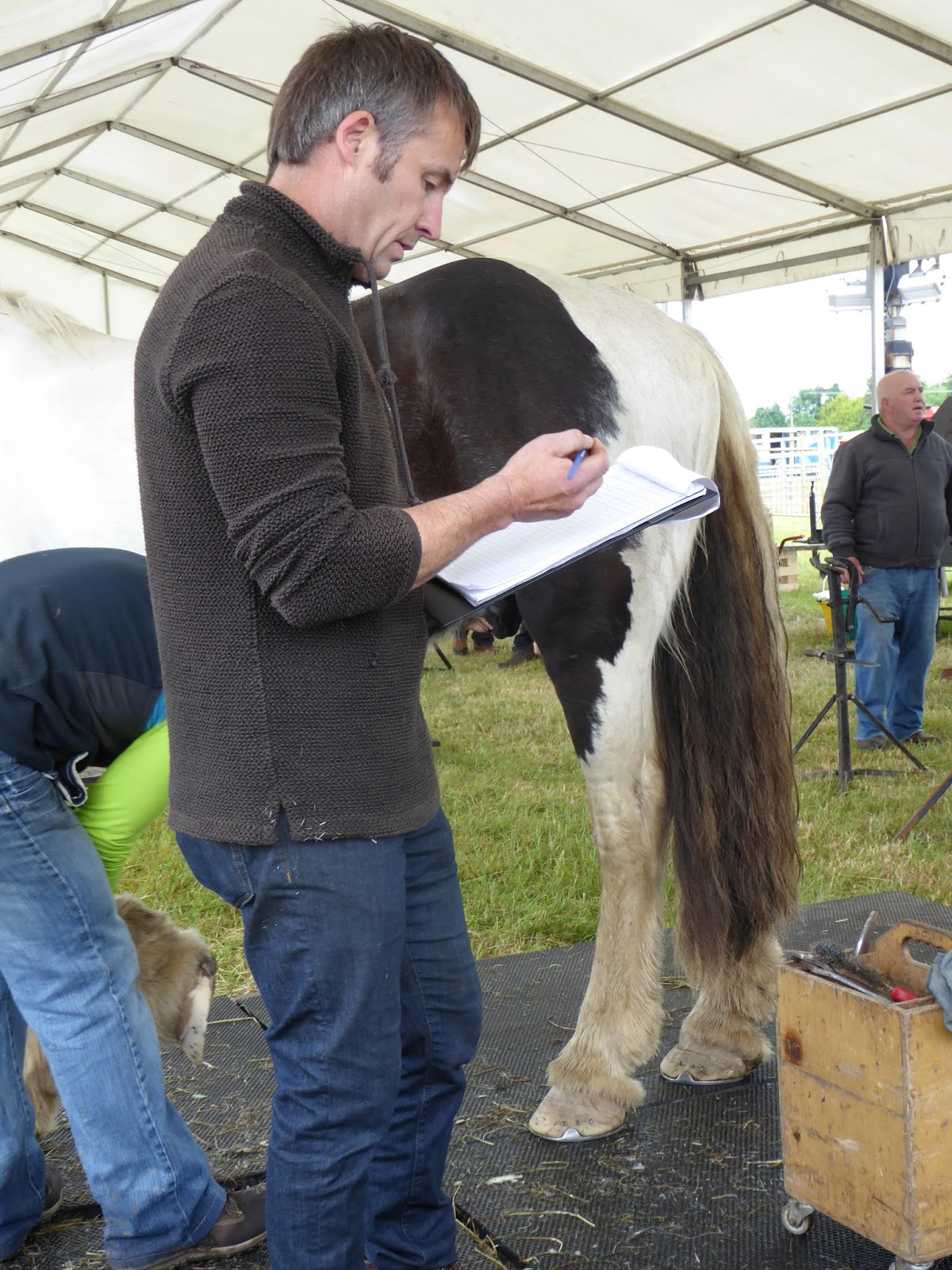 There are marks gained and lost at all stages of the process. 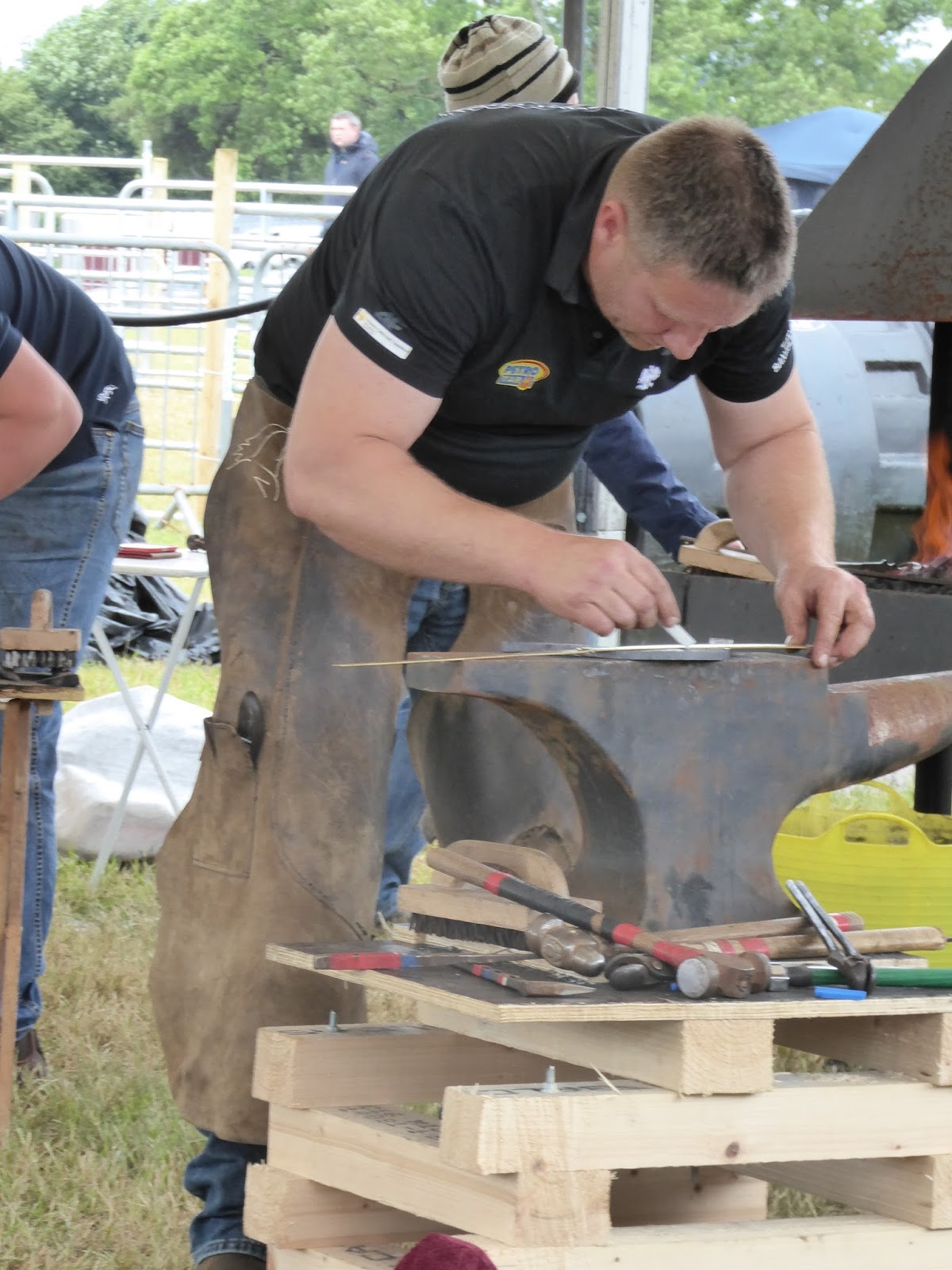 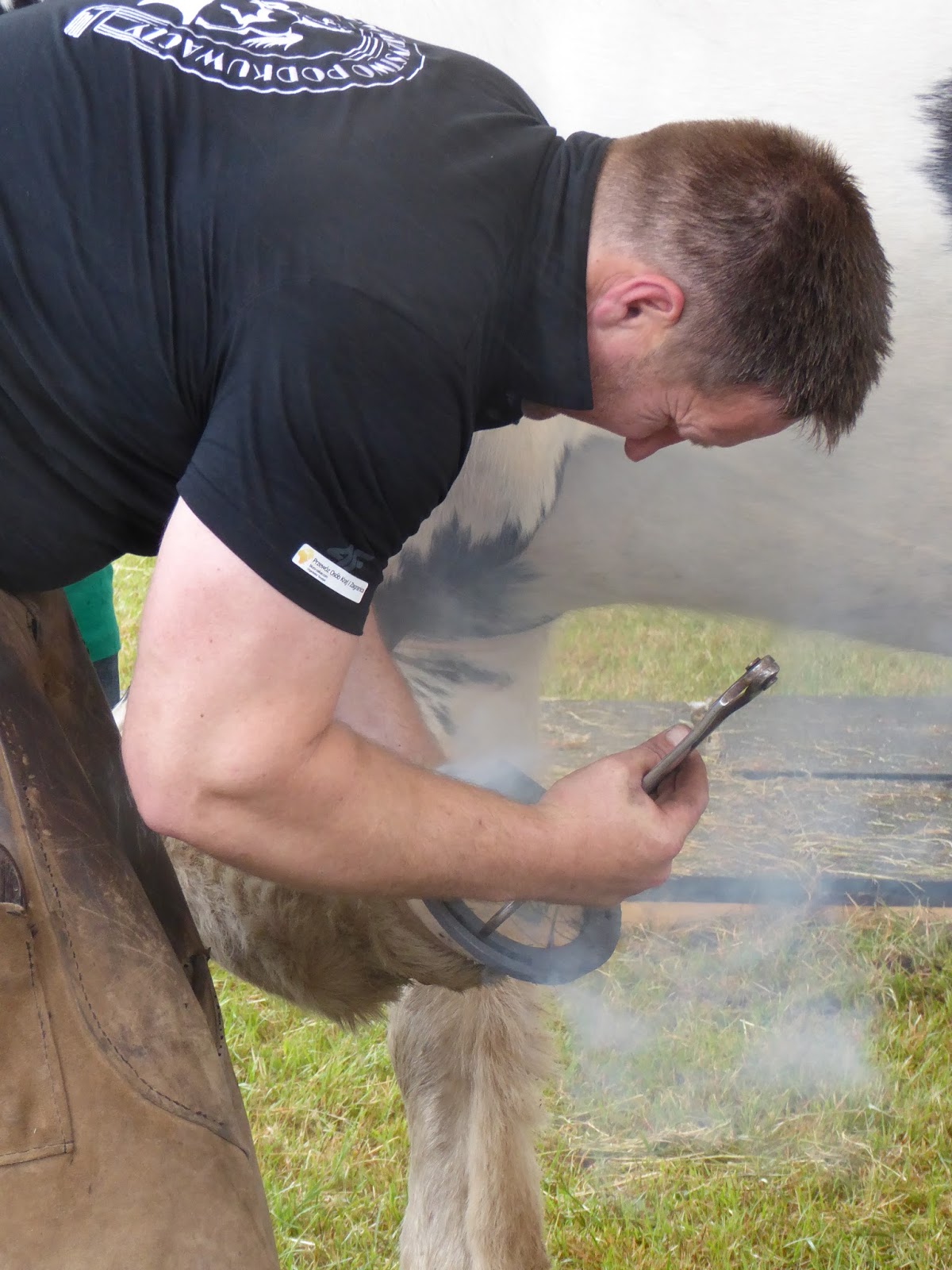 This was the first fitting. 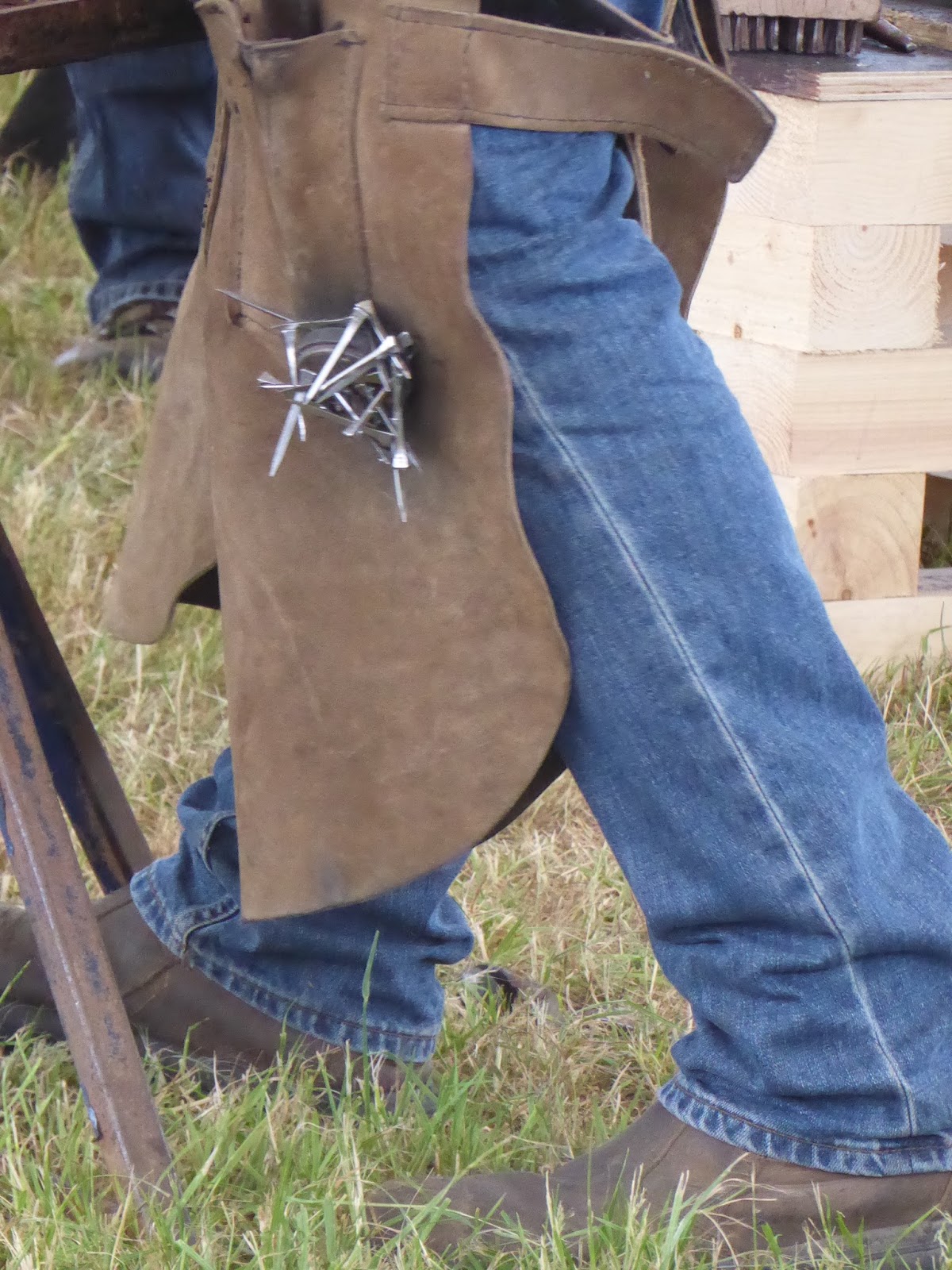 Isn’t this clever? a magnet on the side of his apron holds the farrier’s nails. 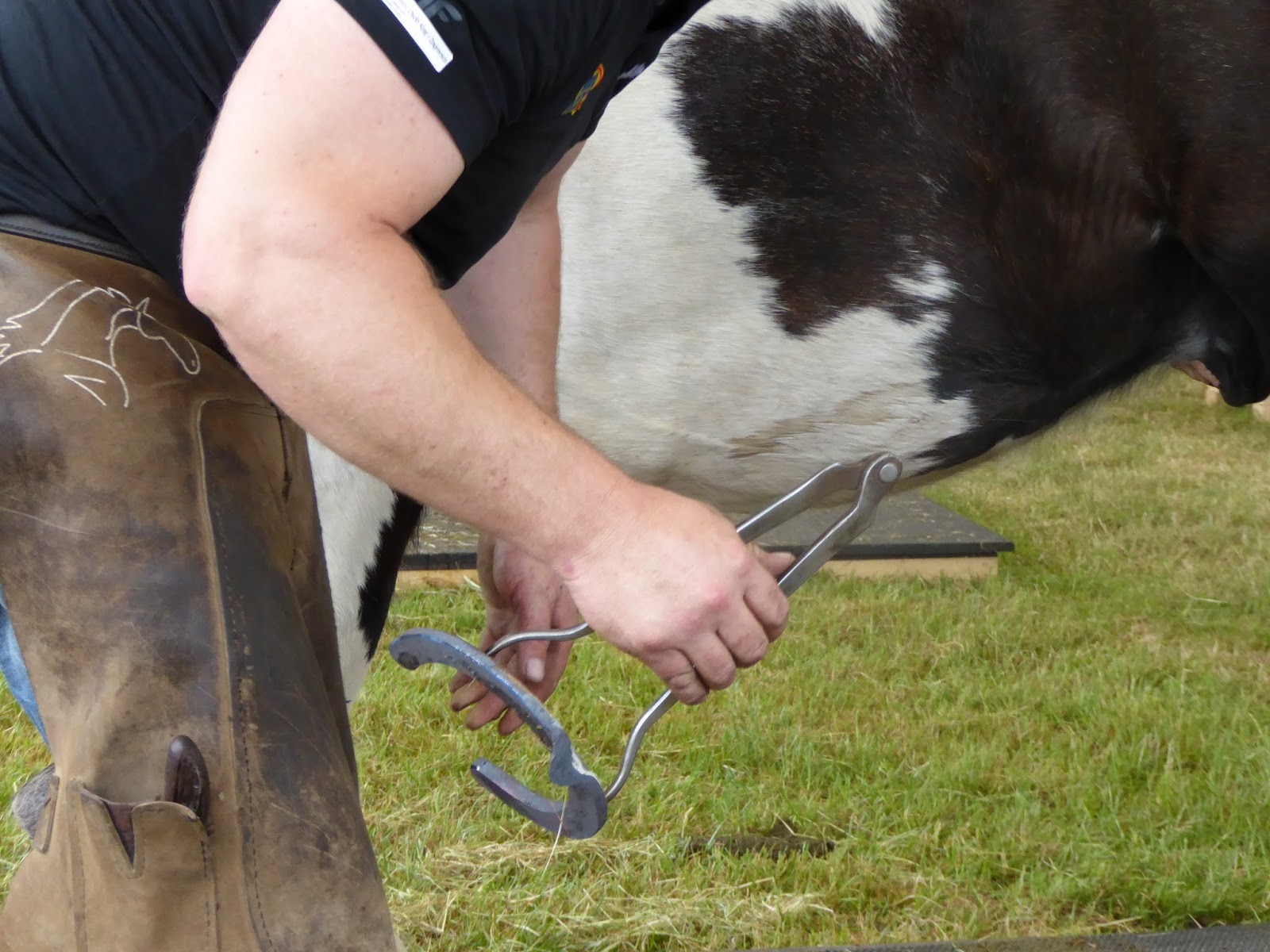 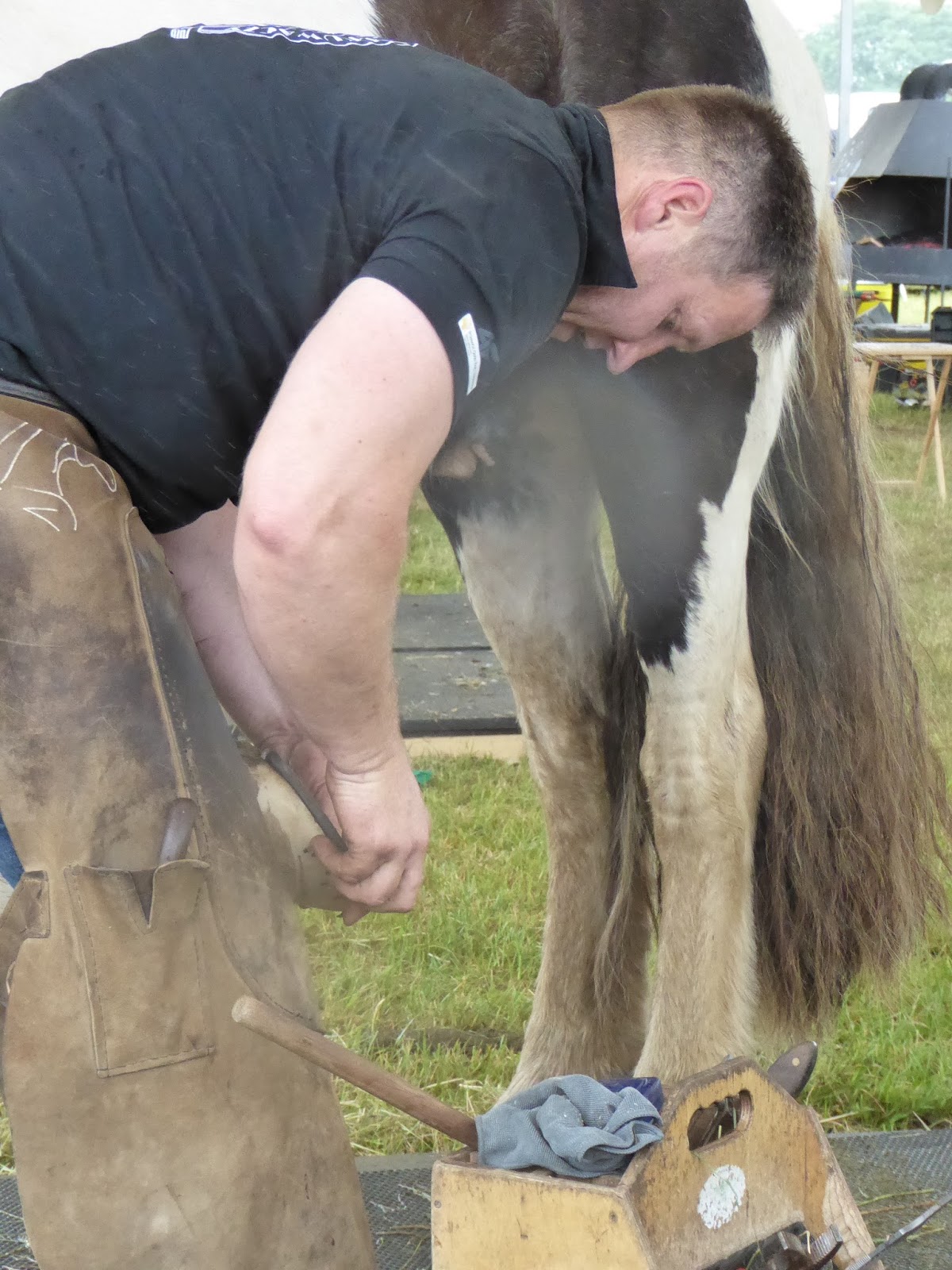 Finally the shoe is fitted, nailed in place and everything filed smooth. It was fascinating to watch. 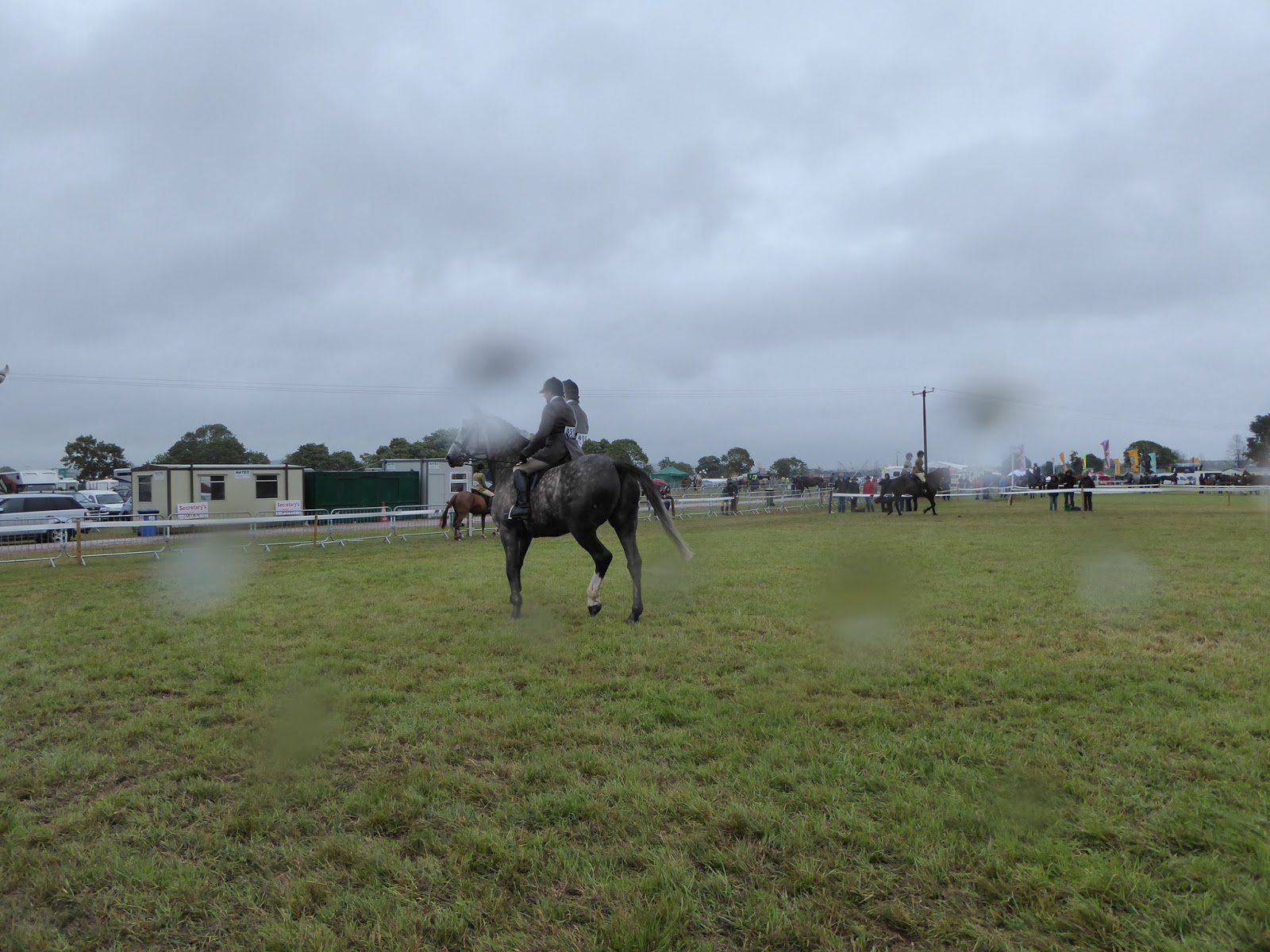 Now to Sonny Bill. You can see from my wet lens that he was showing in the worst of the bad weather. Showing is like a beauty pageant for horses and, as is the case with human beauty, not everyone sees beauty in the same way. In our eyes he was the most beautiful horse there but the judges placed him second. 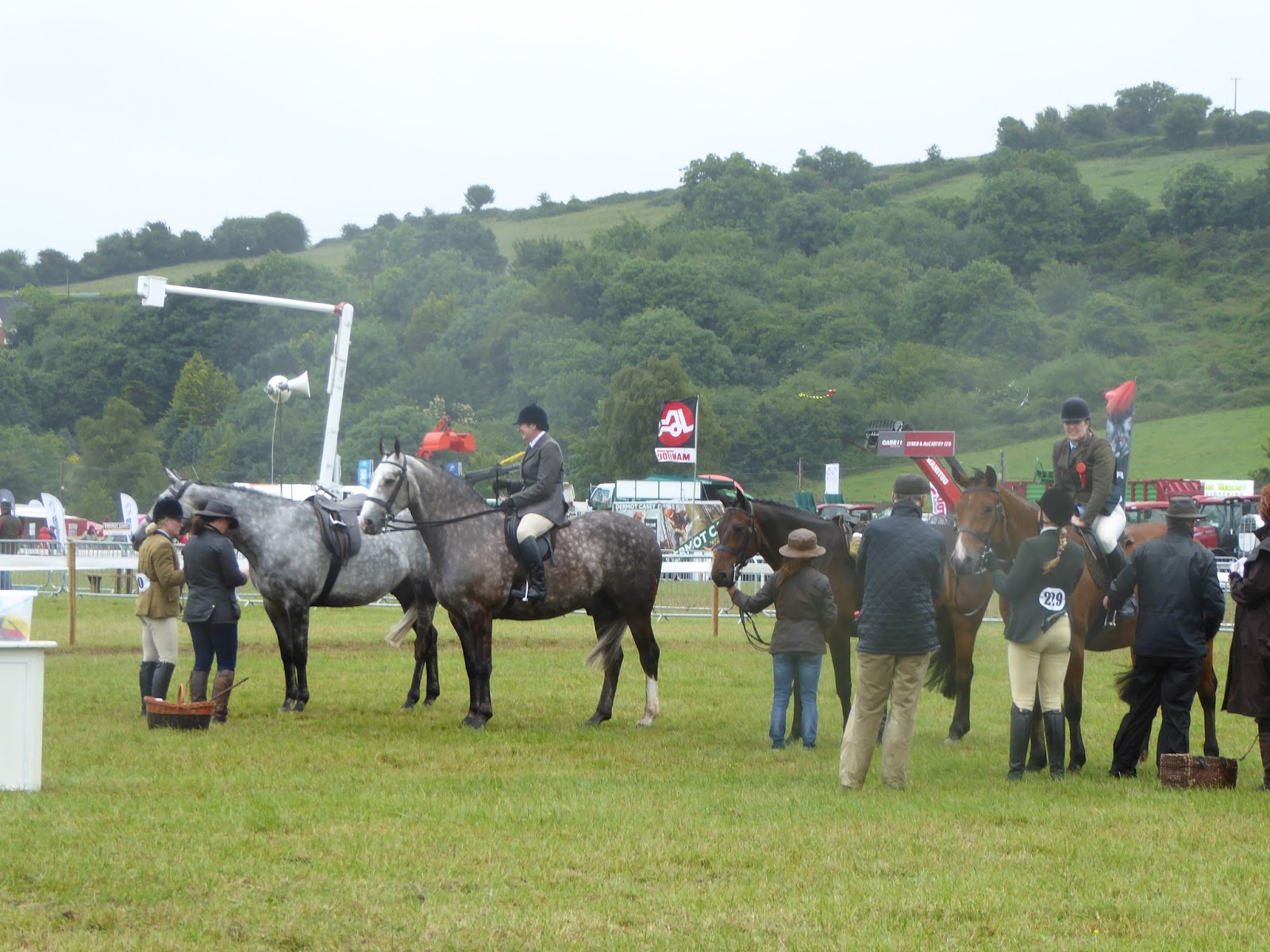 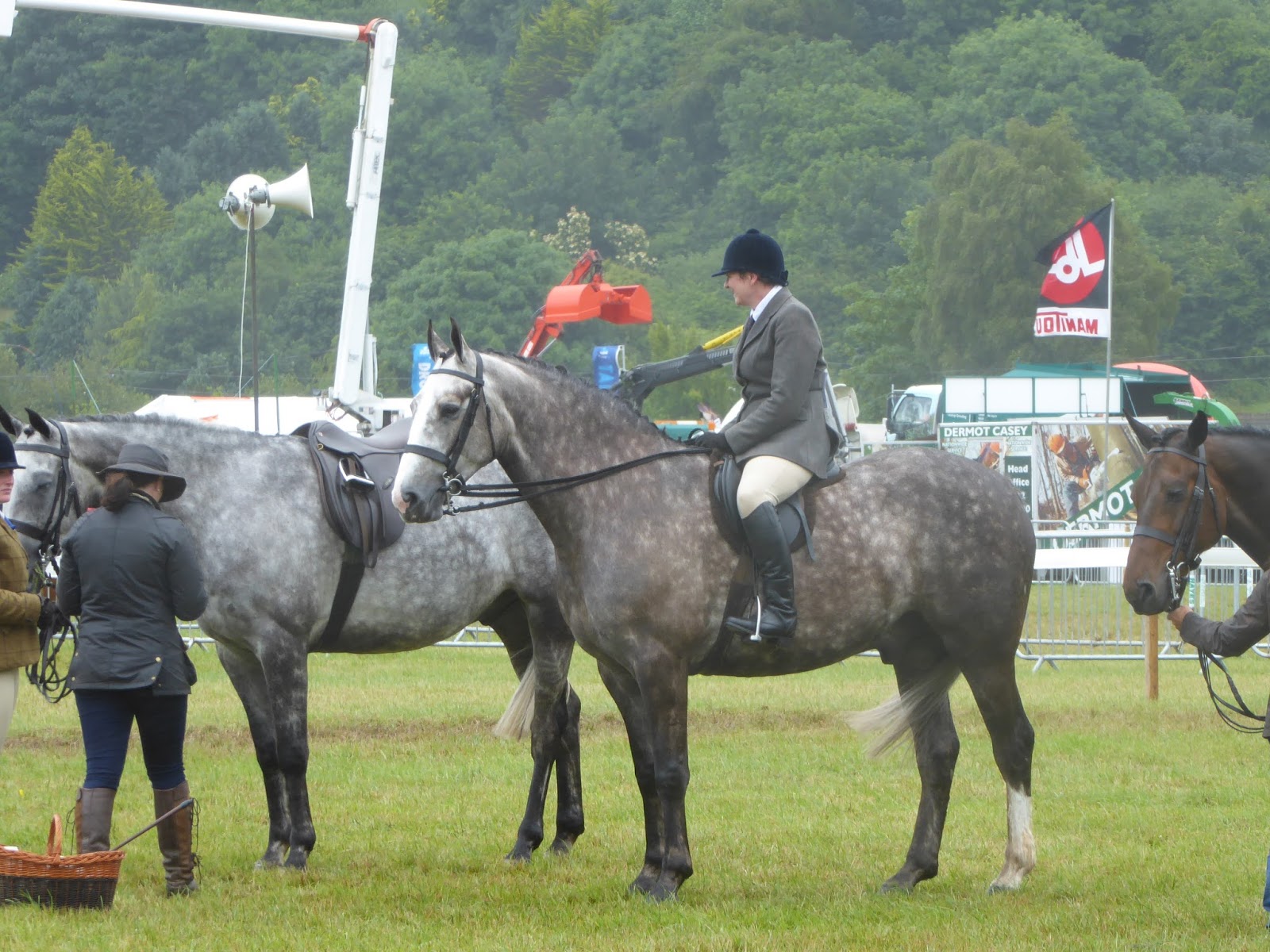 Irish Girls who worked on the Buses in Birmingham

This photo and story surfaced in The Harp News in Birmingham recently and a friend sent it to Una Hayes in Listowel. Una is the lady on the far right of the photo. She is pictured with her fellow clippies on St. Patrick’s Day 1972. She was then Una Duggan. The photo was taken before she married Liam Hayes of Tannavalla. 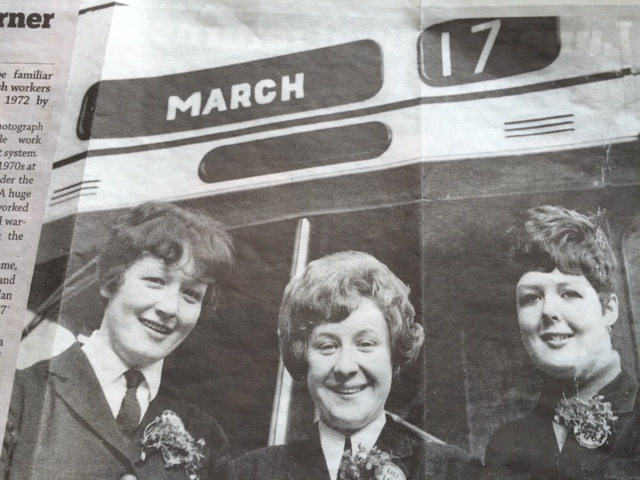 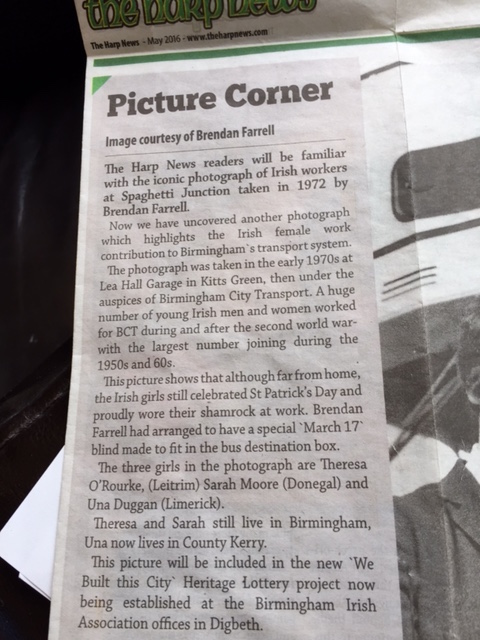 Newcastlewest Pin In The National Museum 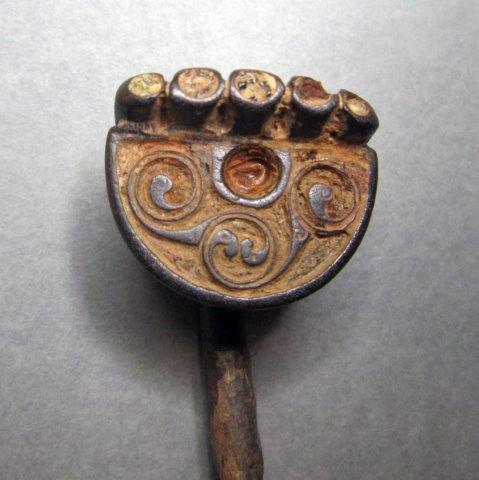 This 6th or 7th century bronze pin was dug up in Newcastlewest, Co. Limerick.

I chose to stay at home and watch the big match. You can see from the above that they could have done with a photographer.

Elizabeth’s message read…”Great day out today at Charleville Show. SonnyBill did the business in a very competitive small hunter class, followed it up with a win in the draught class and put the icing on the cake when winning the Champion Ridden Hunter of the show!!”

(Looks like red, white and blue were the colours of champions yesterday.)