I was at the lively garden party at the Kerry Parents and Friends Day Centre on the John B. Keane Rd. 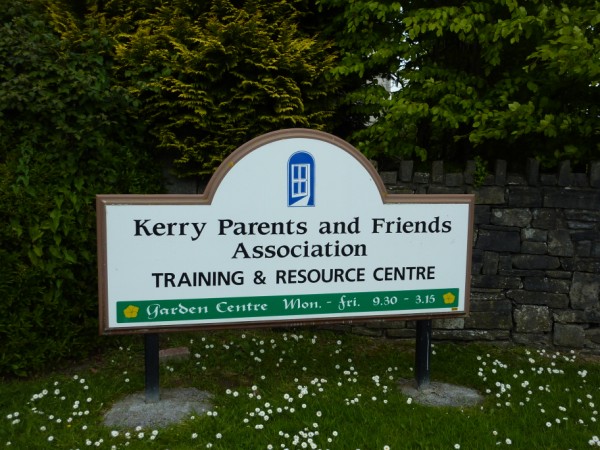 Here is a taste of the day in pictures. 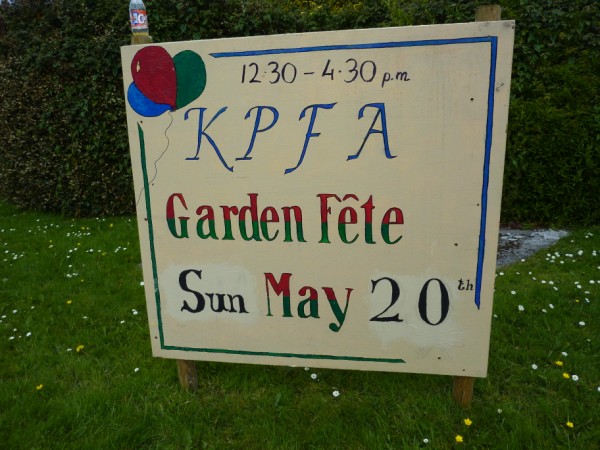 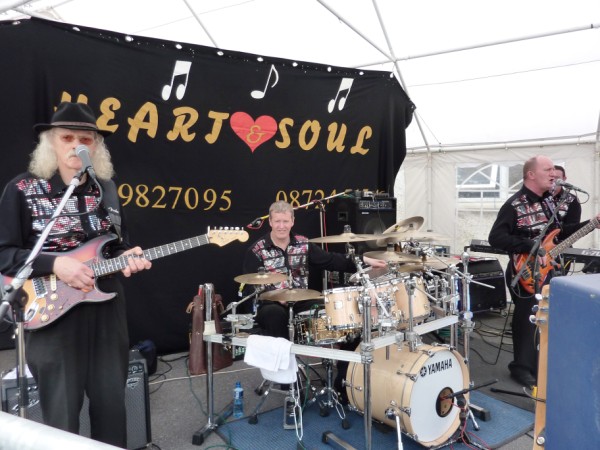 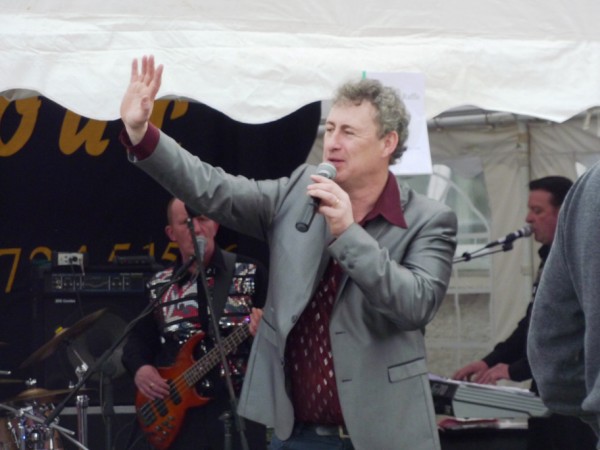 Joe Dolan, Elvis, Cliff he had them all covered. 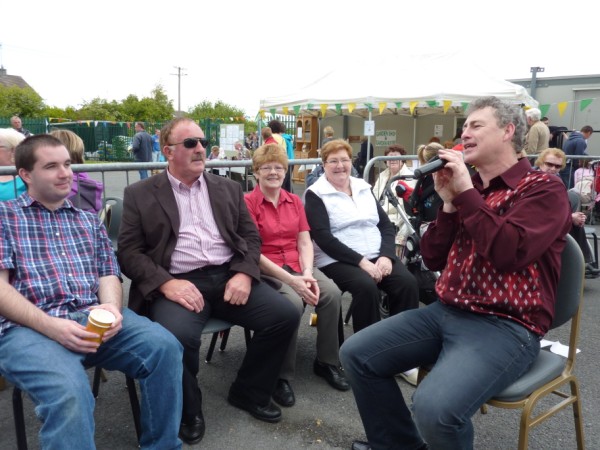 Many in the capacity crowd (including your truly) were treated to a private serenade. 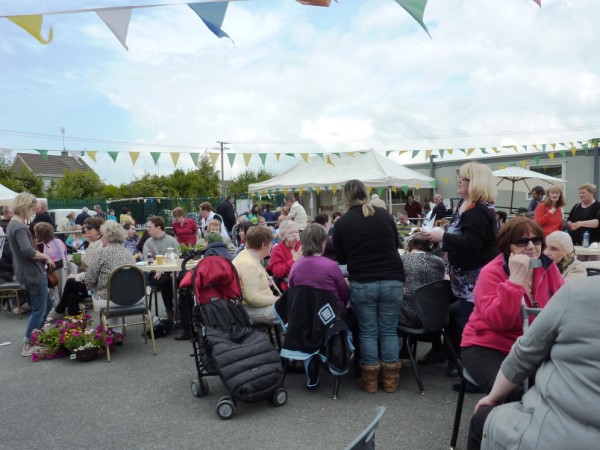 The party went on all day 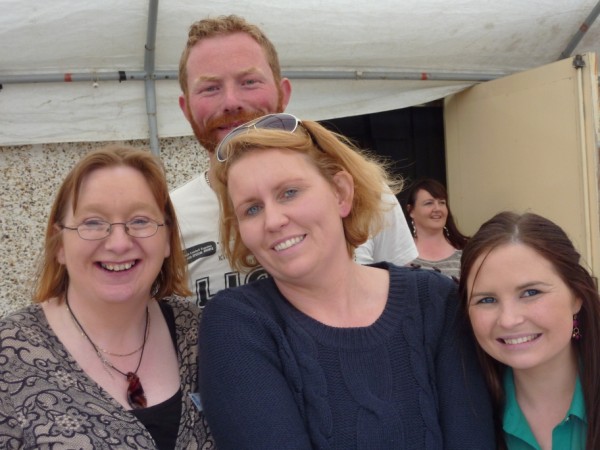 Well catered for by the centre’s staff. 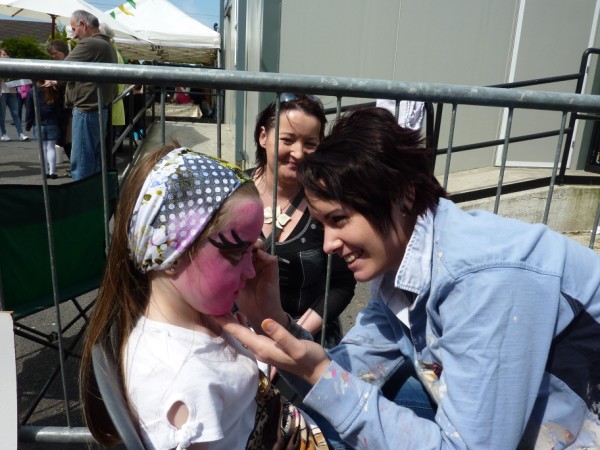 There was face painting, 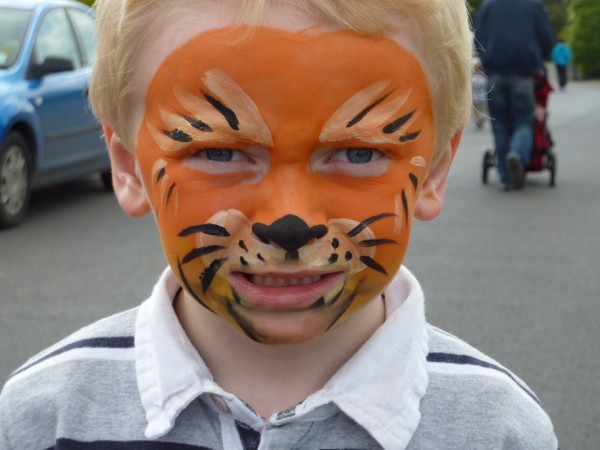 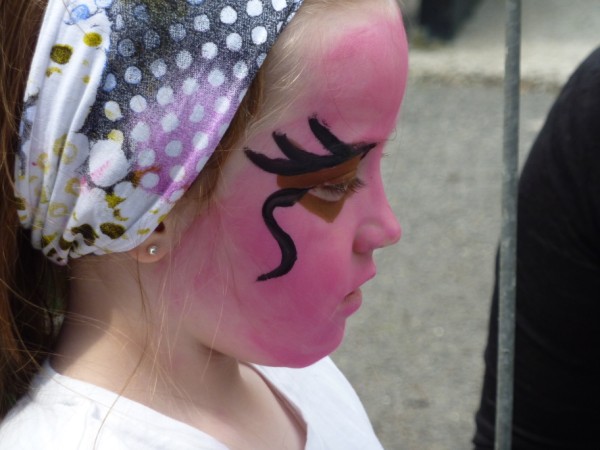 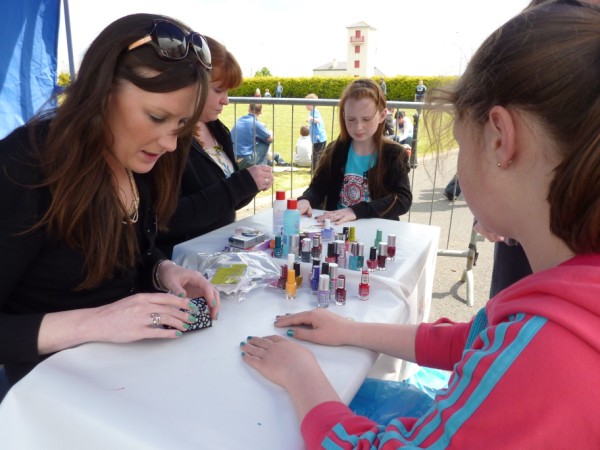 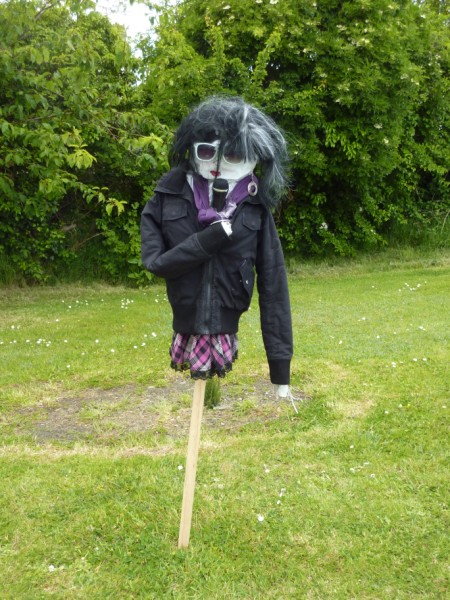 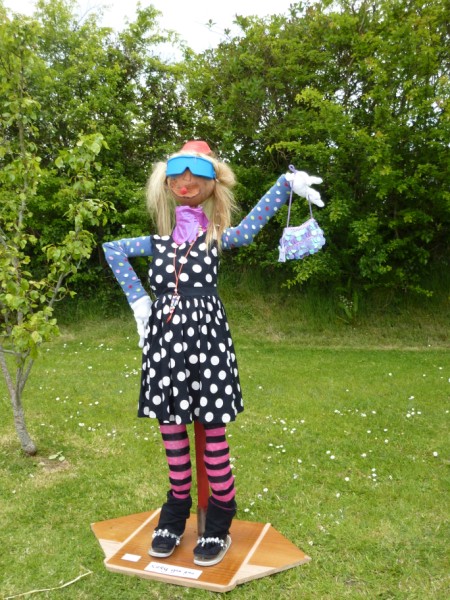 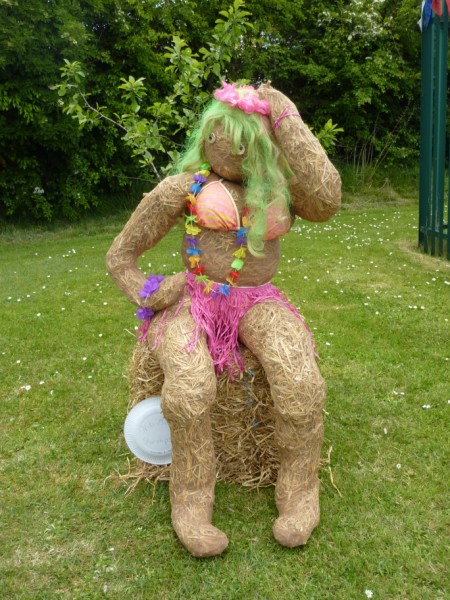 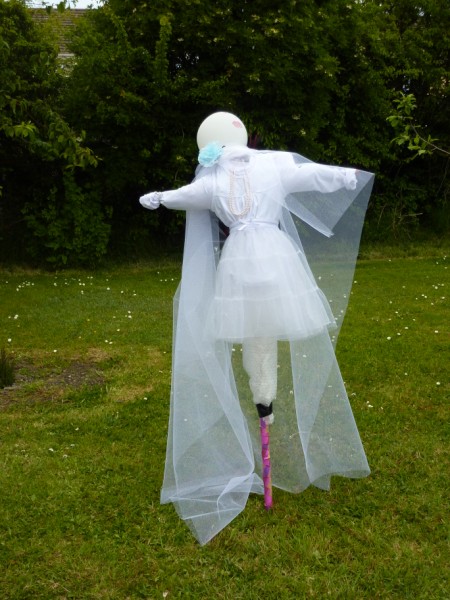 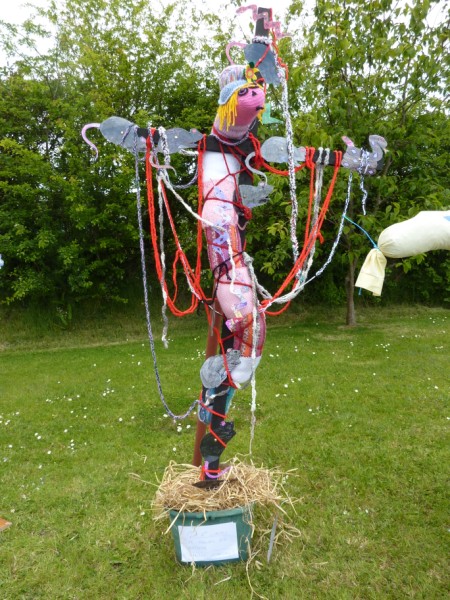 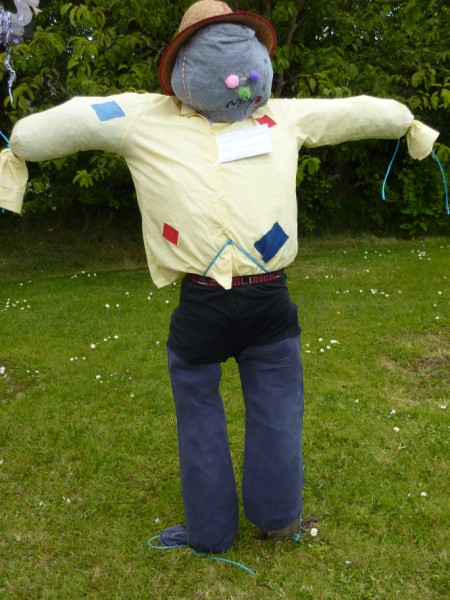 There was a great scarecrow competition. Have you ever seen such artistic creations. Sure the crows would be only flocking to see them. 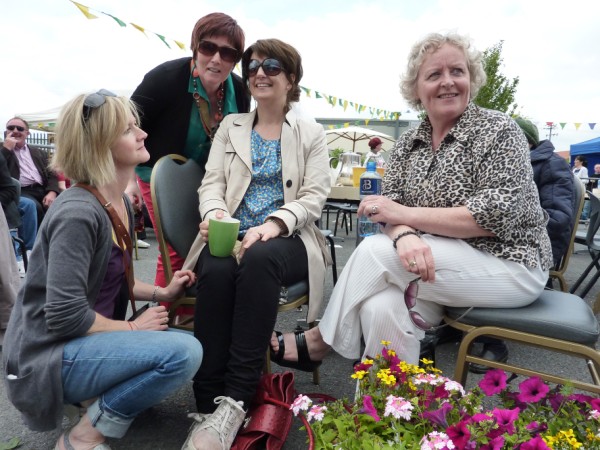 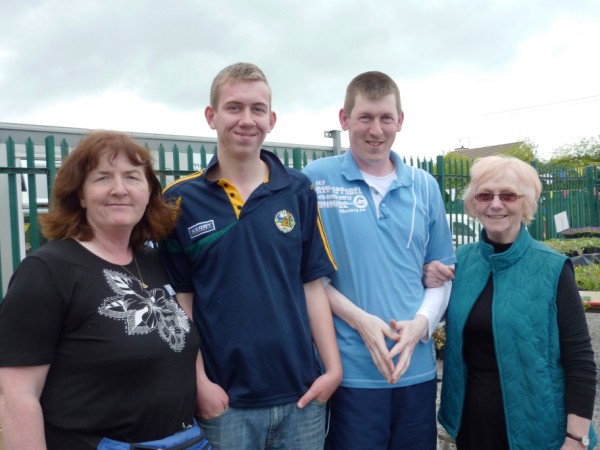 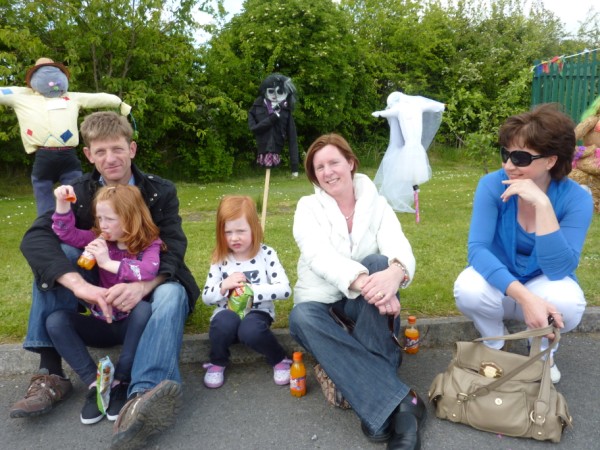 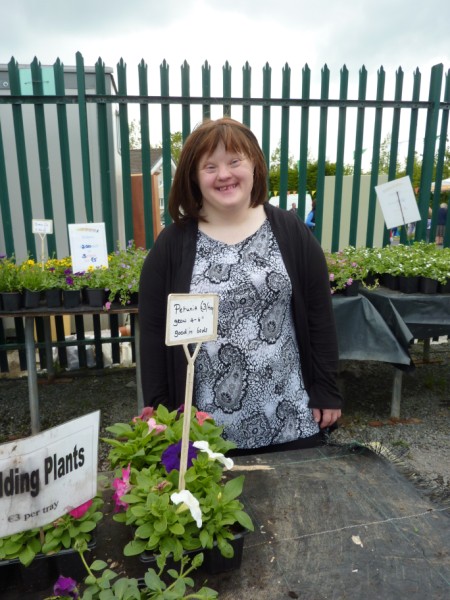 The Irish Times is running a competition to pick the best town in Ireland. Finbarr Mawe wrote the following paen of praise to our beloved Listowel;

Listowel began its noble life as a town in 1600 when Listowel Castle then a stronghold of the Fitzmaurice clan fell to the Elizabethen army under Sir Charles Wilmot. Now over 400 years later, on a guided tour on top of the castle, one can get a panoramic view of the countryside with the silver river Feale right below winding its way towards the sea.

The Garden of Europe (Kerry’s best kept secret) was once and not too long ago the town dump. Now it is an oasis of peace and tranquility with Ireland’s, yes, Ireland,s only memorial to the Holocaust. At the upper end of the garden is a bust of the German phIosopher, Schiller whose caption reads “I embrace my million brothers…” and whose head appears suspended in a shaken state of disbelief as it looks towards the shackles of the memorial.

Listowel is a most caring community, there are so many voluntary groups catering for the intellectually challenged, the elderly and those with special needs. Walk through the streets of Listowel, watch its townspeople, neighbours(everyone in Listowel is a neighbour) exchanging pleasantries, health concerns, unemployment worries, examination hopes and successes. It is this ‘ar scáth a chéile’ approach that makes provincial life in Listowel so personal and heart warming.

Listowel’s píece de résistance is the Lartigue Monorail, a world unique railway system that ran for 36 years until 1924 from Listowel to Ballybunion, take a trip on this replicated train running on one rail, view the footage in the audio visual room which is superb and matched only by the passion of the voluntary staff who run the museum.

Each May Listowel comes alive for Writers Week. Poets, authors, lecturers, comedians and aspiring writers descend on the town to indulge in the literary and creative atmosphere of North Kerry and to celebrate the works of Bryan McMahon, John B Keans and other local gifted playwrights. In September Listowel just ignites for the week of the races, this week can justifiably be described as Ireland’s answer to America’s Thanksgiving. The work for the year has wound down, the hay is saved, the silage cut, the turf is in and Kerry has won or is about to win the All Ireland. The well being in the air is palpable, friendships are renewed with promises to meet again the following year almost always being kept.

But! The jewel in the crown in Listowel’s ‘Centre Ville’ continental type square is St John’s Theatre and Art Centre. This, now deconsecrated, Church of Ireland was handed over to a group of locals over 30 years ago and has been developed into a most intimate 150 seated modern theatre. The strains of Colm Stride O’Brien’s Scott Joplin or Kathy Nugent’s Róisín Dúbh or classical and traditional music may be heard wafting through the air.

Listowel, our town of heritage, with the spirit of volunteerism at its core opens its arms and embraces one and all into its caring and cultural bosom..

Beat that, if you can! 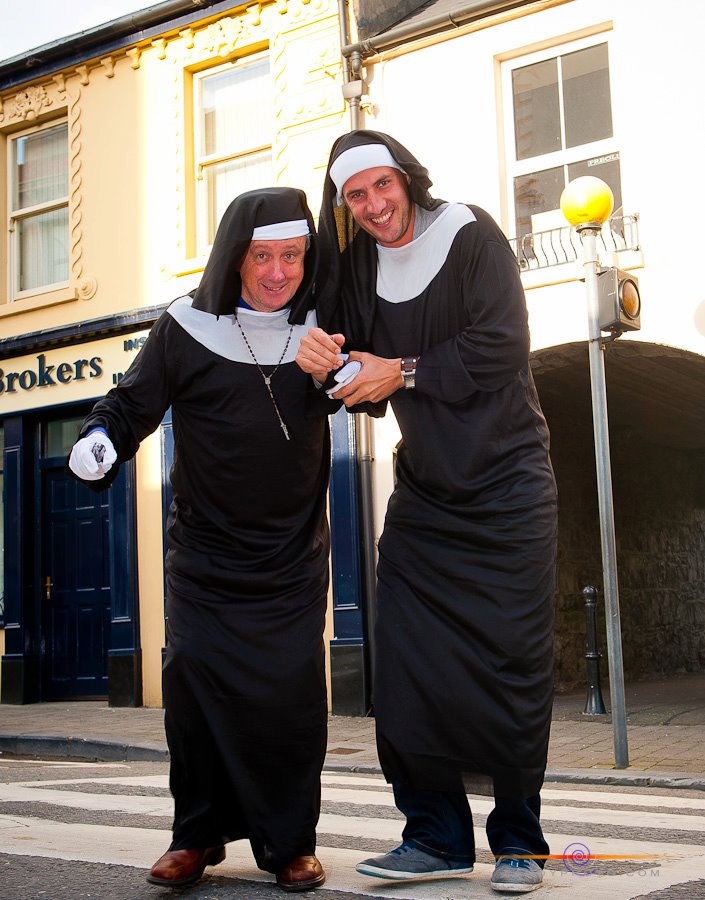 What’s this I hear about Nunday?

Did you ever see two more unlikely looking nuns?

We could be hearing more about this fun event shortly.