Jumbo’s, A New York Obituary and The Christmas Coat 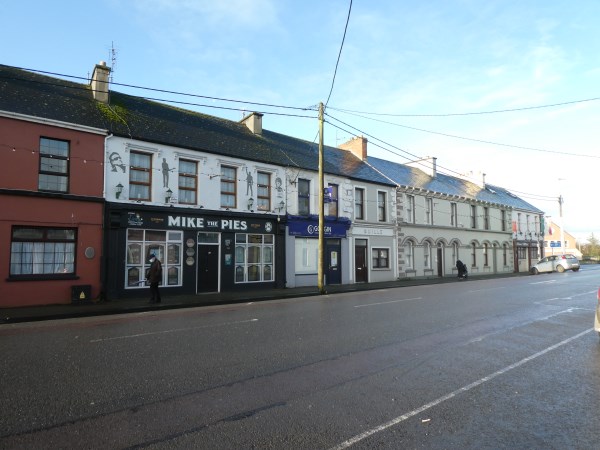 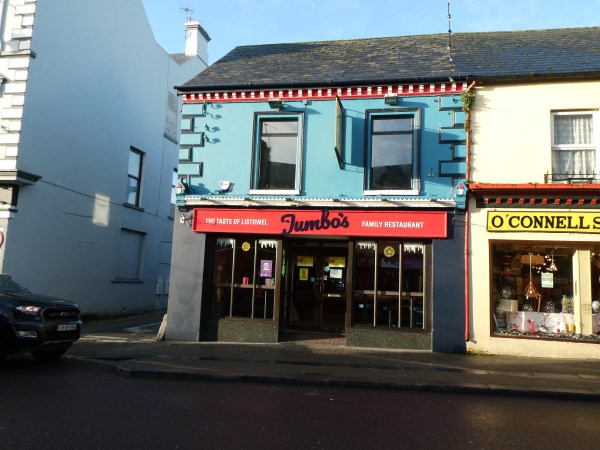 When I was a teacher of English, references to Jumbo’s in children’s essays were a frequent occurrence. Every good day out, every match won or lost, every trip to Ballybunion ended with a trip to Jumbo’s.

Once I was explaining to a class that when it came to the Junior Cert, it may be better to say McDonalds, or even Supermacs because not everyone who was correcting their essays would know that Jumbo’s was a restaurant. “But everyone knows Jumbo’s.” came an innocent reply. I decided to leave well enough alone. If a Junior Cert corrector had never heard of the legend that is Jumbo’s then that was his loss.

Snippet from the papers in 1971

The death has taken place in Dublin of Mrs. Edith Karney, wife of Mr. Joseph Karney, De Vesci Court, Dun Laoghaire, former Aer Lingus pilot and control officer at Shannon Airport. Mrs. Karney, before her first marriage to Captain Bill Cusack, a one-time Aer Lingus pilot who was killed in a Berlin air-lift crash, was, under her maiden name of Edith Newman, a leading Irish fashion model. She then became Aer Lingus’s first chief air hostess, trained many of the earlier hostesses and designed their first green service uniform. After the death of her first husband after one year of marriage she returned to Aer Lingus as Passenger Relations Officer. She was also a member of the teaching staff of the Rathmines High School of Commerce.

When R.T.E. began its television operations she was appointed Head of Women’s Programmes. On leaving R.T.E. she went to the United States where she married Mr. Joseph Karney. While there she filled positions including that of social secretary to Mrs. Heinz, of the food processing firm. She returned to Ireland early this year. Mrs. Karney is survived by her husband, five brothers (including the Rev. Antoine Newman, O.D.C., Gerrards Cross, Buckinghamshire), two sisters and their families. She was an aunt of the Abbey actress, Angela Newman.

This story has become a regular feature of Listowel Connection Christmases. It is my favourite Christmas story from one of my favourite balladeers and essayists.

“ If he’s such a famous  tailor,” said Whisper, “why is it that his arse is always peeping out through a hole in his trousers?”

The first fitting took place of a Sunday afternoon on the mud floor of the McCarthy manse. The blanket was spread out evenly and Anna was ordered to lie very still on top of it. Even I, who had never seen a tailor at work thought this a little strange. But my father soon put me to rights when he said, “Stop fidgeting, Seáinín, you are watching a genius at work.” Chalk, scissors, green thread and plenty of sweet tea with a little bit of bacon and cabbage when we had it. A tailor can’t work on an empty stomach.

Eamon Kelly, Billy McSweeney and I Remember Christmasses past and an Appreciative and Appreciated email